Drylok is a brand of waterproofing and sealing for masonry. The product comes in different tints, though the selection is limited. You may be wondering if you can tint Drylok on your own. Based on our research, we will answer this question for you.

Yes, you can tint Drylok. You can do this by mixing it with a small amount of acrylic paint. You can also get Drylok pre-tinted. It comes in six different tints and four solid colors: blue, white, gray, and beige.

When customizing products like Drylok, you want to do it in a way that will not compromise its performance. We will go over the ways to tint Drylok properly. Aside from this, we have some tips on using Drylok with other materials. Read on! 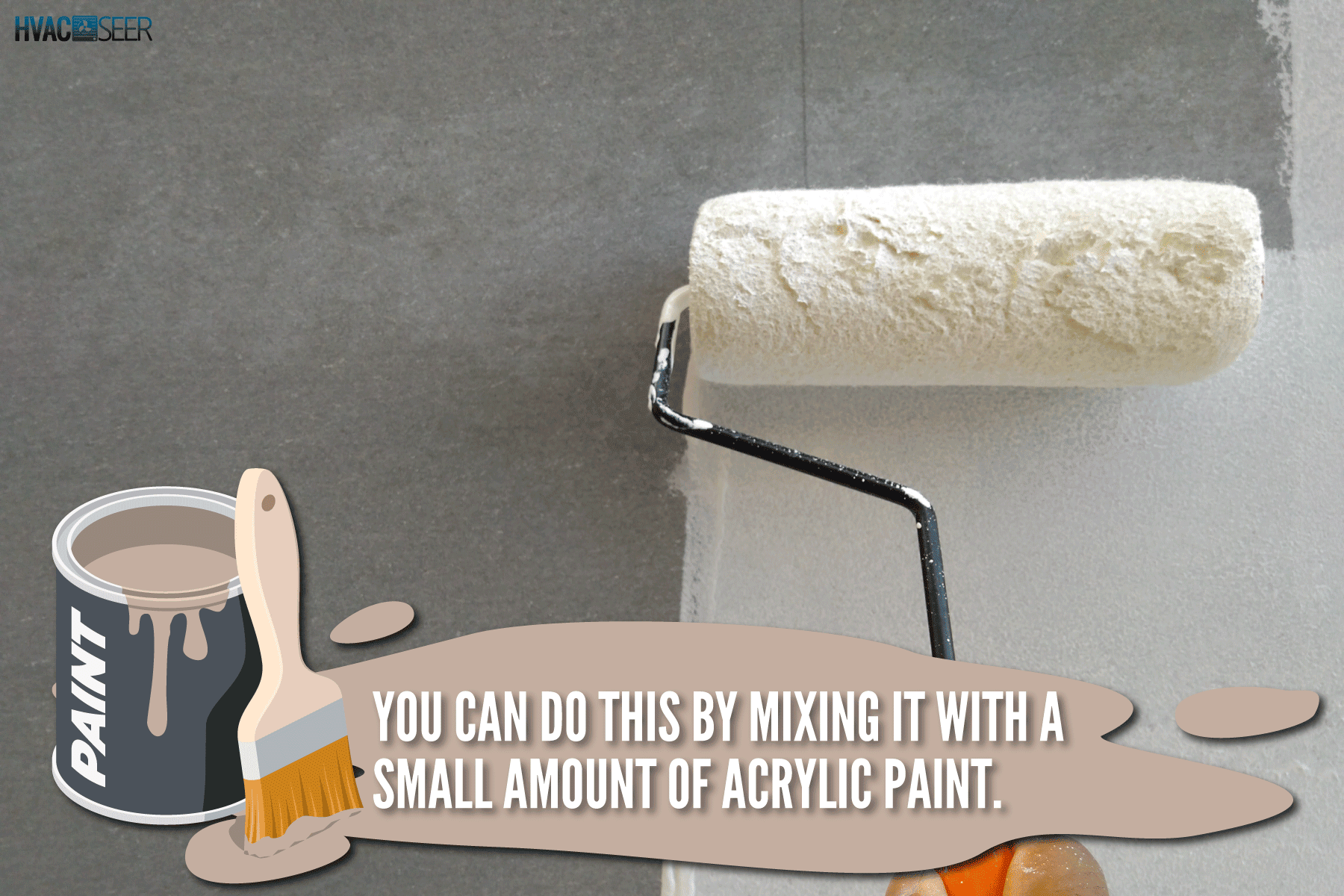 Can You Mix Drylok With Paint?

You can mix Drylok with paint to tint it. It is a good idea to tint with white since the other colors will affect how your tinting will turn out.

You should use acrylic paint since Drylok is latex or oil-based. Also, only use a small amount of paint, or else tinting might ruin the product.

It's important to note that mixing paint into Drylok voids its warranty. If you mix too much paint, it dilutes the effects of Drylok. It may eventually not apply as well or waterproof as it should.

You should avoid tinting Drylok yourself if possible, especially if you're concerned that this could ruin the product. Instead, opt for the already existing pre-tints and colors.

According to the manufacturer, Drylok is an ideal base coat. This means you can paint over it after it dries! So, rather than mixing a tint into it, apply the product as is and wait for it to dry for at least 24 hours.

Once the Drylok coat is dry, you can apply latex paint as the top coat.

The Drylock product line also offers latex concrete floor paint. You can use this paint on top of the waterproof seal or use it on its own.

The floor paint works simultaneously as a paint and primer, so ideally, it should be able to do the job you need.

Can You Spray Paint Drylok?

Considering that you can paint over Drylok, spray paint should work fine as long as the Drylok bottom layer is completely dry. You can achieve an even coat of spray paint on top of it. Use latex-based acrylic spray paint.

Conversely, while you would usually apply Drylok as if the coating were on normal paint or primer, you can also use it as a spray. Use a heavy-duty sprayer with a 2200 to 250 psi spray pressure.

Spray painting does take some practice. Also, note that it might not work for all Drylok variations.

Do not thin the Drylok before spraying since this could lessen its effectiveness. The product itself warns against doing this.

You can stir the product instead before application. If any of your Drylok products require water, then you cannot spray them.

Aside from handling the product properly, you also want to protect yourself. Inhaling fumes and spray is a health risk so use a respirator when working. You can also use gloves and safety goggles for extra protection.

Drylok recommends using a brush for application. This helps you access the tough-to-reach areas of your masonry, especially on uneven surfaces.

Rolling on Drylok, on the other hand, requires careful application. You need to back brush each time to completely cover any pores and holes.

Do You Need To Apply Two Coats Of Drylok? 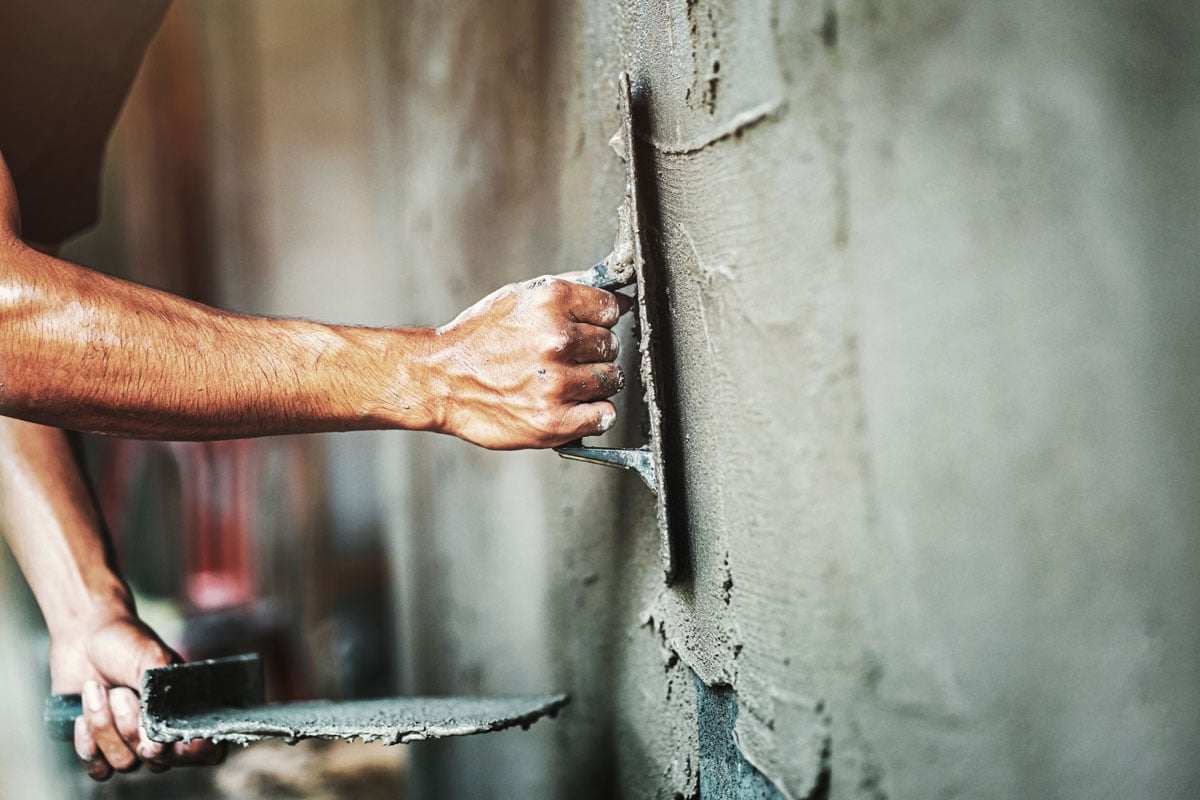 Applying two coats is optimal when layering on Drylok. The manufacturer offers 10- and 15-year warranties when the product is applied in two coats. This ensures that the masonry is waterproofed as long as you double-check any leftover holes and leaks.

Initially, you may not think it is wise to apply more than one coat of Drylok. Do not let the product's viscosity mislead you, as it was specifically made that way. Never mix Drylok waterproofer with water.

Apply the Drylok as is in even coats, ideally when the weather is at least 50 degrees F. After laying on the first coat, wait at least three hours for it to dry, and add the second coat.

Seal up any patches as you go. You can leave it as is or paint over it after at least 24 hours.

Is Drylok Water Or Oil Based? 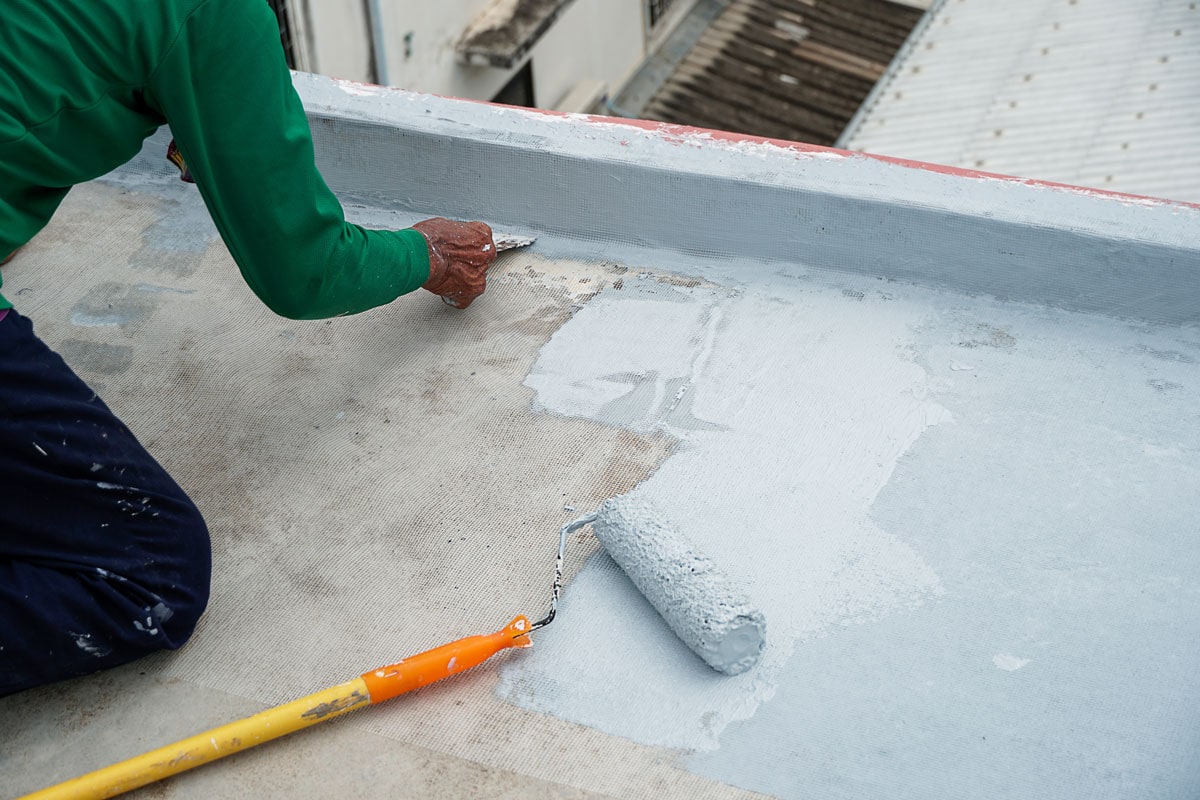 As previously mentioned, Drylok is latex-based, which means it is oil-based. It is intended to serve as a film over cement that does not absorb into its pores.

This way, Drylok can make your masonry completely waterproof.  It can stop leaks and reduces vapor transfer.

Waterproofing using Drylok or similar products is important to keep masonry from wearing down. Basements are prone to water damage or spalling, wherein moisture breaks down the surface due to high humidity from lower and underground levels.

Proper application of at least two coats of Drylok will prevent spalling. Other methods, such as ventilation and drainage, may also work to prevent this, but they can be tricky compared to oil-based solutions.

When Should You Not Use Drylok?

Proper Drylok application requires a bare, dry surface, not a wet or waterlogged surface. In the latter case, you need to dry it first.

Damp surfaces may be a little more forgiving but are not ideal. Water prevents Drylok from curing. You cannot use it on a leaky wall. Patch any water leaks from your wall before drying if you want to seal it with Drylok.

Drylok waterproofing is also not made for floors. This is where the brand's latex paint comes in handy. As mentioned, Drylok latex paint works as well as a primer and seal for concrete floors.

Why Is My Drylok Turning Yellow? 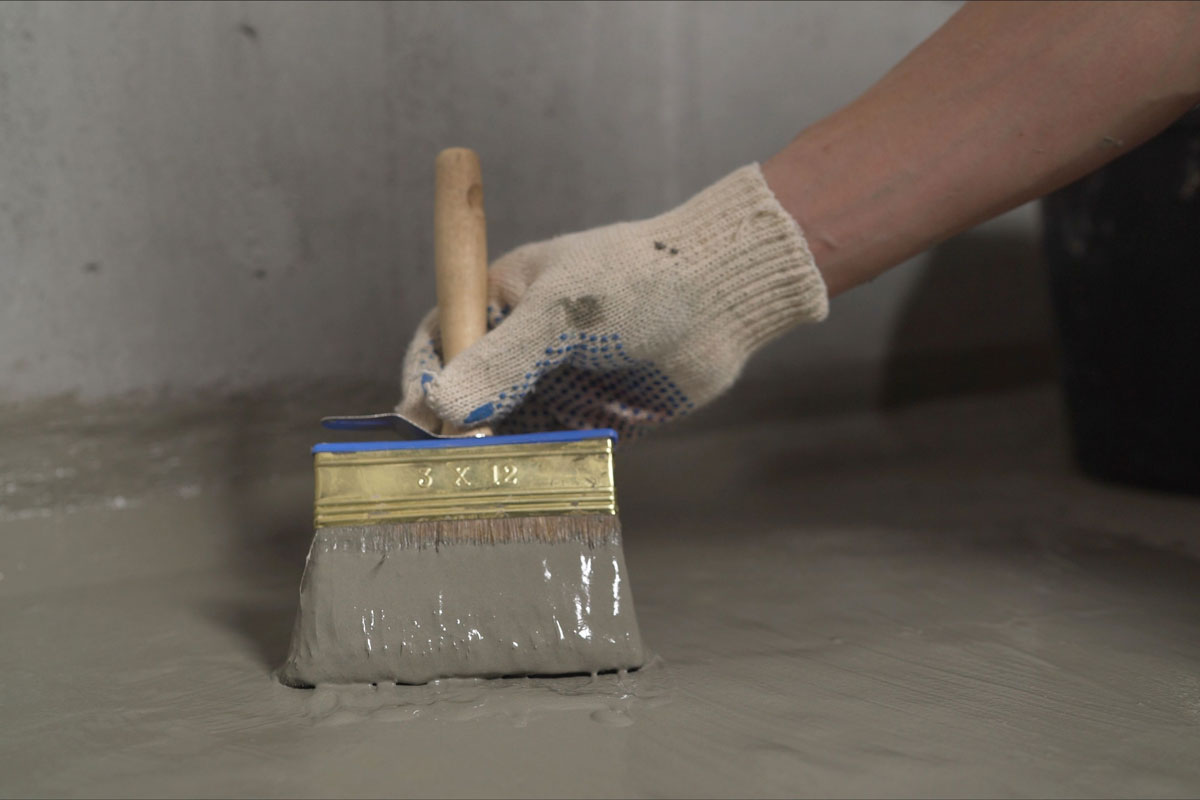 Finding yellow stains on a coat of Drylok is an indication that there is moisture present. Despite the waterproofing, water can still manage to make its way into your basement leading to discoloration.

The main cause for this issue is that the product was unable to cure properly. A wet wall or humid and wet weather during the time of application can also be the root of this problem.

To fix this, you must stop the water source since the stains already mean the waterproofer has failed.

Can Mold Grow On Drylok?

Drylok is mold and mildew resistant. It has a mildewicide additive that prevents the growth of mold. If you spot mold growth on a coat of Drylok, it is cause for concern.

As with the case of yellow stains, any mold or mildew present points to moisture. Drylok that has been applied well will have practically no mold growth.

Why Is My Drylok Peeling?

One more effect of moisture present underneath Drylok is flaking. Drylok can take up to 10 psi of water. However, there are cases where too much water pressure can occur, for example, from high volumes of waterlogged soil or a nearby body of water.

The water pressure can push into cement, causing moisture. Badly cured Drylok will be unable to deal with the moisture, resulting in flaking.

How Long Will Drylok Last?

Products typically last as long as the warranty guarantees. However, the warranty can be voided due to improper product use. You can read in detail the warranty specifications that come with your product or check the Drylok website. 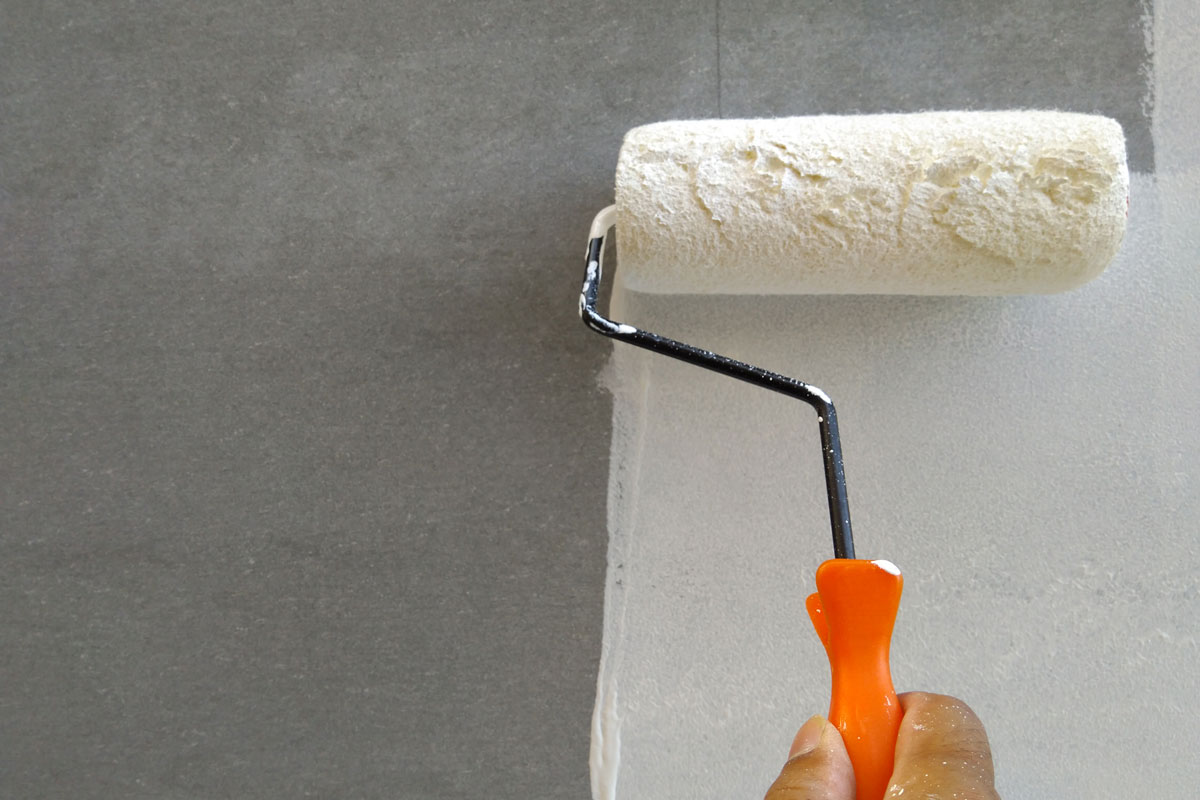 Drylok can be tinted with acrylic or latex-based paints. However, you do not typically have to do this since the brand already manufactures pre-tinted and colored variations.

Adding too much paint to Drylok alters its dilution, causing it to have poor performance or not work. Badly cured Drylok is susceptible to water damage like stains, mold, and peeling.

Did you find this post helpful? If you did, check out our other articles before you go!

How To Apply Drylok [A Detailed Guide For Beginners]

What Color Is Cellulose Insulation? What Does It Look Like?

How Many Air Filters Does A House Have? [And Where Are Filters Located]

How Can I Insulate My Garage Cheaply? [5 Suggestions]

Should AC Drain Line Be Capped?

Should A Fireplace Match The Kitchen Backsplash Or Cabinets?

Can You Insulate Around Wall Heater?