Ozone generators are marketed as an efficient way to remove odors and indoor air pollution. And you may be aware that ozone can adversely impact one's health. But have you ever wondered whether it can also damage the electronics in your home? We gathered information about this, and here is what we learned.

Yes, the ozone generator can damage your electronic equipment. Ozone exposure shortens the lifespans of materials and products and gradually degrades both their functional and aesthetic aspects.

Having said that, we'll now delve into what other materials can ozone damage. We'll also talk about how ozone generators produce ozone, what makes them harmful, and what their effects are on humans and the environment. In addition, we'll give you some other methods to control air pollution inside your home. So keep reading! 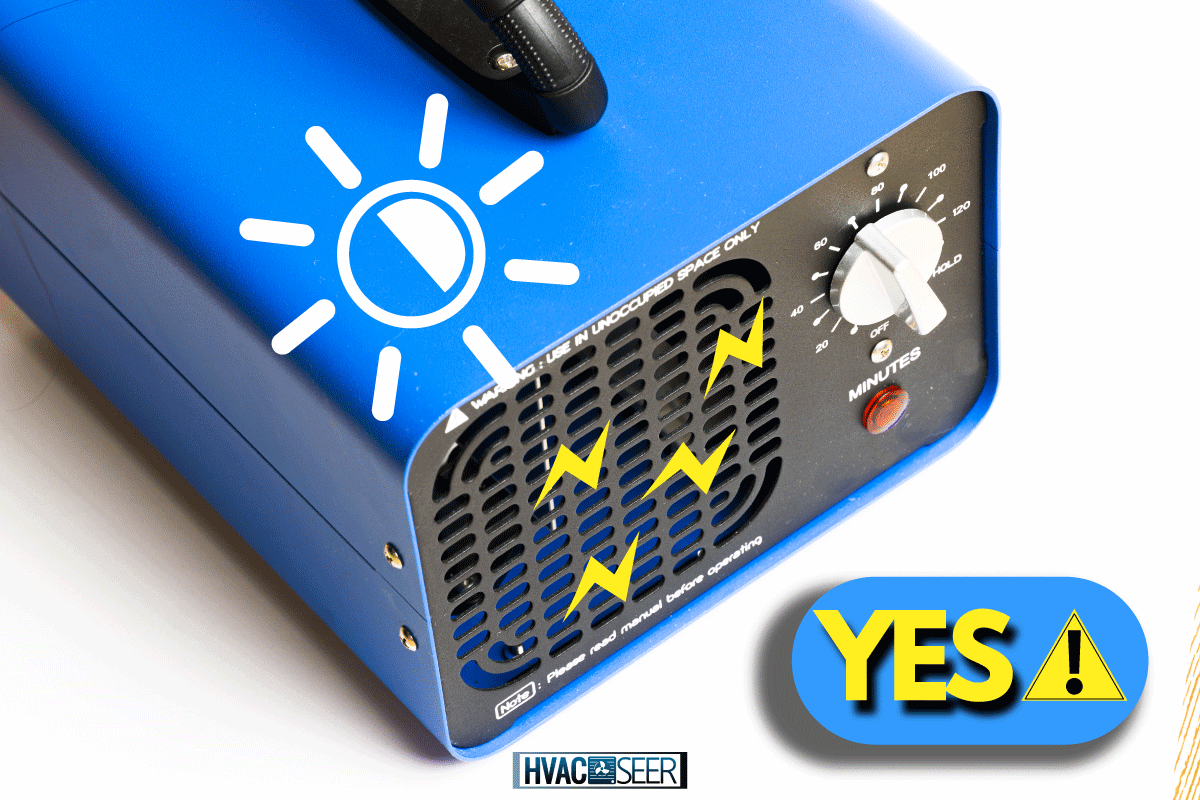 What Materials Do Ozone Damage?

A wide range of materials can suffer significant damage from ozone, specifically:

Due to the higher expenses of maintenance, upkeep, and replacement of these materials as a result of damage from ozone exposure, there may be substantial economic losses. 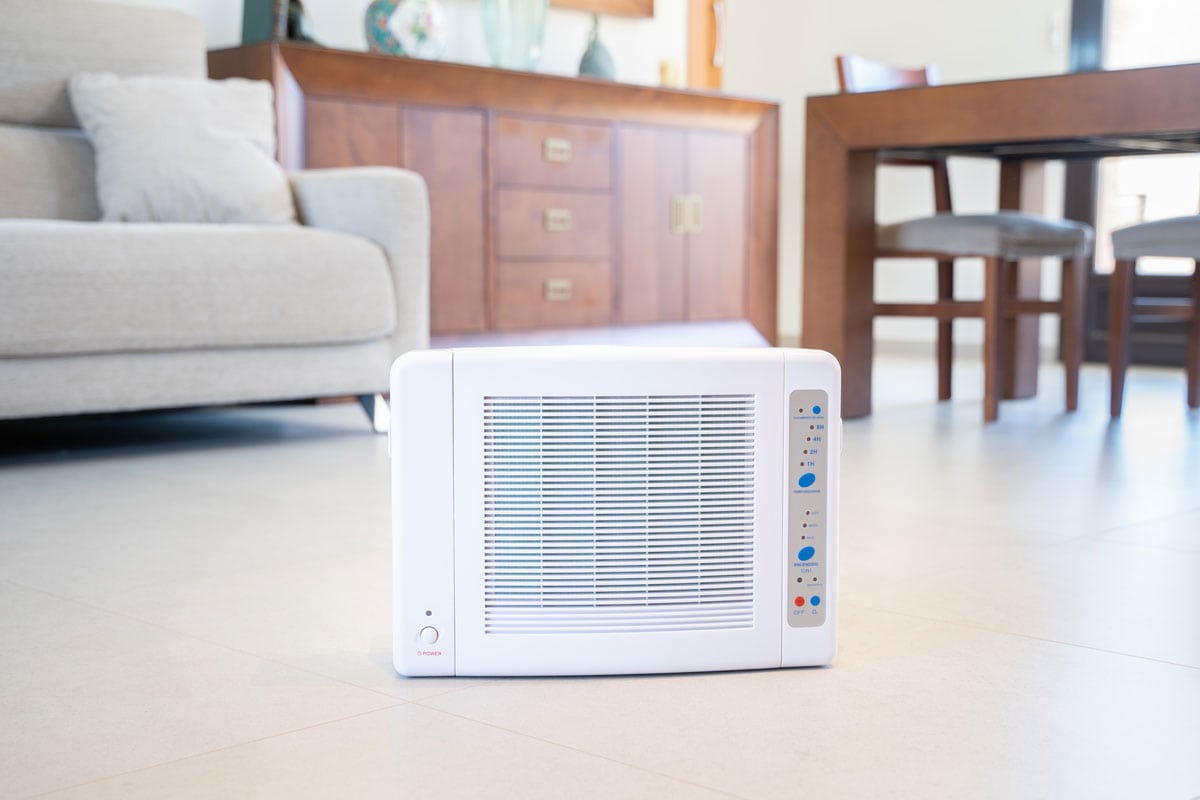 How Do Ozone Generators Produce Ozone?

Ozone generators create ozone by dissolving oxygen molecules, which can be done in one of the following ways: 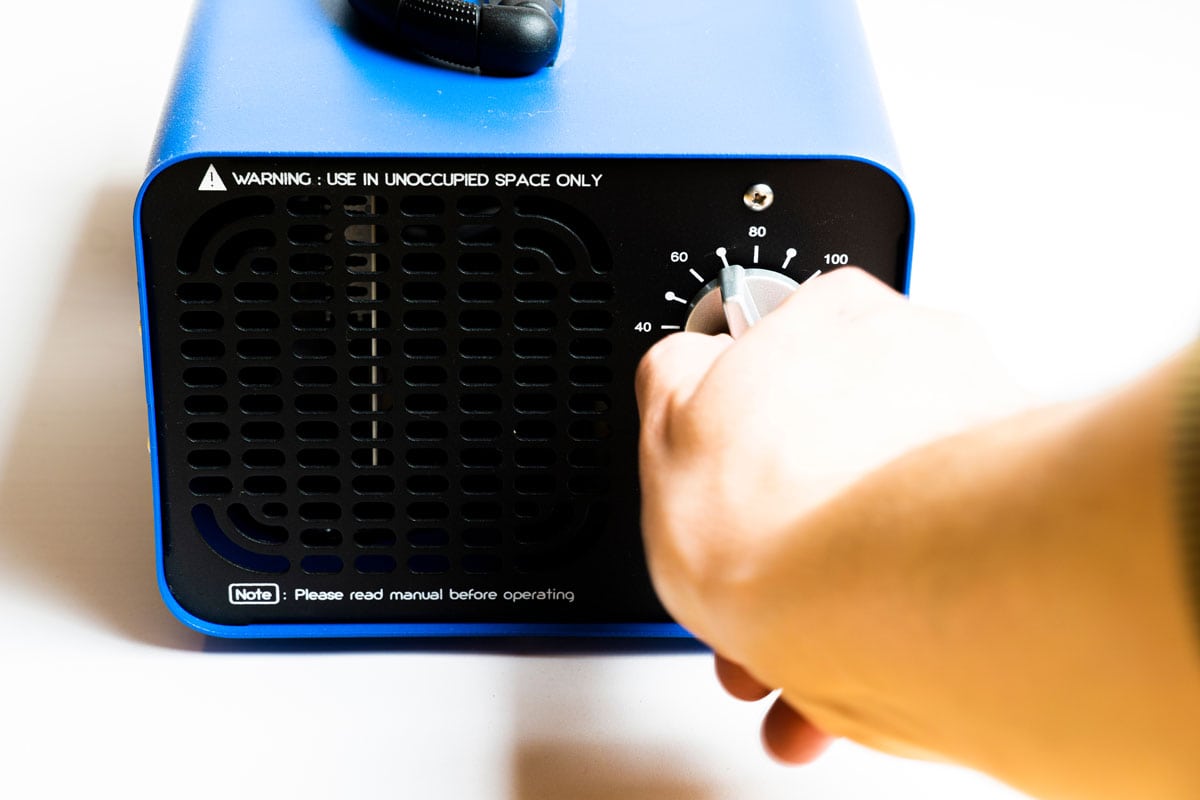 The breaking of regular oxygen creates ozone into single oxygen atoms, which subsequently bind to O2 to form ozone in all electrical discharges, such as lightning (O3). This idea underlies the operation of silent corona discharge ozone generators.

This process is comparable to how ozone is created in the upper atmosphere when the sun's UV energy splits oxygen dioxide into its component atoms. The widespread consensus is that corona discharge is a more effective technique than this one.

What Are The Risks Of Ozone Exposure?

Sadly, the same chemical characteristics that allow ozone to react with organic stuff outside of homes also allow it to do so with organic material inside of people.

The following conditions can arise from exposure to ozone, even at low levels:

Some individuals are more vulnerable than others and may be more prone to negative health effects. Children, the elderly, and people with asthma are in increased danger.

How Much Ozone Is Good For Indoor Use?

The highest level of pollution that can be present in outdoor air without endangering human health is specified by ambient air quality guidelines.

Following a thorough analysis of the scientific literature, the California Air Resources Board (CARB) adopted an 8-hour ozone threshold in 2005 of 0.070 ppm while maintaining the one-hour 0.09 ppm standard that had been set in 1987.

If exposed to levels above these criteria, evidence from the evaluated studies suggests that both adults and children could have serious negative health impacts.

How Do Ozone Generators Help With Odor Control In Homes?

At this point, you are now aware that ozone generators may be unhealthy for you. Despite the dangers, they are quite effective at cleaning, sanitizing, and getting rid of unpleasant odors. 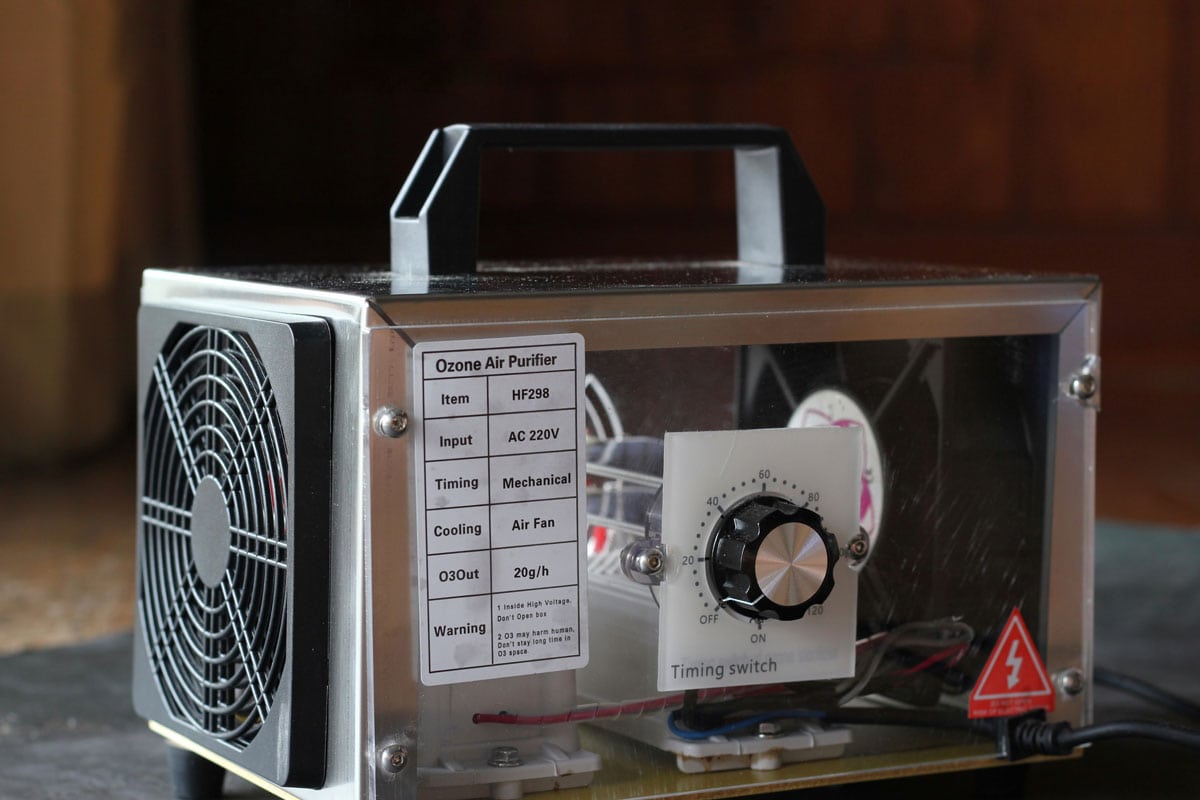 Some people use ozone generators to remove bad odors such as:

The most frequent cause of that odor associated with pets, which is challenging to eliminate using conventional ways, is pet dander, which is made up of skin flakes.

Some animals may have accidents and leave some excrement on the floor or on the carpet, which can produce more offensive odors. On the other hand, you might be entering a house where there have previously been dogs.

If this is the case, you must get it as clean as you can because the smell can still linger. Fortunately, pet dander and other odor-causing microorganisms are penetrated by ozone generators, which work on cats, dogs, ferrets, and even fish.

Cars can emit noxious scents like carbon dioxide, oil, or gasoline. A peculiar smell develops in metal after prolonged use. Therefore, you should keep an ozone generator running in your car or your garage.

Remember that metal and ozone gas don't mix well, so it's a good idea to cover your metal tools and move your car out of the garage. Don't forget to remove all personal items from your car as well.

Cigarette smoke discolors and creates stains in some areas. It discolors walls, furnishings, clothing, and even your body. If you don't make a significant effort to get rid of the smoke smell, it will linger for a while.

People frequently employ ozone and other more aggressive odor elimination techniques since it is a challenging stench to eliminate.

Ozone is frequently promoted as the ideal hunting solution. Since deer hunting is one of the most widely played games, many people frequently ask if ozone can increase their chances of catching deer.

Using an ozone generator can help you have more success while hunting. The deer won't be able to smell you thanks to this technology, unlike earlier when it did and began to flee when it spotted a hunter.

In the absence of fresh oxygen, mold and mildew thrive in damp, dark areas like the walls and floors. They can make people sick and are hazardous to humans.

The mold needs to be removed first to get rid of the smell. Run an ozone generator after that in the room where the mold was. It is a good idea to place it close to the area where the mold was. As you would in a typical ozone treatment for a room, you should run it for 3 to 6 hours.

There shouldn't be any additional smell in the room after that. The mold will likely return and continue to spread if the water damage or other factors that contributed to its growth have not been addressed.

Simply leaving the windows open or performing simple cleaning can't always get rid of strong body scents. Particularly in the living room and bedroom, this occurs.

Additionally, as our perspiration evaporates, it spreads our odor to various surfaces, including furniture, curtains, and more.

Many people enjoy cooking, but some foods, like curry, garlic, and cabbage, can leave unpleasant odors. This is where an ozone generator can help. Additionally, pesticides and other dangerous compounds on vegetables and other foods can be destroyed by ozone.

Cover any cookware or cooking utensils that you don't want to risk having damaged if you use the ozone generator in your kitchen. As mentioned, metal suffers serious effects from ozone and rusts quickly as a result. It is sufficient to just cover them with a bag or tarp.

You can read this article on this page to know more about smoke smells and ozone generators: "Will An Ozone Generator Get Rid Of Smoke Smell?"

What Are The Dos and Don'ts When Using An Ozone Generator? 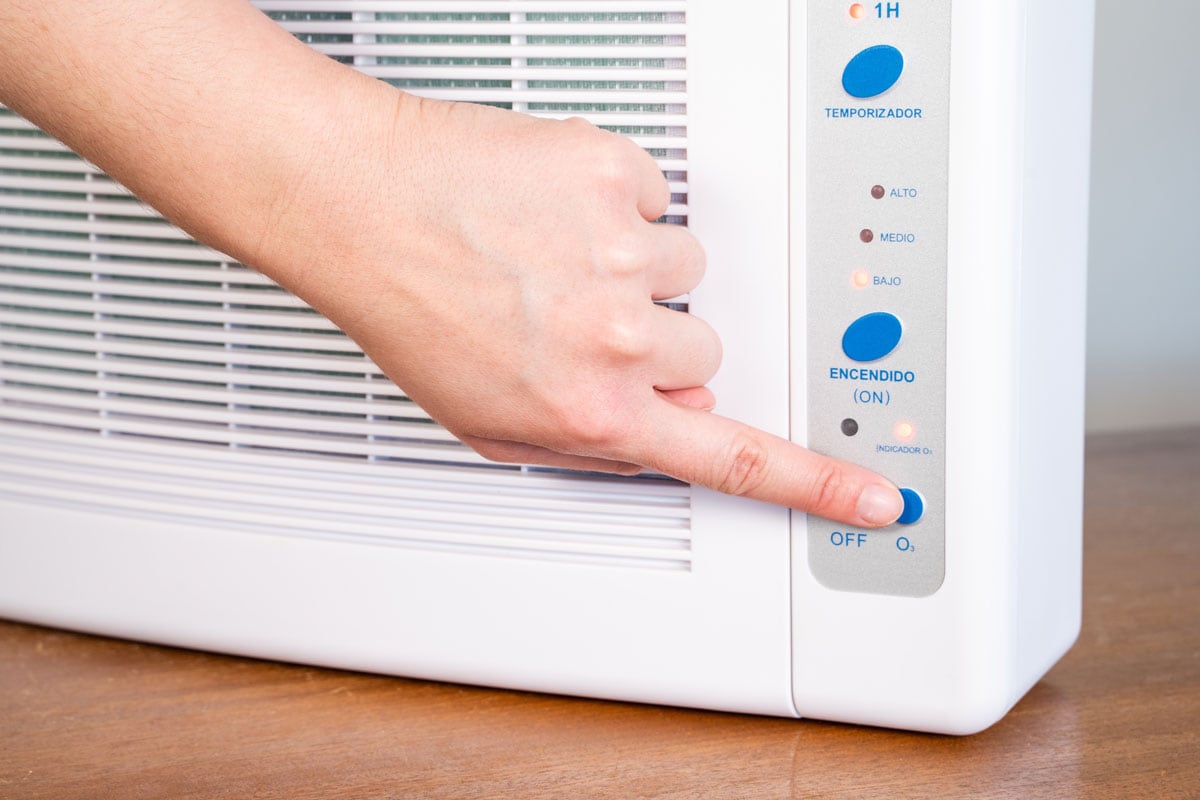 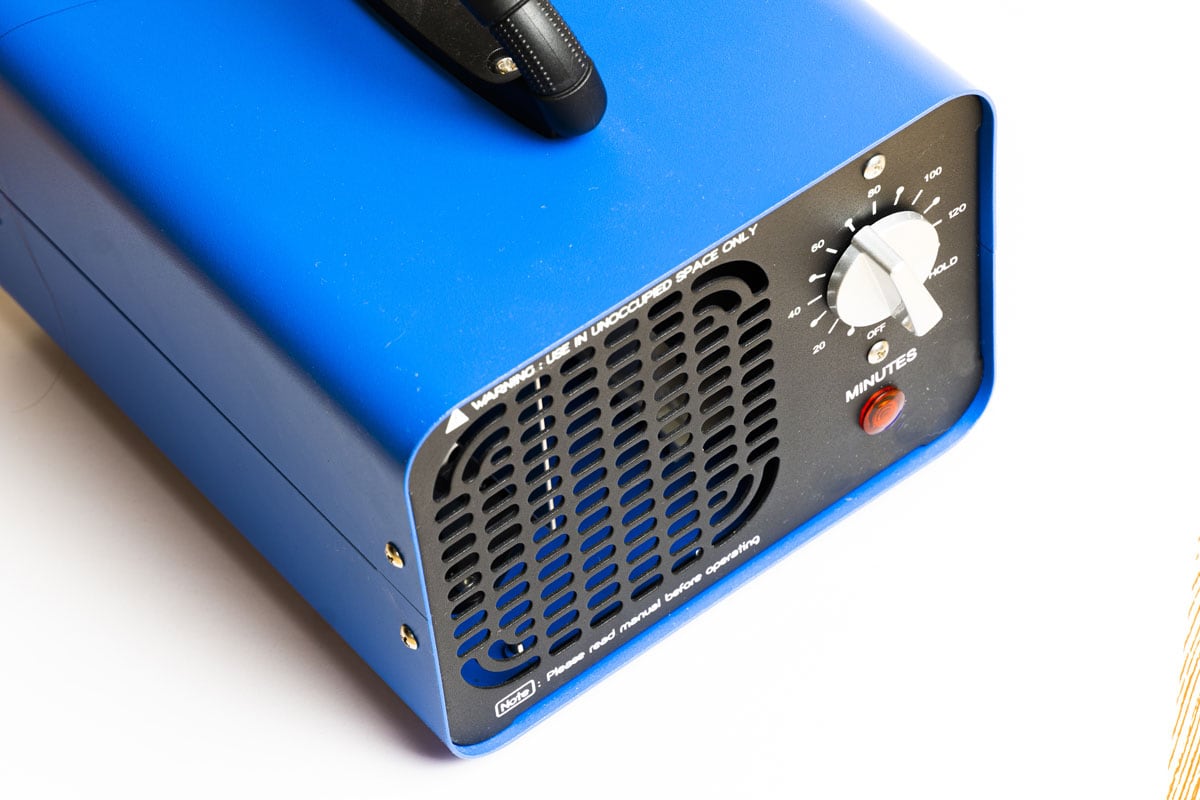 Aside from ozone generators, there are still other indoor air quality control products you can use. Avoid using an ozone generator, especially if you have valuable electronic materials or equipment since they can be damaged.

If you don't know how to use an ozone generator, you can check out this article: "How To Use Ozone Generator In Your Home."

Before you leave, you can check out these related articles on this page:

How To Use Nature Fresh Air Purifier Bags

Ductless Air Conditioning Not Cooling – What Could Be Wrong?

Basement Vapor Barrier: Yes Or No? [Pros And Cons Explored]

Which Direction Should Ceiling Vents Point?

How To Drain Dehumidifier With A Hose

Coleman Mach AC Making Loud Noise – Why And What To Do?