Burning wood in the fireplace has a means of making people comfortable, especially during colder seasons, but we can’t just pick any type of wood for burning. However, some people live where pine trees are just around the corner. Maybe, you are one of those people who ask the question, “Is it good for indoor firewood?” This article contains answers to relevant questions that pop up in your mind whenever you see a pine tree nearby.

Yes, you can burn pine in a fireplace, but for safety considerations, it is highly recommended to season it before you use it. Burning unseasoned pinewood can be hazardous and can put a person’s health at risk.

It is essential to be well-informed. At this point, we will discuss further and delve into the process to make a pinewood safety to use. So keep on reading! 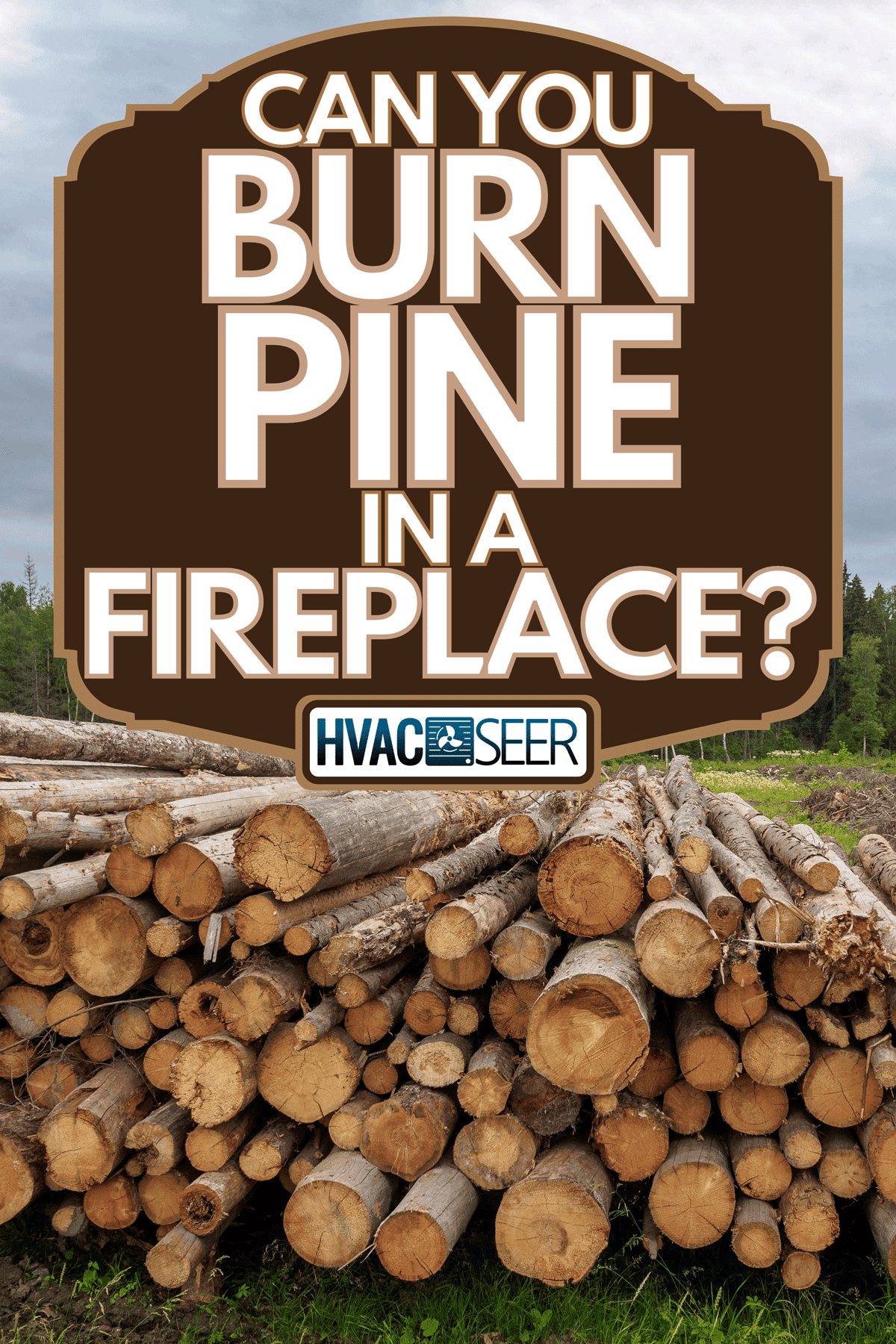 Pine is a common wood usually used outdoors. It is a good fire starter, particularly because it has so much resinous sap. This sap acts as a good ignitor, helping you to get a fire started quickly and easily.

However, you need to be careful about using it indoors due to the risk of creosote build-up. When burned, wood produces creosote, a black, tar-like substance that forms inside your chimney when smoke doesn’t entirely escape.

Pine wood causes the most creosote due to its high sap content. The unseasoned pine can produce a large amount of smoke as it burns off moisture. This smoke will make the chimney dirty, usually creating a dangerous amount of creosote which may lead to fire hazards. 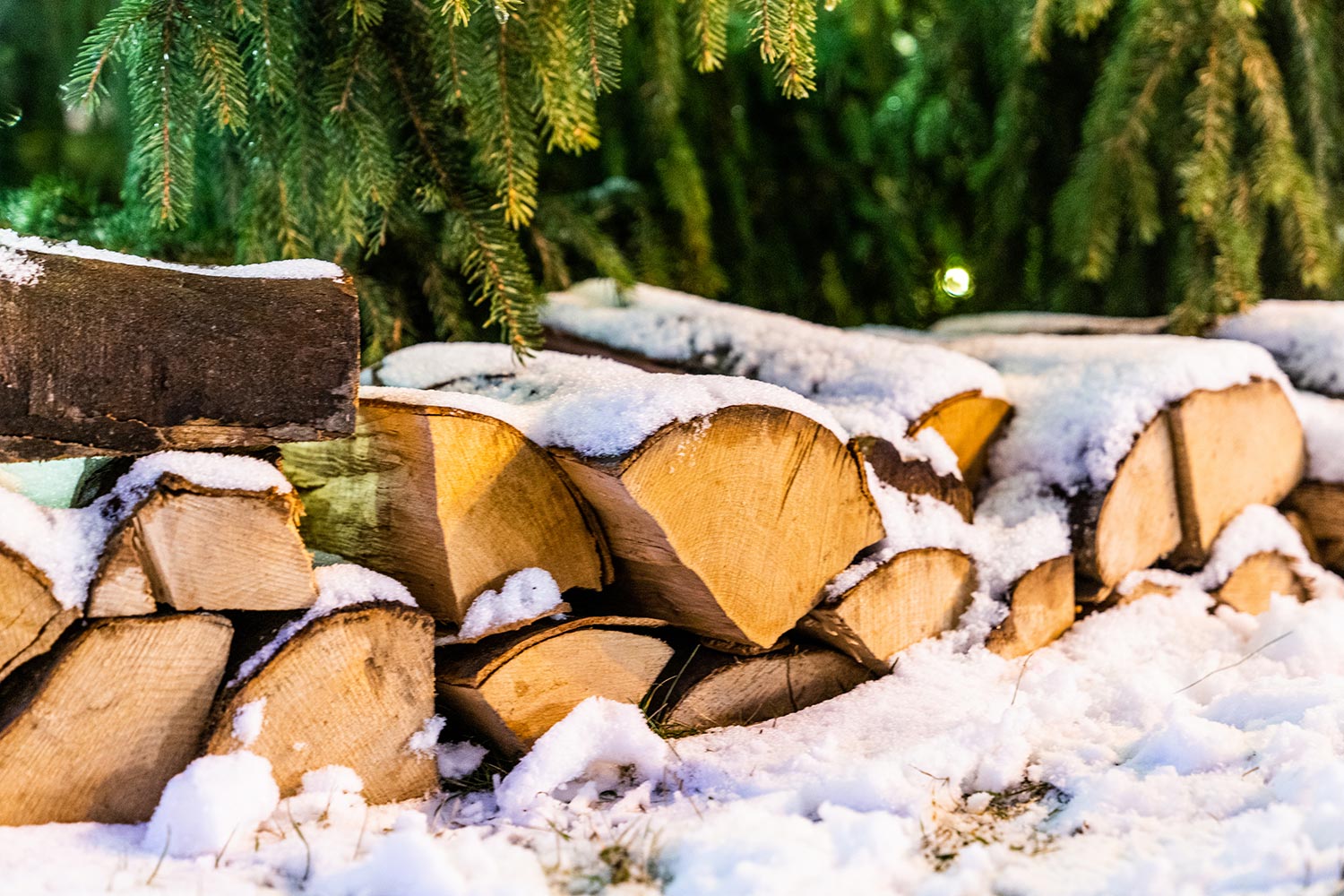 Wood in the forest tends to absorb moisture from the air. Moisture influences the strength of the wood. It can be measured using the moisture meter. 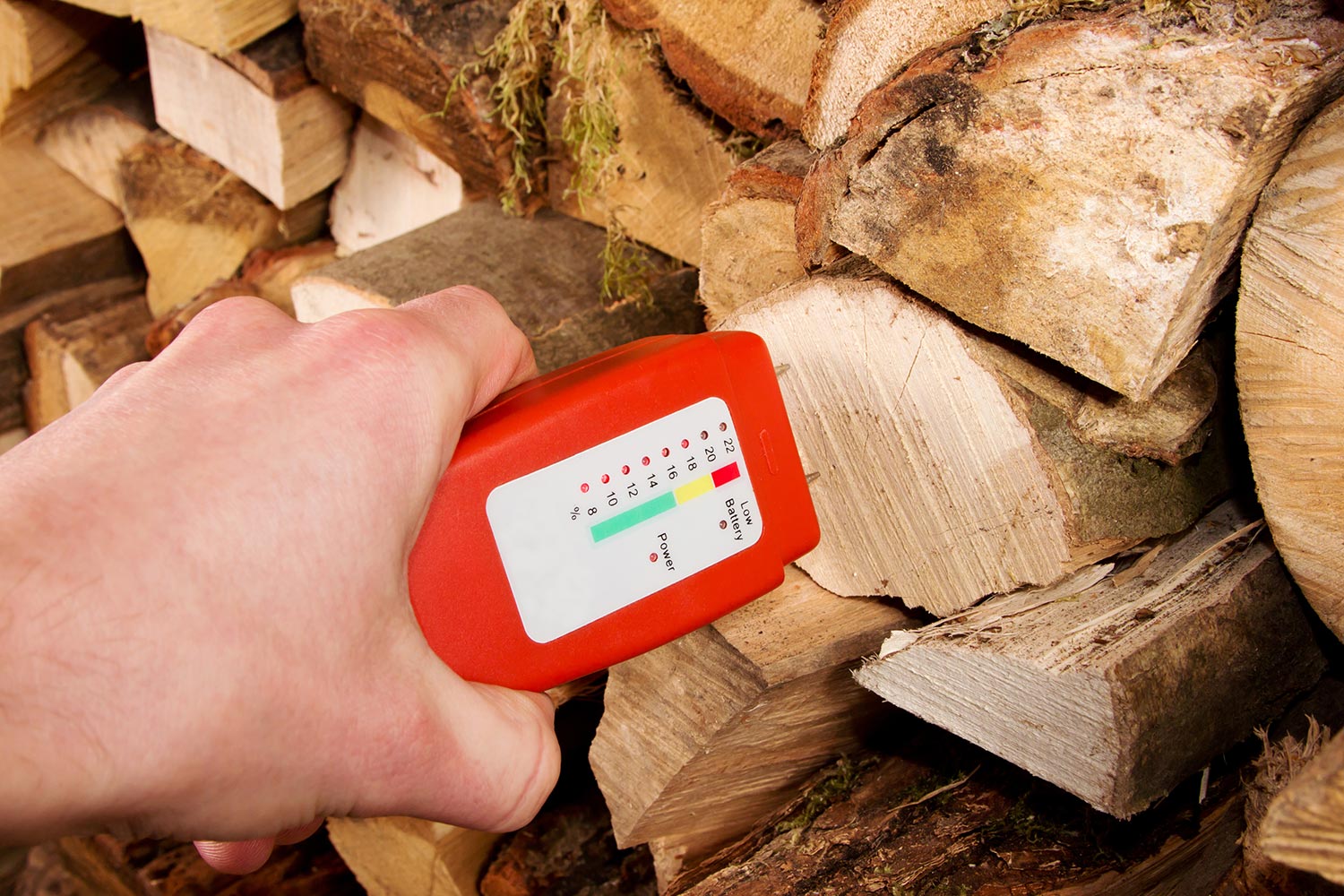 The Importance of Wood Seasoning

Wood seasoning is the process of drying wood to remove moisture content. It is suggested that you only burn wood with moisture of at least less than 20%. However, the moisture content of freshly cut wood can be somewhere between 40% to 200%.

Softwoods such as Radiata Pine and Araucaria have an average moisture content of 180% or more. Therefore, it is best for pinewood to be seasoned before casting it in a fireplace.

How to Season Firewood 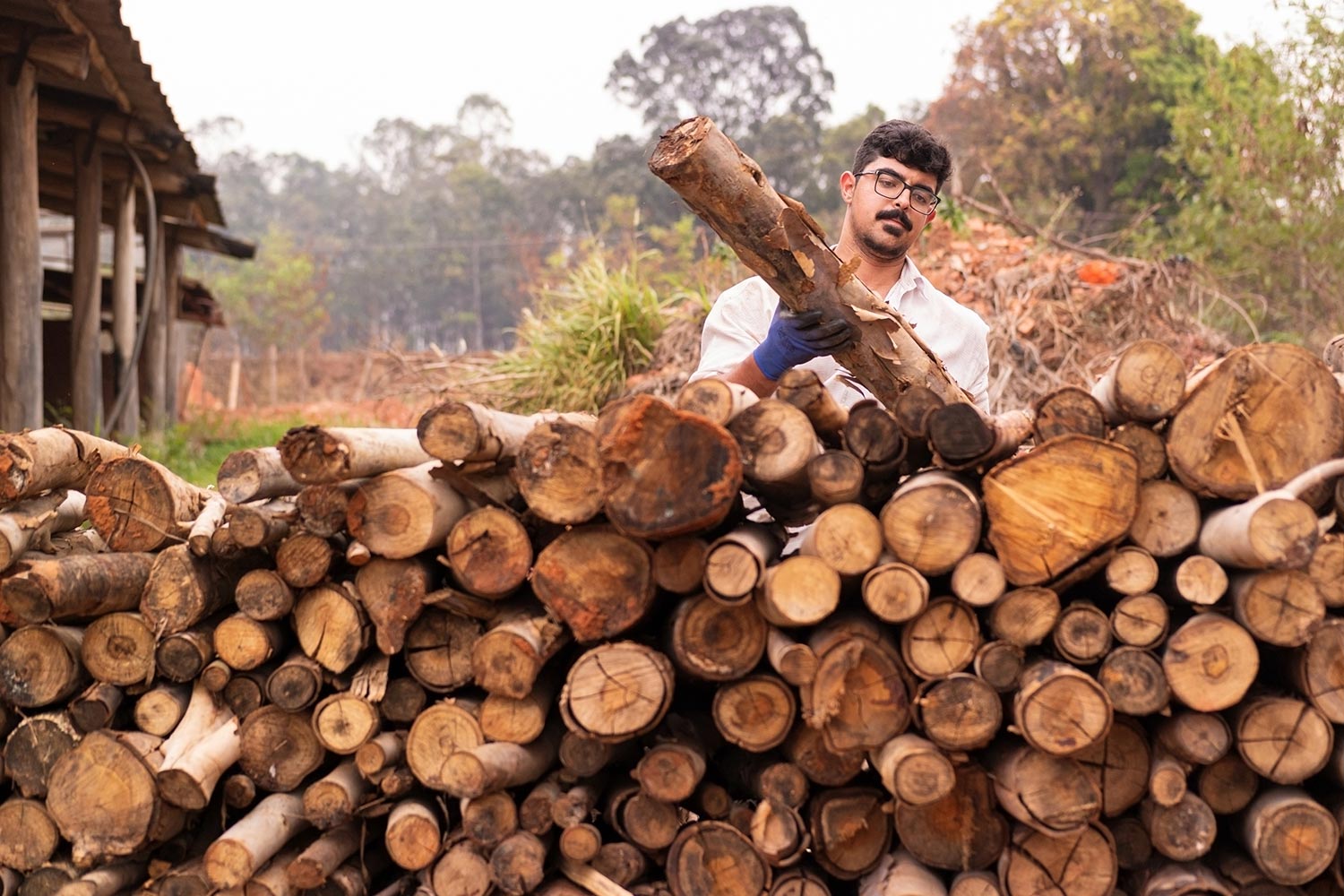 There are many ways to season wood, depending on how it is used. Usually, for firewood, an air-drying method is used. Air-drying is the process of stacking logs and exposing them to the outdoors.

First, you must cut and split the logs to make them dry quickly and make them easier to handle and fit in a fireplace. Then stack it in a place where the sun can warm it, and that has sufficient air circulation.

It should have a cover on top and be off the ground to ensure that logs don’t get wet. This process takes time, depending on the type of wood and desired moisture content.

Can you burn pine needles in a fireplace? 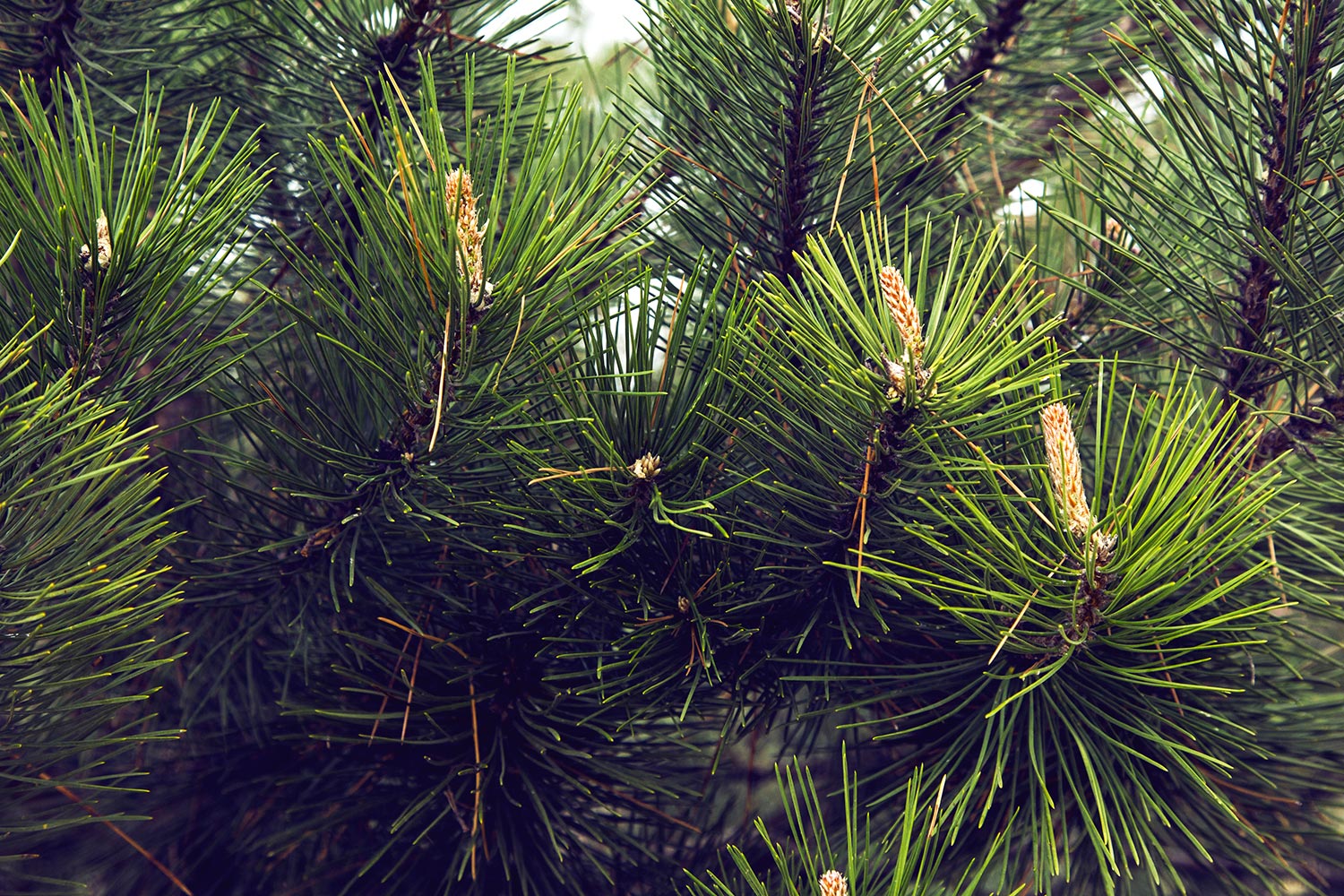 When burned, pine needles emit chemicals that convert into aerosol particles and can impact humans. The burning of pine needles is prohibited unless it is permitted by the local authorities. It should be done with proper planning, that’s why you can’t just burn pine needles in a fireplace.

What Kind of Wood Should Not Be Burned In A Fireplace?

As mentioned earlier, wood that is freshly cut and has not been seasoned should not be burned in a fireplace because it still contains natural moisture that plays a part in creosote build-up. But seasoning the firewood helps produce almost no visible smoke and helps minimize the growth of creosote.

The moisture also makes the wood difficult to start a fire. Even though the fire already ignites, its burning time will not last long, and you need to feed it with logs to keep the fire burning constantly. But using seasoned wood helps to produce and sustain fire easily.

Unseasoned wood produces more smoke due to its incomplete combustion process, and exposure to the smoke can lead to respiratory irritations. Actually, unseasoned wood that is burned in a fireplace doesn’t keep you warm.

Wet wood burns at a cooler temperature because much of the heat of the fire goes toward evaporating away the water instead of burning the wood. But seasoned wood contains little or no moisture to waste the heat produced by a fire, so it produces a lot of heat.

How Long to Season Pine Firewood?

The length of time it takes for pine to dry is 2-9 months, depending on the specific tree. For the reason that some will have more or less moisture content than others and therefore it takes more or less time to dry.

Red pine takes only 40-200 days, while white pine takes 60-90 days. Climate condition also influences the drying time. It is suggested to stack logs in spring or early summer so that they will dry quickly. Also, cutting and splitting of woods into proper sizes is helpful because it gives more surface area that can speed up the drying process.

Can Firewood Be Too Old To Burn?

As creosote accumulates on the chimney, it can keep smoke and air from getting out that allowing toxic gases, like carbon monoxide, to build up. With that, it may put you and your family at risk of inhaling toxins. Exposure to it may lead you to have health problems such as skin and eye irritation, respiratory problems, and cancer.

Burning pine in a fireplace is not advisable unless it is already seasoned. It is necessary to season it first to lessen the moisture content and minimize creosote build-up. With that, we can burn safely without creating a handful of problems in the environment and human health.

Curious about other types of firewood? Check out "Does Juniper Wood Burn Well And Can You Use It For Firewood?"

Does Rigid Foam Insulation Need To Be Covered?

Does A Blanket Make A Good Insulator?

How To Insulate Garage Door Sides

How Do You Reset An RV Air Conditioner?

Radiant Floor Heating Not Working In One Room – What Could Be Wrong?

Where Is The Air Filter On A Bryant Air Conditioner?