If you already have a fan installed, but are disappointed by the lack of airflow, then you came here with one specific question. Can you replace ceiling fan blades with longer ones? After all, if you just had bigger blades, wouldn't the fan be more productive? We've checked with some home installation experts to see what their thoughts are.

You can replace ceiling fan blades - but it's recommended to stick to the same size as the old ones. The fan motor only has limited power made to move a specific blade. Even with a bigger blade, the motor will just compensate for the extra weight. It's likely to slow down, negating any effect from the larger blades, and you might burn out the motor entirely.

Keep reading, and we'll explain precisely why it's usually a bad idea to change the size of your ceiling fan blades. However, if your fan has a motor that's strong enough to make an adjustment, we'll cover how to swap the blades. And if you're wondering if this applies to using smaller blades, we'll explain that too. We'll also give you some tips on picking a fan for the best airflow and what to look for. 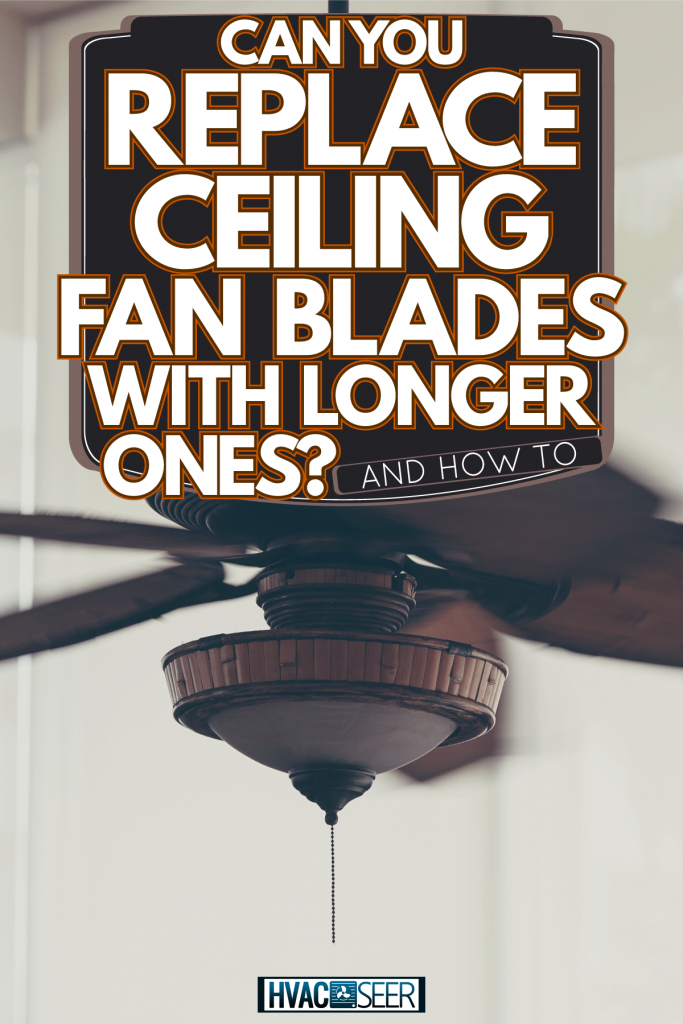 Can You Replace Ceiling Fan Blades With Longer Ones?

Technically, yes, you can replace ceiling fan blades with longer ones - if the motor can handle the extra weight. If the blades are too much for the fan motor, then you can end up burning it out altogether. Typically, your fan should have manual or warranty information detailing what the motor is built to carry.

It's also important to keep in mind that the motor is what controls the airflow. It might seem like bigger blades would make a difference, but the actual impact of changing the blades is minor. If your motor isn't providing adequate airflow, then bigger, heavier blades are just going to spin a bit slower. It's not likely to solve your problem!

But perhaps there's some reason that your fan has extra-short blades. If you're sure that your fan can handle longer blades, and the motor can keep up without any trouble, then yes - it is possible to replace the ceiling fan blades.

For more information on overworked ceiling fans, check out "Can Ceiling Fans Overheat?" 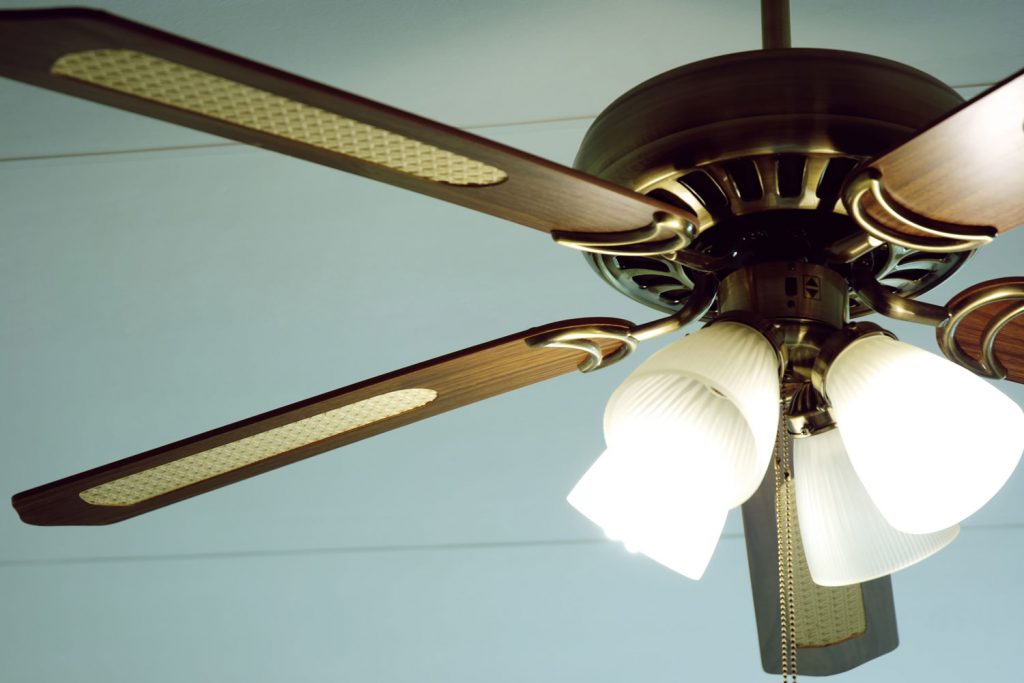 How To Replace Ceiling Fan Blades?

First, use a ladder or step stool to reach the fan blades easily. Then, clean the blades so that you aren't getting dust and grime everywhere during the removal process.

Next, use a screwdriver to remove each blade. Fan blades typically connect with two screws somewhere near the fan housing.

Most fan blades do not come with new blade brackets, which hold the blade to the housing. You can reuse the old bracket. If you want to make a style change, you'll need to be sure that your new bracket is compatible with the fan.

Then you can simply attach the new blades, one at a time, by screwing them back into the bracket. Make sure they are securely in place before running the fan. Turn the fan on, watching for any wobbling. If everything seems to be working as intended, then job complete! 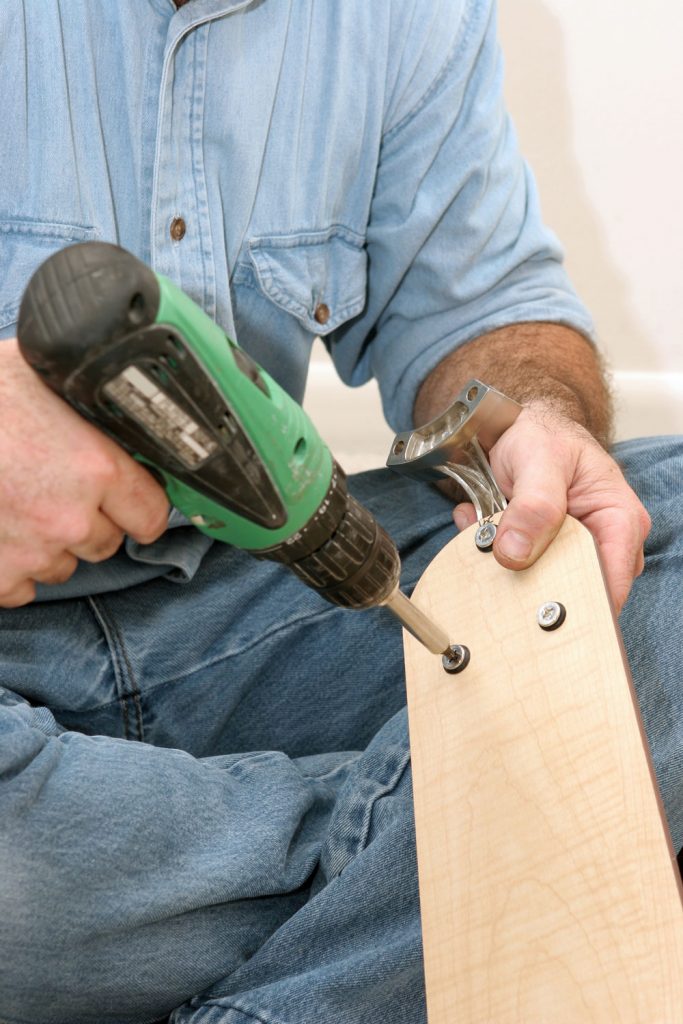 Can I Put Shorter Blades On A Ceiling Fan?

Putting shorter blades on a ceiling fan is, once again, possible - but perhaps not practical. If you expect a significant change in the cooling power, it's likely to end in disappointment. The overall airflow is controlled, not by the blades, but by the motor.

Shorter blades should be able to spin faster. But in the end, those extra rotations are just moving the same amount of air; less air per rotation, but the same amount in all.

If your current fan cannot meet your demands, it's likely that it's just time to invest in a new fan with the right-sized motor. However, sometimes you might need shorter blades for a more practical reason.

For example, if the fan interferes with the swing of a door or window, then shorter blades can be a sensible alternative. Yes, you can put shorter blades on the fan in this instance. Ideally, don't try to shorten the blades yourself, and if you do, be careful.

It's essential that the blades are cut exactly the same, or the fan will be unbalanced. It's generally better to purchase already-made blades unless you're confident that you know what you're doing.

You may also want to see, 'Can A Ceiling Fan Be Too Big For A Room?" 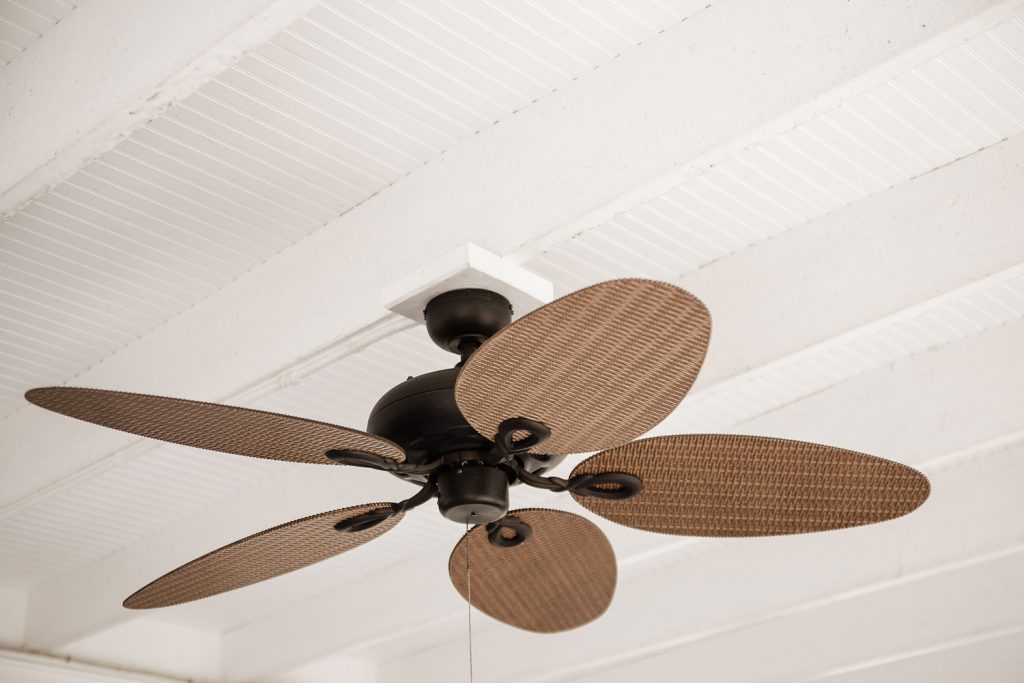 Ceiling fan blades come in different lengths, hole patterns, weights, and more. For this reason, it's best to find a replacement blade from the same manufacturer. The manufacturer has taken the time to make sure that the blades they offer are compatible and well-balanced for their fans.

You can try different blades, but you may find that the holes don't line up right with the old brackets. Or the blades might be the wrong pitch or weight. If you're looking at universal blades, try to compare them carefully to your old blade to make sure they seem like a compatible swap.

It's always recommended to stick to the same length. Blades that are too big, heavy, or long for the motor can end up ruining the fan entirely.

How Long Are The Blades On A 52-inch Ceiling Fan?

A 52-inch ceiling fan refers to the diameter of the entire fan, not the blade length. For example, it's 52 inches when you measure from the end of one blade, across the fan housing, and to the tip of the blade on the other side.

There's no specific, precise number as to how long the blades on a 52-inch ceiling fan are. It varies, depending on how big the center of the fan is. In many cases, a 22-inch blade will fit. However, anything from 20 inches to 25 inches likely depends on your specific model. Check your manufacturer's recommendations to be sure.

How Many Blades On A Ceiling Fan Make The Best Airflow?

Many people believe that five blades on a ceiling fan make the best airflow. It makes sense, to a point - more blades, more air, right?

But in reality, factors such as the strength and speed of the motor, the pitch of the blades, and more all play into how much air your fan can circulate. A well-designed fan with only three blades can, at times, create as much airflow as a less intuitive fan with five blades.

While airflow depends on many factors, there are two important ones to keep in mind. These are the blade pitch and the CFM rating.

The pitch of the blades plays an essential role in how much air a fan can move. Blades that have a pitch of 10-12 degrees are relatively flat. As a result, they won't provide a lot of air movement.

A pitch of 14 or 15 degrees, on the other hand, can circulate more air. However, this also means more resistance as the blades move. As a result, a fan that provides this kind of movement needs to have a strong motor that can support it.

Because of this, you can't just decide to "swap" blades, trading the old ones in for ones with a higher pitch. Chances are, the fan motor simply isn't built for the extra work. However, if you're in the market for a new fan, this is a feature to keep in mind when shopping. 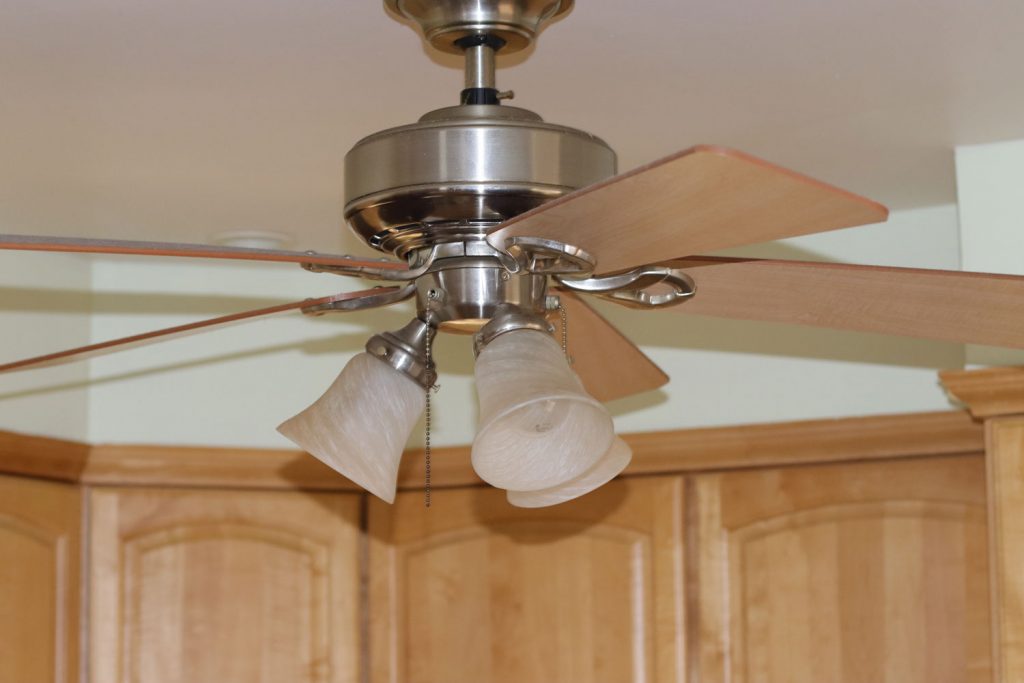 If you're interested in comparing fans, specifically for airflow, then you'll need to look at the CFM rating for each fan. This is how much air the fan moves, measured by Cubic Feet per Minute. The higher the cubic feet per minute [CFM], the better the airflow. Anything above 7,000 is considered "high airflow," though some models rank as high as 15,000 CFM.

You can learn more about deciding which fan is best for you here, "How Many Blades Are Best On A Ceiling Fan?" 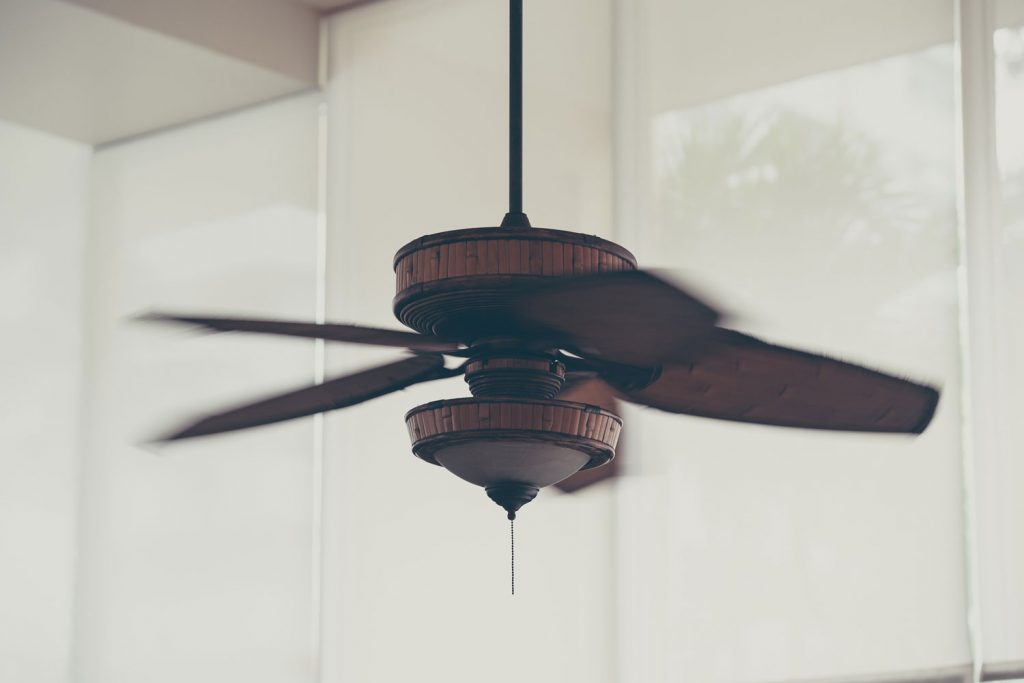 While you can replace your old ceiling fan blades, it's best to stick to the same size and style of blade. For the best results, you should try to find blades made by the fan's manufacturer. The overall airflow and cooling power of the fan depend, primarily, on the fan motor.

Changing to have bigger or smaller blades will not have much impact if the motor can not meet the extra demand - and you risk burning out the motor altogether.

How Cold Does Refrigerant Get?

Why Does My GE Air Conditioner Keep Shutting Off?

Should You Cover A Lennox Air Conditioner?

How To Turn A Boiler On [Step By Step Guide]

Why Does My RV Converter Fan Turn On & Off Frequently?