You've just bought a kerosene heater to use indoors. You've got some extra lamp oil in the garage, and you wonder if it will work in your kerosene heater. It doesn't seem like it should, but here's what we found out after our painstaking research.

Yes, you can use lamp oil in a kerosene heater. This is because lamp oil and kerosene belong to the same "paraffin" family. Lamp oil gives a cleaner burn than kerosene because it undergoes a purification process that kerosene does not. 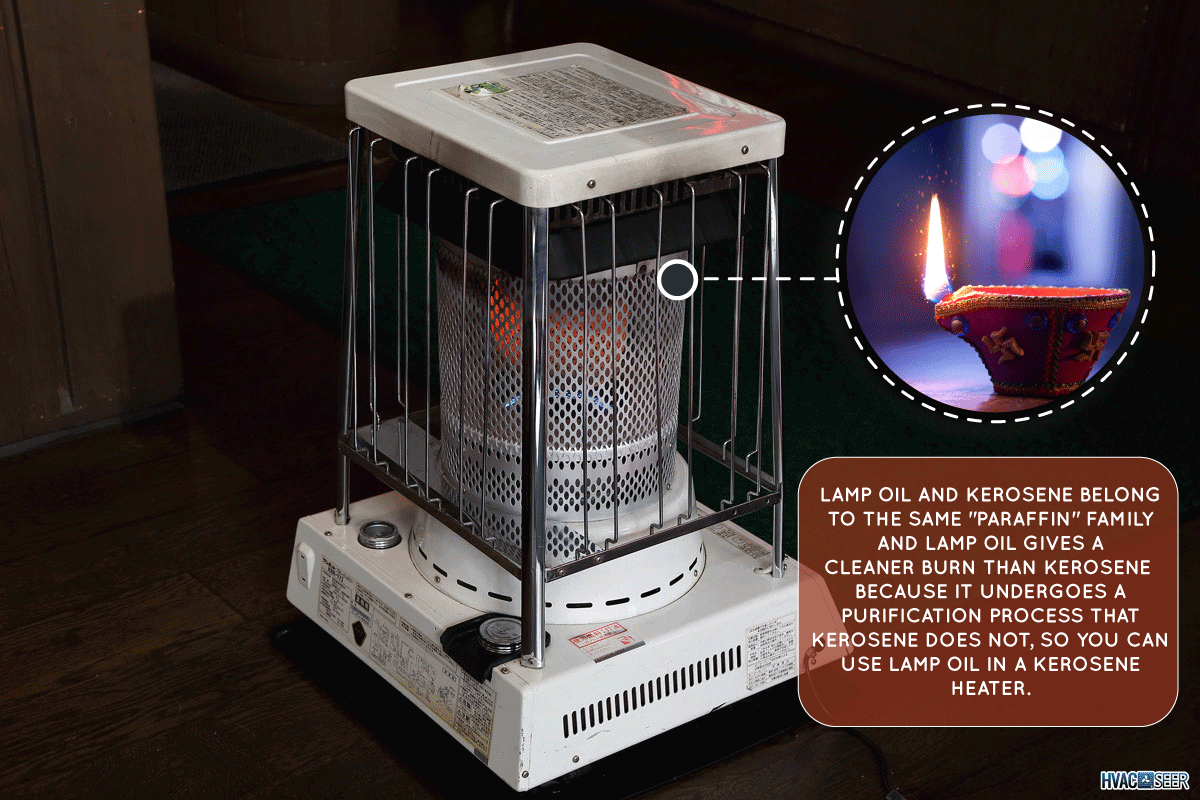 Why Should You Not Use Kerosene On Kerosene Heaters?

Kerosene heaters are a staple in many homes. They provide a source of heat when electricity is not available. They also come in handy when you need to stay warm for a while without access to electricity.

You might say, "Well, they're called kerosene heaters for a reason." They do because kerosene is a more economical option for consumers.

People will always go with the less expensive option. Besides, you'll only be using this as a backup source of heat in case of power outages during winter, and winter only comes once a year.

Here are some reasons why you shouldn't use kerosene on kerosene heaters:

Alternative fuels to kerosene include Klean-Strip kerosene alternative, hydrotreated vegetable oil, and lamp oil. When it comes to alternative fuels, it's important to know that they may vary in the amount of heat they provide.

Check out this Klean-Strip kerosene alternative on Amazon. 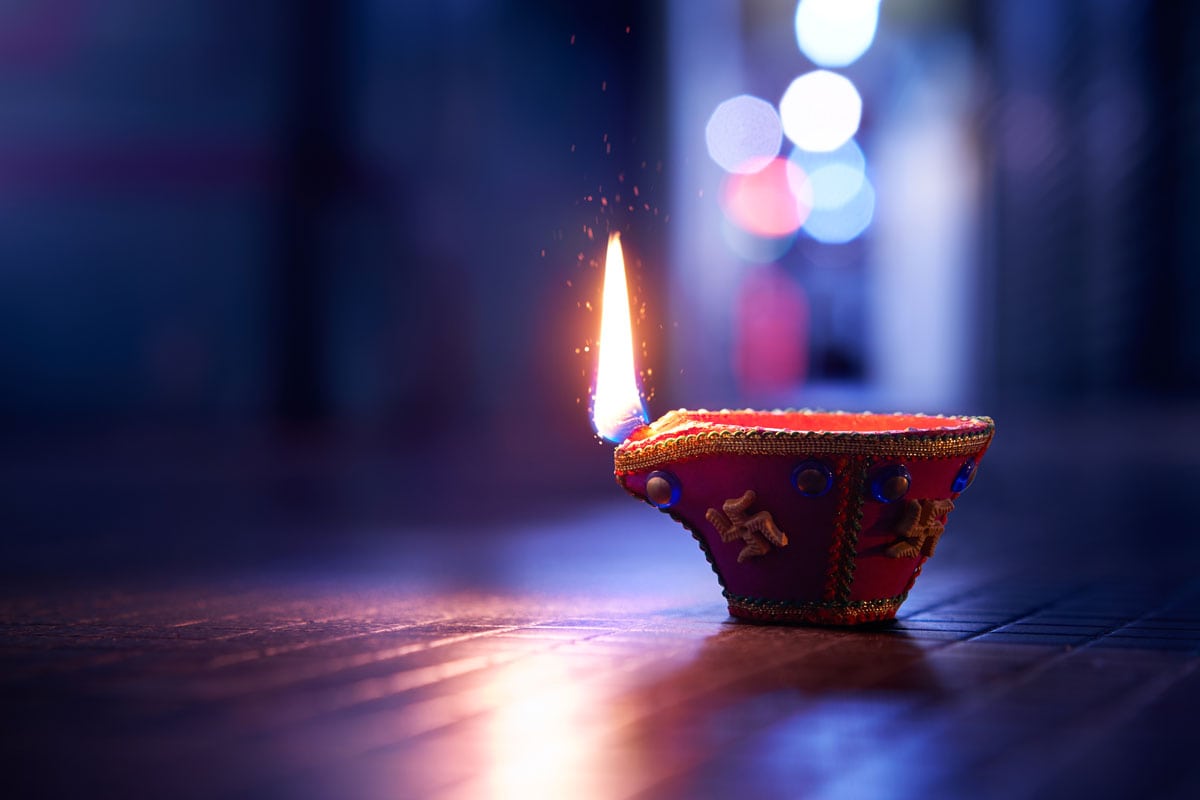 Lamp oil is a petroleum derivative that has a long history of use. On the other hand, kerosene is a fossil fuel that's a byproduct of refining crude oil. Because it takes a lot of resources to refine lamp oil, kerosene is usually cheaper than lamp oil.

Kerosene has a lower flash point and is brighter than lamp oil, but it also produces a lot of soot. The soot produced from kerosene lamps can cause headaches and other serious health problems if inhaled.

The safety of kerosene has been questioned after discovering a possible link between oesophageal cancer in people who use kerosene heaters for heating.

The World Health Organization (WHO) has warned against the use of kerosene for the same reason. On the other hand, there has been no evidence so far showing lamp oil to be carcinogenic.

Lamp oil is considered to be better than kerosene because, unlike kerosene, it does not contain harmful chemicals such as naphthalene and benzene, which are known carcinogens.

Check out this lamp oil on Amazon.

Is It Safe To Leave A Kerosene Heater Running All Night? 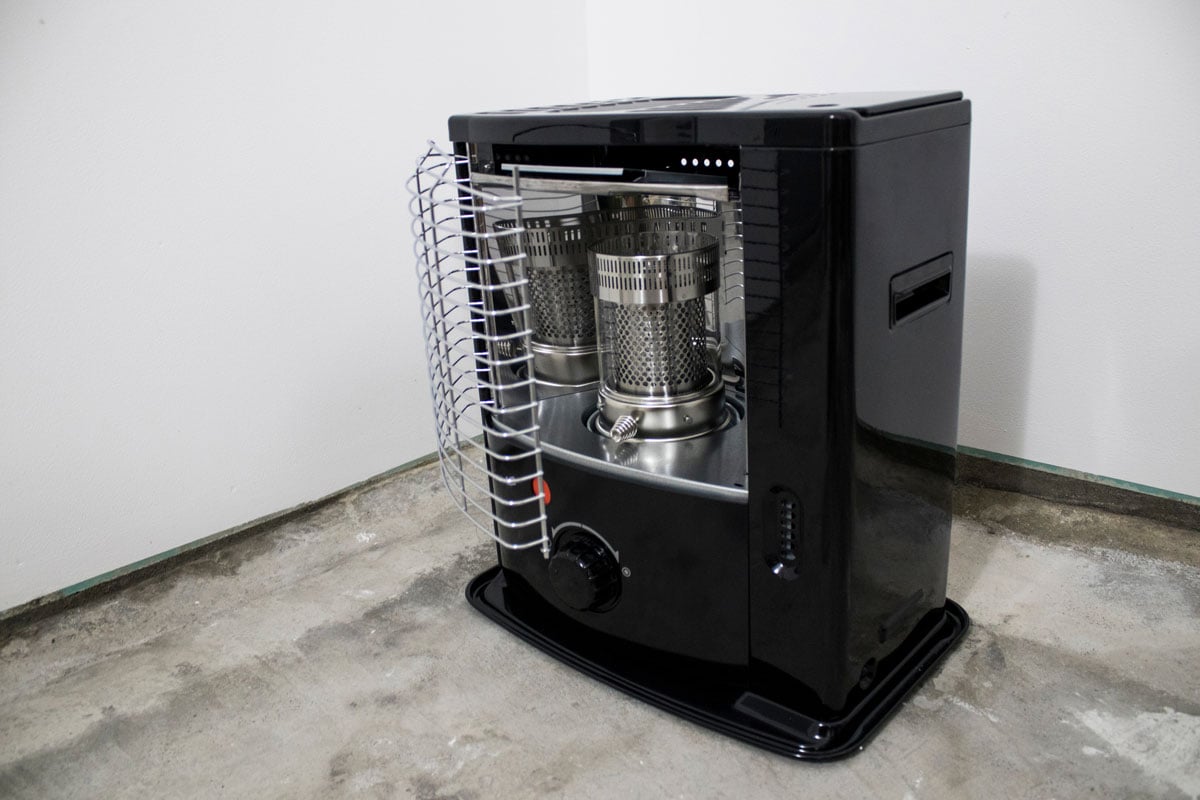 It's not safe to leave a kerosene heater running all night. There are a lot of dangers associated with running it unattended. One of which is that it can catch fire and burn down your house.

Forty years ago, a proposal was made by some fire officials in some states to completely ban kerosene heaters because of the danger they posed.

This is why you need to make sure you have a safe distance, a minimum of 3 feet, between your kerosene heater and furniture that is made of highly combustible materials.

Below is a video showing how to safely use a kerosene heater.

How Long Does A Lamp Oil Last? Does It Go Bad?

Lamp oil is made of paraffin waxes. The only way for lamp oil to go bad is if it is exposed to air. You can expect it to go bad over time if it's not stored in a closed and tightly sealed container.

How About Kerosene? Does It Go Bad Over Time?

Kerosene should be kept away from moisture and should not be stored below room temperature, as condensation can speed up its deterioration (especially if it's stored in a glass).

This is why the most common storage method is keeping it in an opaque plastic container that's tightly sealed. It shouldn't be left uncovered for long periods.

What Are The Signs Of A Kerosene Gone Bad?

There are a few signs that indicate kerosene has gone bad. Some of these signs include discoloration and a change of odor. All of these can be indicators that the kerosene has become contaminated.

The main indicators that it has become bad are a yellowish, cloudy appearance and bubbles at the bottom of the receptacle when you're trying to empty it out. If you see the following warning signs, you should think about disposing of your kerosene.

Many people are unaware that a kerosene heater emits carbon monoxide and other harmful gases. As a result, they choose to operate their heaters inside a room that isn't adequately ventilated.

Because carbon monoxide is colorless and odorless, you won't be able to see it unless you have an instrument that can detect it. The most common symptoms of carbon monoxide poisoning include headaches, dizziness, nausea, vomiting, and fatigue.

Check out this carbon monoxide detector on Amazon.

Too Much Black Smoke Coming From Kerosene Heater - What's Wrong?

Too much draft is what's causing black smoke to be emitted by a kerosene heater. Many have noticed that they are in a very high flame condition when the draft is high. Another reason is that the wick is extended too far.

For this reason, most people struggle to maintain a kerosene heater's flame to an acceptable level because of this.

When the draft is too strong, it can easily throw the air-to-fuel ratio out of whack. It follows the same principle when you're trying to keep an ember burning by blowing on it. The solution is to move the kerosene heater into a location where it will lessen the draft.

It's Winter And We've Run Out Of Cooking Oil - Can We Use Lamp Oil Instead?

Many people mistakenly believe that the oil used in lamps is a safe alternative to using cooking oils in their kitchens. The chemical composition of the oil in lamps is entirely different from that of cooking oil.

Lamp oil is made up of paraffin waxes and other chemical compounds that are derived from petroleum. When used as cooking oil, you run the risk of getting high levels of toxic compounds into your food.

Can Vegetable Oil Be Used As Fuel For Kerosene Heaters?

They are commonly referred to as biodiesel. Biodiesel is a renewable fuel that has a heating value that is close to petroleum-derived fuels, such as kerosene.

The first thing you need to know about hydrotreated vegetable oil is that it contains no sulfur. This means that you can safely use this oil as a replacement for kerosene. Kerosene, which is often used to heat your home, can be highly toxic if not used correctly.

Kerosene contains sulfur, which has a very damaging effect on your lungs, your liver, your kidneys, your heart, and your brain.

Because hydrotreated vegetable oil has no sulfur, you don't have to worry about inhaling dangerous fumes or being exposed to a harmful substance.

Is There Such A Thing As Best Kerosene Fuel To Use?

In terms of efficiency, the best kerosene is not necessarily the cheapest kerosene. Rather, it is the kerosene that has the lowest sulfur content. This means that the kerosene will produce less air pollution than lower-grade kerosene.

Use 1-K kerosene to heat your home. It's the most efficient kerosene to use for heating because it has the lowest level of pollutants and uses the least amount of sulfur to create the same amount of heat. 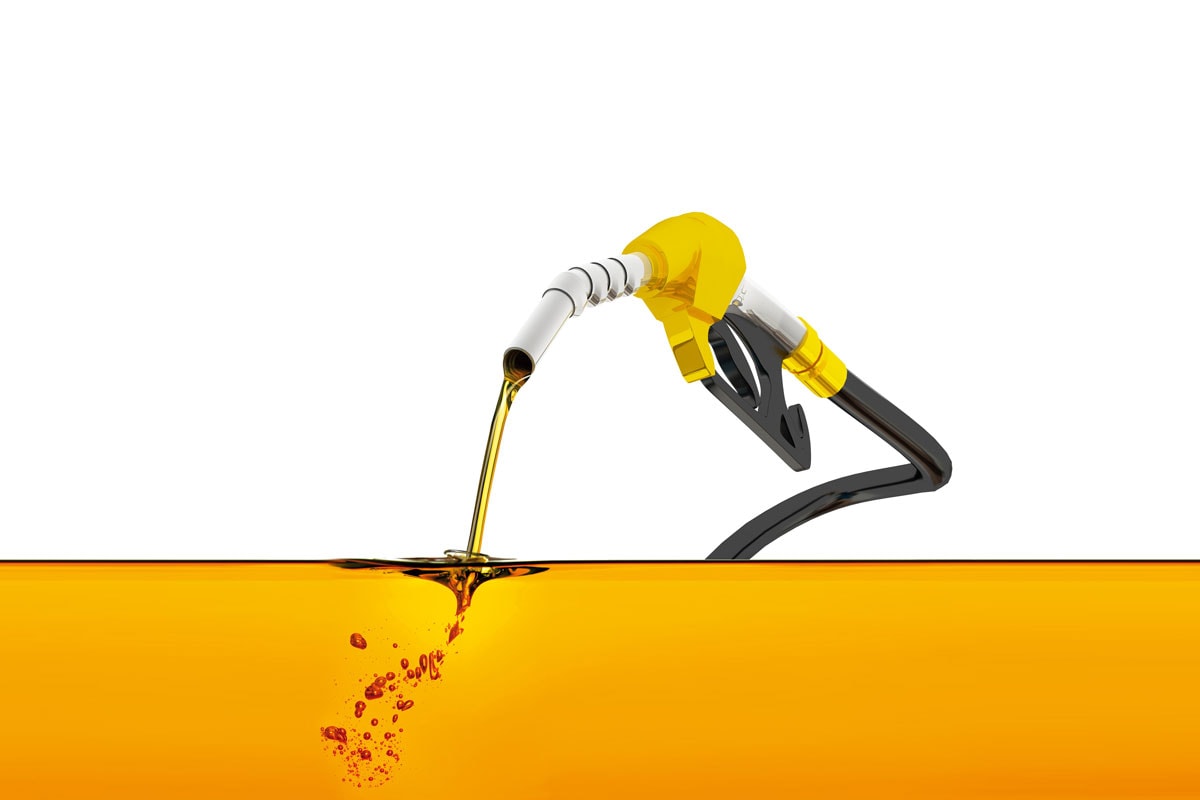 Is It Safe To Use Gasoline On A Kerosene Heater?

Gasoline and kerosene are both flammable liquids that contain hydrocarbons, which are very similar to each other. Kerosene is a liquid form of paraffin wax, while gasoline is a refined form of petroleum.

Both of these substances are derived from crude oil, but you can only use kerosene to fuel your kerosene heaters and not gasoline.

This is because gasoline is a more volatile energy source than kerosene. This alone makes gasoline a riskier choice to use on your kerosene heater. 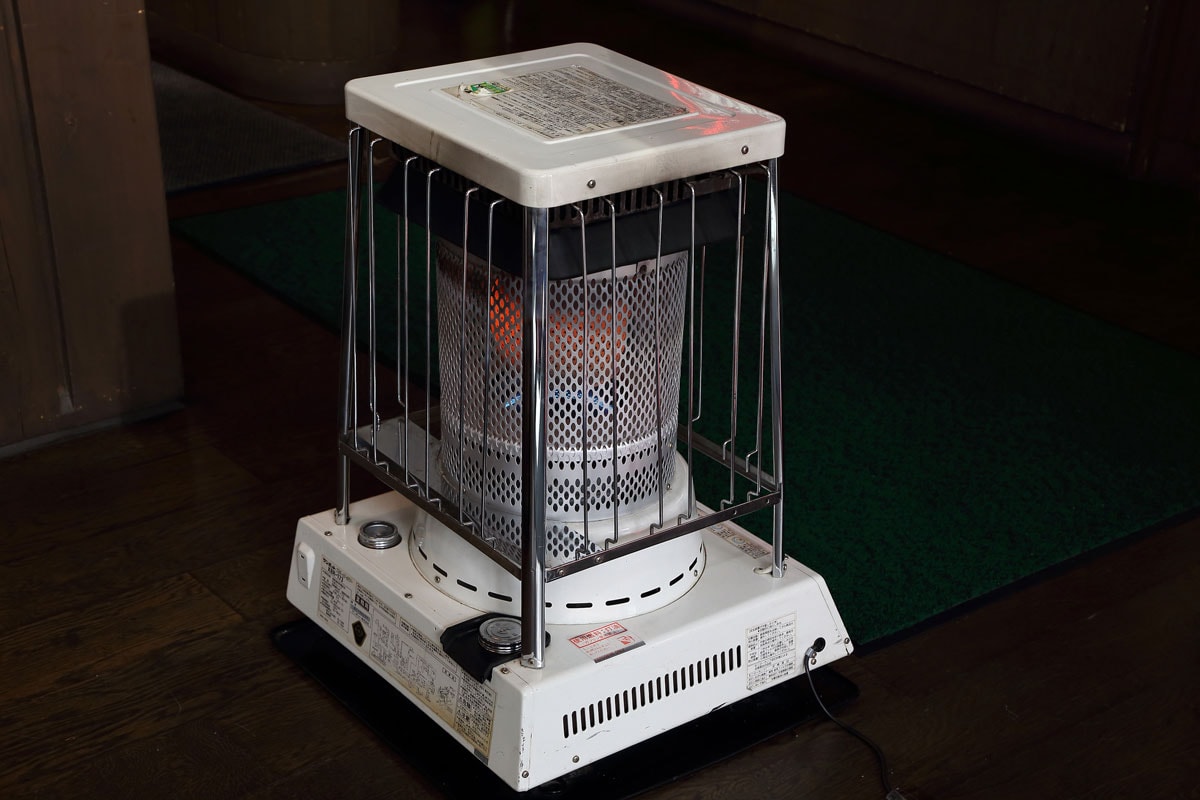 Lamp oil burns cleaner than kerosene, which means it produces fewer pollutants and is more environmentally friendly. Although using lamp oil is the cleaner alternative to heat your house, it's not as economical as kerosene. You have to decide if you want to pay for a cleaner, healthier home or save money on heating costs.

How Much Kerosene Does A Heater Use?

Can You Put Diesel In An Oil Furnace?

Can I Put Vanilla Extract In My Humidifier?

Do All Furnaces Have Filters? [And Can Yours Run Without One]

Why Is My Wireless Thermostat Overheating?

How Much Does It Cost To Run An Electric Furnace?

Can You Use A Dyson Humidifier As A Fan?