On a hot day, there is nothing better than turning on your car's air conditioning. However, if the A/C turns on and off unexpectantly, what could cause this issue? We have listed the possible culprits to this problem below.

If your car air conditioner is turning on and off, then it could be due to the following:

As you can see, there are several reasons why your car's air conditioning is turning on and off. In this article, we will look at each and the warning signs to watch for. In addition, we will answer other frequently asked questions about car air conditioning, so read on! 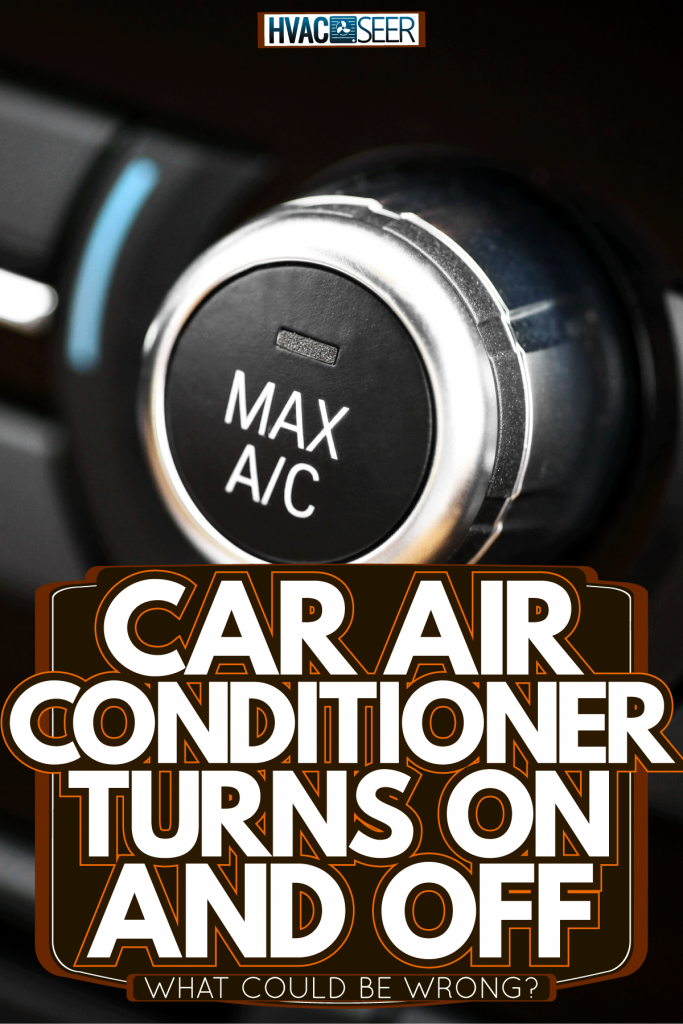 Car Air Conditioner Turns On And Off - What Could Be Wrong?

One of the most common complaints with car air conditioning is that it will turn on and off. This can be frustrating, especially on a hot day. So let's take a look at what could be wrong. 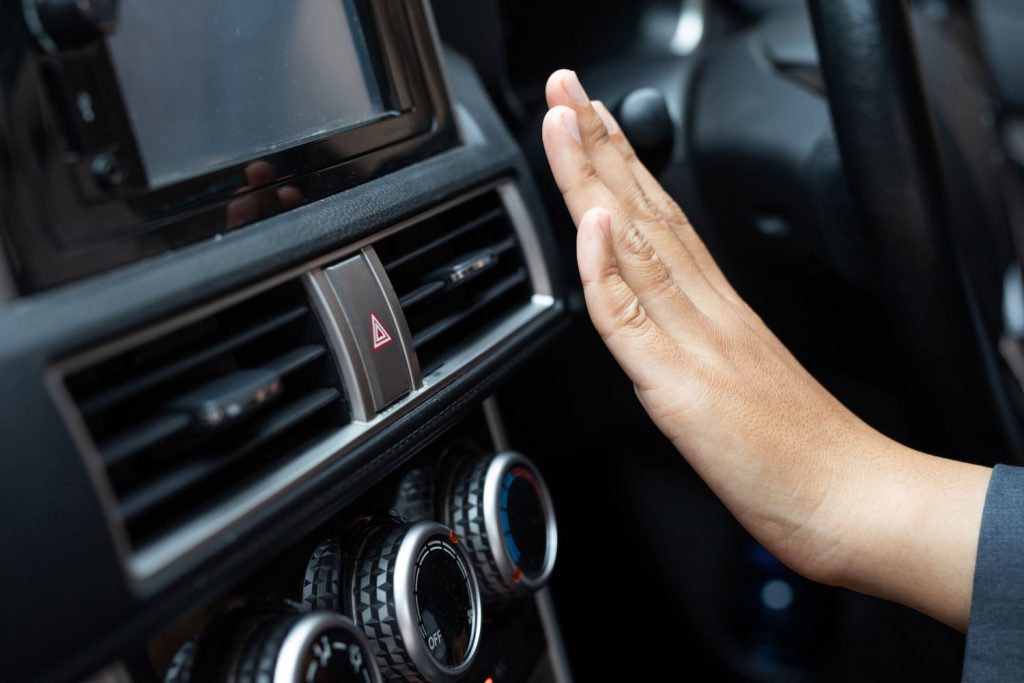 Too Much Freon In Line

One of the most common reasons your car's A/C is turning on and off could be a faulty fuse. If there is a blown fuse, your car air conditioning will turn on and off intermittently until the correct fuse is replaced.

A relay is a component that controls the car's electrical system. For example, if your car's air conditioning turns on and off frequently, then it could be due to a bad relay. Thus, you will need to get your car serviced to resolve this issue.

Another common reason some people have had their car air conditioning turned on and off is that it could be due to a faulty blower motor.

This will typically cause the car's A/C to run continuously, even when not using it, which can drain your battery. To resolve this issue, you will need to have the blower motor replaced at your earliest convenience.

If your car's air conditioning turns on and off, there could be a blocked air intake. When this occurs, the condenser will overheat because it is not getting enough cool air to function properly. Thus, you need to have your car serviced as soon as possible.

Another potential cause as to why your car's air conditioning is turning on and off is that there could be a damaged belt or hoses in the A/C unit.

This can be caused by several things, such as an over-pressurized system due to a lack of freon or too much freon in the line. As a result, you will need to take your car for service as soon as possible.

If there is no refrigerant in the system, there won't be anything for the A/C unit to collect heat; thus, it will turn on and off frequently. Therefore, you will need to take your car in for service immediately.

Each car's A/C unit will come equipped with two cooling fans. If you notice that one of the fans in your car's A/C unit isn't working, then it could be another reason why your car is turning on and off.

This can be caused by many different things, such as debris or an electrical issue. Thus, you will need to have your car serviced to avoid this issue from happening again.

Another potential reason why your car's air conditioning is turning on and off could be due to a bad compressor.

However, this typically only happens when the cooling fans have failed or there is a huge drop in the system pressure from a lack of freon. Thus, you will need to have this issue checked out by a professional at your earliest convenience.

If the A/C system on your car is shutting on and off frequently, then it could be due to a bad condenser.

The condenser collects heat from the inside of the engine and transfers it into the outside air. If this area is not functioning correctly, your car's A/C will begin shutting on and off.

Another common reason why someone's A/C unit is turning on and off is that it could be due to a fan cycling switch malfunction.

This can happen when either fan fails to turn on, or the fan switch is stuck.

Why does my car AC take a while to turn on?

If you notice that your vehicle's air conditioning takes a few minutes to turn on finally, then there could be an electrical issue. This will typically only happen if the battery has recently been jump-started or has low battery voltage.

In addition, the issue could also be due to malfunctioning blend doors or weak compressors. If you notice a delay in the air blowing, this is another sign that your compressor could be weak.

Lastly, heat coolant valves can malfunction, causing the A/C to delay when turning on. If this is the problem, you will need a professional to have these parts replaced. 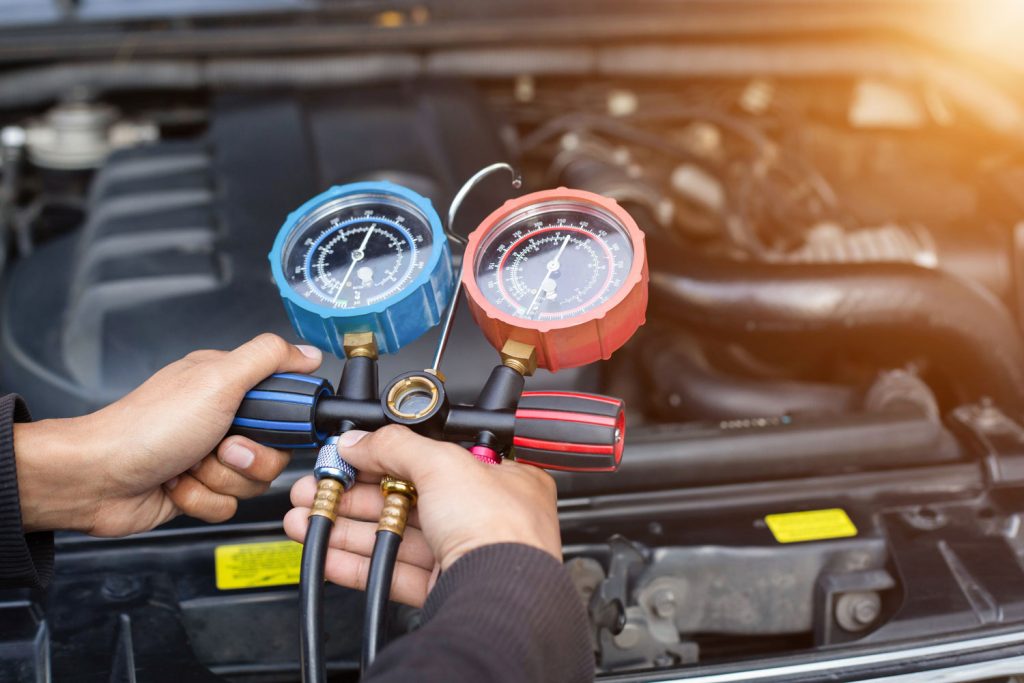 Why does my AC keep turning off after a few seconds?

One of the most common reasons why your car's air conditioner keeps turning off is due to a weak or faulty compressor.

If the compressor has gone out, then this will cause the A/C unit to shut down because there is no refrigerant left in it.

This can be caused by many things, such as a hole in the line or if the system has lost its refrigerant.

If you notice that your car's A/C unit is turning off after staying on for only a few seconds, then it could be due to the blend doors being stuck open.

This will typically cause low air pressure inside the AC unit because nothing forces the air out.

How often should car AC cycle on and off?

When car air conditioning is working correctly, they will cycle on and off every 15 to 20 minutes. If the A/C unit is turning on and off more often, this can be a sign of an electrical issue or low voltage in your car's battery.

Another reason your car's air conditioner is cycling more frequently is the fans being obstructed. If they are not working correctly, this will cause the A/C unit to shut off while driving.

Finally, the car's A/C is cycling on and off more frequently due to a faulty or malfunctioning fan cycling switch. This is another common reason why your air conditioner will constantly turn on and off while driving.

How do I know if my car AC fuse is blown?

Typically, you will have to get out your owner's manual to determine which fuse controls the air conditioning.

However, if you cannot find your owner's manual, this is another problem that needs to be considered by a  professional.

You can also take a look at your car's fuses under the hood by removing the cover. If there is a blown fuse, this will be easy to spot, as it will have blackened metal on the wire. You can take a voltage reading on these fuses to confirm that the A/C fuse is blown.

Why is my car AC cool but not cold? 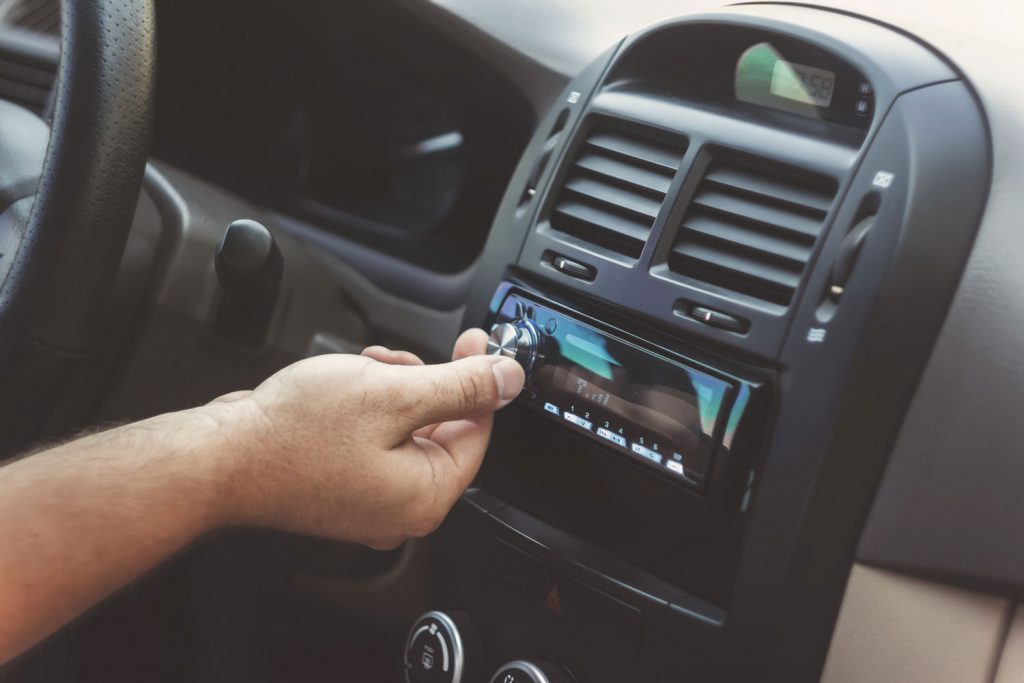 Typically this is due to the thermostat being stuck open. This will cause your A/C unit to blow air before it has reached its full cooling power.

Another reason why your car's A/C might not be cold is that it could be due to an electrical issue, refrigerant leaks, or if the compressor has gone out.

Lastly, the issue could also be a clogged air filter, bad cooling fan, or radiator issues.

How often should you recharge your car AC? 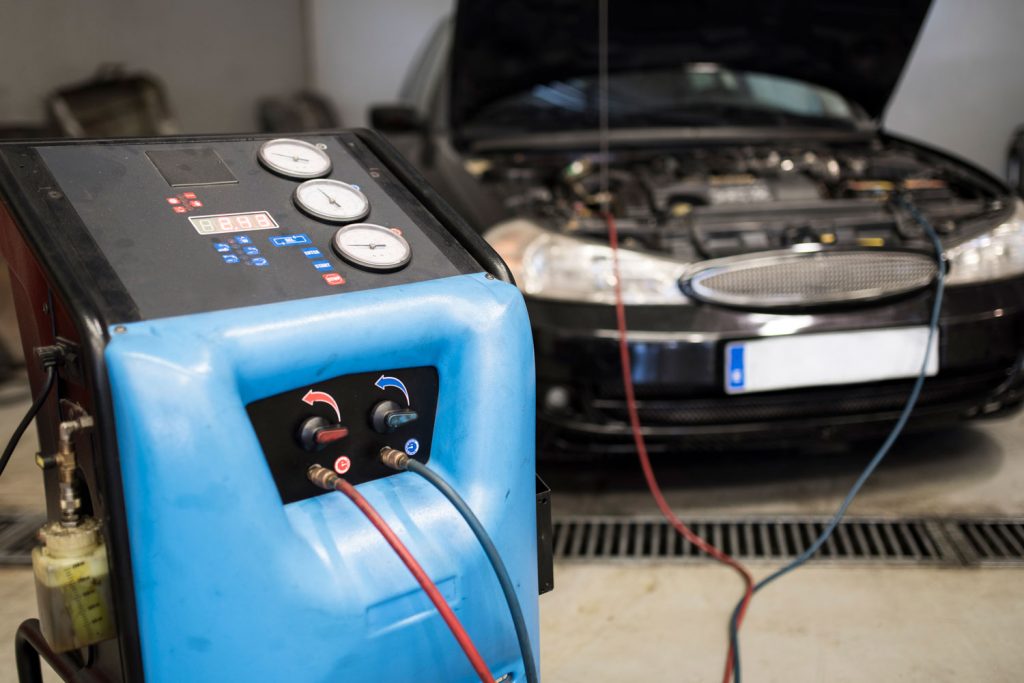 Since it depends on your driving conditions, you should recharge the car AC every one to two years.

If you drive more often or in hotter climates, this will need to be done more frequently. Another sign that you may need to recharge the A/C is any leaks in the system.

If you are getting any of these issues, it is time to have your car's air conditioner fixed by a professional mechanic. These repairs are not difficult, but professionals should only perform them to last for many years.

Do Lennox Thermostats Have Batteries?

What Kind Of Paint Is Safe To Use Inside A Fireplace?

How Many Blades Are Best On A Ceiling Fan?

Heat Pump Vs. Straight Cool Systems: Which To Choose?

How Much Clearance Does A Floor Vent Need?

Furnace Won’t Turn On After Summer – What Could Be Wrong?