You are reading this probably because your ceiling fan is acting oddly, changing speeds without your intervention, and that needs fixing! We've researched common reasons why this might happen to help you troubleshoot. Also, we will discuss solutions for fixing your fan in no time.

The ceiling fan changes its speed and stops circulating for many reasons: it could be because of electrical issues, or the circuit breaker has tripped off. Your ceiling fan could have internal defects, such as an overheated motor.

Keep on reading and find out what’s wrong with your ceiling fan, and we will help you get through this. 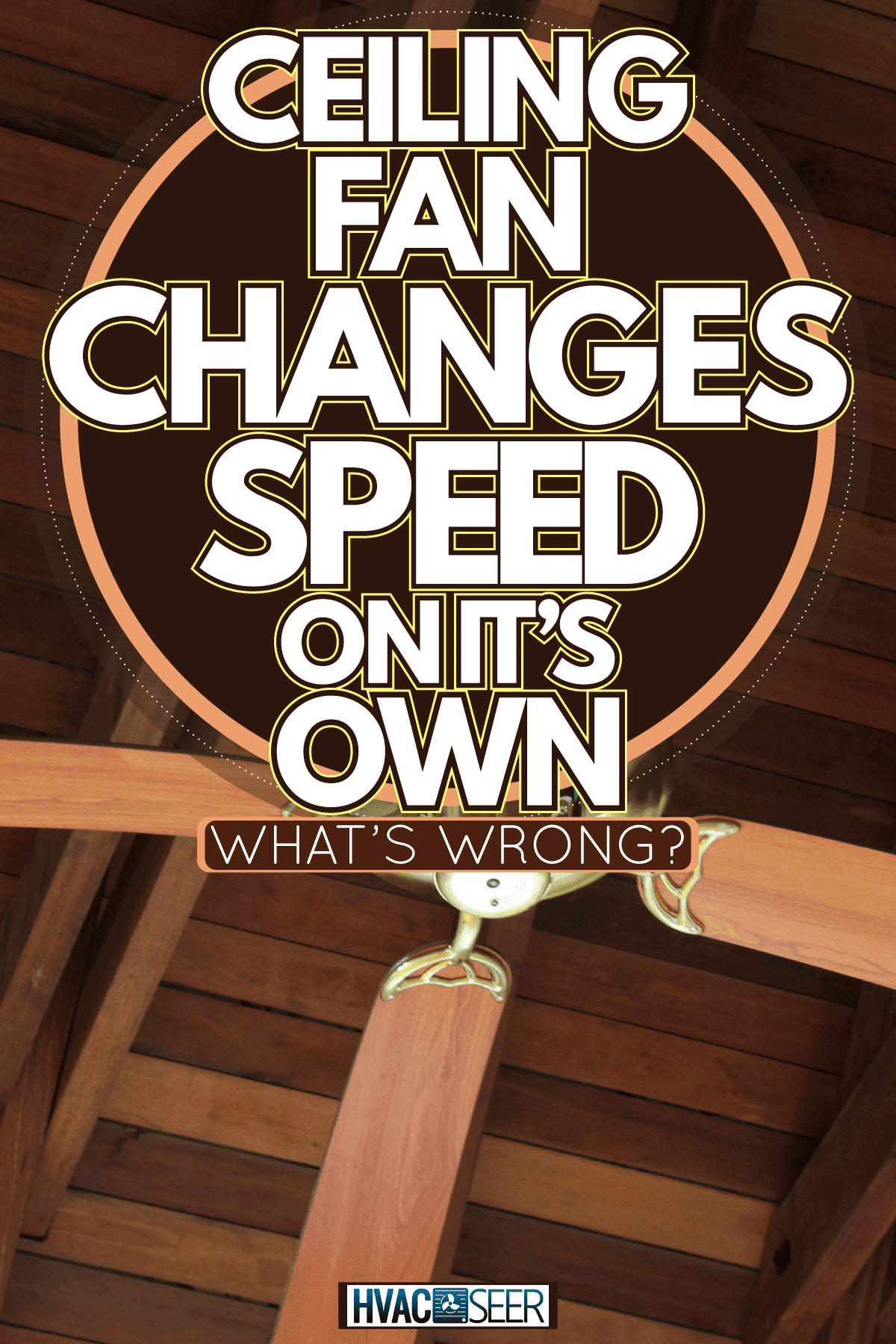 How to troubleshoot the fan speed that's not working?

If you are having trouble with your ceiling fan's speed settings, there must be a change in the airflow. To determine the cause of this malfunction, we have gathered these steps for you. 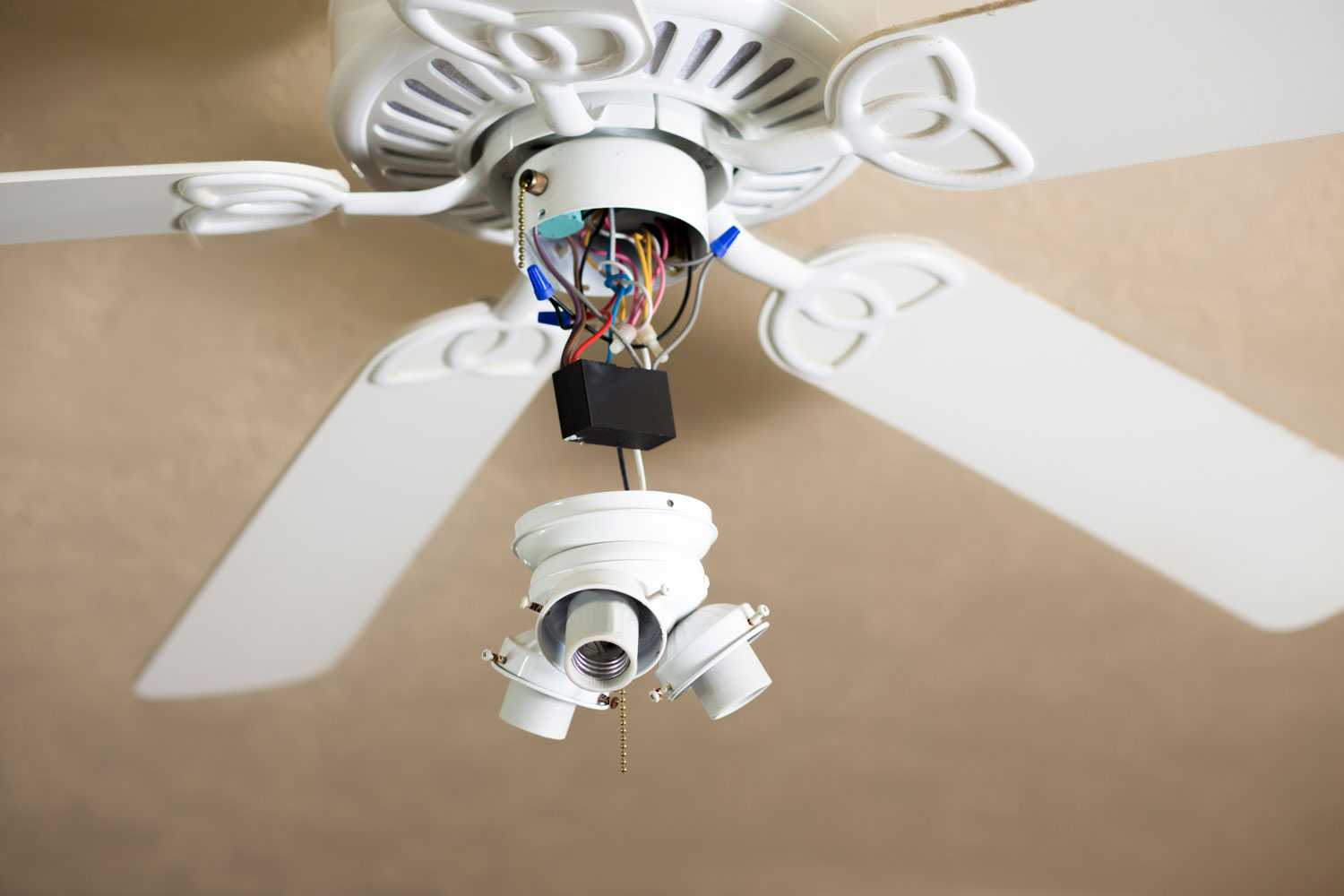 Why does your ceiling fan run slow on its own? 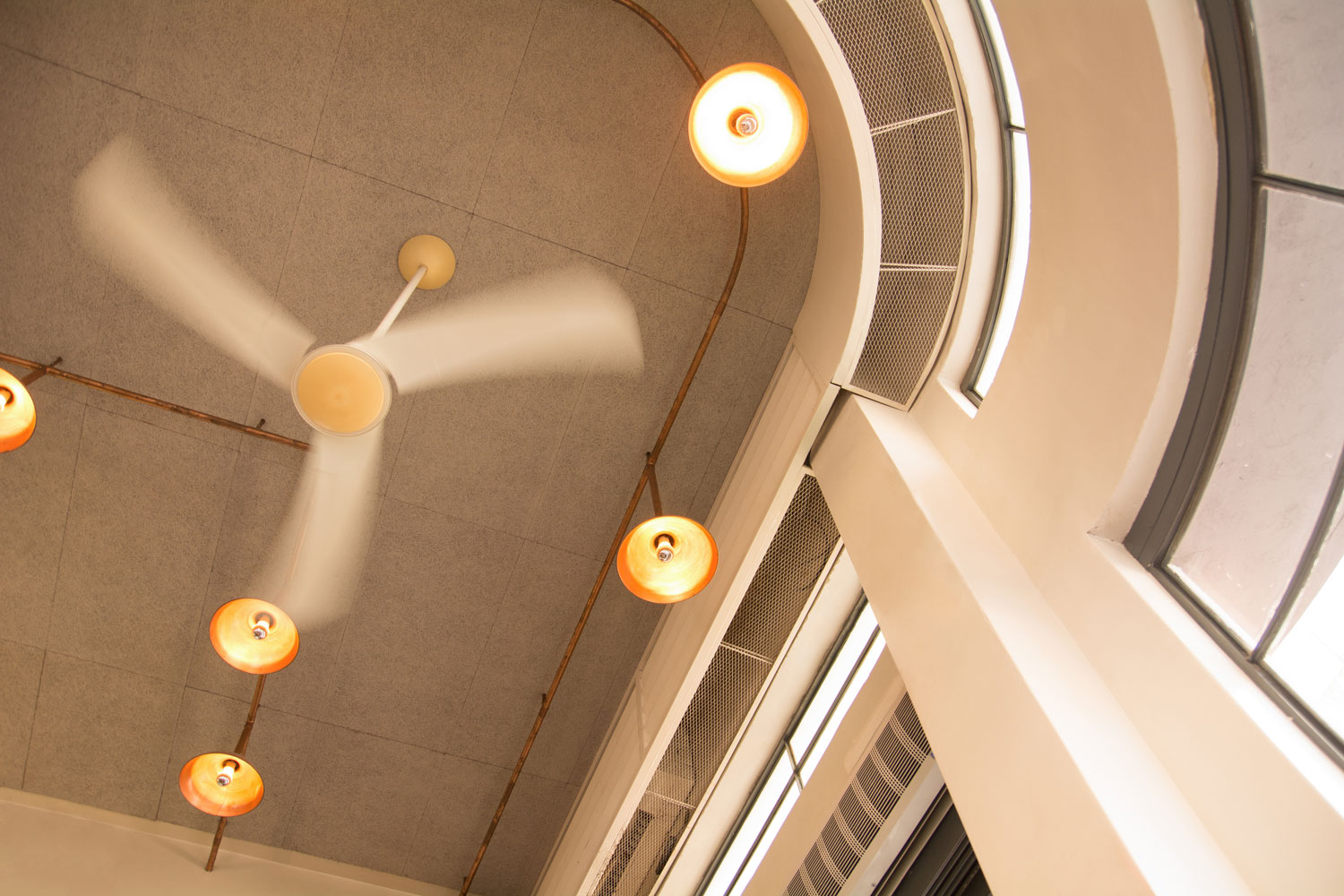 Ceiling fans may begin to run slower than their normal speed. We have put this together to help you learn some ceiling fan issues and how you can troubleshoot them.

The capacitor delivers the right amount of electricity to the motor. Ninety percent of fan problems are caused by a bad capacitor. When it fails, the electricity that is supposed to run by the motor cannot be correctly transferred, causing the fan to run slower than its normal speed.

The best thing that you can do to fix this problem is to replace some of its inner parts. However, if the capacitator is entirely down, you will need to replace the unit immediately. Depending on the type of ceiling you have, replacing a capacitator is more practical than buying a new ceiling fan.

When the screws become movable and loosen, the ceiling fan will start to run slowly. This is commonly found in ceiling fans that have not been properly installed. You can detect the issues by listening to the rattling sound from the blades. When you install a ceiling fan, make sure that all screws are tightly fastened.

The lubricant inside the ceiling fan’s motor is important to be able to function effectively in the entire operation. Without lubrication, the parts inside the motor will dry out and eventually stop functioning. The lubricant is similar to the oil used in the car’s engine and other motor-operated devices.

There will be leaking when you have an old fan and a damaged motor. The other parts of the motor would not function well. You can check the ceiling fan’s manual on how you can add lubricant inside the motor.

How do you speed up a slow ceiling fan? 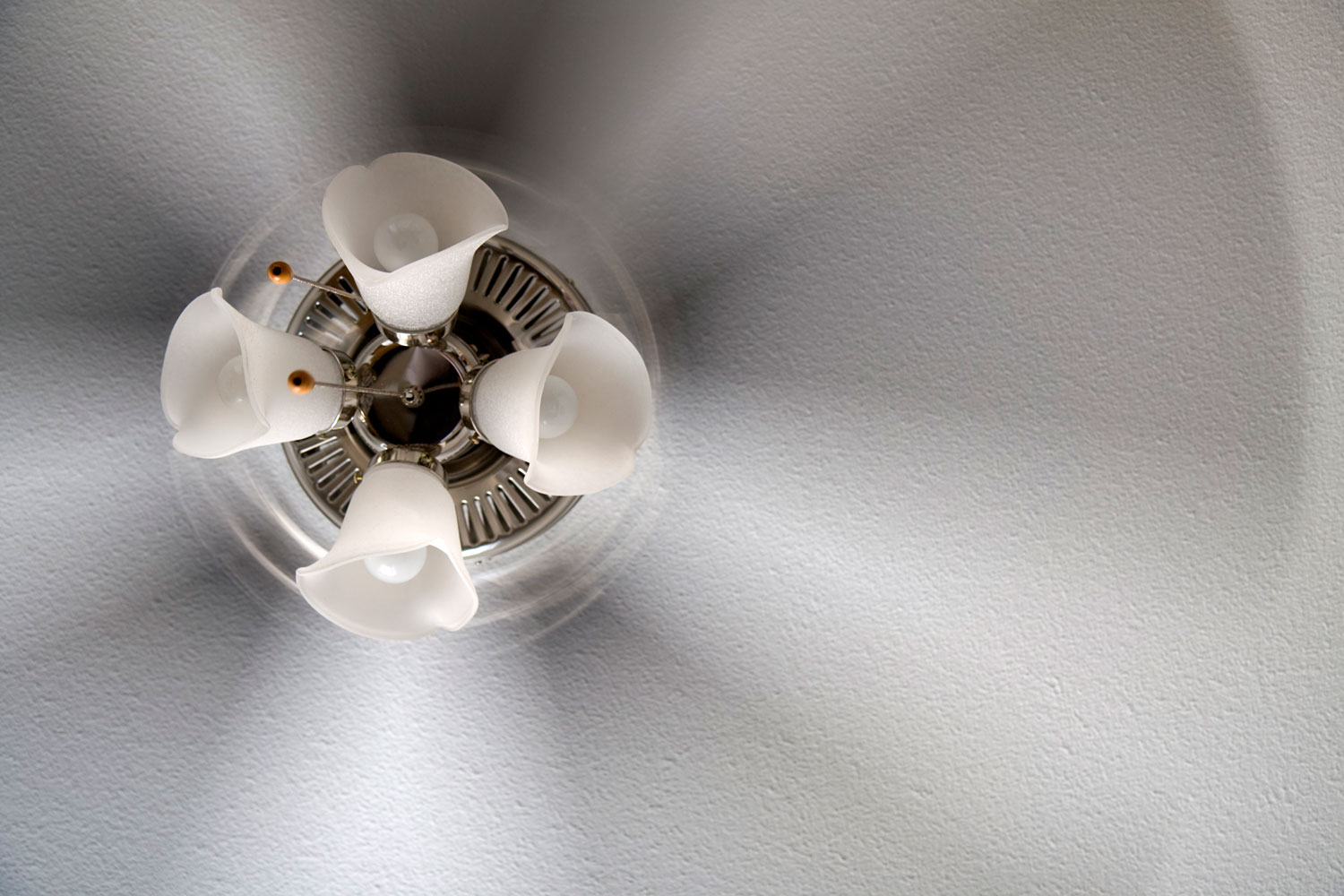 Ceiling fans are best for indoor and outdoor spaces. Typically, it has two or more speed settings. However, it can slow down and gives less airflow than its normal operation. It usually happens when you run your fan at its highest speed.

You can easily fix a slow-running ceiling fan. Here’s how.

Whether you place the fan indoors or outdoor, there is always dust in the air. When the fan runs, the dirt and dust will settle on the blades. The blades can accumulate dust in weeks or months, depending on your location.

The dust and dirt affect the smooth operation of the fan blades, and lower the efficiency of the fan. Furthermore, it increases the load on the fan’s motor and slows down the fan accordingly.

The same thing when your fan has unbalanced blades. Once a dry fan is installed in a damp place, the blades will begin to rust. The fan will run unbalanced.

Finally, the blades can run unbalanced if they bump into something or are installed incorrectly. It affects the fan’s free movement which is why it slows down.

You need to clean the fan blades every time it accumulates dust and dirt. This will ensure that the blades are running smoothly and balanced. 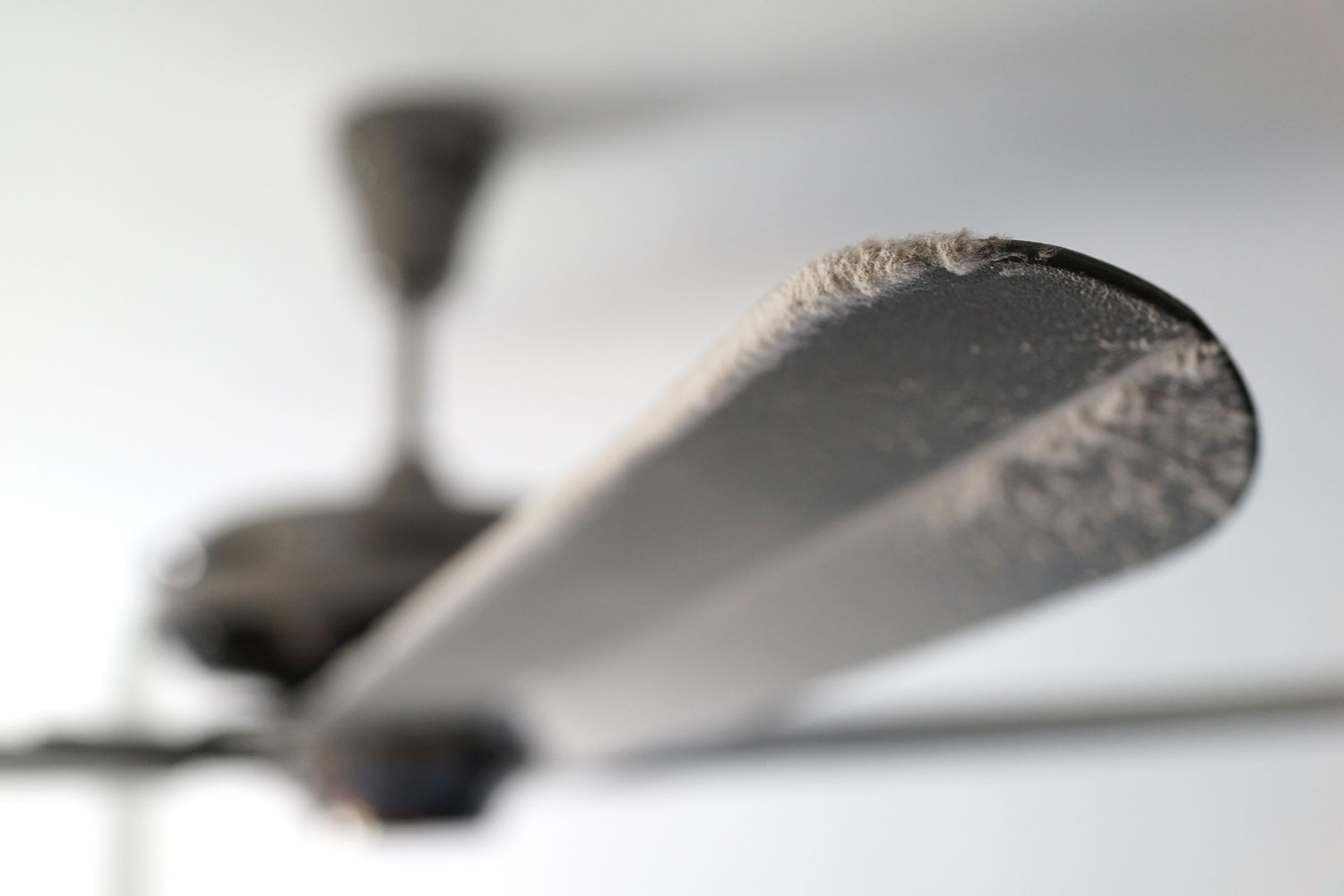 How to Clean Fan Blades

Cleaning the blades is a messy thing to do once not done properly. The fan will spin and wobble when you clean it, and it gets messy on the floor. However, there must be an easy way.

Yes, you can easily clean the blades by using a pillowcase. You may want to use a step ladder to reach the fan and slide one blade to the pillowcase. Wipe the top and bottom of the blade. The pillowcase will trap the dirt and dust before it reaches the floor. Repeat the process with the other blades.

How to Balance Fan Blades

Once the blades are damaged, you can’t balance them, but it needs replacement. Otherwise, you can use a ceiling fan balancing kit. The kit consists of corresponding weights that you will randomly clip onto the blades.

Once an unbalanced blade is identified, the weight is permanently fixed. The fan speed will go back to normal.

Not all ceiling fans have remote controllers. But there are DIY controller kits available for their fans. However, not all controllers are compatible with your fan model. In this case, the speed feature is limited.

You cannot run the fan at all speeds. Sometimes you can only run it at two settings. Most of the time, the fan runs slower than it should be. All you have to do is to buy the right controller suitable for your fan.

Check this out on Amazon.

Some ceiling fans with light fixtures often flicker. The bulb could be fused and needs replacement. However, this is not always the cause.

Sometimes, the flickering could mean a loose connection with the bulb or the fixture. In severe cases, it could be because of voltage fluctuation. Some appliances pull more power than others.

For example, your ceiling fan starts to flicker when you turn on your television. That is a sign of voltage fluctuation. Call your electrician to solve this issue.

A wobbling ceiling fan looks like it might fall off anytime. This is a common ceiling fan problem mainly because of three reasons – poor quality, wrong installation, and damaged blades. In some cases, a loose connection is also the reason. Frequent usage also results in loss of grip, making the fan wobble whenever you turn it on.

It is normal for a ceiling fan to make noise, but producing too much sound is a sign of a serious fan problem. Noisy ceiling fan operation is another sign of loose connections. These loose parts will clash together when the fan rotates and creates a loud sound.

Another thing is the fan’s ball bearings. The ball bearings cause the fan blades to rotate. It needs to be lubricated and cleaned regularly. This is to ensure that there is no friction or resistance causing the grinding sound.

Operating on one speed

If your ceiling fan has a speed problem, it means that the fan works only at one speed. One of the reasons here is that the ball bearings have not been properly cleaned. Another reason could be that the fan is defective. The worst case scenario could be the motor is failing or overheating.

If the ceiling fan stops operating, it could be because it does not receive electricity. The circuit breaker is defective already. You might want to check the panel and confirm it. If the breaker is fine, then loose connections could be the problem. Check also for internal defects. 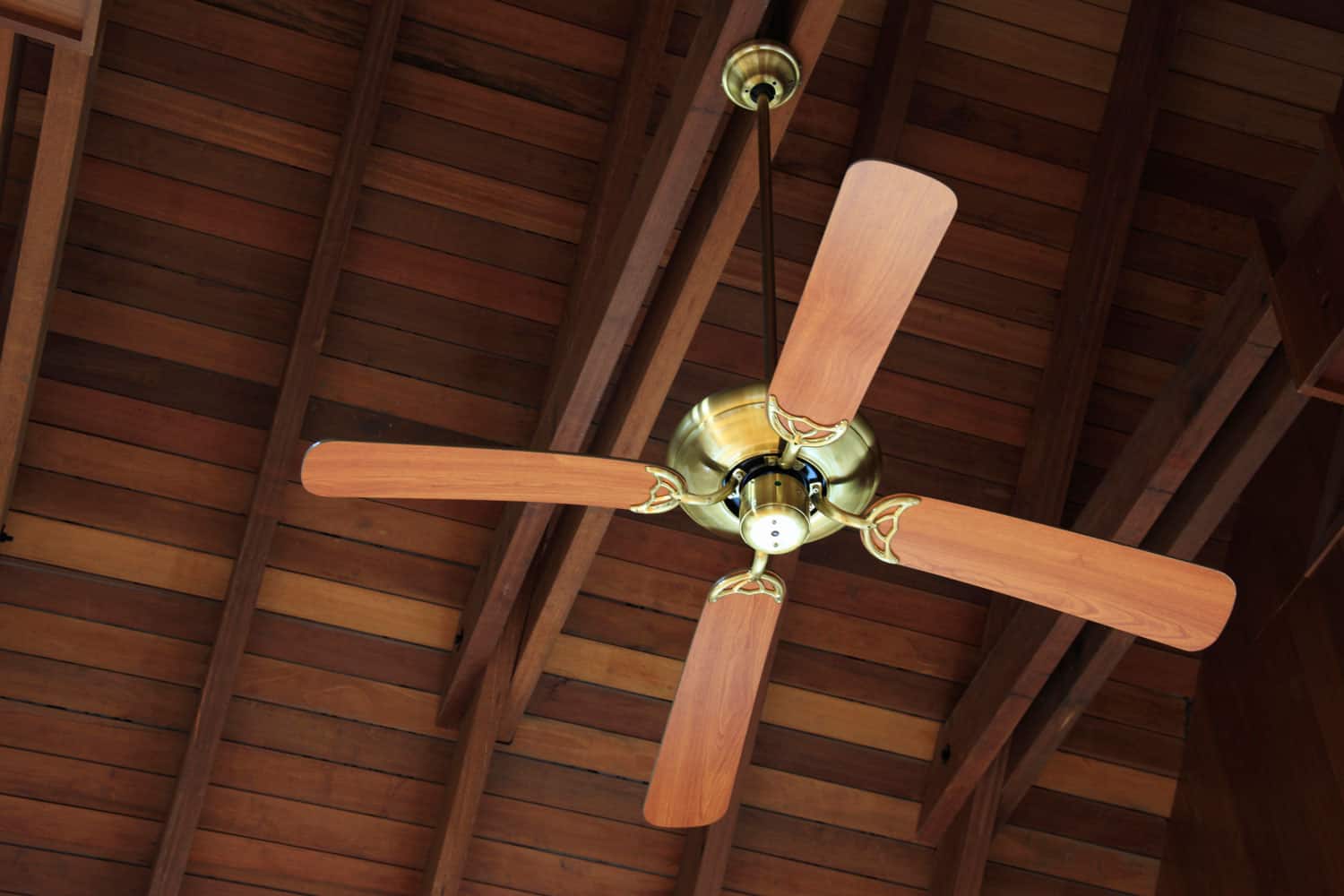 When you buy a ceiling fan, you don’t just mount it or pay someone to do it for you. You should look after the ceiling fan just like you look after your appliances. Clean it regularly and check for bearings and oils. If you notice something wrong, check it before it gets complicated.

Before you go, you may want to check these related posts:

How to Find the Right Blade Replacement?

Can Your Phone Become a Fan Controller Replacement?

Can You Vent A Dryer Into The Attic?

How To Install A Condensate Overflow Switch?

How To Add R22 To A Central Air Conditioner

How To Reset GE Zoneline

How To Clean A Carrier Air Conditioner Filter