Ceiling fans are good for cooling a room because they use less energy than air conditioners. However, it can be frustrating when your ceiling fan isn't working at all speeds when you need it to. Let's take a look at how to troubleshoot this issue.

When your ceiling fan isn't working, there are components that you need to check: 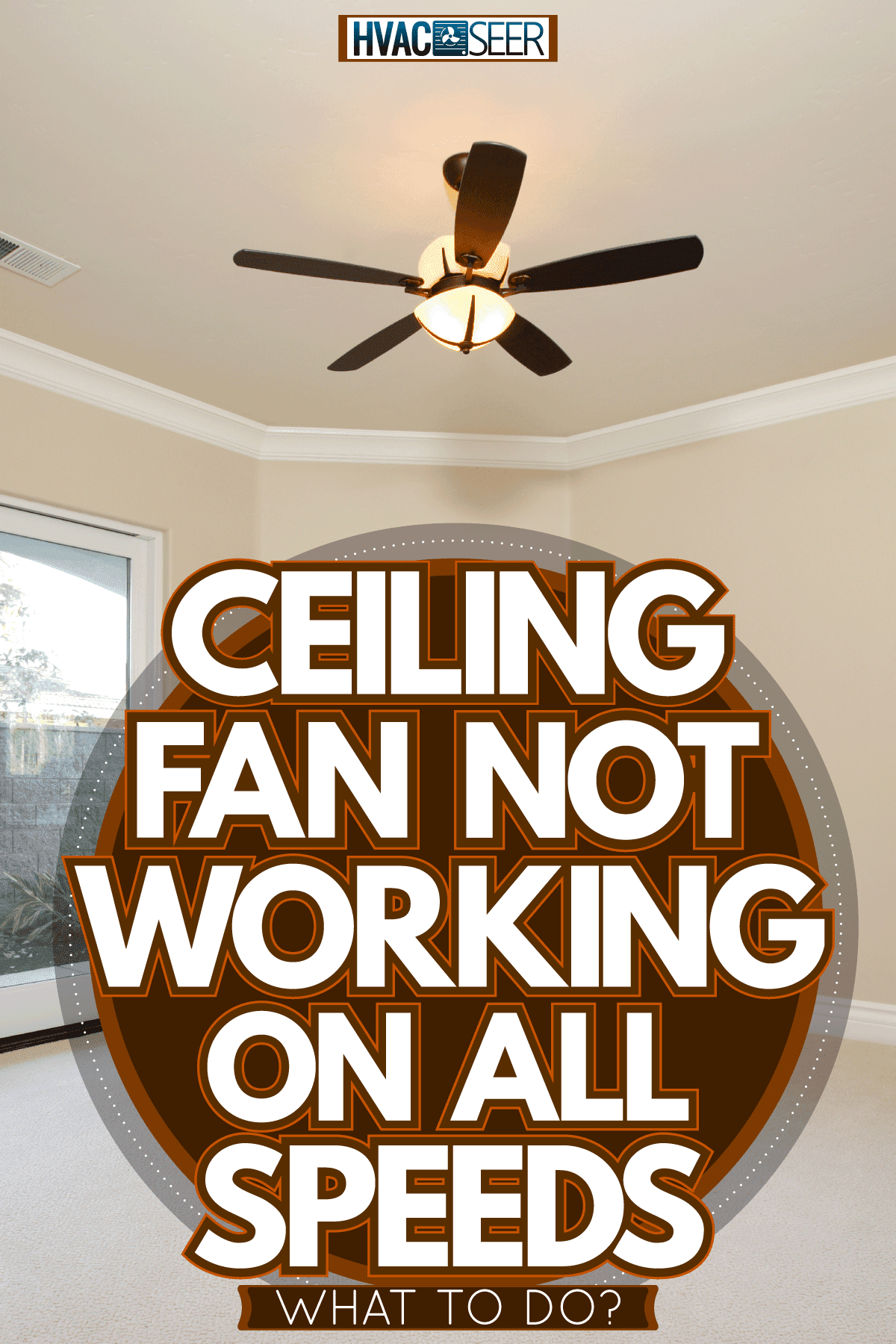 Why Does My Ceiling Fan Not Work at All Speeds?

A ceiling fan has two main parts: the motor and the blades. The motor is located in the center of the fan, and the blades are attached to it.

When you turn on your ceiling fan, the motor starts to spin, which then causes the blades to spin. This motion creates a breeze that helps to cool down the room. 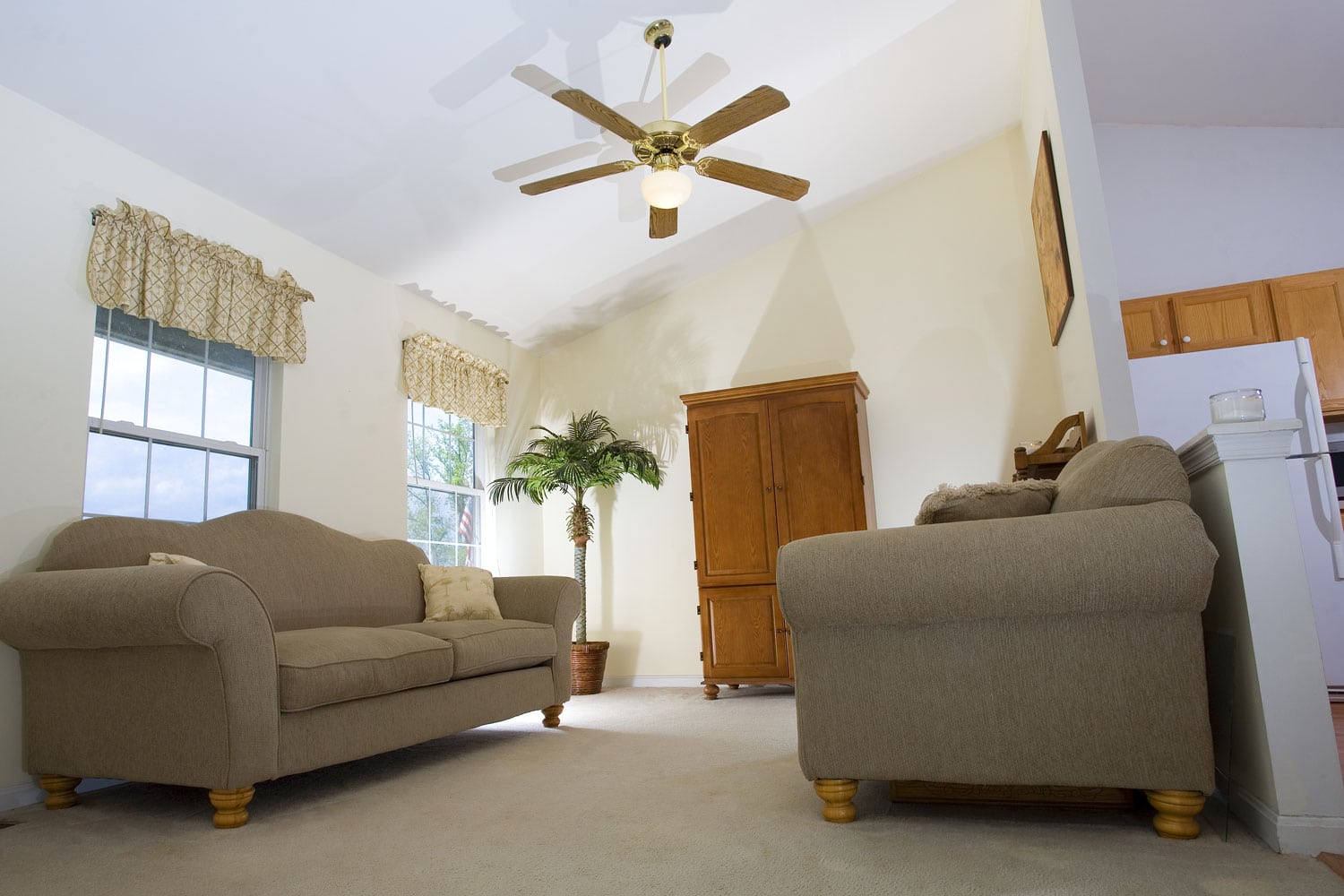 There are different speeds that you can choose from, depending on how much cooling you need. If your ceiling fan is not working at all speeds, it can be due to old age and components wearing down, or it could be because of a problem with the motor.

Let's take a look at each one in more detail: 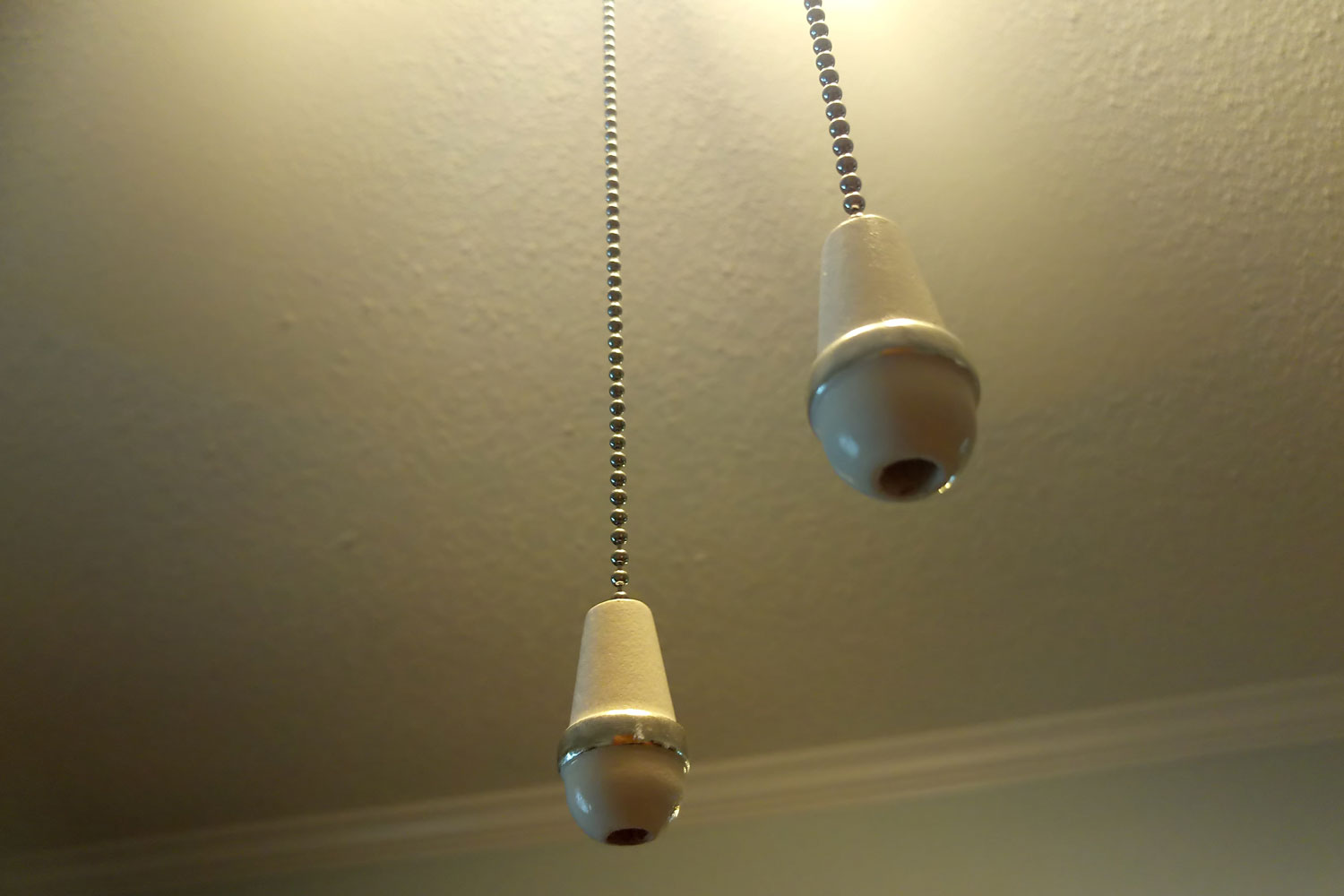 The pull chain is located on the side of the motor. It is used to turn the fan on and off and change the fan's speed. If your ceiling fan is not working at all speeds, it could be because the pull chain is stuck or broken.

To fix this, you will need to replace the pull chain. You can purchase a replacement chain at your local hardware store. Make sure to check the model of your ceiling fan to ensure you get the correct one.

Depending on your ceiling fan, there could be one or more capacitors. A capacitor is a small component that helps to start the motor. If the capacitor is not working, it could be because it is damaged or old.

Turn the breaker off and examine the capacitor. If it is swollen or discolored, it will need to be replaced.

The fan speed regulator knob is located on the side of the motor. It is used to change the speed of the fan. You will need to check the regulator knob(s) to see if they have cracked or broken.

The motor is the most essential parts of the ceiling fan. It is responsible for spinning the blades. If the motor is overheating, it could be because it is working too hard or because it is old.

If you think that the motor is overheating, turn off the power and let it cool down for at least 30 minutes. Once it has cooled down, you can turn the power back on and see if the issue has been resolved.

It may be time for a new ceiling fan if it overheats again. In extreme cases, overheating ceiling fan motors can cause fires.

The wiring is responsible for supplying power to the ceiling fan. If the wiring is loose or damaged, it can cause problems with the fan. To check the wiring, you will need to turn off the power and remove the switch plate.

Examine the wires to see if they are loose or damaged. You will need to call an electrician to repair or replace the wiring yourself if they are.

It supplies power to the motor. If the control box is damaged or old, it can cause problems with your ceiling fan. 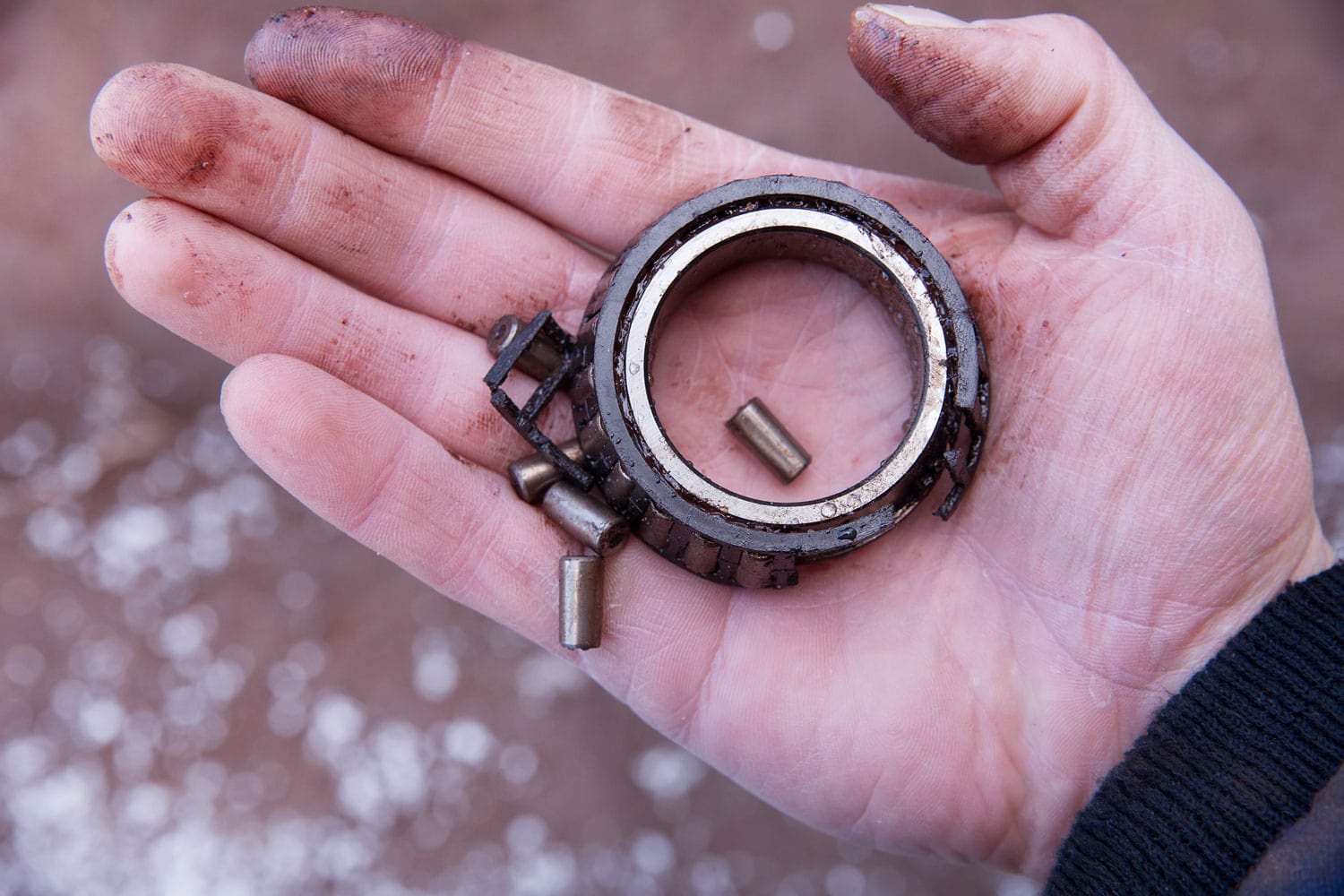 The bearings are located in the motor. They help to keep the motor running smoothly. If the bearings are damaged or not lubricated, then the fan won't be able to turn at higher speeds.

To fix this, you will need to replace the bearings. You can purchase replacement bearings at your local hardware store.

Ceiling fans that are used more often will also require more maintenance. We recommend checking your ceiling fan at least once a year to make sure all the parts are in working order.

You should also clean your ceiling fan blades on a regular basis. Dust and dirt can build up on the blades, which can cause them to become unbalanced.

Unbalanced blades will put more strain on the motor and could cause it to fail prematurely.

How Much Does it Cost to Replace a Ceiling Fan? 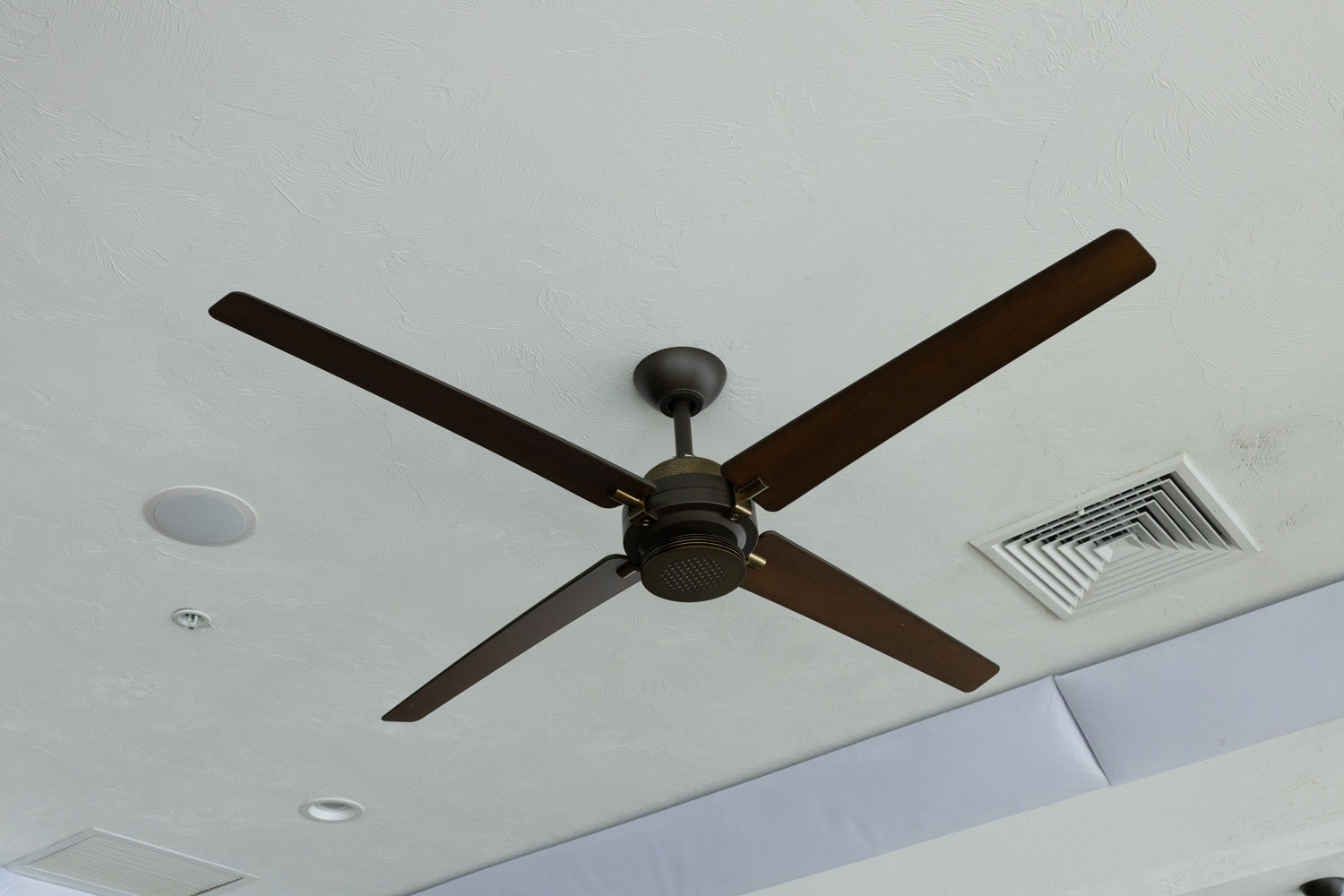 The cost of replacing a ceiling fan will depend on the type of fan you have and how difficult it is to install.

Basic ceiling fans can be purchased for as little as $50. However, if you have a more complicated setup or a higher-end fan, the cost can increase to $100-$2,000. The pricing will also vary depending on the electrician's labor costs.

To save yourself money, you can install the ceiling fan yourself. However, if you are not comfortable doing this, we recommend hiring an electrician as other electrical work can be complex and potentially dangerous.

What are the Signs That a Ceiling Fan Needs to be Replaced?

There are several signs that indicate it's time to replace your ceiling fan, such as:

You can also tell that it's time for a new ceiling fan if it's not working as efficiently as it used to.

For example, if the blades are not spinning as fast or the light is dimmer than usual, it's probably time to replace your ceiling fan.

Is It Okay to Run Ceiling Fans All the Time? 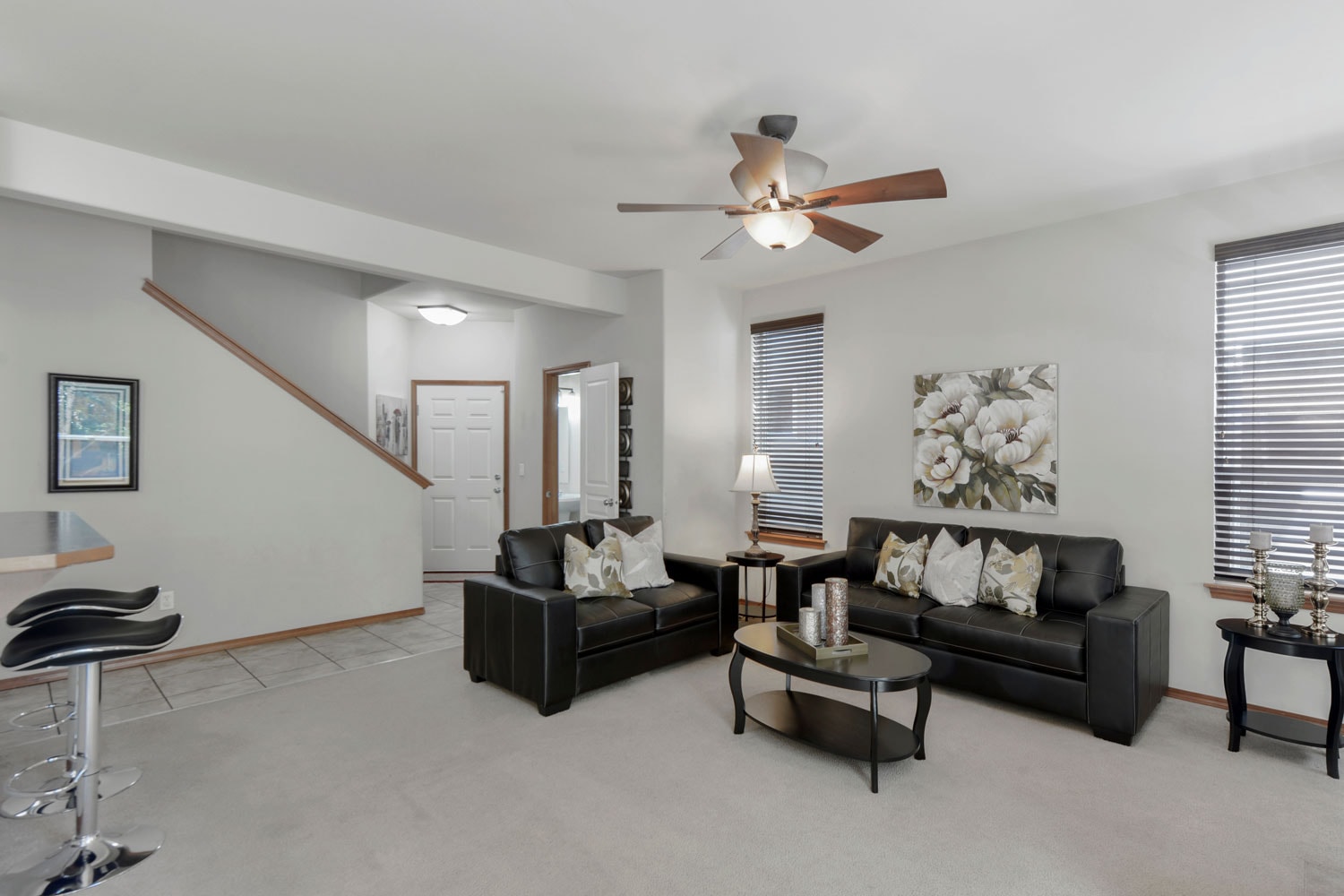 Yes, it is perfectly fine to run your ceiling fan all day long. In fact, many people do this to help keep their homes cool during the summer months.

Running a ceiling fan constantly will decrease its overall lifespan. Since ceiling fans won't lower a home's temperature, it is good to turn them off when no one's home.

Doing this will help to save energy and extend the life of your ceiling fan.

Should You Repair or Replace a Ceiling Fan?

If you are running into issues with your ceiling fan; it is not working at all speeds, is making strange noises, or the blades being damaged, you will need to decide whether to repair or replace it.

It may be more cost-effective to purchase a new ceiling fan rather than repair the old one in some cases. For example, if the ceiling fan is over ten years old and starting to show signs of wear and tear, it may be time for an upgrade.

On the other hand, if your ceiling fan is only a few years old and you can easily replace the damaged part, repairing it may be better. 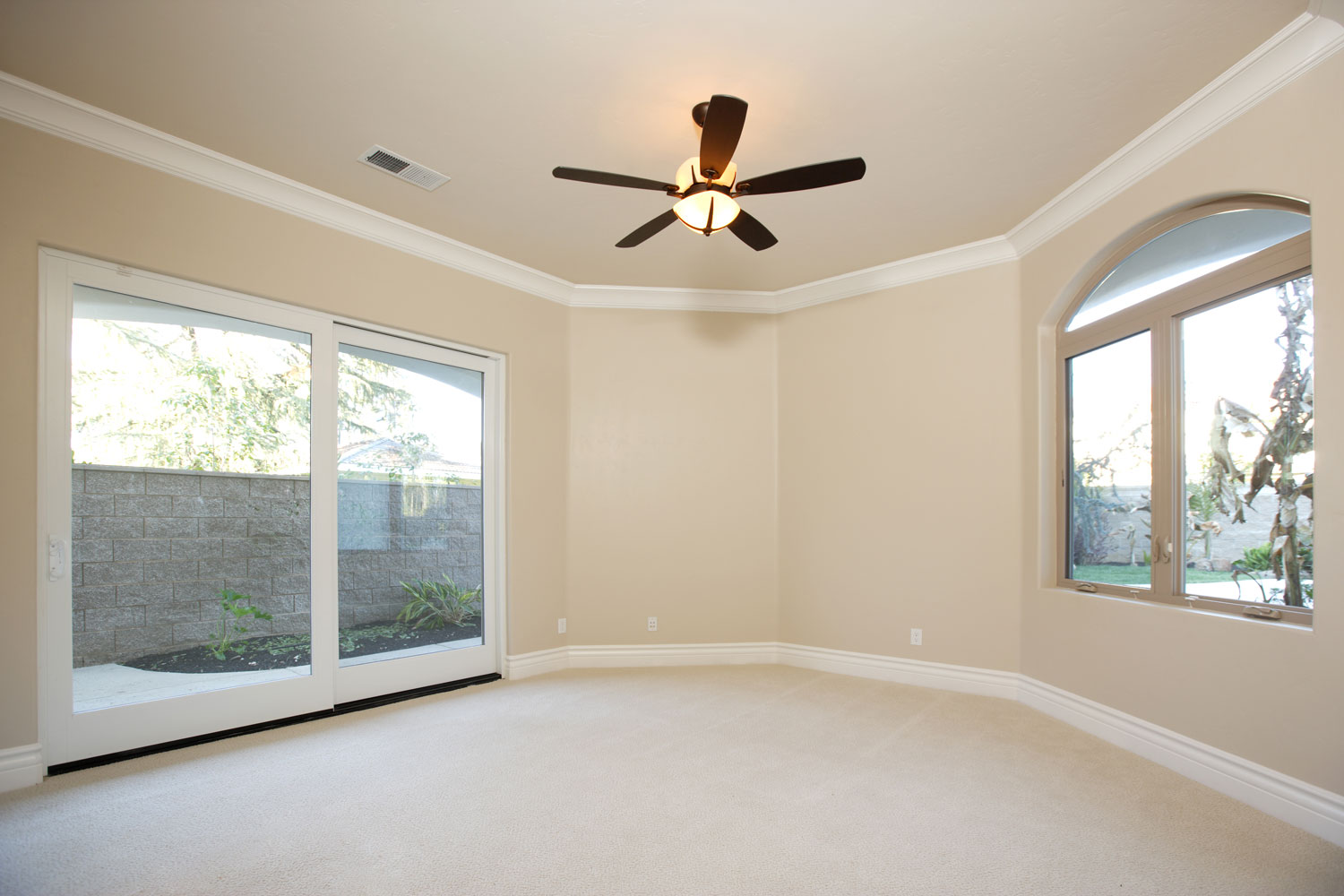 Ceiling fans are a great way to keep your home cool and comfortable. However, like all appliances, they will eventually need to be replaced.

When this time comes, it's important to know the signs that indicate it's time for a new ceiling fan. Additionally, you should be aware of the cost of replacement and how you can install the new ceiling fan yourself.

By following these tips, you'll be sure to purchase a quality ceiling fan that will last for many years to come.

Made it to the end? Here are some other related articles worth reading:

How To Install A Ceiling Fan Without Existing Wiring

Can You Replace Ceiling Fan Blades With Longer Ones? [And How To]

When Does A Heat Pump Switch To Emergency Heat?

Does A Dyson Fan Cool The Air?

Are The Water Heater And Furnace Connected

How To Control A Dyson Fan Without A Remote

How Long Does An HVAC Unit Typically Last? [And How To Make it Last Longer]