We all know that a ceiling fan helps us feel cool during summer days. The fan gives a breeze that helps us in cooling down our bodies. But, what if the ceiling fan works only at high speed? What are you going to do? We have collected several methods to help you troubleshoot and fix this dilemma.

If the ceiling fan only works at high speeds there are three possible reasons:

As we go through this article, we will explain to you one by one all these possible reasons. Hold on tight because we will also discuss related issues to keep your ceiling fan in good working order. 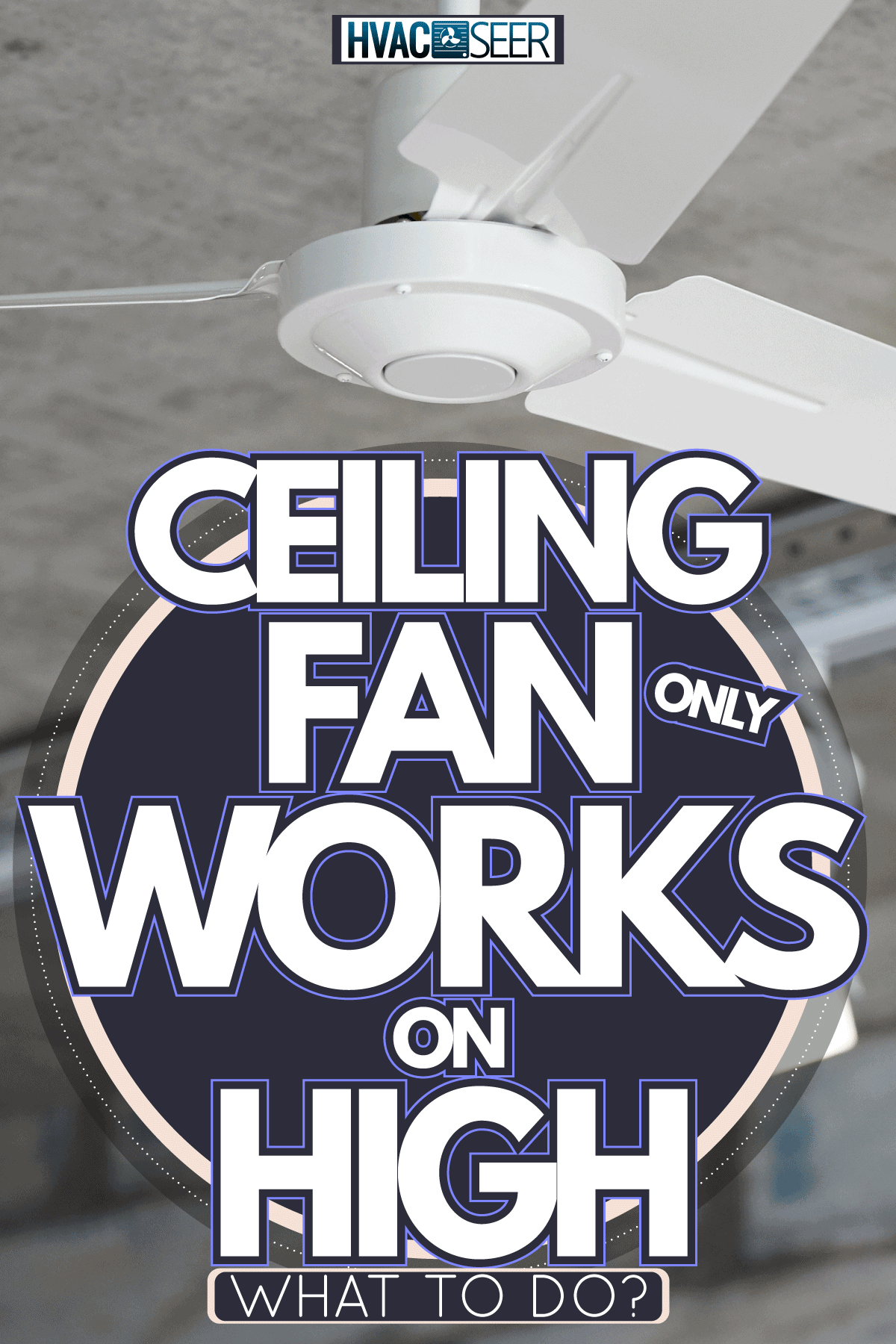 Why does your ceiling fan work only on high speed?

Are you still experiencing this problem? If yes, then read on. 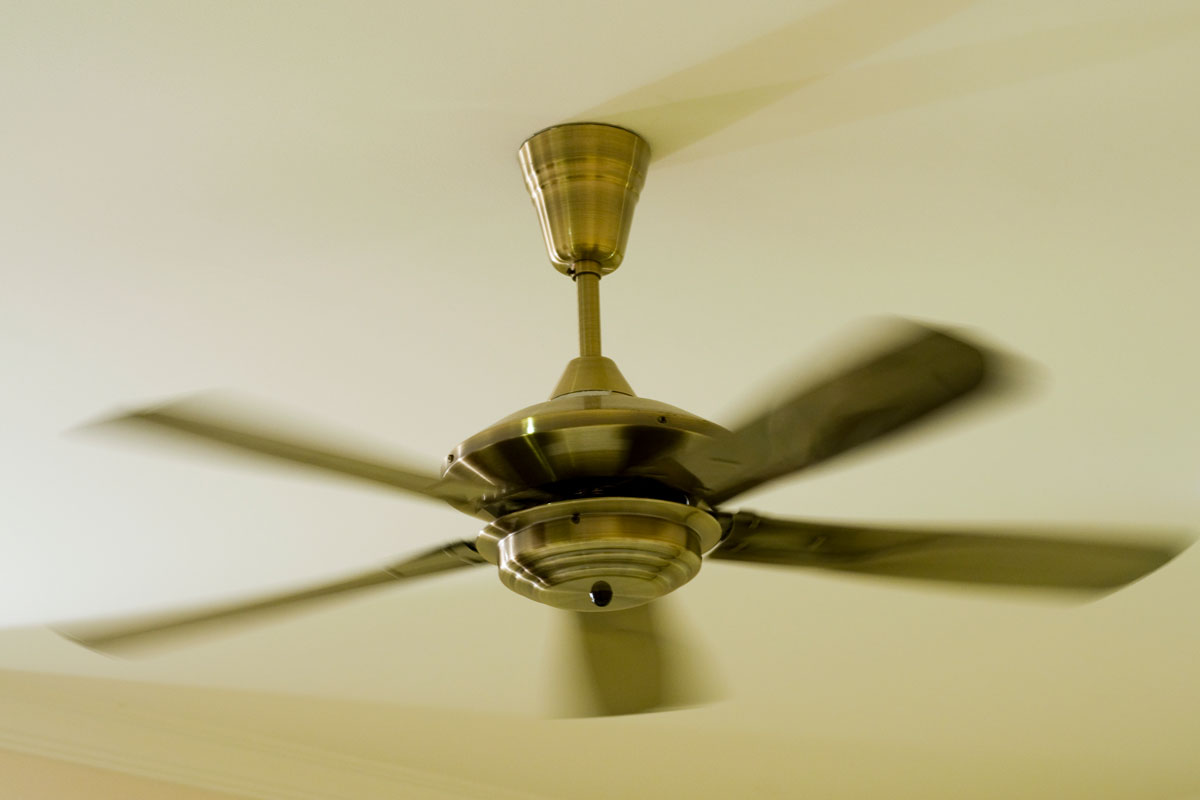 Problems in the remote control box

Nothing interrupts your relaxing afternoon more than a disturbed ceiling fan remote or the control box. So, what are you going to do, pull the string every now and then to change the speed? You are lucky enough because you can solve the issue on your own.

Here is an easy troubleshooting task to get the remote control back again.

Check out this remote control replacement on Amazon.

What does the fan capacitor do?

How to fix a bad fan capacitor?

Let’s face it. You can’t fix a bad capacitor. The only way is to replace it with a new one. Take note that a bad capacitor can lead to serious electrical problems. It can burn the wiring and can be a fire hazard. Your ceiling fan will lose its efficiency.

In order for you to fix it, inspect the wiring and ensure that it is in a good condition. If you notice bad wiring, call a repairman and get it rewired.

If the motor turns out to be the main problem, you can actually replace it. There are motors that simply plug in and out of the ceiling fan. If you do not have one, you need to wire a new motor into place and it should match the colored wires.

Make sure to shut off the breaker box before you start. After that, unscrew the ceiling fan housing, remove the old motor, and replace it with a new one.

Here is a quick price check. The cheapest ceiling fan motors cost between $45 to $50. Most of them go for approximately $110 or more. Given the cost of the motor, it might be cost-effective if you will simply place it rather than going through troubleshooting over and over again.

How to Choose the right regulator - Energy Saving 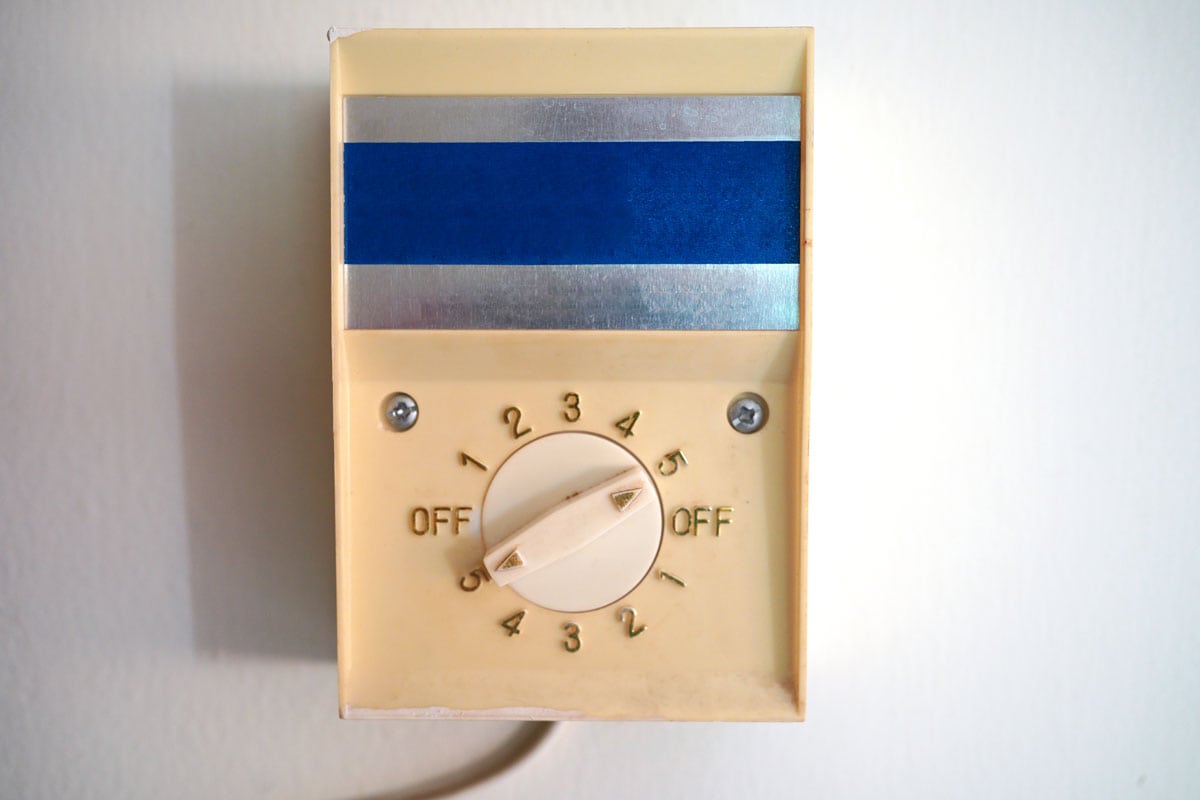 First, you need to know different types of regulators. Just hang on tight.

Electronic regulators are available on the market They are the latest type of regulators which are smaller than those electric ones. These use capacitors instead of resistors to reduce voltage.

The capacitors regulate the speed of the fan through the waveform of the power supply. It does not heat up and it saves electricity. You can save at least 30% to 40% of electricity when running on speeds 1 and 2.

When encountering issues with electronic regulator

The electronic regulator would not cost you that much, but most users find issues with this part regarding the speed regulation. Using the step regulator, you can select the speed you want if there are issues in the capacitor or once the circuit becomes defective.

Since most companies provide a good warranty, you should immediately report issues or defects to their customer service.

With proper stepped electronic fan regulators, when you want to change speeds, there are many transients created which are harmful to the fan’s capacitors. So, ideally, you must turn off the switch, change the speed and switch it back on. It seems awkward, right? You will get used to this so the regulator will last long.

Issues with the Ceiling Fan Speed Control - What to do 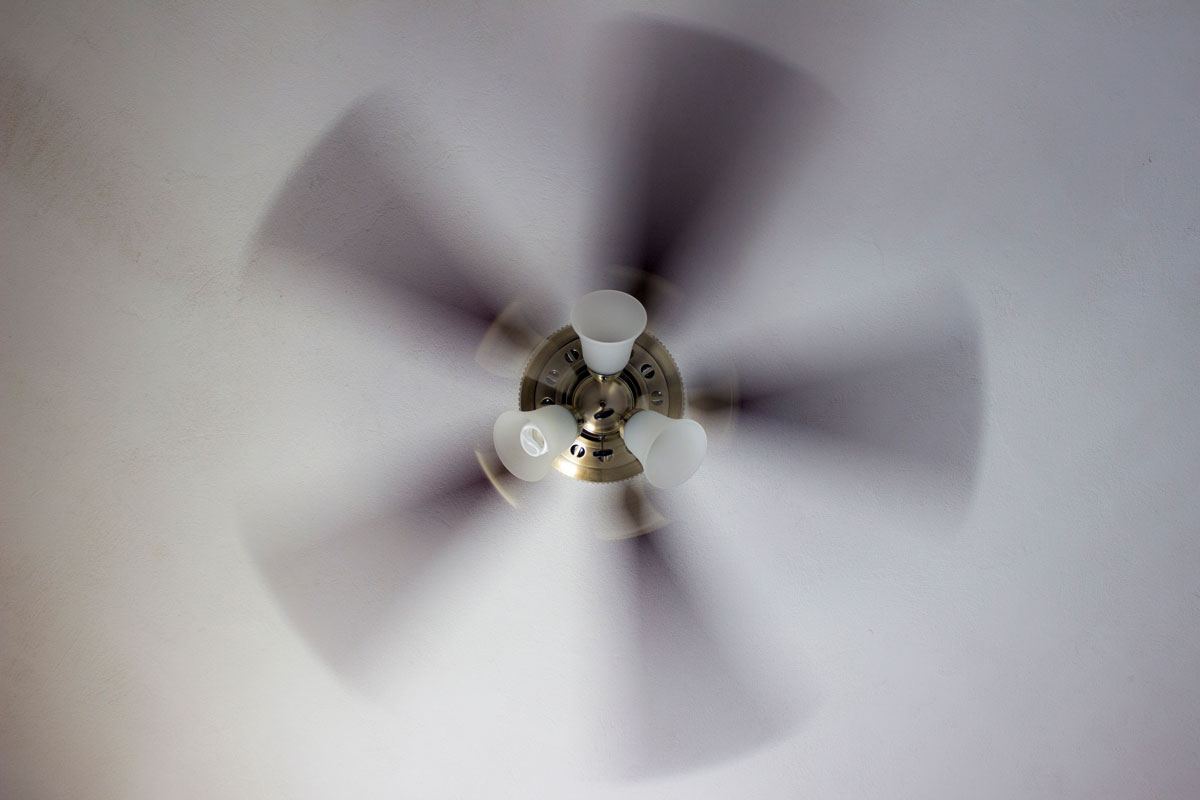 Altering the speed of a ceiling fan requires accurate wiring and electronic mechanisms. You need to be extra careful in fixing or repairing certain issues with the fan. Operating on different speed controls seems to be a basic process even though some electronics are said to be durable.

The controls have different increments when you select a speed every time you pull a chain. This mechanical action sometimes fails in many ways. Fortunately, you can purchase a fan speed control at its cheapest. It is readily available in most hardware and online.

Here are some points to encounter when dealing with ceiling fan speed control issues.

Remember that fans have 120vac, 208vac, or 24vac. Make sure to use appropriate precautions when dealing with ceiling fans. Always switch off the circuit breaker or the fuse before you implement your servicing.

If you can't clearly see from where the fan is, you can just mark the fuse or the circuit breaker. A ladder would help you to service the fan so it won't risk a fall injury.

These are some of the common elements of a ceiling fan that you need to know:

Both of these are similar but own different capacitors. This is one of the major parts of the fan that needs to be maintained. 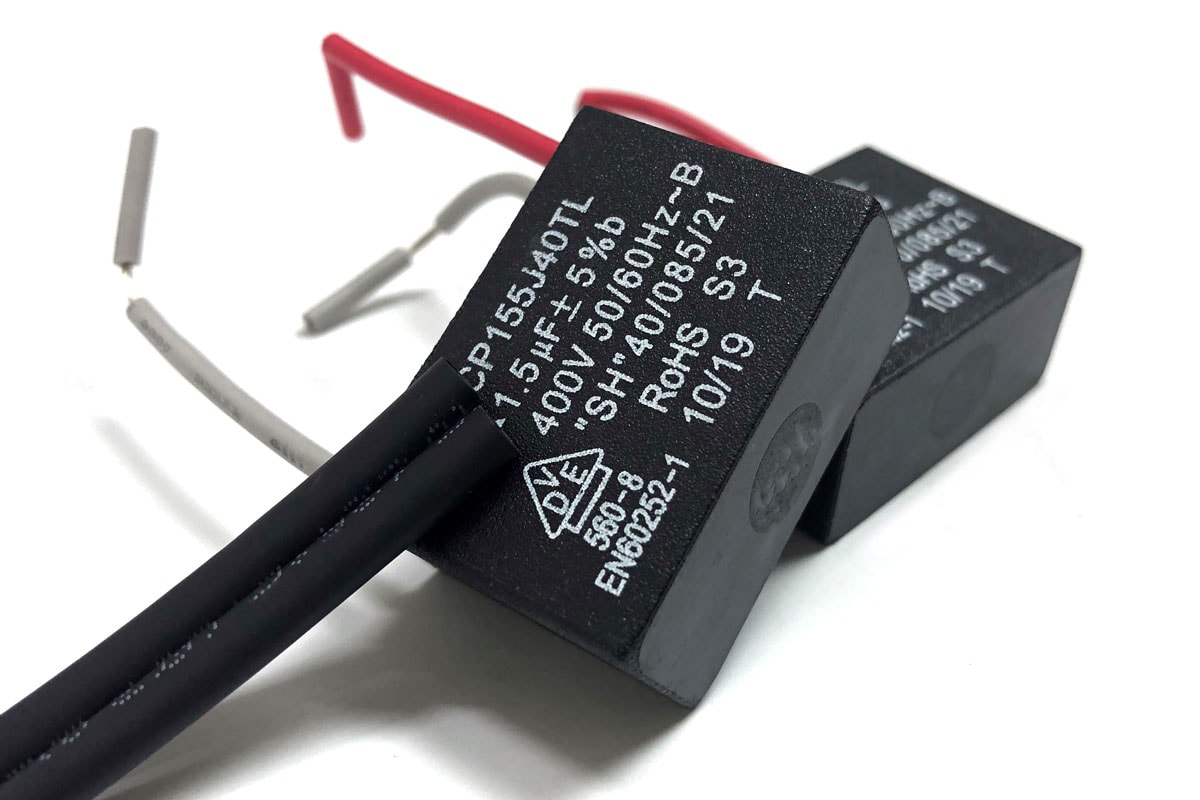 Next, you need to analyze the situation or the issues concerning the ceiling fan speed control. One of the main reasons why fans do not turn on is that it has a defective switch or a completely defective capacitor.

If the fan only runs at one or two speeds, then it has a defective capacitor. Once the multiple section capacitor malfunctions, it prevents the fan from operating properly. Oftentimes, you can do nothing with this but replace it with a new one.

Here is an example of a defective capacitor: 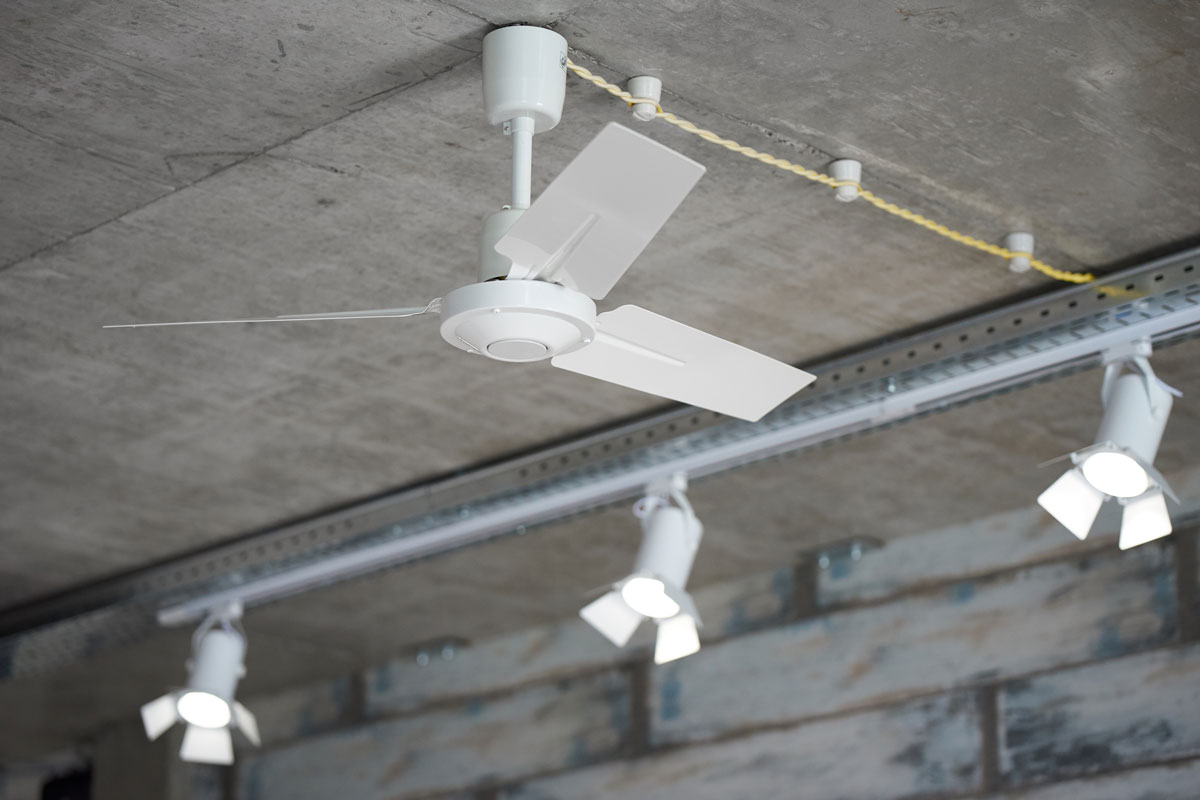 Now, you are equipped with important details on how you can deal with a ceiling fan which stuck on high speed.  Check the motor and the capacitor regularly so you can maintain the good performance of your fan. Moreover, check the major parts of the fan so it won't have any serious problems in the future.

Check this out for some related articles:

How to Replace Your Fan's Remote Control?

How to Install Wireless Remote Control?

Can You Mix Galvanized And Black Pipe For Gas Line?

Should You Ventilate Your Home in Winter?

What’s The Best Oil For Briggs And Stratton Generator?

Does Cellulose Insulation Deter Mice And Other Pests?

Panasonic Whispergreen Vs. Whisperceiling: Which Is Right For You?