Ceiling fans are a great way to keep your home cool during the summer. But what do you do when your ceiling fan stops working, but the light still works? Don't worry. We did the research, and here is what we found out.

If your ceiling fan won't turn on, there are a few things you can check to troubleshoot the problem: 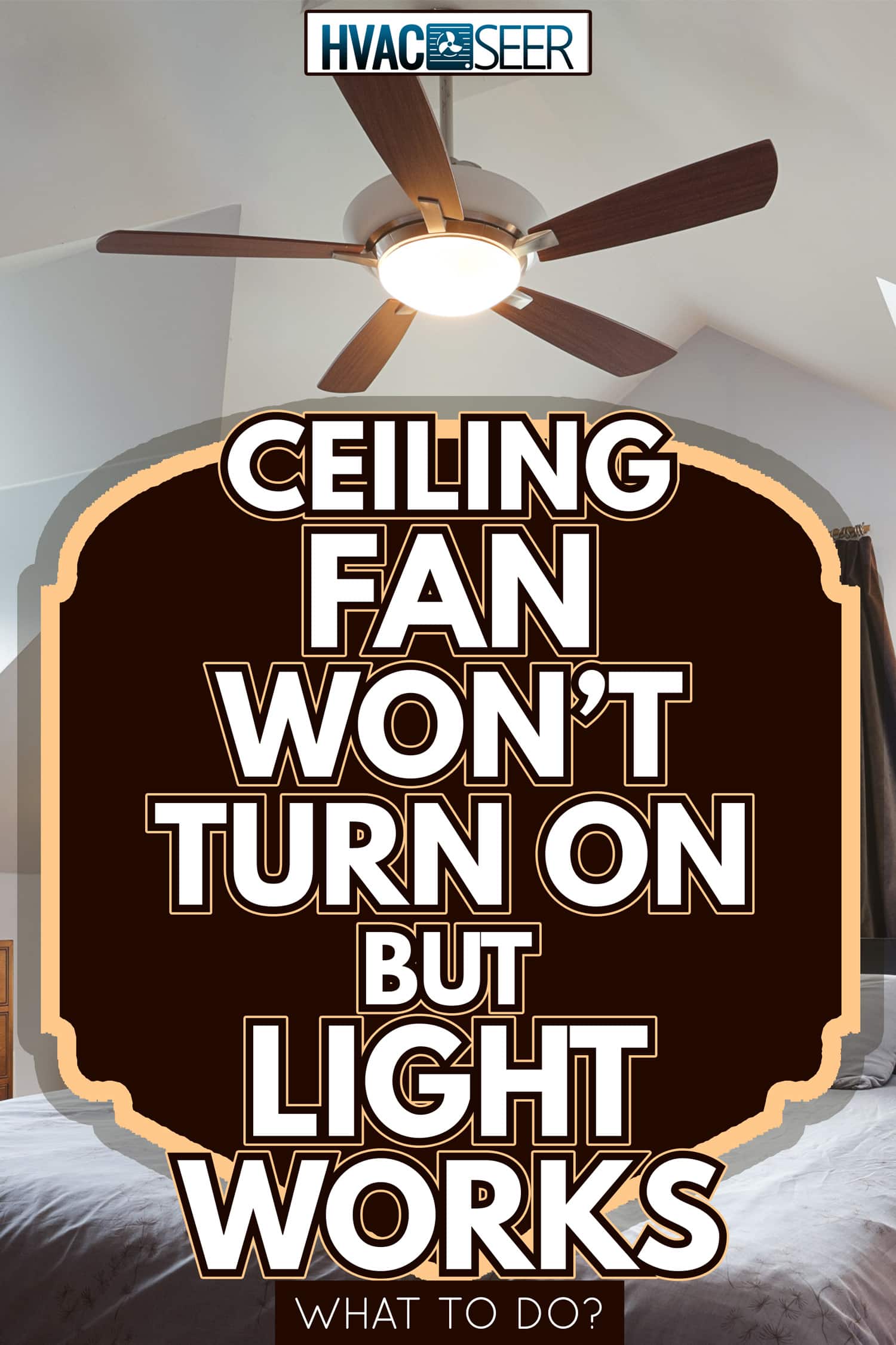 How To Troubleshoot a Ceiling Fan That Won't Turn On 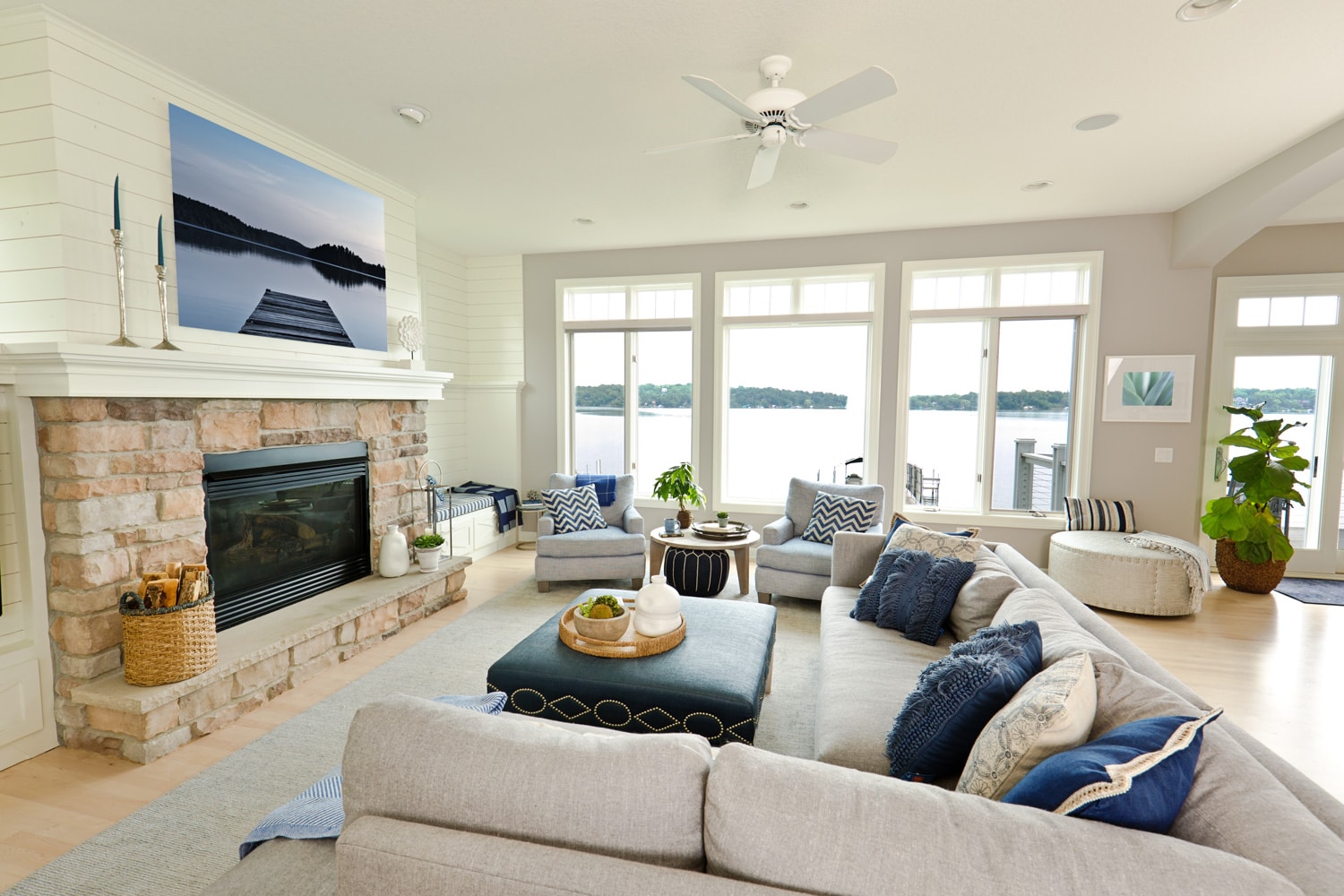 1. Check if the Ceiling Fan is Plugged In

Then, remove the switch plate with a screwdriver and take a look at the wires. If the wires look frayed or damaged, then you'll need to replace the switch.

Put the switch plate back on and turn on the power if the wires look good. If the fan still doesn't work, then there could be an issue with the motor. You'll need to call an electrician to take a look at it and diagnose the problem.

If your ceiling fan suddenly stops working, it may be because the circuit breaker has tripped. Check the fuse box to see if there is a blown fuse. Resetting the circuit breaker is a relatively simple process, and it can often fix the problem without the need for an electrician.

Here's how to do it: first, find the circuit breaker box and identify the breaker that controls the ceiling fan. Then, flip the switch to the "off" position and wait for a minute or two.

Next, flip the switch back to the "on" position. If the ceiling fan still does not work, you may need to call an electrician. However, in most cases, resetting the circuit breaker will get your ceiling fan up and running again.

If the blades can't spin freely, it may be because they're dirty or blocked by something. In order to clean them, you'll need to remove the light fixture and cover the motor. Be sure to use a soft cloth or duster, so you don't damage the blades. If they're still not spinning freely after you've cleaned them, then you'll need to call an electrician to take a look at the motor. 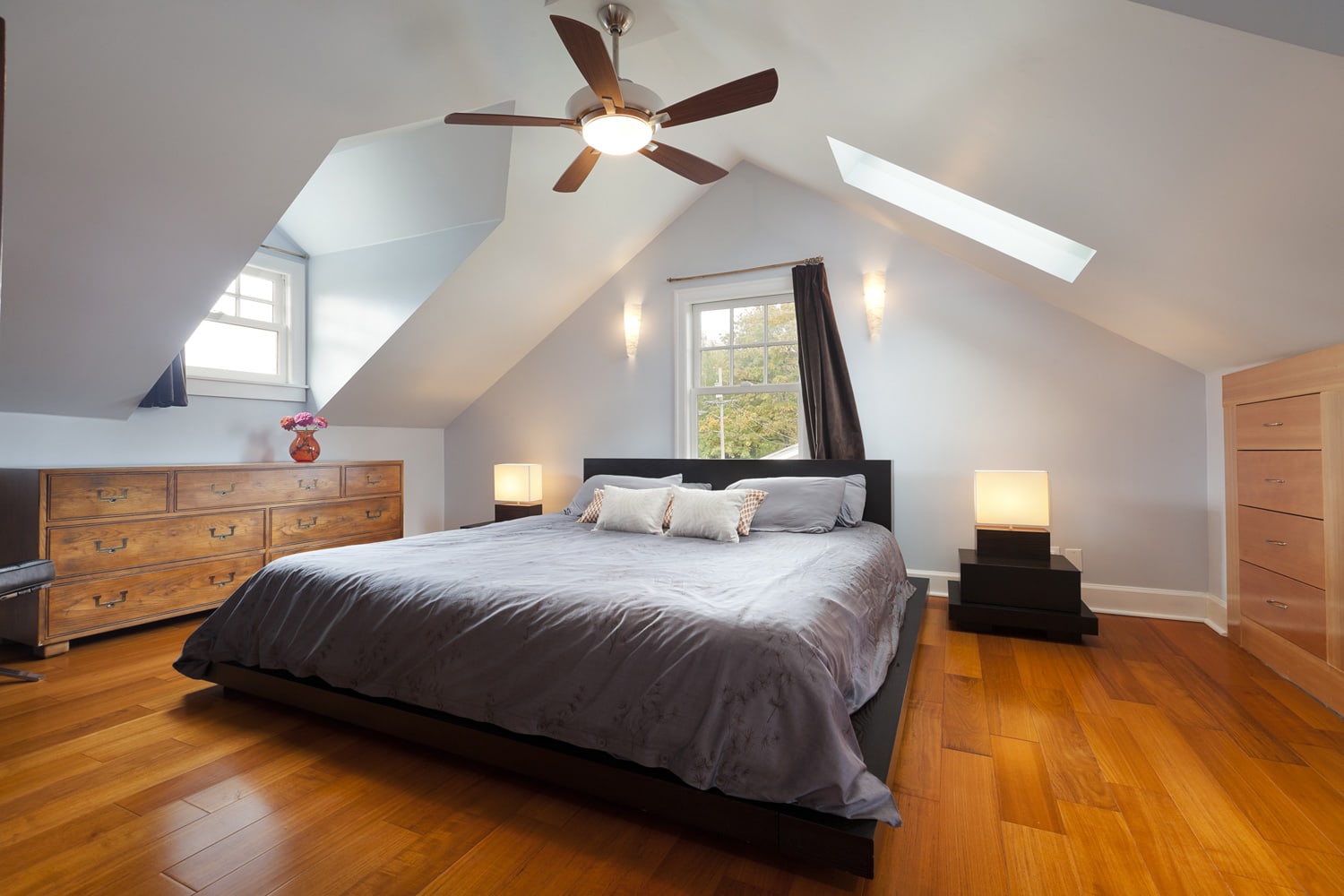 If your ceiling fan is making unusual sounds, there may be a problem with the motor. To check the motor, first, unplug the fan and remove the light fixture. Next, take off the cover of the motor and check to see if any of the wires are loose or disconnected.

If everything looks okay, put the cover back on and plug in the fan. If it still makes unusual sounds, then you'll need to call an electrician to take a look at it and diagnose the problem.

In some instances, broken blades may keep your fans from turning on. If your motor is still functioning properly and the wires are intact, you might only need to replace the blades of the fan.

Keeping your ceiling fans in good working order isn't hard - but it is important. After all, a ceiling fan can help to keep your home cool in the summer and circulate warmth in the winter. Plus, it can also help to improve your home's energy efficiency.

Here are a few tips to help you keep your ceiling fans in top shape:

Be sure to dust your fans regularly, using a soft cloth or duster. This will help to prevent dirt and dust buildup, which can eventually lead to problems with the motor.

If you have a light attached to your ceiling fan, be sure to clean the glass or plastic coverings regularly. Dirt and dust can accumulate on these surfaces, dimming the light.

Once a year, oil the motor of your ceiling fan. This will help to keep it running smoothly and extend its life.

By following these simple tips, you can be sure that your ceiling fans will provide years of service.

What Are Ceiling Fan Alternatives

Ceiling fans effectively circulate air within a room. But if you would like other options, here are some alternatives:

Window air conditioners are the most popular alternatives to ceiling fans. They can be a bit more expensive, but they can provide dust-free cooling.

Check Out This Midea Window Air Conditioner on Amazon.

Tower fans are a great alternative to ceiling fans, especially if you don't have enough space for a larger fan. They typically take up less space, and some models can even be tilted to direct the airflow where you need it most.

Pedestal fans are another option, and they typically take up less space than ceiling fans. They can also be tilted to where you want the airflow the most

Check Out this Lasko Oscillating Pedestal Fan on Amazon.

Attic fans are another option, but they may not be as effective if you have a lot of dirt and dust in your attic.

These are often called air multipliers. They look like pedestal fans but without the blades. These unique fans function by sucking air in through the base, then blowing it through a thin tube.

For personal cooling, box fans can be a great choice. They are cheaper than ceiling fans as they can only provide cooling in a smaller area.

Check Out this Hurricane Box Fan on Amazon.

How Long is the Lifespan of a Ceiling Fan?

The lifespan of a ceiling fan typically depends on how often it is used and how well it is maintained. If it's used frequently and you clean and oil the motor regularly, it could last up to 10 years. However, if it's not used very often or if it's not well-maintained, it might only last for a few years.

How Much Does it Cost to Install a New Ceiling Fan?

Depending on the ceiling fan size and model and the handyman labor costs, it will cost you at least $150 up to $1,000.

Do You Need an Electrician to Install a Ceiling Fan?

If you are confident with your handyman skills, you wouldn't need an electrician to install your new ceiling fan. However, depending on your local code requirements, you might need a professional to install it. 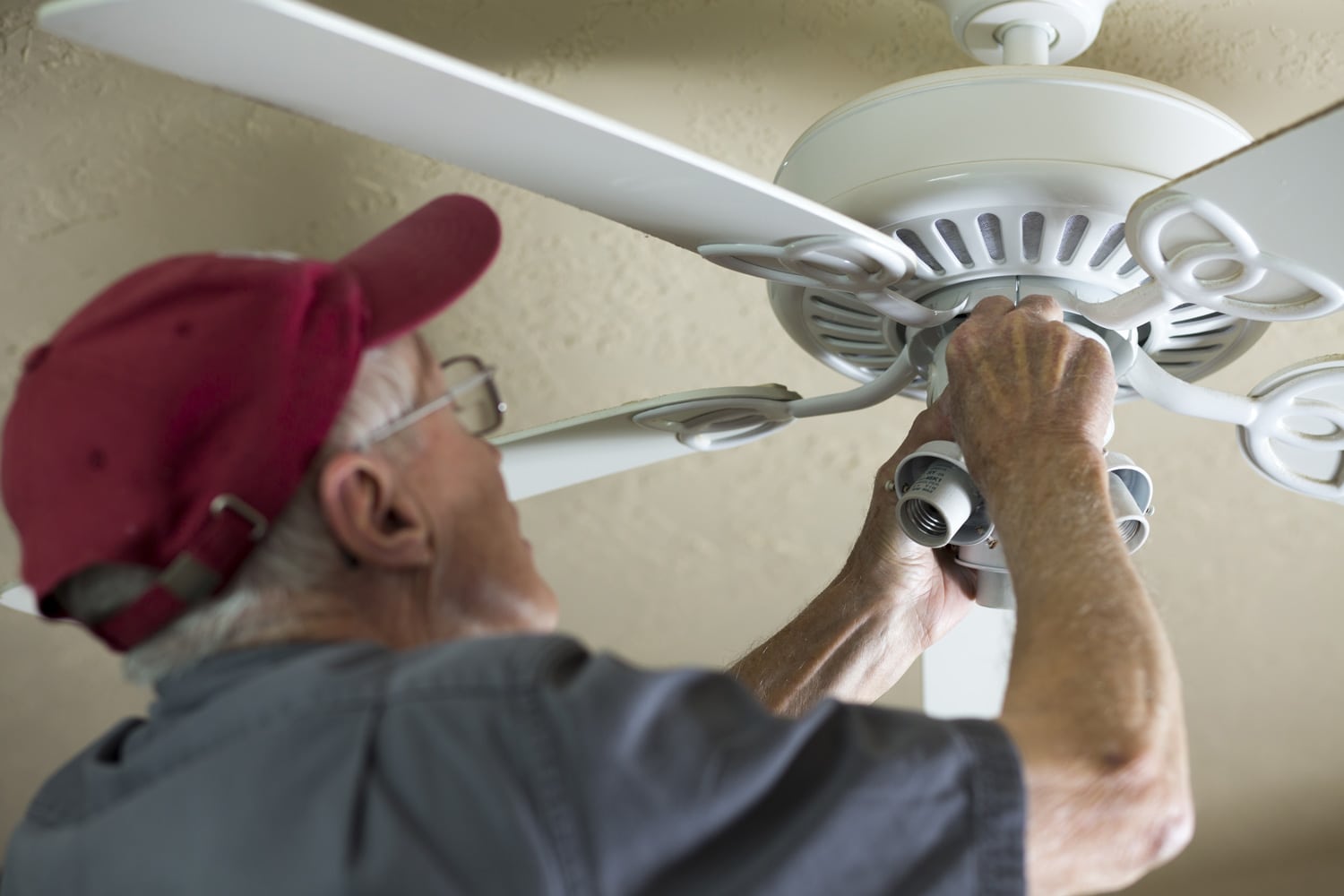 How to Oil a Ceiling Fan Without Taking it Down?

There are a few different ways to oil a ceiling fan without taking it down. One approach is to use a spray bottle or a paint roller to apply oil evenly across the blades, making sure to cover all surfaces. Another option is to use a cloth or sponge that has been dipped in oil, gently wiping the surface of each blade until it is thoroughly coated.

Whichever method you choose, it's best to work on one blade at a time so that you avoid dripping oil onto other surfaces. Once you have finished applying the oil, allow it to dry for several hours before testing out your newly oiled fan! With just a bit of time and effort, you'll be able to keep your ceiling fan running smoothly for many years to come.

How Often Should Ceiling Fans be Inspected? 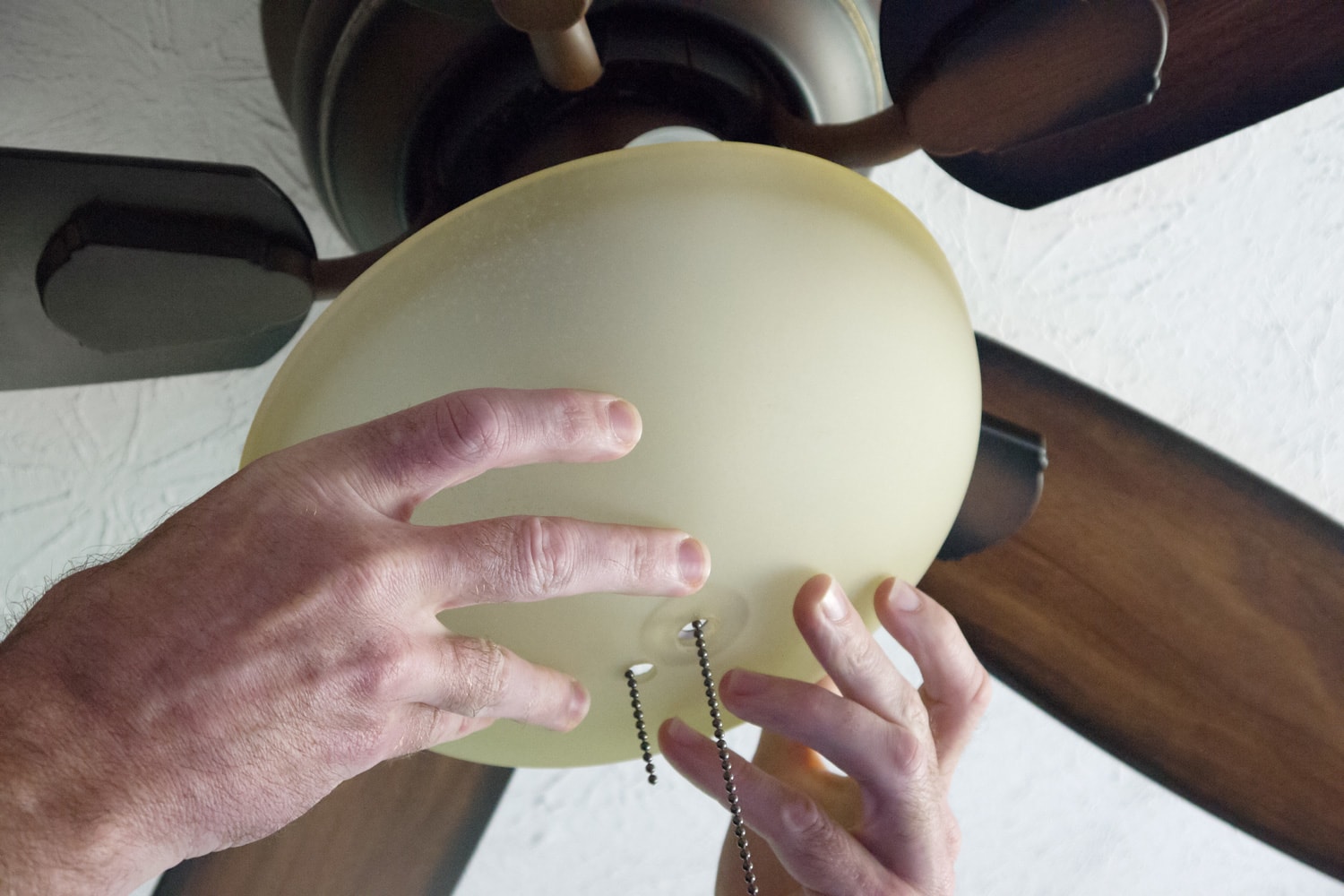 Routine inspections of ceiling fans should be done once at least every six months. Here's how you can do it:

A ceiling fan that won't turn on despite the light turning on is one of the common problems that many homeowners experience. If you know what to do, then you'll have your ceiling fan running up again in no time.

Since you're already here, you might want to read the following related articles:

Ceiling Fan Not Spinning – What To Do?

How To Balance A Ceiling Fan

How To Cover Furnace Exhaust Pipe

Can You Use A Humidifier Without A Filter?

How To Clean An Evaporative Humidifier

Furnace Won’t Turn On After Summer – What Could Be Wrong?

Trane Air Conditioner Not Turning On – What To Do?