Basements are known for being one of the coldest rooms in a home. But do their ceilings need insulation? We've researched whether or not basements need to have insulated ceilings, and in this post, we will share our findings with you.

The most important thing to remember is that your basement should be kept dry and conditioned. This is essential to keeping it free of pests and moisture issues. Continue reading to learn more about basement ceiling insulation and other related topics. 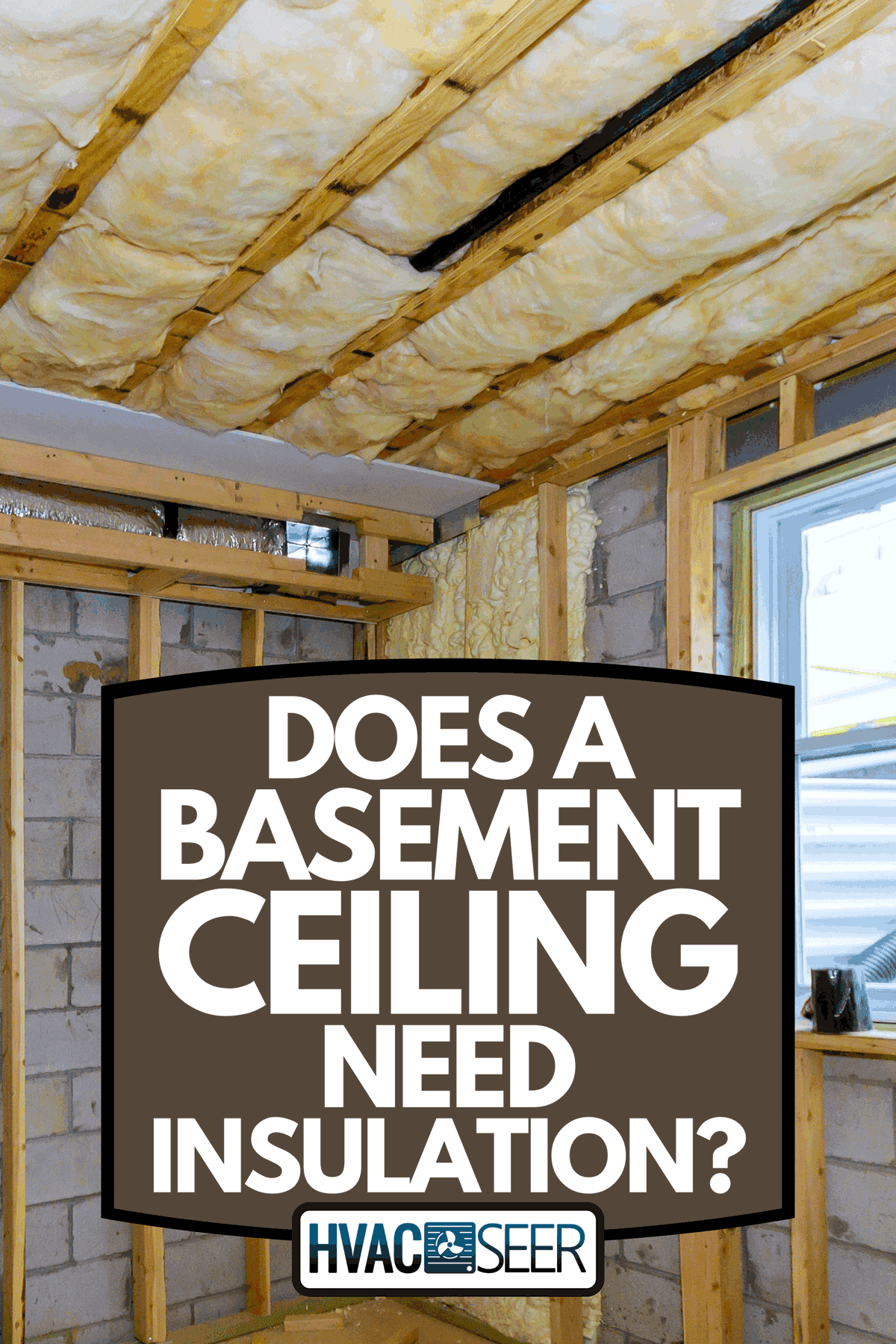 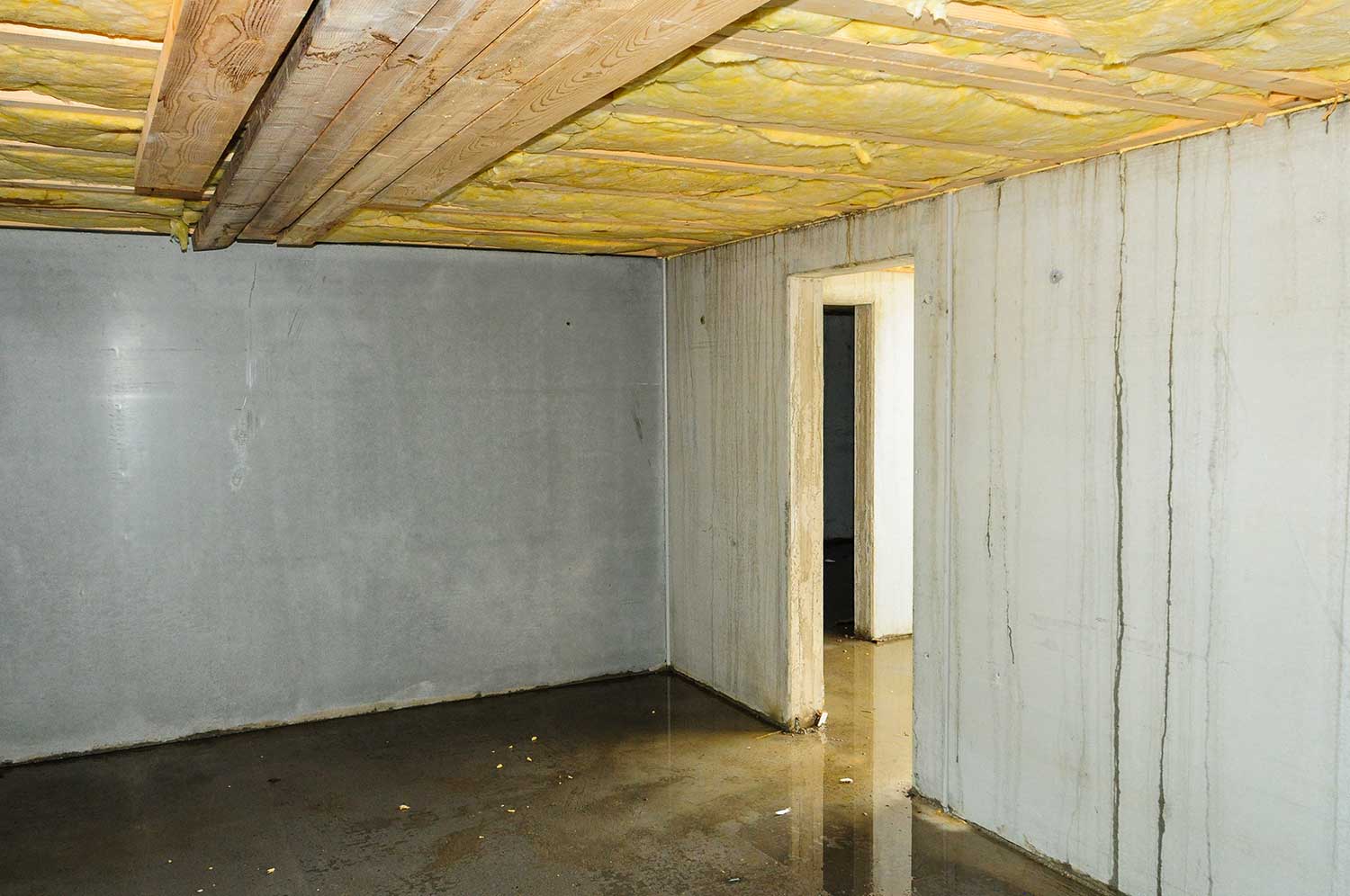 More often than not, basements are among the last places in a home that most homeowners will think to insulate, particularly when they're not finished. And this is especially true for the ceiling of the basement. When applying insulation to the basement, homeowners typically apply it to the interior and exterior walls only. Let's look at the pros and cons of installing ceiling insulation in the basement.

Basements that have insulated ceilings may offer increased energy savings. Though basements will receive most of their cold air through the walls, windows, and doors, they can also receive cold air from the upstairs if it is left unheated. For example, if you live in an area that has cold winters and you go on vacation for a few weeks without programming your thermostat, this can cause the temperatures in the upper levels of the home to drop significantly.

In which case, the temperature in the basement may also drop if the ceiling isn't insulated in addition to the walls. Having the ceiling insulated can also help keep nearby pipes from bursting during freezing winters.

One of the biggest reasons homeowners may insulate their basement ceiling is to add a soundproofing layer to their home. This is especially common in homes where the basement is used as a functional area, such as a theater room, home gym, or home studio. Noise proofing may also be desired if you have an especially noisy basement and prefer to keep the floor levels of the home quieter. For example, if you have a noisy washer, HVAC system, or home theater and want to dampen these sounds, ceiling insulation in the basement may be ideal.

Insulation helps to control humidity in a room. If you live in a colder region, this can be beneficial for basements, as moisture can easily accumulate on the ceilings and walls, causing issues such as mold and mildew. If your basement is not finished and does not have insulation, installing insulation on the ceiling can help to reduce the amount of moisture that the basement produces. 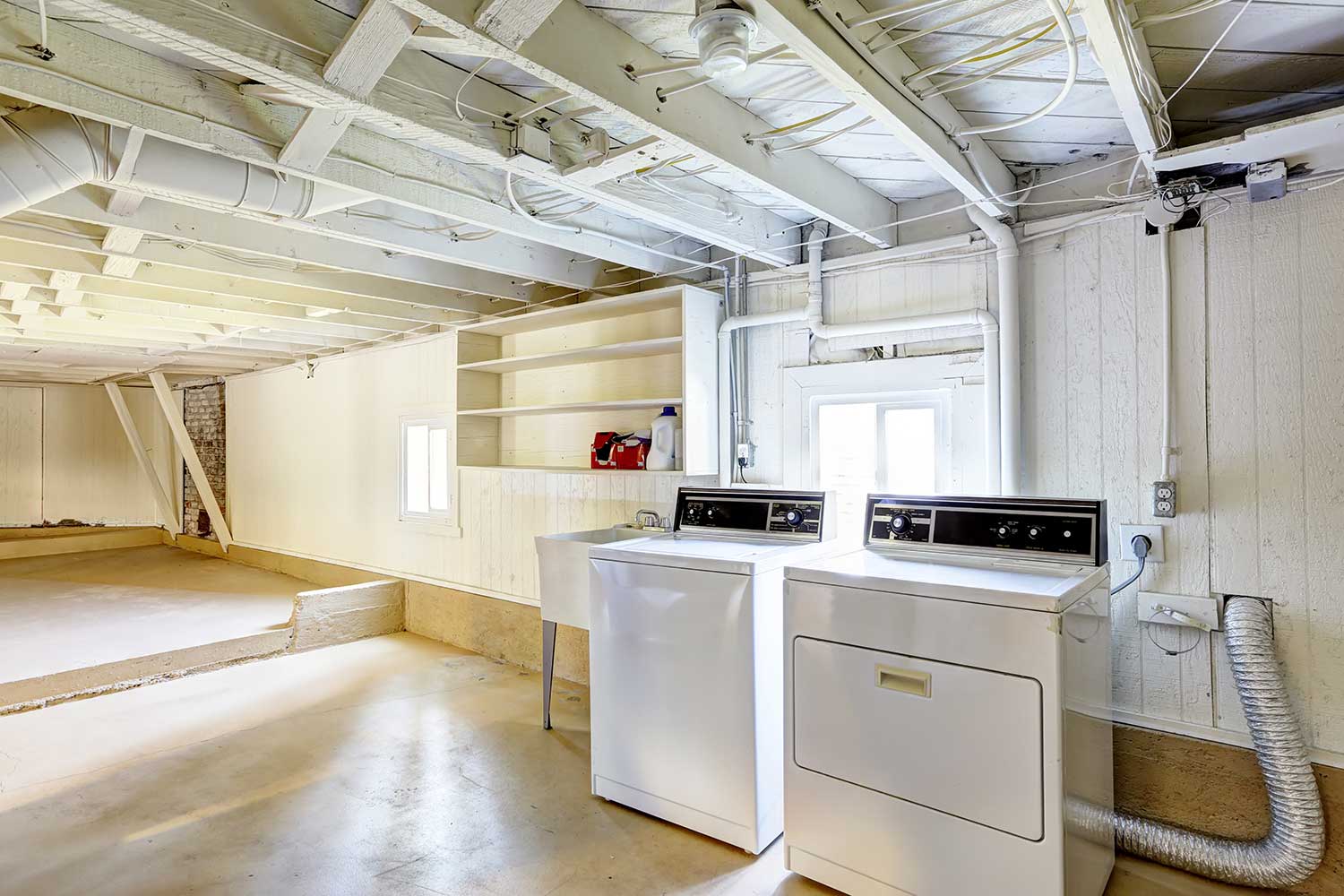 Installing a layer of insulation on your basement ceiling will mean having to comprise ceiling height. Depending on the amount of insulation needed for your home specifically, you can lose anywhere from eight to 16 inches of height for the insulation alone; and even more, once the drywall is installed over the insulation. So if your basement is less than nine feet tall, this is something to consider beforehand. Take note that the average basement height for homes in the US is only seven feet.

Anytime you perform work on the ceiling of a home, it will always be more challenging than performing work on walls, as you have to deal with gravity and height issues. This is definitely the case when it comes to installing insulation on a basement ceiling. Even when you use batt installation, it's important to make sure that it is correctly secured, or it may dip, sag, or eventually fall out of its position. For this reason, it's typically better to have an experienced contractor install the insulation. And this is a project that many homeowners may see as unnecessary.

Yes. Noise reduction is a huge reason why many homeowners choose to insulate basement ceilings. With the right insulation, you can greatly reduce the amount of sound transmitted from the rooms above to the basement. This can be particularly beneficial if you use your basement as a home office, home theater, or other purposes for which you may require a quiet space. Conversely, this can also reduce the amount of sound coming from the basement to the upstairs rooms.

Can you use faced insulation in the basement ceiling?

Learn more details about this faced insulation on Amazon.

How much does it cost to insulate a basement ceiling? 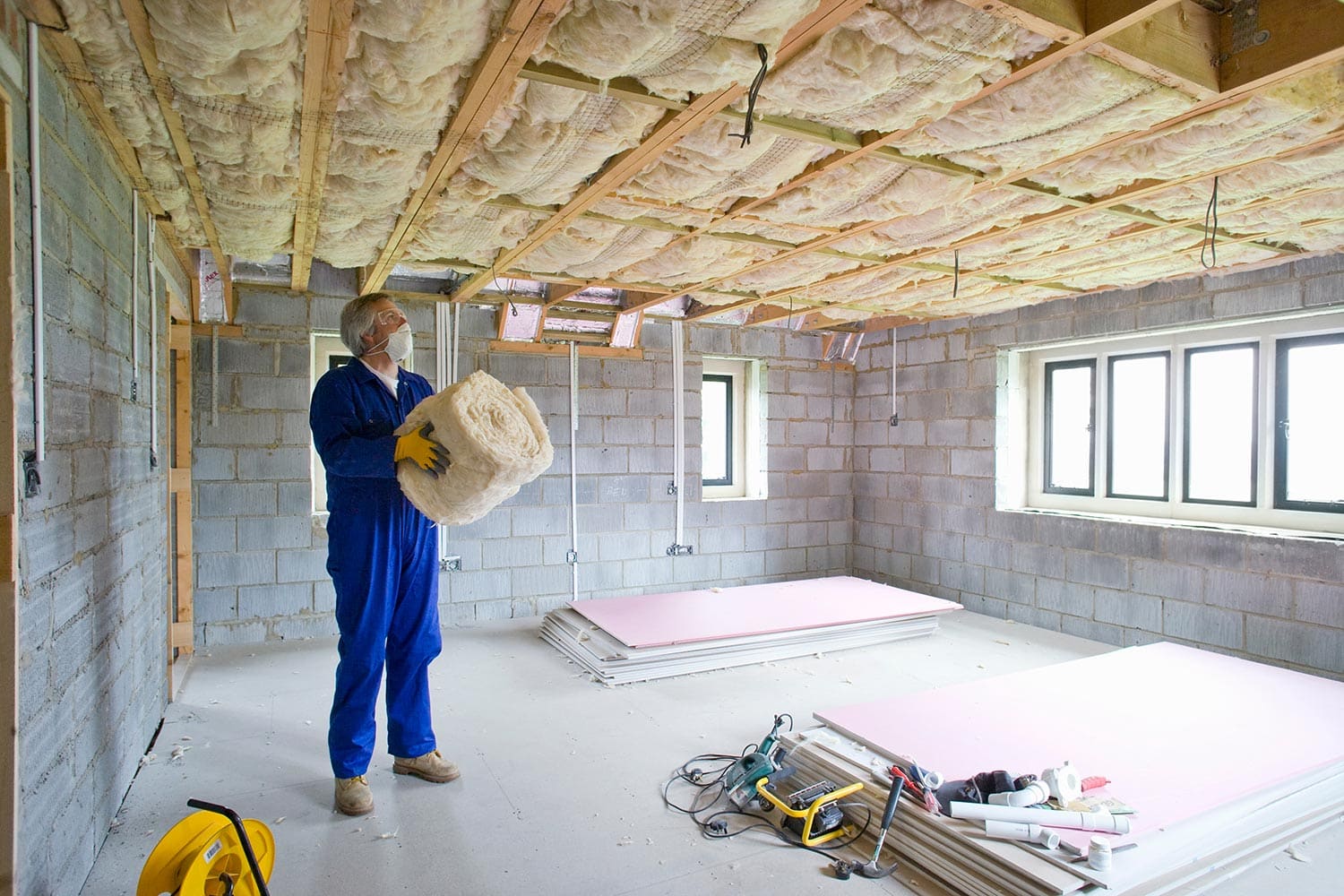 The cost to install insulation on a basement ceiling can range anywhere from $1.45 to $3.50 per square footage. So, for example, if your basement is 2,000 square feet, your cost can range anywhere from $2,900 to $7,000. You'll find that spray foam insulation will typically cost a bit less than fiberglass insulation. This is because the spray foam or blow-in insulation will be easier to install. On the other hand, installing fiberglass batts will be more laborious, particularly because it's a ceiling instead of a wall.

Before installing insulation on the basement ceiling, you'll first need to ensure that you have the correct R-value according to your city's building codes. You can also find this information on the Department of Energy site or by contacting your local government office. 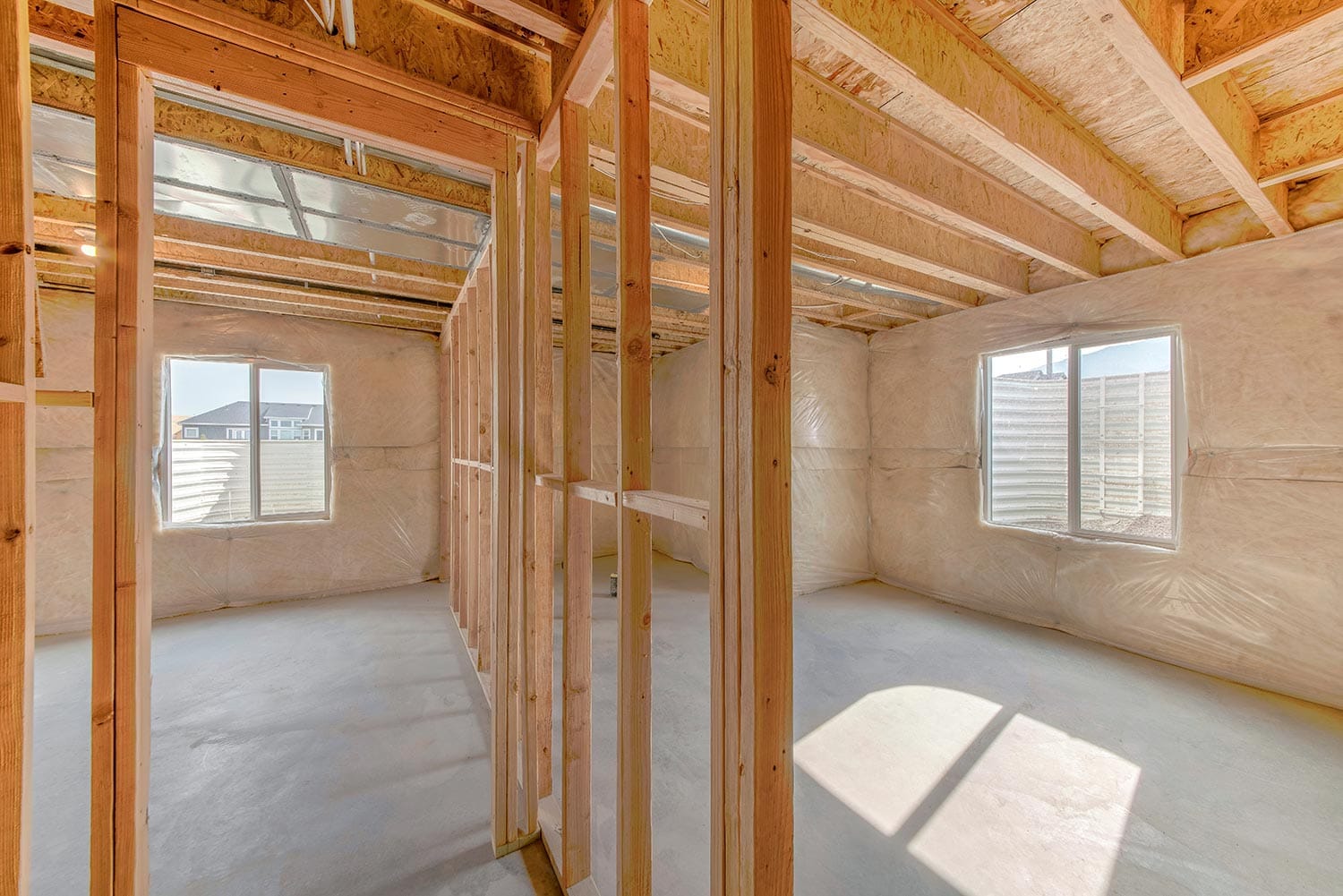 In many colder regions in the US, vapor barriers are required as part of the building's coding requirements, which isn't necessarily the case in areas where the average temperature is warmer. That being stated, if you live in a warmer region and install a vapor barrier in your basement, it may do more harm than good. If your basement is finished, you typically won't need a vapor barrier because the insulation only will trap any moisture in the basement.

However, if your basement isn't finished and you notice condensation or moisture buildup during periods of cold weather, you may need to install a vapor barrier. This is more common in homes where there is no insulation in the basement. To be on the safe side and avoid spending money on a project that's not necessary, it's better to consult with a licensed HVAC technician to determine if one is needed for your basement ceiling.

Can You Over Insulate An Attic? [And What Happens Then?]

Can Attic Insulation Touch The Roof?

Can I Get Ductless AC Without Heat?

What Size Generator Can Run A 5000 BTU Air Conditioner?

Thermostat Not Shutting Off When Reaching The Temperature – What To Do?

How To Light Pilot On Cozy Wall Heater

How To Cool The Upstairs Rooms