When the airflow in your home appears to be weaker, and you notice warmer or cooler areas than the set temperatures, you might wonder if the flex duct system reduces airflow. To answer your question, we asked experts, and here's what they think.

Friction is created when air passing through a flex duct rubs against the duct's inner surfaces, resulting in reduced energy. Hence the airflow is restricted, reduced, and slowed. Therefore, friction is the primary cause of reduced airflow in flex ducts.

Learn more about the causes of low airflow affecting flex ducts in the succeeding section. There is further information on how to increase the airflow in your duct and more. Read on to learn all about it. 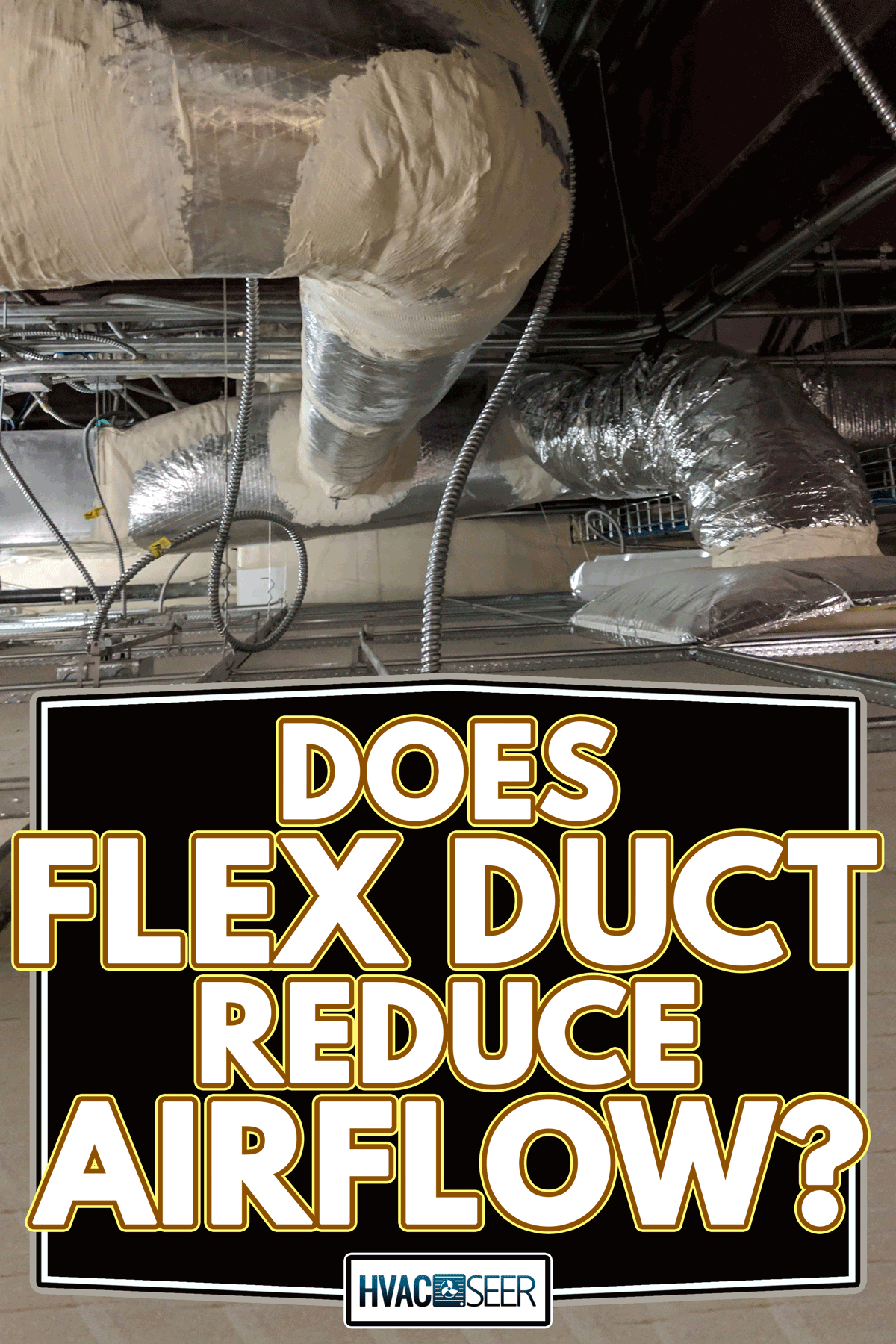 What is the most common cause of poor airflow in a duct system?

There are only two major duct issues causing problems for your furnace or air handler's blower. Depending on the blower type, these issues cause the blower to push against more pressure, reducing airflow or increasing energy consumption. They decrease the amount of air delivered to the rooms but cannot be completely eliminated.

And they are the following:

It is the main cause of decreased airflow. The air loses energy when it rubs against the duct's inner surfaces. It decreases the speed and gradually decreases the pressure. It happens more frequently the more it rubs.

The amount of friction in the duct is determined by the type of material used, how it was installed, how dirty it is, and how fast the air is moving.

Turbulence is another major cause of reduced airflow. This one is a kind of air friction rubbing against itself. Turning the air is the primary cause of turbulence in ducts. The type of fitting you use to send air through a 90° turn can make a significant difference. The turn in the sharper throat creates more turbulence than the round throat.

As mentioned above, friction is the main cause of low airflow. Unlike any ducts, which are complicated to cut their lengths, it's simple to cut a length of flexible duct several feet longer than is required to get from starting point to the endpoint. Because of the slack in the duct, airflow is reduced for two reasons:

How do you increase airflow in the ductwork?

To increase the airflow in your ductwork, especially for the flex duct, you need to consider the following:

Ducts should be installed in conditioned spaces like between floors, crawl spaces, or an unvented attic with insulation along the roofline. If not, seal the leaks and insulate them to protect the ducts from harsh environments.

Use only UL-181–rated duct mastic for sealing in any kind of duct, such as flexible duct. Duct tape has a lot of uses but isn't for sealing ducts. Duct leakage adds to your utility bill due to building infiltration and uncontrolled evaporation of conditioned air into the atmosphere.

Check out this water base duct mastic sealant on Amazon.

Use thermal insulation with a vapor barrier when installing in unconditioned spaces to avoid heat loss and gain through the duct walls, as well as the condensation on the ducts.

Plan for short straight runs during the design phase to maintain strong airflow. Also, regardless of length, make sure all ducts are stretched tightly between fittings.

Looped or coiled flex ducts should be avoided because they severely reduce airflow. Include chases or trusses in the framing package to accommodate ductwork. Ducts that are not stretched taut or have sharp bends can increase the equivalent length of the duct run by a factor of several.

Sharp turns or even kinks in a duct run of any length can obstruct airflow. And every bend, kink, or compression in a duct run reduces airflow, resulting in more customer complaints about comfort.

Kinks are relatively easy to spot, but a sharp bend can restrict airflow and is harder to spot. If bends are unavoidable, make sure the radius of any turn is at least equal to the duct diameter.

Bends and kinks can occur as a result of a lack of coordination among substrates to avoid piping, wiring, and framing components. To avoid costly troubleshooting behind finished walls and ceilings, inspect carefully before drywall installation to ensure there are no sharp bends or kinks hidden behind framing.

Flex ducts should not be installed in cavities smaller than the diameter of the duct for proper performance.

Plan for short, straight duct runs with adequate support and space to avoid flow restriction during the initial framing design stage. Make sure the ductwork isn't obstructed before putting up the drywall. A duct blaster test can be used to find leaks and check airflow at each duct supply outlet.

Use supporting saddles or straps of sufficient length to support ducts in an uninsulated attic vented or crawl space so that they do not sag, pinch or compress to damage the ducts, duct insulation, etc., or duct air barrier covering and reduce airflow. 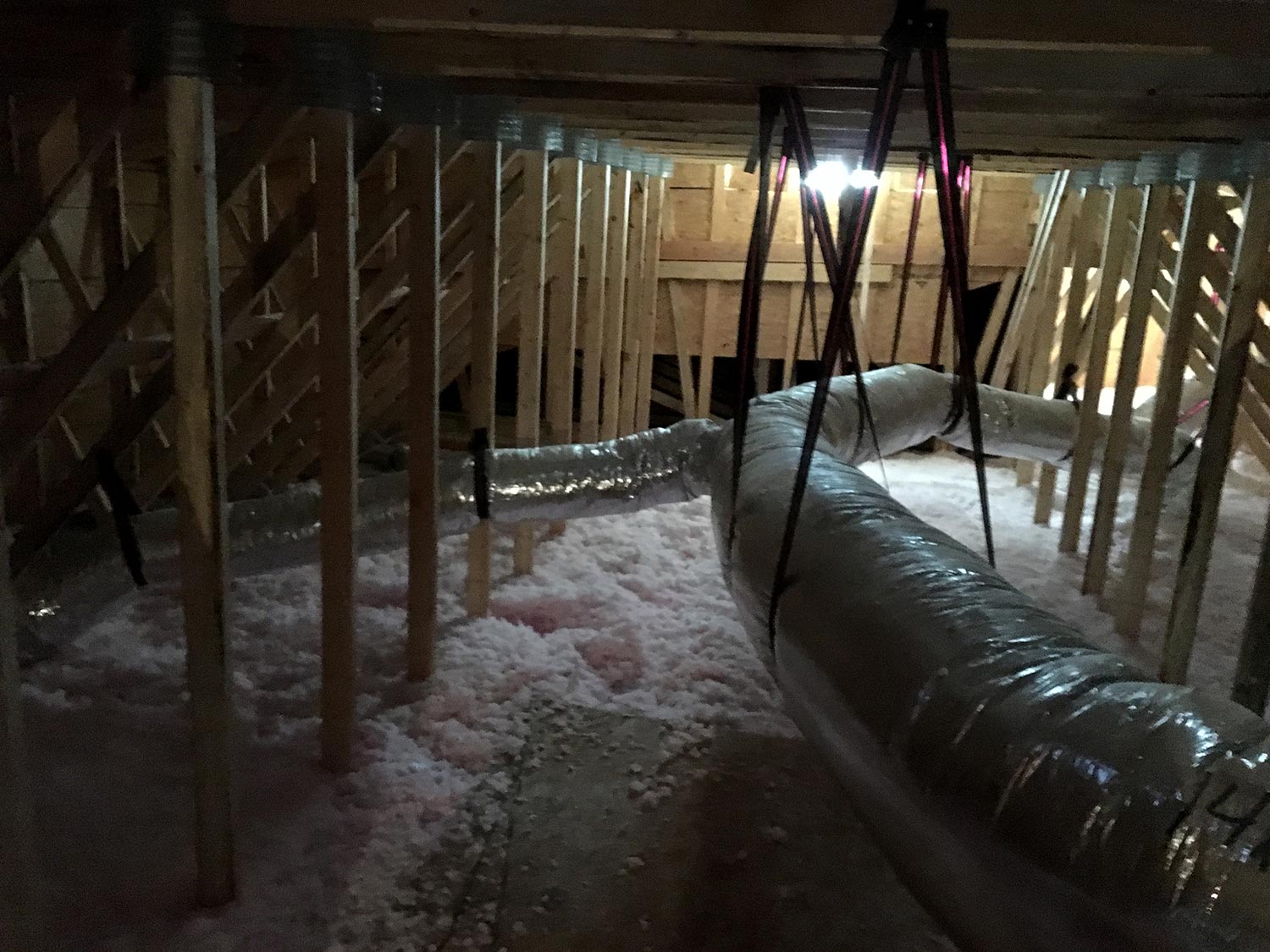 Here is a list of duct support best practices:

Here is the YouTube video to see the visual demonstration:

How long does flex ducting last?

Flex ducts are designed to last for about 10 to 25 years on average. They're made of a mix of materials, including fiberglass and plastic. These ducts will be damaged at some point. The sooner you notice signs of damage and take action, the better. However, it is generally replaced due to poor installation and maintenance practices rather than due to material limitations.

The lifespan of a flex duct system is influenced by several factors. Among them are product quality, the region's climate where the duct is located and installation location.

Some flex ducts have better quality than others. Then, hot climates speed up the deterioration of the duct. Lastly, extreme conditions such as super-hot attics and moist crawl spaces can destroy flex and other types of ducts in a matter of years.

What is the main problem with the flex duct?

Do you notice anything wrong with the ductwork in the photo above? Nothing would appear to be wrong from afar or to the untrained eye. The same could be said about unlicensed contractors. However, everything about the image above is incorrect for licensed professionals.

Flex ducts are frequently improperly installed, resulting in bunched, kinked, sagging, or undersized ducts. These issues may cause increased resistance in the duct system, resulting in insufficient airflow to the building's heating and cooling equipment.

What type of ductwork is best? 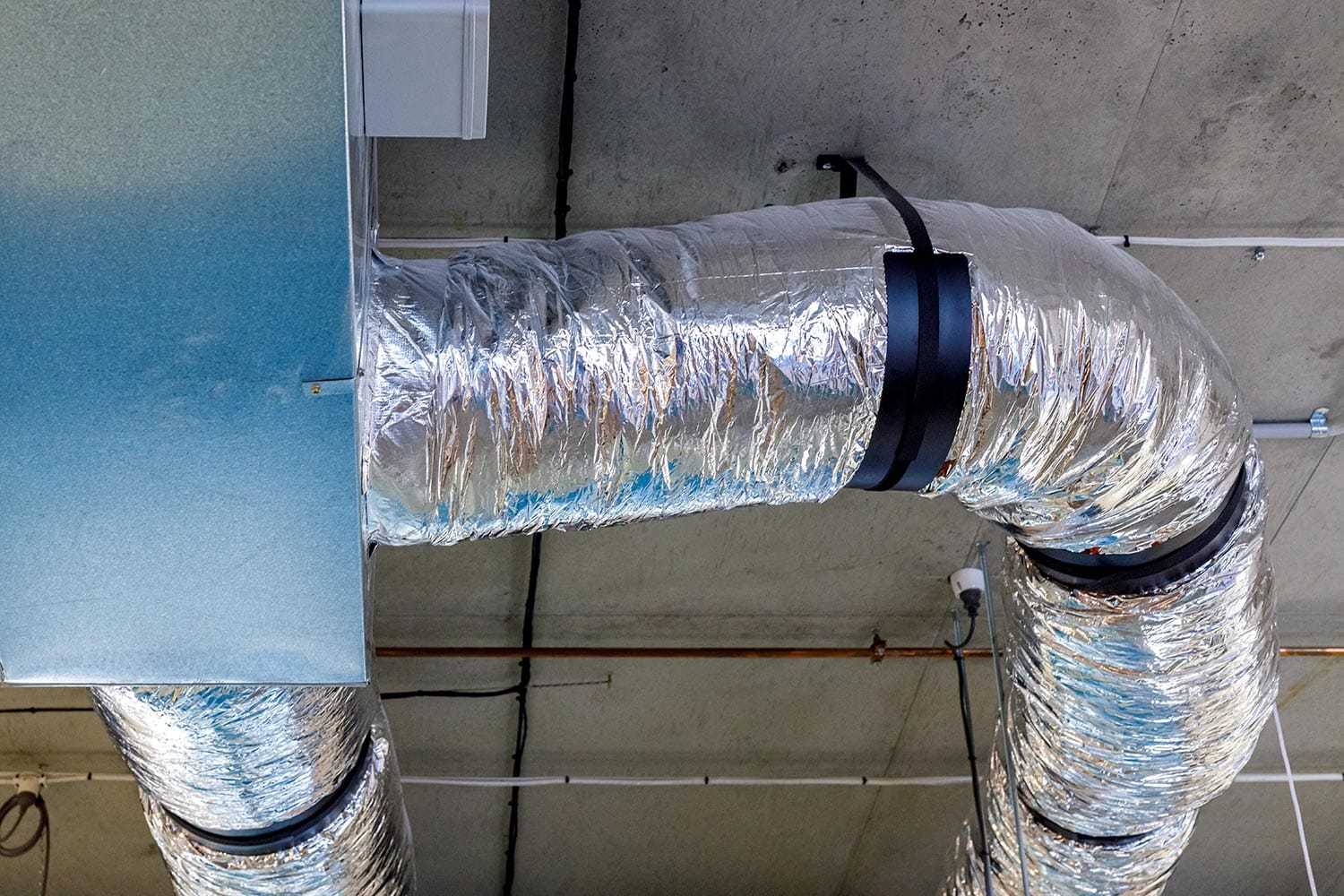 In a home or commercial building, there are several types of air ducts that can be used, each with its own set of advantages and disadvantages. Ductwork is divided into two types: flexible and rigid.

It is difficult to install rigid ductwork in tight or small spaces compared to flex ducts because these air ducts are flexible. They can work in almost any space by bending around fixed structures.

Another benefit of flex ducts is that it helps to improve the air quality. It is made of plastic which is also mold and rust-resistant, ensuring that air quality remains clean for much longer. Fiberglass ducts, however, deteriorate over time and eventually release fiberglass particles into the air, potentially affecting the health of the residents.

However, flex ducts are prone to bends and kinks, which can reduce airflow and lower the efficiency of HVAC systems.

When installing ductwork, consult an HVAC professional to determine the type of ductwork that will best meet your needs.

Now go check your flex duct to see if there's a way to improve your comfort and efficiency. Knowing that flex ducts also reduce airflow due to improper installation and maintenance. We hope you find this article helpful.

Before you go, check out some of our posts that might give you a more precise understanding of where flex duct can be used:

Can You Use Flex Duct For Return Air?

Can You Use Flex Duct For A Range Hood?

Gas Heater Not Working But Pilot Light On – What Could Be Wrong?

What Temperature To Set Thermostat When Away On Summer Vacation

How To Get The Wheel Off A Blower Motor [Inc. Troubleshooting If It Is Stuck]

Can A Dyson Fan Replace An Air Conditioner?

How To Test Humidifier Solenoid [Step By Step Guide]

My Stiebel Eltron Water Heater Keeps Tripping – Why? What To Do?