The addition of material over an existing vapor barrier creates a double-vapor barrier. Before adding a double vapor barrier, you should understand the pros, cons, and problems associated with installing one. After extensive research here are our findings.

The installation of a barrier helps to prevent water vapor from getting to the building walls, ceilings, attics, crawlspace, or roofs, where it can condense and make the building materials rot or grow mold. However, a poorly installed double vapor barrier can lead to moisture trapping and subsequent mold growth.

As a homeowner, there are different factors you should consider before installing a double vapor barrier. Hang on and keep reading further as we discussed more possible problems and how to fix them. 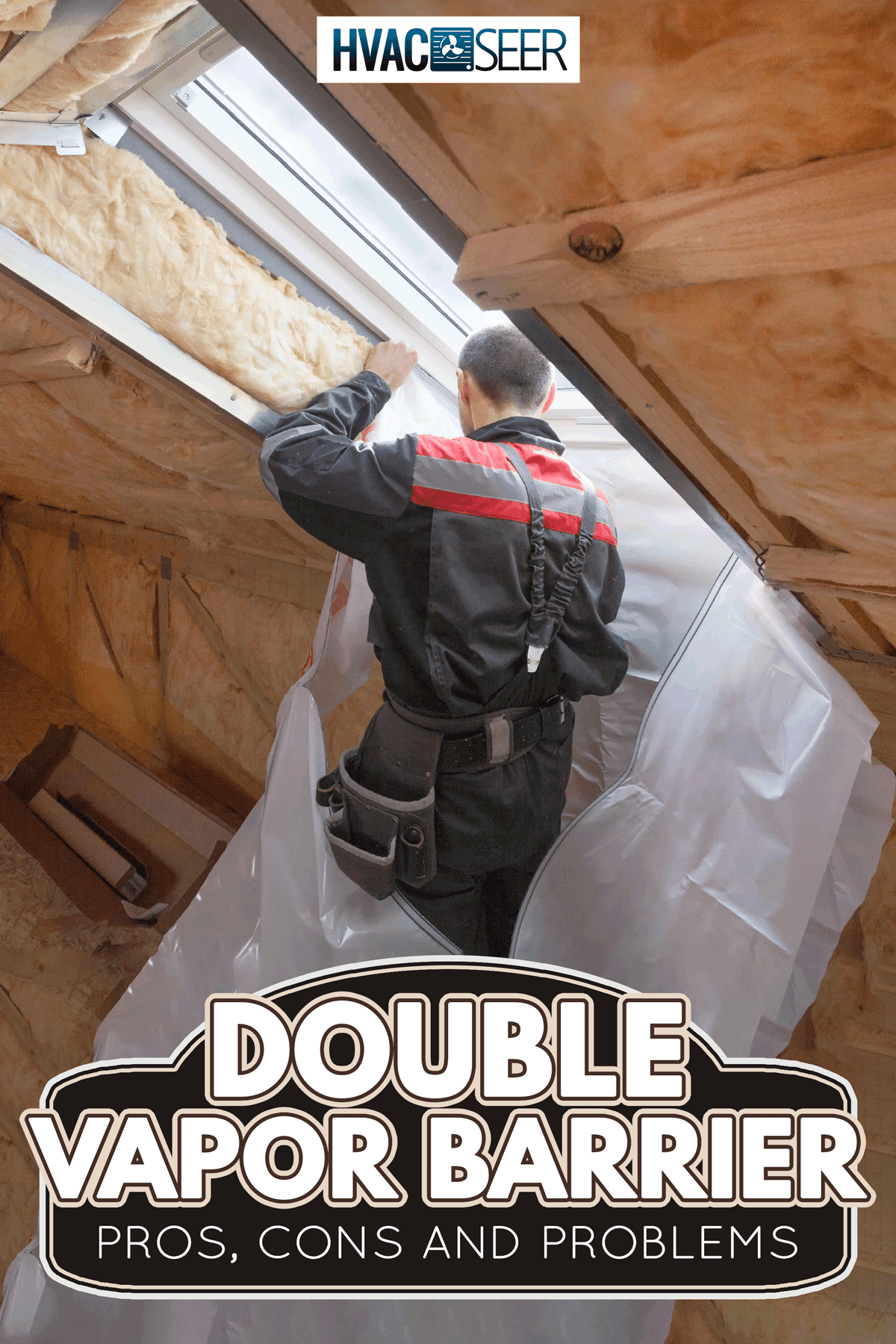 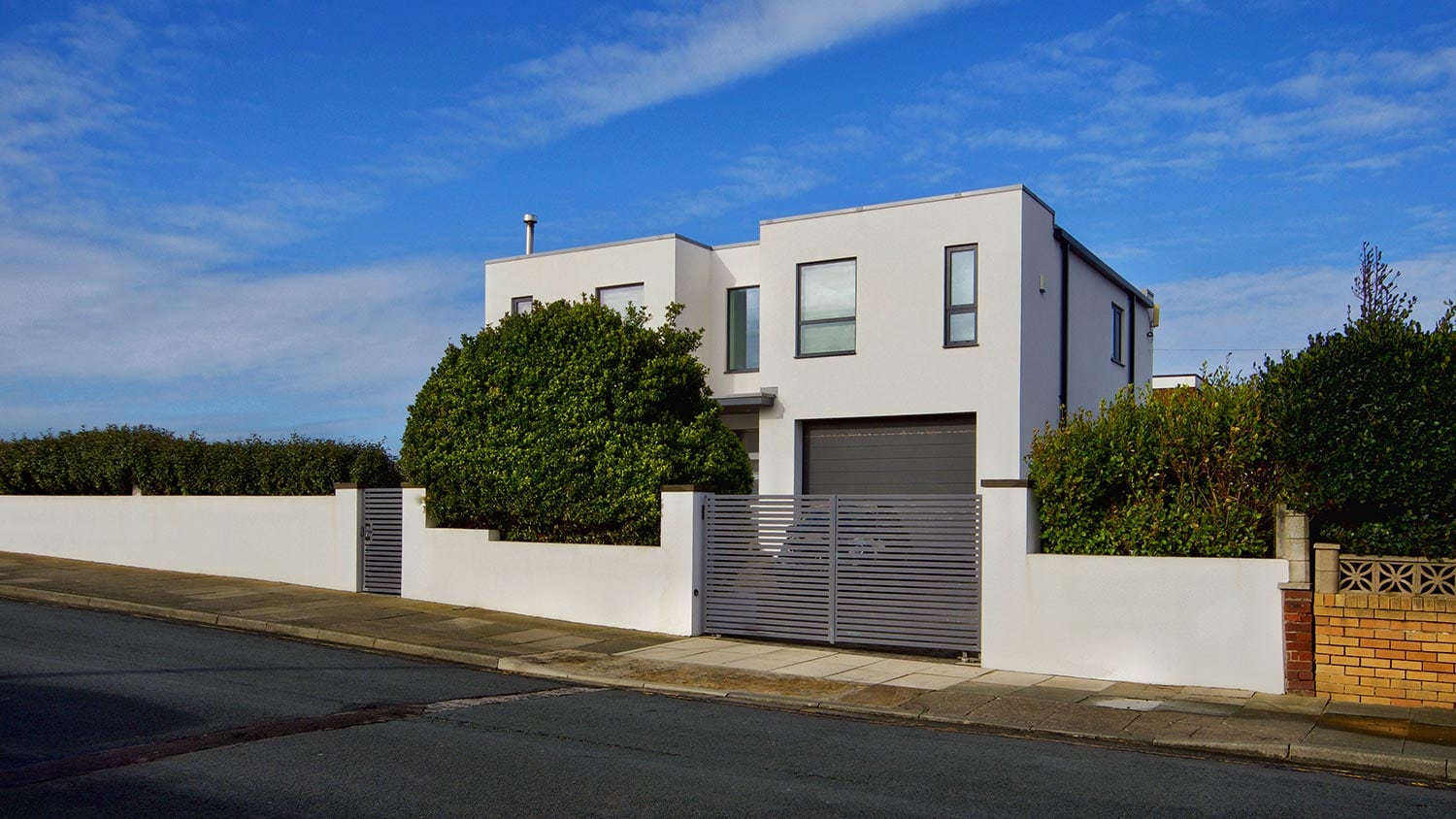 The barrier found at the bottom is a vapor material although, its central purpose is that of an air barrier, it has been  proven that its material characteristics are that of a vapor barrier.

What Are The Common Problems Associated With Double Vapor Barrier?

Another problem with a double vapor barrier is an incorrect use of vapor barriers which leads to an increase in moisture-associated problems. Originally, vapor barriers were intended to keep an area dry. They do, however, frequently prevent drying. This is often a result of improper installation.

A key factor to understand when installing is the climate condition of the environment. In warmer climates, vapor barriers may not be necessary. A vapor barrier can also do more harm than good if installed in the wrong climate or on the wrong side of building materials.

What Are The Pros of Installing Double Vapor Barriers?

Battling with moisture is an issue most homeowners contend with. This would include moisture caused by leaky roofs and badly constructed walls or the water pool sitting in your backyard after it rains.

The installation of a barrier helps to prevent water vapor from getting to the building walls where it can accumulate and cause the growth of molds. Particularly in the installation of a compact flat roof, Both the upper and lower membranes are vapor and airtight. Also, it is impossible for moisture to get into the assembly from the top and the bottom, and this is an advantage.

What Are The Cons of Installing Double Vapor Barriers?

Poorly done installation of double vapor barriers can lead to the following:

Originally, vapor barriers were designed to keep walls dry. They do, however, frequently prevent walls from drying. This can lead to the formation of rot and mold. It is important to get the job done properly, an installation done by an inexperienced person can lead to complications

It is also important to install it on the right side of the building material. Improper stapling can bring your ceiling down.

Having to Plan For Extra Air

This would mean an additional amount for air conditioning. Summertime condensation on the poly is the main risk, which might happen unless you have air conditioning installed in your home in addition to having a highly vapor-permeable cover or a brick exterior that stores moisture.

It is important that the builder checks in with the local and state building codes. Double vapor barriers are required in many colder climates in North America, it is a different case for warmer areas.

Do Vapor Barriers Cause Molds? 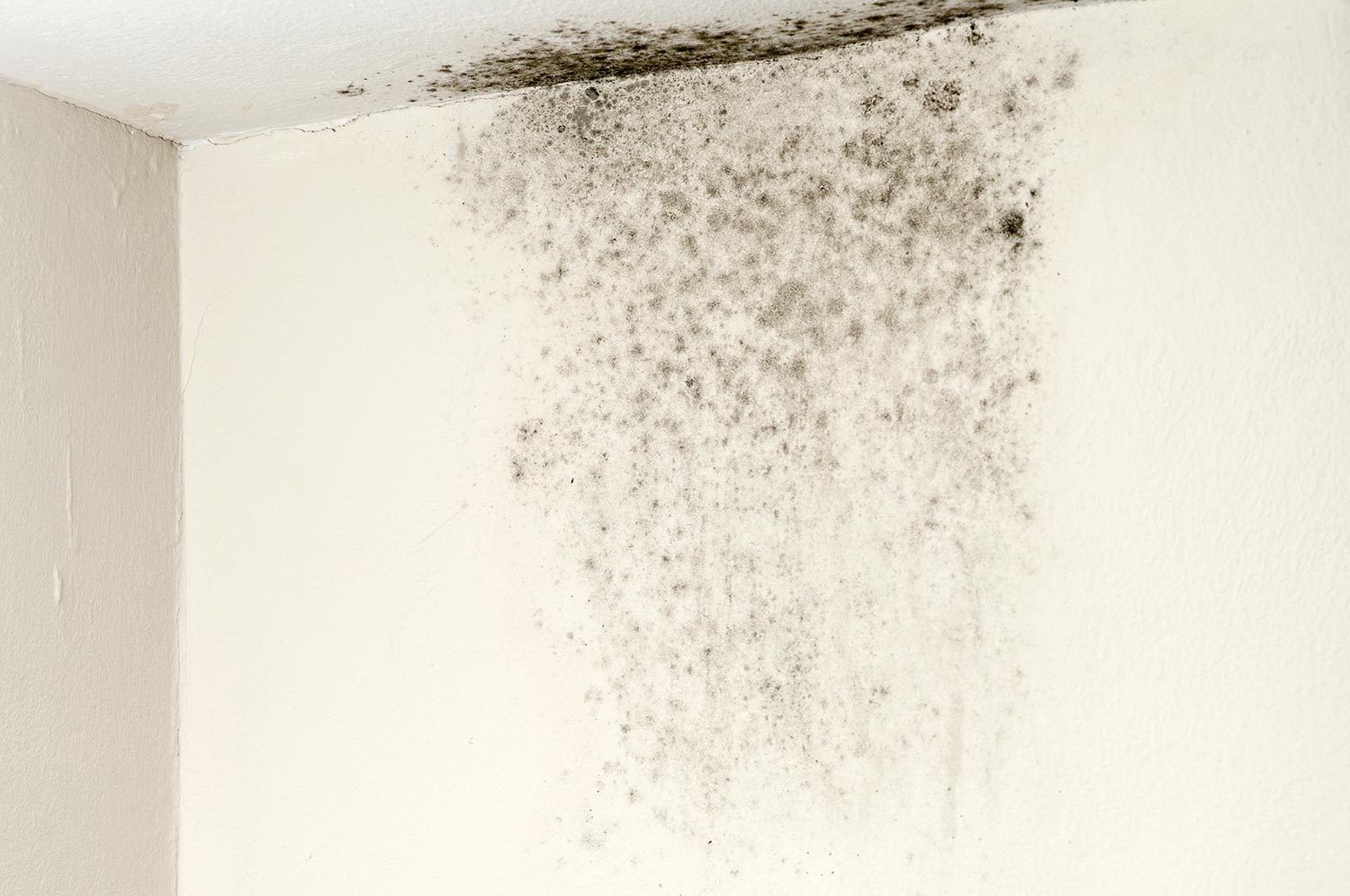 Unchecked moisture can result to rot and decay in frame structure and other materials, as well as the growth of mold and mildew, which can lead to health problems like allergies and asthma attacks. To combat the effects of moisture, vapor barriers are integrated into wall, ceiling, and floor construction

Problems arise if walls become damp during building works or, more commonly, all across the home. These wetting cycles can be caused by airflow, window leakage, pressure gaps, and a variety of other lifestyle factors.

Moisture is more damaging in the crawl space because it has direct contact with the ground. A serious problem caused by moisture is mold. Vapor barriers work by laying out rolls of ordinary sheet plastic.

The sheet plastic aims to help with the movement of gaseous water up from the soil to these crawl spaces, Installing a crawl space vapor barrier system will significantly reduce moisture levels, preventing the growth and formation of mold and foul odors.

Can You Put a Vapor Barrier On Both Sides Of Insulation? 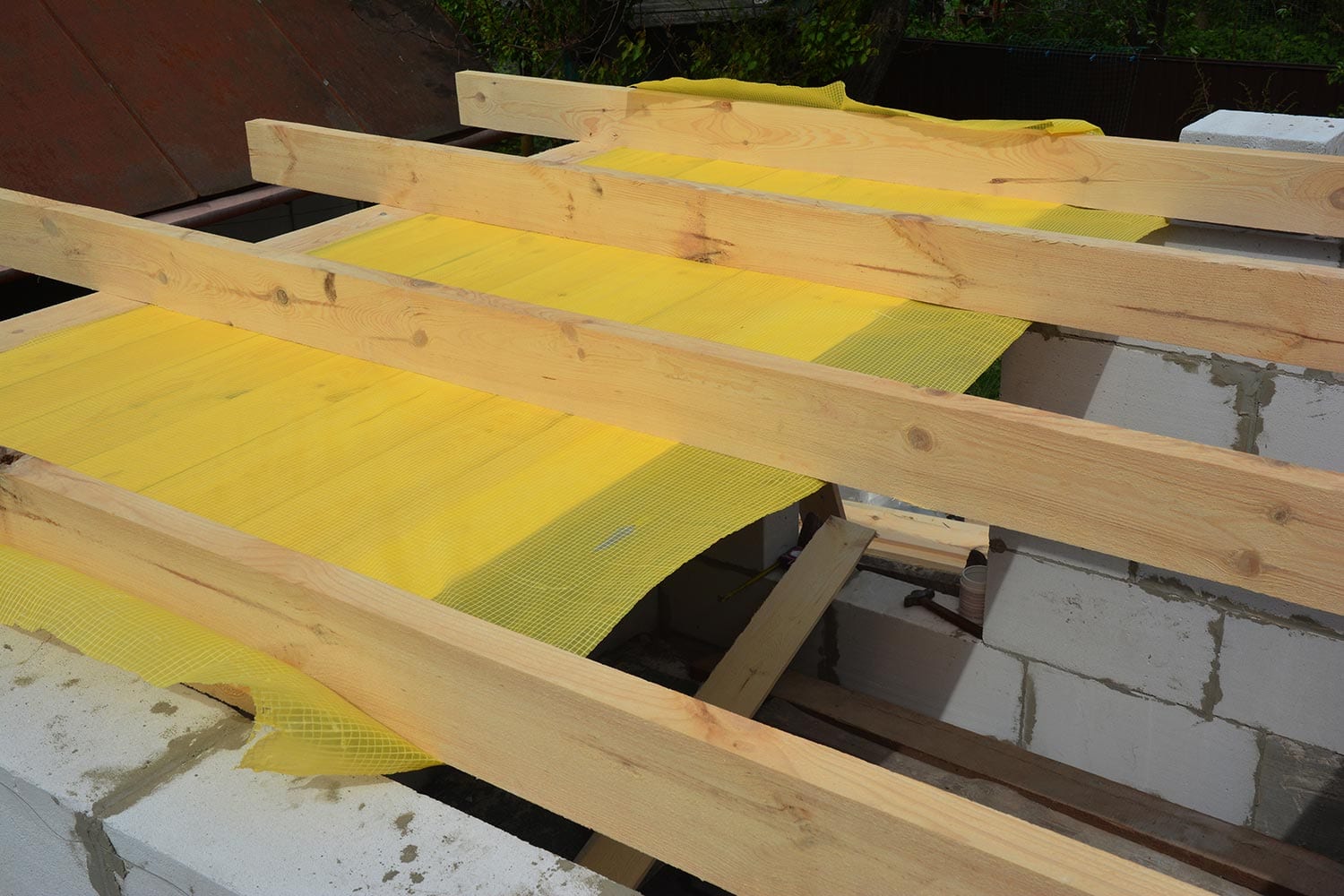 Installing vapor barriers on both sides of a structure should be avoided. If the other side is built to prevent moisture penetration, walls and ceiling cavities should ideally be able to dry out in one direction.

If you are using faced insulation to insulate the walls, the paper side must be facing the house wall. Irrespective of any other insulating materials in the garage, always keep the paper on the warm side.

If you use unfaced insulation, you will most likely not get the vapor barrier you require unless you use foam board or closed-cell spray foam. Condensation will form in your wall if you place the vapor barrier on the outside. Putting it on both sides of the wall will cause condensation. 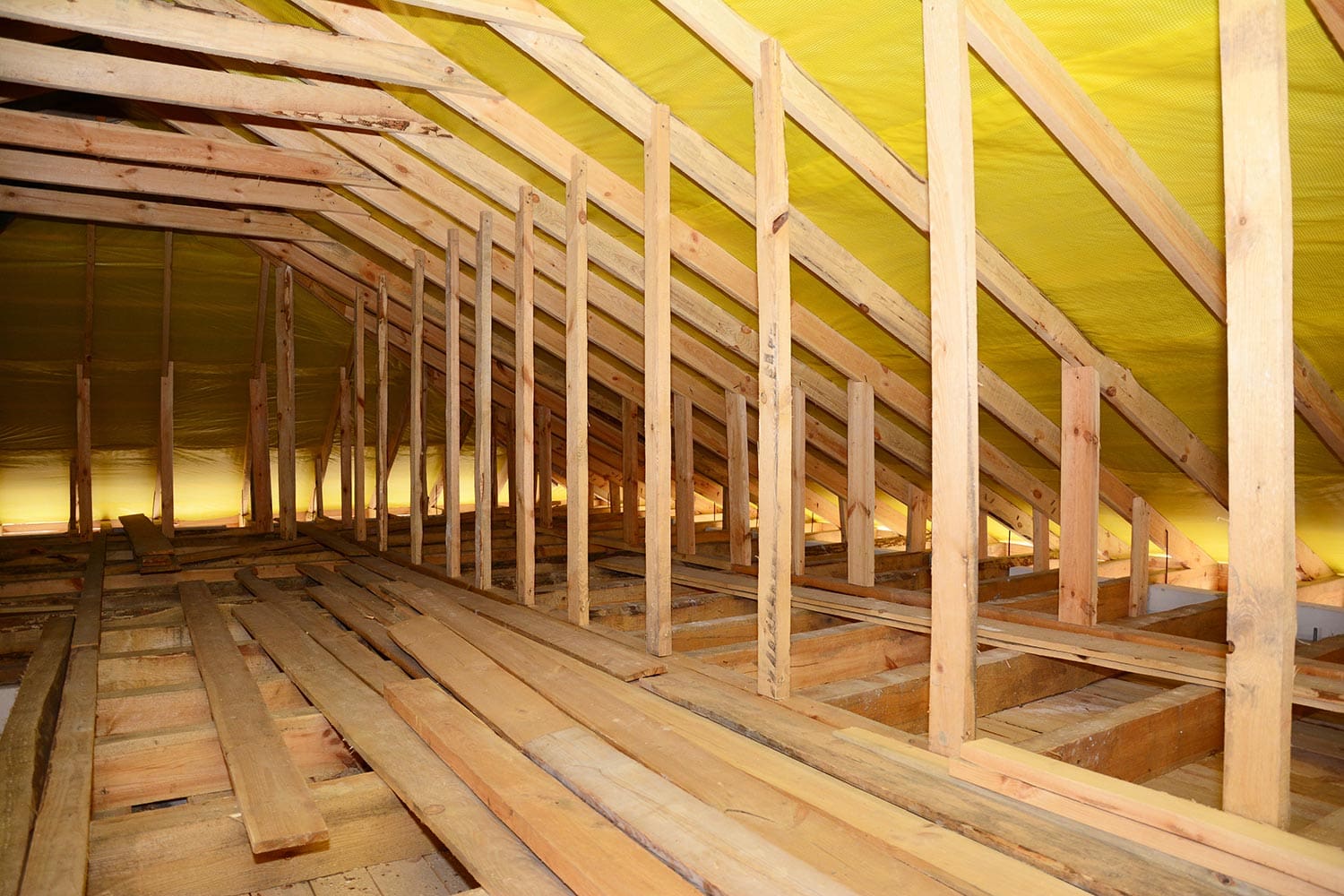 Diffusion is the process of moisture movement through a material's tiny pores and is only a problem in homes with high levels of indoor moisture.

Water condensation caused by water vapor movement (referred to as "water vapor drive") can impact negatively on even the most solidly built structures, threatening the effectiveness of insulation.

The purpose of vapor barriers is to prevent vapor diffusion through roofs, walls, and floors. However, they can also trap moisture.

When Should You Not Use a Vapor Barrier?

Vapor barriers are originally used to prevent moisture, but in the wrong climate, their function would be restricted It is important to have details of your climate zone. A danger of using a vapor barrier wrongly is water vapor. Water vapor is gaseous water (rather than liquid or solid) and it is completely invisible.

Water vapor diffuses continuously through building materials from a house's warm, humid interior to its cold, dry exterior.A credible vapor barrier is one that thoroughly restricts moisture from moving through its material, this is measured by the “ moisture vapor transmission rate”

So when installing a vapor barrier, this information is crucial. In some buildings, because it is mostly hot and very humid outside the building, the vapor barrier should be installed in a cooler climate

Climatic zones are an important aspect of the installation of vapor barriers. If you are unsure about the building requirements, you may need to seek advice from other construction companies in your area or calculate using criteria established by professional organizations.

Should I Staple a Vapor Barrier? 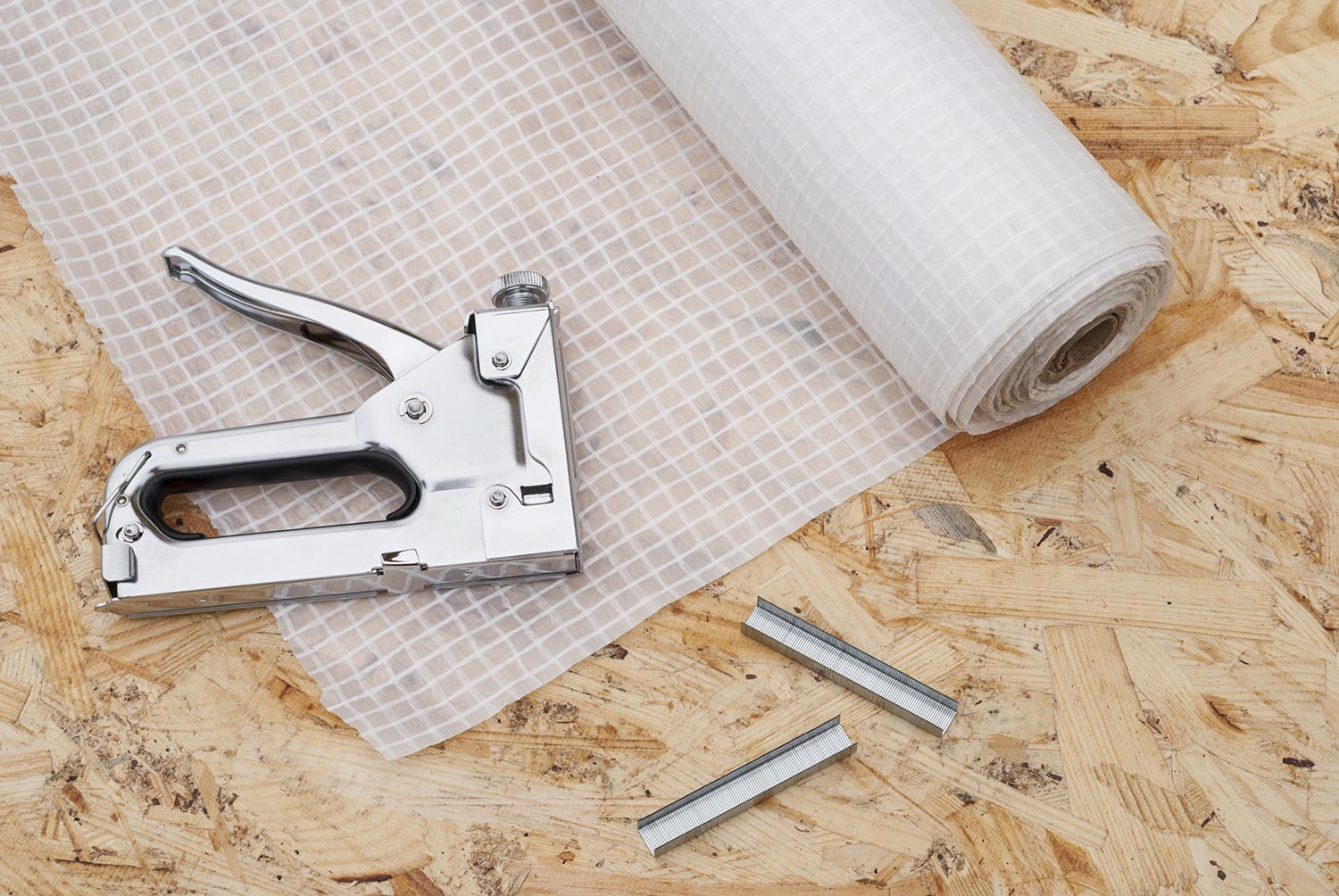 Yes, you can install a vapor barrier by stapling it over your insulating material. One method is to overlap the tabs on the paper backing of the insulation and staple them to the corners of the wall framing. Make sure that different feet of vapor barrier are overlapped at all points so that there are no gaps through which the vapor can drift.

To prevent air from leaking around the windows, staple the vapor barrier to the window frames. Another method is to, smoothen out the vapor barrier to ensure a completely smooth surface free of wrinkles or spaces through which moisture and air can escape. Starting from the bottom, staple the plastic into the sole plate (the horizontal board that runs under the studs).

The installation of vapor barriers is an essential component of any building, as it controls and prevents water vapor from reaching several parts of a building where it can condense and result in molds and rot. Double vapor barrier has its pros and cons so, before installation, a proper survey must be carried out.

Check out these engaging articles to read more about vapor barriers:

Should You Use Vapor Barrier On Basement Wall?

Can You Use A Humidifier Without A Filter?

MrCool Vs Mitsubishi Mini Split: Which To Choose?

Ridge Vents Don’t Work—What To Do?

How To Get Flex Seal Off Skin

Can You Have A Whole House Dehumidifier Without Ducts?

Furnace Not Responding to Thermostat – What to Do?