Have you finished applying DRYLOK® fast plug cement and noticed it is not drying out? Maybe you are wondering why such an issue occurs or perhaps searching for the right thing to do next. Rest assured! We researched it for you, and here's what we've uncovered.

A DRYLOK® fast plug might not be drying because of several reasons. These includes the following:

All you need to do to avoid DRYLOK® fast plug not drying is follow its proper setup.

That was straightforward, was it? Well, don't just skip yet as we tackle more about proper setup before applying this product. We will also share with you the steps to correctly apply DRYLOK®. Let's jump right in! 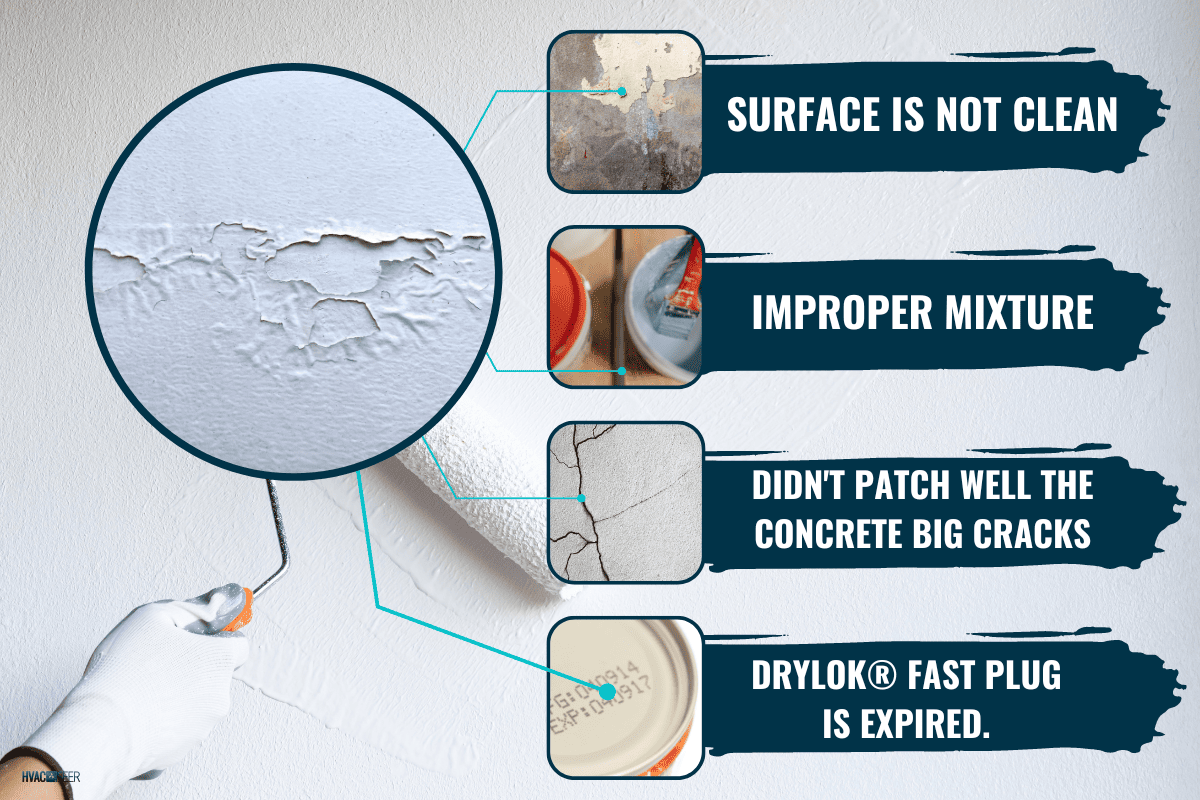 Why Does DRYLOK® Fast Plug Not Drying?

DRYLOK® fast plug is a hydraulic cement best for mitigating water intrusion. The product's main feature is preventing water from seeping through the walls or floors' tiny cracks. It is known for its good sealing performance, but it doesn't guarantee that it performs as it should. For instance, if the DRYLOK® fast plug isn't drying or curing. Most likely, the primary cause is due to improper setup.

Here are the common reasons why the DRYLOK® is not curing and how to fix it:

One vital step for DRYLOK® effective result is to clean the masonry surface. If you apply DRYLOK® to a dirty surface, it will likely not adhere or bond properly.  Ensure that the concrete is free from dust or dirt. For hard debris, use a wire brush to loosen and wash the entire surface with water before pouring DRYLOK®.

Buy this wire brush on Amazon.

Doing so will help avoid the DRYLOK® fast plug to cure even faster.

No matter how great DRYLOK® fast plug in sealing your walls or floors, its result may render ineffective when the correct mixing ratio is compromised. Mind that an overly wet or dry mixture will affect its quality. Thus, use only the right amount of water to prevent drying problems.

Cracks Or Holes At The Concrete Surface

Another common reason why DRYLOK® is not drying is that the concrete has an underlying cracking issue. Cracks and holes could stress DRYLOK® due to the water pressure that penetrates. This makes the curing process longer. Generally, you can only correct this issue by sealing both exterior and interior surfaces during the construction phase. 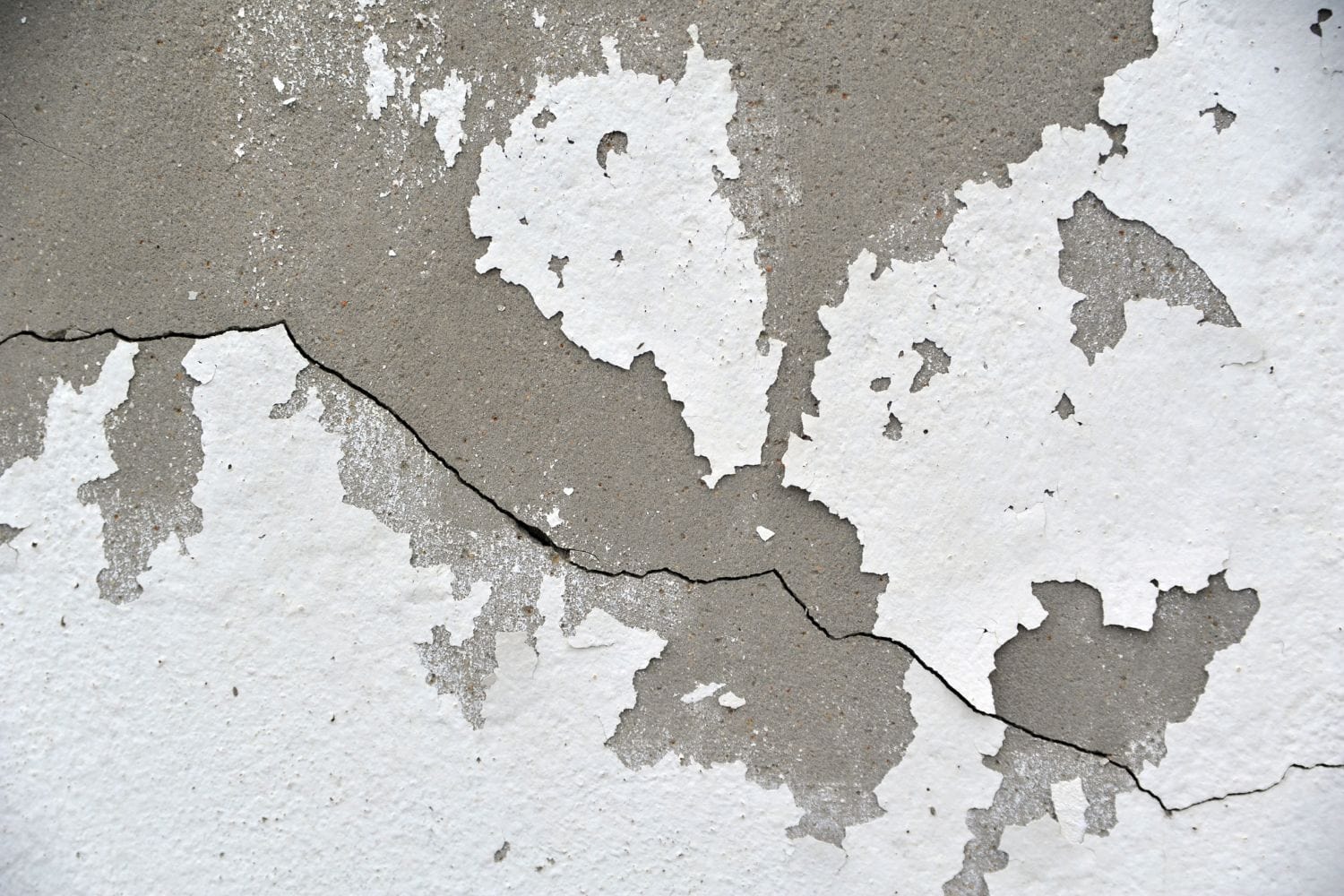 What's more? Use only standard rebar for your building project. According to experts, the leading cause why the concrete cracks is due to its reinforcing rebar being eaten by rust or corrosion. Deteriorating steel significantly weakens the concrete's structural stability. Therefore, conforming to this will lessen the chances of an early cracking issue that affects the DRYLOK® curing process.

As mentioned, DRYLOK® is a type of hydraulic cement with Portland cement as one of its main compositions. Hydraulic cement has a significantly short shelf life of around 12 months.

If your DRYLOK® has already reached its service limit, you shouldn't recycle and use it. It is because DRYLOK® hydraulic cement has a toxic chemical compound called Hexavalent Chromium or Chromium VI. This chemical compound can severely affect your lungs, and extended exposure increases the risk of respiratory cancer.

What Is The Mixing Ratio Of DRYLOK®?

Preparing the correct DRYLOK® mixture can boost the product's bonding ability. This also helps the curing process progress without any issues.

According to DRYLOK® application details, the correct mixing ratio is three parts DRYLOK® fast plug and one part water. Generally, this may vary on the temperature during the mixing process. During winter, use warm water when mixing, especially when the thermal level is 90° Fahrenheit.

You should only mix a sufficient amount of DRYLOK® mixture for instant use. Doing so will lessen wastage which could add to your project expenses.

How To Apply DRYLOK®?

Many home-building projects often have inappropriate results because of a lack of knowledge about the DRYLOK® proper setup. While you may seem not to be having an issue performing this job but problems can occur anytime.

So it is crucial to have an easy step-by-step guide to apply your DRYLOK® correctly. It is assumed that you already clean all debris on the concrete surface and with all necessary safety gear such as mask, gloves, goggles, and brush.

Get these safety goggles on Amazon.

You can now start performing this task using the steps below: 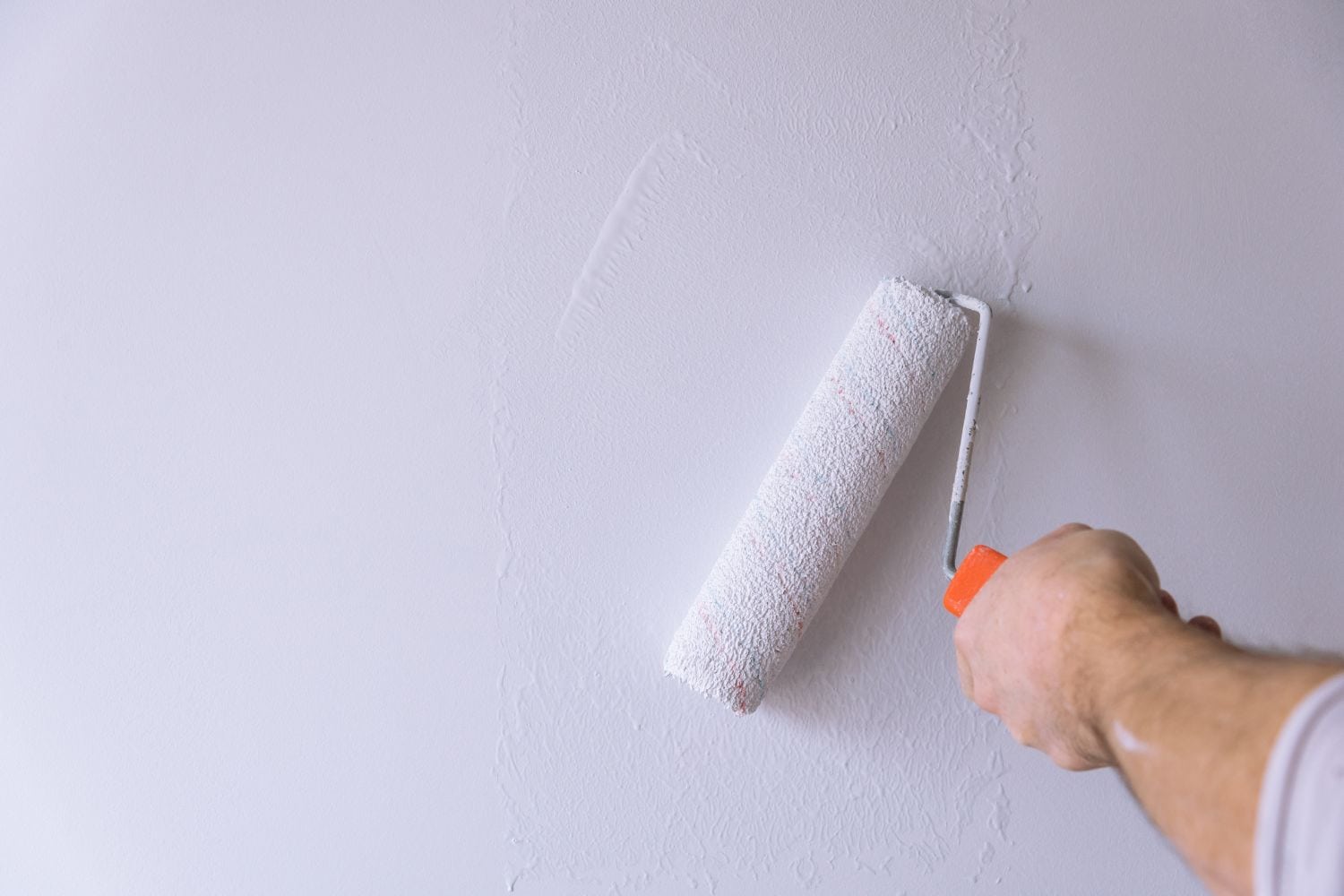 NOTE: In every batch of mixture you have made, don't ever forget to mix it well before you pour it into the concrete. This is the key to achieving these steps' overall effectiveness.

If you want a visual demonstration, kindly visit this video tutorial.

Allowing the DRYLOK® to properly dry before subjecting to any stress and pressure is critical for its overall performance. It also ensures that the DRYLOK® can strongly bind to the concrete for long-lasting protection.

Since DRYLOK® is a fast-sealing cement, it only takes around three to five minutes to dry thoroughly. The concrete surface condition can badly impact its curing process, so be cautious to consider this variation.

How Long Will DRYLOK® Last?

Though DRYLOK® has a reasonably short storage lifespan, however, this waterproofing product has a surprisingly long average lifespan. You can expect this product to last up to 10 years of outstanding water protection.

Moreover, when you use this product according to its recommended setup, its lifespan certainly extends beyond its average longevity. In contrast, failure to follow the ideal preparation will significantly reduce its lifespan.

Where Does DRYLOK® Works Best?

As you know, DRYLOK® has a wide variety of reliable applications setting. This is one great reason for many users to use this product as their waterproofing choice of cement in home-building projects.

Also, it is always critical to know the ideal place to apply this product. Mishandling the DRYLOK® will render all your hard work into nothing. So take that into account when working on this kind of project.

The following are the ideal places where you can apply DRYLOK® best possible result:

Can You Apply DRYLOK® On Painted Concrete?

You can certainly paint DRYLOK® into the concrete with the existing paint. As long the paint in the concrete has an identical chemical compound to what DRYLOK® has.

However, painting over concrete with existing paint doesn't sound so appealing. Surely you don't like to find DRYLOK® Fast Plug's appearance to be aesthetically unstable.

Bubbles will randomly form from cracks underneath the concrete. You can often see this problem in most building projects where double-layer paint is prevalent. 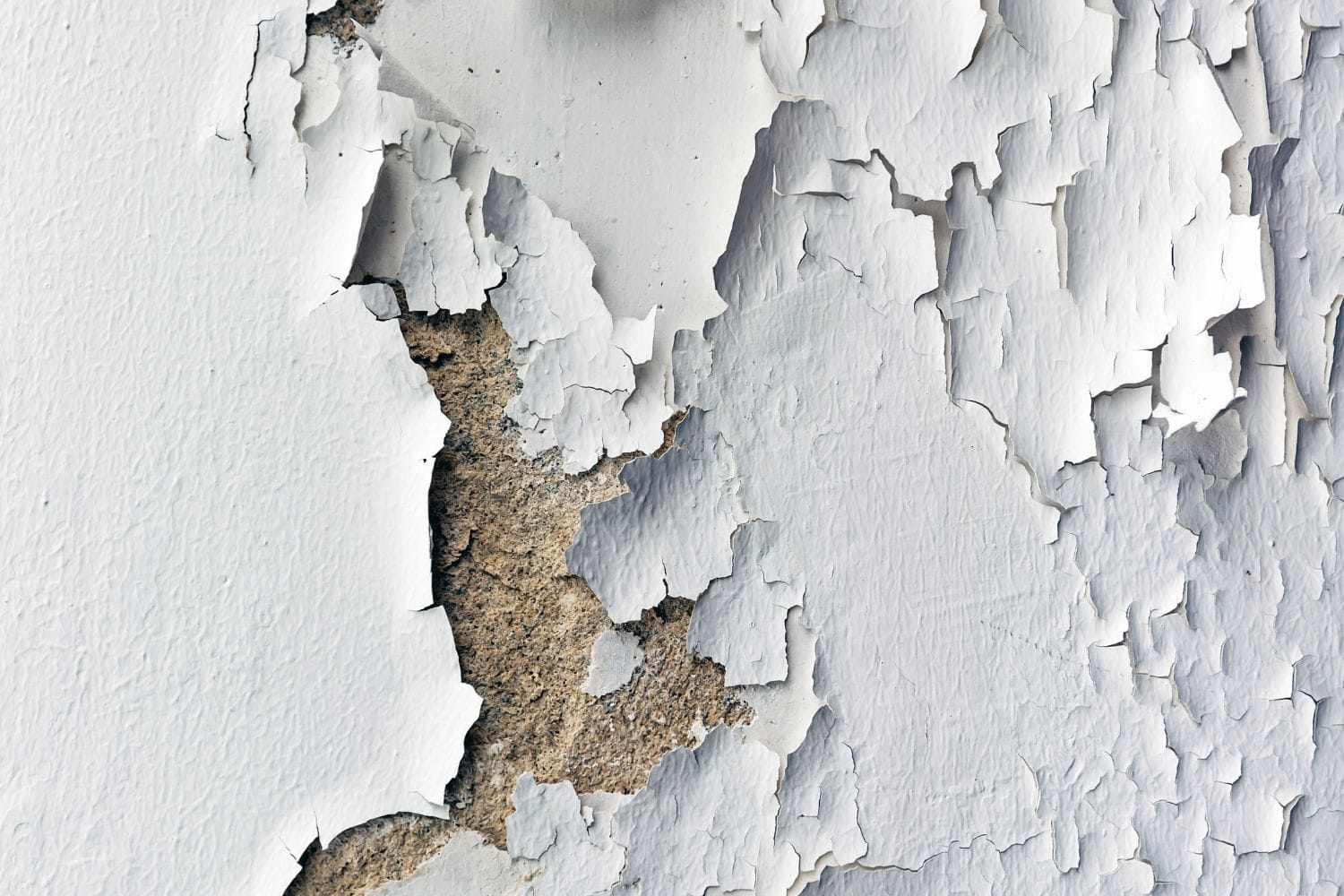 That's why it is never a good idea to use the DRYLOK® Fast Plug as an overlaying cement in painted applications. For better performance, follow the product's essential setting instructions.

Much information on why the DRYLOK® fast plug is not drying has been discussed. Also, the importance of proper preparation during application was included. This includes learning the correct mixing ratio to maximize the product's effectiveness.

It is hoped that this post will benefit you with a thorough knowledge of DRYLOK® fast plug to avoid serious and costly problems in the long haul.

If you wish to learn more about cement, read the following posts:

How To Insulate A Cement Or Concrete Floor

Hydraulic Cement Vs. Expanding Foam: Which Should You Choose?

How Many Tons Is My Carrier AC Unit?

Carrier Furnace Fuse Keeps Blowing – Why And What To Do?

How Many Soffit Vents Should You Have?