People who have wall switches for their gas fireplaces frequently have problems with the pilot flame not lighting even after the main burner is turned on. If you've ever encountered this problem and are looking for a solution, then keep reading. We've done some research and have answers right here for you!

There are two different approaches to repairing the wall switch that controls a gas fireplace. Also, the particular problems that it has are what will determine which of these solutions is best for you. Let's take a brief look at them:

The good news is that each of these problems can be tested without much difficulty and can be resolved with surprisingly little effort. Read on to learn more about gas fireplaces and the possible fixes you can do if your gas fireplace switch is not working. 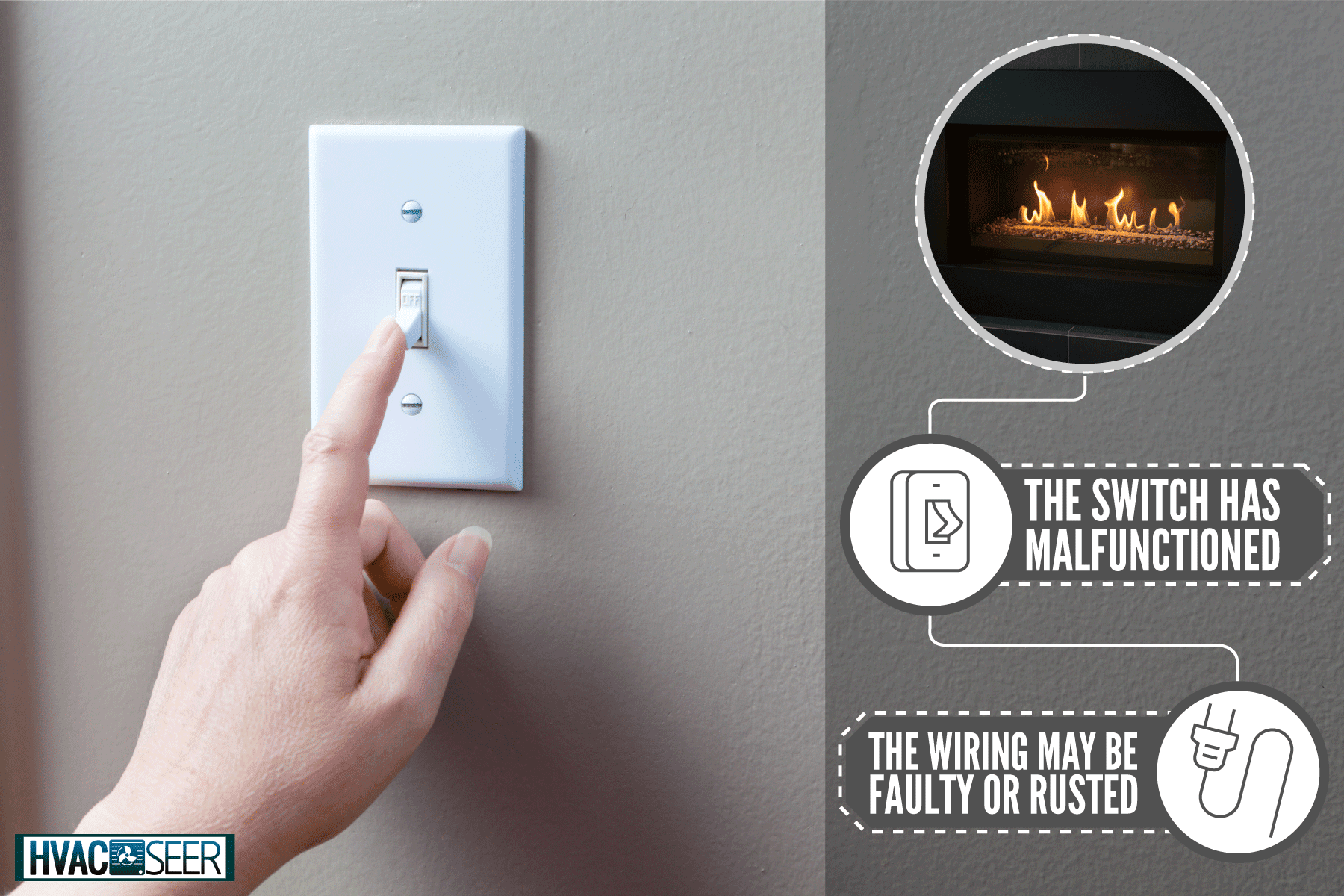 How Do Gas Fireplaces work?

For those unfamiliar with gas fireplaces, we will begin with the fundamentals. What does the wall switch do for a gas fireplace?

A fireplace wall switch is a simple toggle switch that opens or shuts the circuit between both the thermopile and gas valve. It runs at millivolts, allowing it to operate with extremely low-voltage electricity. Also, it is applied as a safety mechanism that prevents the gas valve from opening if the pilot light isn't functioning properly. 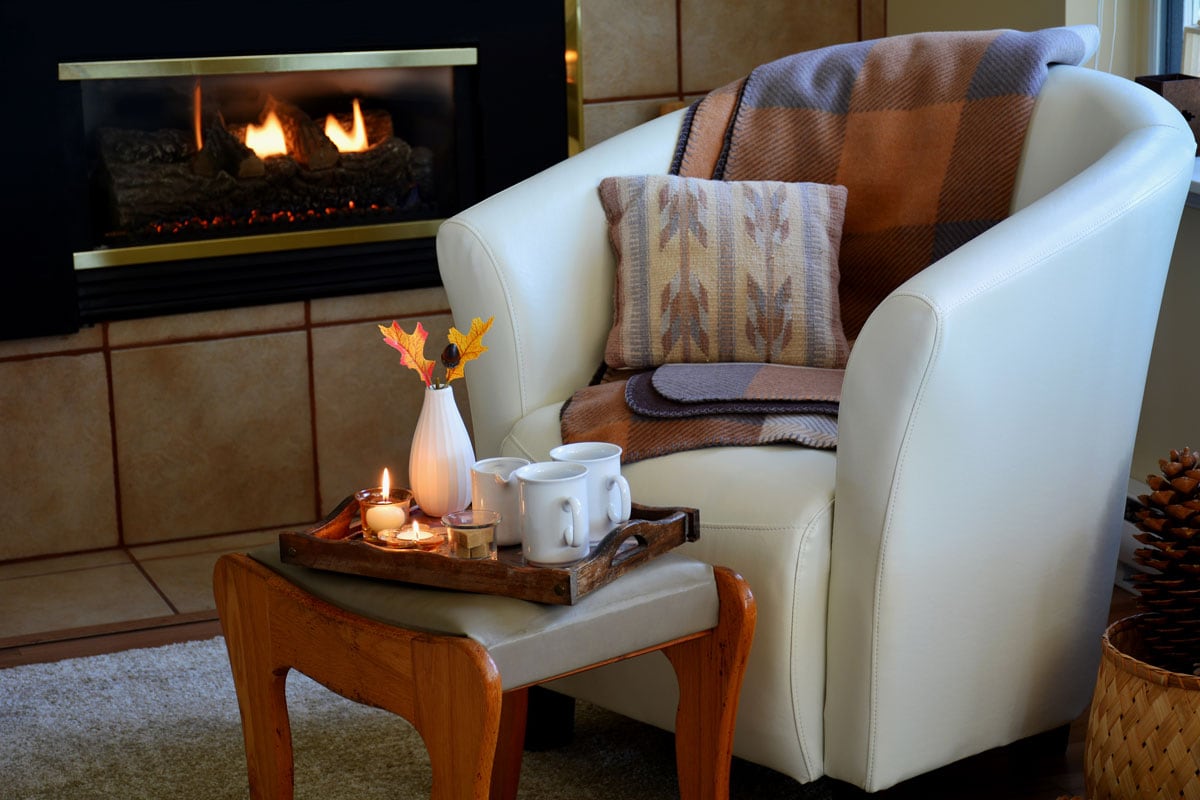 To give you a better understanding of its function, we also need to take a step back and examine the interaction between the thermopile, the pilot light, and the gas valve.

Thermopile is meant to generate around half a volt of power (between 650 and 850 millivolts) if it is heated for roughly two minutes. This heat is supplied by the pilot light, which is a little flame that burns continuously.

After the wall switch has been engaged, the electric current travels out from the thermopile to the gas valve, where it activates the gas valve.

If you do not flip the switch to the "off" position, the gas valve will not open, and the fireplace will not light.

There are a variety of reasons why the wall switch on a gas fireplace is not functioning properly. The following is a list of these reasons and things that you can do to fix the problem.

The Switch Has Malfunctioned 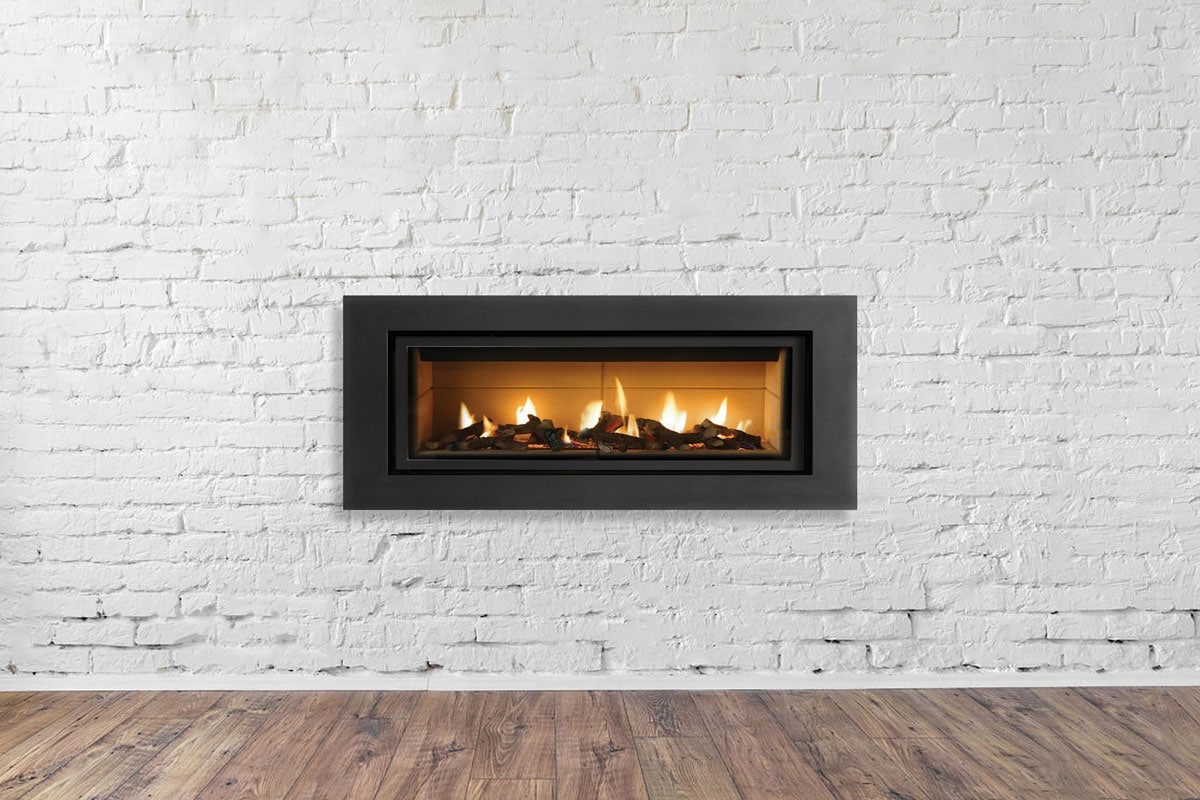 Checking to see if the switch has failed or not is the first step in troubleshooting. Wall switches for fireplaces aren't exactly high-priority items, so it's possible for them to break without much effort.

To check whether or not the switch has failed, you need to find a way to operate the fireplace without using the wall switch.

If the circuits are shut and the thermopile continues to function normally, then the switch is confirmed to be "faulty."

Here is the step-by-step guide on how to accomplish that:

Just about the only alternative in this situation is to replace the fireplace switch. These switches, known as millivolt switches, are quite distinct from conventional wall switches.

But what is a millivolt switch?

As opposed to standard 120V wall switches, millivolt switches are made to operate on millivolt circuits such as gas fireplaces. Also, other electric appliance wires, the ones that link to a fireplace switch, are noticeably thicker.

To replace the fireplace switch with a new one, follow the instructions below:

Check out this millivolt switch on Amazon.

The Wiring May Be Faulty or Rusted 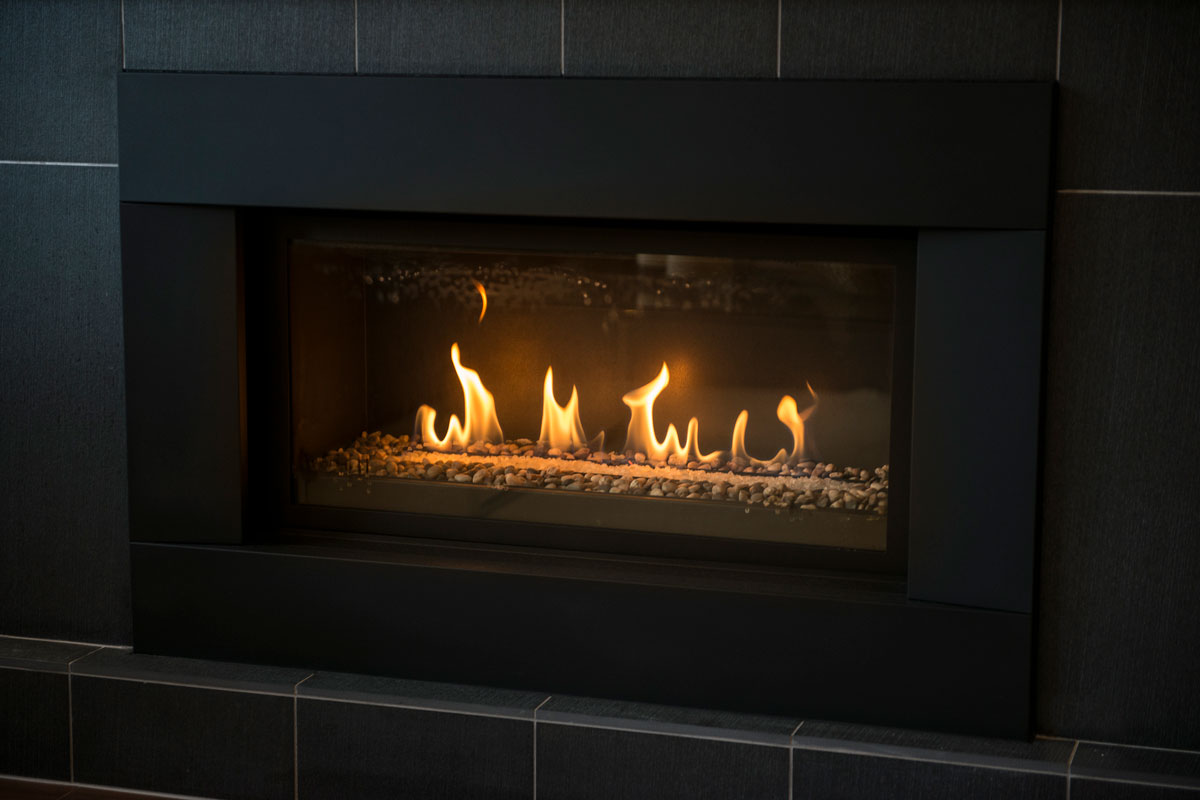 If the issue with the fireplace switch has not been resolved, the next step is to determine whether or not there is a problem with the wire. Either a damaged wire or a wire with a loose lead could be the cause of the problem.

The following are the measures that need to be taken in order to locate a loose wire:

That wraps it up! There is no need for any additional repairs.

However, if the wire is defective, the method will be entirely different and more difficult. You will need to cut the wire that is connected to the gas valve. Performing it involves the following steps:

If you are able to determine that a wire is faulty in this manner, you should remove the faulty wire and replace it with a new one.

Take note that the wire gauge that is used to connect the fireplace wall switch must be 18 AWG. Nothing larger or smaller can be used. If you haven't already done so, we strongly suggest that you purchase the following wires:

Check out this Hook Up Wire Kit on Amazon.

Check out this 18 AGW Silicone Wire on Amazon.

Once you get the wires, follow the steps below for replacing faulty wiring in a gas fireplace switch: 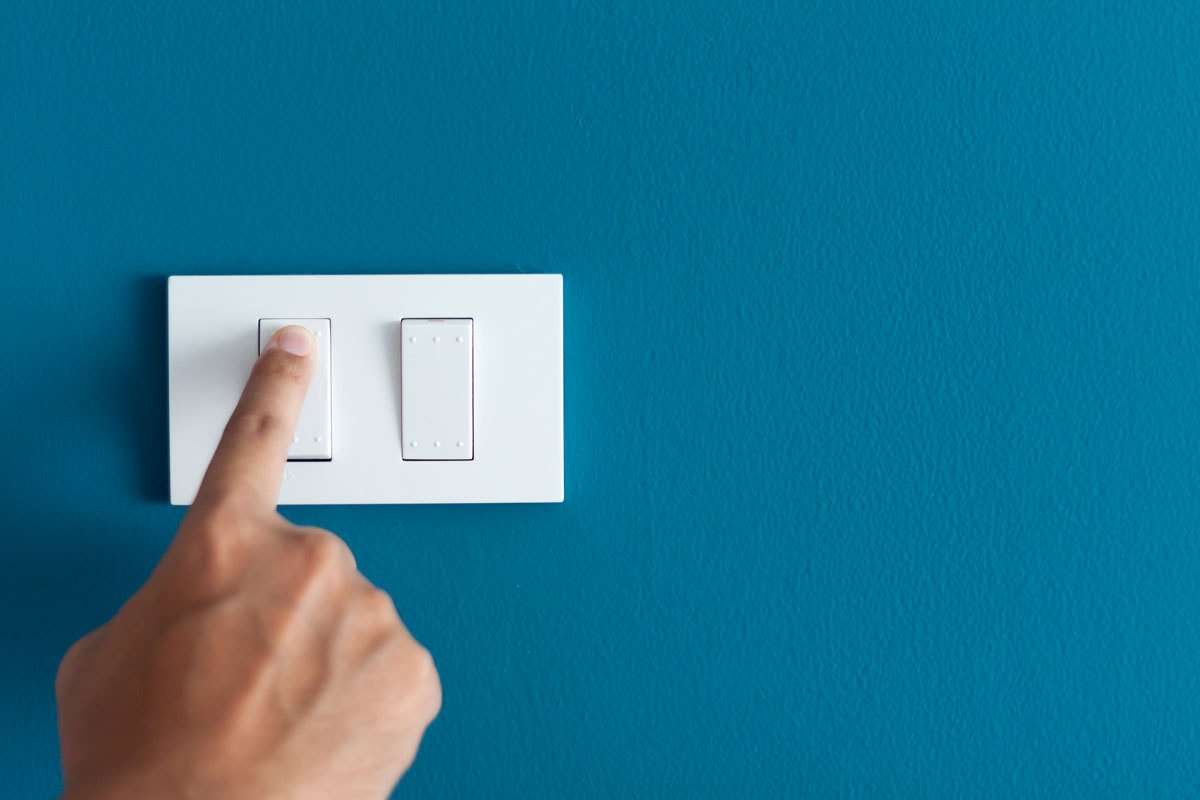 Can I use a regular switch for a fireplace?

A thermopile in a fireplace only generates millivolts, which is a far cry from the 120V that the light switch was intended to handle. Probably all that needs to be done is locate a switch that has a resistance that is sufficiently low.

It could most likely be accomplished with a low-voltage switch purchased at a local electronics retailer or salvaged from a child's toy, such as a 12V SPST.

Does a gas fireplace need electricity to ignite?

A spark from an electric source is needed to light the pilot light. If there is no power, the fireplace won't light.

Many IPI ignition systems for gas fireplaces use a battery-powered backup module to start the unit when the power goes out in the house. 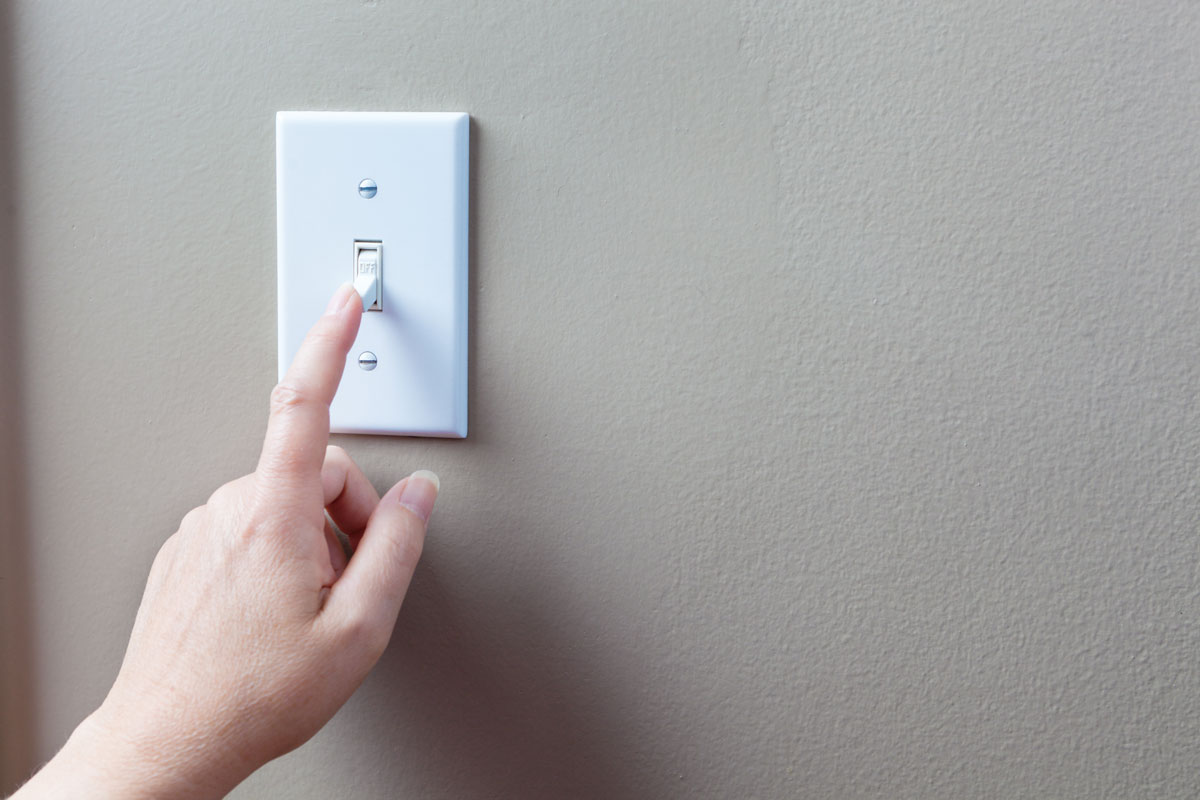 The reason why your gas fireplace wall switch isn't working could be due to a malfunctioning switch or a faulty wire. You can easily troubleshoot these issues.

If you are doubtful as to whether or not you will be able to perform the repair on your own, you should contact the manufacturer in order to be sent to a local specialist. If the work on the thermopile was performed by an authorized specialist, there is a possibility that a defective thermopile will be covered by the warranty.

Check out these articles below for more HVAC-related information:

Which Direction Should Ceiling Vents Point?

How To Fix Low Superheat And Low Subcool In HVAC

What Size Filter for a Carrier Furnace?

How Does An Air Washer Work?

Can A Generator Run A Hot Water Heater?

Can I Bypass AC Compressor With Shorter Belt?

Water Leaking From Furnace In Summer – What Could Be Wrong?

Can You Add A Heat Pump To An Existing AC Unit Or Furnace?