Sometimes, over a hundred and fifty years old homes do not have the setup for central air conditioning, thus requiring ductwork insulation. But if you prefer not to install the ductwork, you can install a mini-split or high-velocity air conditioning unit instead. But what's the difference between the two? And what are their similarities? We've researched both types of units, and in this post, we will compare and contrast them.

High-velocity a/c units provide air conditioning to buildings with no ductwork. Instead of forcing cooled air through ductwork, they use flexible easy-to-install tubes placed in the walls and ceilings of homes. Mini-split air conditioning systems are operated by an outdoor compressor and indoor units that supply air directly in each room of a home. These wall-mounted systems don't require ductwork and are reasonably easy to install and operate.

While neither system is necessarily worse or better than the other, they have distinctive differences worth noting before installation. And having an initial idea of what your installation budget is will help narrow down your decision. Continue reading to learn about which unit may be best given certain factors. 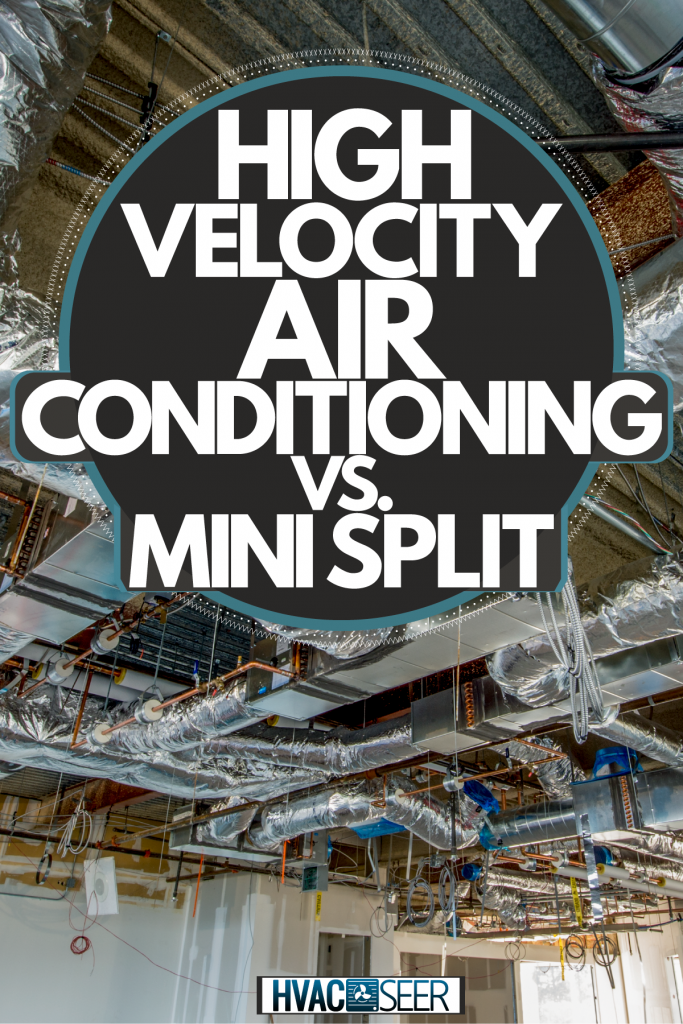 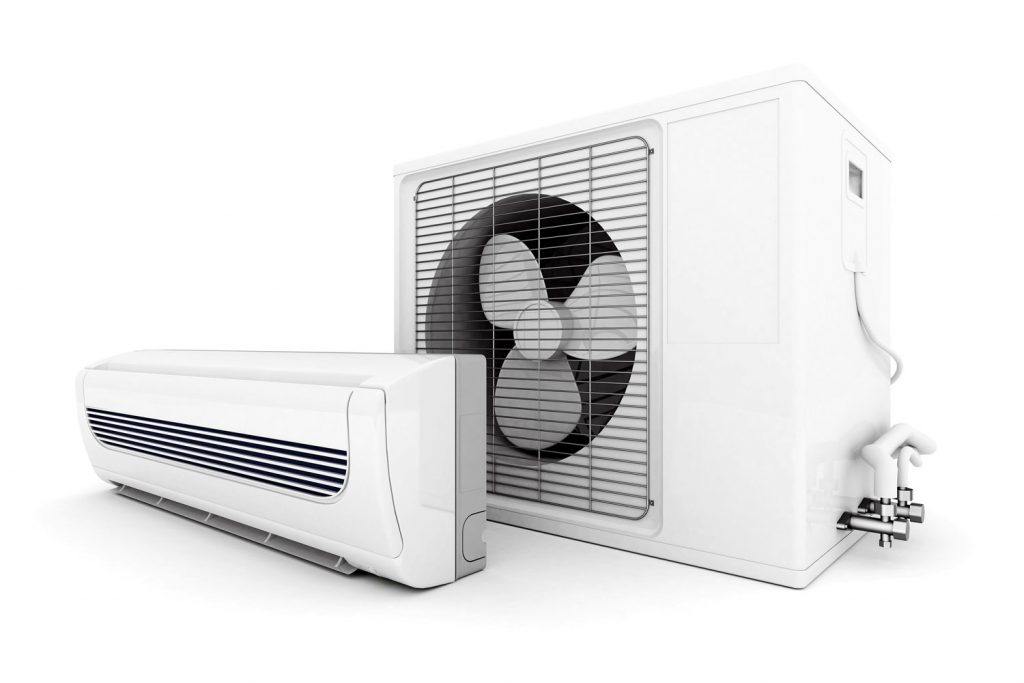 Ductless or "mini-split" systems don't require ductwork, as the outside unit of their system is connected through a small hole in the home's exterior, allowing the interior unit to provide air conditioning to the home or apartment. The outdoor unit draws all of the warm air from outside, cools it, and then delivers it directly to the room.

Mini-split systems have sophisticated technology, which makes them very efficient. They can quickly and easily convert high-voltage electricity, allowing them to run on very little energy. Their compressors can also run at varying speeds. If you find a mini-split system with a SEER rating over 25, you can be sure that this will help you save on your electricity bill.

They are very quiet

These systems don't make much noise when operating, which is one of their best features. Ductless systems, unlike window systems or central air, operate much more quietly than high-velocity systems. If you're someone who prefers an a/c system that doesn't sound like freight trucks driving around inf your home, a mini-split unit is worth considering.

As mentioned previously, mini-split systems don't require ductwork. This means saving hundreds of dollars on contractors for the units' installation. The only installation needed is for the interior units, which can be done fairly quickly and easily, and the outside unit, which doesn't require as much labor as other HVAC systems.

While mini-split systems do have air filters, they aren't the most powerful filtration systems available. To increase filtration, users often add carbon inserts into the mini-split unit to help mitigate this issue. The filtration capability also depends on the brand and model of the ductless system.

Mini-split systems will typically cost more money than high-velocity systems. However, you will save money on the back end regarding your electricity bill due to their low energy usage.

Having multiple mini-splits in your home can be distracting from an aesthetic standpoint. Keep in mind that you'll typically need a unit for each room to cool it efficiently. This also adds to the initial cost of mini-split systems, especially if you have a home with three or more rooms.

High-velocity systems make for a great heating and cooling option. Not only can they remove up to 30% of humidity from your home, but they can also create an even air temperature throughout the various rooms of your home. Let's take a look at more of their benefits.

They aren't as distracting.

These units are typically placed in the basement, with the vents placed in inconspicuous areas of your home--unlike mini-split units. Keep in mind that the vents are pretty small, so they are less noticeable on the wall or inside closets.

Only one unit is needed

With high-velocity air conditioners, you only need one unit for the entire home instead of one unit in each room. These air conditioning units can force cold air into multiple rooms and spaces within your home without the extra equipment. This means lower installation costs.

High-velocity units are also known for their ability to quickly force air into several rooms at a fairly high rate of speed. Meaning you don't have to wait for hours for your entire home to cool down, which is pretty similar to that of central air units.

Units can be noisy

On the downside, high-velocity units can be quite noisy as they push air through the small vents around your home. However, some brands are developing models that have sound dampening technologies to reduce their noise levels.

High-velocity systems force air through their vents at a fairly high rate of speed. Sitting close to a vent can make you physically uncomfortable, especially if the room is on the smaller side. Contractors will typically recommend placing the vents far away from the seating or sleeping areas within a room to address this issue.

How Much Does A High-Velocity Air Conditioning Unit Cost?

On average, a brand-new high-velocity air conditioning system can cause anywhere from $3,000 to $7,000. Keep in mind that this depends on your location, the structural setup of your home, and your personal preferences.

How Much Does A Mini Split Air Conditioning Unit Cost?

A typical ductless system can cost anywhere from $2,000 to over $10,000 to install. The average install price is around $3,000, however. The total cost will depend on the number of rooms in your home, as contractors will typically recommend installing one interior unit per room. Additional costs can be incurred if you have any special zoning requirements.

Can A Mini Split Cool A Whole House?

Possibly, but it'd have to be a tiny home, such as one that's 400-500 square feet. There are also certain factors to consider before answering this question. It mainly depends on a couple of things. The size of the air handlers and the size of the rooms in the home. Other considerations include the number of windows in the home and the flooring type.

Contractors will usually recommend one air handler per room and possibly an additional air handler if the room is over 500 square feet. Keep in mind that you can use up to eight different air handlers while having them all connected to one outdoor unit. If you are unsure how many handlers you'll need for your home, it's best to consult a contractor so that they can come out, performing an inspection, and give you an accurate estimation of the number of handlers you'll need and their ideal sizes. 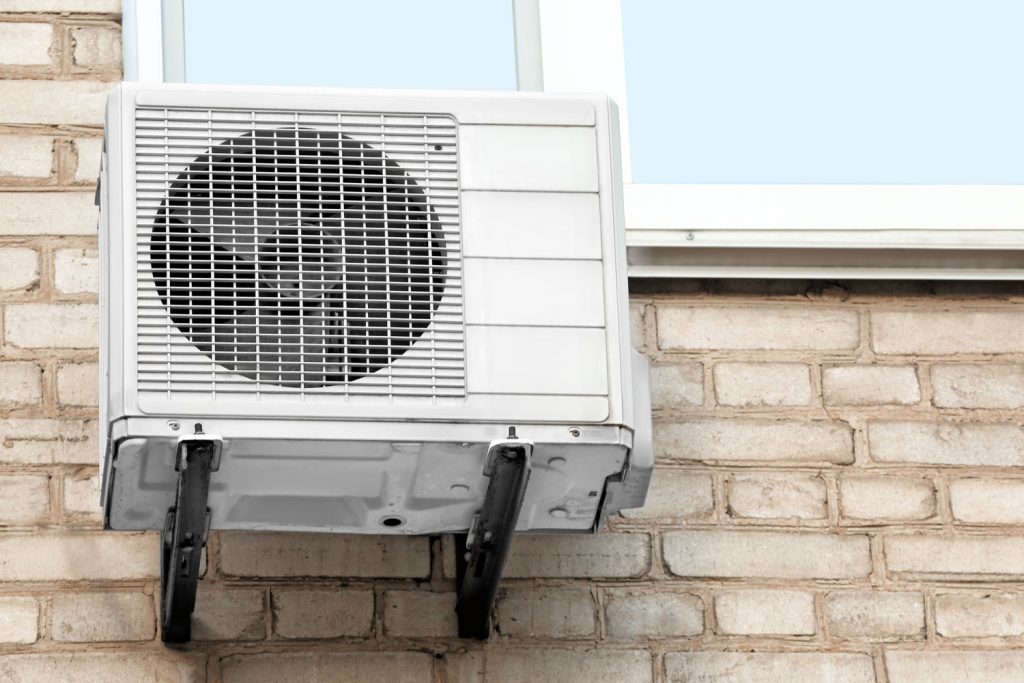 It's a good idea to weigh all of your options before deciding whether to go with a high-velocity air conditioner or a mini-split system. Important things to consider include current insulation, your home's square footage, overall layout, and the number of people that occupy your home. It's also important to know what your budget is and which system will work best for the structure of your home. A licensed HVAC professional can help you narrow down your choices and plan out the installation process.

How Long Does It Take For A Central AC To Defrost?

AC Unit Freezing Up In The Summer – What Could Be Wrong?

Does Turning Off Heat Save Money?

How To Reduce Airflow From A Vent

How Long To Wait Before Turning On A New Air Conditioner?

At What Temperature to Switch From Heat Pump to Furnace?

Basement Too Hot—Why And How To Fix This