Ceiling fans can be used for cooling rooms in summer or for general ventilation purposes. To make sure your fan spins at the right speed, continue reading to learn more about how a ceiling fan works, including how to maintain them. 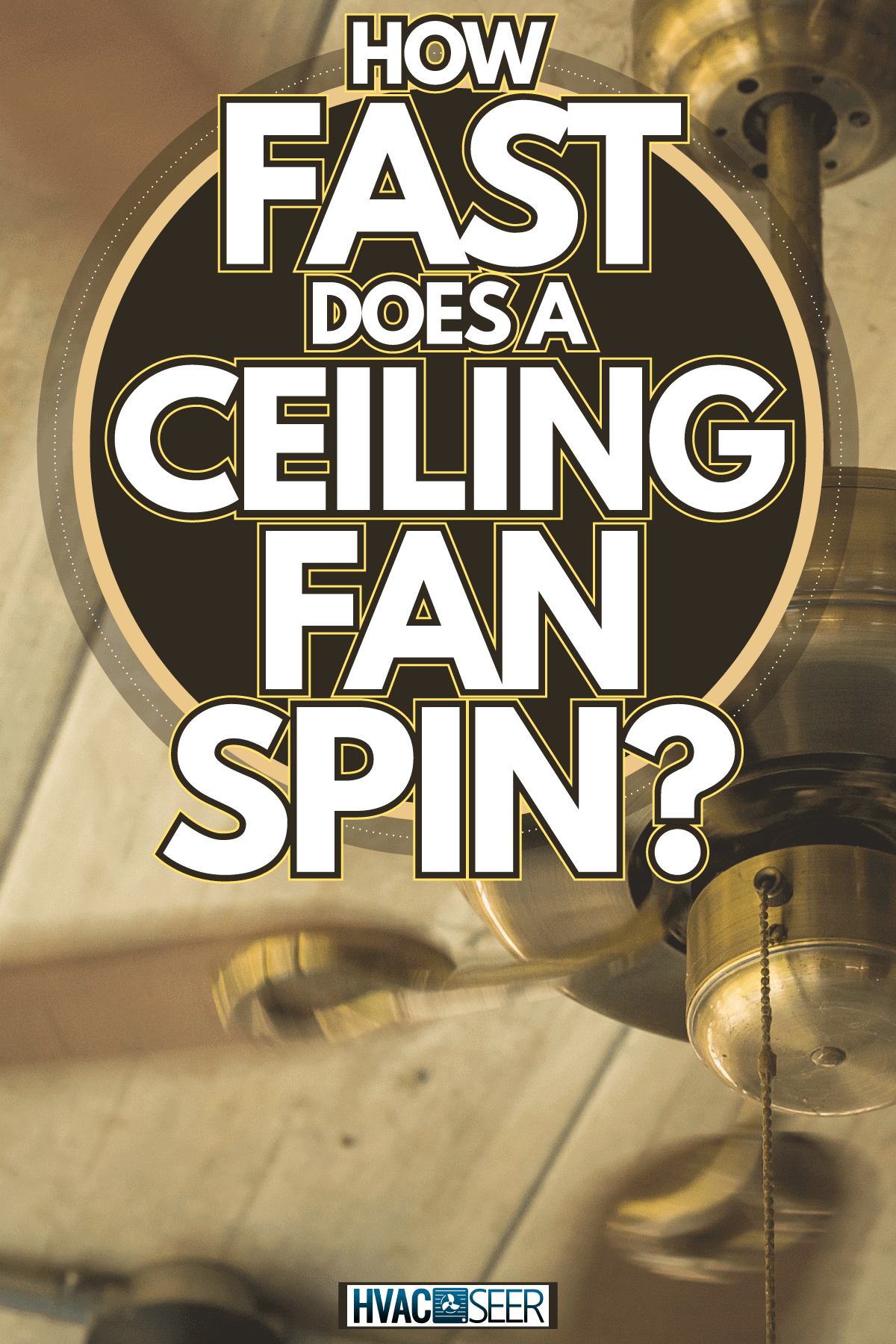 How Fast Should a Normal Ceiling Fans Spin?

Ceiling fans are one of the most common home appliances, and they are used to cool down rooms and make them feel more comfortable. However, people often find it difficult to determine how fast they should be spinning.

An average-sized ceiling fan should spin from 2000 - 8000 RPH. To calculate the number of spins per minute, you simply divide the RPH by 60. This gives a result of about 30 - 135 rotations every minute. 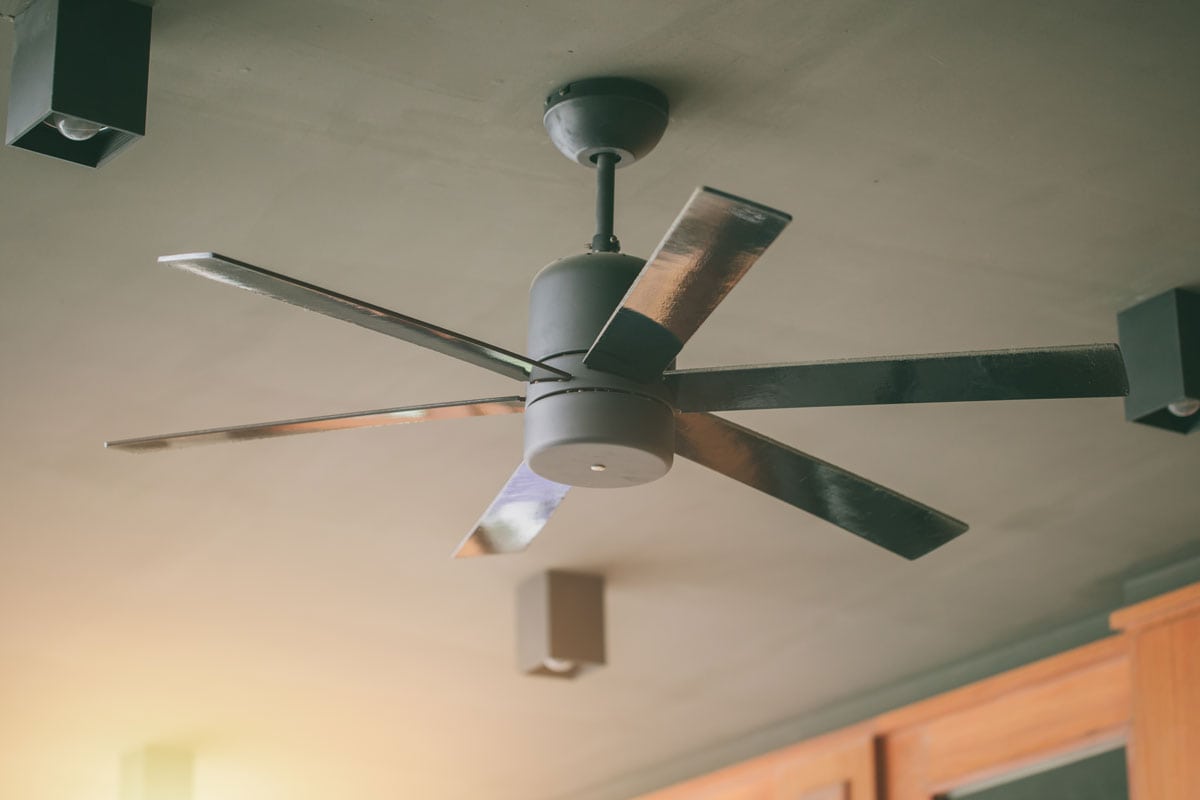 The revolutions per hour (RPH) measure the rotational speed of a shaft or gear. It is a unit of measurement for the rate at which something rotates. It is also used to measure the speed of rotation of an object about its axis.

The revolutions per hour can be expressed in degrees per minute and radians per second. The unit is most commonly used in the automotive industry and other industries that use rotating mechanical devices like ceiling fans.

Why Does My Ceiling Fan Spin Slowly?

Ceiling fans are an essential part of home appliances. To take care of your ceiling fan, you need to know how to clean it, change its blades, and replace the light bulb.

If you have been using a ceiling fan for a long time, you might notice that the blades are slowing down. It might also produce less air than usual. There are many reasons your fan can spin slowly; here are a few:

Accumulation of Dirt and Dust

If you want to clean your ceiling fan, you should use a vacuum cleaner with a brush attachment or a lint roller. Remember to turn off all electrical connections before you start to avoid electrocution. Put on some gloves before you begin working with the wet cloths.

Use a mild cleaning solution in water and soapy water solution to clean off any build-up from dust or dirt. Wipe down the blades and motors with a dry cloth or paper towel, then spread them out to dry.

While putting the fan parts back together, be mindful of the bearings. Edges of metal blades can also be sharp, so be mindful while cleaning the edges.

Ceiling fans, especially old ones, should be lubricated to ensure all the parts work properly. After a long time of use, the blades will start to wear and tear, causing them to spin more slowly.

Loose screws are one of the most common causes of problems with ceiling fans. You may have noticed this problem while dusting or cleaning your fan. This issue can simply be easily fixed by tightening the screws on the blades and balancing them properly.

Loose screws in a ceiling fan can cause many problems apart from slow spins. When a screw is loose, the blade moves around wobbly and makes noise which can be very uncomfortable for people who live in the same space as the fan. Some parts can also pull out forcefully and cause injury to anyone in the room.

How Do Ceiling Fans Work? 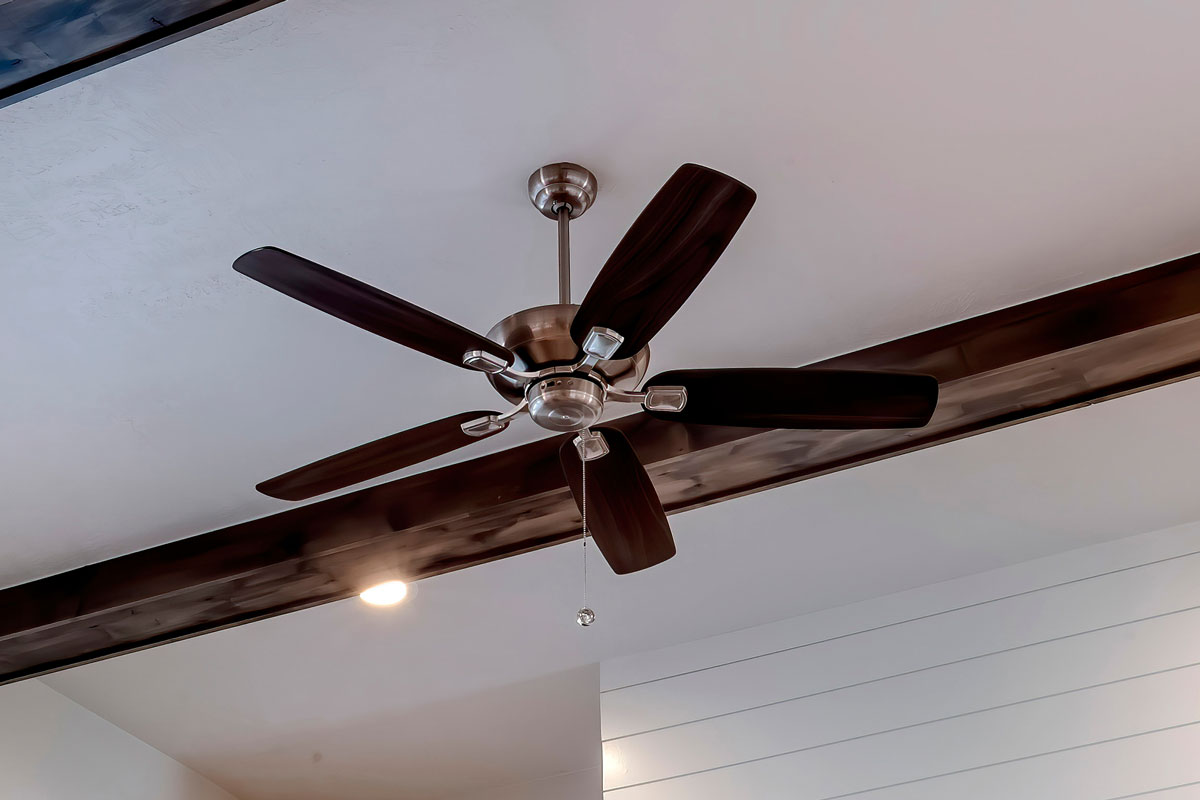 The purpose of a ceiling fan is to circulate air in a room. It does so by using electricity to create mechanical energy (that is, the energy that moves).

The fan's motor turns the blades around an axis parallel with the floor, which causes them to spin faster than the air around them. The blades are connected to a shaft that is connected to the motor.

The motor has an armature that rotates due to an electrical current. The armature, in turn, rotates the fan blades, which causes air currents in the room. These air currents can be directed towards any point in the room, depending on where the fan is facing.

Turning off the ceiling fan is one of the best ways to save energy and lower your electricity bill. It is also an excellent way to reduce fire risk in your home. Ceiling fans help circulate air, but they should not be left on all day long as they are a potential fire hazard if left on for too long.

Ceiling fans should be turned off after 8 - 9 hours. This is because the fan blades will start to generate heat and will not be able to cool the room as efficiently. High spinning ceiling fans need a more extended period for cooling.

This is a question that often comes up when people shop for a new fan. There is no correct answer, and it depends on your personal preference. But there are a few points to note.

The ceiling fan blades should be as long as possible, without hitting any light fixtures or coming into contact with the wall. If you have a large room, you may consider buying a larger fan than what is recommended for smaller rooms. 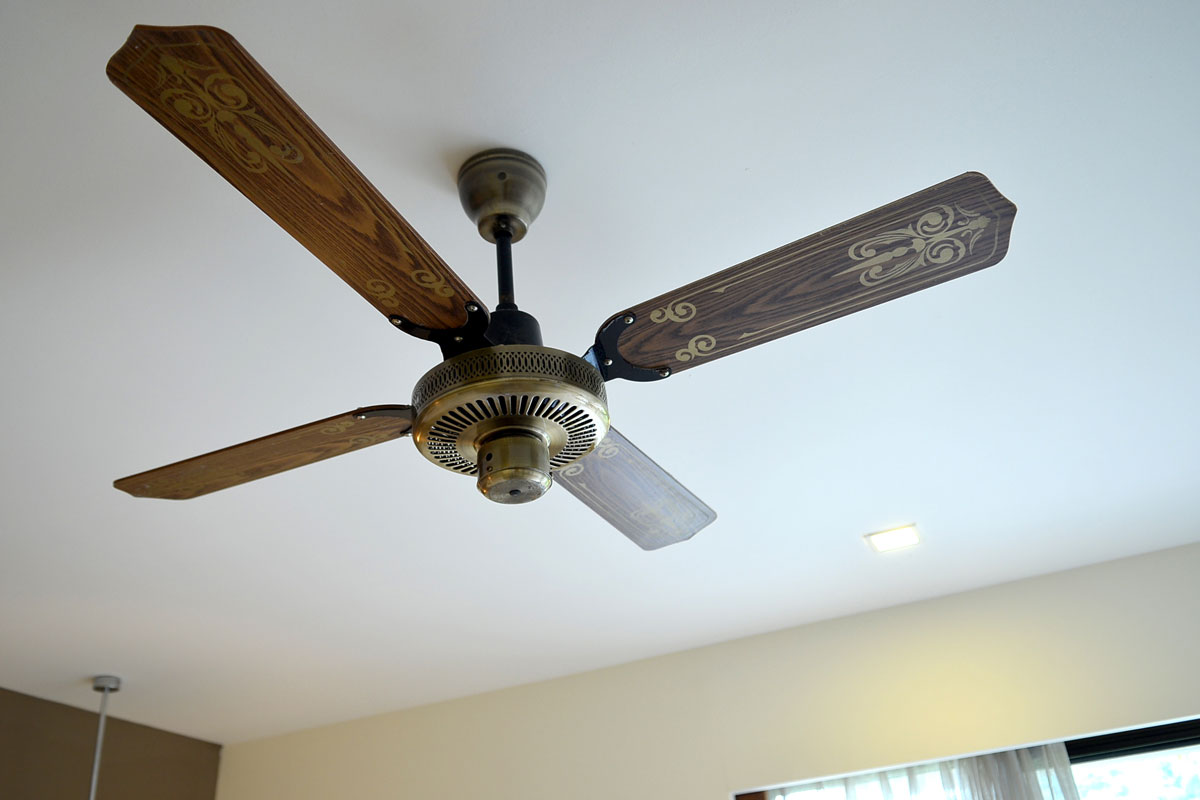 The best type of ceiling fan blade should be well-balanced and have a long lifespan so it can be used for years. Choosing the best ceiling blades for your space will depend on your needs and preferences.

If you are looking for an option that offers more airflow, you should go for metal blades which will help to cool down the room faster. The metal ceiling fan blades have a unique shape designed to produce high-velocity airflow.

The blade comprises a wide concave section, allowing the air to flow smoothly. The large diameter makes it easier to create powerful airflow, which is important in larger rooms. If you want something that offers less noise, then you should go for plastic blades, which will make less noise when rotating. 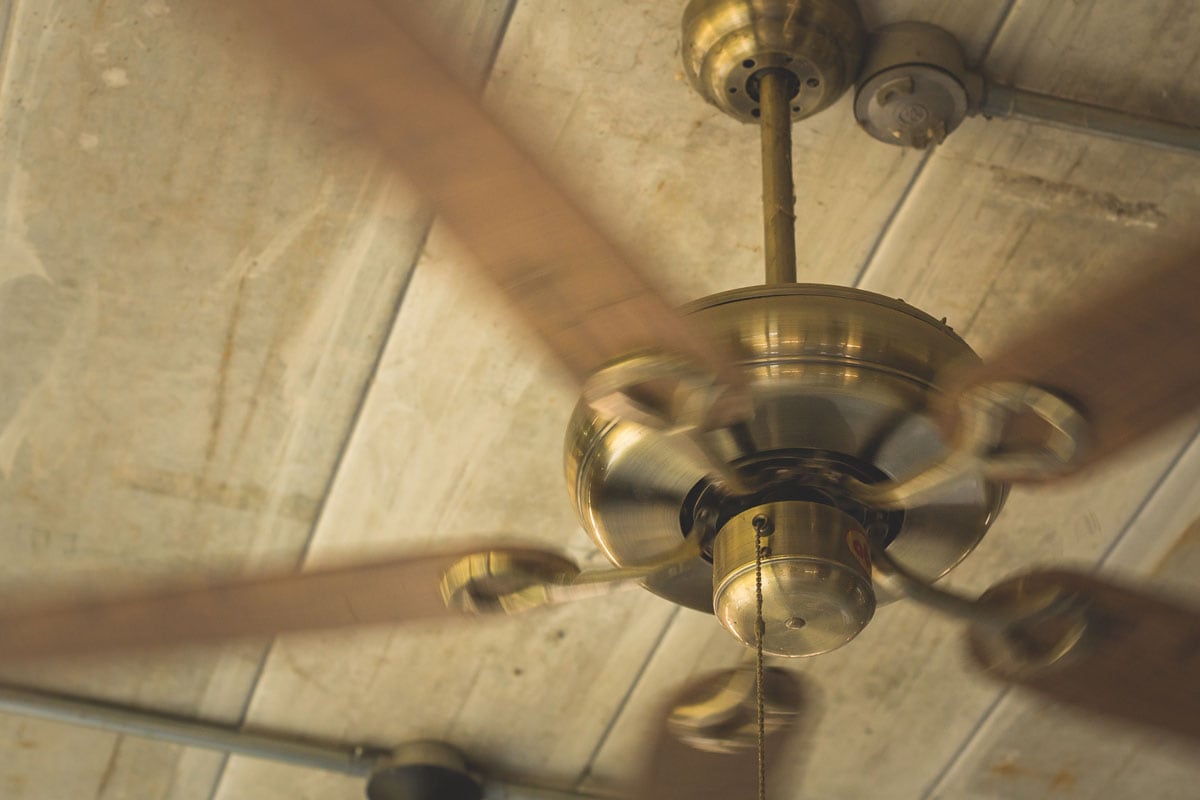 A ceiling fan is an essential piece of home decor. It is a necessity in most homes. However, it should be noted that the speed of a fan will affect its overall performance. The speed of a ceiling fan depends on the size of its blades and its power source.

A smaller one will spin faster than a bigger one, while an electricity-powered fan will spin much faster than a rechargeable one. To ensure your ceiling fan rotates at the right speed, maintain it properly.

Check out these other engaging articles about ceiling fans to learn more.

How to Install a Ceiling Fan Without Existing Wiring

How Do You Stop Condensation In A Solar Tube?

How Long Will A Mr. Heater Run On Low?

Where Is The Filter On A Carrier Air Conditioner?

Where Is The Thermopile [Or Thermocouple] On A Gas Fireplace?