If you're concerned about the noise a Champion dual fuel generator makes while it is running, you've come to the right page. We've researched how loud this generator can get to share the answer with you.

Champion dual fuel generators have different wattage capacities and as such have different noise levels. They can range from 53 dBA to 74 dBA, which can be compared to the noise your dishwasher makes up to just being a little bit louder than your vacuum cleaner.

Keep on reading to learn more about the different Champion dual fuel generators' noise levels and sound intensities. We'll also give you tips on how to reduce the noise that your generator makes. This article will also answer which fuel - gasoline or propane - will make your generator run quieter. Let's get down to business! 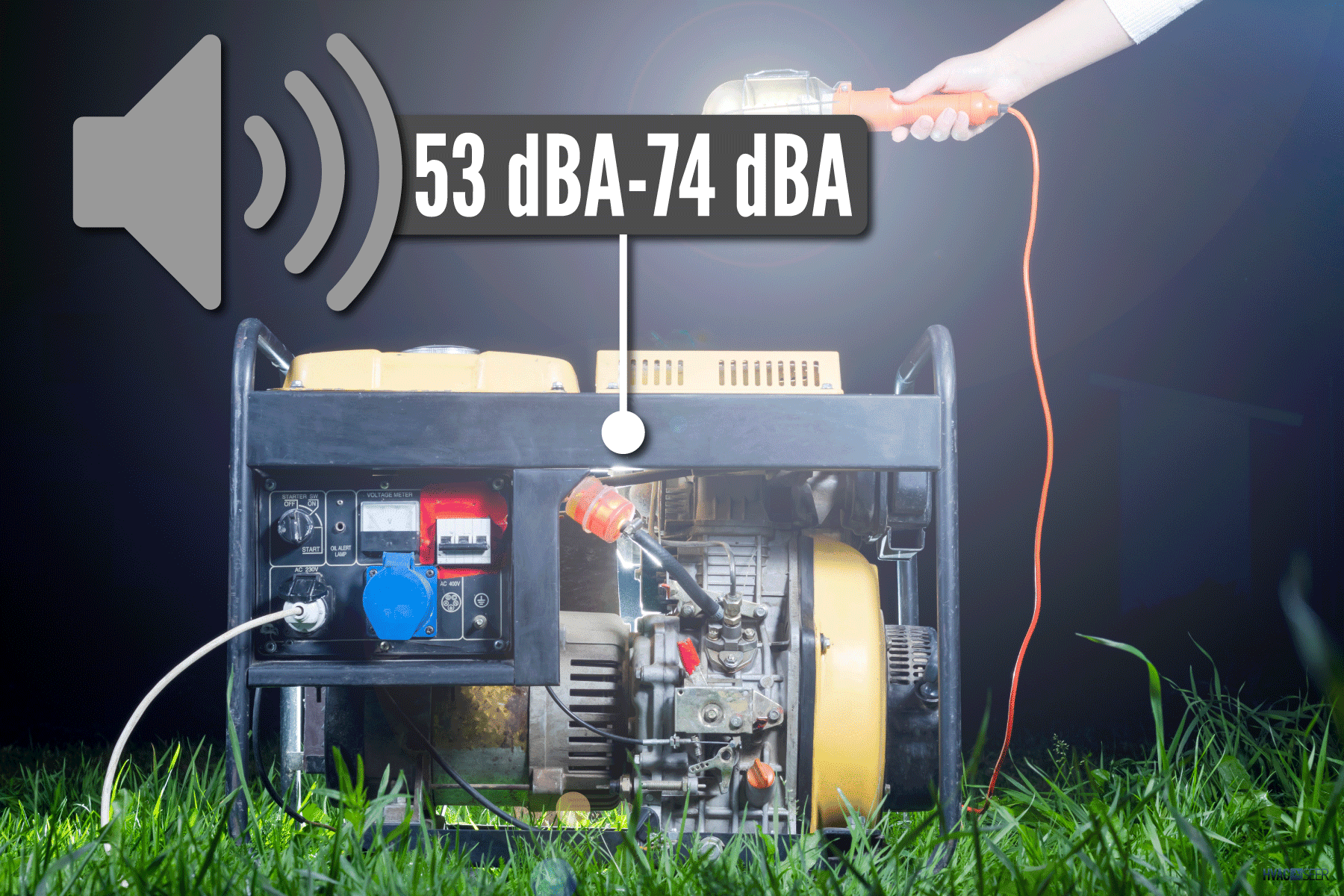 Is the Champion generator quiet?

Whether you use your generator to power your home appliances during emergencies or to enjoy some comforts of home when you're out camping, you need to be conscious about the sound it makes. This is especially true when you have neighbors whose houses are very near to you or when you've set up camp close to other people's sleeping quarters. This is all about respect and consideration for other people.

You may also be bothered by loud sounds and find it hard to sleep with the generator running in the background.

Before we answer our main question, let's first talk about how sound is measured. Sound intensity, power, or pressure is measured in decibels (dB or dBA). It is measured using a sound level meter. The scale of measurement is logarithmic to better capture how the sound feels to our ears.

Check out this sound level meter on Amazon.

To demonstrate, the average sound in decibels of rustling leaves is 30 dB while a normal conversation is 60 dB. This doesn't mean that when you double the sound of rustling leaves, its intensity will be equal to that of normal conversation. Each increment of 10 decibels increases the sound intensity by 10 times or what we refer to as twice the volume level. 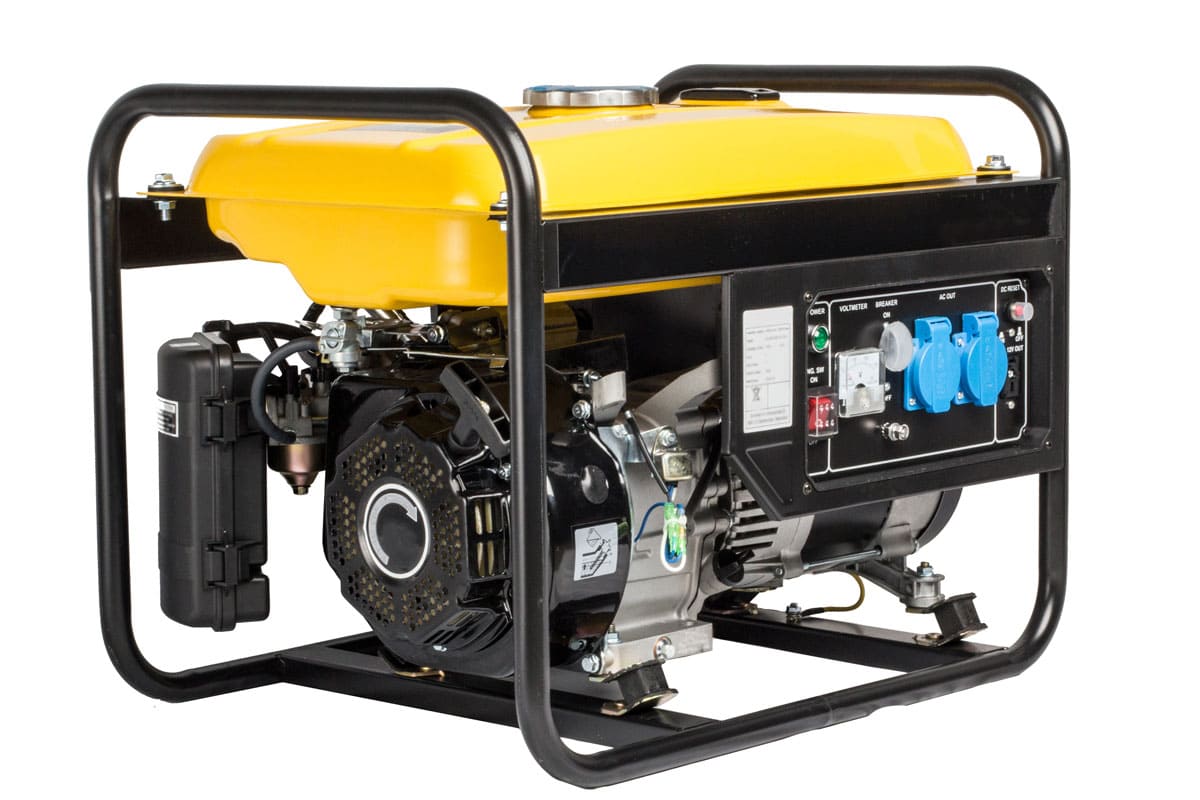 Going back to our question, some Champion dual fuel generators boast of quiet operation, especially their units with lower wattage capacities. Overall, Champion generators' noise levels range from 53 dBA to 74 dBA depending on the wattage capacity of the unit.

Again, for your reference, generators that have a noise level between 50 and 60 decibels are considered quiet. This means that their generators with 2000 to 3400-watt capacity fall under this category. As the manufacturers say, the sound that their 2000-watt generator makes is just comparable to that of a dishwasher while their 3400-watt unit has the same sound intensity as a normal conversation. It is safe to say that these noises are within the safe hearing level. They won't cause a disturbance to you or your neighbors.

But experts say that it is those machines that make sounds louder than 80 dBA that you should worry about. Prolonged exposure can damage your hearing.

Since the loudest noise level that Champion dual fuel generators make is 74 dBA, these machines can be considered safe. According to manufacturers, 74 dBA is just a little louder than the sound your vacuum makes while you're cleaning the house.

However, it isn't always this simple. You have to consider other factors that influence the noise level of a generator.

So next time that you compare different generators, think about these factors to give you an idea of how loud they are when they operate. These will make you understand their noise level even better.

How do I make my Champion generator quieter? 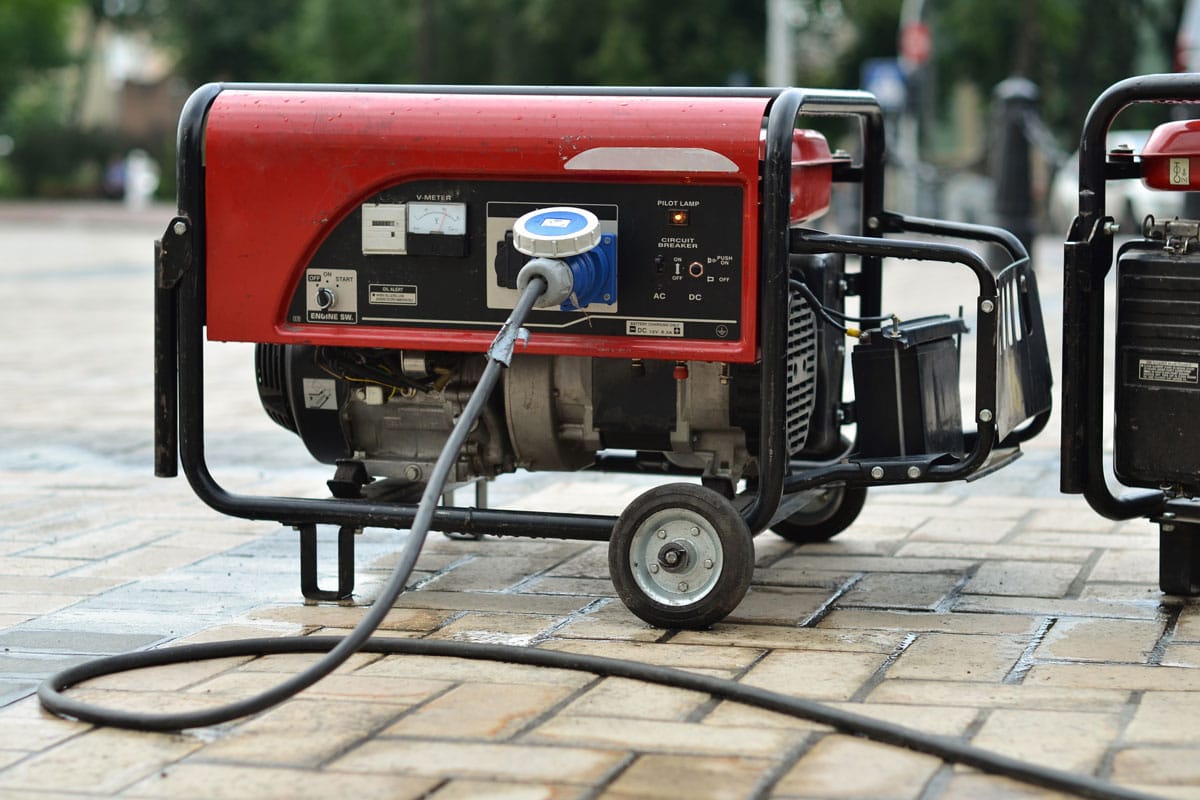 If the sound that your Champion generator makes bothers you or the people around you, there are some ways that you can do to reduce the noise.

Click this link to find this anti-vibration mat on Amazon.

These are just some of the recommendations to reduce the noise level of your generator. You can even combine some of these techniques to ensure that you don't bother other people while you're using your generator.

Is a propane generator quieter than gas? 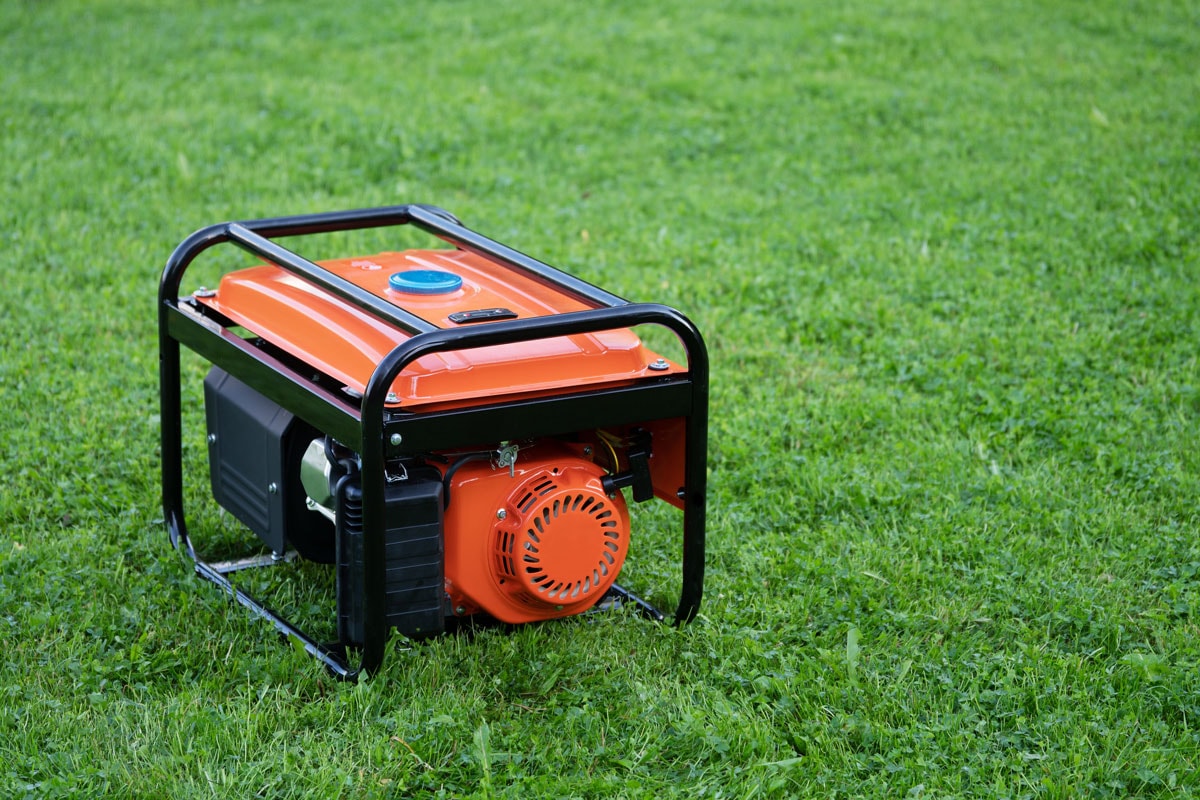 Since you're using a dual fuel generator, have you ever wondered which between gasoline and propane would be quieter to run?

This is one advantage that propane has over gasoline. Your generator operates with much less noise when you use propane to power it. Gas-powered generators are known to be noisy, that's why the use of propane fuel is becoming more popular.

This is the beauty of using a dual fuel generator. You have more control over external factors like this. You have the option to run your generator in a quieter mode by using propane.

Here are other advantages of using propane to fuel your generator.

Propane is the healthier alternative. It burns cleaner so there are fewer emissions of harmful gases in the air such as carbon monoxide. This is good for you and the people around you because you won't be exposed to polluted air. This is also good for your machine since there will be no buildup of contaminants inside the engine.

Propane is safer to use. It is contained in a sealed tank that won't spill over and become a safety hazard. The tanks have been designed with tip-over and overfill protection to enhance their safety.

Lastly, propane fuel has a longer shelf life. It can last indefinitely if it doesn't contain any additives. You can store LPG tanks in a level, cool, and dry place so you'll always have a reliable stock for your fuel needs. You won't need to worry about running out of fuel or being affected by fluctuating market prices. 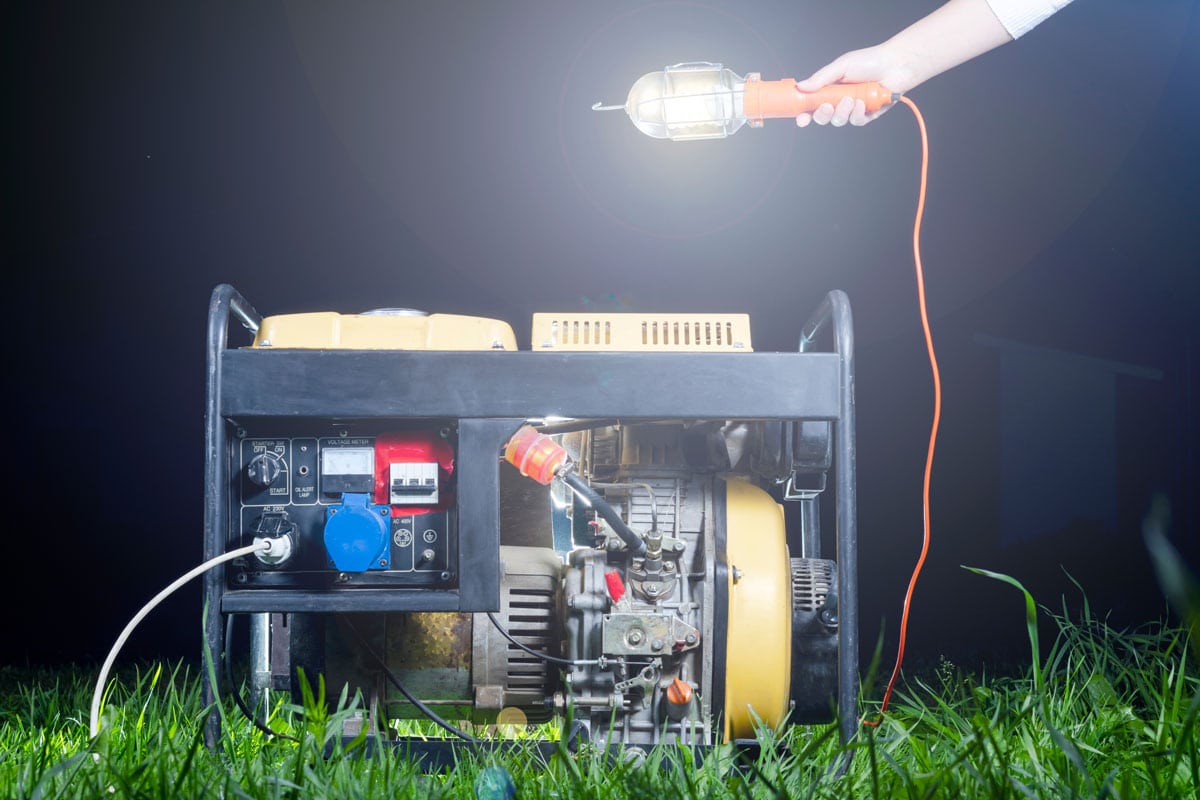 Champion dual fuel generators are relatively quiet, with their loudest unit having a noise level of 74 decibels. But take note that the sound intensity will vary depending on the distance, load, size, type, and age of your generator.

Feel free to visit the following posts for some related reading:

Why Does My Champion Dual Fuel Generator Keep Shutting Off?

How Close Can A Generator Be To A Propane Tank?

Payne Vs Carrier: Which To Choose?

Do Carrier Furnaces Have Humidifiers?

What Is The Best Oil For A Generac Generator?

York Air Conditioner Not Cooling – What To Do?

Should I Use Septic Tank Additives [And Do They Really Work]?