Blade pitch? Flush-mounting? Extension rods? It can be surprising to find that ceiling fans can come with so many options. Many of which, you may have no clue as to what they entail. One of these options is the number of blades that a ceiling fan can have. What number of blades is ideal? In this post, we've researched optimal airflow produced by ceiling fans to answer this question for you.

Three fan blades are ideal for the optimal efficiency of indoor and outdoor ceiling fans. However, fans with four or five blades will provide adequate air circulation yet have other considerations regarding the installation and overall performance, such as weight, noise, and power draw.

Ceiling fans can have anywhere from one to seven individual blades--and specialty fans can have even more. Let's take a look at why the number of blades may affect performance. 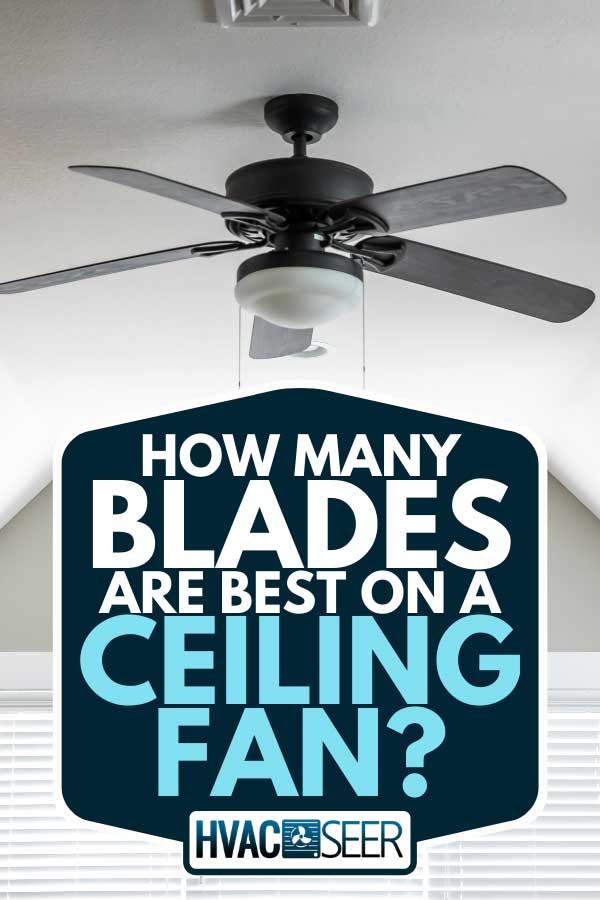 The Differences in Ceiling Fan Configurations

While the biggest differences between most modern ceiling fans are centered around their designs and the aesthetics that they provide, factors that can influence their performance (such as the number of blades) are also worth considering before purchasing. More often than not, you'll find that most ceiling fans come with anywhere from three to five blades. Let's look at the performance differences between the various blade numbers.

It's generally believed that a greater number of blades on a ceiling fan will equate to an increased airflow capability. And while this belief is sound, just based on the laws of physics alone, the amount of drag caused by the additional blades is often neglected. This is why 3-blade fans are ideal. They have enough blades to allow for a sufficient amount of airflow, but not too many to cause too much drag.

They are also more appealing because of their minimalistic and contemporary designs, which can work great in business settings. These fans tend to be on the lighter side and don't require as much energy as fans with more blades. Meaning you don't have to worry about your energy bills increasing after installing one.

Some 3-blade ceiling fans can be noisier than others. This isn't a big deal if you're installing a fan in an industrial environment, but it can be a nuisance in a smaller environment, such as a small office setting or at home.

Ceiling fans with four blades tend to offer the most balance for home use. They are typically less noisy and can offer additional cooling capabilities to rooms already equipped with air conditioners. Four-blade fans usually have more design styles than fans with other blade numbers, and they can be purchased at budget-friendly prices.

When compared to 3-blade fan options, these fans move just a bit slower. And while inexpensive overall, they typically cost a little more. This is because 4-blade fans need heavier motors to accommodate the extra blade. Four-blade fans will usually have slightly better aeration than 3-blades. However, the brand of the ceiling fan purchased will play a bigger role in its overall efficiency.

Ceiling fans with five blades can produce more consistent airflow due to the blades being closer together. These fans are also typically a lot quieter than ceiling fans with three or four blades. The greater number of blades makes these fans generally more well-balanced, and depending on the aerodynamics of the blade shapes, some can cool down a room a bit faster. Five-blade ceiling fans can work great in both indoor or outdoor home settings.

Since these fans have to accommodate more blades, their motors will require more power to operate. Will this be significant enough to break the bank? No. However, it is worth noting if you are someone who plans to leave your ceiling fan running 24/7. Because they are still considered more unique in their design (and not as popular as their three and four-blade counterparts), these fans will typically cost a bit more, particularly if they are equipped with a light fixture.

How Many Blades On A Ceiling Fan Make The Best Airflow? 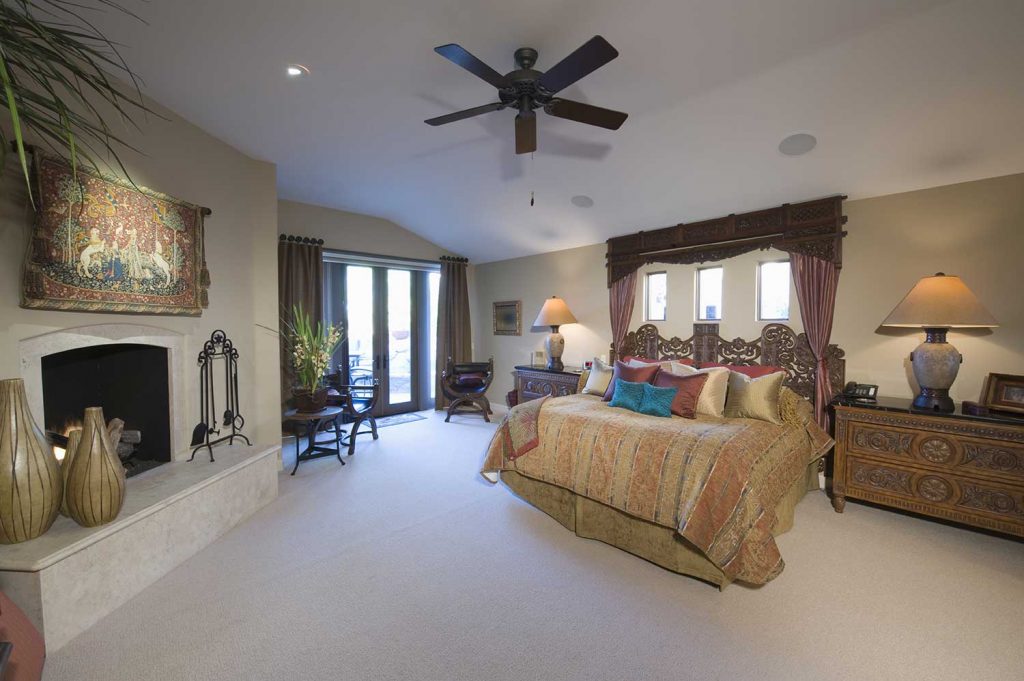 Actually, the ideal airflow for a ceiling fan will depend on a few factors, including motor size, blade pitch, the height from the ceiling, and blade size. The number of blades won't influence this. Here's how these features affect the fan's airflow.

A ceiling fan with a high powered motor will always provide efficient airflow and quality in terms of comfortability. It will also provide the best return on investment, as the motor on a ceiling fan will always be the most expensive part to replace. So whether a fan has three, four, or over five blades, if they are powered by a solid motor you can expect it to offer maximum efficiency when it comes to airflow and cooling abilities.

The motor of a ceiling fan and the pitch of its blades must be the best matches for one another. If not, one will be working against the other, and the fan's airflow efficiency will be hindered. Fans equipped with blades with a more leveled or flatter pitch (typically less than 12-degrees) will not require a big motor to reach high speeds.

However, ceiling fans equipped with blades with a steeper pitch (usually 15-degrees or more) will need a more powerful motor to achieve those same speeds. A fan with a flat pitch may even wobble or make noise when operating at higher speeds for extended periods of time. And fans with steeper blade pitches may burn out their motors faster if not powerful enough to accommodate them at high speeds frequently.

Except for flush-mounted or hugger fans designed for placement directly on the ceiling, a ceiling fan's blades should be anywhere from 10- to 12-inches from the ceiling to create an ideal airflow during its operation. If the fan is either too far or too close to the ceiling, its ability to move the air around will be impeded.

When the blades of a ceiling fan are too wide or too long (or too small) for the room in which it operates, it will not maximize its airflow capabilities. Blades that are too big for a room can create a drop in airflow, leaving large areas of the room untouched by its breeze. This means that someone standing as little as three feet away from the fan may not be able to feel any cool airflow.

What Is The Best Blade Pitch For Ceiling Fans? 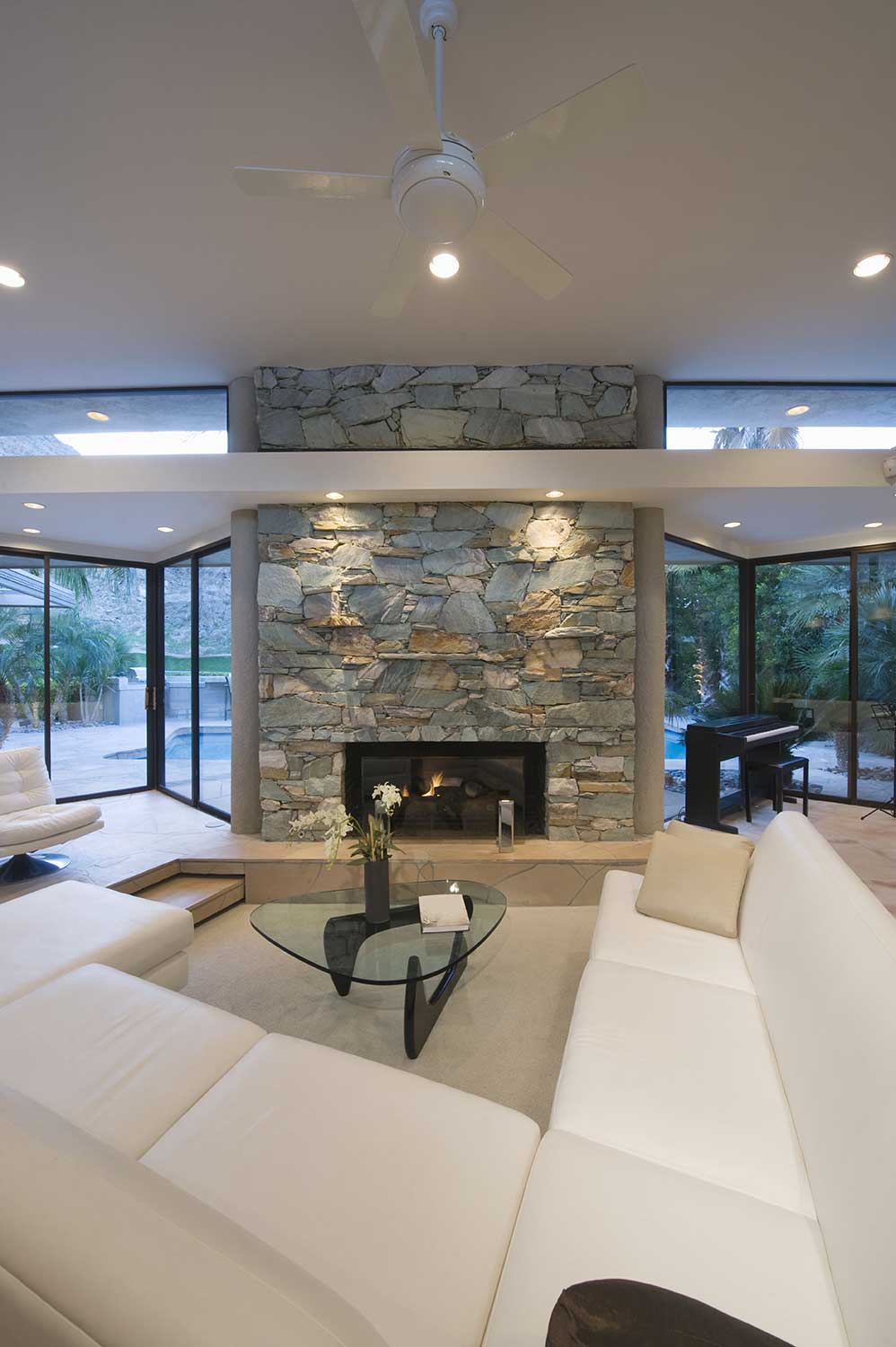 Generally, the ideal blade pitch for most ceiling fans is anywhere from 12- to 15-degrees. Within this pitch range, the ceiling fan can move more than enough air around the room to allow for an effective breeze, but not too much that it creates a wind tunnel.

It depends on your purpose for the fan. Both types of fans have their benefits. Let's discuss them.

So which is better? It really depends on your budget, the space you intend to cool, and whether you are looking for the added aesthetic qualities that ceiling fans can offer.

Can You Put Longer Blades On A Ceiling Fan?

It depends on whether or not your fan's motor can accommodate the longer blades. To know for sure, you'll need to take a look at your fan's operational manual. If the manual only recommends replacing blades of the same size, then it wouldn't be best to add longer blades to your ceiling fan, as it can affect its aeration abilities and potentially its lifespan.

If you're looking to add longer blades for aesthetic purposes, it may be best just to purchase a larger ceiling fan, or you can risk overburdening the motor on your current fan if it can't accommodate the new blades--it can also be dangerous.

If your manual says that it's okay to increase the blade size, you can do so fairly easily within 10- to 15-minutes. A new individual blade for a ceiling fan can cost anywhere from $20 to over $100 depending on your fan's brand and model. If you plan to hire a handyman to do the work, you can expect to be charged a service fee, and whatever their cost for minimum hours worked.

How Do I Know What Size Ceiling Fan To Buy?

The size of the room in which the fan will be placed will determine the ceiling fan's size that you should purchase. If it is a small room measuring 50-square-feet or under (such as a bathroom), a 29-inch fan will suffice. For rooms up to 76-square feet, a 36-inch fan is recommended. Fans with blades 36- to 42-inches will work for most medium-sized rooms, such as bedrooms (up to 100-sq.ft.). And rooms ranging from 100- to 400-square feet will need at least a 50-or 52-inch fan, it not more than one.

Not at all. Ceiling fans are still very much in style and will probably be so for the foreseeable future. Since their invention in the 1800s, they've come a long way as far as design, style, and ease-of-use (i.e., remote controls, various settings, lights, etc.). Many homeowners purchase ceiling fans to help save on energy costs throughout the year.

However, ceiling fans (modern and antique designs) are often purchased to simply add to a home or room's aesthetics. The chances of this changing anytime soon seem to be fairly slim based on the millions of ceiling fans purchased and manufactured year after year.

Hopefully, this post gives you a good idea of how a ceiling fan's blade number can affect its price and performance.

Does An Electric Fireplace Give Off Heat?

Should You Put A Ceiling Fan In The Bedroom?

Can You Sleep With A Kerosene Heater On?

Does A Gas Furnace Need A Chimney?

My HVAC Sounds Like A Washing Machine – Why? What To Do?

How To Make A Toe Kick Vent [Step By Step Guide]

Can I Use Tap Water In A Dyson Humidifier?