You're probably looking for any type of heat relief you can obtain as the temperatures continue to rise. Switching on a fan is one of the greatest ways to stay cool, and for some people, it's one way to get a good night's sleep, but how much electricity does it consume? We gathered answers for you and here is what we found.

A fan's electricity consumption depends on its type. Here is the average power consumption of some common types of fans:

However, a fan's power consumption still depends on the manufacturer's specifications indicated in the packaging of the product.

Read on to know more about these fan types, how much electricity they consume, how much it costs to run them, and which among them is the most efficient. Let us also delve into what factors affect a fan's efficiency and how to reduce a fan's energy consumption. 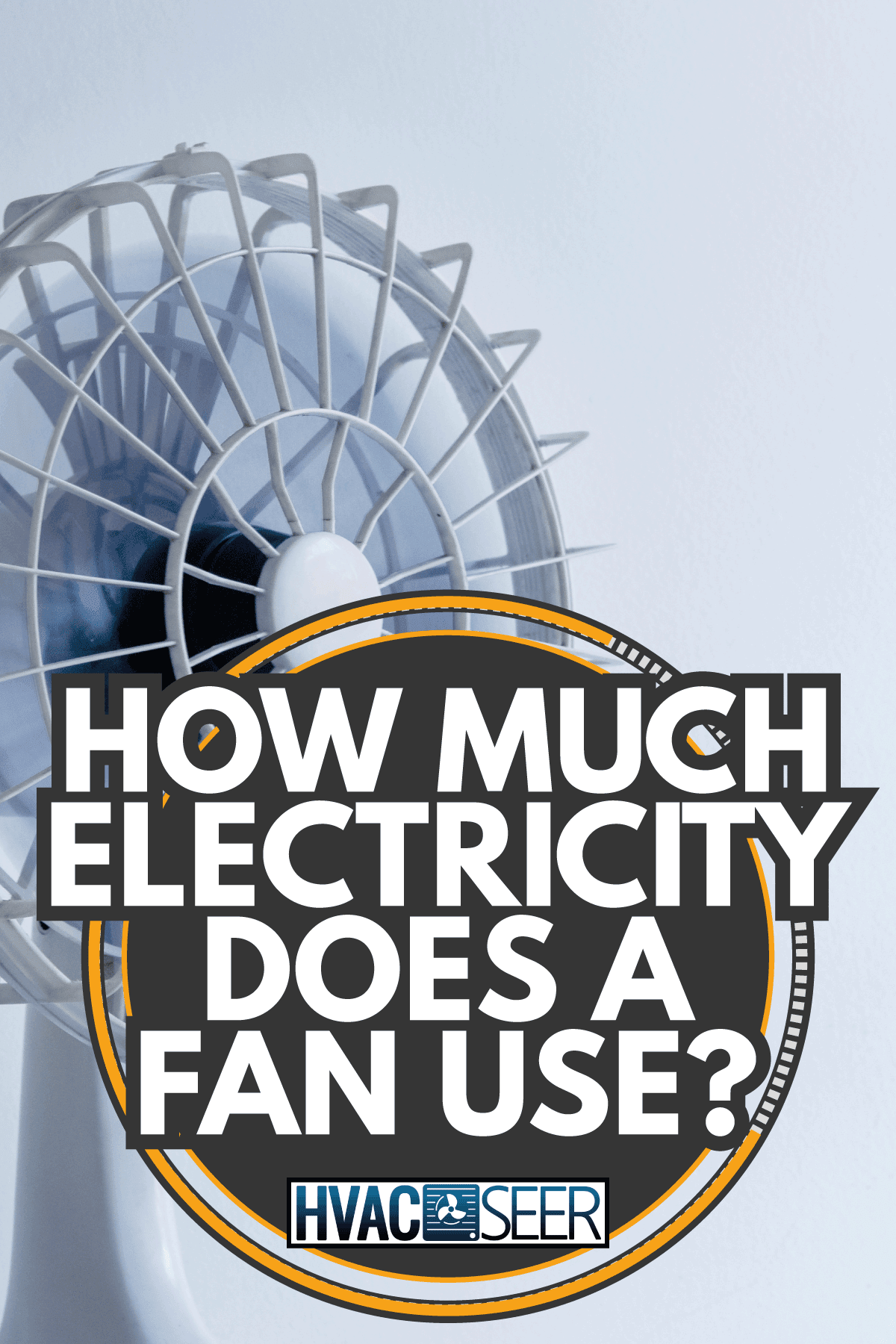 How To Calculate A Fan's Electricity Consumption?

To calculate, you first need to determine what is your fan's power based on the manufacturer's specifications.

If you already know your fan's power consumption, you can use this formula to calculate the fan's electricity cost per hour:

For example, if you have a 50 Watts ceiling fan and you're continuously running it for 24 hours, then the fan electricity consumption would be: 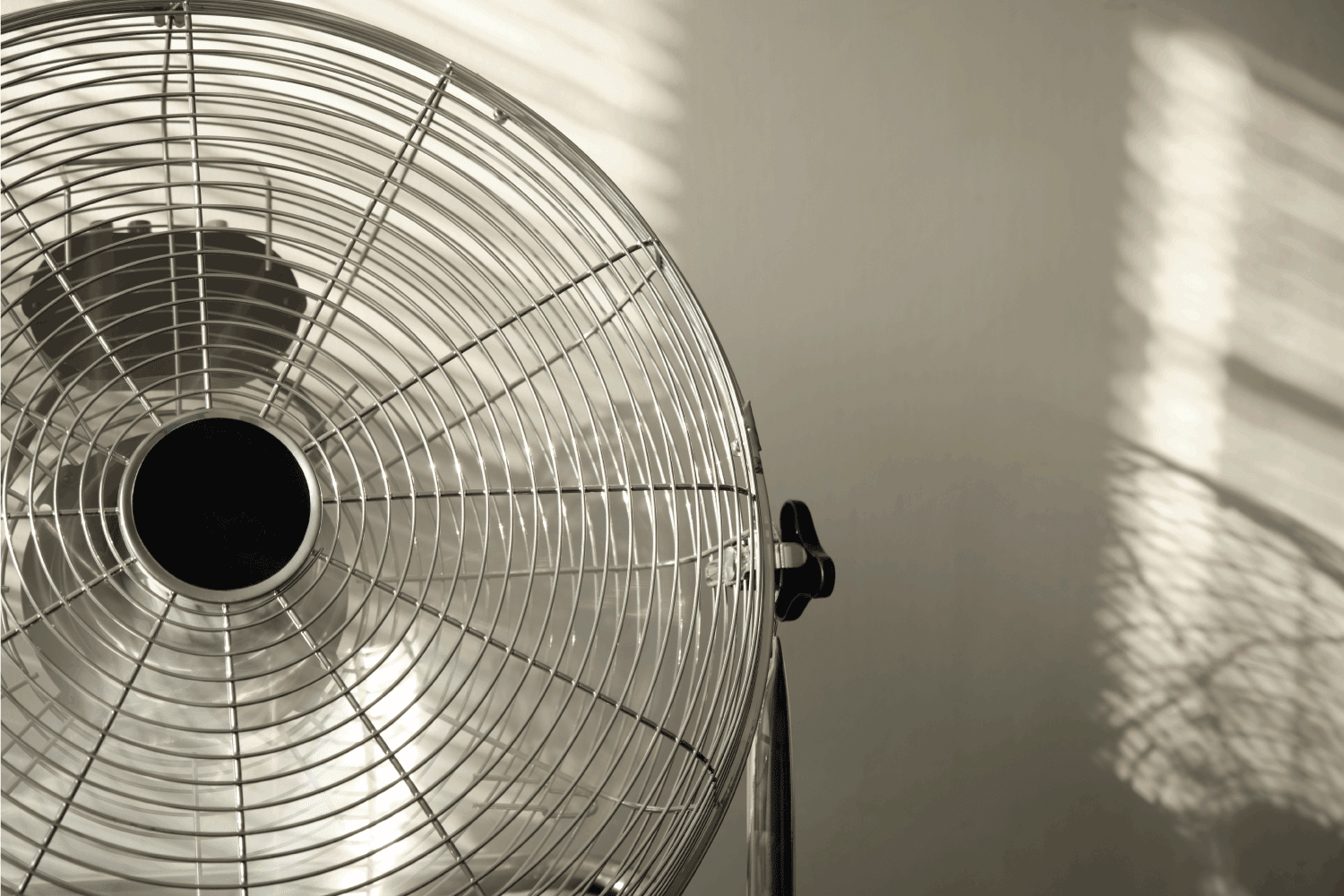 How Much Does It Cost To Run A Fan?

Depending on the type of fan you use, you can compute your fan's daily energy cost. You just need to know these three things:

Now, if you already determined these data, you can calculate your fan's power consumption cost by using this formula:

What Are Different Fan Types?

There is a variety of fan types. However, the most common fans used in households are: 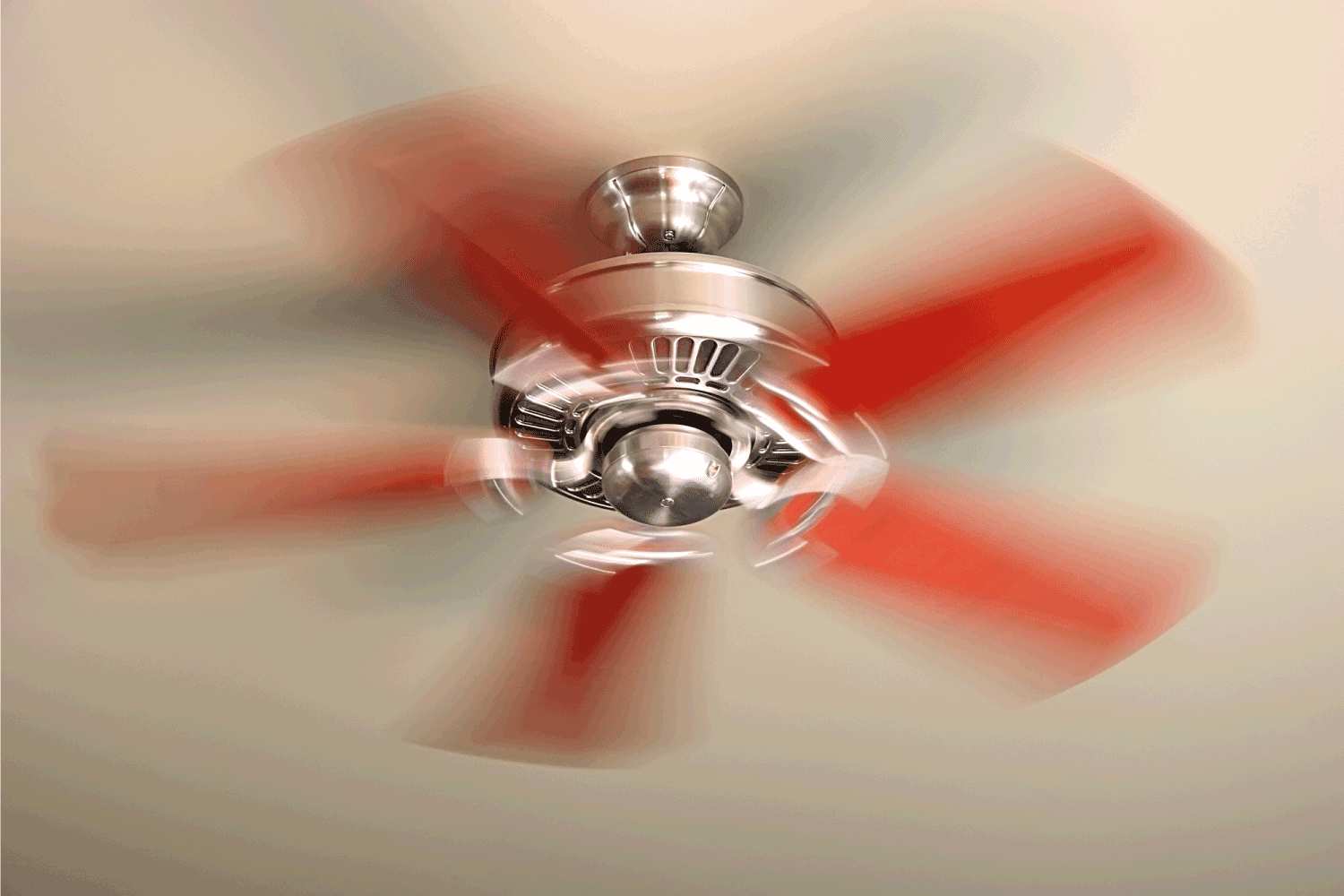 This is the most frequent and common type of fan seen in most homes. It is regarded as a mechanical fan that hangs from a room's ceiling and is usually powered by electricity.

Ceiling fans are usually made up of revolving hubs that help circulate and disseminate air evenly. Because ceiling fans are normally hanging from the center of the room, they evenly distribute air throughout the space or room. 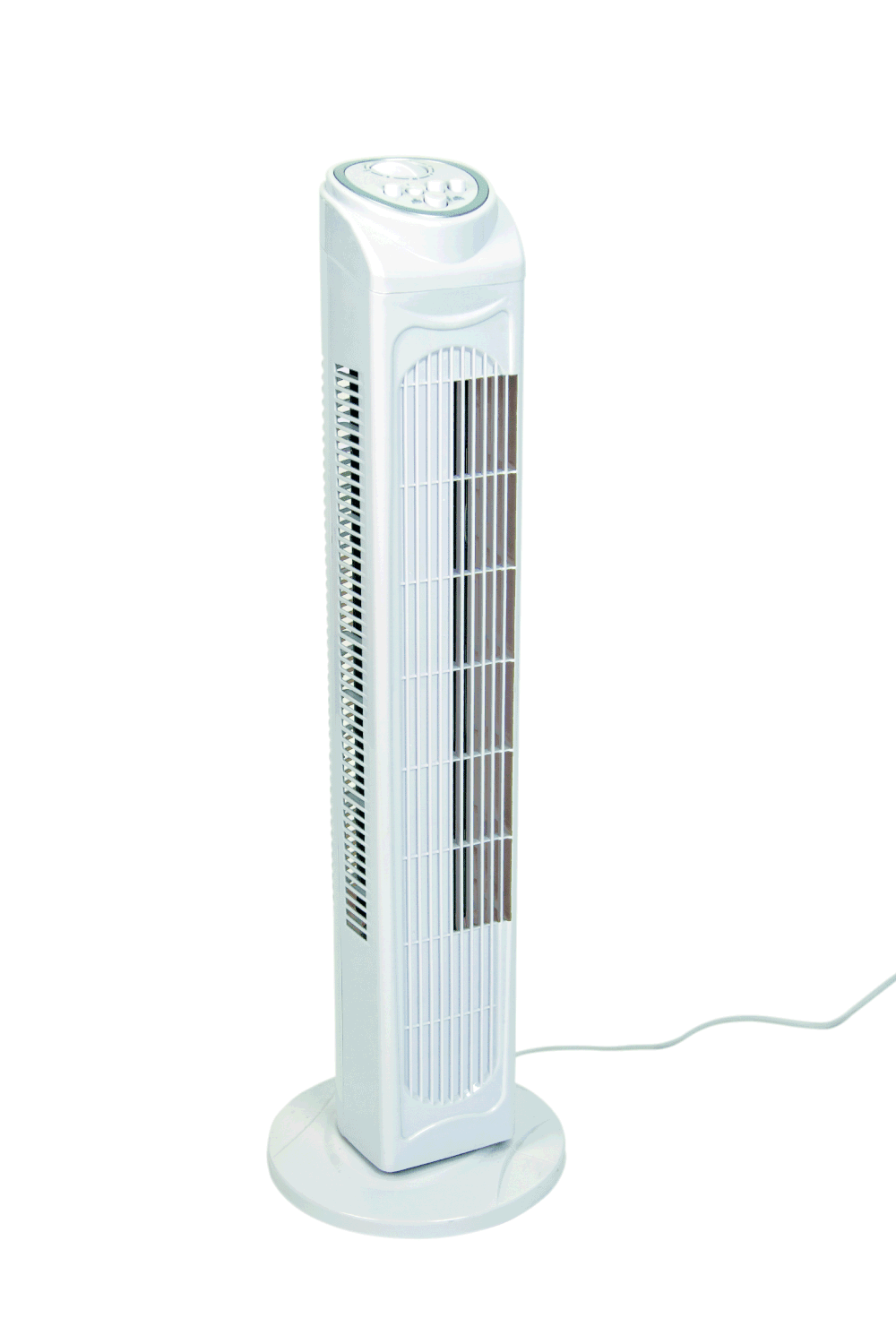 Tower fans are tall and slender. They are ideal for small and confined locations due to their design. These fans are powerful and quiet, making them suitable for use in bedrooms.

For the optimal type of air delivery mechanism, they have a simple fan mechanism consisting of cylindrical blades. Tower fans use less energy than air conditioners and merely circulate the air within.

Box fans are quite adaptable, as they may be used on the floor or in an open window or wall. To deliver fresh air, these fans constantly circulate indoor air.

Table fans can be placed on the table or the floor; all that is required is a hard, solid foundation. They are small in size, easy to operate, and extremely portable.

Electricity powers these fans and has a motor inside them. Many people favor table fans because of their cost-effectiveness, versatility, and durability.

Pedestal fans are also known as stand fans because they are extremely tall. They have an oscillation mechanism built in that considerably aids in the maximum dispersion and movement of air.

They're also extremely light and portable. They can be readily relocated and turned on by merely plugging the switch into the socket.

Window fans are appropriate for areas with limited space and/or floor space. These are made for small, cramped rooms with a low or high ceiling and no suitable wiring. These fans are space savers in addition to delivering powerful airflow.

Floor fans have a lot of power. They provide ventilation at ground level and are ideal for spaces where placing a fan on the wall or ceiling is not an option.

What Factors To Consider When Buying A Fan?

When purchasing a fan, there are several factors to consider for the fan to work at its best. These factors include:

What Factors Affect A Fan's Efficiency?

The measure of airflow produced per unit of electricity used to power the fan motor is frequently used to determine fan efficiency. Several design parameters influence the energy efficiency of a fan. When comparing and selecting fans, keep these factors in mind:

The design or shape of a fan's blades has a significant impact on its energy efficiency. Furthermore, some fan manufacturers use blade designs that prevent or eliminate dirt buildup.

In general, a machete blade is more efficient than a cloverleaf-shaped blade.

Fan motor efficiency can have a significant impact on the total energy efficiency of a fan and ventilation system, as well as its operational expenses.  Models with high-efficiency motors are available from some manufacturers.

Fan efficiency is also affected by its speed. As a fan's speed increases, so do the amount of air it can move. The amount of turbulence in the air passing through the fan increases, resulting in a drop in its efficiency.

How To Know If Your Fan Is Efficient?

To know if your fan is efficient, you must know its CFM. Simply put, CFM refers to how much air a fan moves. When the ceiling fan is set to its utmost speed, the volume of air and the pace at which it moves are both measured.

Among all common types of household fans, ceiling fans are said to be the most efficient with a CFM per Watt averaging 287.8.

How To Reduce A Fan's Energy Consumption?

To help in reducing your house's electricity consumption, you can do these with your fan:

Which Direction Should A Ceiling Fan Rotate?

During summertime, your ceiling fan blades should be adjusted to rotate counterclockwise. The air pushes down and creates a refreshing breeze when your ceiling fan spins swiftly in this direction.

This helps to maintain a room's temperature throughout the day, reducing the need for an air conditioner to run continuously.

During the cooler months, turn your ceiling fan clockwise at a low speed. Warm air rises naturally, and the mild updraft created by this setting allows warm air that tends to gather towards the ceiling to be redistributed.

How To Change The Rotation Of A Fan?

To adjust the fan's rotation, some fan models feature a little switch or pull cord, or your fan may have come with remote control. The fan app modifies the rotation of some smart fans.

Is It Okay To Use A Ceiling Fan And Air Conditioner At The Same Time?

Ceiling fans circulate air, allowing conditioned air to circulate throughout the room. This improves the amount of heat relief provided by the fans, allowing you to decrease your air-conditioning thermostat. 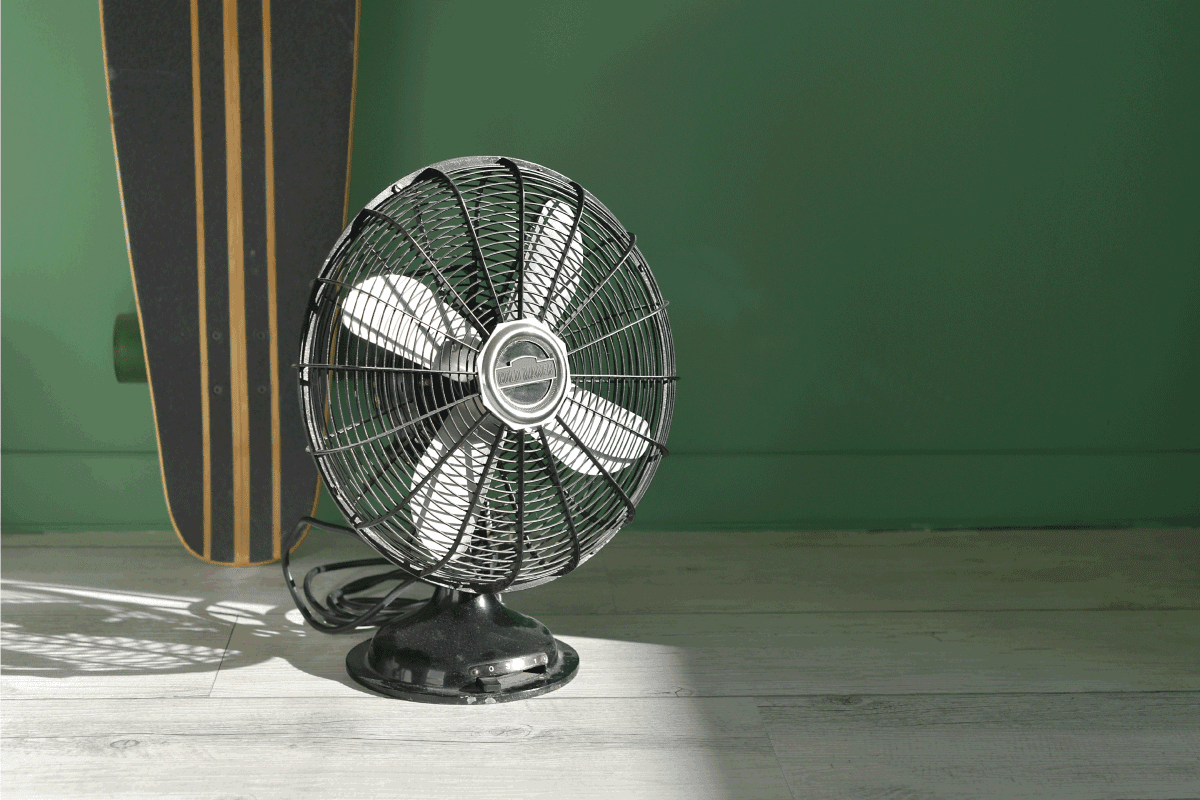 When buying products powered by electricity, power consumption is always one of the concerns. Fans prove to be an inexpensive but efficient way of cooling. Although they consume lesser energy compared to air conditioners, there are still several ways to reduce their power consumption.

Before you go, you can check this article if you want to know how much it costs to run a ceiling fan:

How Much Does It Cost To Run A Ceiling Fan?

And if you are having problems with your fans, you can read these articles:

Lost Ceiling Fan Remote – What To Do?

Ceiling Fan Not Working On All Speeds – What To Do?

What Is The Ideal Temperature For In-Floor Heating?

What Size And Type Of Wire For 200 Amp Service Underground?

How To Clean A Coleman Mach AC [Inc. Filter]

Dyson Vs Shark Air Purifier: Which Is Better?