Are you thinking about getting a Dyson fan for the summer, but you're concerned about how it will affect your electric bill? You've come to the right page! We've done the research regarding the electric consumption of Dyson fans and how much they'll add up to your energy cost and here's what we found out.

Dyson fans don't use up a lot of energy when you use them on cooling mode. They have a power consumption of around 36 to 44 watts, which means the energy cost is only about $0.04 daily or $1.28 monthly.

Hang on because we'll tell you more about Dyson fans and how much it'll cost you to run them in your home. We'll also answer if they really cool the air around you, if they're safe to use all night, how long they last, and if their heater function is expensive to run. 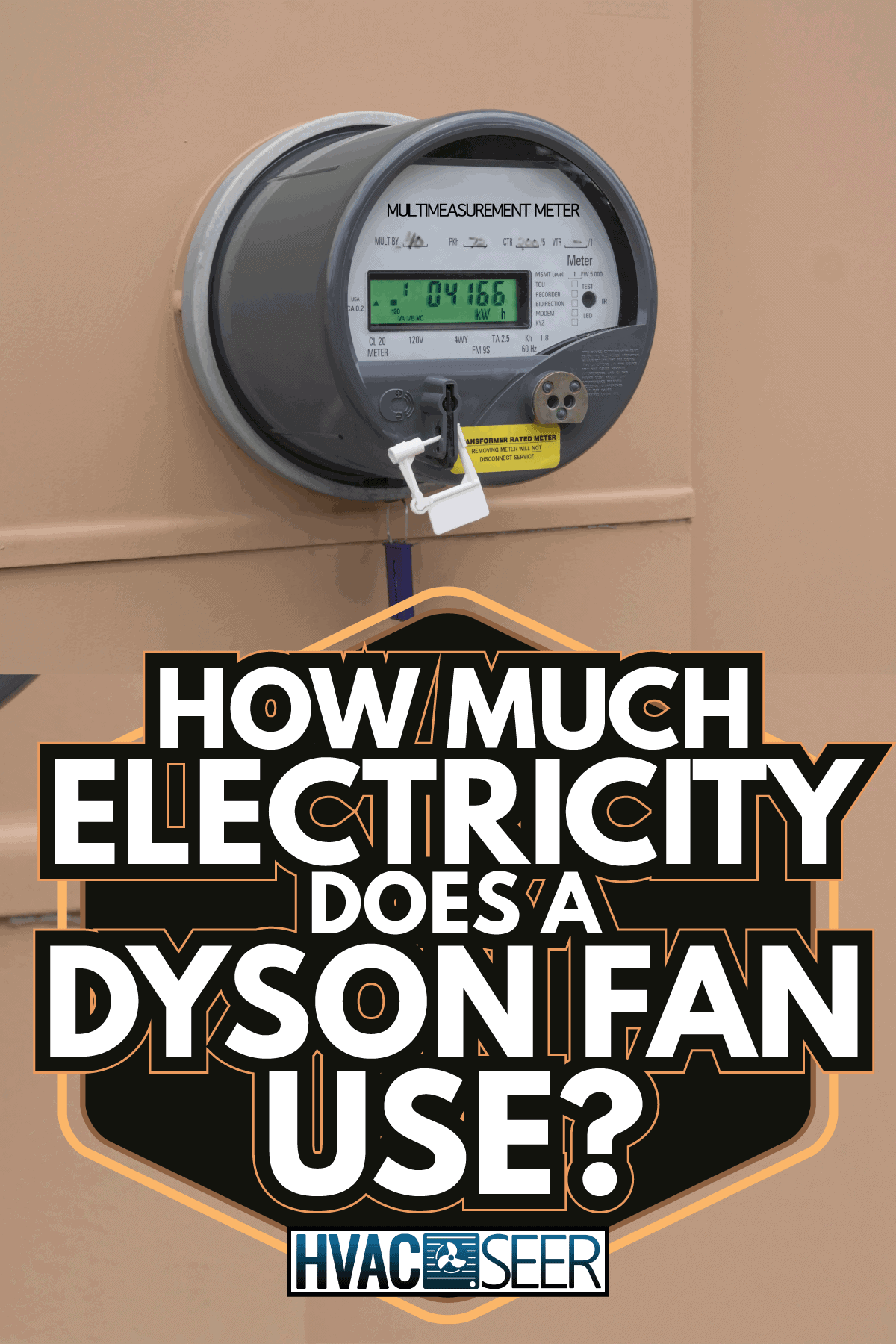 There's a whole range of Dyson fans and they will all help purify the air around you while keeping you cool. They are said to be 99.97% effective in removing pollutants in the air. Some fans also come with a humidifier or heater function making them useful all throughout the year.

These fans have a modern look and advanced features. Their bladeless design and cooling loop instantly set them apart from regular fans in the market. But some people are hesitant to buy a Dyson fan because a high energy bill might come together with its elegant style.

On the contrary, Dyson fans have a modest electric consumption. They are engineered to provide powerful air treatment using less energy. Regular fans are even more expensive to use than these purifying fans. For example, the most common wattage for tower fans is around 45W to 60W. Meanwhile, the Dyson Pure Hot+Cool fan only needs 36 to 44 watts when it's on cooling mode.

If we take their average values, we'll get 52.5W for an ordinary tower fan and 40W for a Dyson fan. To calculate the energy cost, we multiply the fan's wattage by the number of hours that you use it per day. Divide the product by 1000 then multiply that value by the kWh rate in your area.

Some even say you'll be able to save more than half the amount of energy bill when you use a Dyson fan compared to a regular fan. (This is good news especially since these fans aren't cheap at all.) Well, Dyson hasn't published the power output of their fans so we can't really say for sure if our computation is accurate.

Of course, the energy cost will depend on the model, its wattage, and the speed setting. For example, the Dyson AM07 Tower Fan is said to use 10% less power than the AM02 model. This means you'll save more on energy costs when you get this model. It is also more economical to use an airflow setting at 5 compared to when you use the maximum 10.

Check out this Dyson AM07 tower fan on Amazon.

Is A Dyson Heater Expensive To Run?

Dyson also has a range of purifying heating fans. They have the added feature of being a heater which is very convenient during cold weather. According to reviews, their heater function works great and is indeed effective in keeping you warm and toasty even when it's chilly outside.

A Dyson heater can efficiently heat a room with a size of 1,200 sq ft in a short amount of time. You can also control the temperature, direction, oscillation, and flow speed of this space heater according to your needs.

However, this power comes at a great price. Its electric consumption when it runs in maximum heat setting is 33% greater than regular space heaters. Their rated power when heating is 1500 watts.

This means that Dyson heating fans are not economical and energy-efficient to use especially in rooms that aren't insulated such as your garage or attic. It is more practical to choose a regular space heater (one that doesn't perform different functions) to get the job done for a fraction of the cost.

Is It Safe To Leave A Dyson Fan On All Night?

There are some studies that tell us that we shouldn't use fans all through the night because they have adverse health effects. These include muscle cramps and drying of your skin, throat, nose, and mouth. It is due to the drier air around the room.

Sleeping with a fan on may also trigger your allergies. The air that's circulating can contain dust particles and other allergens.

However, users of Dyson fans would be glad to know that they can avoid these negative effects on their health. Dyson fans help purify the air inside a room by removing harmful gases and odors. They can effectively capture pollutants and allergens in the air such that those with allergies and hayfever report feeling better in the morning when they use a Dyson fan at night.

Dyson fans are safe to use all night if you want to keep cool while sleeping. Dyson has complied with international safety standards to protect its consumers. As a safety feature, their fans come with a Night Mode and Auto Mode.

These features will reduce the fan's airflow speed to within 1 and 4 settings. This way, the fan will also operate more quietly and won't disturb you while you're sleeping. It will also stop purifying the air once it has detected that there are no more pollutants. You may also set a timer when you want the fan to turn off.

For those Dyson fans with a heating function, they also come with their own safety feature. You can set your desired temperature and once this is achieved, the space heater will automatically stop producing heat.

Of course, it is important to note that you follow the instructions in the user guide. Dyson fans should only be used indoors. Make sure that your fan is in good working condition so that it is safe to use anytime.

The answer to this question requires an understanding of the purpose of fans and how they work. The main function of an electric fan is to move the air around. It helps circulate the air better and as it does so, the interior temperature is more regulated. It brings fresh air in and pushes stuffy air away.

A fan blows the heat away from your body which makes you feel cooler. It increases the rate of evaporation on your skin so you don't perspire as much. Thus, you feel more comfortable despite the hot weather.

Some might be wondering how Dyson fans are able to do it when they don't have any visible rotating blades like regular fans. Well, they have a brushless electric motor at the base or pedestal. This is the one responsible for taking in the air and then releasing it into the fan's circular tube. As air goes out from the slits along the tube, it creates a steady breeze.

Dyson also boasts of its powerful Air Multiplier technology that makes it capable of delivering more than 77 gallons of smooth airflow per second! It also has 2 modes of airflow to allow it to pull fresh air into the room and push stale air out.

However, Dyson fans, along with other fans, do not really cool the air. They don't have any mechanism to help lower down the temperature around them. This is how they are different from air conditioners, which actually make the air cooler.

How Long Do Dyson Fans Last?

The life expectancy of a given product would depend on different factors so it's hard to give a definite answer to this question. The quality of workmanship, frequency of usage, and how it is used all play a vital part in determining how long a product will last.

Dyson offers a two-year limited warranty for its fans. It covers defects in the fan's components and workmanship that affect its performance. This is fair enough although there are fans in the market with longer coverage. At least, you're guaranteed service and replacement in case something goes wrong within 2 years after purchasing a Dyson fan.

This is also where reading about customer reviews helps a lot. You get to read about other buyers' experiences regarding the product. Look for those who purchased the fan years ago not just those who bought their units recently. Based on the reviews on an online retailer's website, Dyson fans seem to work great even after years of use.

Dyson also recommends proper handling and maintenance of their fans. Always follow what's written in the operating manual to make sure that your fan lasts a long time. This will make your investment worth it considering that these fans come with a rather hefty price tag. 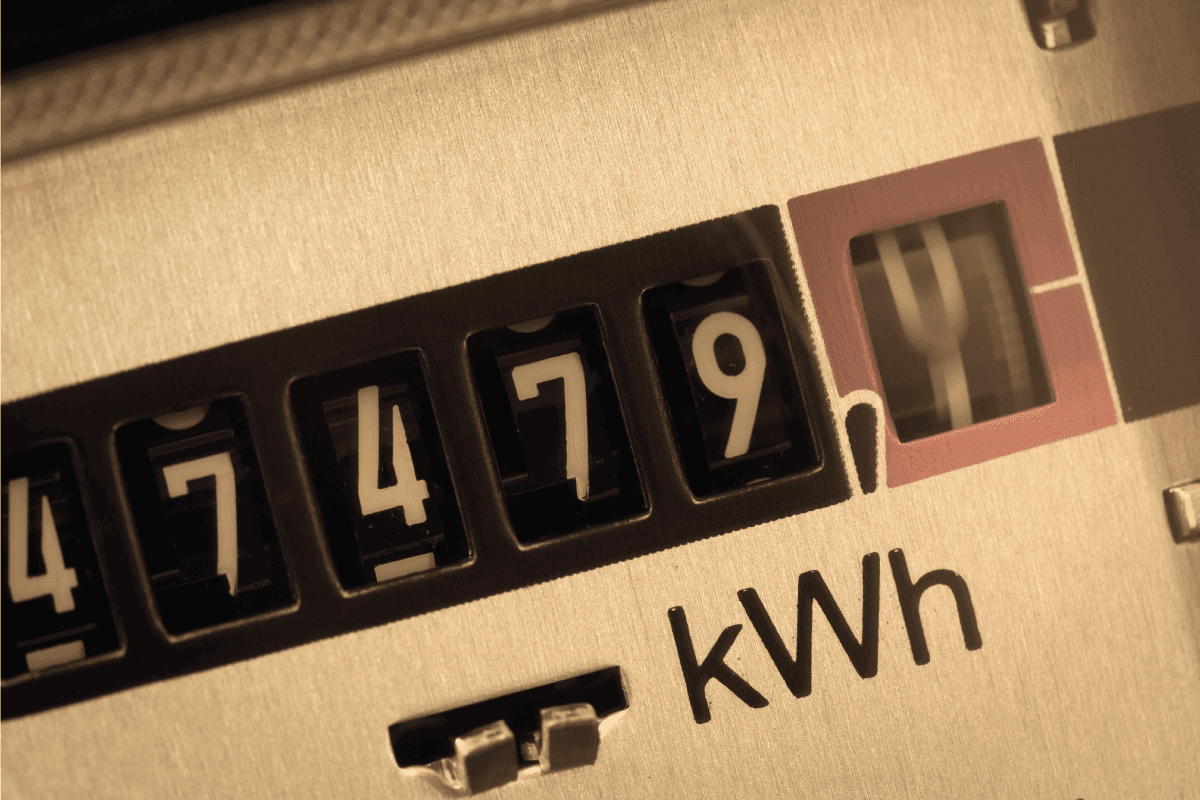 Dyson fans are a cool fix to your summer woes that won't hurt your pocket when the bill comes. You even enjoy the added bonus of having the air purified and they come in such a neat design, too!

For some related reading regarding Dyson fans, you can visit the following posts:

Does A Dyson Fan Cool The Air?

Can A Dyson Fan Replace An Air Conditioner?

How Warm Can a Pool Heater Get a Pool?

Water Pipes Above Electrical Panels – Is It Safe? What You Need To Know!

What To Do With Excess Line Set?

How Many Roof Vents Do I Need?

How To Clean Coway Airmega