A chimney can provide comfort during the winter, but it can also be a source of headache. If you are looking for information on how to block your chimney off either temporarily or permanently, this article is for you. We have researched this topic thoroughly, so you don't have to do the legwork.

You can block your chimney off by following these steps:

Blocking off a chimney is not as simple as it may seem, but with the right tools and knowledge, you can do it without any difficulty. Keep reading as we explain each step of the process. 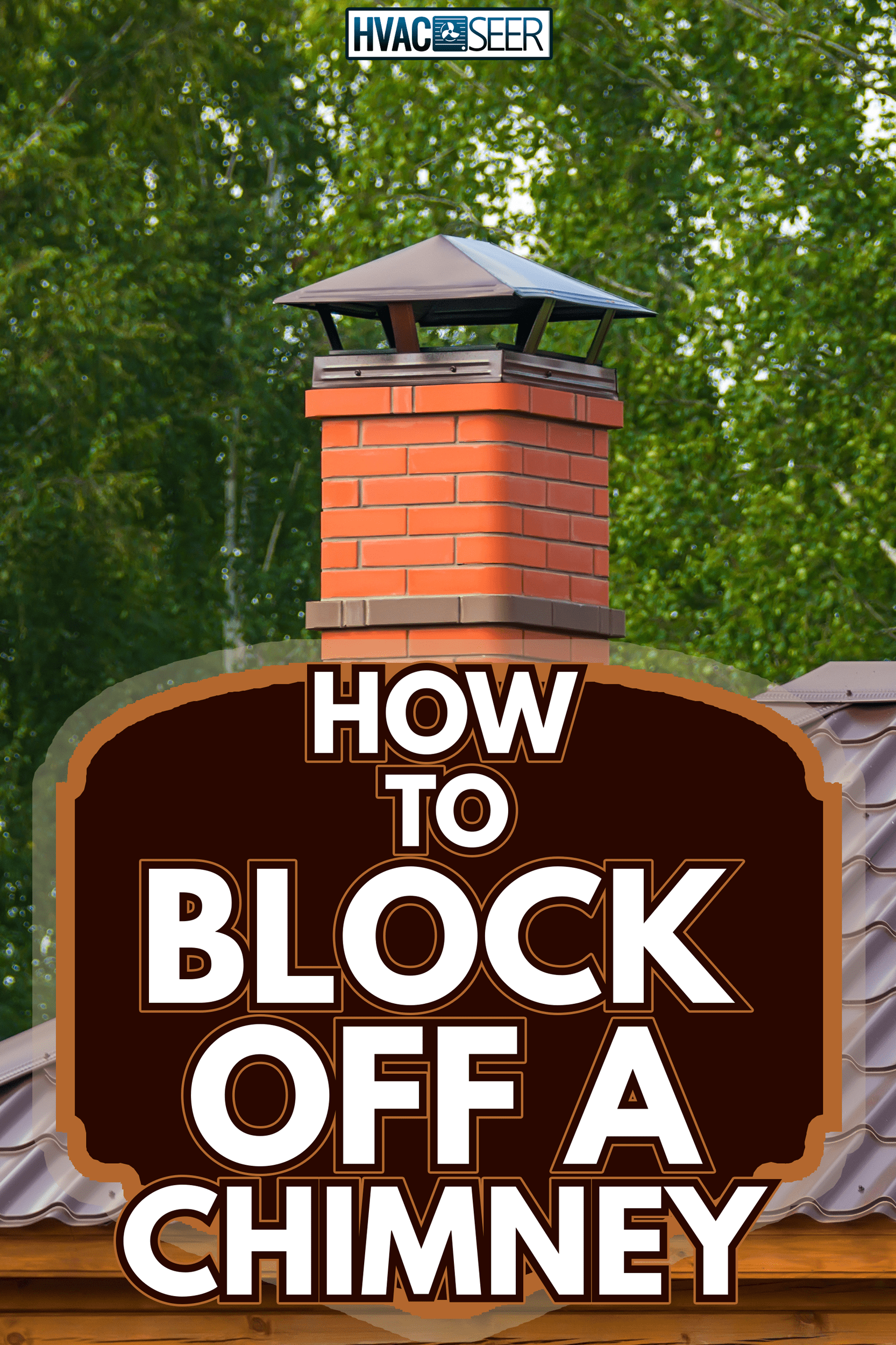 Blocking Off a Chimney: Step-By-Step Guide

The maintenance cost of a chimney is not a joke, so blocking a chimney off can be the most reasonable thing to do, especially if it is not sustainable anymore. Below is our guide on how to block off a chimney. Go ahead and check it out.

Cover the top of the chimney with a chimney cap 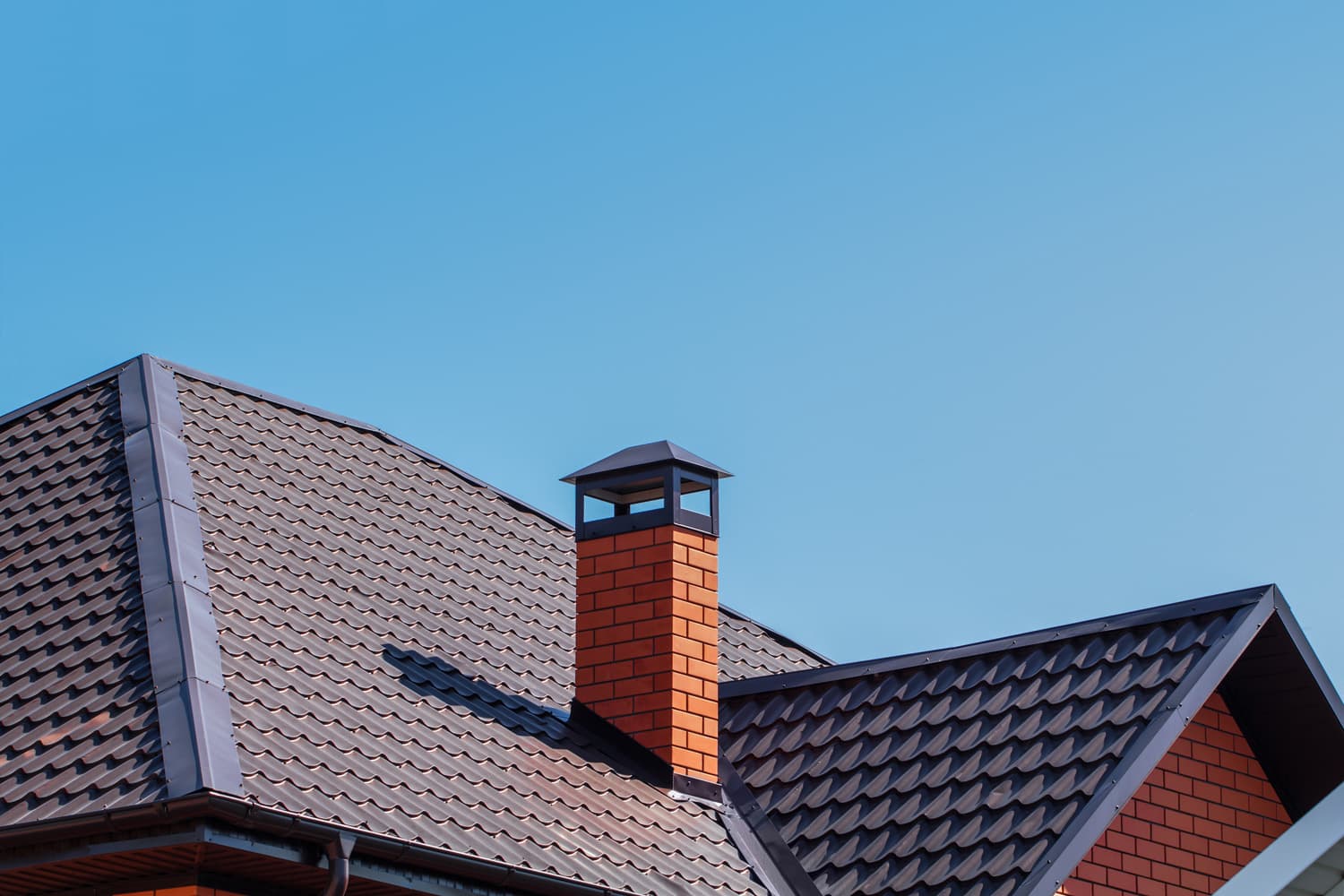 A metal chimney cap keeps the elements from entering the chimney. It will also help prevent sparks from coming out of the chimney and spreading to the roof, especially during summer.

The scorching summer heat can potentially trigger a spark on the accumulated creosote (a tar-like byproduct of combustion), and it may set off a fire.

The metal cap should have an expel mechanism to release moisture, so a chimney cap with a vent is recommended.

Regular metal caps are the preferred choice for homeowners who want to temporarily block off their chimneys, while vented metal caps are most suitable for permanent closure.

Click here to see this vented chimney cap on Amazon

Why should moisture not be allowed inside a blocked chimney? 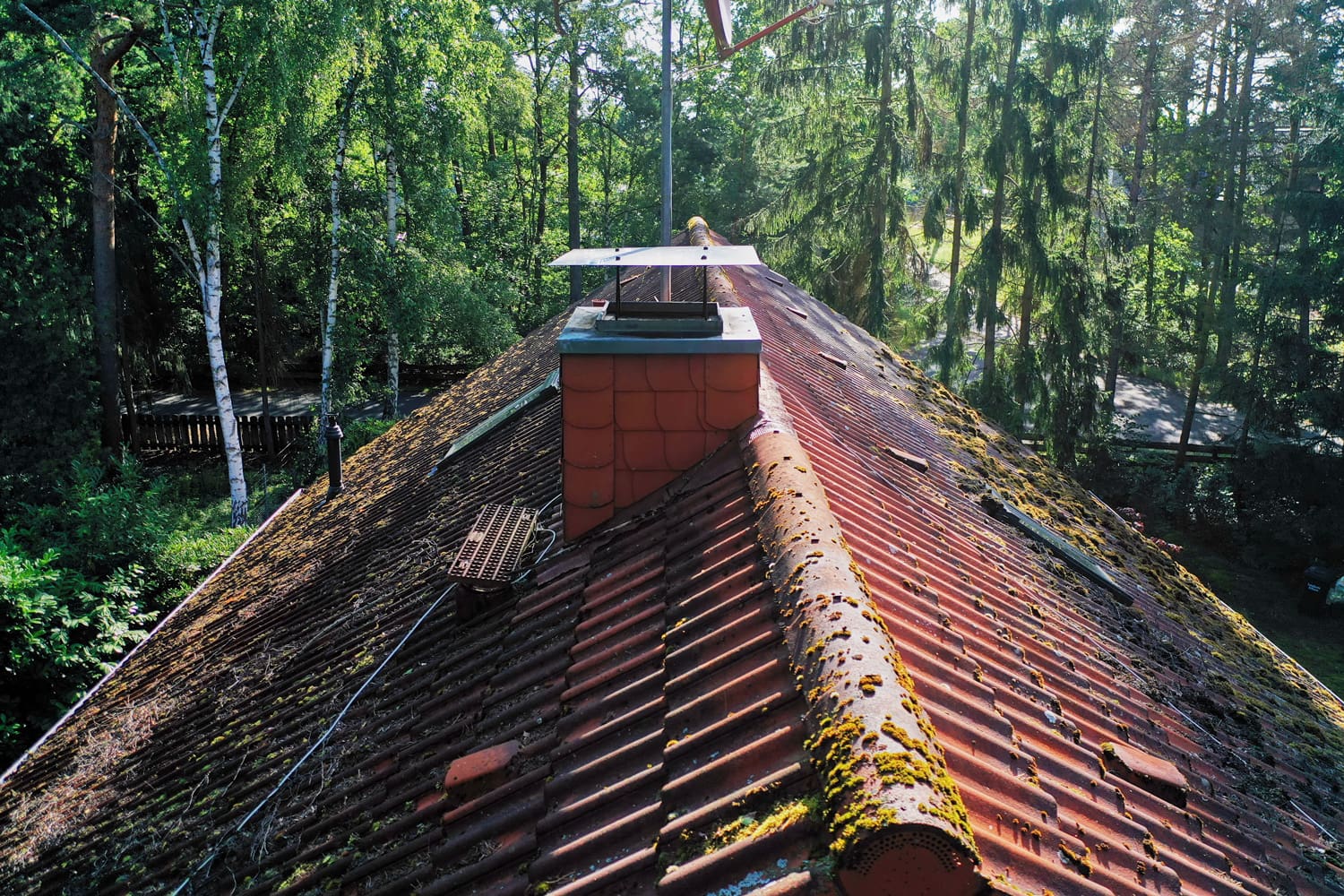 During winter, frost may form on the metal cap if moisture moves upward from the bottom of the chimney and settles on the cap. The chimney must be allowed to breathe in order to minimize if not avoid frost formation around the metal cap.

Additionally, the unending cycle of freezing and thawing will eventually cause the cap to crack, leak, and eventually break. This is the gist behind keeping the chimney moisture-free.

Metal caps are available in different sizes, so you can choose one that fits the size of your chimney. Some chimney caps are installed with a draft inducer to direct warm air up the chimney and out the top.

Insulate the bottom of the chimney

The bottom of the chimney should be insulated to prevent cold air from entering the house and causing the temperature to drop. When a temperature drops, the house's heating system needs to work overtime to keep the interior warm.

The harder the heater has to work, the more energy the heater will expend, and the higher your electric bill will be.

How to insulate the bottom of the chimney

There are two ways to insulate the bottom of the chimney. One is to set up an inflatable chimney plug, while the other is to install a foam installation plug. The latter is used if a chimney is to be permanently blocked off, while the former temporarily covers the bottom. 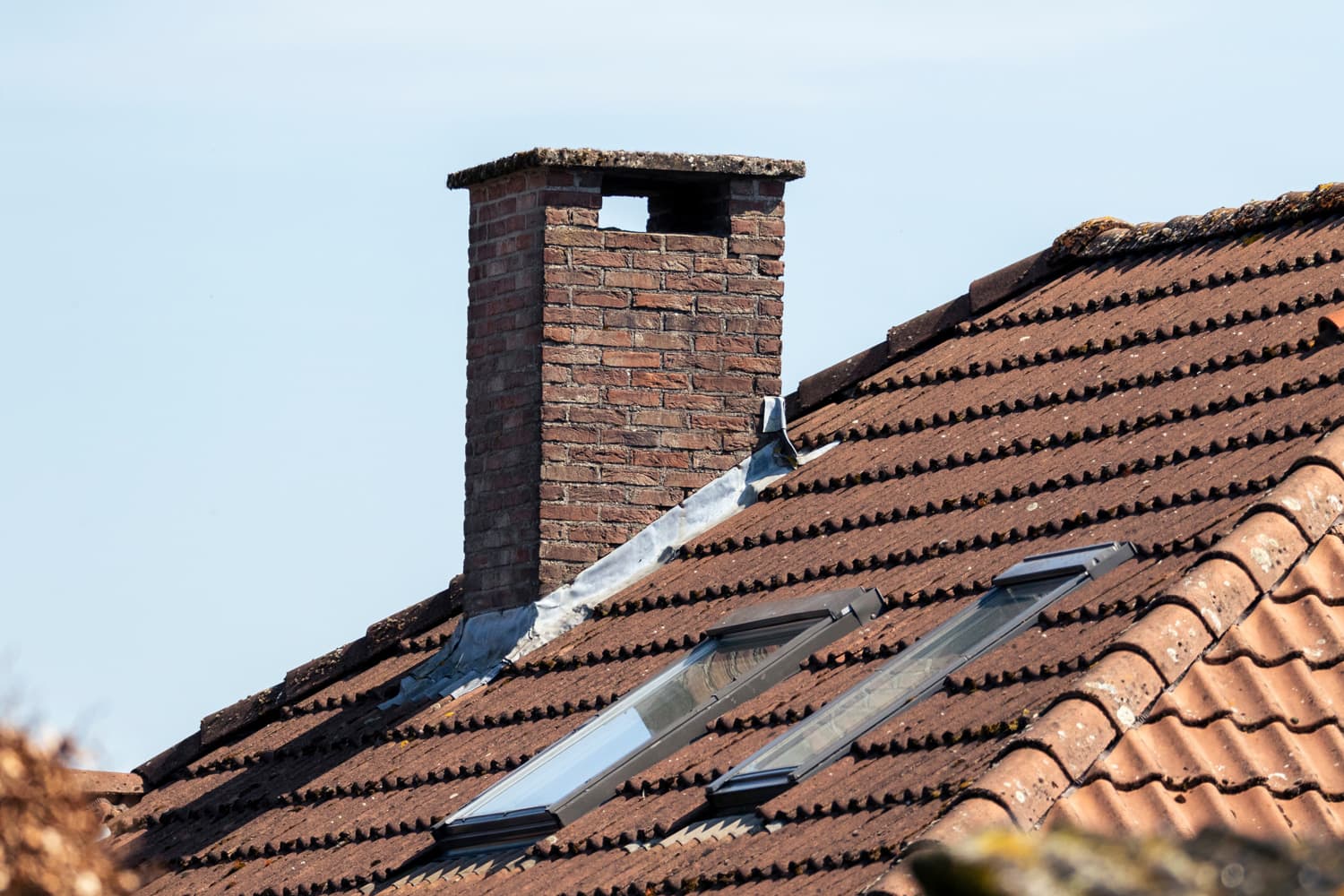 A cleanout is the opening in the wall that allows the chimney to discharge smoke and gases. Cleanouts are usually located in the basement, but some are outside the house.

It is important to seal the cleanout to prevent toxic fumes from entering your home through the basement. If your cleanout is located outside, sealing it will prevent the harmful residue from polluting the environment.

To seal the cleanout, you will need to caulk the opening. Caulking is the process of applying a think, resilient sealant to cracks and crevices to prevent air and moisture from seeping through.

Make sure that the cleanout is completely dry and clean before sealing it.

Click here to see this caulk sealant on Amazon

Why You Should Block Off Your Chimney

An unused chimney is a perfect place for birds to build their nests. It is also a good place for insects to lay their eggs and for non-paying tenants like rodents to breed.

In addition, the accumulated grime and soot in an inactive chimney can become a source of pollution if it is not cleaned regularly. This can cause a number of health problems, especially respiratory issues.

Why You Should Not Block Off Your Chimney 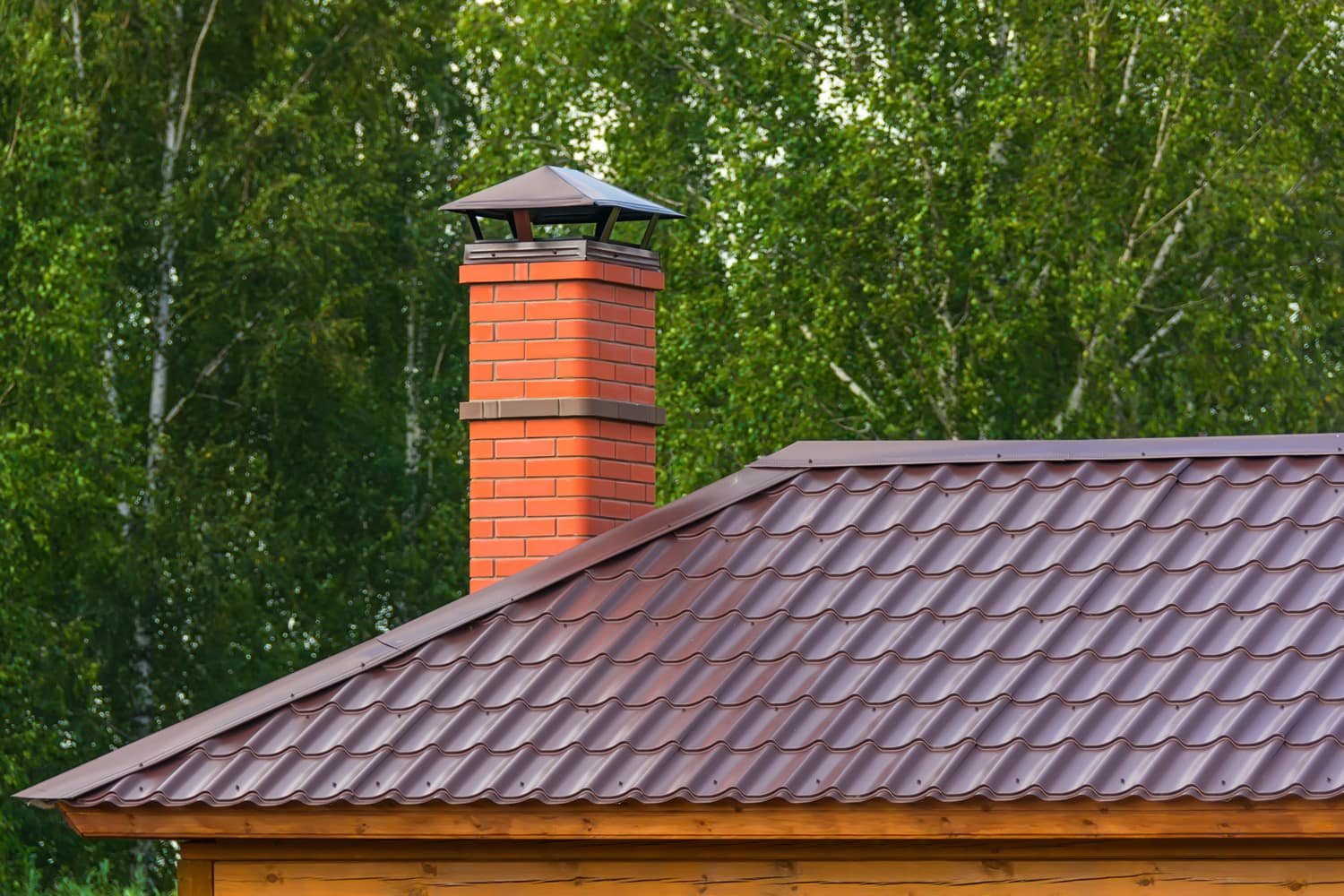 Blocking off a chimney may be a good idea if you don't want to deal with its upkeep, like cleaning and other related maintenance costs. But is it really a good idea in the long run?

The problem with a completely sealed chimney is condensation. Condensation happens when cold air comes in contact with the warmer air inside the chimney, and then both begin to cancel out.

As the temperature cancels out, the water vapor in the air condenses. The result is that water drips from the flue to the bottom of the chimney.

A good example is an air conditioner. If the air conditioner is on, you may see puddles of water on the floor right below the unit. These are signs that moisture is condensing out of the air.

What can condensation do to your chimney?

Water on the inside of the chimney can freeze during winter and cause it to crack and crumble. This will eventually lead to an inflow of water into the living spaces below, which is a disaster waiting to happen. This is why it is important to regularly check the condition of your chimney.

If you notice any water damage, have it inspected by a professional as soon as possible.

How to Temporarily Block Off a Chimney

The most common method for temporarily blocking off a chimney is using an inflatable fireplace plug. This portable solution is user-friendly: simply position the plug inside the fireplace and pump some air into it until it is inflated enough to block off the opening.

Should you decide to open the chimney again, simply deflate the plug, and you're good to go!

Additionally, you can have a glass fireplace door installed in the fireplace's opening. This is a great way to add an interior design element to your home.

How to Permanently Block Off a Chimney 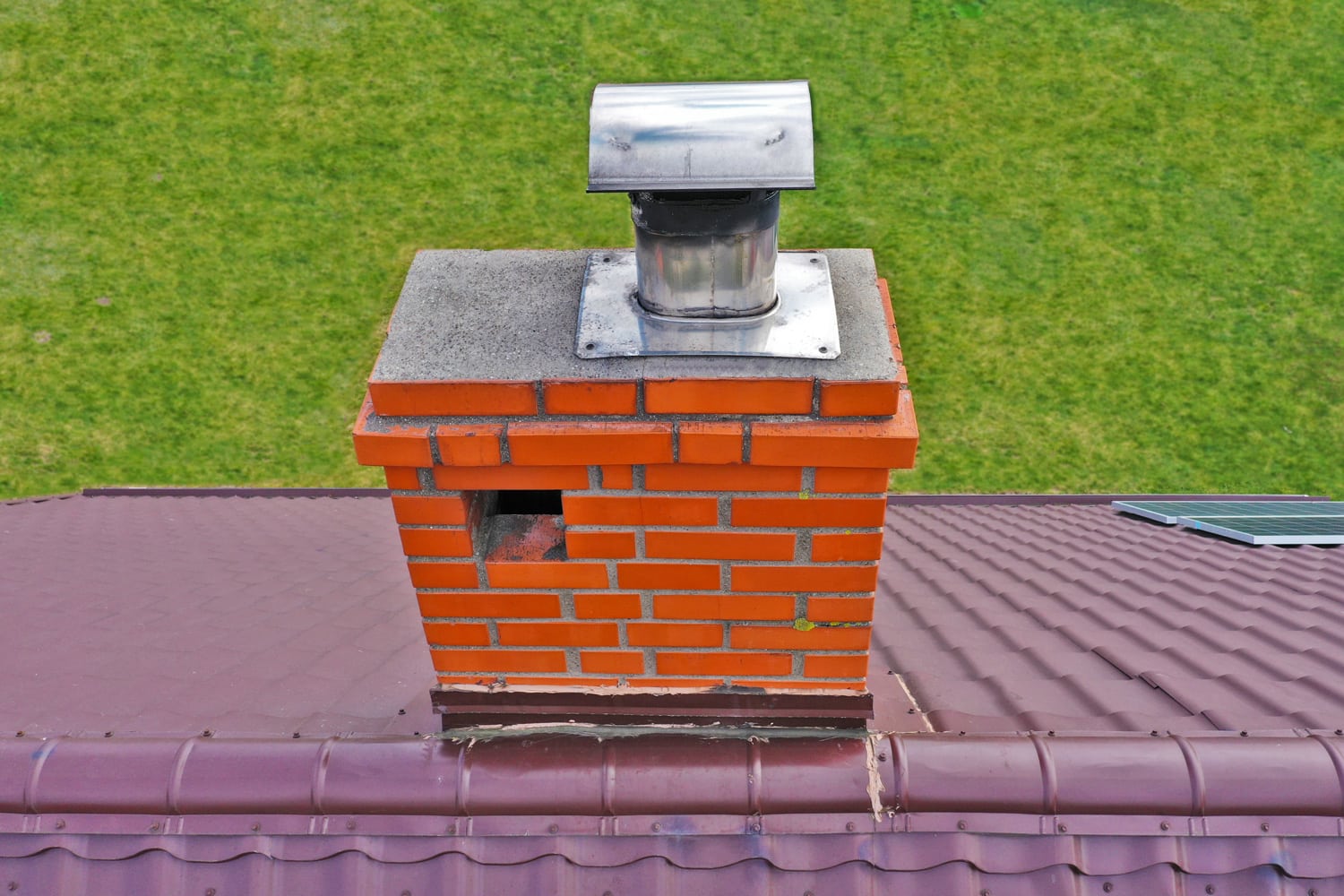 If you want to totally block off your chimney and ensure that it will never be used again, then you can have it eliminated completely either by tearing it down or by drywalling and sealing the opening of the fireplace with bricks.

Click here to see these insulating firebricks on Amazon

How Much Does it Cost to Block Off a Chimney?

The cost of blocking off a chimney varies widely, but you should look into the job order if it goes beyond $2,500 and talk with your contractor about your options. Some chimneys are blocked off by a simple cap, while others require more involved work.

In other words, the cost will entirely depend on how you want your chimney to be blocked off and whether you're interested in a temporary or permanent solution.

A chimney cap looks like a small roof that is set on top of the chimney. Caps are mostly made of either steel or copper.

How to Set Up a Chimney Cap

Incorrect installation of a chimney cap can result in damage to the chimney. In fact, a small crack in the flue or chimney liner can make a big difference in the long term and can potentially lead to carbon monoxide poisoning. 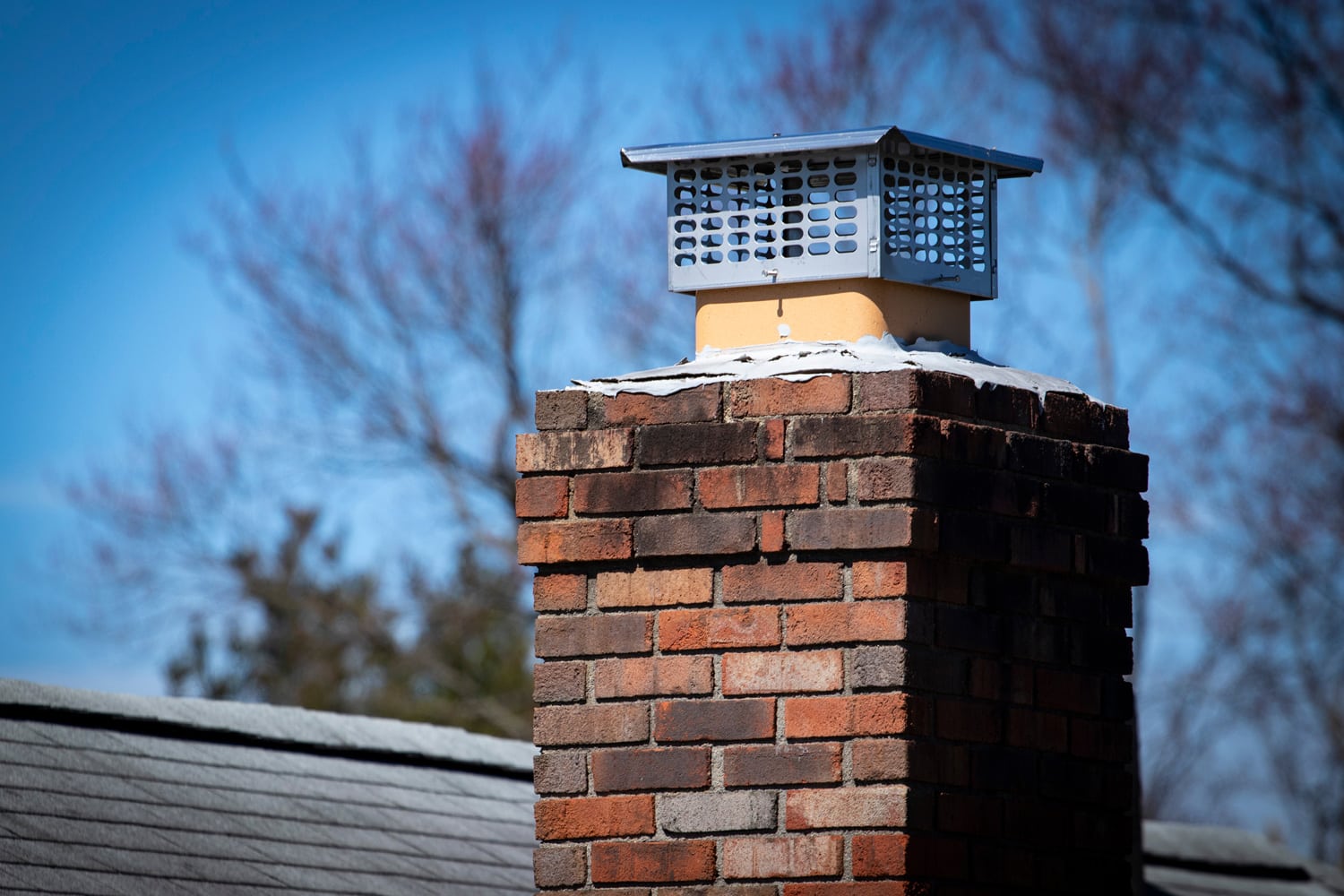 Blocking off a chimney is a big decision to make. Regardless of the reason that you want your chimney blocked, we want to make sure that you do it right. This is why we took the time to research this post—so we could provide you with the best tips to help you make the most informed decision.

You may also find these supplemental articles helpful:

Is Chimney Soot Flammable? What Homeowners need to know

Do Pellet Stoves Smell? [What You Need To Know]

Water Pipe Sticking Out Of Wall – Can I Remove It Or Cover It?

What Size Duct For A 3 Ton Unit?

Lennox Air Conditioner Vs. Rheem: Which To Choose?

Why Is My Window Air Conditioner Leaking Water?