Closing off some HVAC ducts may help distribute air to areas around the house that need improved airflow. So, depending on your house's airflow, you might be considering doing so. But how do you close off an HVAC duct? We did the research for you, and here's what we found.

Homeowners can use built-in opening and closing mechanisms on vent covers to close their HVAC ducts. If air is still leaking from the vent, the following steps can provide a better seal:

It’s ideal to only try to close an unused HVAC duct and vent. There might be some bad results if you seal off ductwork and vent openings that are being used. Keep reading as we talk about the safety hazards related to sealing HVAC ducts. We’ll also tackle the steps to sealing your home’s unused ductwork in greater detail. 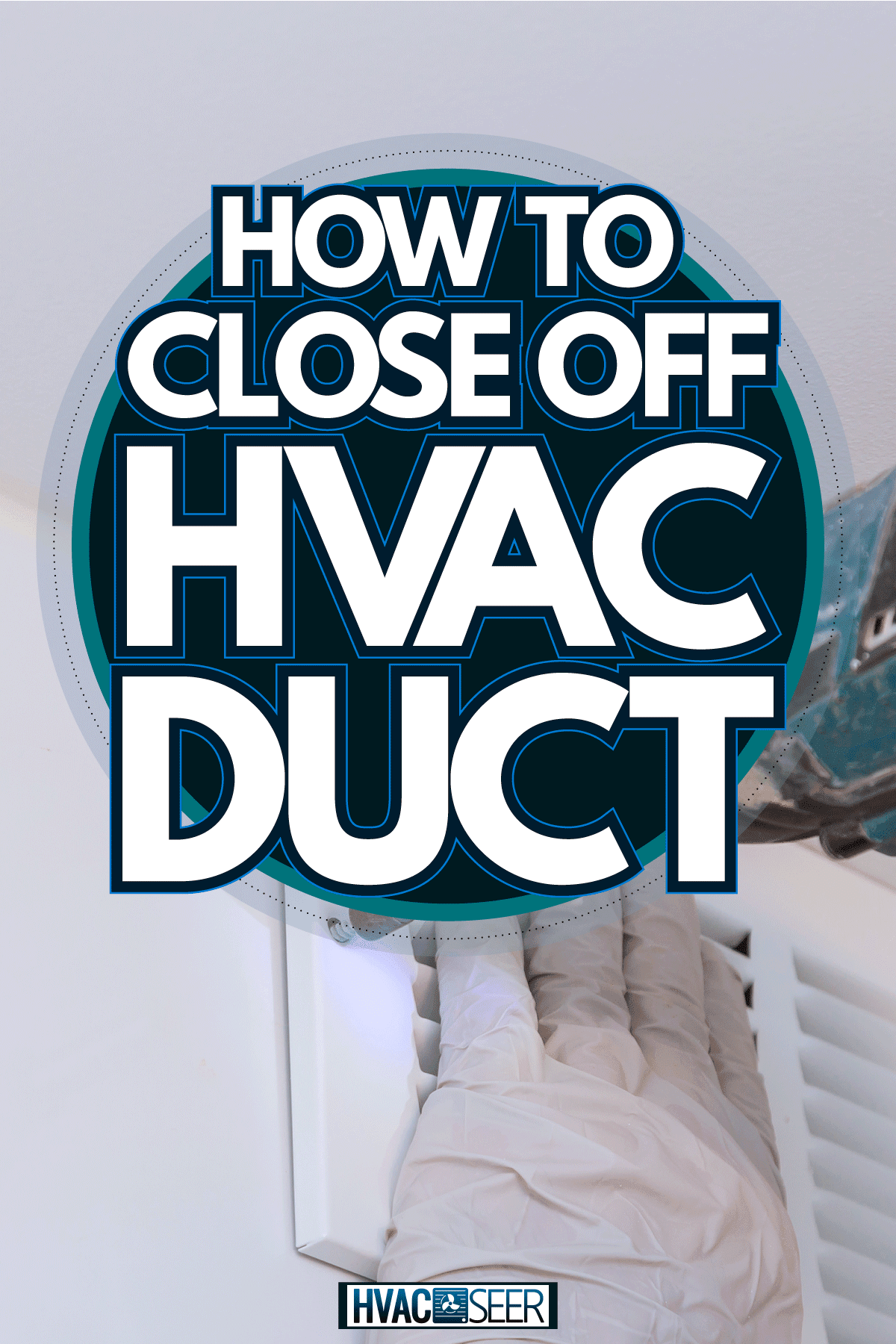 Is It OK To Cover An HVAC Duct? 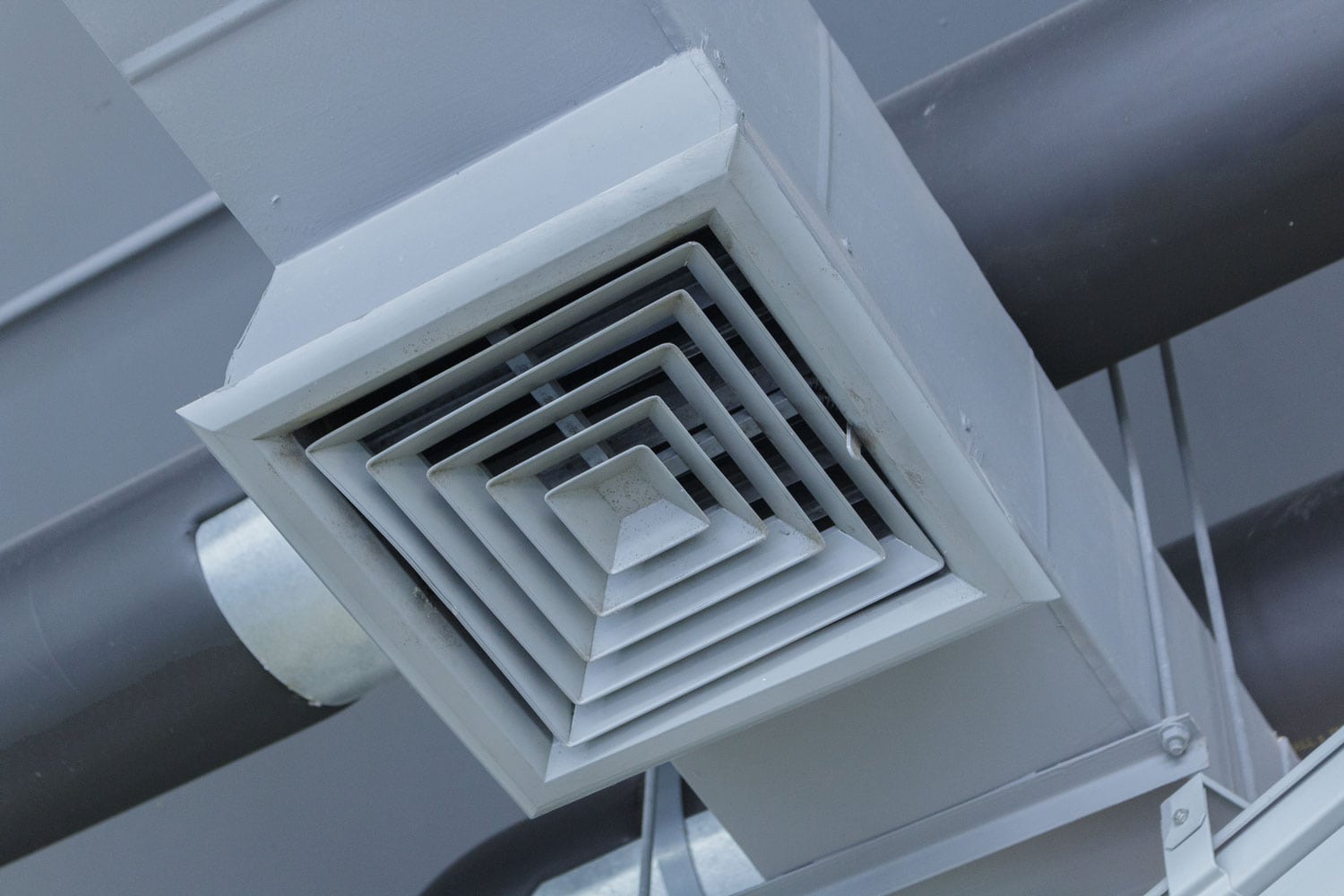 Generally, it’s not ideal to shut an HVAC duct permanently. Doing so may result in problems like increasing the risks of plumbing pipes freezing.

Also, low airflow can build up around the vents, leading to increased pressure on the heat exchanger. If left unchecked, this can lead to an increase in carbon monoxide emissions in the house.

If you want to cover an HVAC duct for extended periods, make sure that you’re not closing it all the way. Instead, aim for an enclosure that won’t exceed about 75% of the duct’s pathways.

Learn more about shutting ducts and vents by watching this short clip:

How Do You Seal Unused Vents? 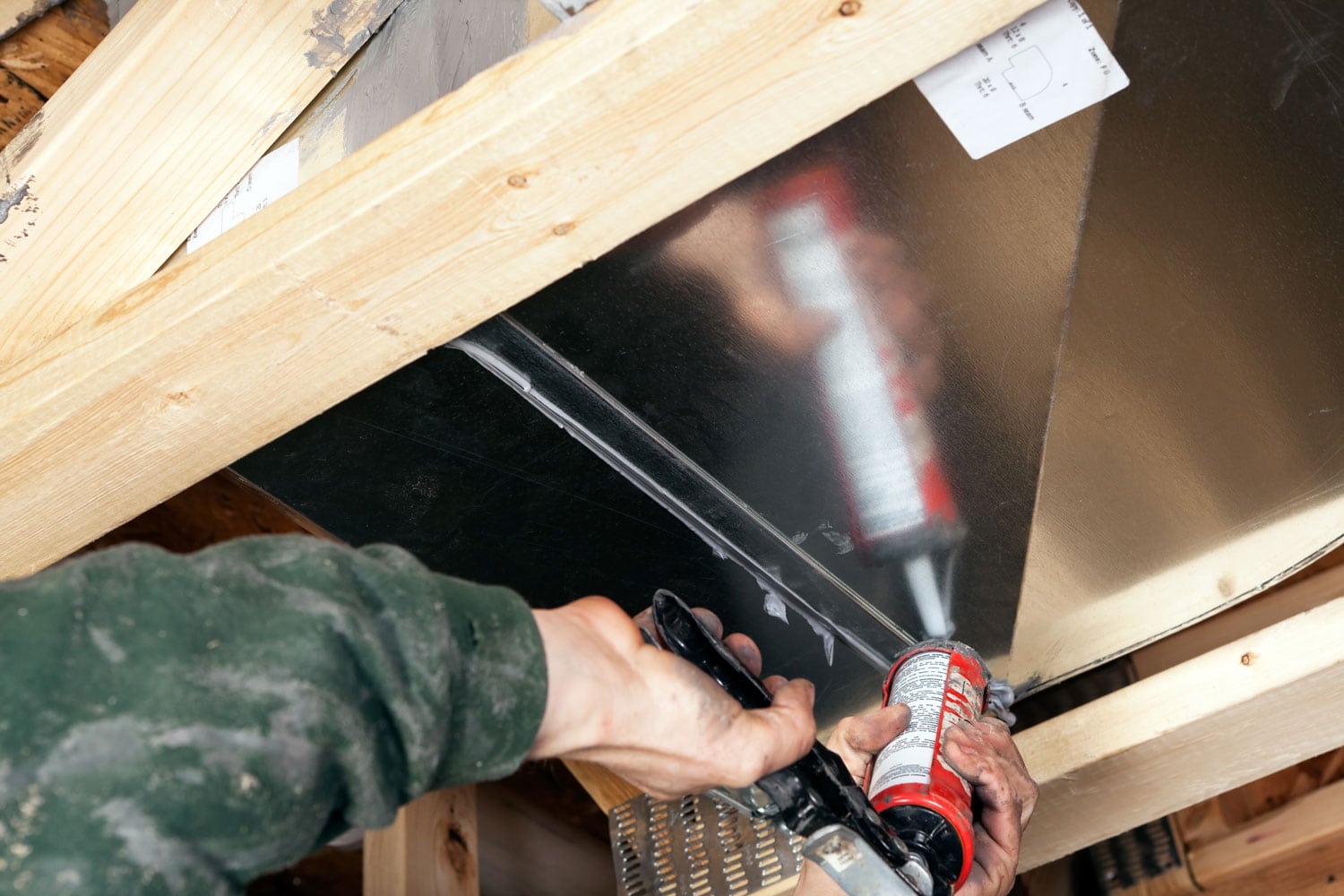 Take note that you’re going to seal the vents to close the ducts. Also, don’t apply rough DIY solutions on the vent openings such as applying cloth or tape over the cover. These methods don’t usually provide the results that you want.

Some vent covers have opening and closing mechanisms. However, some air might still escape from the ducts and vents despite closing the housing. If you want a better seal from your unused vents, follow these steps:

Check out this reciprocating saw on Amazon.

You can also watch the video below to learn additional details about this process:

How To Close Off A Floor Vent 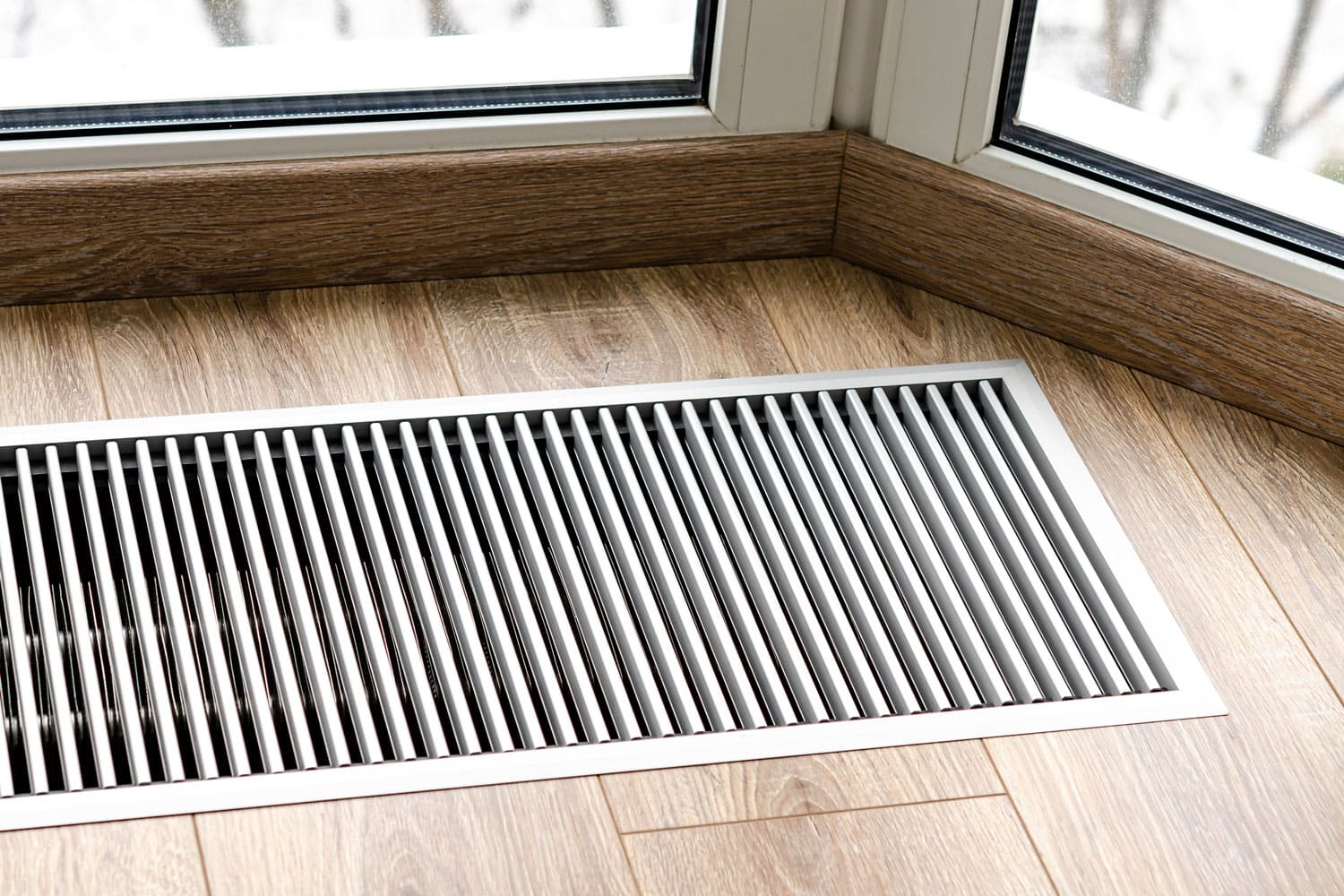 Before sealing a floor vent and the duct attached to it, inspect the setup if it’s unsealed. As mentioned previously, only attempt to seal vents and ducts if they still don’t have proper air isolation features. Once you find an unsealed floor vent in your home, seal it by using the following guide:

Check out this duct sealant on Amazon.

You can also watch the video below for a visual representation of the steps mentioned above:

How To Close AC Vent In Ceiling 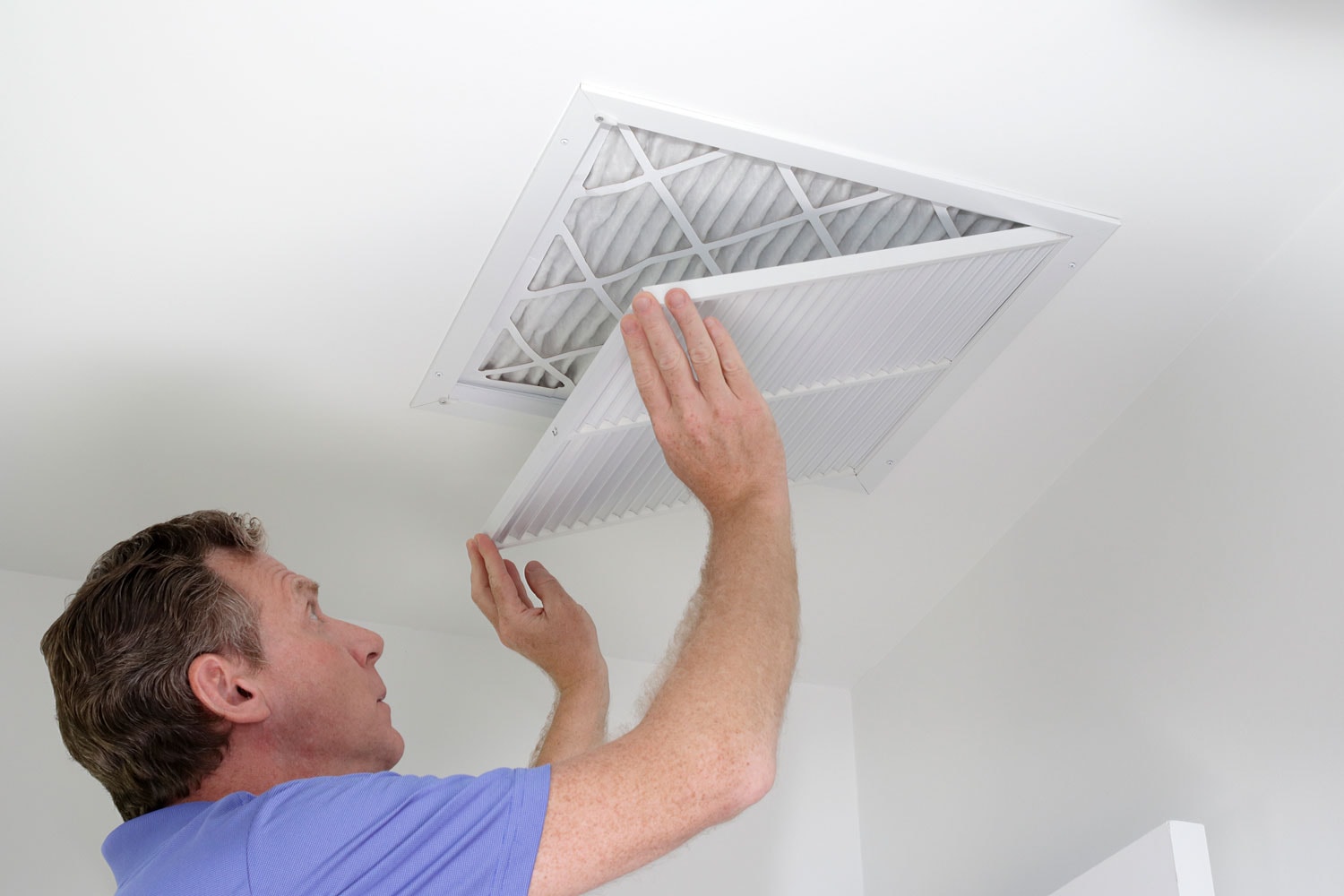 Closing an AC vent in the ceiling can be quite dangerous if you don’t practice the necessary preventive measures.

For starters, it’s best to have an assistant with you to hold the ladder while you climb up to the vent. Once you have another person helping you, continue the process by following these steps:

Why You Shouldn't Close Your Vents

As mentioned earlier, it’s not advisable to close HVAC ducts and vents for extended periods. Some potential problems that may arise if you do so are:

Fully closed ductwork and the connected air vents can lead to a duct burst. Keep in mind that a small crack in a duct can result in a 20% to 30% reduction of efficient airflow in a house. Closing the vents can restrict the air from escaping properly, leading to HVAC lines bursting.

Closed ducts and vents connected to central air conditioning systems can result in excess condensation. Leaving the excess moisture on the ductwork can lead to mold and mildew growth. You’ll know if you have this problem if an off-putting smell is coming from the vents.

Also, don’t forget to check out our post on the signs to know when to clean your air ducts. Doing so will help you avoid issues with your property’s ductwork.

Closing the ducts and vents may make the connected cooling and heating systems work harder than usual to distribute air around the house normally.

So you’ll end up making the HVAC unit accumulate additional wear and tear sooner rather than later. The result is lost efficiency and a shorter serviceable life for your home’s HVAC system.

If you, your guests, or other household members experience symptoms like dizziness, headaches, and upset stomachs, it could be because of your home’s closed ductwork.

Carbon monoxide can build up in the premises if air pressure from the closed ducts builds up. Keep in mind that this gas is colorless, odorless, and tasteless, making it relatively undetectable yet hazardous to both humans and animals.

How To Stop Condensation On Air Ducts 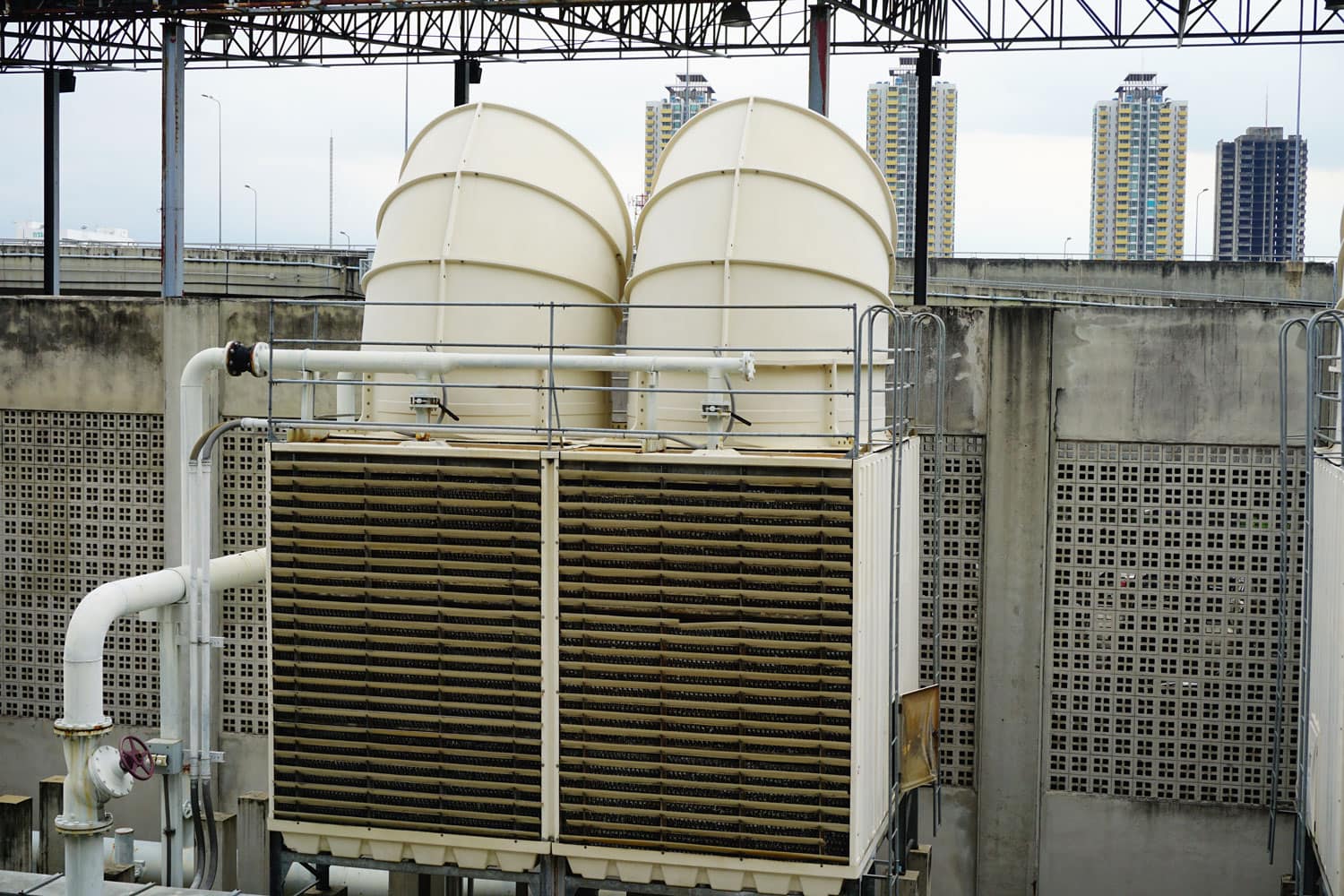 Insulating the HVAC duct system can help reduce or even prevent condensation from forming in air ducts. Make sure that the insulating material you use is at least R-6 or higher. Also, clean the area by vacuuming loose dust. Filth and other small debris may hinder the insulation from working as intended.

After cleaning your air ducts, follow these steps to help you with installing the insulation:

Check out this foil insulation on Amazon.

Watch the video below to learn the importance of adding insulation to the HVAC’s ducts and preventing condensation:

You can also read our post on how to insulate ductwork to gain additional insight on this subject matter.

How Much Does It Cost To Repair Ductwork?

Unsealed ductwork might be the result of damage to the HVAC system. If so, repairing your home’s ducts may cost about $500. But prepare to spend approximately $200 to $800 depending on the severity of the issue. Significant ductwork concerns may require you to spend up to $6,000 in repair costs.

Some of the factors that may affect the expenses to fix an HVAC duct system are the ductwork’s type, location, and the professional services used. As for the duct type, here's a short list of the average costs to repair some of the relatively common kinds of ductwork: 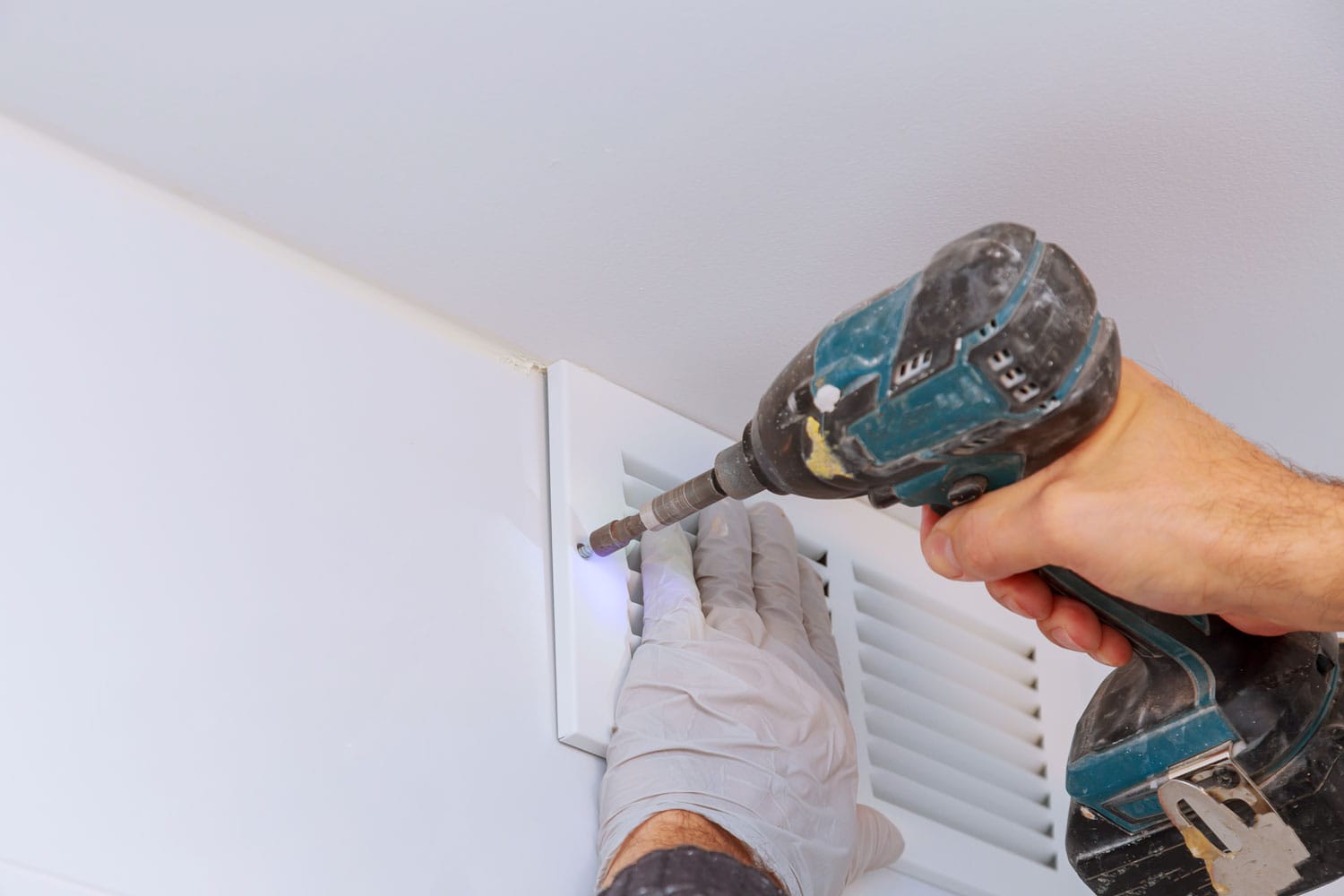 Homeowners can use built-in features like knobs or levers to close the vents connected to HVAC ducts. Tighter seals are achievable by adding plywood into the vent openings. But make sure that you only close the ducts and vents temporarily to prevent lasting damage.

What Is A Good SEER Rating For A Heat Pump?

How To Use A Condensate Pump With A Dehumidifier

How Long Can You Run A Wall Heater?

How Long Does Expanding Foam Take To Dry?

How To Remove A Ductless Air Conditioner?

Do Heat Pumps Dry Out The Air?