If you're looking for answers to why you can't get your Levoit air purifier to work just after you've changed its filter, you're on the right page. We researched this for you, and here is what we've learned.

There are five possible reasons why your Levoit air purifier won't turn on after changing the filter. These are:

Aside from putting the back cover properly and getting a new air purifier, all other issues require the assistance of Levoit's customer support or an electrician so you can have your appliance back in good working condition.

Keep on reading to learn more about this particular issue and what you can do about it. We'll also provide other troubleshooting tips for other issues most commonly encountered when using Levoit air purifiers. Let's begin! 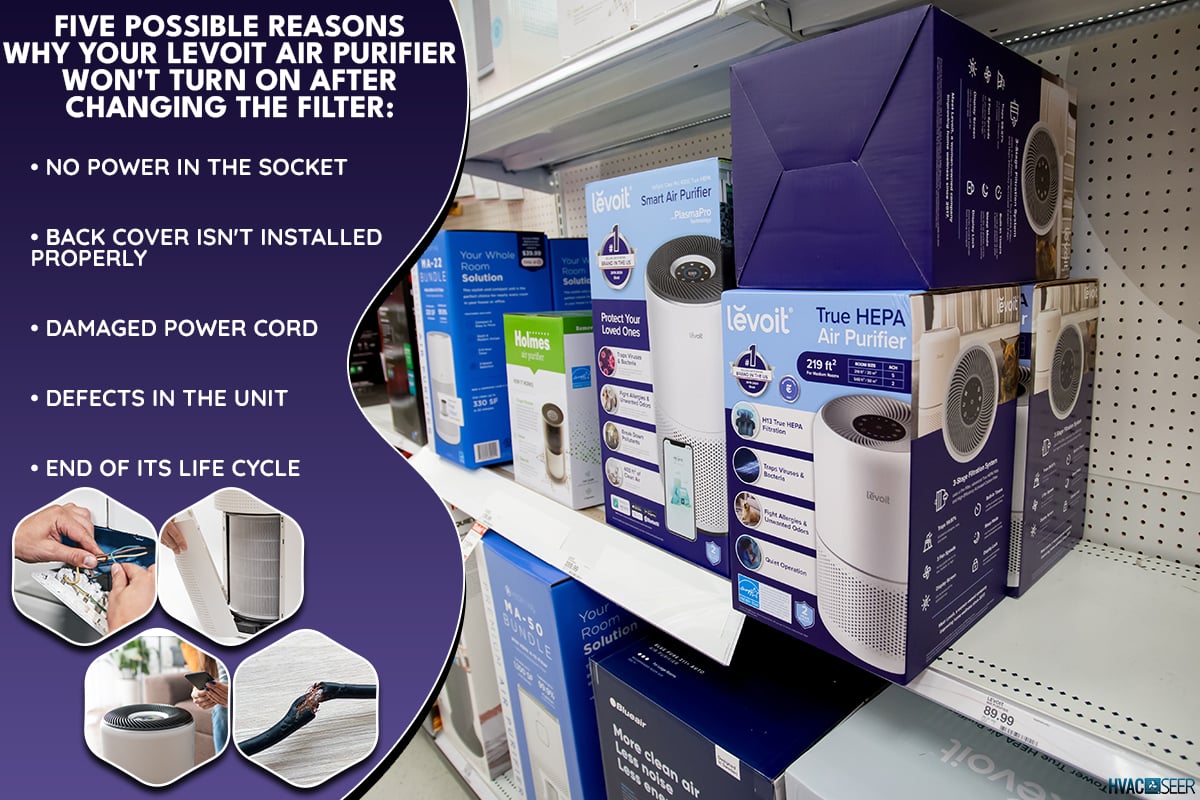 Why will my Levoit air purifier not turn on?

Air purifiers help improve your home's indoor air quality. They trap pollutants in the air, such as dirt, dust, pollen, pet dander, mold spores, smoke, and other unwanted particles. We often don't see these contaminants, but they get mixed up with the air we breathe, affecting our family's health. This is problematic, especially for those with allergies and respiratory issues, as these indoor air pollutants can make them sick and uncomfortable. 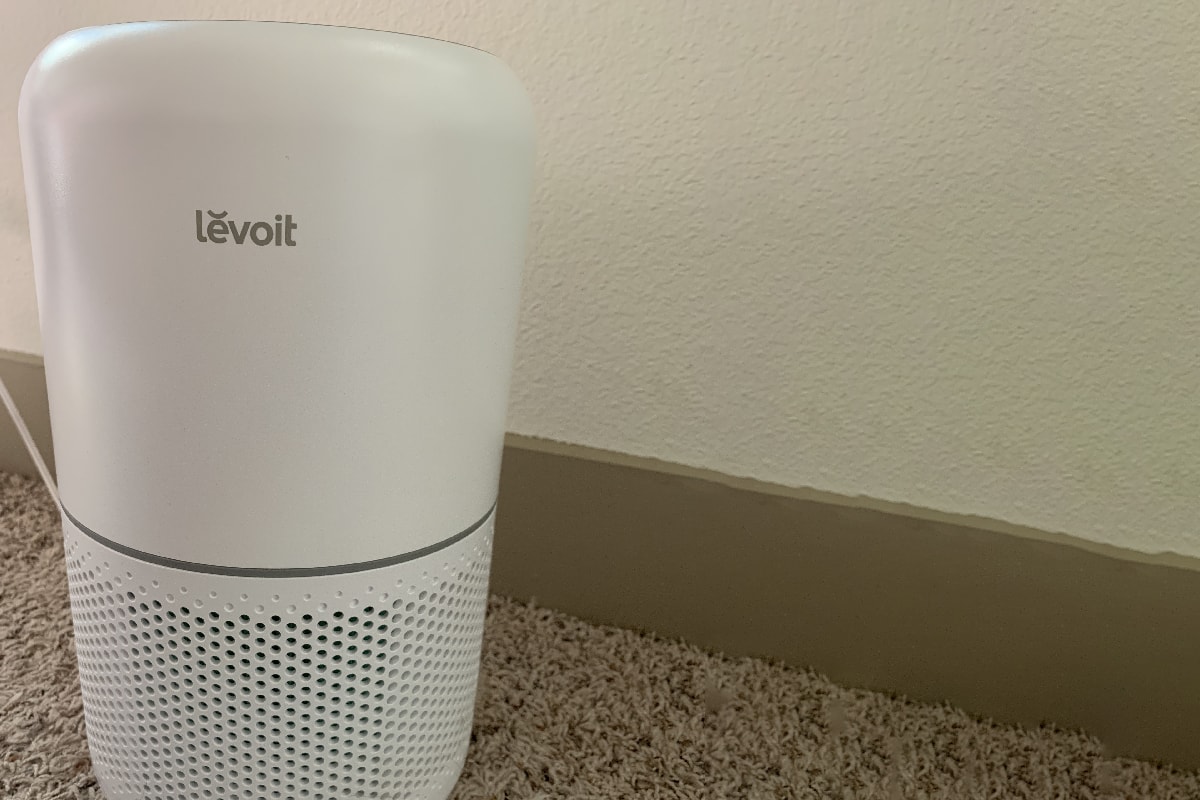 But of course, for the air purifier to be effective in doing its job, it has to have a clean filter. The filter is the main component responsible for trapping pollutants in its fibers so that they won't go floating in the air anymore.

That's why cleaning and replacing filters are important in the air purifier's maintenance. These appliances are no good if their filters are filthy. Levoit manufacturers recommend that you have the filter replaced with a new one after about six to eight months of usage, as this is the filter's expected lifespan in maintaining your indoor air fresh and healthy.

Of course, you can make adjustments regarding the recommended schedule especially if you have kids, pets, and family members with allergies and respiratory issues. It is also advisable to replace your Levoit air purifier filters more frequently if you live along a busy road where you're constantly exposed to various pollutants.

But what if you can't get your Levoit air purifier to work right after changing the filter? What could be the problem here?

Levoit Air Purifier Not Turning On

Experts point to five possible reasons and their corresponding solutions. 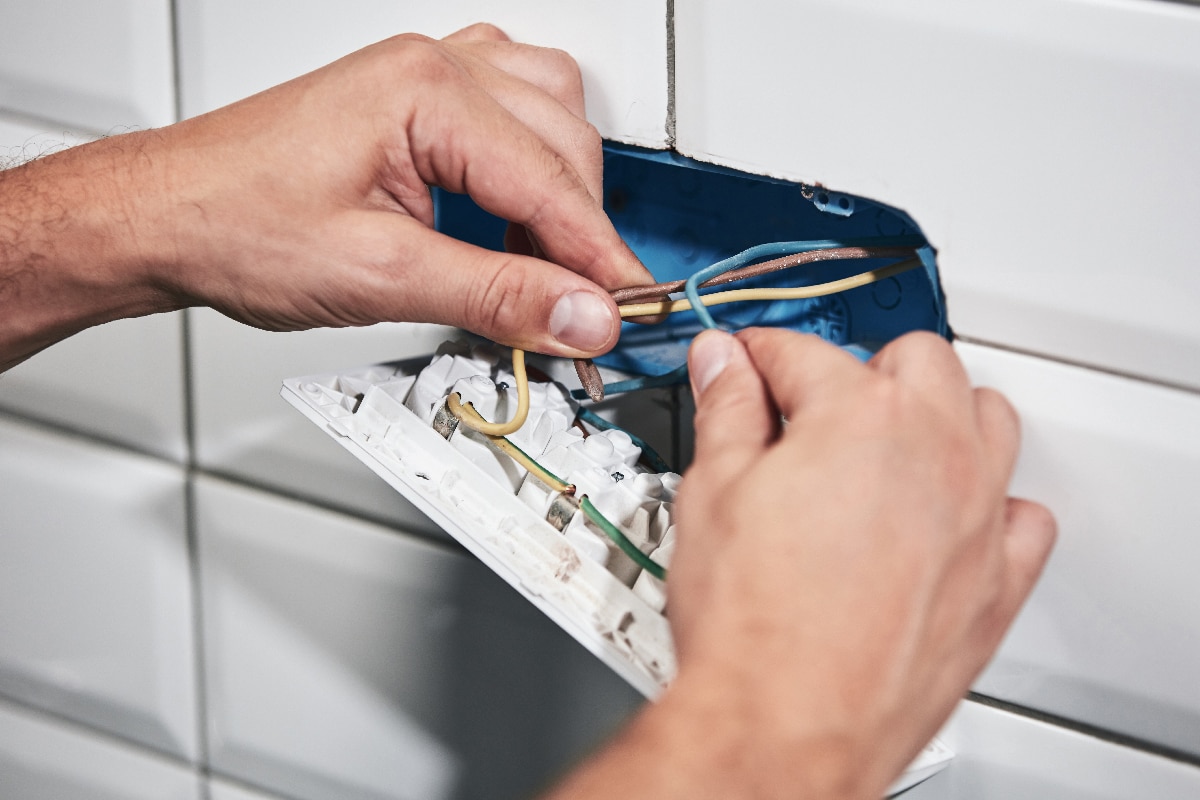 The problem could be with the power outlet. Check the socket where your Levoit air purifier is plugged into. See if it's clean or if there are any broken or bent pins.

Connect another electrical appliance to the socket and see if it works. If the other device is working, proceed to check other components of your Levoit air purifier to determine the cause.

But if the other electrical appliance also won't work when plugged into the same power outlet, you need to have it inspected by an electrician. There could be loose wiring connections, a blown fuse, a short circuit, or overloading causing the power to be shut off.

It's possible that you weren't able to reattach your air purifier's back cover properly. This can be the reason why the unit is not turning on.

Make sure that the cover is attached securely in place before you turn it on again. 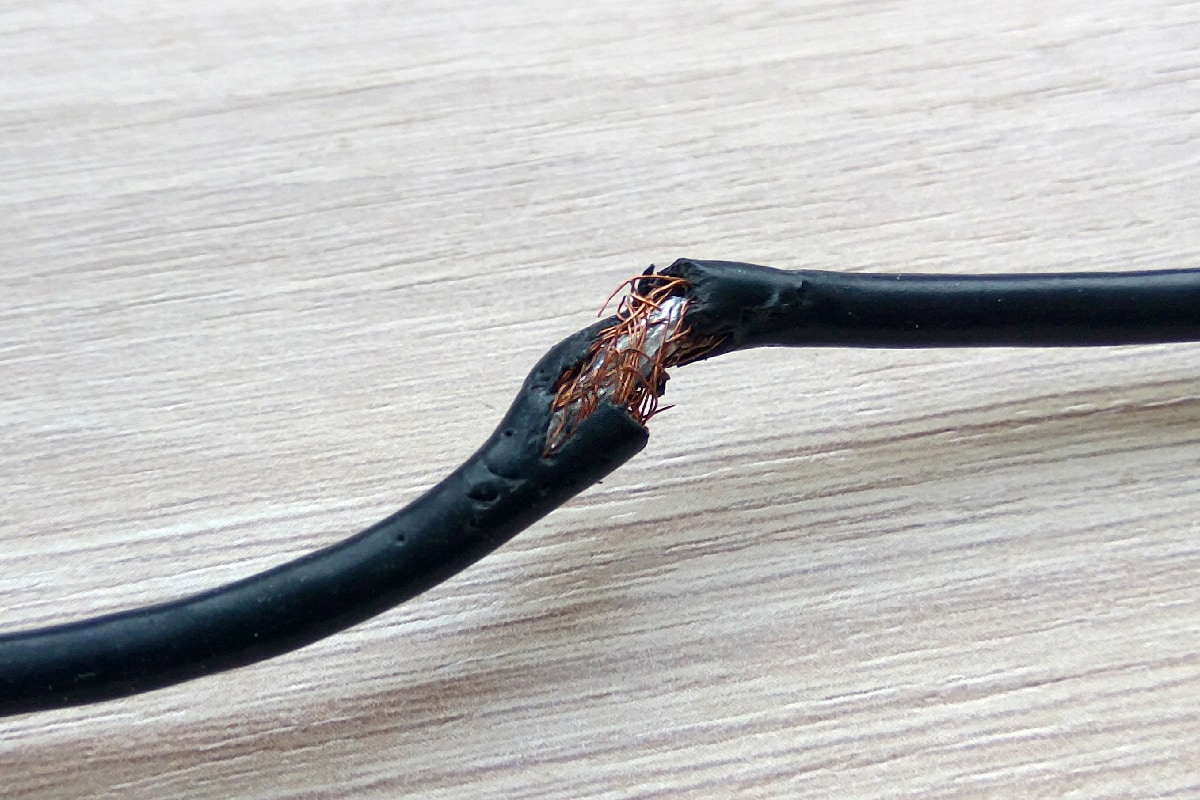 Check the unit's power cord if it still won't turn on. It could already be worn out or frayed due to long-time use.

There are also instances when pets chew the power cord which is why it won't work anymore. In this case, you need to have the power cord replaced for you to be able to use your air purifier again.

Sometimes, the cord also melts or burns as a result of overheating. Don't attempt to plug it in as it could cause further damage to your air purifier. It's best to call Levoit's customer support for assistance or have your trusted technician take a look into it. 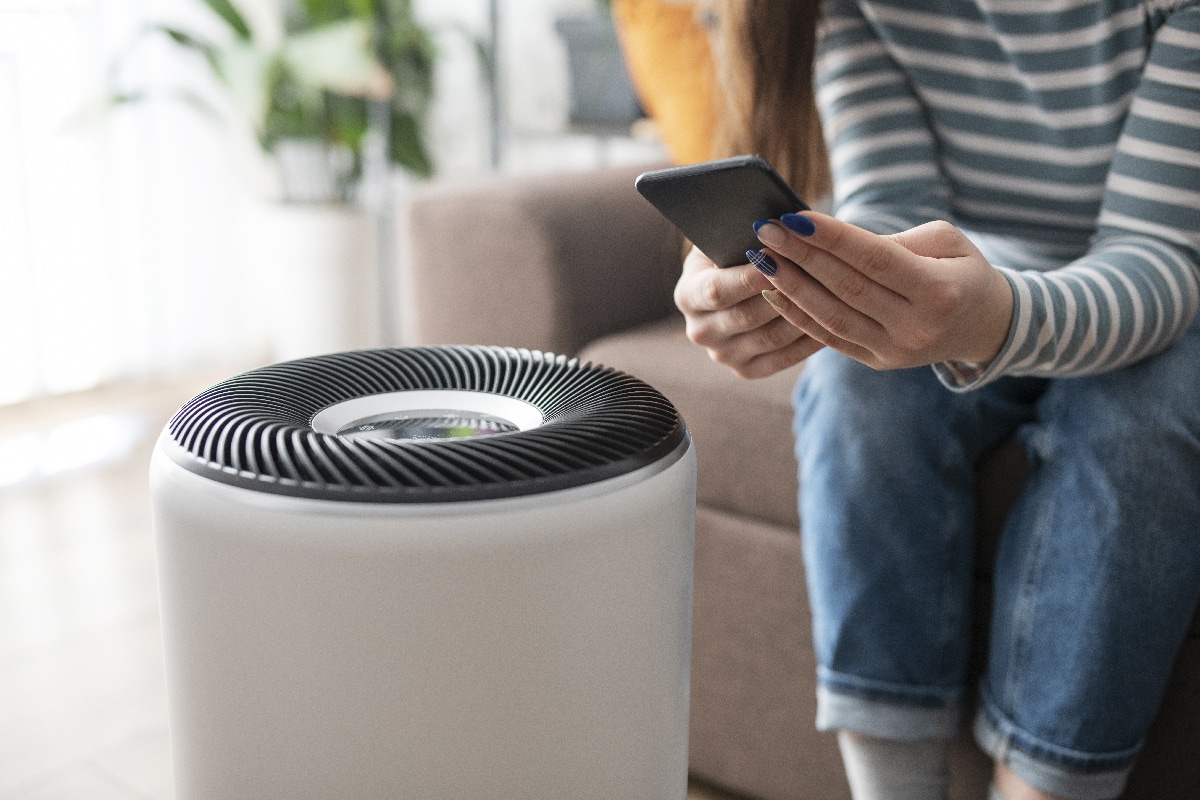 Carefully check the different parts of your Levoit air purifier for any signs of damage. There could be broken parts that you haven't noticed before. Or maybe you accidentally broke it when you were replacing the filter.

If this is the case, you can call Levoit for customer support. But if the damage is beyond repair, there's no other way to go about it but to buy a new air purifier for your home.

End Of Its Life Cycle

Each appliance has an expected lifespan depending on its quality, usage, maintenance, and the number of air pollutants it has to treat on a daily basis. Air purifiers' average life expectancy is between two and five years. If your Levoit air purifier has been with you for quite some time, it is possible that it has reached the end of its life cycle and it's time to get a new one.

These are the possible reasons why your Levoit air purifier won't work even after you've just replaced its filter. As you can see, the corresponding solutions depend on the severity of the issue.

Other Common Problems with Levoit Air Purifiers and Their Solutions

While we're on the topic of giving you tips for troubleshooting your Levoit air purifier, here are the most common issues encountered by other users and how you can fix them.

Not Enough Air or Not Cleaning the Air Effectively

If you've just replaced the air filter, check again if you removed its packaging completely. If the filter is still covered with plastic, then no amount of air can get through. Make sure you take off all of the packaging before inserting the filter in its place. 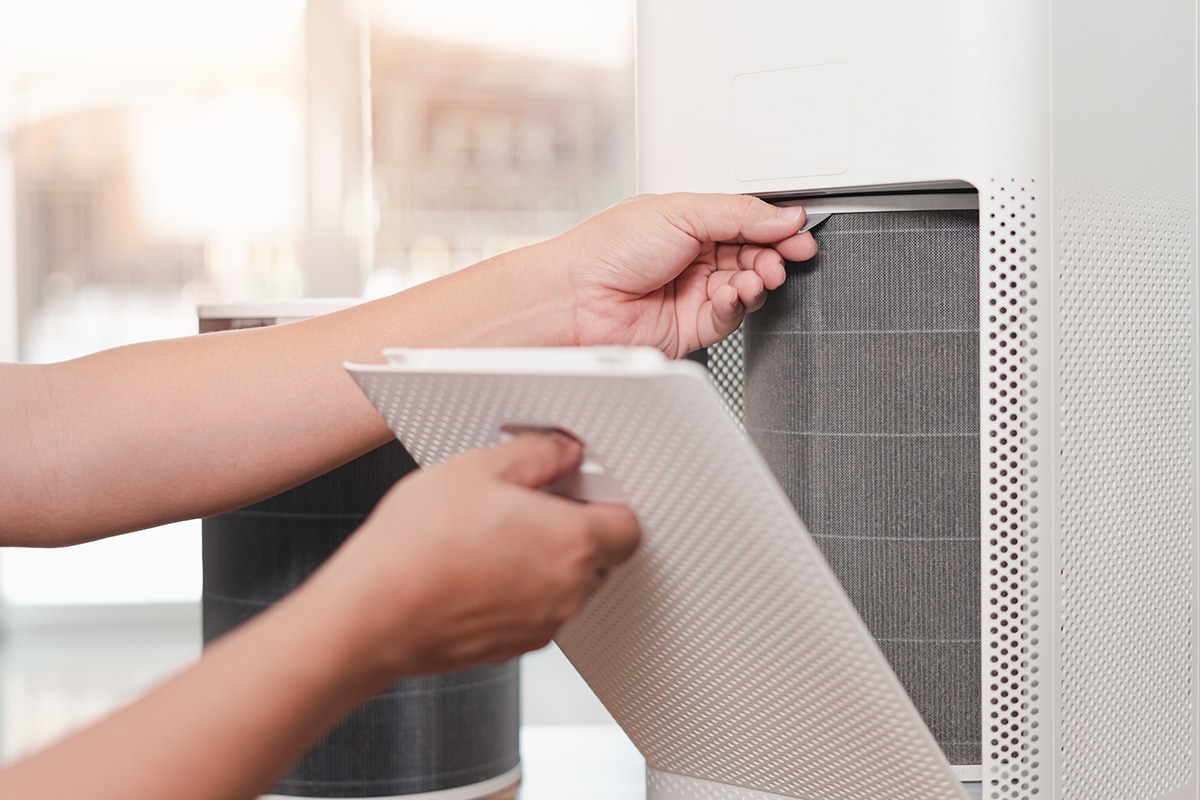 If the filter is dirty, air won't be able to pass through smoothly. The accumulated dirt and debris will clog the passage which is why there's very little airflow. In the end, the filter's performance will suffer.

Levoit recommends that you replace your filter every six months so that it can do its job of cleaning your indoor air effectively and efficiently. Your air purifier will also notify you that it's time to change the filter. You will notice the red-light indicator on the control panel that won't turn off until you've finally installed a new filter.

Some air purifiers have different fan speeds. If you're not satisfied with the current airflow, the fan speed may be at a low setting. You can increase the fan speed for better airflow.

There won't be enough air if there's a piece of furniture or something else that blocks the air coming from the device. It won't reach you and also won't be able to clean the air effectively.

Place your air purifier in a strategic location where it can do its work without any hindrance. There should be enough clearance so that air can flow in and out of the unit.

The light ring on your Levoit air purifier tells you the quality of the indoor air. If it's on, it means that the indoor air quality is quite bad.

You need to adjust your fan settings to a higher speed so that your air purifier can work harder to rid the air of pollutants. Or you can put it on auto mode so that it'll automatically increase the fan settings when needed and revert to a lower setting when the air quality is much better.

Appliances that use fans in their operation tend to produce some noise while running. But some noises are not normal anymore and if you listen closely, these are your air purifier's way of telling you that something is wrong.

Here are the different kinds of noises to watch out for. 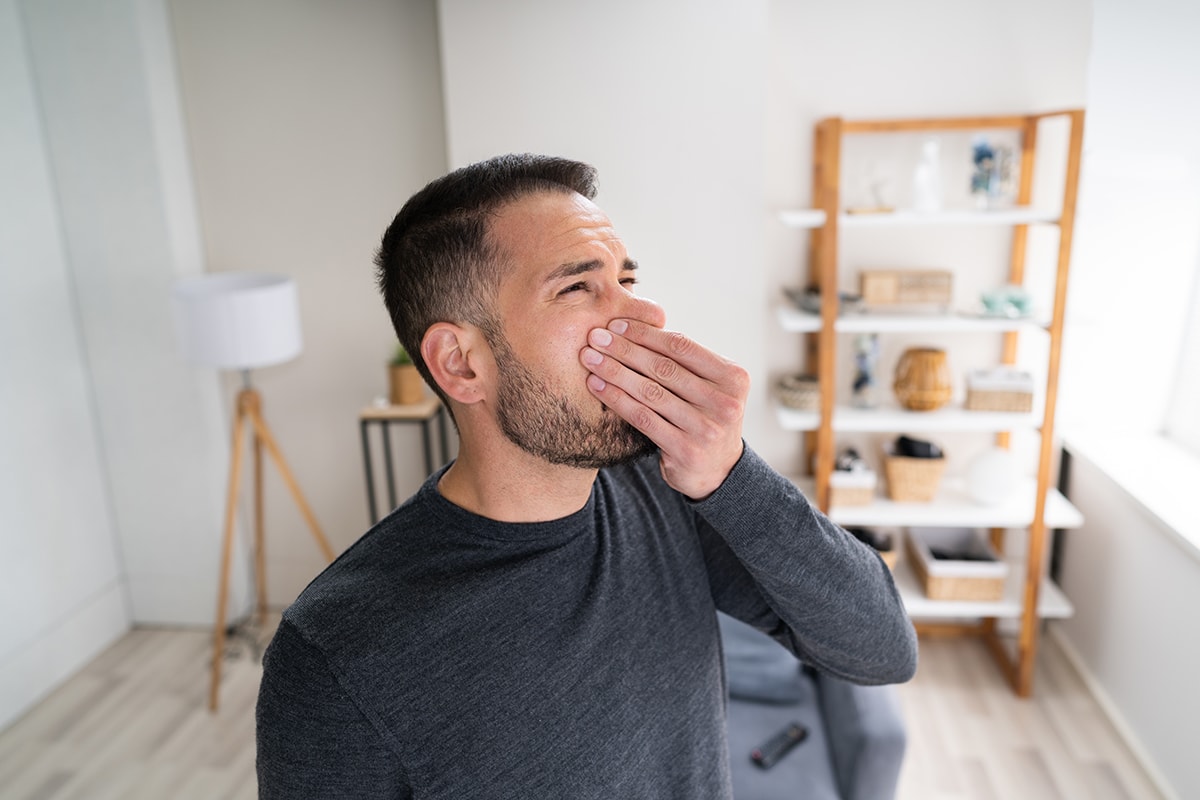 If you take note of the different smells coming from your air purifier, you will know what the particular problem is.

Display Won't Turn On or Off

Check the display lock if it is on or off. If you turned it off and the display still shows on the panel, reset your air purifier to put it back in order.

Not Connecting to Wi-Fi

Your Levoit air purifier has to be compatible with your Wi-Fi network. Check if your internet connection is stable. It should also be at 2.4GHz. See to it that the router and your appliance aren't too far apart from each other so that their connection won't be interrupted.

Let this troubleshooting guide help you in addressing these issues in your Levoit air purifier so you can put it back in good running condition.

It is common to encounter issues while using your Levoit air purifier. This troubleshooting guide will help you put it back in order so you can enjoy cleaner and healthier air at home.

How To Unlock My Levoit Air Purifier [Quickly & Easily]

Toilet Not Sitting Flat On Floor – What To Do?

How Deep Should Attic Insulation Be?

Why Is My Room So Damp And Humid?

Can You Stack Air Conditioners For Storage?

How To Seal Gap Between The Carpet And Wall

How Long Should An AC Run After Reaching The Right Temperature