Proper air circulation helps maintain comfortable temperatures and acceptable humidity levels in the home. But some rooms may have inadequate air passage. How can you increase airflow to one room? We investigated the topic, and this is what we unearthed.

You can increase airflow to one room by enlarging the vents that supply conditioned air to the room. Alternatively, you can use a fan, close the vents in other rooms, or open windows and doors. HVAC maintenance also helps to increase airflow.

Read on to understand further how you can maximize airflow to one room. We will also explore why some vents may fail to blow air and discuss the importance of sufficient airflow in the home. Without much ado, let's get into it. 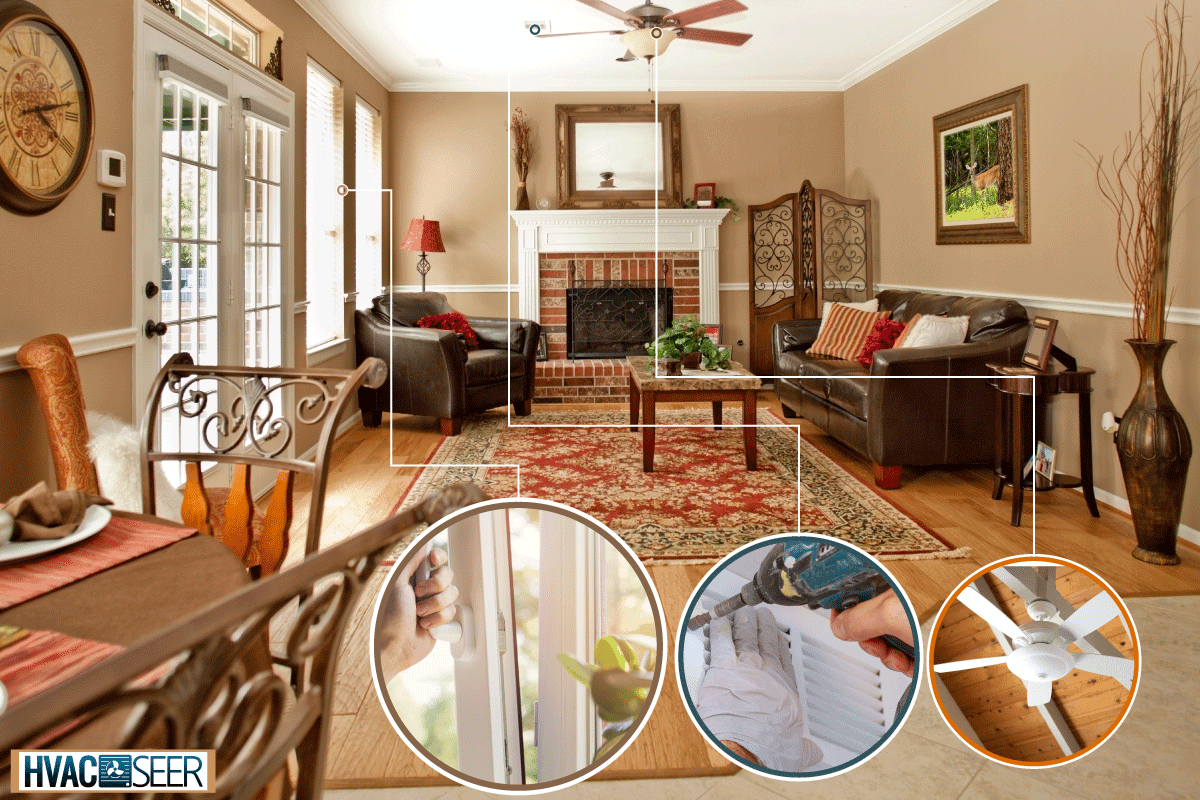 How Do You Maximize Airflow To A Room?

You may notice a significant temperature difference between rooms, especially during summer. Because this creates an uncomfortable living space, it may spark interest in how you can maximize airflow to a room. Increasing airflow can help get rid of the hot spots. 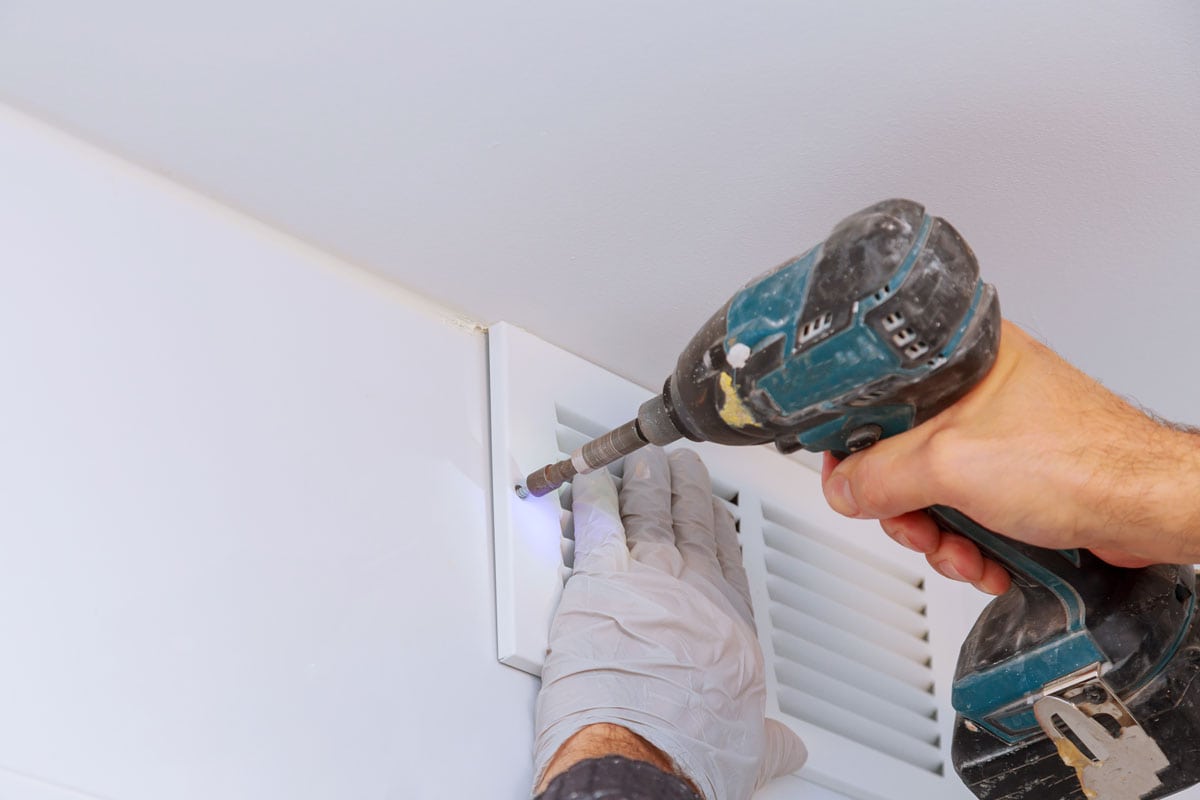 Enlarge Vents In The Room

Your HVAC system has both air vents and air ducts. Air vents are the network of metal tubing running from the main HVAC machine through the home. These vents are responsible for guiding conditioned air into the home and unconditioned air back to the HVAC unit.

On the other hand, the vents are the points where the ducts open into a room. Supply vents draw in indoor air that should be heated or cooled, while return vents let temperature-controlled air into the room.

Enlarging the air vents does not alter the air pressure in the air ducts. But increasing the vent's face area increases airflow due to constant face velocity—the wider opening experiences lower velocity because of reduced resistance which then surges airflow. The lower velocity also reduces the system's noise levels.

The chart below will guide you on the diameters for different airflow quantities.

While enlarging the vents is the most effective way to increase airflow in one room, it is not a DIY project. It is also very costly since it requires drilling to increase the opening's size.

Increase The Number Of Vents

Adding the number of vents to a room creates more channels through which air comes in and leaves the room—consequently, airflow increases.

Ask an HVAC professional to assess your heating and cooling system before adding new vents. If the proposed vents alter pressure build-up within the ductwork, it can result in poor airflow in the other rooms.

Close Vents In Other Rooms

By closing the vents in the other rooms, you increase pressure within the ductwork. The rise in air pressure increases air velocity, which results in higher face velocity of the vents that remain open. As a result, airflow increases.

However, you should only close a few vents and take care not to keep them closed for long. The pressure build-up from closing the vents can cause leaks within your systems, eventually leading to costly repair expenses.

Closing the vents also strains your HVAC system since the HVAC technician sizes it to meet your needs. You lose the system's efficiency since it works harder to redistribute conditioned air via the open vents.

Therefore, shutting the vents is a short-term solution to increasing airflow in one room.

Mounting a ceiling fan is a very cost-efficient way of increasing airflow in a room. Although fans do not generate cool air, the air motion creates a wind-chilling effect.

The drawback of using fans to maximize airflow is that its impact is limited to the area below the fan. In addition, the furniture layout within the room also affects how effective this method will be. 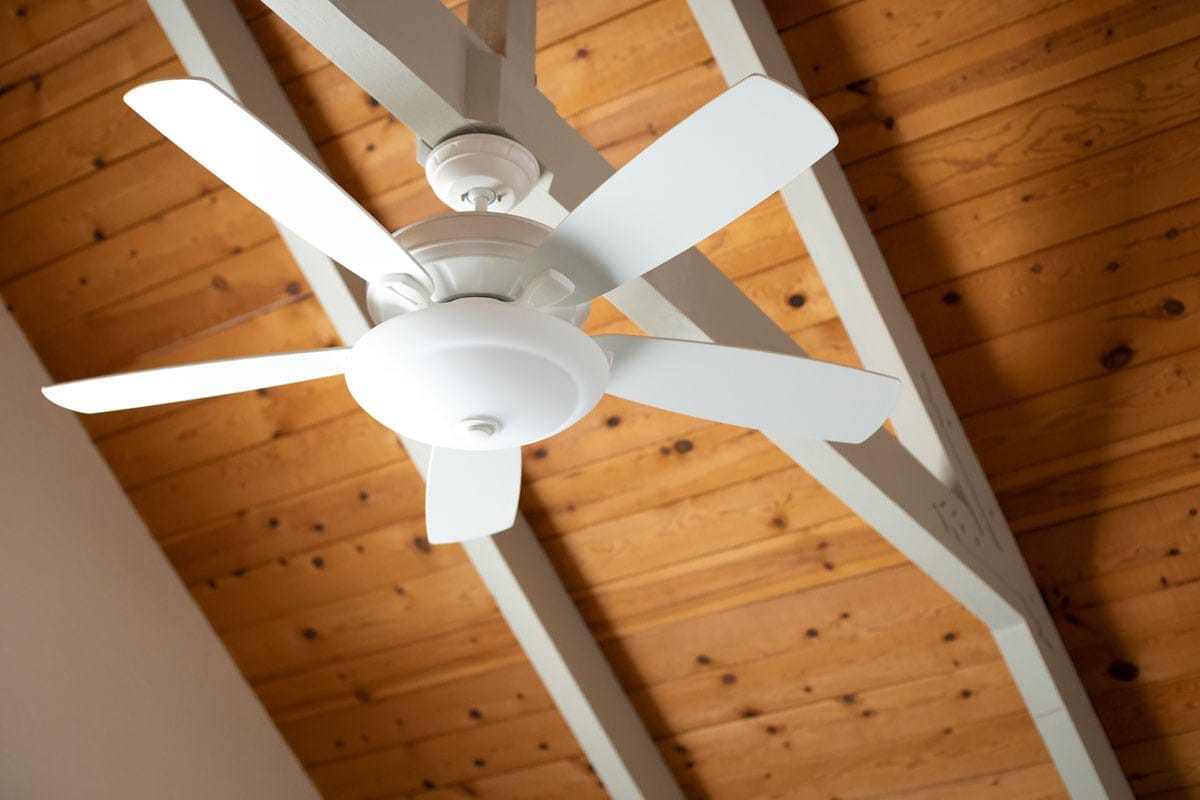 Read this article to learn: "What Is A Good Airflow For A Ceiling Fan?" 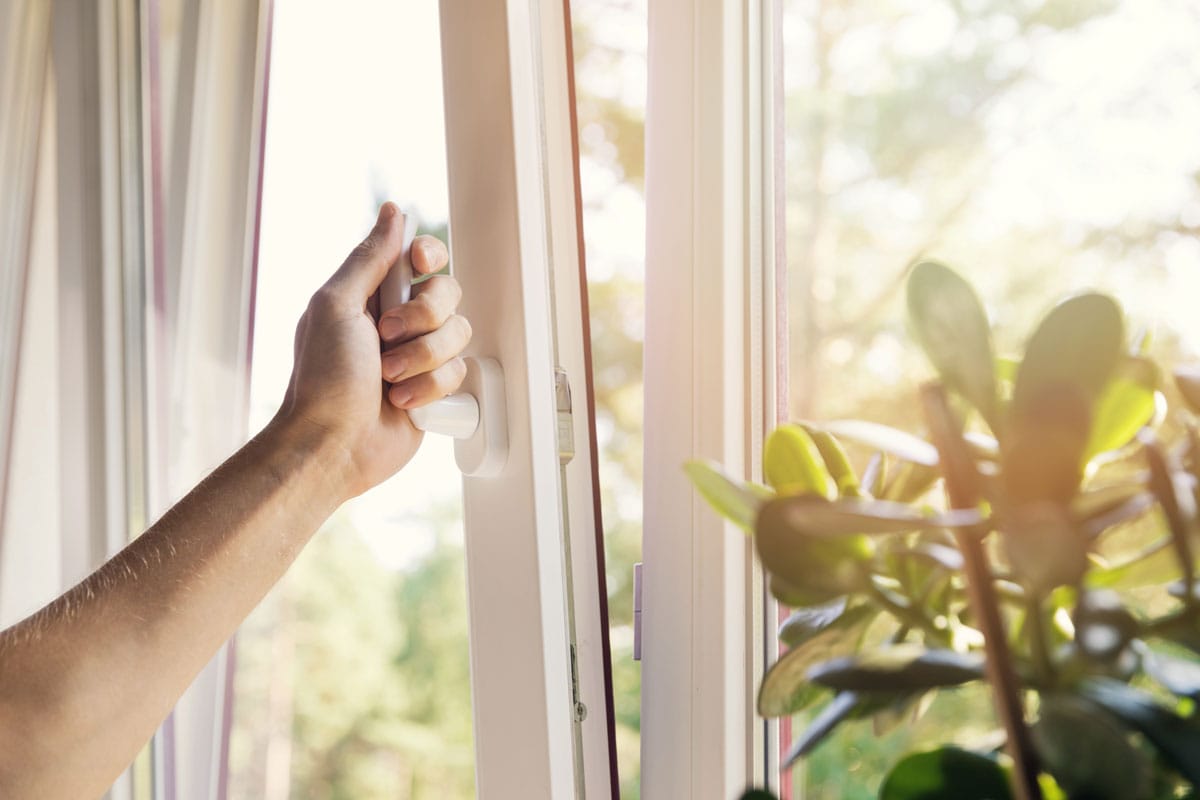 You can also take advantage of the difference in air density between hot and cold air by opening the highest and lowest windows in a room. Since warm air rises, it will get out of the room via the top window while cold air comes in through the lowest window.

This method is quite easy to implement since you do not have to drill into walls or install fans to increase air circulation.

Cleaning filters improves airflow to a room since the air supplied to that room passes through the filters. When the filters are dirty, they restrict airflow, hindering proper air circulation.

Cleaning the vents and ductwork can also increase airflow by eliminating all clogs. An HVAC technician can also inspect the ducts for leaks and repair them. Also, ensure that the vent openings are free from obstructions such as furniture or other appliances in front of the vents.

You can also ask the technician to reset your air handler's blower speed. Increasing the blower speed will optimize airflow. In addition, setting your AC to fan mode will maintain air circulation throughout the day.

The HVAC tuneup will affect the airflow within your system's network rather than just one room.

You may be curious about this: "Air Conditioner Fan Running Too Slow—What Could Be Wrong?"

Why Are Some Vents Not Blowing Air?

Lack of air conditioning can render some rooms unusable in some seasons. Unfortunately, vents not blowing air are quite prevalent among homeowners, especially during summer. These are some reasons why vents may fail to blow air. 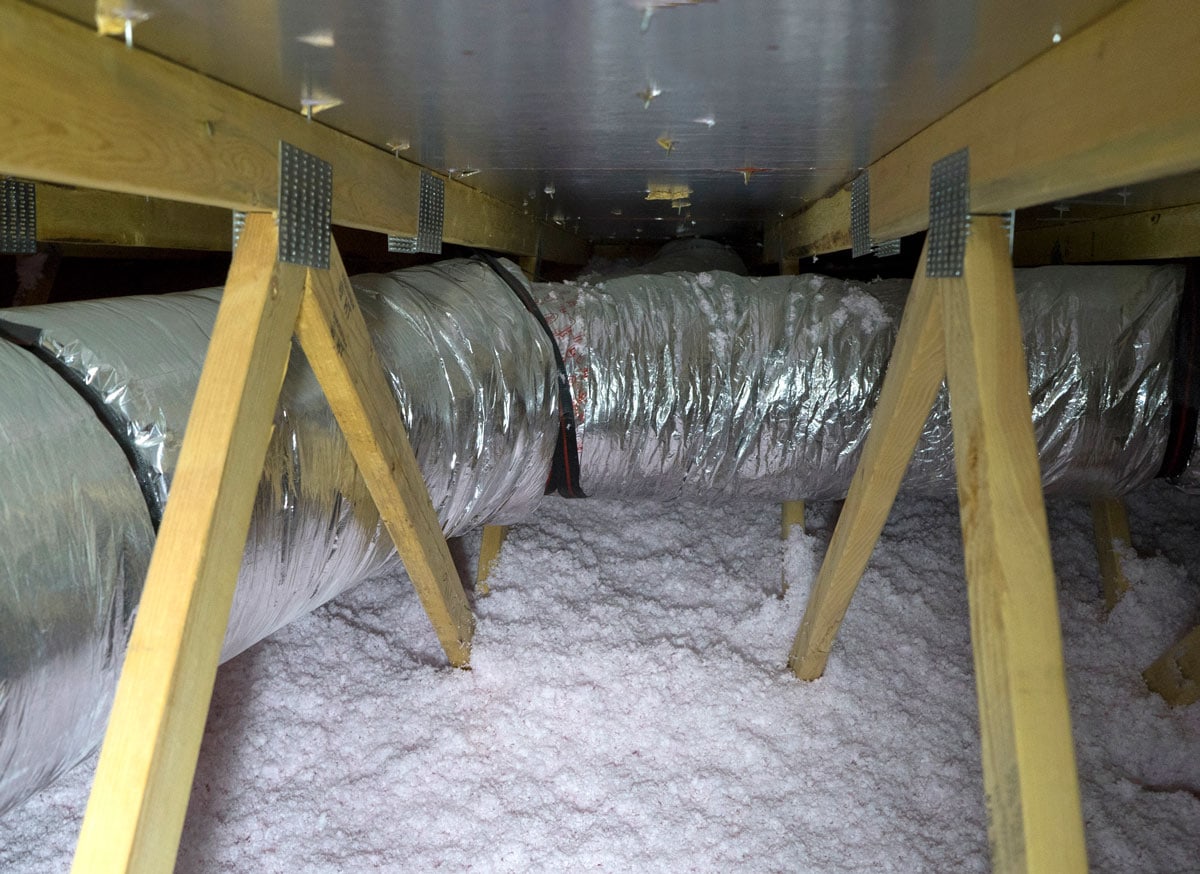 As the name implies, flex ducts are flexible. For this reason, they are susceptible to being dislodged or torn if anything falls on them. Moreover, they are bound to bend or sag if installed shabbily. Any bend on these ducts can inhibit airflow to a room.

The ductwork leading to a room can detach from the main network, hindering airflow to the room. Since the ductwork is not installed in a vacuum, heavy objects may exert pressure on it, causing it to disconnect. Neglect also contributes to the ductwork collapsing.

The conditioned air from your HVAC machine may fail to reach a room due to leaks within the ductwork. About 75% of homes have duct leakage. Furthermore, a big portion of the homes loses 10% to 25% of temperature-controlled air.

A technical expert can use infrared technology to detect where there are gaps in the ductwork. But you can also diagnose the leaks via a drastic increase in your heating and cooling costs. In addition, there will be uneven temperatures in the home, and your HVAC unit will require frequent repairs.

HVAC vent dampers regulate airflow in the ductwork. When they are shut, air does not flow through them. Consequently, some vents may fail to blow air.

How Important Is Proper Airflow? 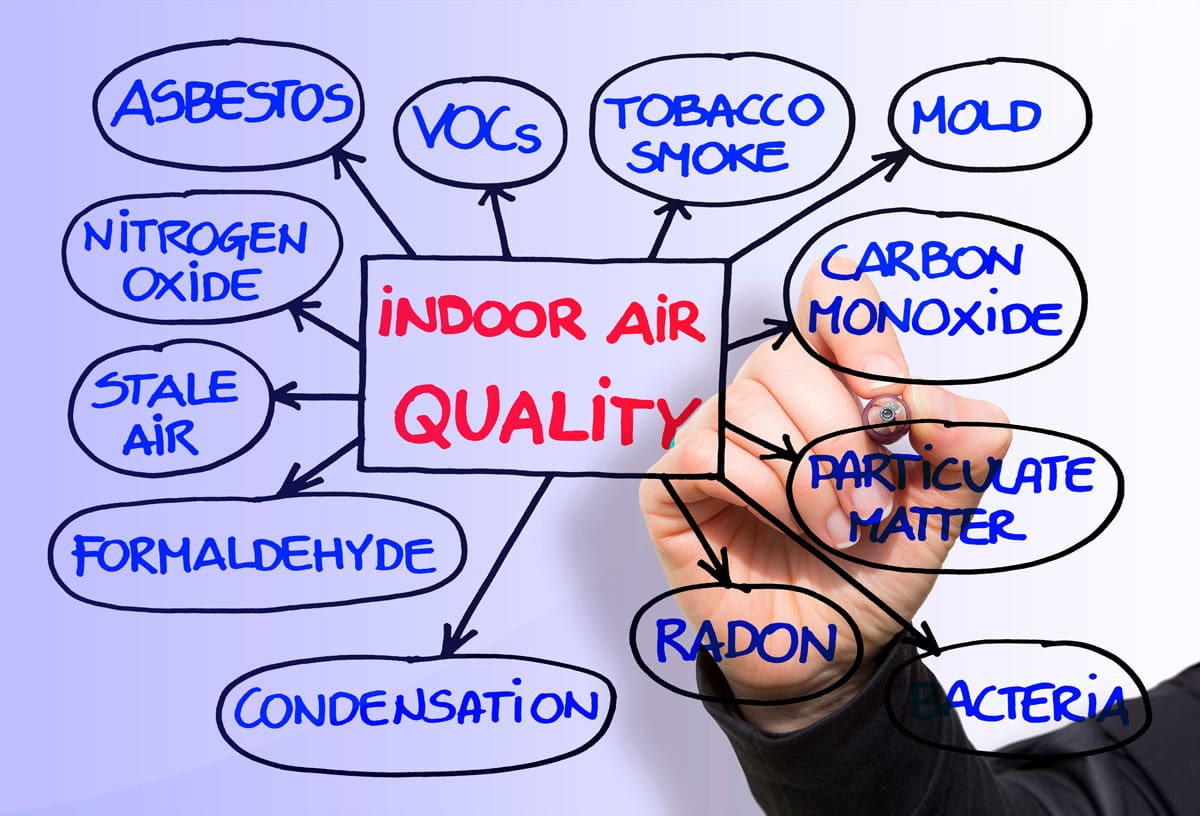 The global coronavirus pandemic has increased the focus on having proper ventilation in your home. With enhanced airflow, virus particles do not accumulate, thus reducing the number of infections. But there are other benefits we can derive from improved airflow in the home.

Since HVAC systems are meant to function at a specific airflow range, observing these proportions ensures your equipment serves you for its expected useful life. You will avoid premature component failures such as compressor and motor failure.

Your HVAC system requires sufficient airflow to function efficiently. This air flows circularly, from the equipment to the room and back to your appliance. Therefore, your HVAC unit is more efficient when there is proper airflow.

Proper air circulation rids your home of dust particles, pollen grains, and other allergens that can cause respiratory infections when inhaled. You also require sufficient air circulation when using fuel-powered appliances to minimize the risk of carbon monoxide poisoning.

Proper airflow helps regulate both temperature and humidity levels, which are critical to the level of comfort in your home.

Enhanced airflow aids in ridding the home of excess moisture that would otherwise cause wooden structures to rot. When these structures rot, your home's structural integrity deteriorates.

The improved air circulation also discourages mold and mildew build-up. Mold thrives in a humid environment, wreaking havoc on your health when you inhale these particles. It can also decrease your home's value. 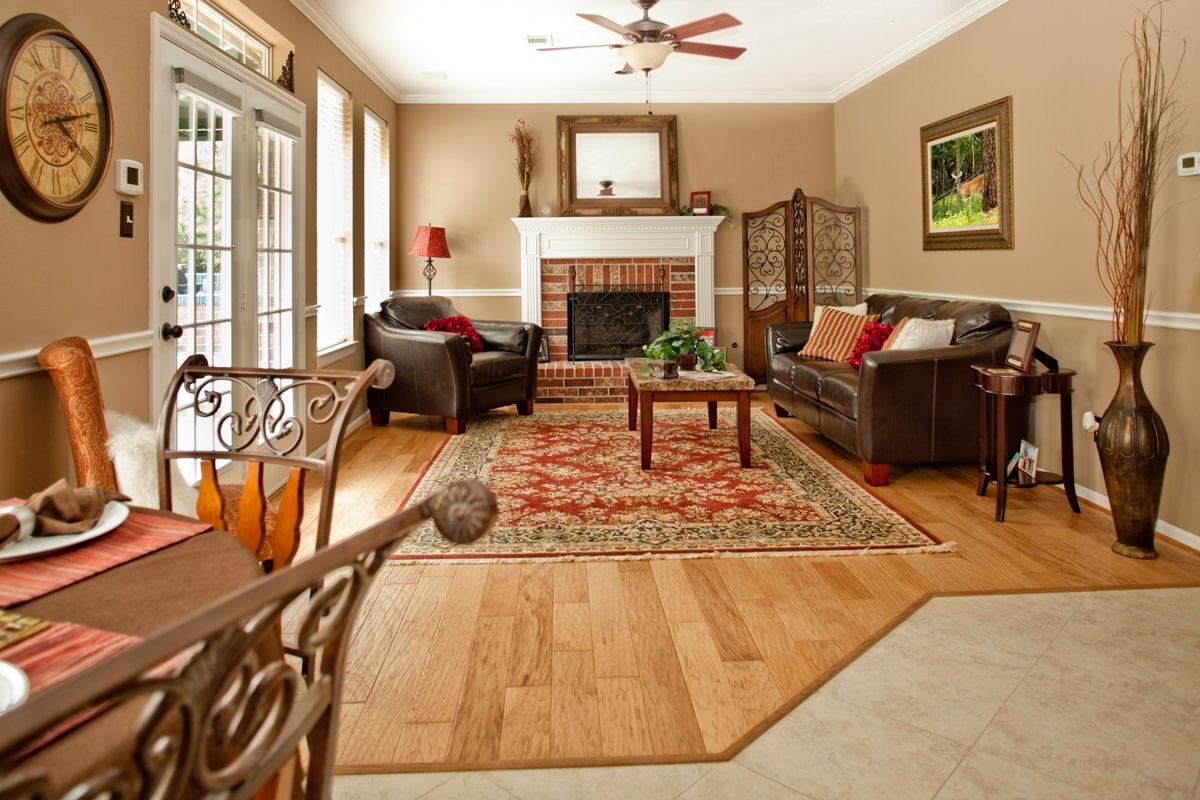 By enhancing air circulation, you improve your equipment's efficiency and extend its useful life. Proper airflow keeps you and your loved ones healthy by getting rid of the pollutants.

Ecobee Keeps Switching To Heat – Why And What To Do?

Carrier Furnace Has No Power To Thermostat – How To Fix?

How To Dry Out The Ground Under A Mobile Home

Heil AC Fan Not Working – Why And What To Do?

Should You Turn Off A Furnace In The Summer?

Where Is The AC Compressor Located In A Car? [Detailed Guide]