While it's true that PEX pipes are durable, it doesn't mean that they won't succumb to extremely cold or hot temperatures. If you want to extend the lifespan of your PEX pipes, it's best to have them insulated. Don't know how? That's what we'll talk about today. We've consulted experts, and here's what they taught us about insulating PEX pipes.

You can use foam pipe insulation to insulate your PEX pipes. To install this, you need to:

Keep on reading so we can teach you how to insulate your PEX pipes properly. This article will also answer if PEX pipes are better than PVC and how long PEX pipes last. Let's get started! 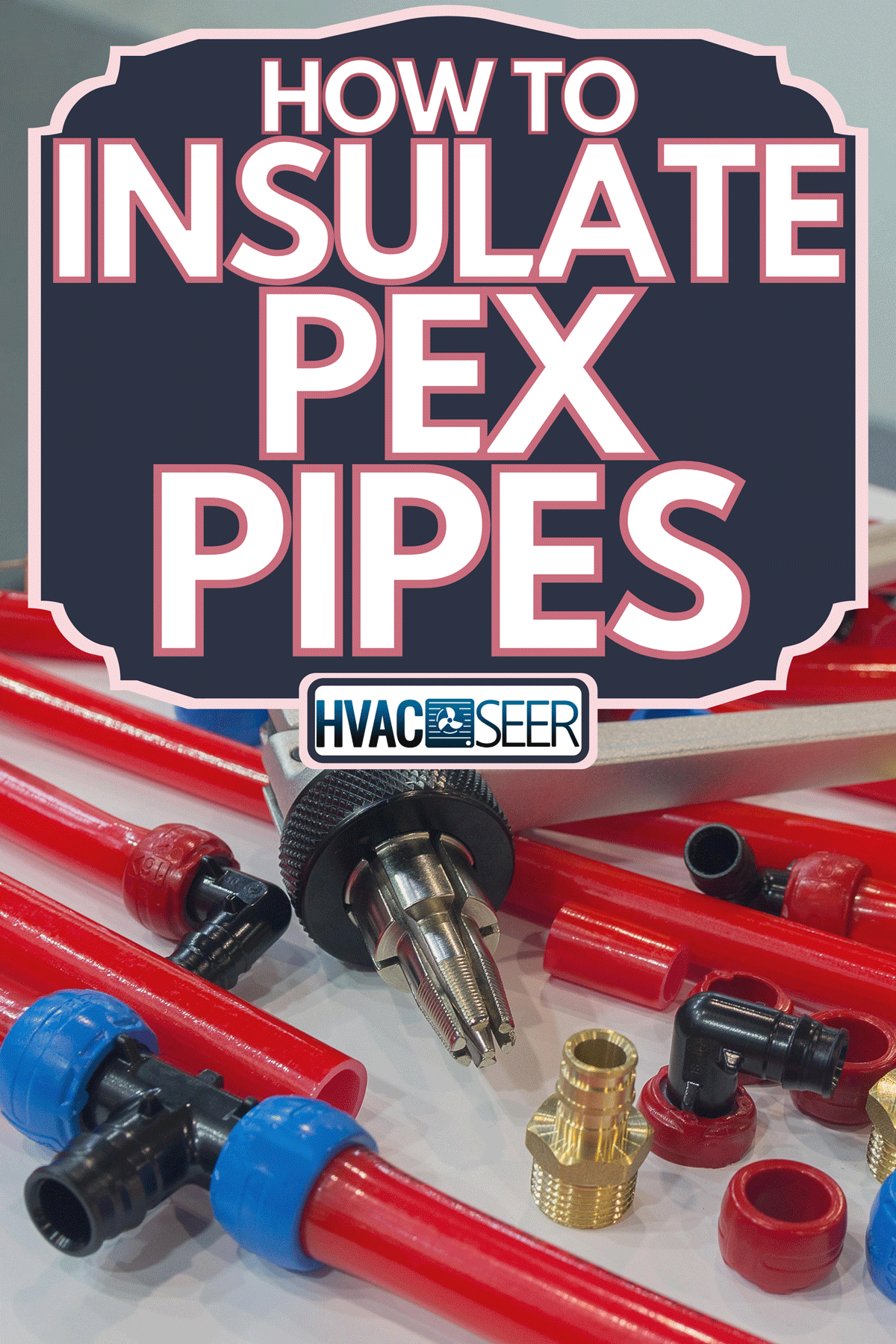 What is the best way to insulate PEX pipes?

PEX pipes are preferred by more plumbers because of their affordability and durability. Installing PEX, short for cross-linked polyethylene, in a 1,500 square foot home will only cost an average of $5,000 compared to copper that can go as high as $10,000.

PEX pipes are reliable. They will not corrode or form scales. These pipes are also very flexible and can expand up to three times the size of their diameter. They are also able to shift to their original size once the pressure subsides. This is what makes them a great material for plumbing as they can endure cold and hot temperatures without breaking. 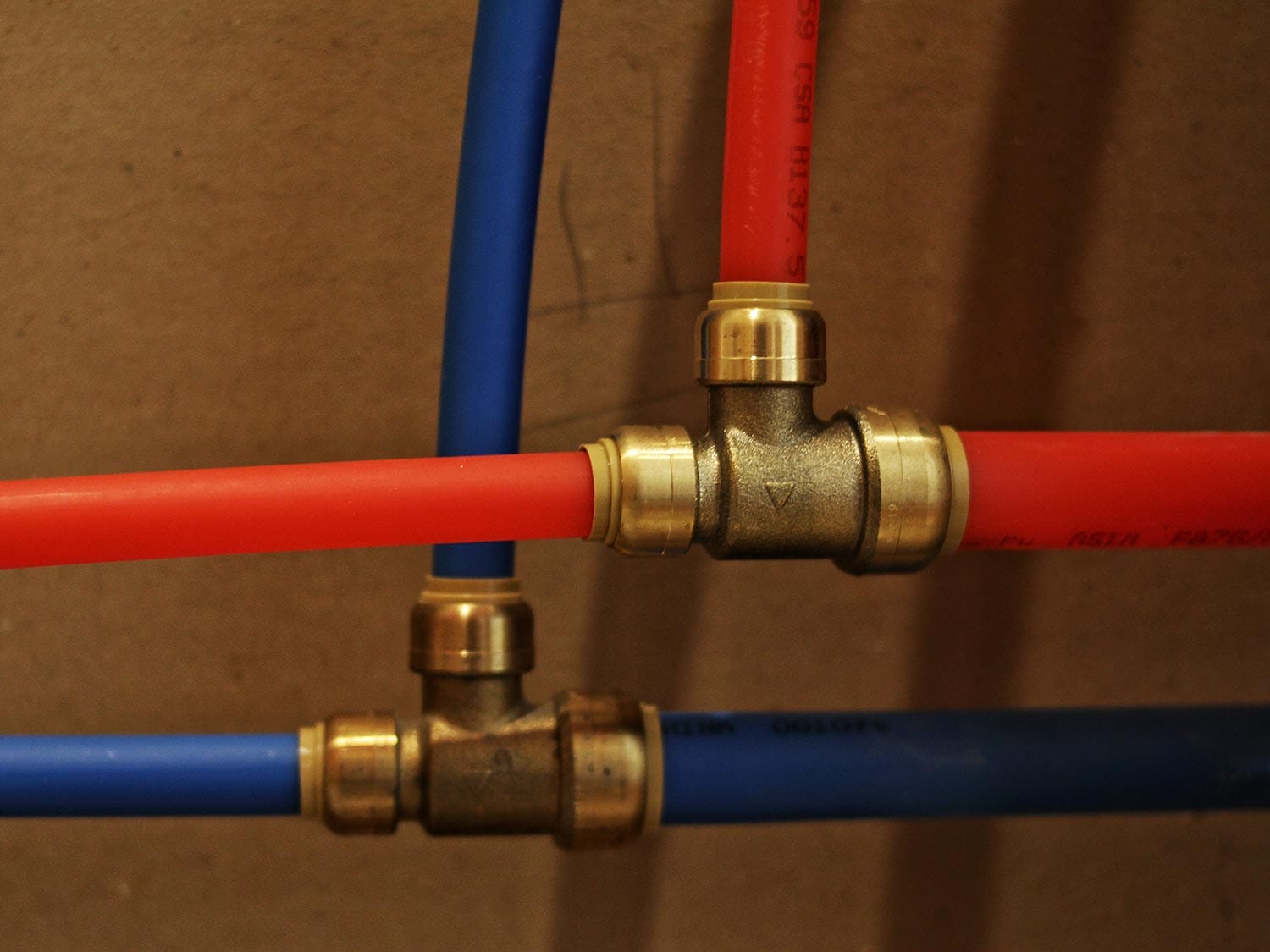 However, we are not saying that PEX pipes won't break at all when subjected to extreme pressure. They will also yield at a certain temperature, and it would cause the pipes to break.

To avoid this from happening, it's best to insulate your PEX pipes to give them proper protection from temperature changes. In turn, this will help mitigate the risk of bursting pipes and the costly water damage that comes after.

But considering PEX pipes' nature to expand and contract depending on the temperature, you would also need to use a product that's flexible to be able to accommodate the pipes' changes in size. Because of this, experts say that the best material to use for PEX pipe insulation is foam.

There are foam pipe sleeves that are readily available on the market for those who are interested to do this as a DIY home improvement project.

Check out this foam pipe insulation on Amazon.

Here are the steps to insulating PEX pipes properly. 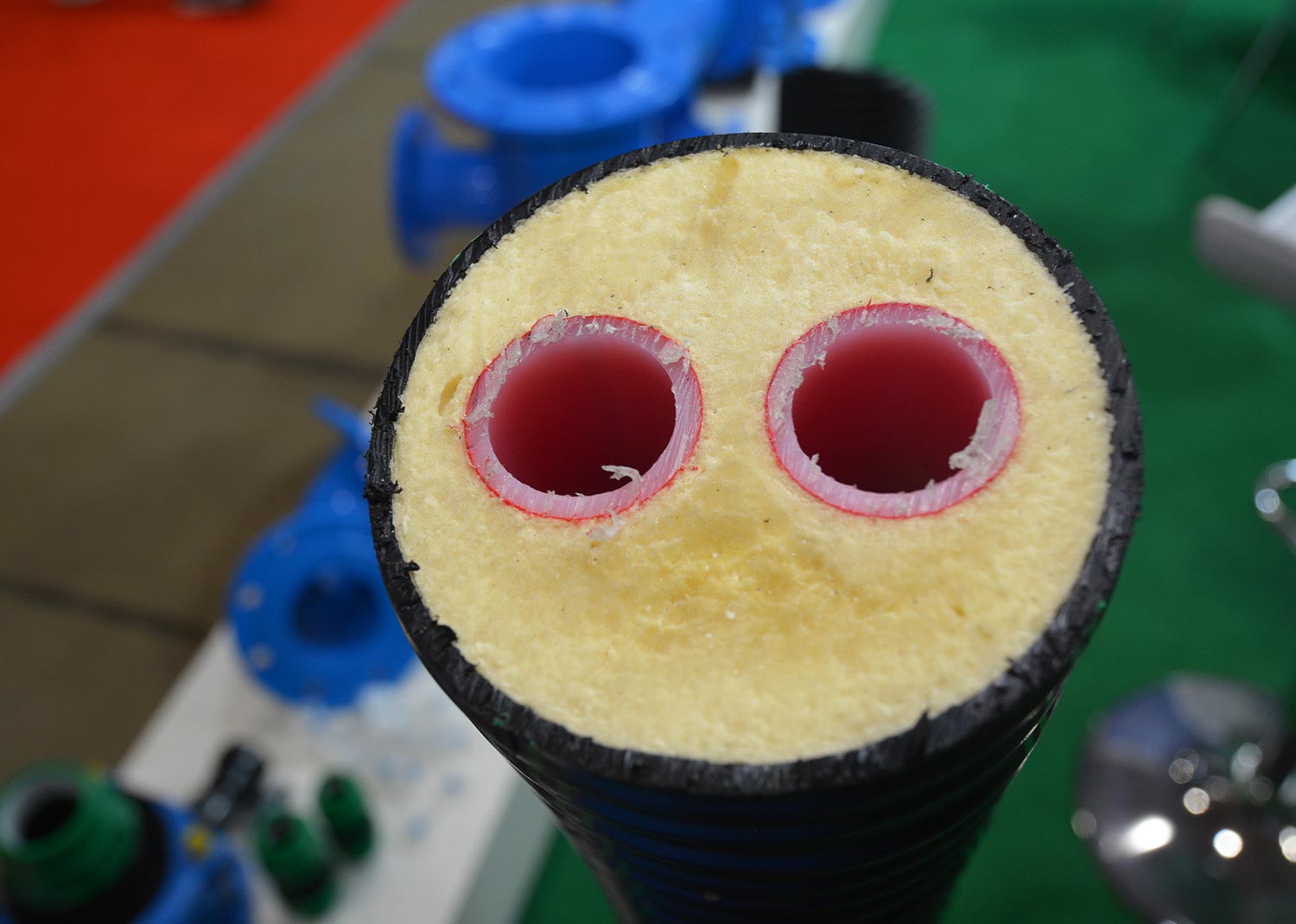 As you can see, installing foam pipe insulation on your PEX pipes is so easy. You don't need to use any special tools for the job. The foam comes with adhesive tape making it very convenient for users to install this material over the pipes.

It'll only take a little of your time, and yet you'll be able to give your pipes lasting protection and help extend their lifespan for years.

Is PEX better than PVC?

PEX or cross-link polyethylene and PVC or polyvinyl chloride are both kinds of plastic pipes commonly used in residential plumbing. Both are classified as thermoplastics.

Each material has its own pros and cons that we'll discuss in detail. 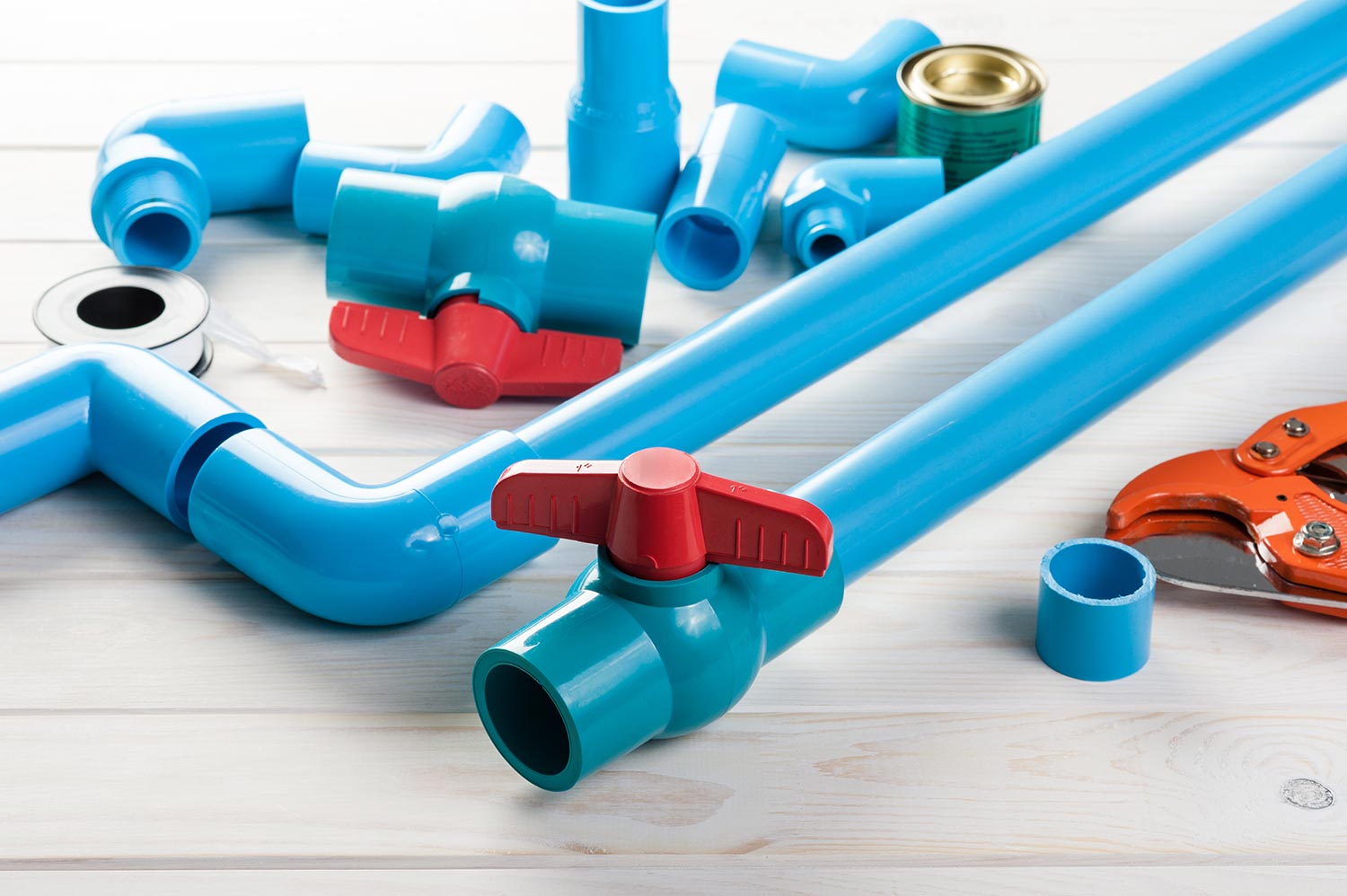 PVC is perfectly safe to use above the ground or outdoors, although coating them with special paint will help them last better against the harmful UV rays.

These pipes are also eco-friendly. If you need to have your PVC pipes replaced, you can have them recycled so that they won't add up to our environmental wastes.

Some PVC types are very rigid that you can't mold them into bends and curves. This means that you'll need more elbows to connect one part to another. The more elbows there are, the greater possibility of water leaks, especially when they aren't installed properly or when the adhesives deteriorate over time.

PVC pipes can only be used for cold water plumbing systems. They have lower heat resistance which limits their usage in plumbing.

It is also easier to install PEX since they are flexible. They can be molded into different shapes to form bends and curves as needed. This eliminates the use of elbows or connectors. This translates to fewer sources of possible leaks. When metal connections are required, it is better to use PEX than PVC because it won't corrode.

Since they are easy to install, the labor cost for installation is also lower. PEX pipes also don't create much noise when you use them, unlike other plastic pipes.

PEX pipes are more expensive than PVC pipes. They aren't recommended for outdoor use because they can't endure the harsh UV rays. There have also been issues regarding water contamination when using these pipes, but this can be avoided by using impermeable tubing.

How long does PEX pipe last? 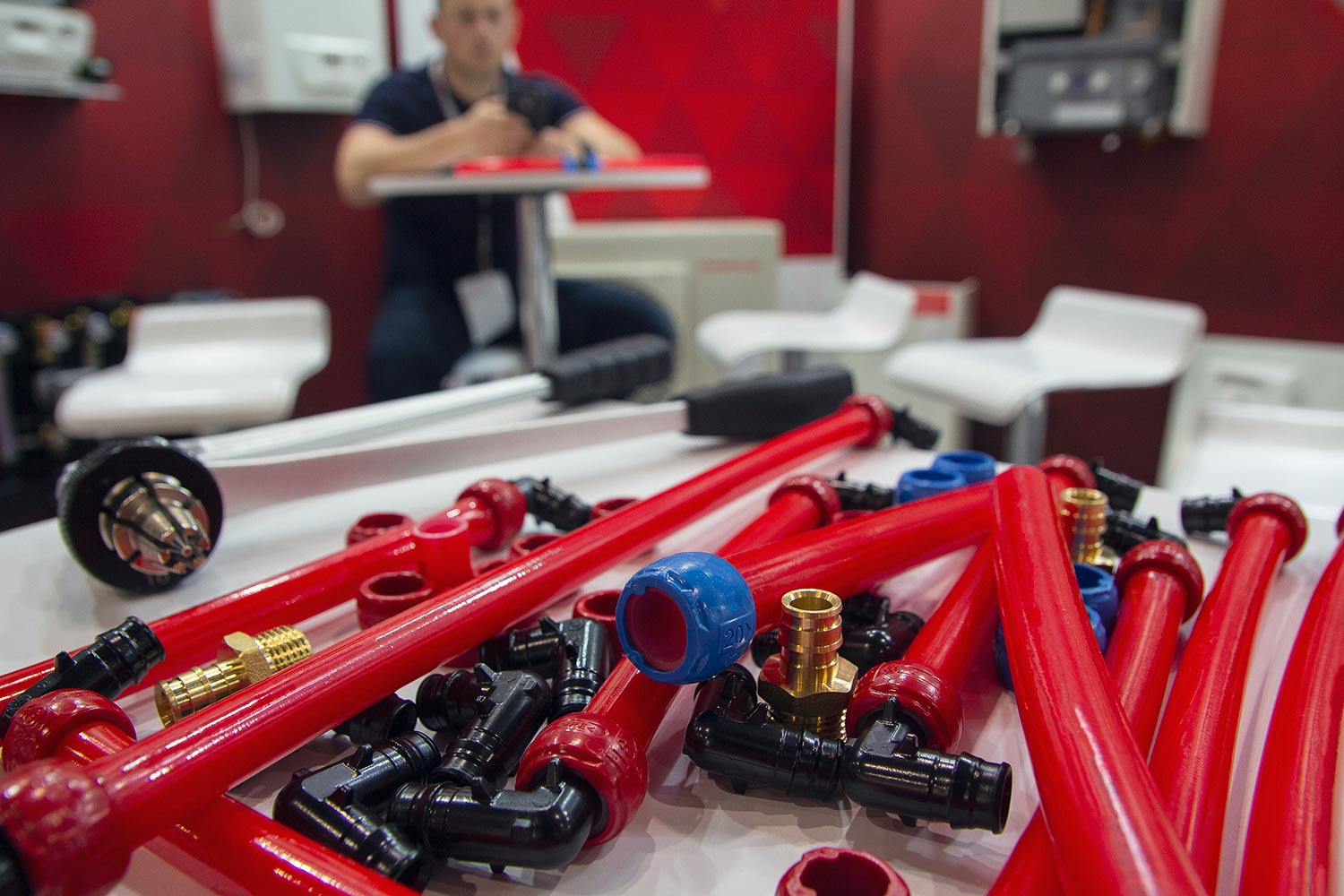 PEX pipes quickly became a popular choice for home plumbing because of their affordability and durability. As mentioned earlier, copper pipes cost twice as much as PEX pipes.

When it comes to life expectancy, PEX pipes are said to last for as long as 50 years. Since PEX pipes have only been introduced to the US market some 40 years ago, long-term testing for the durability of these products is still ongoing.

But reports point out that these pipes have the potential to last for 100 years or more with proper usage and maintenance. They aren't prone to corrosion that could lead to pinhole leaks. That's why there won't be any need for homeowners to replace their plumbing systems as long as their pipes are properly maintained.

Various factors can affect the lifespan of PEX pipes. These include exposure to extreme temperatures, UV rays, and the presence of rodents.

PEX pipes have been tested to endure temperatures as high as 200 degrees Fahrenheit. However, these pipes aren't meant to be used outdoors, where they'll be directly exposed to harsh UV rays. These can weaken their material and cause them to break. Meanwhile, rodents can chew on these pipes and damage their surfaces.

PEX pipes are recommended to be used underground and indoors so that you can maximize their lifespan. Make sure that there are no rodents in their location, and it's also best to use proper insulation to give your pipes the best protection.

For your home insulation resources, you may visit the following links:

How To Insulate Garage Door Sides

How To Insulate Crawl Space Walls

How To Reset A Hayward Pool Heater

Which Kitchen Chimney Is Best: Auto-Clean Or Manual?

Can You Place An Air Purifier On Carpet [Is It Safe]?