As a homeowner, you may want to remove the radiator on your combi boiler system but are wondering how to go about it. Fortunately, we've done the research for you, and here is what we found.

The following are step-by-step guides for removing a radiator on a combi boiler system:

Removing a radiator on a combi boiler system is not as difficult as it seems; all you need to do is follow these steps carefully. Keep reading to get detailed information on how to remove a radiator.

How To Remove A Radiator On A Combi Boiler System

You might want to remove a radiator from your heating system. Here are the steps to follow:

Step 1: Turn Off  The Combi Boiler And Valves

This is the first thing to do. It is recommended to turn off your boiler before starting the process. You don't want to harm yourself while removing the radiator. To be safe, turn off the system and wait for it to cool down.

It is possible that the surface section of the radiator won't feel hot when touched, but you don't want to place your hand on one of the hot internal components.

To separate/isolate your radiator from the rest of the system, you also need to turn off the thermostatic radiator valve, also known as the TRV.

Find the thermostatic radiator valve (TRV) - the knob on the side that has numbers - and set it to zero or off to turn off the radiator.

Once located, use a wrench to turn the lock shield in a clockwise direction until it is completely closed. Take careful notes of the number of times you have to turn the valve while working on it.

Step 2: Remove The Water In The Radiator 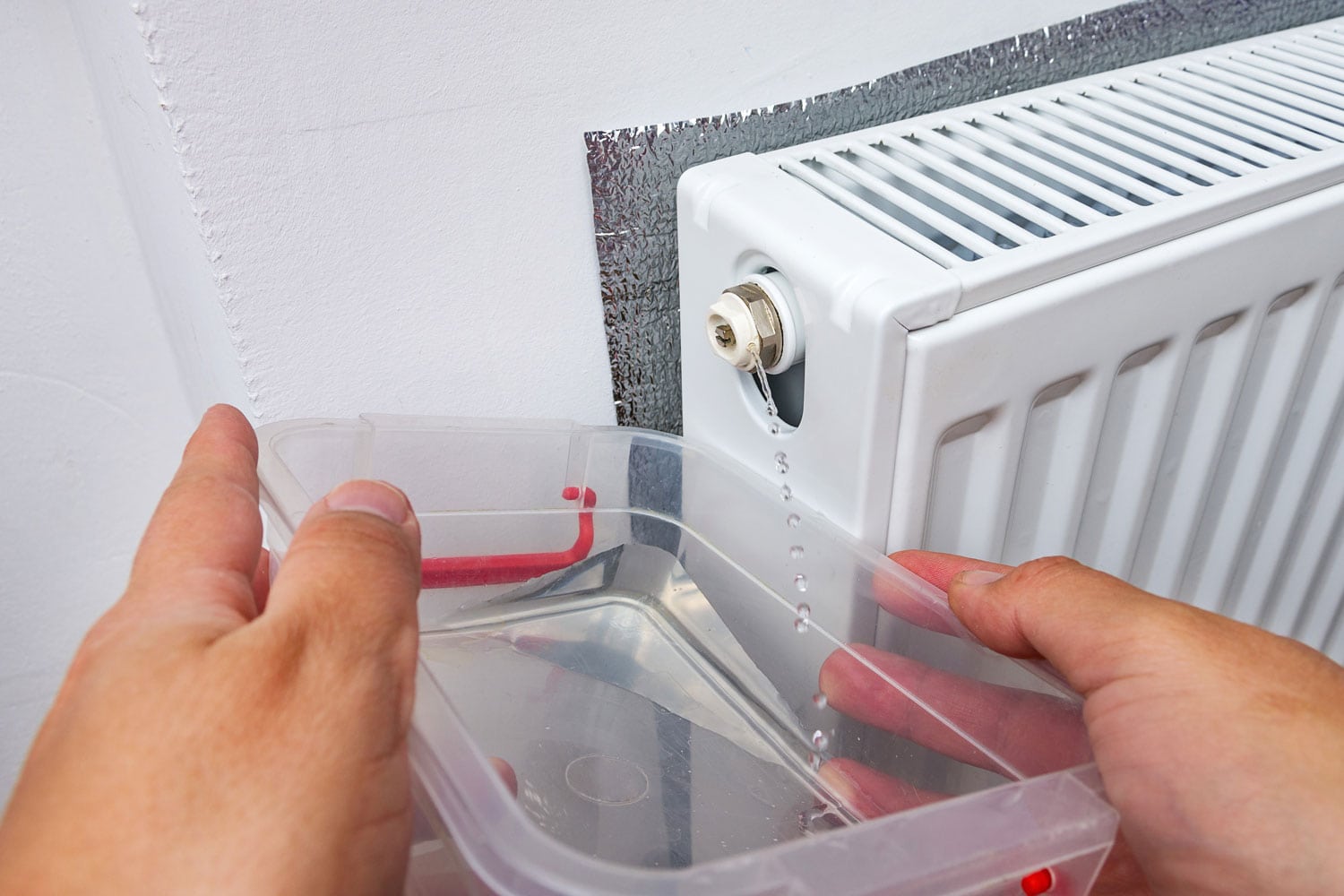 Before removing the radiators, you need to drain any water in them. If you do not do this, you risk flooding the area and causing great damage.

After that, the next step you need to take to drain your radiator is to find the drain valve at the lower part of the device. It usually looks like a small tap, so you can easily find it. Use an adjustable spanner set to open the valve.

Put a bowl or a bucket under the radiator's drain valve to collect any water that may leak out. Unscrew the nut that is connected to the valve and the radiator. When you turn the bleed valve counterclockwise, water will flow down into the bucket below.

You may need to apply some pressure to get started, but be cautious to avoid stripping the threading. Simply rotate it until water begins to rush out. Next, turn it back to its original position once the radiator is without water.

Click here to view this adjustable wrench on Amazon

Step 3: Detach The Radiator From The Pipes

You can begin disassembling your radiator now that it is empty. The kind of pipes your radiator is attached to will determine how you remove them.

If you have a copper pipe, unscrew the nuts that secure your radiator to the copper pipes. If they are made of plastic, to disconnect the radiator from the pipes, just pull them away carefully.

After removing the radiator from the pipe, tilt it slightly so that any remaining water can drain. This is the last phase of the draining. 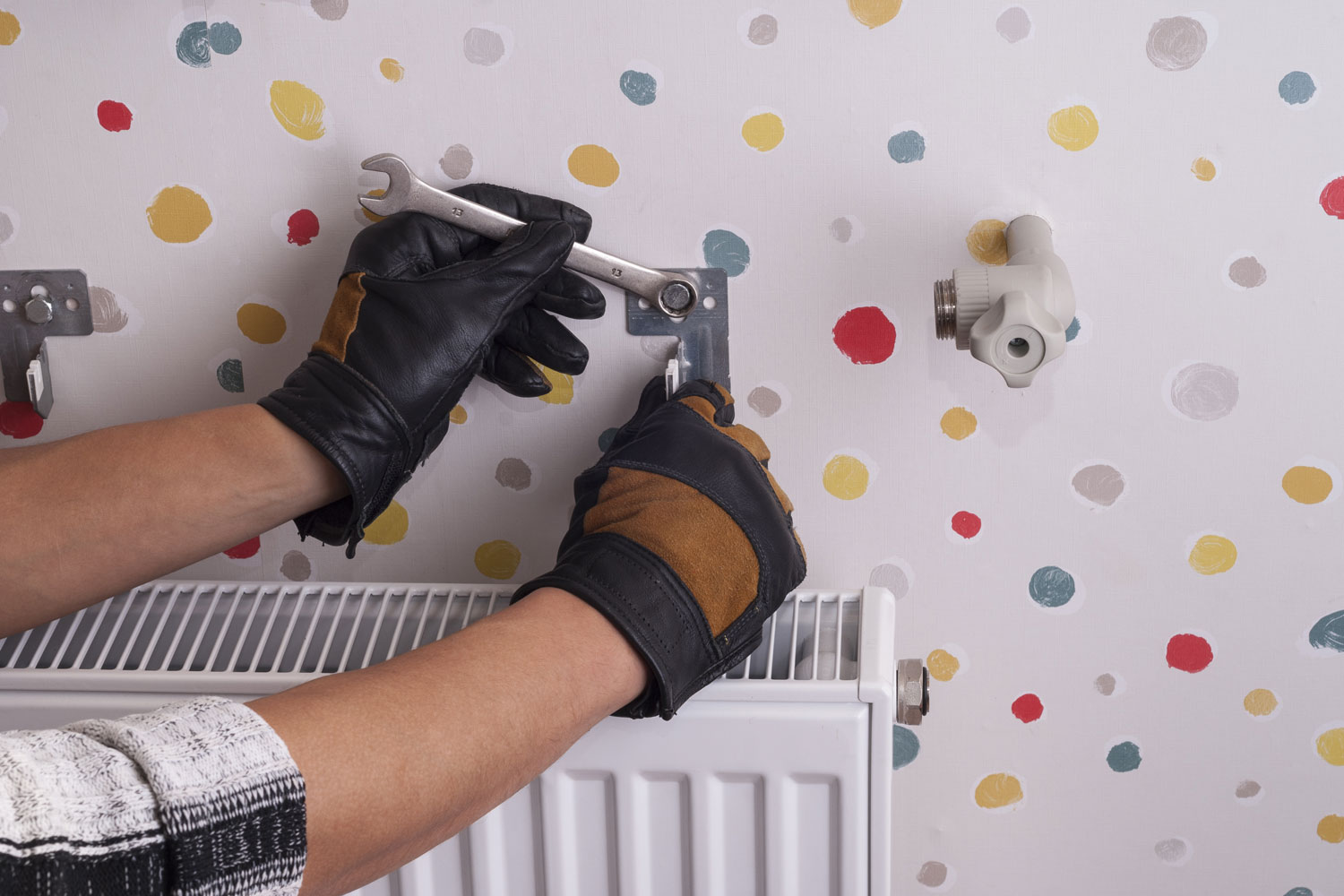 After you have removed the pipes and ensured that all the water had been removed from the radiators, you can now start detaching it from the wall. Only do this if you want to remove the radiator permanently.

If your radiator is exceptionally heavy or difficult to remove, you will likely need assistance to complete this step successfully. Radiators are typically secured in place by two radiator brackets.

Remove the two radiator brackets screwed into the wall using a screwdriver or a drill to unscrew them.

After the screws have been removed, carefully lift the radiator and take it away from the wall, taking care not to cause any damage to either the radiator or the wall itself.

After removing the brackets, the next thing to do is to cap off the radiator valve so that water will not flow through them. A closed valve will not allow water to pass through; however, some older systems might have leaks.

To put a cap on, you need to screw it onto the valve, then use a wrench to tighten it. You can consider removing the pipe sticking out of the wall. However, it is advisable to call a professional since the task is complex.

Yes, removing a radiator affects the boiler's pressure. When you take radiators out of a boiler, there is a possibility that things will change in the system.

When you remove a radiator from a heating system, you reduce the number of points at which water can circulate throughout the system. As such, if you take out a good number of radiators, the system's pressure may rise to unsafe levels, resulting in different issues.

Can I Take Off A Radiator Without Draining The System? 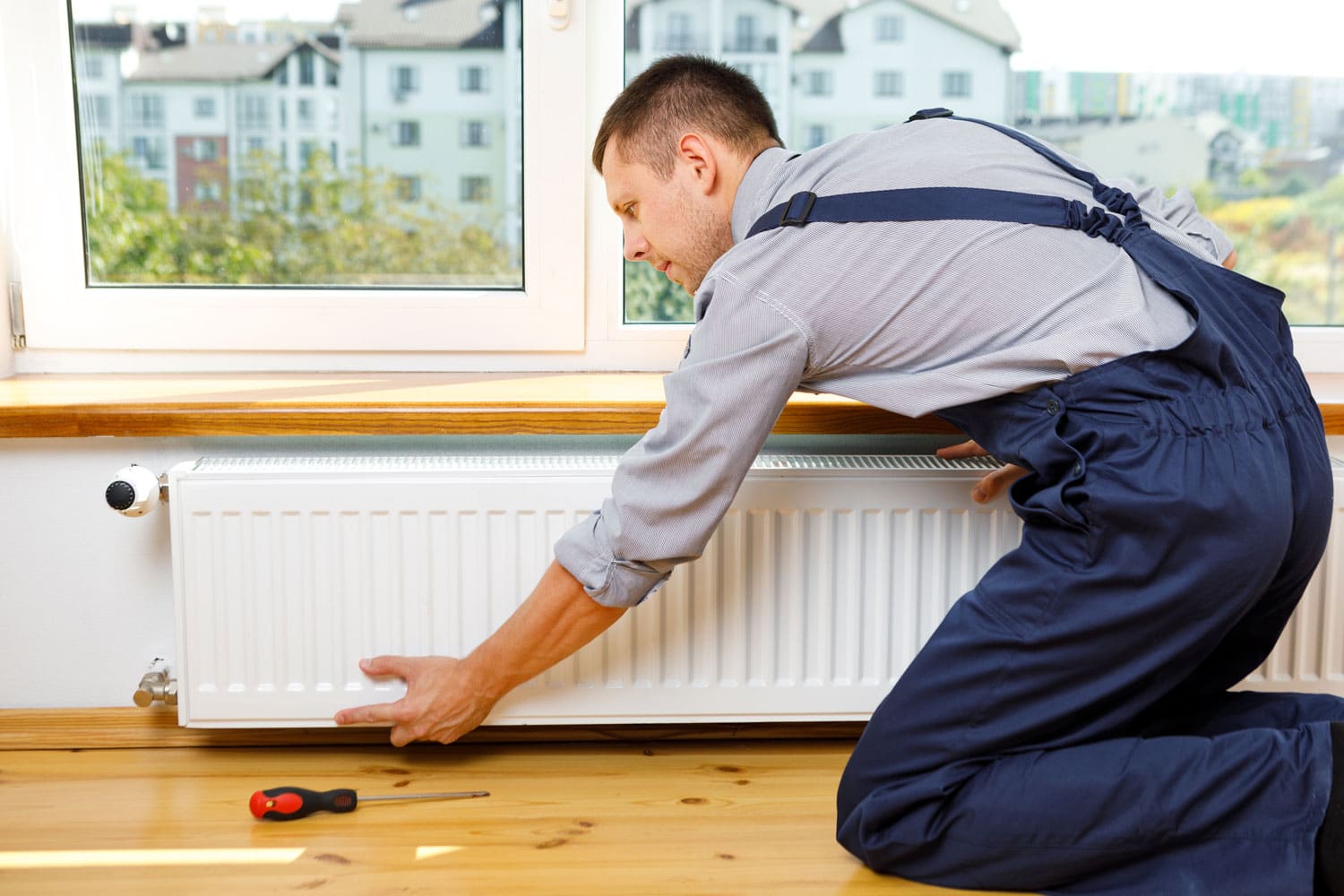 Yes, you can remove your radiator without draining the system. When only one or two radiators are removed, it is typically not necessary to drain the entire system.

However, it is important to close the valves and remove the water inside. If you don't plan on fixing the radiator back, consider capping the pipes.

Even if you drain the system, there won't be any negative consequences, but you will add more labor to the radiator removal process.

How Much Does It Cost To Remove Radiator On A Combi Boiler System? 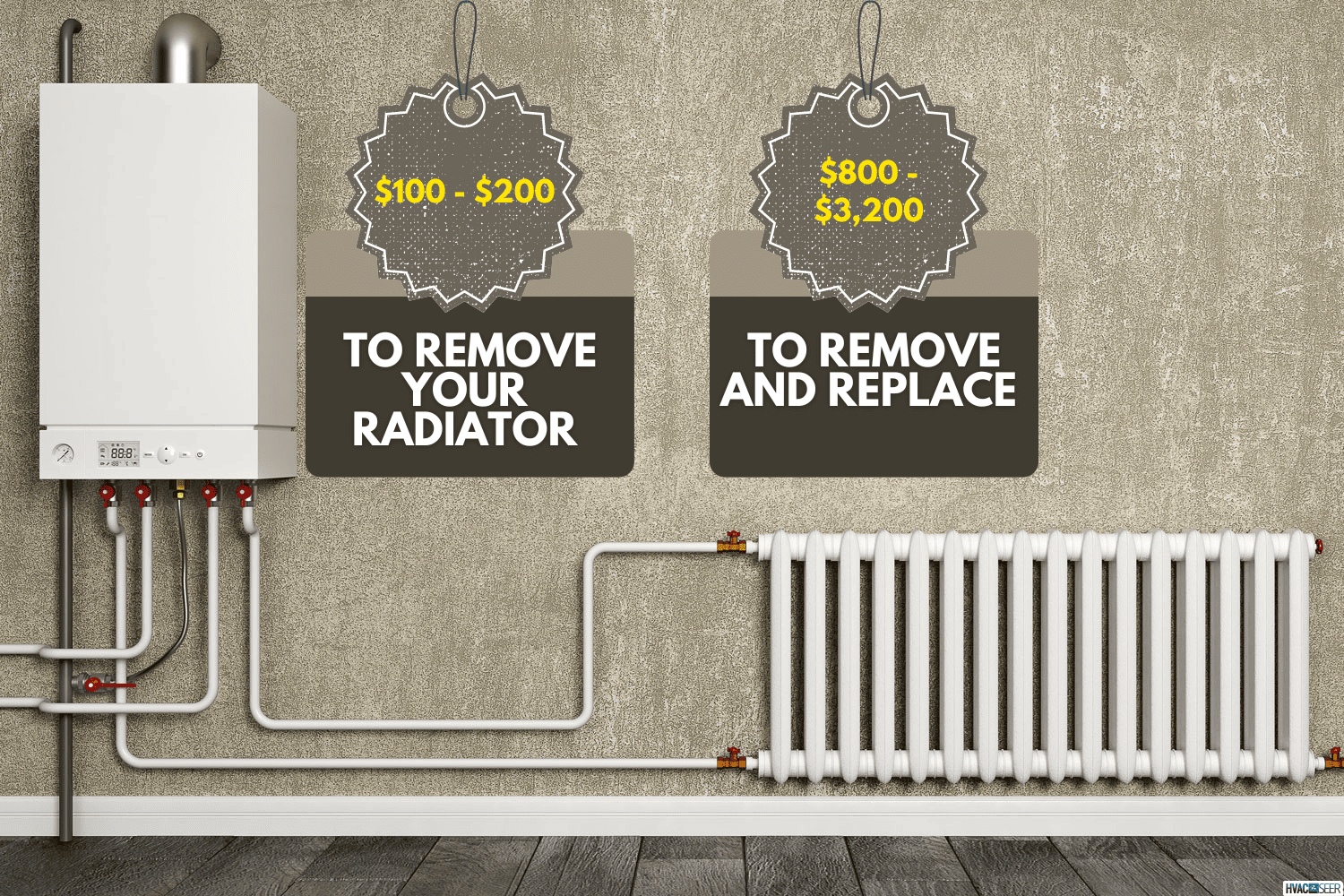 The Combi boiler's radiator is sturdy and dependable. However, just like any other electrical device, the radiator has a finite lifespan and will, at some point, need to be removed.

The good news is that the costs of removing and repairing the radiators are among the more affordable maintenance expenses that can arise.

Nevertheless, removing and replacing the device is a significant burden for some homeowners, particularly if it suddenly starts having issues.

So, it is important that you educate yourself on the approximate cost of removing and replacing a radiator to be on the safe side.

The overall cost to remove and replace a Combi boiler's radiator will greatly depend on various factors, such as the type of radiator in question, its size, and even its location within your home.

You should spend anywhere from $100 - $200 to remove your radiator, but you should expect to spend more if it is replaced.

On average, removing and replacing a Combi boiler radiator can cost anywhere from $800 to $3,200. However, some replacements can be completed for as little as $250 or $500, depending on the job.

Can You Run A Combi Boiler Without Radiators? 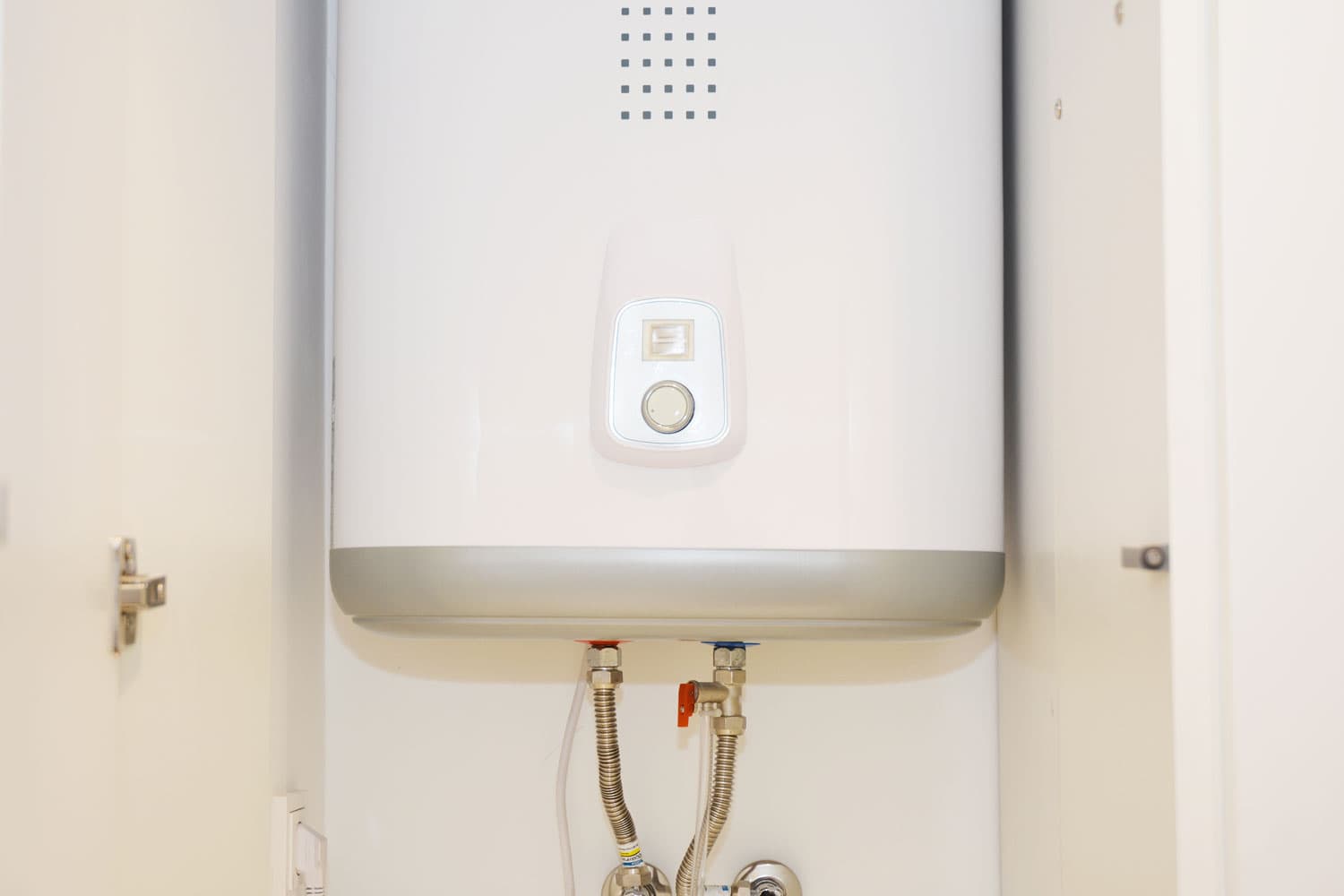 Yes, you can use your combi boiler even after removing the radiator. This is possible because a radiator's connection to the Combi boiler can be easily disconnected.

Therefore, in most circumstances, removing a radiator won't necessarily affect the smooth running of a boiler. 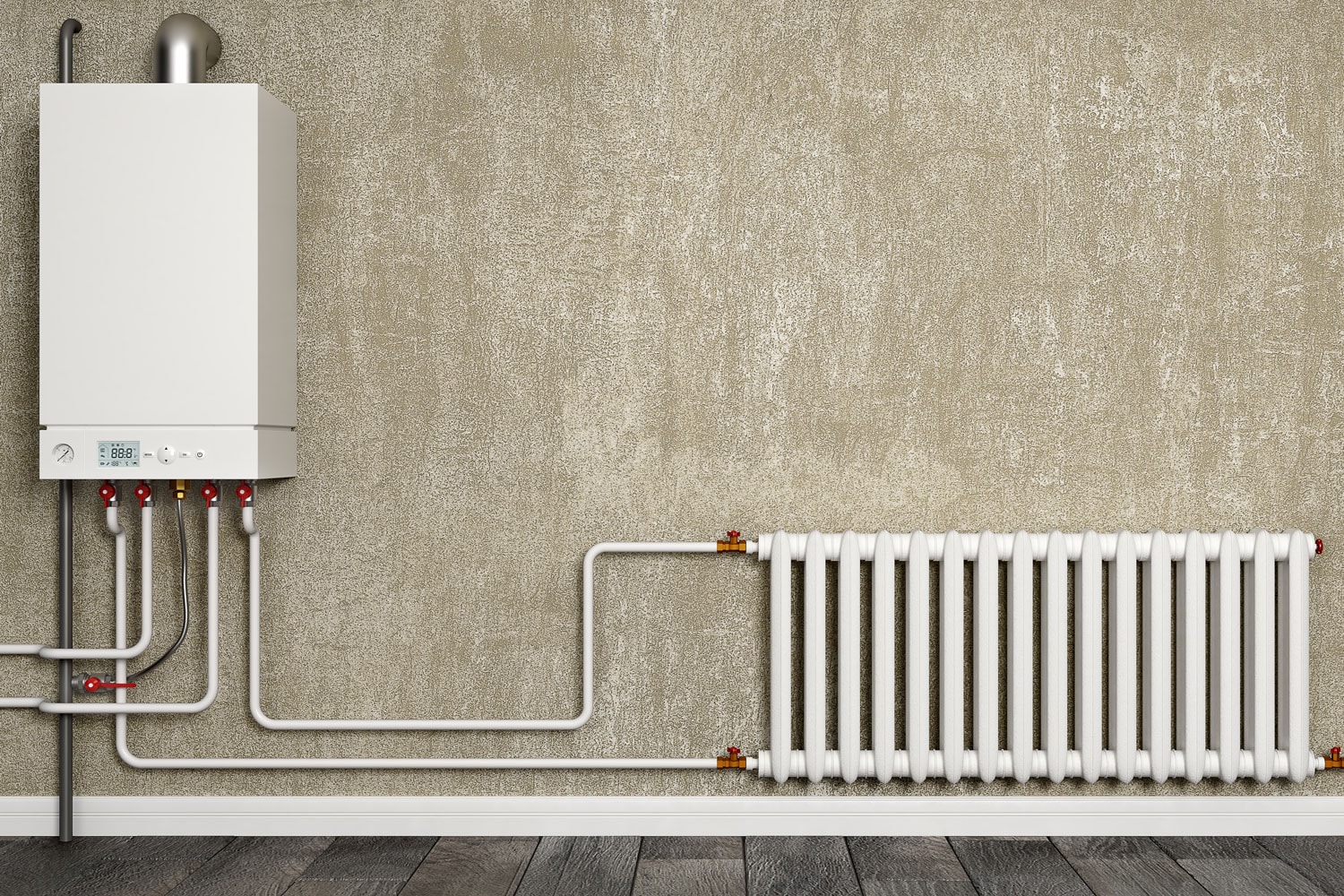 Don't forget to cap the radiator valve also. You can consult a professional if you find removing the radiator difficult.

How To Remove Paint From Copper Radiator Pipes?

Can You Plaster Over Pipes? [Inc.Plastic, Copper, Radiator, Gas, And More]

Can You Use A Fan With A Humidifier At The Same Time?

How Hot Can A Propane Furnace Get?

How To Keep Blown Insulation Out Of Soffit Vents?

Should You Clean The Ash Out Of A Fireplace?