A ceiling fan remote typically has an on and off button, which allows you to regulate the direction and speed of the blades. It can be very inconvenient when your Minka fan remote is not working as expected. If you're having this issue, we have researched to help you reset your remote.

Resetting a Minka Aire ceiling fan remote can be accomplished in several ways, but the simplest procedure is as follows:

Keep reading to know more about troubleshooting your Minka Aire ceiling fan remote, including other issues affecting your fan. 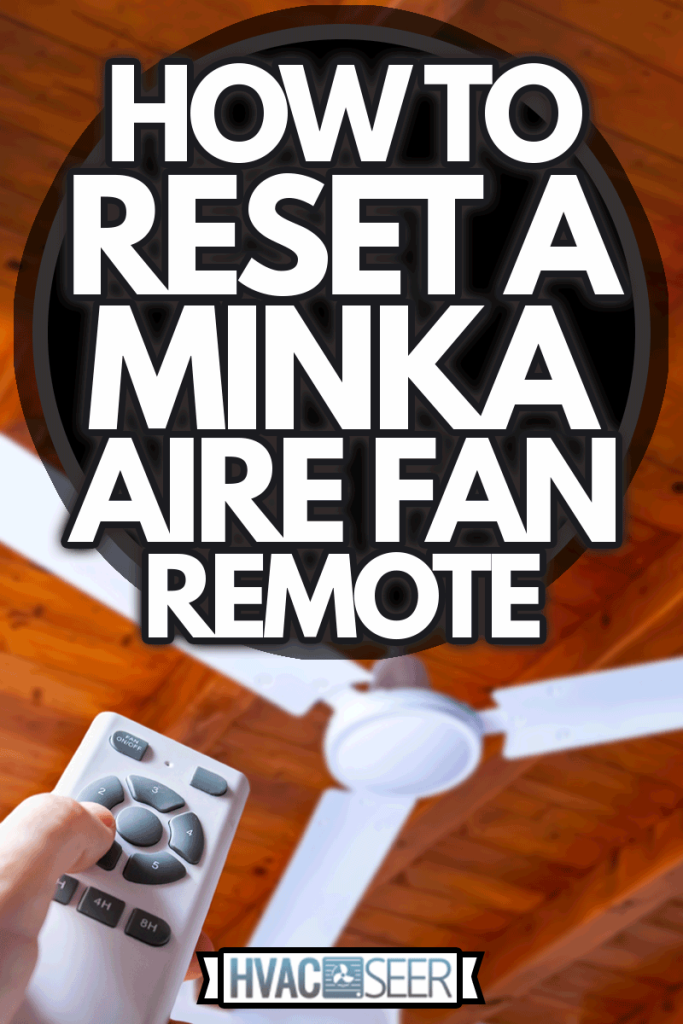 Minka fans are ceiling fans made by the Minka Group. These fans have been designed to properly circulate air while bringing the effect of a cool breeze. Minka Aire began as a natural outgrowth of Minka Lighting, Inc. in 1993.

Minka Aire has successfully transformed a functional appliance into a work of art for practically any space, with both transitional and modern ceiling fans in its line. Minka fans can now be found in a wide range of modern applications where the ceiling fan has evolved from a practical component to a focal point of the room.

Minka's ceiling fans blend detailed designs with modern finishes and materials such as wood or aluminum to create industrial-inspired fans in various styles. 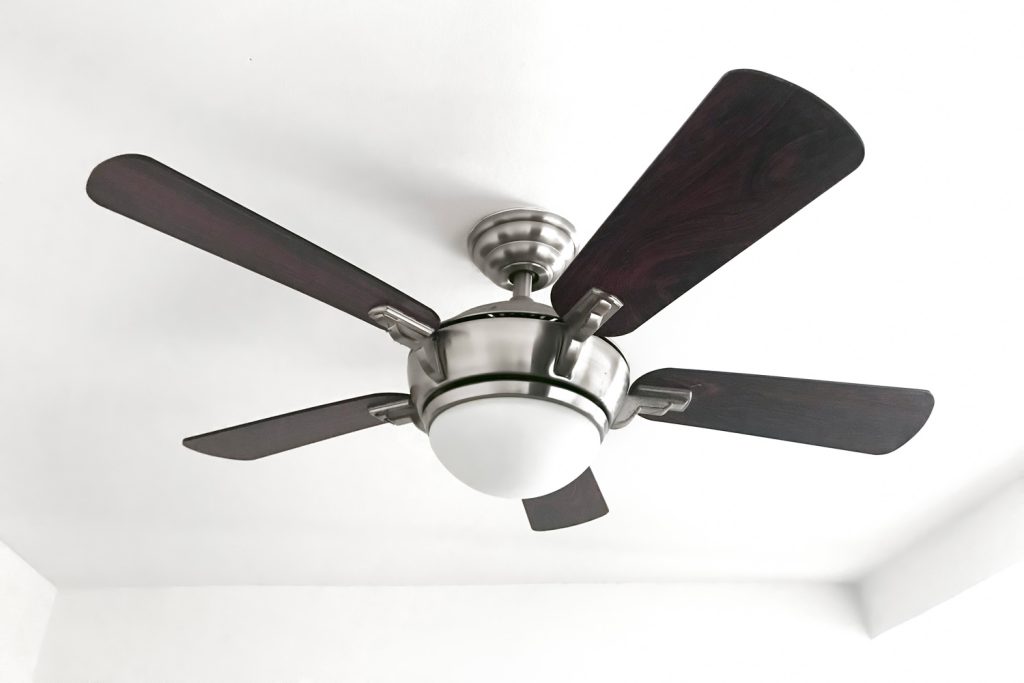 There are also numerous more traditional, transitional, and even tropical fans in the Minka line, so it's easy to discover what you're looking for. Minka Aire flush mount ceiling fans are ideal for small areas and rooms with low ceilings.

Use Minka Aire fan parts and accessories to get the most out of your ceiling fans. And you'll be pleased to learn that Minka Aire's customer evaluations are consistently positive. Here are some of their popular models.

The Artemis Ceiling Fan is a popular design with a distinctively curved fan blade that comes in various finishes and designs. If you look attentively, you'll see the Artemis in major home and garden magazines from time to time.

The Spacesaver ceiling fan has a built-in halogen light and is ideal for tiny, unique spaces in your home. If you want a huge ceiling fan, you should use the Xtreme Ceiling Fan size or the Minka Aire Aviation, which comes in various sizes.

When the ceiling fan's remote control stops working, it can be an uncomfortable experience.  In everyday use, remote controllers are exposed to various factors, which frequently cause them to malfunction.

You must understand how they work and how to cope with broken remotes to avoid this.

A Minka Aire ceiling fan remote can be reset in several ways. Removing the battery cover and pressing the remote's button for 10 seconds is one option. You need to sync the remote with your fan once more.

After that, turn on your fan and see if it reacts to your remote. Another option is to unplug the fan for a few seconds and reconnect it.

How Do I Sync My Minka Air Fan Remote?

To sync your Minka Air Fan remote, press the STOP button on the transmitters after turning off the receivers' AC power.

Once the receiver has detected the frequency, hold the stop button for over 3 seconds, and the downlight will blink twice. This indicates that the receiver has picked up the transmitter's previously chosen frequency.

You should be able to turn on the ceiling fan and light after completing these procedures. If the fan does not reply to the transmitter, turn off the receiver's power and start over.

Why Is My Ceiling Fan Not Responding To Remote?

A shortage of batteries or dead batteries is the most typical reason a ceiling fan remote does not work. Check to see whether the indicator light on your remote control illuminates. If it doesn't, there's likely a problem with the battery.

Can You Bypass The Remote of a Ceiling Fan? 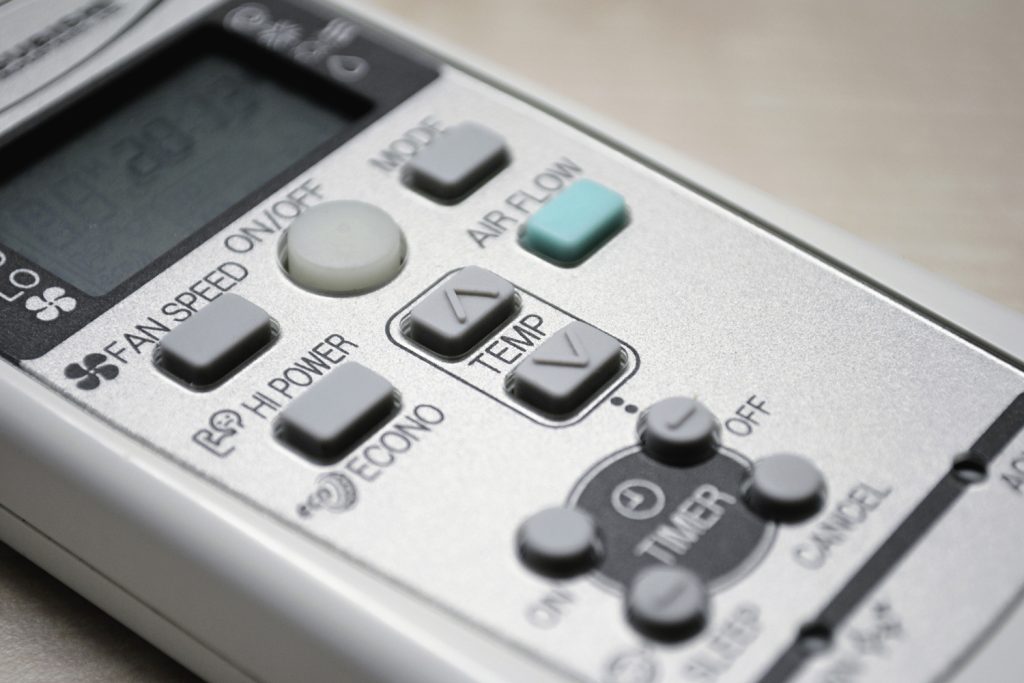 Although some fans can be controlled by remote, you may not want to do so. For most ceiling fan models, switching remote control-operated ceiling fans to switch-operated ones is simple.

You can bypass the remote box. The fan assembly usually has four wires. Black goes to the fan motor. Blue goes to the light. White is neutral. Green is the ground.

There are two switches on the wall, one for the fan and one for the light. You'll have black, red, white, and bare copper wires in the ceiling fan. Connect black to black, red to blue, white to white, and copper to green.

If you don't have two switches. Tie the fan's black and blue into the line's black. You need to note that in older homes, sometimes the electricians put the switch on the neutral wire.

If so, turning off the switch doesn't turn off the power in the box.

Can I Control My Ceiling Fan With My Phone?

Yes, you can control your room fan using your phone, and you can apply this concept to all of your home fans. Another excellent home appliance for added convenience is smart fans.

You can add schedules and routines to a smart fan, in addition to voice and remote control.

A basic Infrared [IR] remote control is usually included, as well as access via a smartphone or tablet app. Alexa and Google Assistant connectivity are common in Wi-Fi fans, allowing voice control of both the integrated lighting and the fan. You'll need to download a specific app on your smartphone or tablet.

Note that if you have too many Wi-Fi devices on your network, you risk interference. Installing a new fan, a smart fan switch, or adding a smart bridge for fans are all options for controlling your ceiling fan with your phone.

Why Is My Ceiling Fan Turning On By Itself? 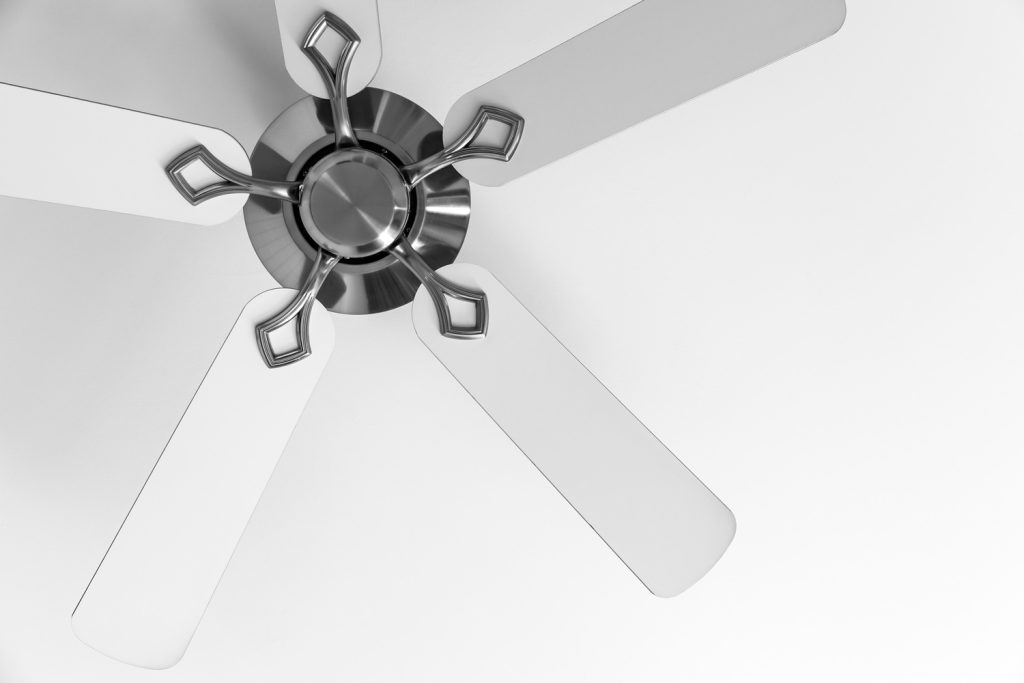 Faulty wiring or comparable signals received from another remote control nearby are the most common causes of a ceiling fan turning on by itself.

Another reason is wiring problems. When there is a problem with a ceiling fan's electrical circuit, the light may switch on by itself.

Even though the switch is not turned on, when the wiring is bad, the current circuit tends to malfunction. This has the capability of turning on the light on its own.

Having remotes in different rooms can be why your ceiling fan is not working. If the ceiling fan light is controlled by a remote, it's possible that a nearby sensor remote is to blame for the light going on on its own. Another reason can be the sensor receiver that isn't working correctly.

In unusual circumstances, the receiver in a remote-controlled ceiling fan light may malfunction and cause the fan to turn off. When it gets signals from other adjacent devices, it turns on the light.

How Do You Reverse a Ceiling Fan Without a Switch?

The right ceiling fan direction is one of the most important things to note while installing your fan. This can change the room’s temperature dramatically.

It is recommended to use the wall switch to reverse a ceiling fan without a switch or a remote. This is most likely attached to the ceiling fan and will instantly reverse the direction of the ceiling fan.

Modern ceiling fan manufacturers, for the most part, provide some form of control to adjust the direction of the fan. This could be a remote control, a wall switch, or the ceiling fan's buttons. It will frequently differ, so consider your ceiling fan model. 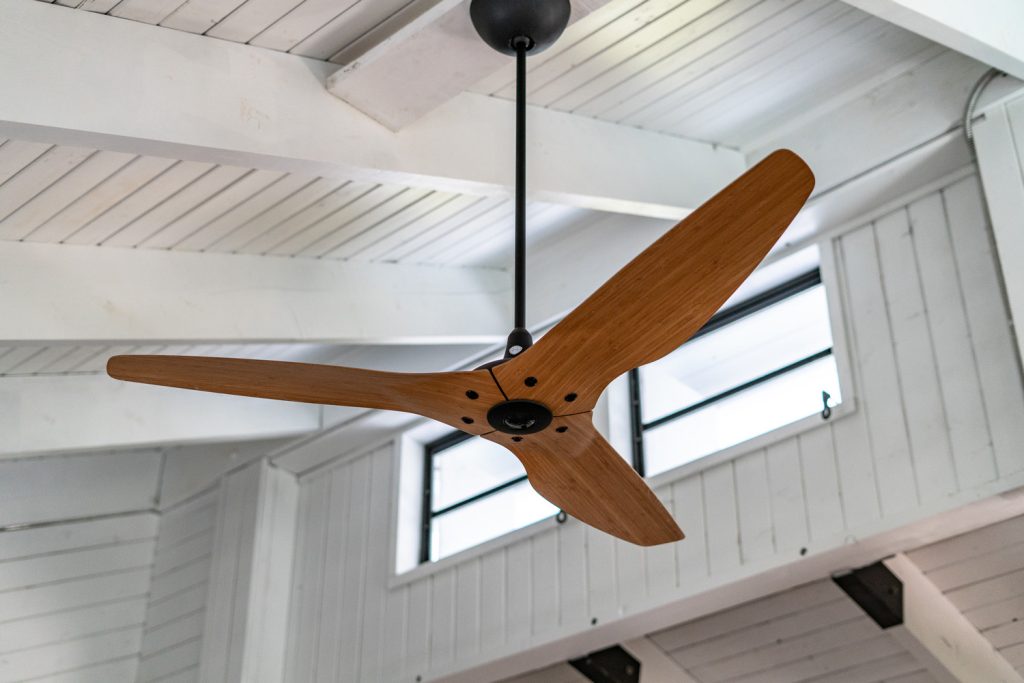 When your Minka ceiling fan remote stops working, you need to check the remote batteries and also check the position of the ceiling fan blade. It is also possible to use your smartphone to operate your ceiling fan as long as it is connected properly.

For more articles on ceiling fans, check out these engaging articles:

What Size Ceiling Fan is Right For a Bedroom?

Should Ceiling Fan Match Throughout The House?

What Size PVC For Your Condensate Drain?

How To Keep Mosquitoes Away From An Evaporative Cooler

Honeywell AC Not Working – What To Do?

How Long is Rheem AC Warranty and Does It Cover Labor?

How Much Do Cool Roofs Cost?

Does Insulation Help With Cooling?