Are you planning to install a new or replacement float switch for the bilge pump on your boat, and you want to learn the correct way to do it? You’ve come to the right place, for we have researched this question and have the answer for you.

Here is a summary of the steps that you need to follow to install a float switch for your bilge pump.

Let’s talk more about wiring your float switch to your bilge pump in the following sections. Learn about another way of wiring the float switch as well as keeping it safe from water in the sections below.

How do float switches work?

A float switch is a type of switch that you’d commonly find in devices that need to activate depending on the presence of water. To accomplish this, float switches have a low-density float that goes up with the rising liquid level. Once the float rises to a certain height, a conductive plate inside the switch float will bridge and close the circuit, allowing electricity to flow through.

The interior of the switch determines how high the float must rise before the circuit closes and allows the flow of electricity. 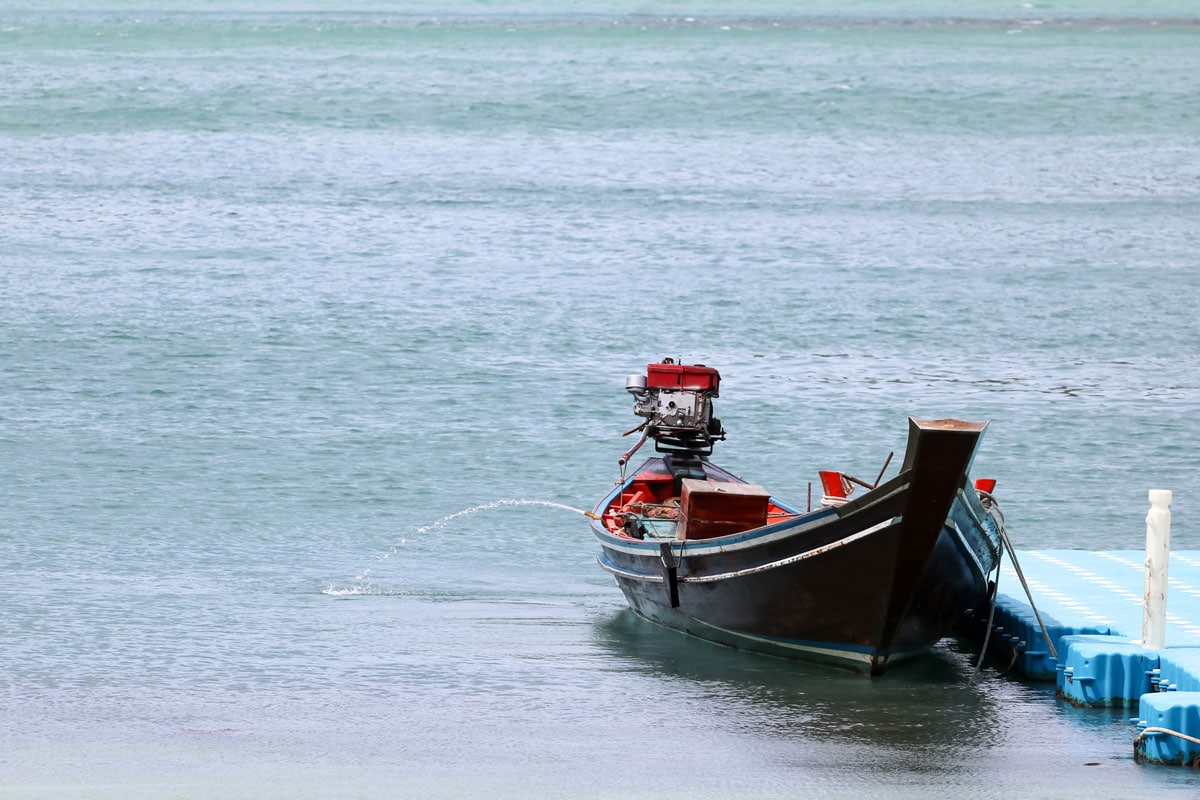 It is a good idea to know what bilge pump you have. Identifying the type of pump lets you know whether you need a float switch or not. 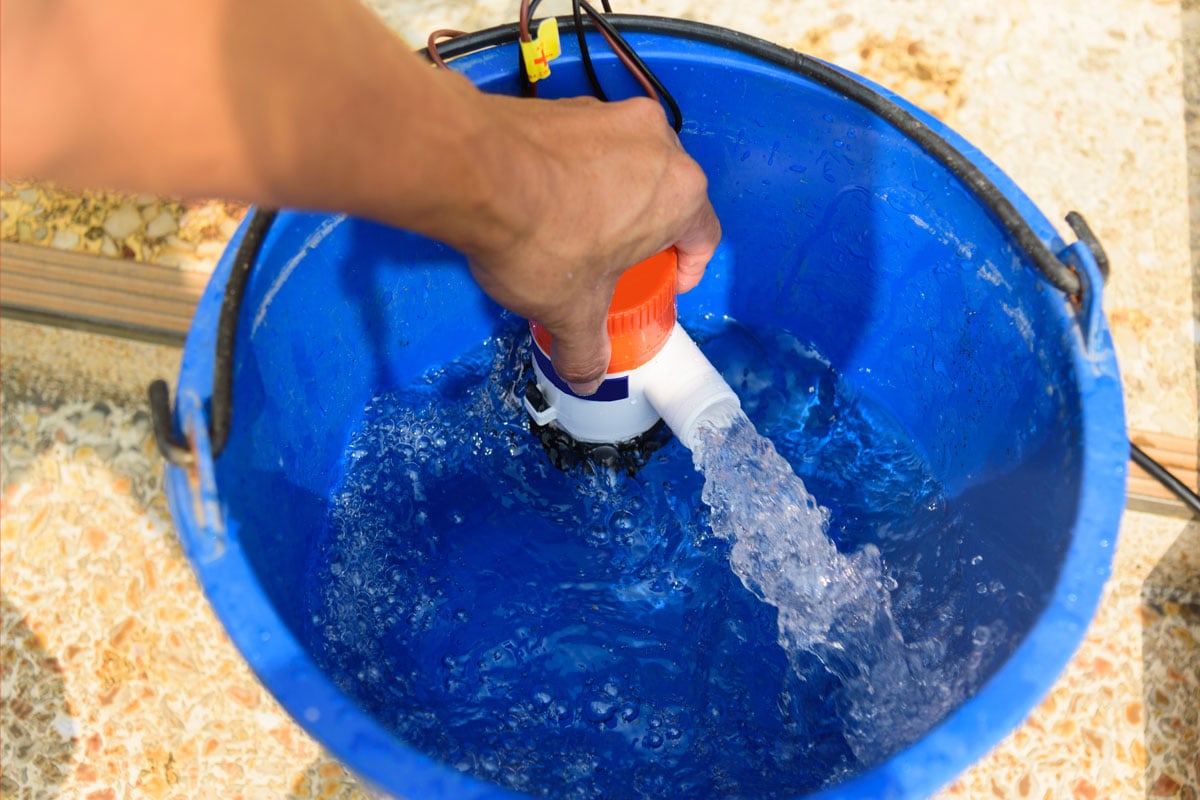 Standard bilge pumps are normally made of a plastic casing to make them resistant to corrosion.

These pumps have two terminals—one for positive and another for negative. This type of bilge pump will require a separate switch to turn it on.

This type of automatic bilge pump turns on when there is water in the bilge. The bilge pump has its own floater inside the pump that functions in the same way as an external floater switch.

The pump can turn on and off intermittently as the level of water goes up and down.

This type of automatic bilge pump turns itself on at regular intervals between two to three minutes.

Whenever the pump turns on, its motor senses the amount of force that it uses to spin. A greater force means that there is water in the bilge. Once the motor determines there is water, it will start to pump the water out of the bilge.

Once the water level drops to the point where the force on the pump becomes low once more, the pump will stop. The pump will then start to turn itself on at regular intervals, and the cycle repeats.

The downside to this type of pump is that it doesn’t stop checking. It will keep running for a few seconds within its regular interval. This can be a problem if you’re trying to get some sleep at night.

How to wire a float switch on a bilge pump? 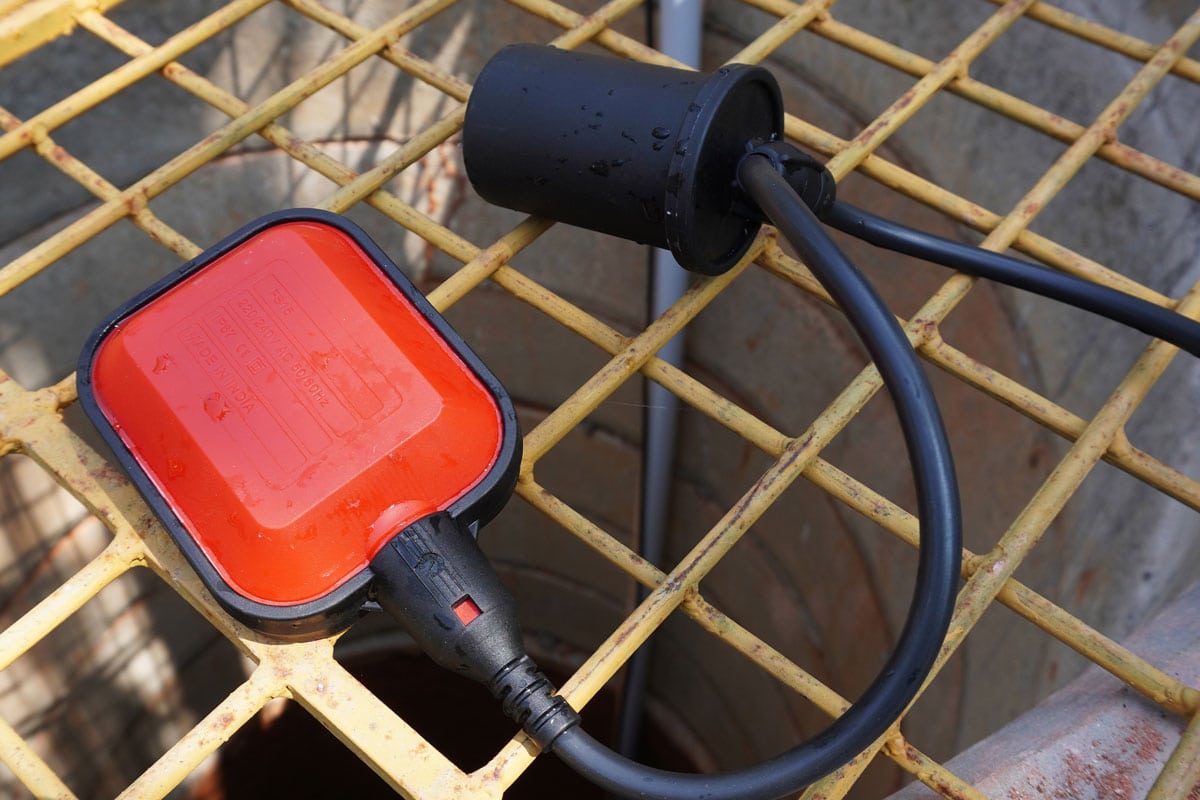 Here are the complete steps to wire a float switch on your standard bilge pump. These steps improve the basic circuit for your float switch above.

Wiring It All Together 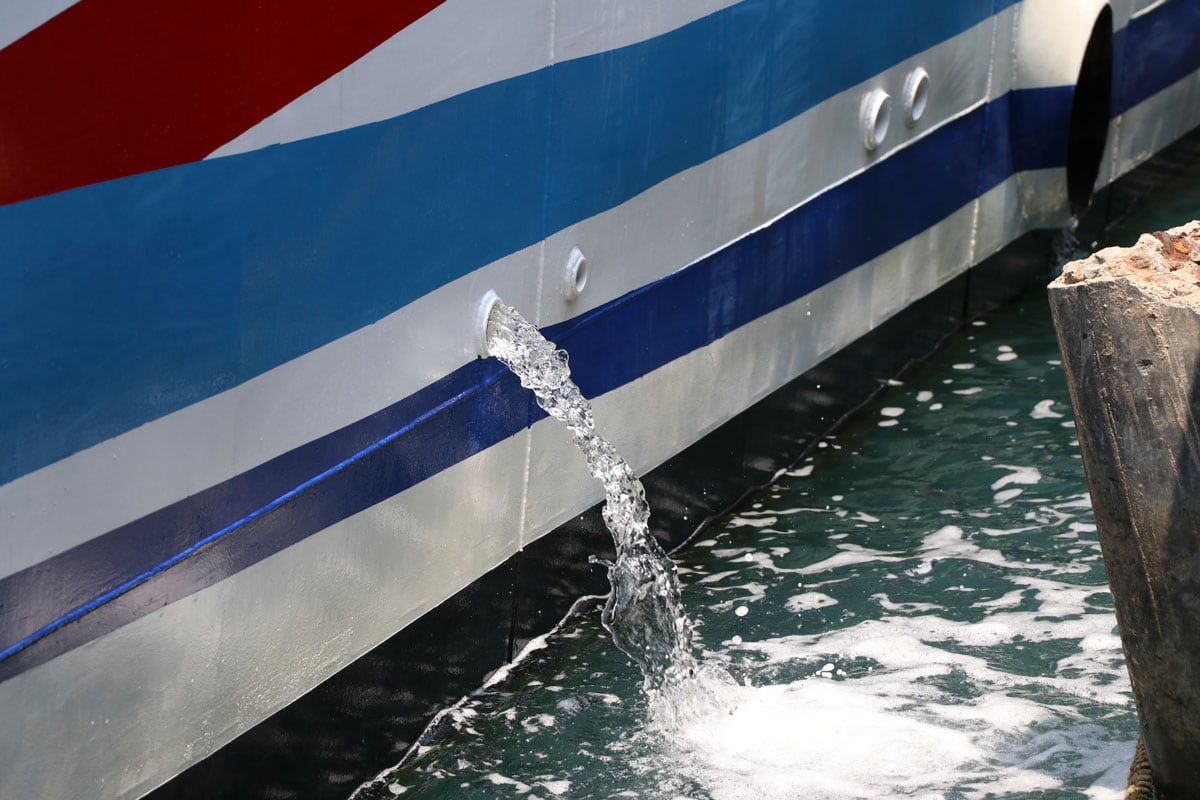 This wiring configuration allows you to have two ways to power the bilge pump. The first way is automatically through the float switch, and the second is through the override switch.

How to waterproof your wiring connections?

Your wires will be consistently exposed to water. You will need to waterproof the wire connections of your float switch and pump. The waterproofing will prevent corrosion and accidentally short-circuiting the connection.

Fortunately, there are several ways to seal your connection against water. You can even combine any two of the methods below to make a better water seal for your connections. 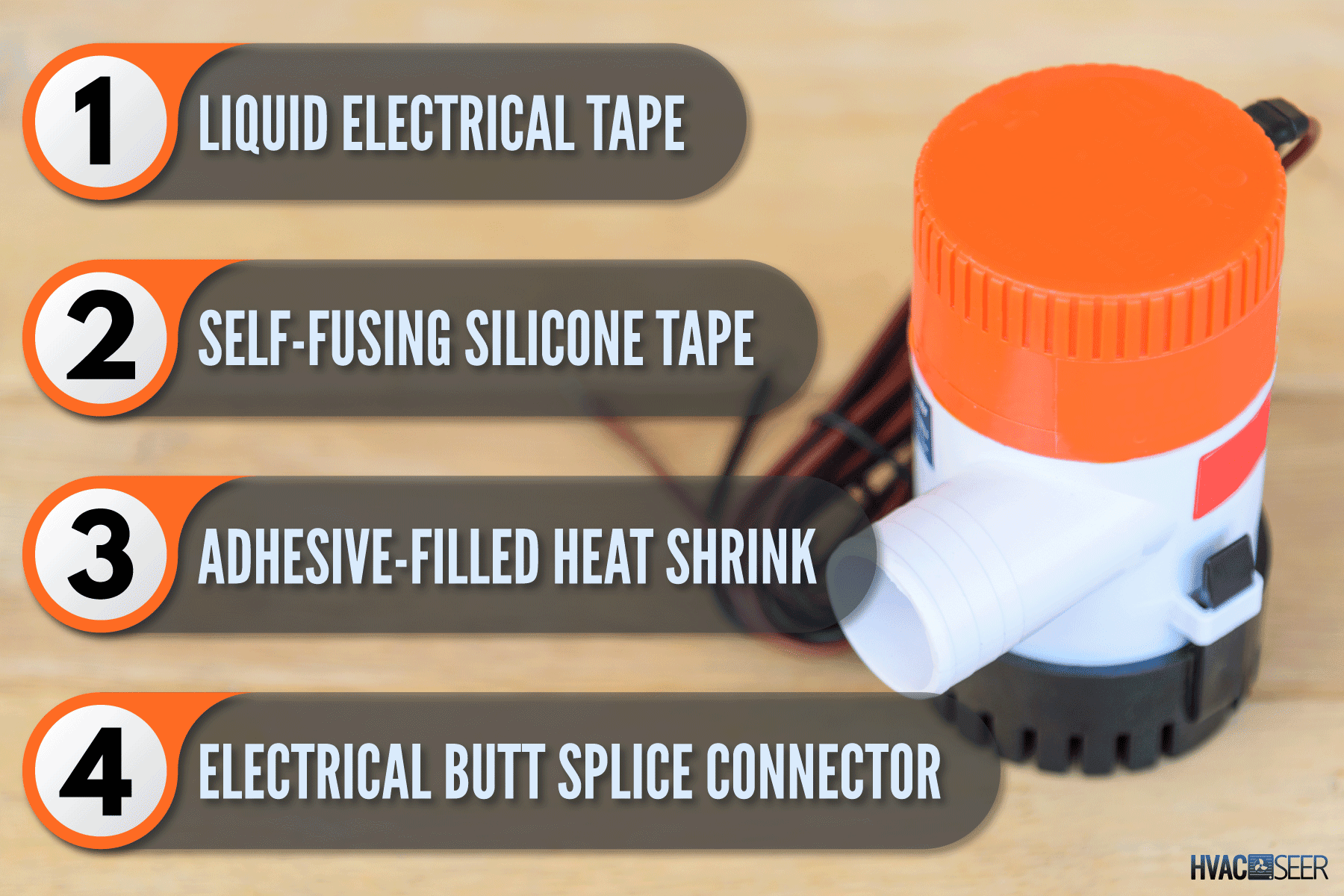 A liquid electrical tape is a water protectant for electrical circuits, not just wires. It starts as a paintable liquid that dries into a vinyl polymer. This protects your circuits from dust, moisture, and chemicals.

Apply sparingly on your wiring connections and let it dry. Apply a second coat for better protection.

Gardner Bender Liquid Electrical Tape is available on Amazon through this link.

It will start to fuse to itself minutes after you install it. It can create an air- and watertight barrier after completing the self-fusion in 24 hours.

Apply the self-fusing silicone tape like ordinary electrical tape to cover your wire connection and leave it to fuse to itself for 24 hours.

XFasten Self-Fusing Silicone Tape is available on Amazon through this link.

Unlike regular heat shrink tubes, this type has a layer of adhesive inside the tube. Once the tube shrinks from the application of heat, the adhesive goes to work to create an air and watertight seal.

Installing it is similar to installing a standard heat shrink tube.

Wirefy adhesive lined heat shrink tube is available on Amazon through this link.

This connector is made for stranded wires and looks like a standard heat shrink tube. The difference, however, is the metal connector in the middle.

Moreover, the ends of the tube have a rubber lining that grips the wire to create a waterproof seal.

Kuject Solder Seal Electrical Butt Splice is available on Amazon through this link. 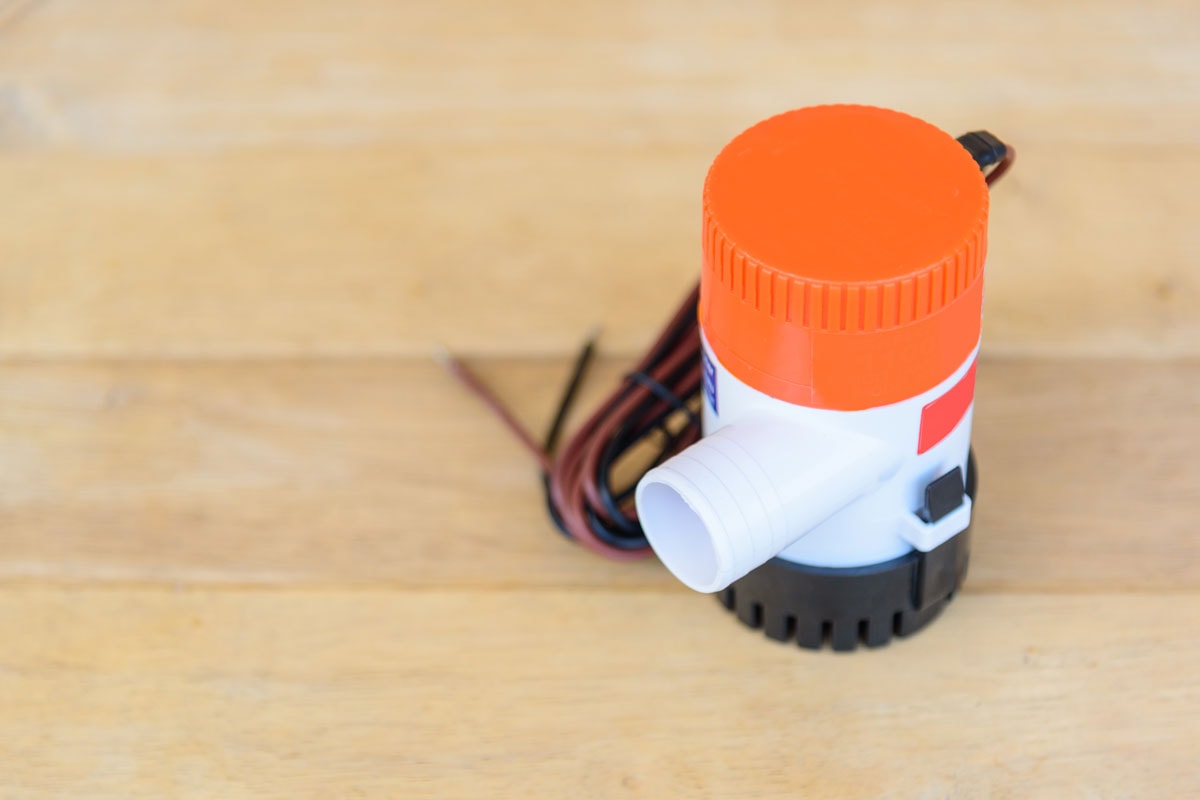 It is important to install the float switch higher than the pump. Otherwise, the pump will suck air.

If you enjoyed reading this article, you might find the articles below equally interesting:

How To Install A Condensate Pump Mini Split?

What Is The Best Oil For An AC Vacuum Pump?

How Much Does It Cost To Move Water Heater?

Can You Use Radiant Barrier Sheathing For Walls?

Should Ductwork Be Insulated?

How To Vent A Washing Machine Drain Pipe

Car Air Conditioner Only Blowing Cold On One Side – What To Do?