Radon is a colorless, odorless gas that is produced when naturally occurring uranium in the earth undergoes radioactive decay. This gas can be a health hazard, so how do you vent it off from your basement? To provide an accurate answer to your question, we consulted experts, and this was their reply.

To vent radon gas from the basement, a high-density plastic sheet laid over the dirt floor of a crawlspace or basement efficiently brings radon levels in the home to a safe level. Draw radon out from beneath the sheet with a vent pipe and fan, then vent it out of the building.

Precautions need to be taken when carrying out this procedure. Keep reading as we talk about where to place Radon vents and how to make your home Radon free. 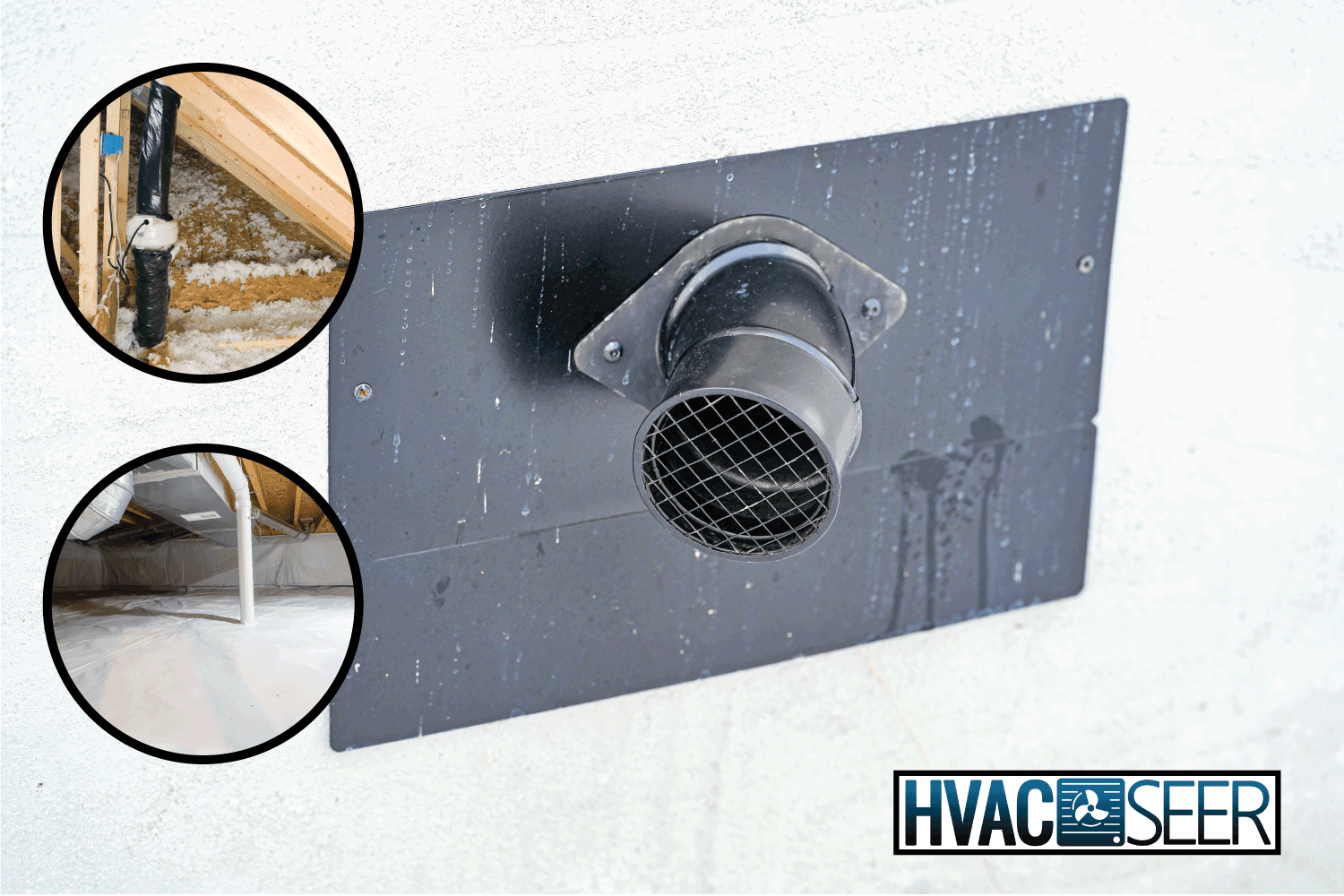 What Is Radon Gas?

Radon is a radioactive gas that's scientifically proven to cause cancer. It isn't a problem everywhere, but the bedrock in some areas creates sufficient radon for it to concentrate in basements, where it increases the risk of lung cancer.

Radon is a gas produced from the decaying of uranium and you can find it in the rock and soil underneath the basement (or foundation) of every home. The basement of a house is the most likely place for radon gas to enter because of its continued interaction with the ground. 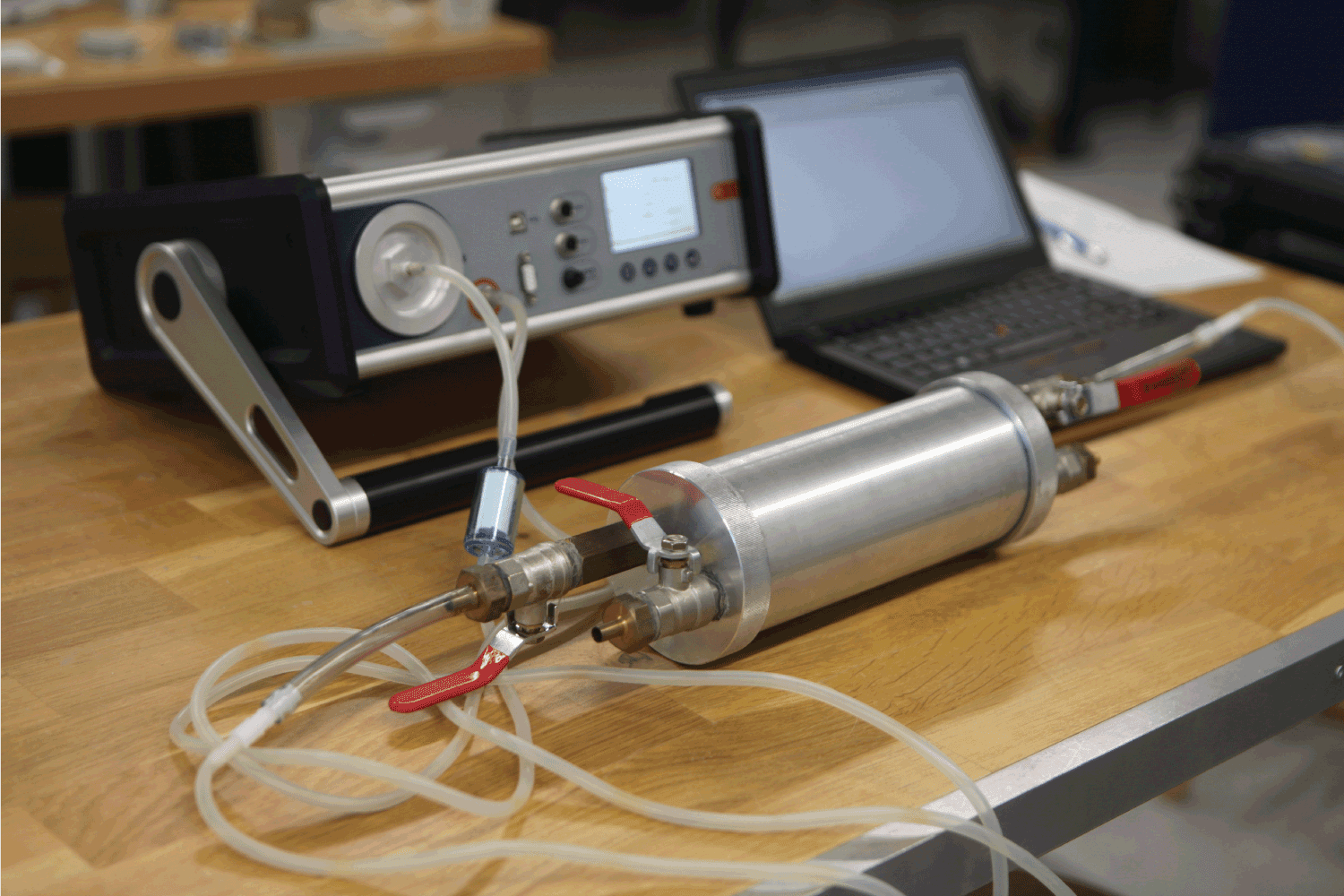 How To Vent Radon Gas From Basement?

A contractor will drill two small test holes on opposite sides in the basement. After that, they will install a vacuum in one hole, and the other hole will measure the airflow.

Where Should Radon Vents Be Placed?

There is a measurement that is best used to determine this. Any venting exhaust must be 10 feet or more away from any openings, like doors and windows in the house. It must also be at least 10 feet above the ground. And it is also important that the venting is above the surface of the roof. 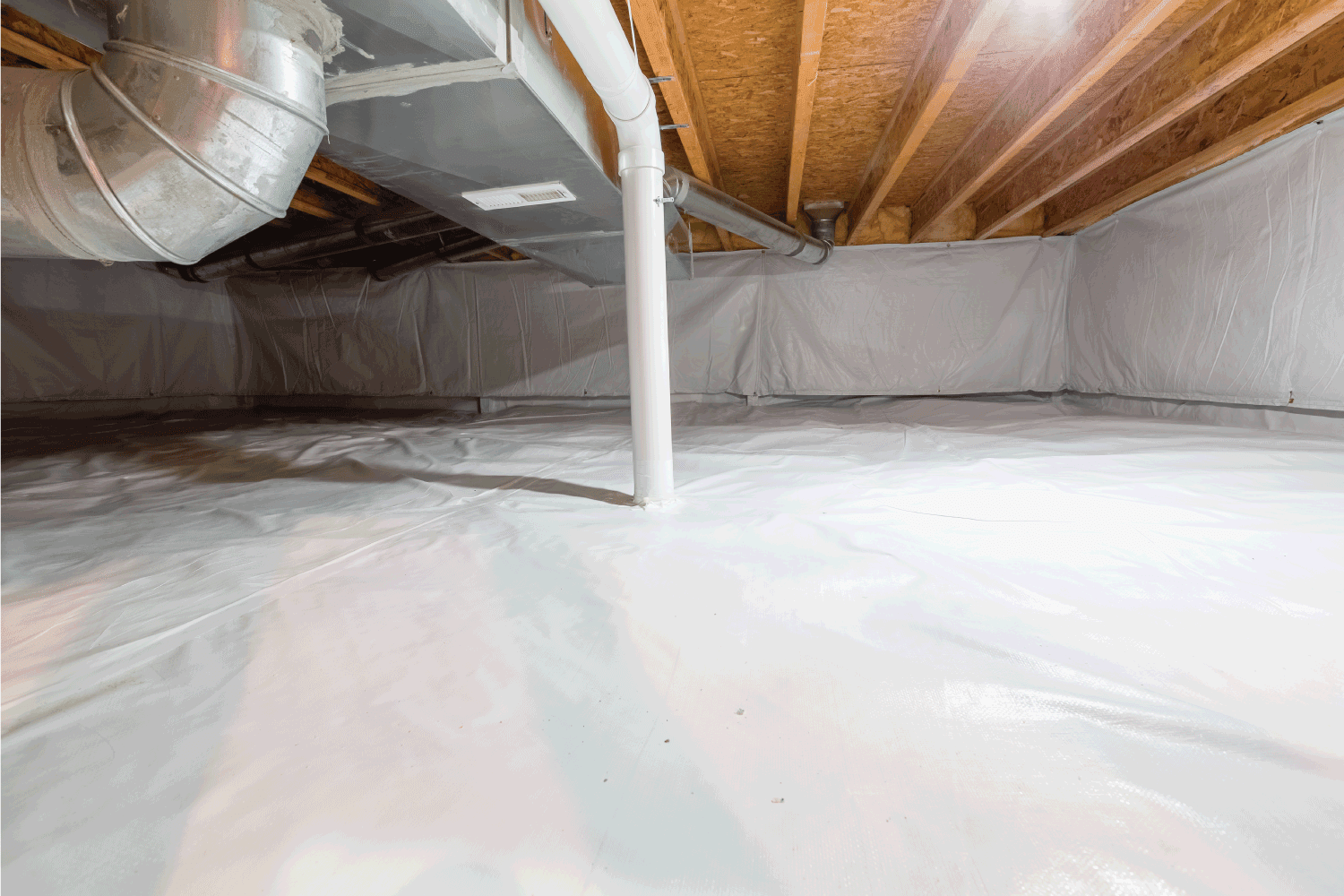 How Do I Make My House Safe From Radon?

Your house can't be 100% Radon free, but here is how you can make it safer.

How Long Does It Take To Get Rid Of Radon?

In most cases, you can eliminate radon from your home in as little as 1 to 3 days, after which you'll need to reevaluate the air quality.

Install a radon mitigation system in your home if levels are over the recommended threshold of 0.4 pCi/L. This will prevent any additional radon from entering your home.

You can temporarily lower radon levels by simply opening windows in your home. This is a simple approach. When you open windows, it improves air circulation and ventilation.

This helps transfer radon out of the house and mixes radon-free air from the outside with the air in the house. Make sure that all the windows in your basement are open. 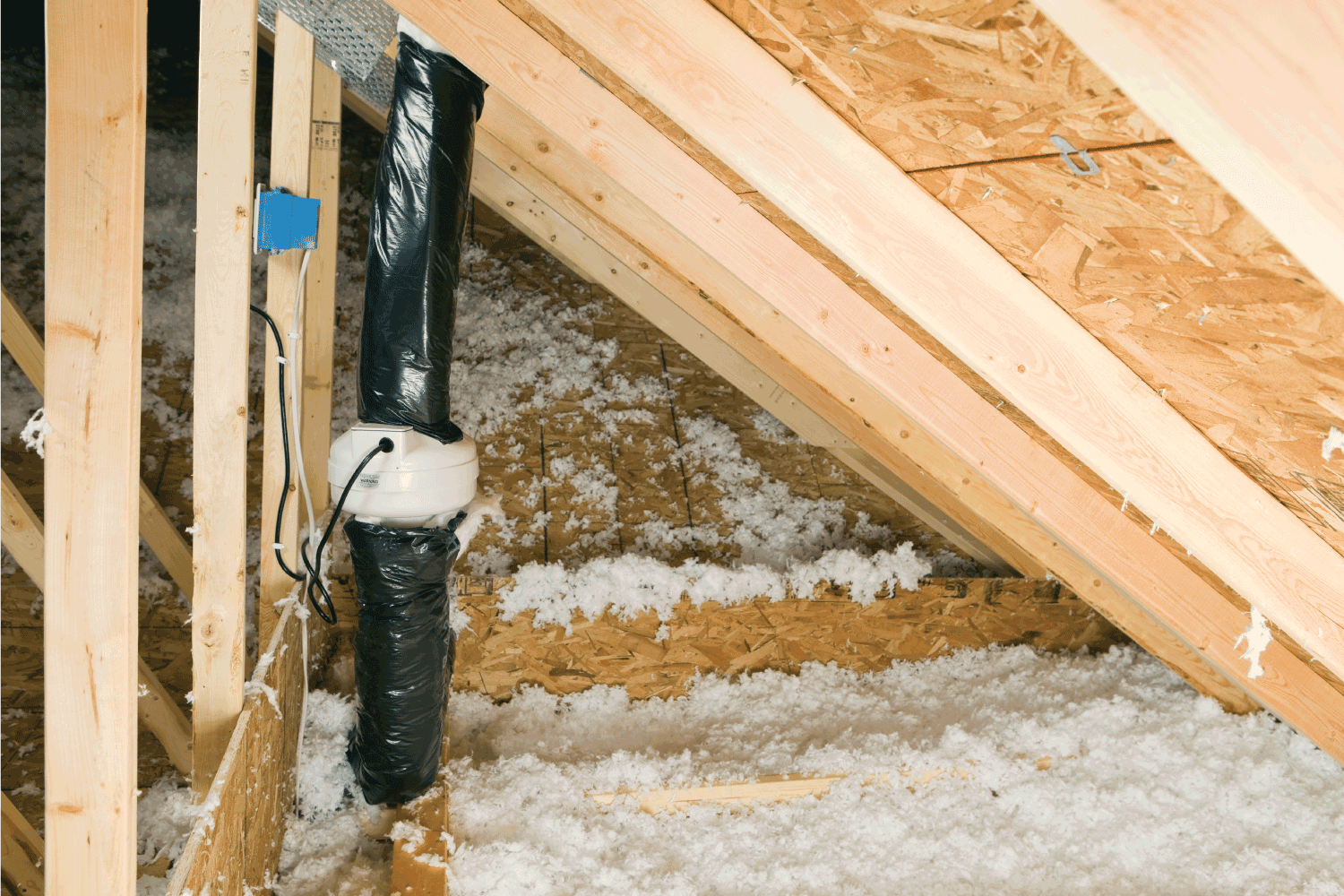 How Do You Install A Radon Fan In A Basement?

Not only does a radon fan remove radon from the air, but it also removes other hazardous soil gases and replaces them with clean air.

Check out this RadonAway radon fan on Amazon.

An average radon ventilation fan has a capacity of 220 CFM, and one fan may adequately ventilate a crawl area measuring 20 ft x 40 ft x 3 ft over an hour and a half. Because it can achieve all of this while consuming only low power, you won't need to be concerned about a significant increase in your monthly electric bill.

Simply mount it against a vent opening using the hardware that is included in the box and then plug it in. That's all there is to the installation process for this radon fan. You can use more than one fan if you want to maximize the benefits. Either set radon fans to operate constantly or on a timer to run at set intervals.

Besides mitigating the effects of radon in your crawl space and basement, the dehumidification capabilities of this fan are also useful. Install the radon fan inside the crawl area, hiding it behind any existing ventilation vents in the foundation. It is required that there be a ventilation opening at the three feet interval.

NOTE: When mounting the radon fan, ensure that the electrical control box and the motor have an orientation where they face the interior of the crawl area.

If you are installing the radon fan on a rim joist, wood header, or mesh on a crawl space vent, use screws to hold the four corners.

Can Radon Be Vented Through A Wall?

Sidewall venting is a method that is both efficient and inexpensive for reducing the levels of radon in dwellings. In many homes, radon stacks are similar to plumbing stacks in that they are hauled up through the walls and vented out through the roof.

It is the goal of that layout to maintain a sufficient distance from any open windows to prevent radon gas from re-entering the house; however, this is unnecessary and may work against you.

Is Radon Higher In Winter?

Radon levels might change from year to year, although they are typically at their highest in the winter when people are heating their houses.

Radon levels tend to rise inside of homes since most residents do not open their windows during the colder months, leaving nowhere for the gas to go but back inside. Because of this, winter is the most ideal period to test for radon. Because of this, it is greater throughout the winter.

Although opening your windows is not a substitute for having professional radon mitigation done, it helps to dilute the gas that is present in your home.

You may leave your windows open throughout the warmer months of spring and summer; however, it's highly improbable that you'd choose to do so during the colder months of winter. This indicates that the radon gas will get more concentrated because your home is airtight.

Unfortunately, because it travels upward through the soil and into the atmosphere, radon gas will frequently flow right through your home if it is there.

Since the ground around your home freezes during the winter, the radon gas is frequently redirected towards an easier channel, which is the path that goes directly through your home. This causes the problem to become more serious during the winter.

The Impact Of Stacking

When it is chilly outside, warm air will rise to the top of your home and escape through any vents, drafty windows, or other openings that are located there. This airflow creates a vacuum effect, which has the potential to attract air from lower levels, air that has a greater probability of containing radon gas.

The winter months are likely to produce the most accurate results when testing your home for radon gas. Because radon concentrations are likely to be greater during the winter, you can expect that they will not rise by a significant amount over the remaining months of the year. 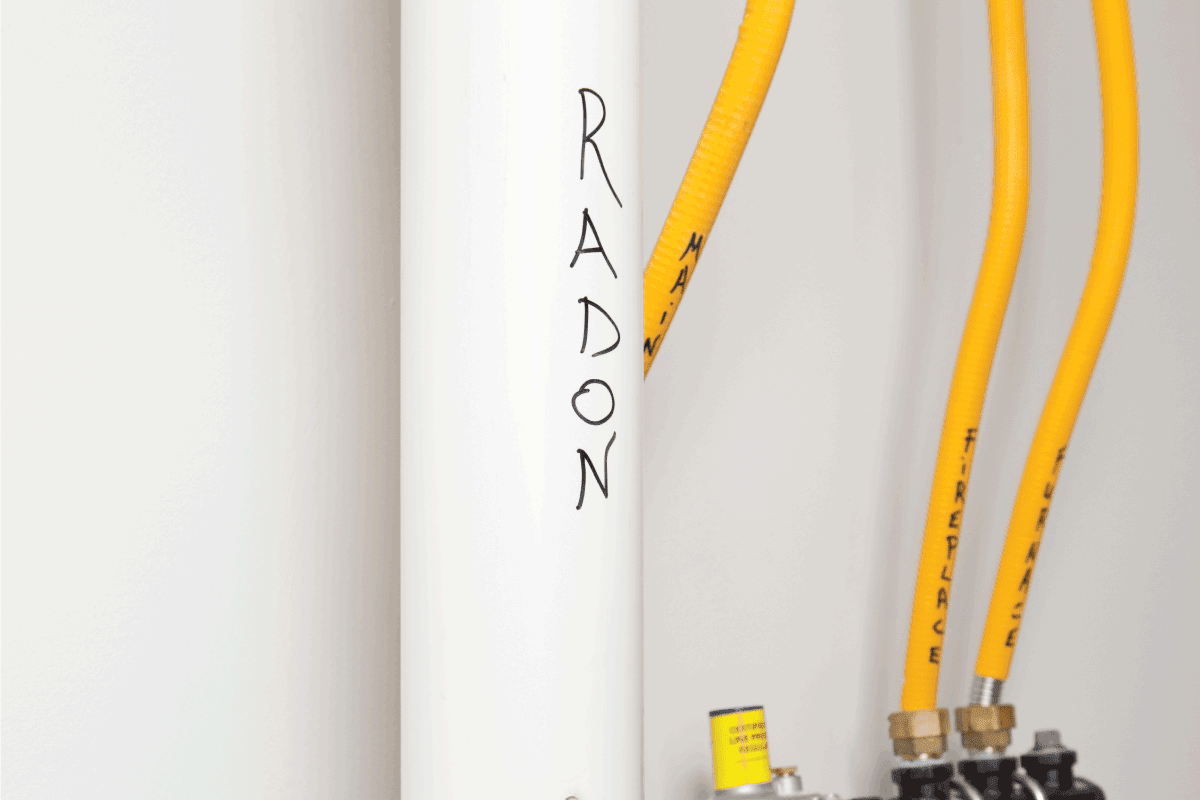 Radon contamination in homes is a major cause for concern since it affects health and should be treated as such. You may reduce the amount of radon in your new home and improve its energy efficiency using methods that are simple and inexpensive.

How to Ventilate a Basement With No Windows

Should You Insulate Basement Walls?

How Long Can A Gas Fireplace Stay On?

How Close Can A Generator Be To A Propane Tank?

Why Does My Humidifier Water Turn Black?

Should Air Conditioners Be Covered In The Winter?

How To Cool The Upstairs Rooms