If you recently purchased a home with a chimney or are having one installed, you're probably just understanding all the parts that go into a well-functioning fireplace. There are many pieces at work that allow you to enjoy your chimney safely and effectively. Perhaps you're wondering if all those parts are strictly needed. Is a chimney cap necessary? We've done the research and have the best information for you!

Since we know it's best to have a chimney cap, let's go into more detail on how a chimney cap protects you. We'll discuss how to install a chimney cap, as well as answer some other questions you might have. Keep reading! 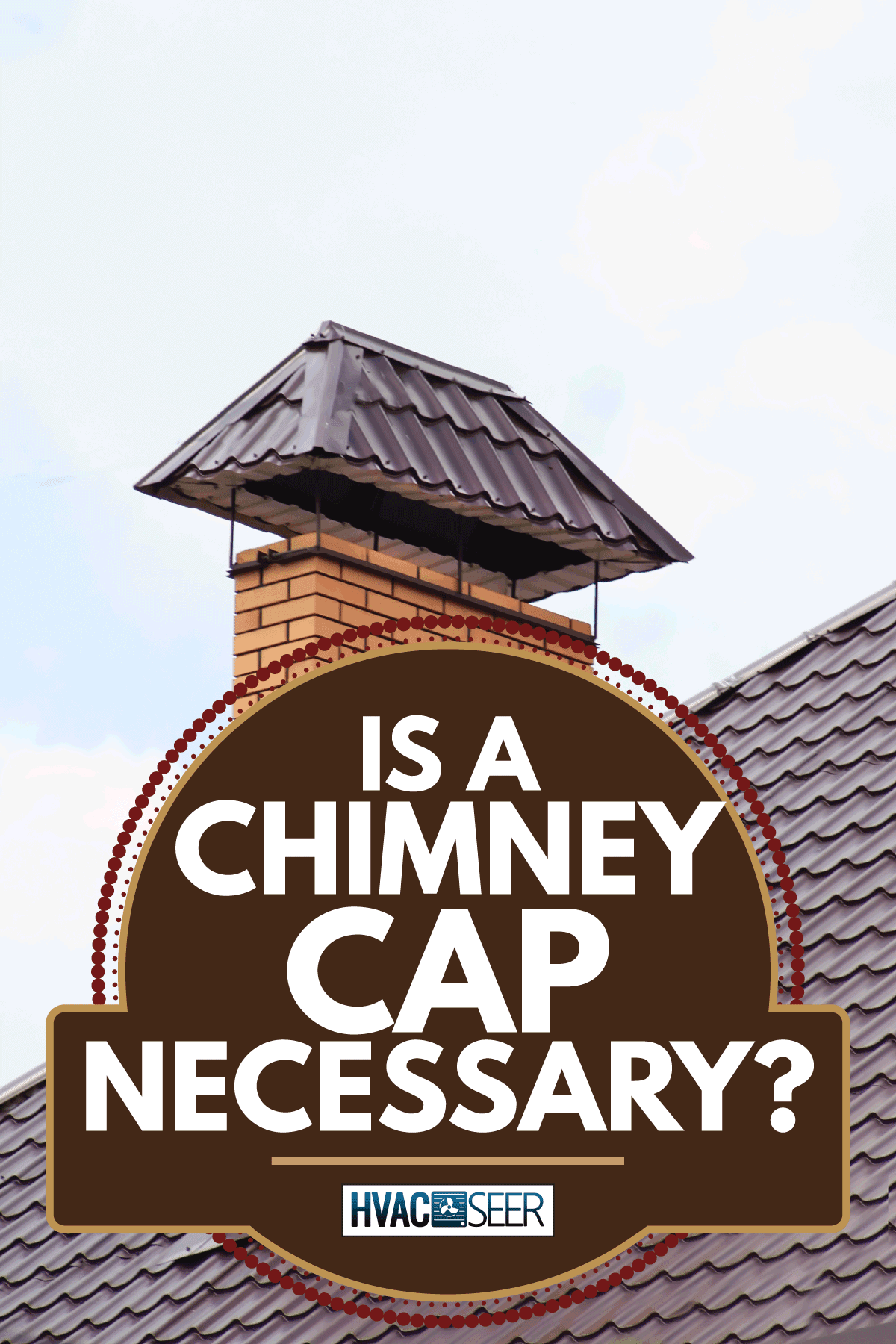 What Exactly Is A Chimney Cap?

Chimney caps are protective coverings made of steel or copper mesh that go over the top of your chimney. The caps themselves come in many different designs and styles, so there's no need to sacrifice aesthetics. The mesh has a center cap that prevents things from coming down your chimney, protecting the value of your home.

View this chimney cap on Amazon.

What can happen if you don't have a chimney cap? 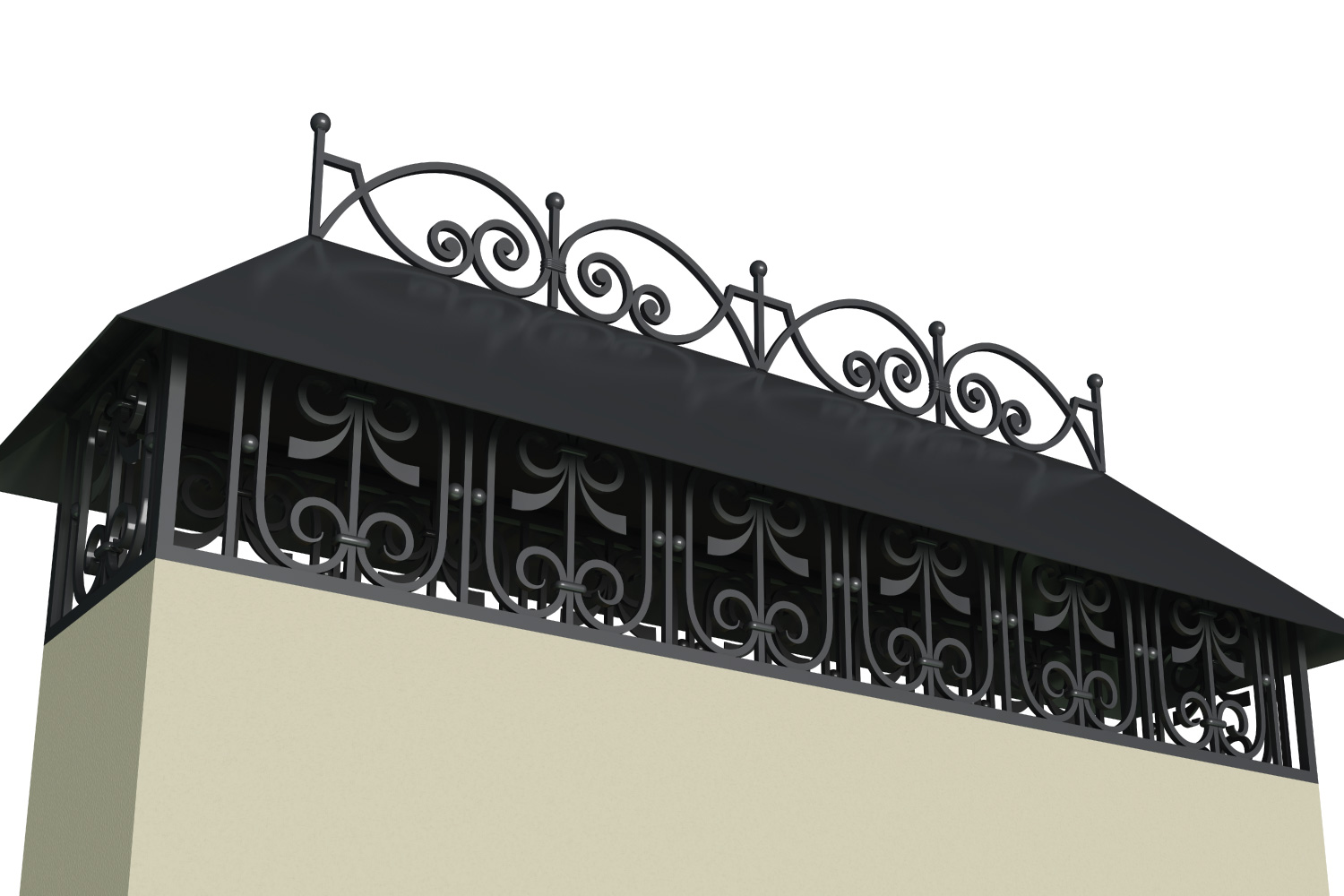 Leaving a chimney exposed can lead to a ton of difficulties and damage.

Although a small animal or burrowing insect might not make a home in your chimney when you have a roaring fire, the space does tend to make an appealing home in the off-season.

These critters could leave nesting materials that would cause a chimney fire when you start using it again. Not to mention the startle you might get if a baby bird or squirrel suddenly falls into your fireplace! A chimney cap prevents these small animals from making a home of your chimney.

An uncapped chimney allows all the elements to sneak into your normally closed-off spaces. Water in your chimney can grow mold or mildew, as well as cause damage to other chimney components, such as the chimney liners, mortar joints, or dampers. Additionally, the excess water could cause damage to your attic, interior ceiling, or walls. Water damage can be dangerous to your health and wallet.

Not only does water makes its way down an uncapped chimney, so do leaves, twigs, trash, or whatever else might be caught on a draft and shoved down into your flue. With a blocked flue, you run the risk of an abundance of carbon monoxide or smoke making its way into your home, causing all kinds of respiratory distress.

Beyond simply blocking the flue, the first fire you light in a new season could ignite all the debris, causing a chimney or full-on house fire.

Without a cap, wind can blow directly down your chimney. Not only can this make for an erratic fire and smoke being redirected into your home, but when a fire isn't lit, it can blow cold air right into your house. If you live in an area that gets a lot of wind, this can definitely affect your energy costs.

Not only does a chimney cap block things from coming into your home through the chimney, but it also keeps things from escaping. Anyone who has ever watched a fire burn knows that ash, sparks, and embers can sometimes behave erratically, rising high into the air on a warm breath of wind.

Without a chimney cap, these sparks are allowed to escape out the chimney, potentially landing on the roof and creating a fire hazard. In dry weather, it doesn't take much to start an unstoppable situation. The cap blocks this from happening.

How To Install A Chimney Cap

Installing a chimney cap is something most people have a professional complete, but if you're a seasoned DIY warrior, it can be completed on your own with the following steps and equipment.

Be sure you're completing this on a clear, wind-free day, along with having a friend spot you to ensure there aren't any accidents. Additionally, ensure all the screws are galvanized to avoid rusting since they will be exposed to the weather.

Make your way onto the roof using a sturdy ladder and carefully carrying the purchased chimney cap. Fit the cap over the chimney opening to ensure the cap you purchased is a good fit and you can easily secure it to the chimney.

Look around to assess where you can install the cap screws. You might not be able to use all four screws in your installation, and as long as the cap is secure, this is fine.

Mark where you will attach the L-brackets to the cap and the chimney top. (Note: some chimney caps will have designated holes around the rim of the cap, so marking and drilling holes might not be necessary.)

View this ladder on Amazon.

Come back to the ground along with your chimney cap. Using your drill, install the sheet metal screws into the chimney cap on the places you've marked with the L-brackets behind them to secure them in place. The L-brackets must be flush with the bottom of the cap; if they're not, the cap might not sit flat. If necessary, use a drill bit to make a pilot hole, but for the most part, the sheet metal screws should pierce the metal on the cap.

With the L-brackets attached to the cap, gather your tools to take back up the ladder to the roof. You'll need the hammer drill, concrete screws, concrete bit, and chimney cap.

View this hammer drill on Amazon.

Put the cap in place. Use the concrete screws to secure the cap.

Here's an instructional video on installing a chimney cap:

There are many different kinds of chimney caps. Check out our post on the subject to learn more.

How Long Do Chimney Caps Last?

The longevity of a chimney cap can vary. Their average lifespan goes anywhere from 3 to 25 years depending on the material of which they are made. Stainless steel and copper chimney caps tend to last longer, but the climate to which they are exposed makes a huge difference in how long they will last.

How Can You Tell If Your Chimney Has A Cap? 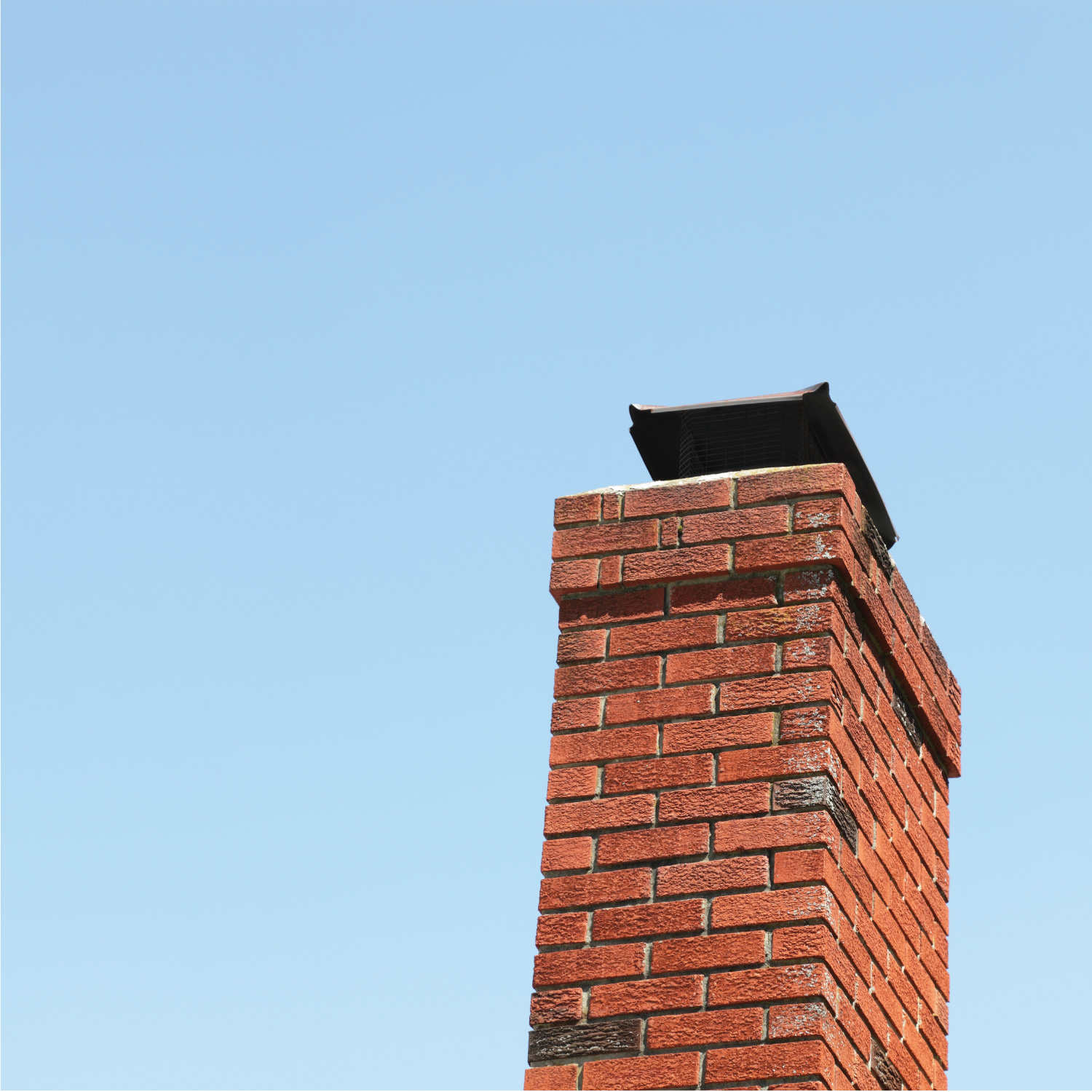 Chimney caps are visible on the exterior of the chimney. Some older chimney caps might not have a mesh screen around the covering, but if you see a covering slightly over the opening of your chimney, then you have a chimney cap.

When Should A Chimney Cap Be Replaced?

What Is The Average Cost Of A Chimney Cap?

The cost of a chimney cap varies depending on the material and size needed. They run from $30 all the way up to $500. If you invest in a more expensive cap, expect it to last a couple of decades as opposed to just a few years.

Though the chimney cap doesn't affect the functionality of your fireplace, it does protect it and your home from ongoing damage. Invest in a chimney cap and its maintenance to keep the roaring fires in your home bright and safe.

For more information on chimneys, check out our post, "Is Chimney Soot Flammable? What Homeowners Need to Know."

Why Is My RV Converter Fan Not Running?

How Thick Should Concrete Floor Insulation Be?

How To Turn On Ecobee Thermostat After Power Outage

Does Toilet Flange Go Inside Pipe Or Outside?

How To Ventilate A Roof With A Ridge Vent

How Old Is My Bryant Air Conditioner?