Torches or blowtorches are extremely helpful tools sometimes. Projects involving any type of metal or even food heating and cooking can be done with it. Torches come in many shapes and sizes. However, they use various fuels and two of them are butane and propane. Want to know how hot they produce? Well, we've done extensive research on this topic and have put together the following information to aid you.

In this article, we'll have an intriguing discussion about butane vs. propane torches for you. We'll share with you what burns cleaner, is cheaper, and lasts longer. Also, we'll elaborate on how to use them properly. So keep on reading for more interesting information ahead. 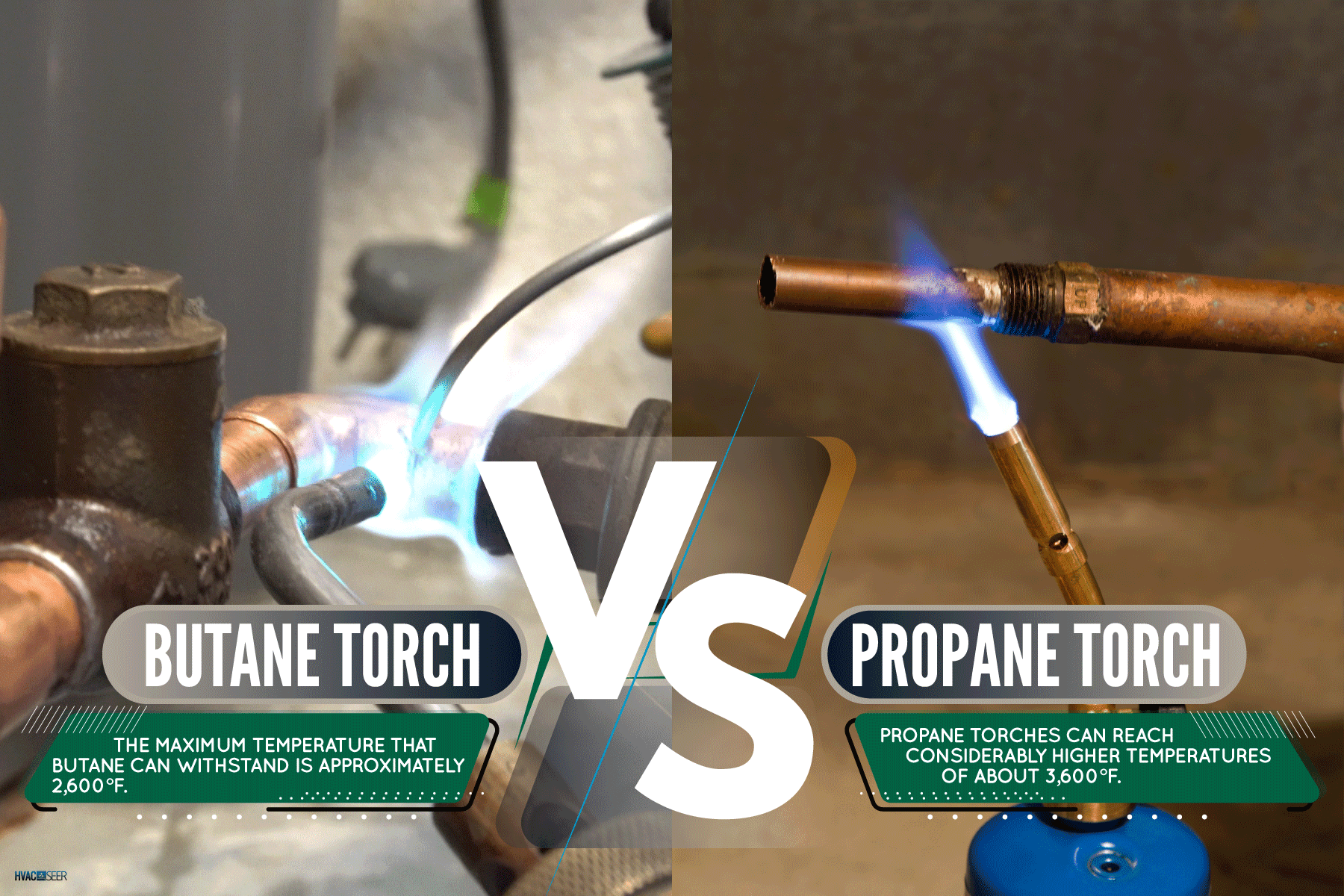 Propane Vs Butane Torch: How Hot Do They Get?

All propane torches operate at temperatures exceeding 3,600°F, however, the highest temperature is just 3,623°F. Because of this, propane is a preferable option when soldering and welding metals together.

However, most butane torches burn between 2400°F and 2,610°F, which is generally regarded as a slow burn temperature range. A butane torch is a fantastic tool for home repairs and the kitchen since it can get hot enough to melt light metals like aluminum and copper. 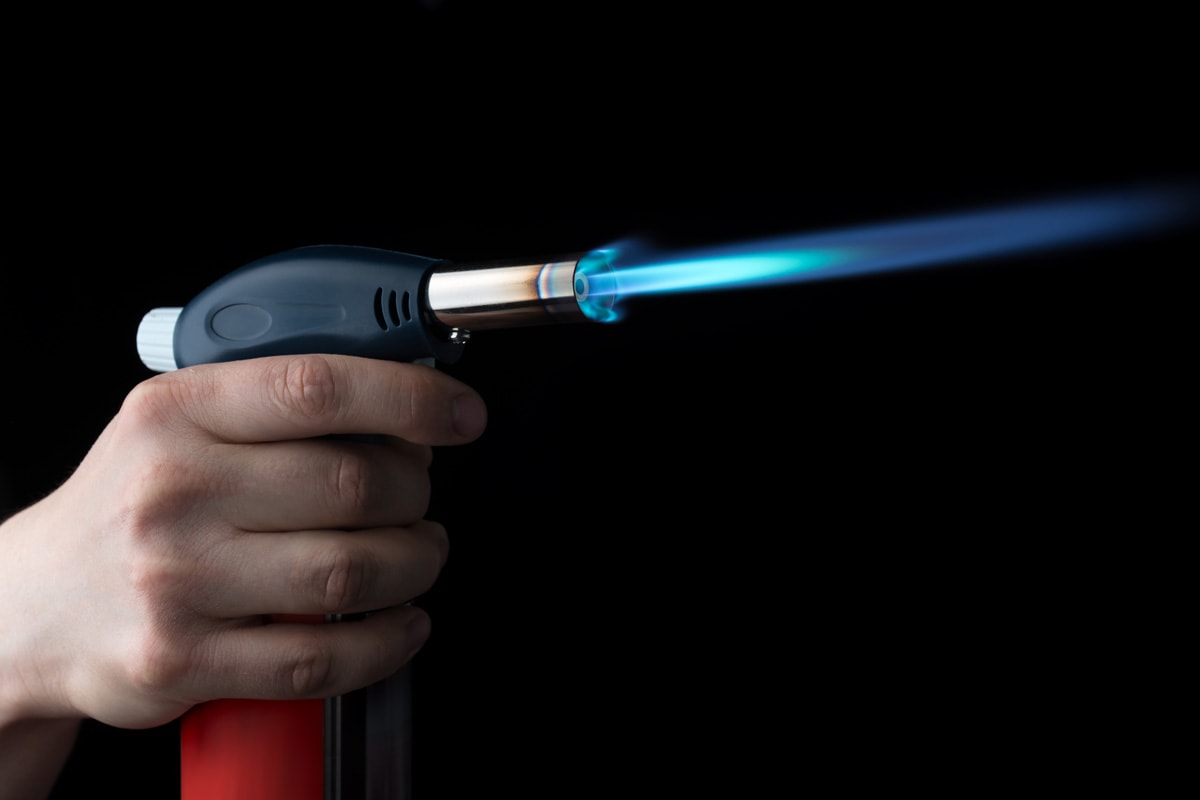 But if sufficient safety measures aren't performed, they both burn at a temperature that makes catastrophic burns possible.

These two fuels differ from one another in a variety of other ways as well. For instance, propane is better suited for outdoor applications where the user does not want to worry about running out of fuel before finishing their activity because it has a significantly higher vapor pressure than butane and will evaporate more quickly.

In addition, depending on where it is used, butane has a harsher smell and will emit more smoke when ignited (indoors or outdoors).

What Burns Cleaner Butane Or Propane?

Butane is a fuel that emits less carbon monoxide and is cleaner. The flame of a butane torch is smaller than one powered by propane. Despite being cleaner, the gas in a butane torch can still be harmful to your health. If at all possible, carry out a sizable project outside.

Although propane burns hotter than butane, the fuel is dirtier. To be sure you're making the best decision for you, think about the purpose for which you'll be employing these torches.

Which Is Cheaper Butane Or Propane?

Another crucial consideration when choosing between butane and propane is price. Even though retail market prices vary between brands and locations, we may fairly accurately estimate the price difference by examining the data below.

However, the price of fuel on the open market does not provide all the information. The canister used to hold the gas accounts for half of the cost. Because of this, it's also crucial to take into account the retail price of gasoline in your area.

What Lasts Longer Butane Or Propane?

Without analyzing each fuel's energy density, the cost discussion would be lacking. What if one fuel costs twice as much per unit of weight as another yet boils twice as much water as the more expensive fuel? Therefore, focusing only on the cost can be deceptive at times.

A 16 oz propane tank lasts for 2 hours on a two-burner stove with high heat. It's interesting to note also that an 8oz butane canister has a 2 hours high flame and a 4 hours low flame duration on a portable butane stove. 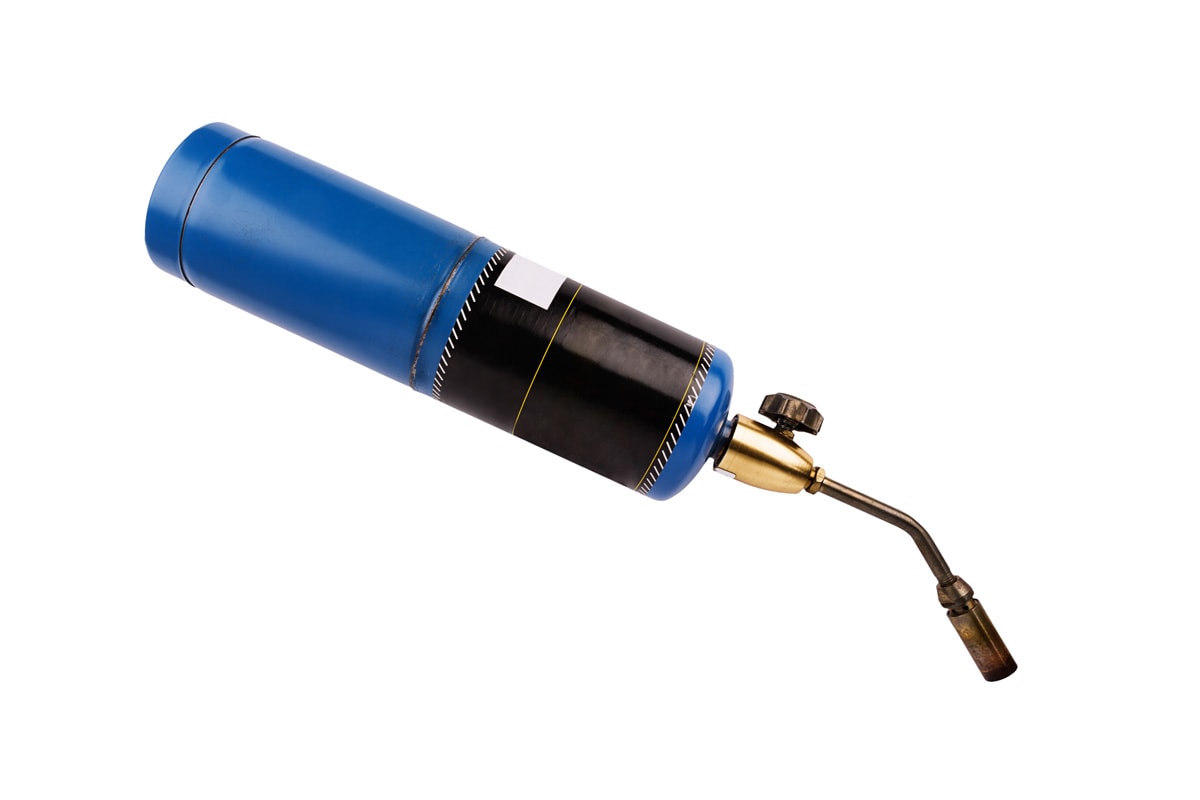 That proves that there is more energy in butane because 8oz of butane can run as long as 16 oz of propane. You should also gauge the quality of the gas. Expect that your canister will last less time and that you will need to refill it more frequently if you buy cheap gas. 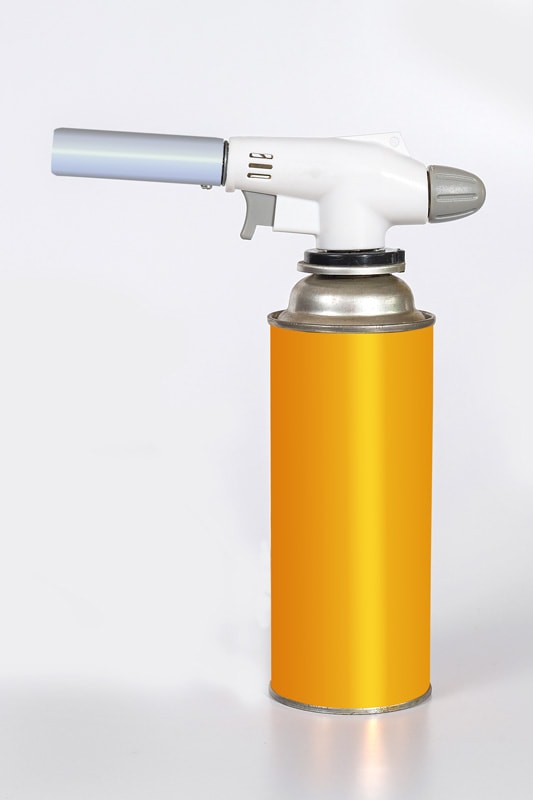 How To Use The Butane Or Propane Torches?

Torches might be frightening, but if you know how to handle them properly, they are highly useful tools. You may use a torch in several home and DIY chores, from cooking to soldering pipes. The most crucial thing to keep in mind is to employ a safe technique and the appropriate torch for the job.

The bottom of a portable torch will include a refill port. Turn the torch upside-down and place the gas canister's nozzle inside the port.

Before removing the canister from the port, press and hold it firmly against the torch for a short period of time. Make sure to take out the gas canister before any gas seeps out because it just takes a moment to refuel a handheld torch.

As you insert the nozzle, you might hear a hissing sound, but once you have taken the canister out, there shouldn't be any gas escaping. Always use the right gas for the type of blowtorch you have. An explosion could result from using the incorrect gas!

2. Open The Gas Valve Of The Torch And Light The Nozzle To Start It

Just enough valve opening will allow a little but continuous flow of gas to be released from your gas cylinder. Click the igniter or spark the gas with a sparker while holding the torch away from your body. The flame should ignite and begin to blow steadily without sputtering.

While it's blazing, keep your torch completely upright! To light the torch, turn the gas valve no more than a quarter turn. Otherwise, you risk releasing too much gas into the air, which could result in a fire plume.

3. Adjust the Flame's Intensity If Necessary Using The Valve

No matter how big your flame is, keep it appearing to be in contact with the torch's tip. Otherwise, the torch will be giving off an excessive amount of gas.

When you wish to put out a torch, first close it at the fuel source. Your torch's flame will diminish as soon as the gas valve is fully shut. To burn off any gas that may still be present in the tube system, fully open the torch's valve.

To show a clear demonstration, a video on YouTube is shown below.

What Are The Advantages And Disadvantages Of Butane And Propane Torches?

They are small. In comparison to propane torches, butane torches often have smaller bottles. They are able to access some locations that call for a more compact setup. Plus, butane burns quite cleanly. Both gases are alkanes and are safe to use while cooking or searing food. 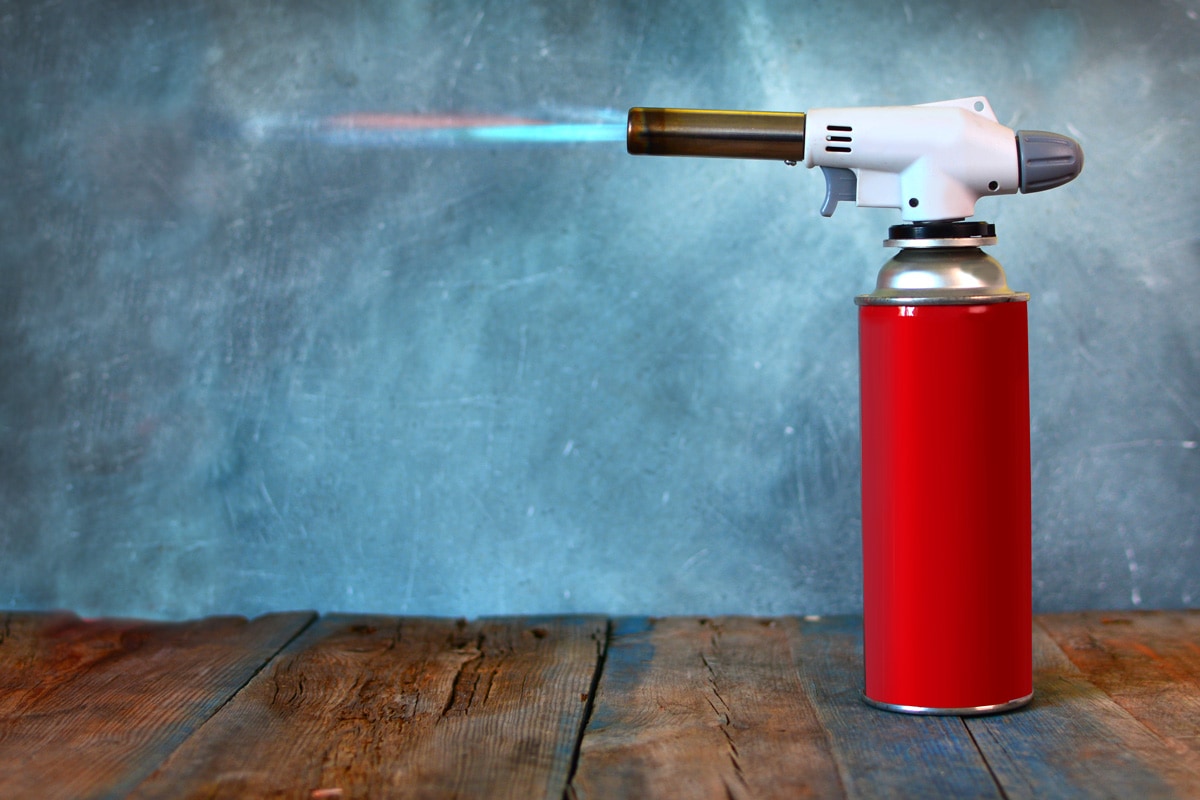 Propane torches are excellent for heating metals and sweating pipes. A propane torch can be used to weld specific kinds of metal. In colder climates, the propane torch is still usable. If you reside in a region where it freezes, this may be significant.

You cannot use these butane torches in subfreezing temperatures. Because of its low boiling point, butane cannot function below freezing. Torches made of butane burn less quickly. They burn slower but are also cleaner. In some circumstances, slow-burning is a drawback.

Because they are dirtier than butane torches, you can only use them outside. This gas emits a powerful smell that is hazardous. Make sure there is airflow if you are indoors.

For welding all metals, propane is not hot enough. For joining metals, the majority of welders use methylacetylene-propadiene propane (MAPP) gas or acetylene as they burn much hotter. 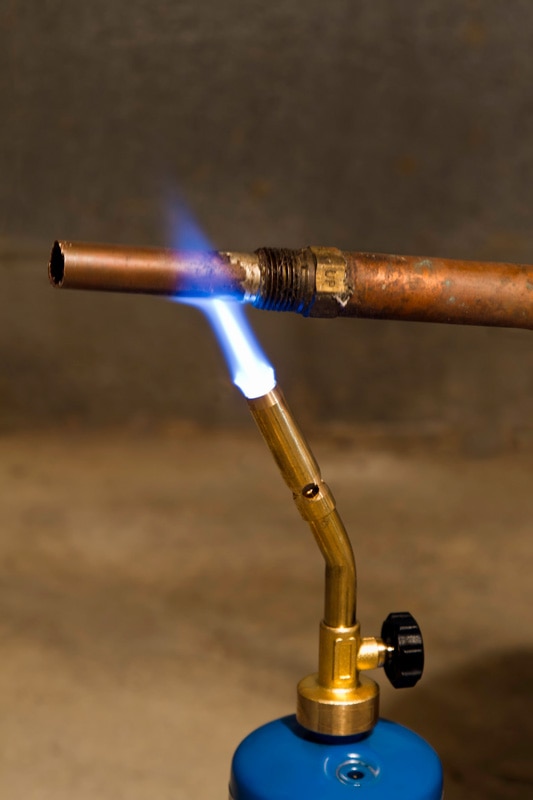 What Are the Best Butane And Propane Torches Available In The Market?

For additional information on the top butane and propane torches, see the list below:

This propane torch from Benzomatic is made for quick and effective work. It has a swirl flame design, which promises higher peak temperatures reaching its limit without additional oxygen at about 3,000°F.

Check out this Benzomatic TS8000 propane torch on Amazon.

It is a butane torch that fits comfortably in your palm and is small and portable with a wide base that allows you to sit on your bench safely and without tipping over.

Check out this Blazer GT8000 butane torch on Amazon.

The Hot Max 500G is a popular option among clients due to its high British thermal unit (BTU) ratings (500,000 BTU) and secure functioning.

Check out this Hot Max 500g propane torch on Amazon.

This Blusky butane torch is made of a brass nozzle with an anti-flare that produces a tight flame with a lot of heat up to 2,500°F.

Check out this Bulsky big butane torch on Amazon. 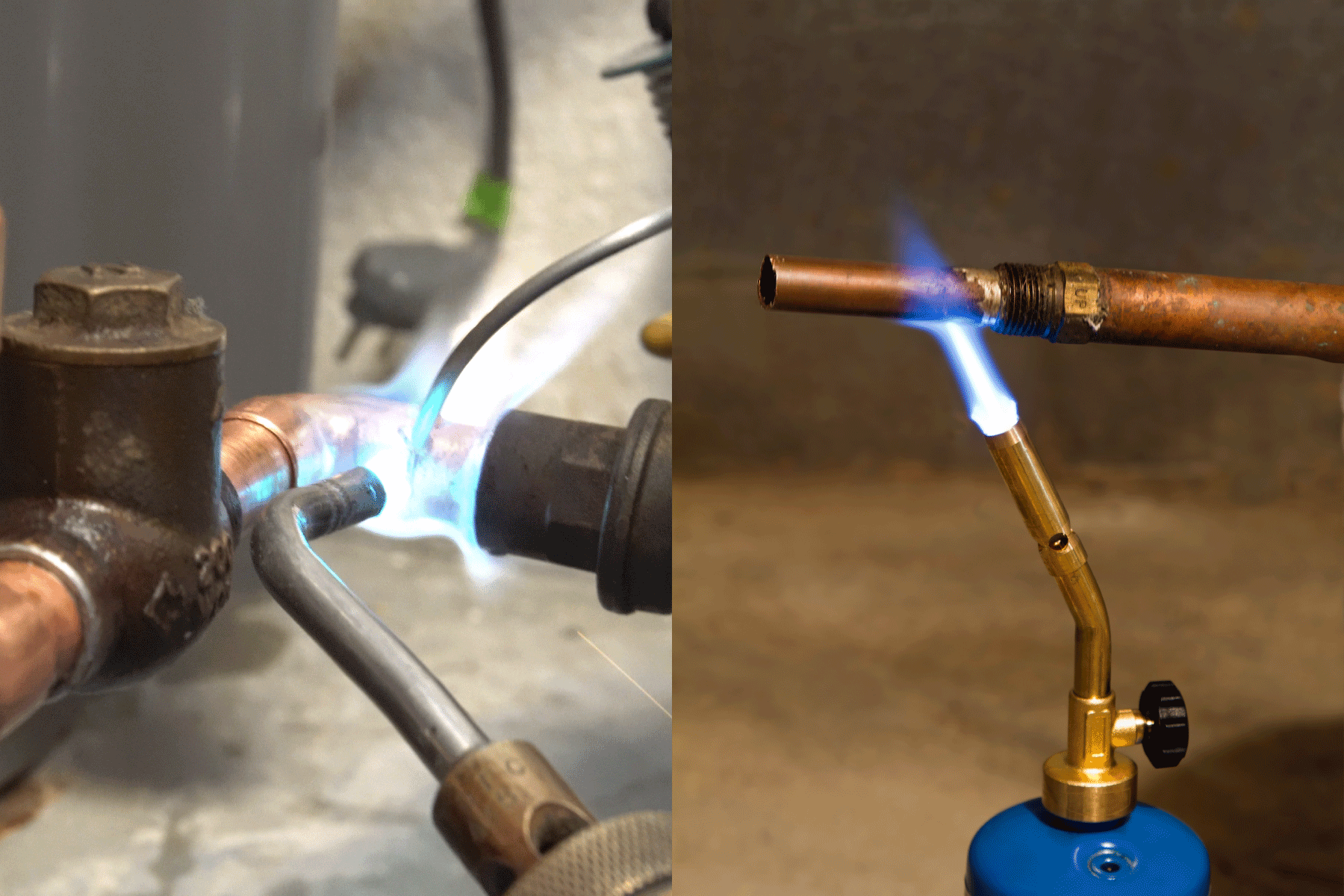 How To Relight Furnace Pilot Light?

How Many Gallons Of Propane Does A Furnace Use?

Spacepak Vs Unico: Which High Velocity System Is Right For Your Home?

Do Central Air Conditioners Bring In Outside Air?

How To Insulate A Range Hood Vent

Can You Paint Over Radiant Barrier?