Radon fans have motors that create a minimal amount of noise all the time. You might be wondering why your fan is making a loud, high-pitched sound, and what you should do about it. We’ve done our research, and here’s what we came up with.

If you’re thinking of troubleshooting your fan first before calling an expert, keep reading. There are other sources of noise you should also know so that you will know what to do to reduce its frequency to the level where it is no longer annoying. 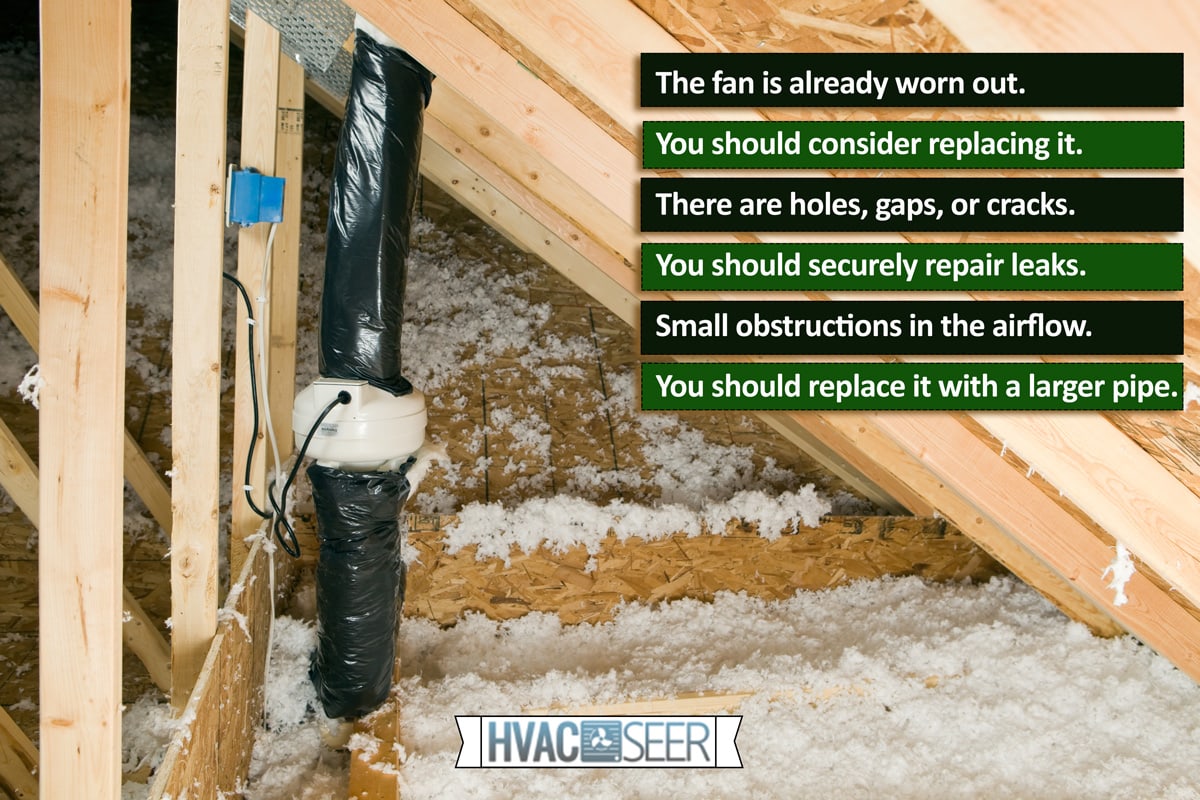 Why is my radon fan making a loud noise? 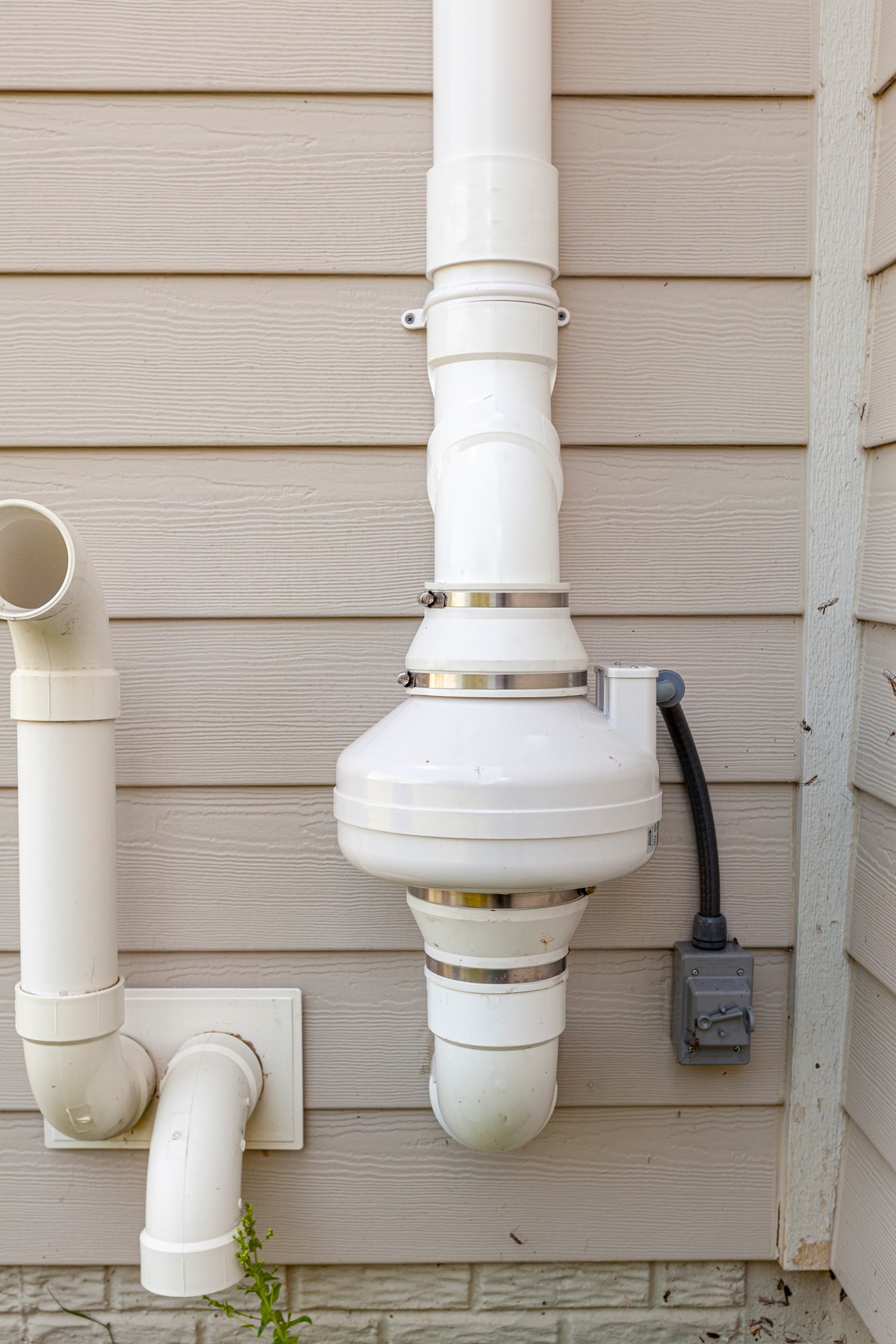 Radon mitigation fans are motorized impellers used to reduce radon levels in houses by drawing contaminated air from the ground into an underfloor sump.

This air is extracted from the sump and discharged into the atmosphere. However, operating fans create noises that are sometimes unacceptable.

There are three primary sources of noise from a radon mitigation system. The good news is that there are strategies for minimizing these uncomfortable noises. Troubleshooting the system first is the best way to find out the cause of the noise.

When turbulence in the air moves through the fan casing, it produces a wide frequency range noise, which may be heard as a whistle or hum. This is mainly due to the normal wear and tear of the component as it runs around the clock.

A worn-out bearing or many pipe bends creates an imbalanced motion of the fan blades, creating an uneven flow of air.The best way to have an even airflow is to install a straight run of piping leading into and away from the fan.

By rule of thumb, a straight length of pipe should be at least four to five times as long as its diameter or longer. This is enough to provide a relatively even airflow.

However, if a worn-out component causes the noise, it needs to be replaced, or you should call a professional to inspect and fix it if possible.

When the movement of air passes through small obstructions (pipe bends) or when there is a sudden pipe diameter reduction, the velocity of air changes and becomes turbulent. This creates a regenerated noise.

This noise starts from the entry to the sump system and then the pipe bends. The greater the air velocity, the louder the noise becomes. The smaller the obstruction, the higher the frequency of the high-pitched noise generated.

To reduce the noise to an acceptable level, determine the volume and air velocity inside the system. This can reduce the turbulence of the airflow. The following are the most effective ways to minimize regenerated noise.

Check out this RadonAway 3" muffler on Amazon.

Curious about how to attach radon pipes to your house? Check out one of our articles called How To Attach A Radon Pipe To Your House for details.

Fans do not have the same vibration level. They fluctuate in varying degrees and are transmitted through the pipework and throughout the entire system.

This vibration then produces noise in the house. You can feel the drywall inside your home closest to the fan location shaking.

This trouble can be reduced by doing one of the following:

Other sources of noise

The presence of water, sludge, and ice around the fan can also create unwanted noise in the components. This happens when the water condenses on the fan and inside the surface of the pipe during the extended cold season.

This might be troublesome, but it's normal and nothing to be concerned about.

Water problem in the basement? Check out this post: Water In Basement After Radon Mitigation – Why And What To Do?

How much does a radon fan replacement cost? 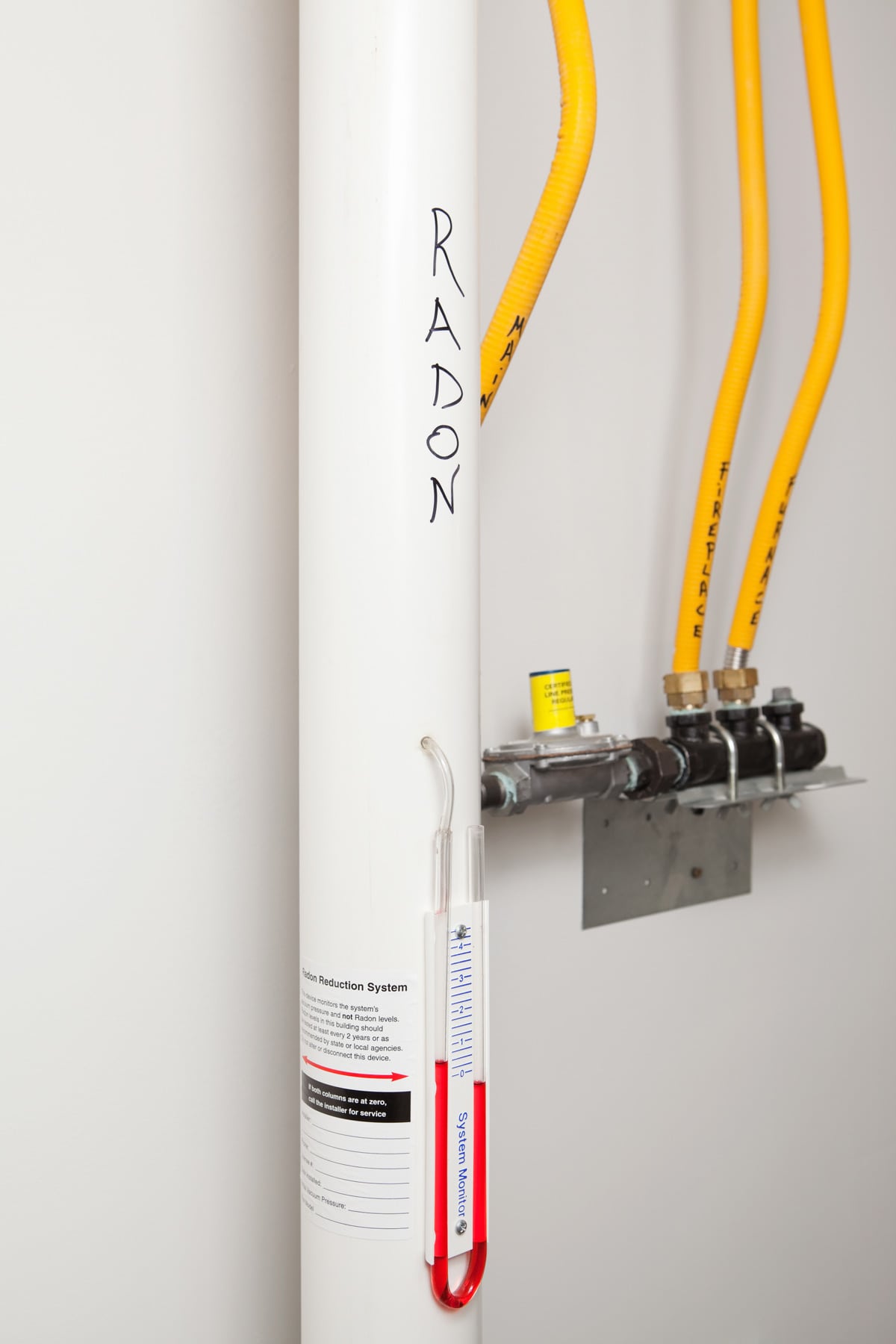 Depending on the manufacturer, installation and replacement charges usually vary from $300 to $600.

However, other operating costs such as convective energy losses in heated air and air conditioning should also be considered. The cost varies during the cold and hot seasons because of the usage of heating and cooling systems.

When using gas heating, the overall operating costs for radon reduction were estimated to range from $225 per year in the warmest regions to $500 per year in the coldest parts.

How long does radon mitigation take? 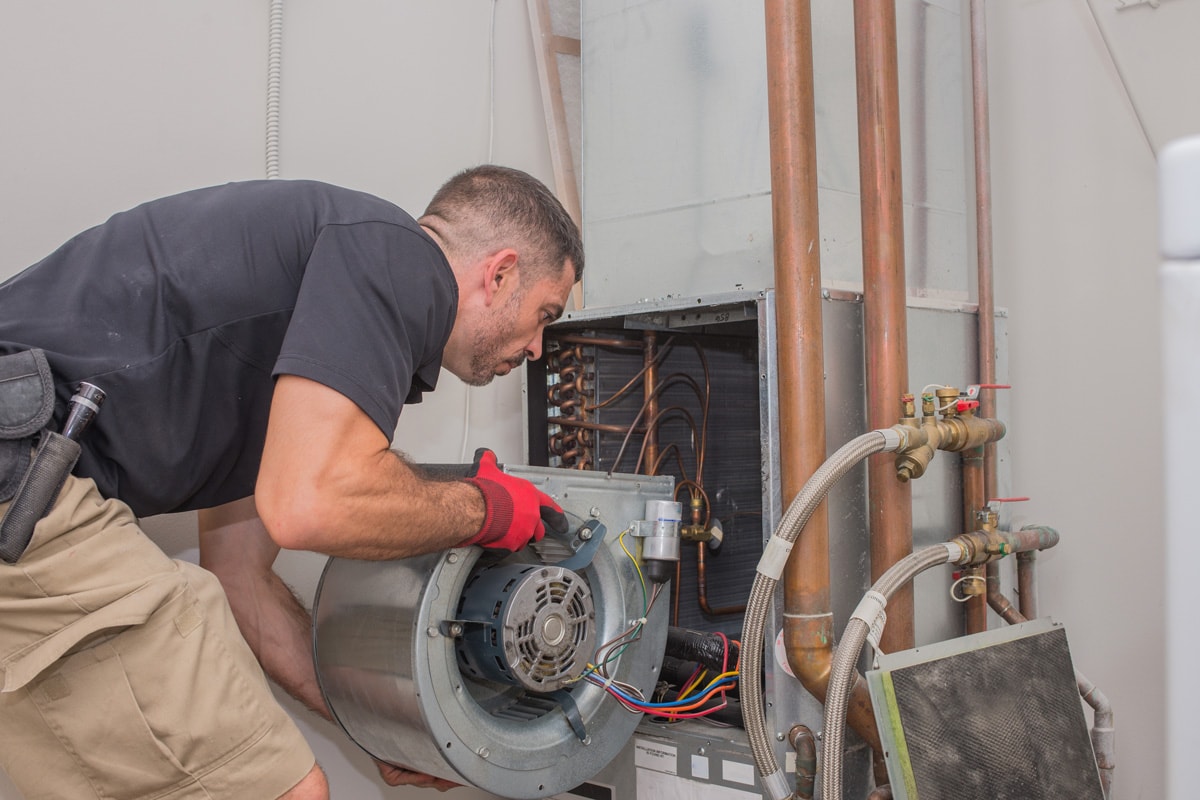 If your home has a high radon level, it is recommended to hire a radon contractor. The initial radon removal process is usually completed in between one and three days, based on how your home is set up and how complex the procedure is.

It will be analyzed once again to see whether the levels fall below the EPA's suggested lower limit of 0.4 pCi/L. A radon mitigation system will be installed to stop more radon from entering your house, which typically takes three to five hours.

At what time of year are radon levels highest?

Radon is always present underground. But you should be aware that small radon level fluctuations are occurring during summer heat and winter cold.

Your home typically becomes warmer during the colder months than the surrounding environment. This temperature difference consequently creates a vacuum inside your home.

If you have cold air return installed, your heating system will draw air from the outside. But if you don’t have one, the furnace draws air from the crawlspace or basement.

This speeds up the movement of warm air with radon gases inside your home. Consequently, snow and frozen water cover the ground outside where most radon gases should pass through.

In return, this forces radon gases to pass through beneath your home from the basement or crawlspace. A high radon level can be tested as a result.

The hotter season also causes fluctuation problems due to drastic changes in temperature from day to night. The sun beats throughout the day, which results in high temperatures and a sudden cool down at night.

As a result, the radon level is higher during the day than at night.

It is good to run a test during those seasons and retest again to verify the result if you achieved an extremely high radon level. Then it is recommended to call a professional if the radon test results are abnormally higher than the standard level. 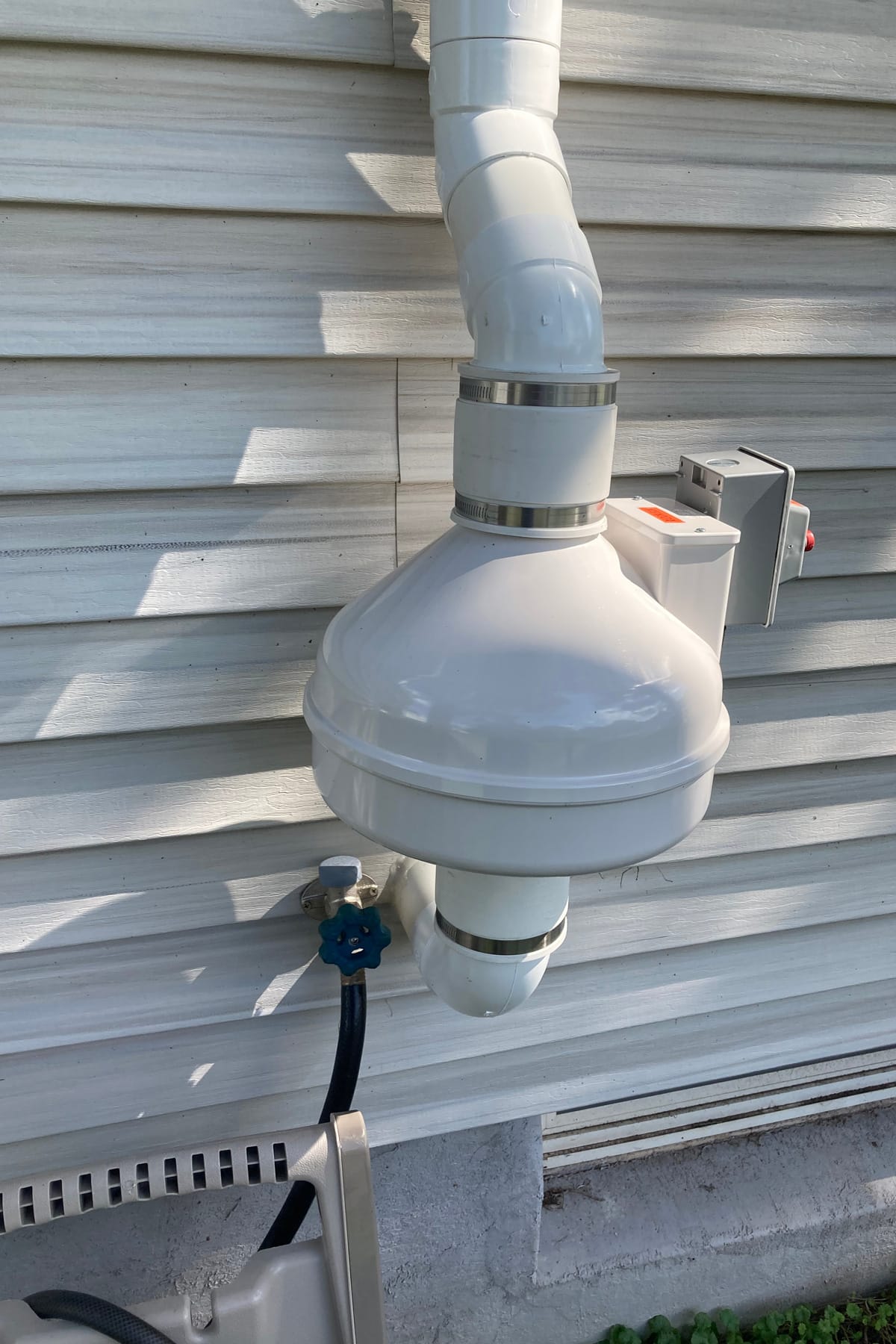 It may be impossible to have a radon fan that makes zero noise. However, you do want the sound to be at a tolerable level.

The first thing to do is to determine the source of the noise, and then you can employ the appropriate actions needed. You will likely need to repair or replace some of your fan's components.

Dealing with radon can be dangerous. That is why it is recommended to leave it to the professionals for diagnostics and fixing.

Check out these related posts:

Does A Radon Fan Require A Dedicated Circuit?

How To Wire A Radon Fan In Your Home?

Carrier Comfort Vs Performance – What Are The Differences?

How Many Degrees Can A Heat Pump Cool?

Ceiling Fan Only Works On High – What To Do?

Lennox VS Trane Heat Pump: Which To Choose?