Drylok can efficiently stop moisture damage, but it might be challenging to remove if you ever need to fix or restore your walls. Want to know how to remove this waterproofing paint used on your basement walls? Well, we did research about this matter to provide you with some valuable guidelines.

The steps to remove Drylok from the basement walls are as follows:

In this article, we will elaborate on the aforementioned steps. We will discuss certain topics related to the Drylok on the basement walls as well as the advantages and disadvantages of removing it with you. More information is ahead, so keep reading. 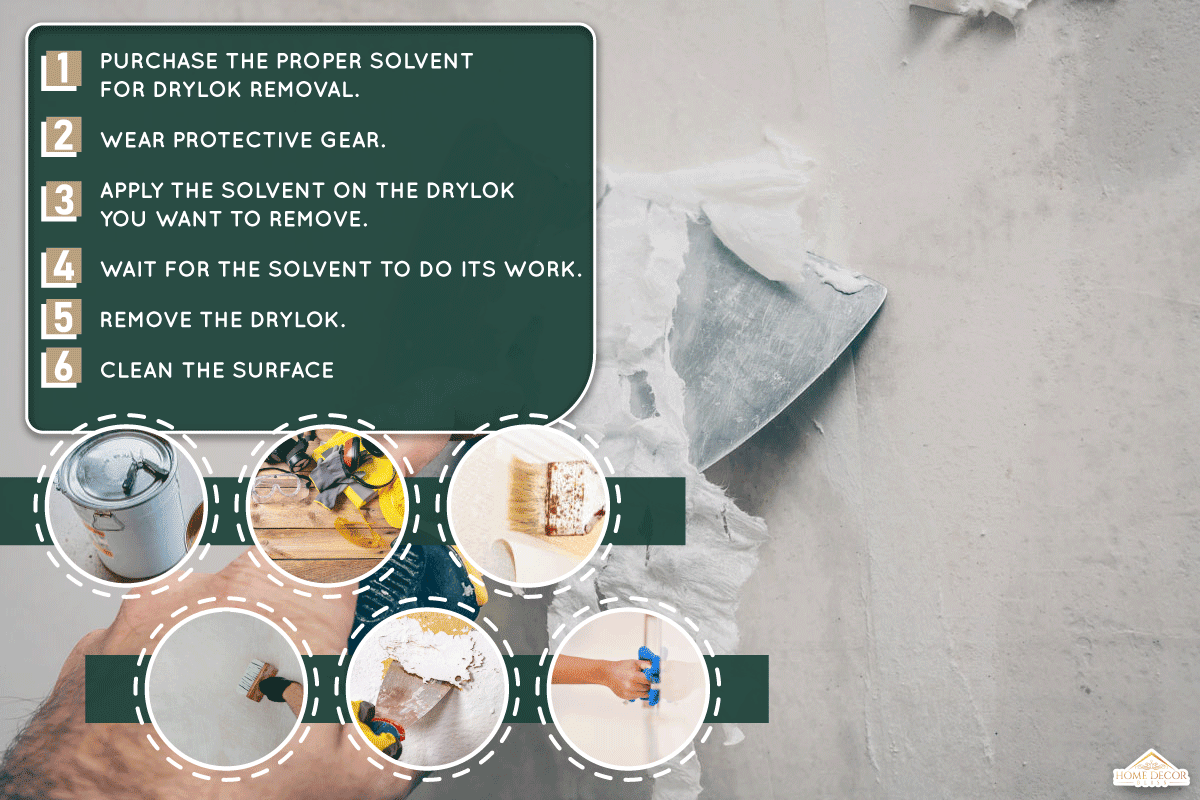 How To Remove Drylok From Basement Walls?

Cracks in basement walls and flooring are frequently waterproofed using Drylok masonry sealer. The fact that it is incredibly resilient and long-lasting is one of its best features. This also implies that getting rid of it might be a very challenging chore when the time comes!

If your Drylok is aged, worn out, damaged, faded, or just doesn't look the way you want it to, you should know how to remove it. Even though removing this from concrete can be a lengthy procedure, it is definitely doable with the correct methods and equipment. 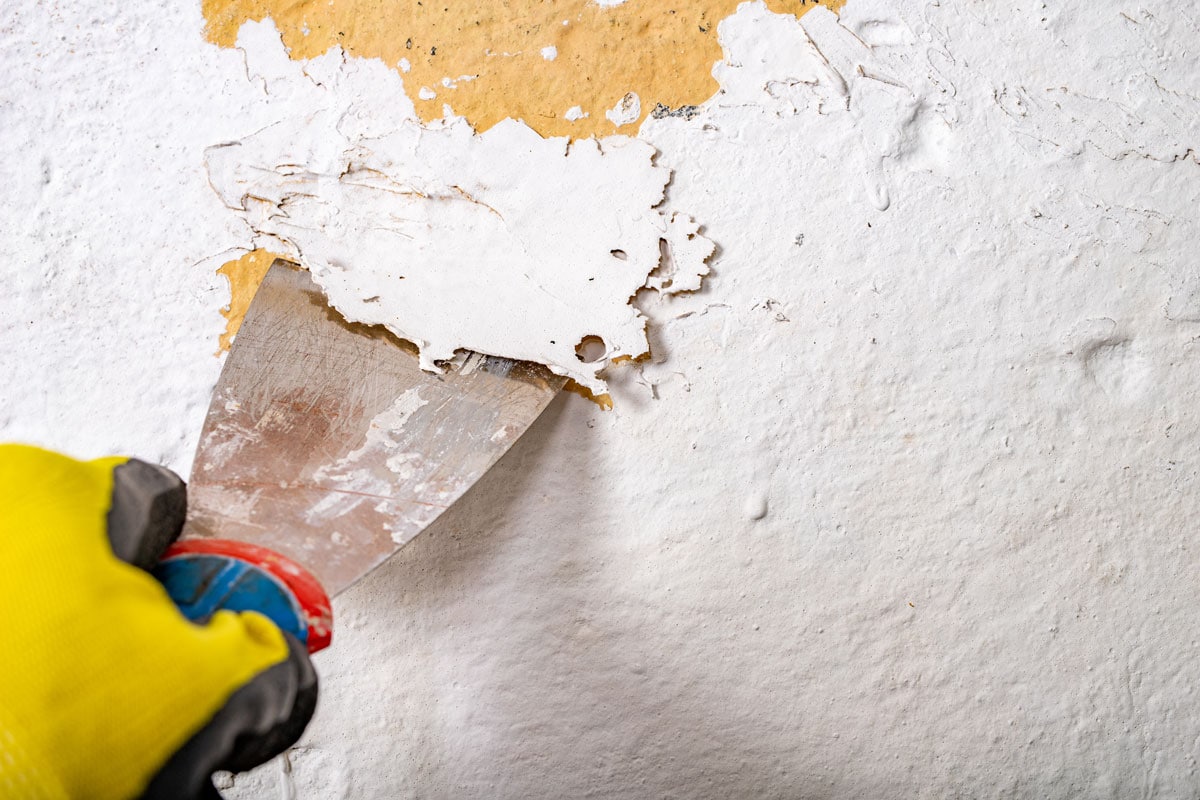 To assist you in making the process as simple as possible, below are thorough instructions on how to remove  Drylok.

You need to buy a solvent made especially to break paint or sealants to remove Drylok off basement walls. Solvent-based strippers are by far the most used kind. They are so well-liked because they are quick to work and a little stripper goes a long way.

Some solvent products effective for Drylok are:

However, you can just use a power washer with a detergent attachment to get Drylok off of a concrete floor. You might need to scrub the floor with a harsh brush first if it's particularly dirty.

Gloves and goggles are a must if you want to shield your hands and eyes from the stripper or solvent.

Click here to see this pair of gloves on Amazon.

Because these substances might be harsh, be sure to heed the manufacturer's instructions and keep this substance away from direct contact with you.

Click here to see this pair of goggles on Amazon.

3. Apply The Solvent On The Drylok You Want To Remove

Apply a substantial amount of solvent to the Drylok. Since the paint or sealer will probably be most difficult to remove from the cracks and crevices, you should make sure to get inside every one of them.

Incorporate the solvent into the paint with a brush or scrubber. Avoid using any strong chemicals that can harm the surface you are working on and be sure to be gentle.

4. Wait For The Solvent To Do Its Work

It's crucial to give the solvent time to do its job after applying it. Premature attempts to remove the Drylok paint risk damaging your basement walls.

Allow the solvent to break down the paint gradually so that it can be removed more quickly. Usually, the container of the solvent will allow around 45 minutes.

After soaking in the solvent, use a sharp putty knife or chisel to remove the Drylok from the walls. After scraping, you can use a wire brush to remove any remaining Drylok off the wall.

Click here to see this putty knife on Amazon.

Click here to see this wire brush on Amazon.

Click here to see this power wash on Amazon.

What Are The Advantages And Disadvantages Come With Taking Drylok Off Basement Walls?

Removing Drylok from basement walls has various benefits. Your home's air quality will be better because the Drylok won't be holding moisture and pollutants in the basement.

Another, it will enhance your home's appearance and value because a dry, completed basement is a sought-after feature for potential purchasers. Also, the basement won't be as cold and damp, making it more comfortable to dwell in.

However, the removal of Drylok from the basement walls may have some disadvantages. First, Drylok is a water-resistant sealant that can aid in preventing moisture and water damage to basement walls. Without it, there is a chance that water incursion will harm the walls.

Second, taking away Drylok can also take away the insulating value it offers, which might result in higher heating or cooling expenses. Thirdly, wall damage can result from the removal process, which could be messy and disruptive.

What You Can Do After Removing The Drylok From Basement Walls?

Heavy rain and melted snow runoff can enter through gaps or breaches in the foundation, warping floorboards, rusting appliances, and turning finished rooms into mildewed messes. That is why it is common to do some waterproofing in the basement.

Once you've finished removing the old Drylok, your wall is ready for a fresh sealer treatment which will keep it protected for years to come. If you have all the necessary tools and know how to apply Drylok properly, you can do it successfully. 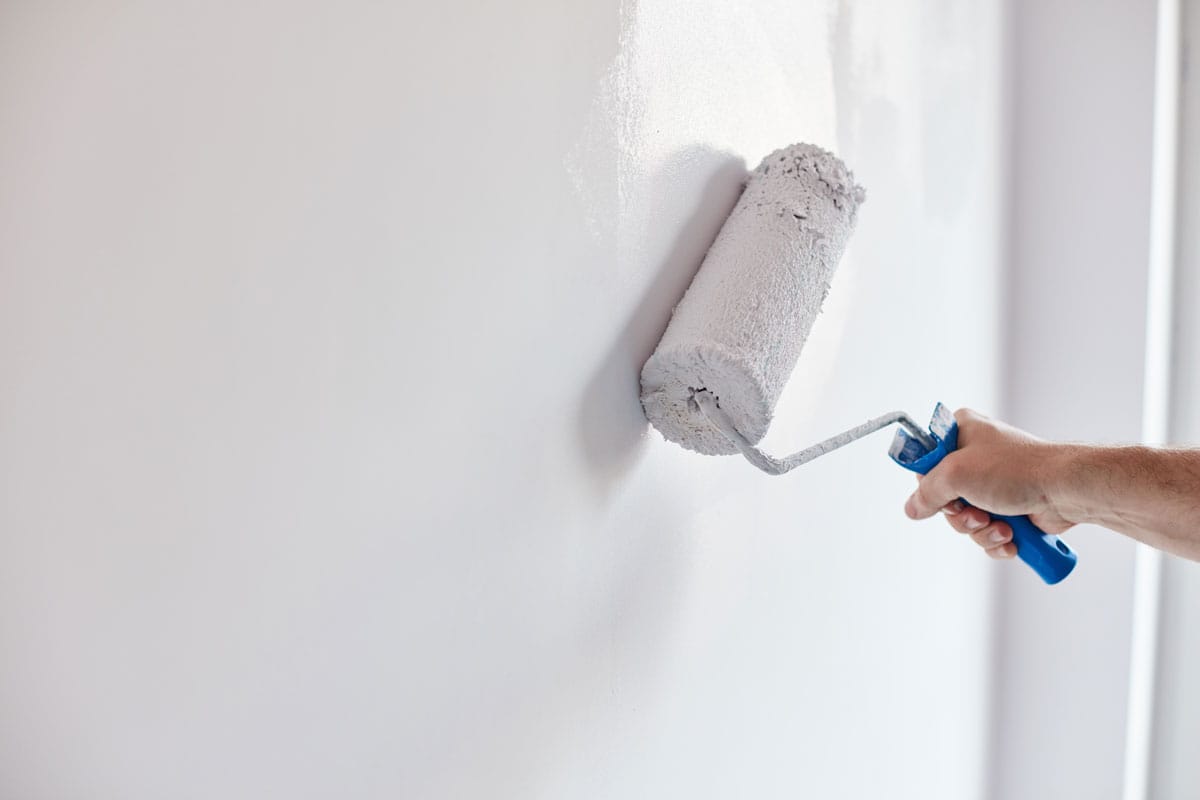 However, if you don’t want to reapply it. There are more waterproofing options you can take. You can mark the water main shutoff valve so that everyone in the family knows where to look for it and how to shut it in an emergency.

Make sure the drains for your appliances, such as the washing machine, are the right ones. Installing a water leak detector can also help notify you when there is a leak. Wireless transmitters are used by whole-house leak detectors to find leaks and then turn the water off automatically.

You might also use a programmable auto-shutoff leak detector, which measures the volume of water that is continuously flowing and shuts off the flow at certain intervals.

Does Mold Grow On Drylok? 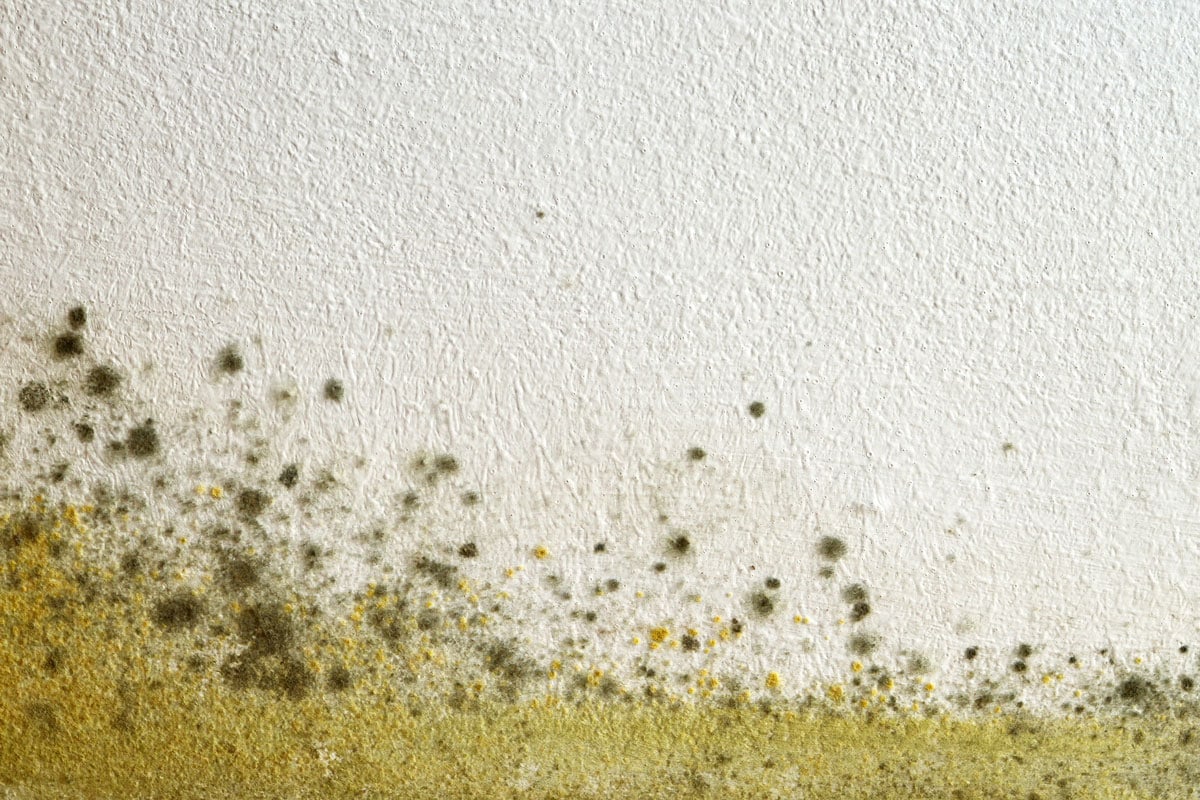 There are some worries that using Drylok paint in a basement could encourage mold growth. This is because the paint may keep moisture inside, which would be perfect for mold to develop.

To put it simply, mold needs moisture and a food supply to develop. Mold develops on wood and many other surfaces that are comparable since those surfaces are food sources as well. Therefore if Drylok is present, the mold will have enough food because of the chemical composition of Drylok paint.

Additionally, since Drylok is applied to basement foundations, there is always a steady flow of moisture passing through the walls to maintain the mold's rapid growth.

It's crucial to check that the walls are adequately ventilated and that any moisture issues are resolved in order to prevent the mold from growing.

You can test the air quality to check if there is a problem if you are worried that Drylok may be causing mold in your basement. If mold is present, you must remove the paint and take care of the moisture issue.

Basements frequently utilize Drylok, a paint-like waterproofing compound. In order to stop water from leaking through, it is applied to the walls and flooring.

Drylok is a well-known hazardous sealant despite its effectiveness. It is categorized as hazardous due to the presence of chemicals that pose a risk to human or animal health. Health difficulties like headaches, nausea, and respiratory problems might result from inhaling the fumes.

However, Drylok has produced a thorough safety data sheet that removes all uncertainty regarding the safety requirements for the user and spectators, significantly lowering the hazards.

The risks related to applying Drylok are significantly influenced by the setting in which you will be using it. The chance of being exposed to vapors when using them in the wall outside is quite low because they will naturally evaporate into the air.

It's not the same to work in a crawl area or enclosed basement. The enclosed space would stop toxic vapors from dispersing. In the worst-case scenario, the concentration of fumes in the enclosed area would be so great that breathing would become incredibly difficult.

Make the required safety measures if you are using Drylok in your basement to prevent exposure. When applying or even removing it, make sure the location is well-ventilated and wear a mask and goggles. Until the paint is completely dry, keep kids and dogs away from the area.

We hope that this information helps you remove Drylok from your basement walls successfully. However, if you are hesitant to do it by yourself, you can contact a professional, as they know to get rid of any dangerous substances in the right way.

Before you go, check out some other interesting topics we have below.

What Is The Best Sealant For Basement Walls?

How To Seal A Basement For Radon?

How To Clean A Procom Heater

How To Become A Solar Technician

How Thick Should Vapor Barrier Be?

Does An Electric Fireplace Need A Dedicated Circuit?