When you think of windows, you probably picture big panes of glass. But plexiglass, while less common, is becoming a popular choice. However, most installation advice and tips still pertain to traditional glass windows. So how do you seal a plexiglass window? We've checked with contractors on the differences between plexiglass and glass for the details.

Use window glazing putty to seal plexiglass, keep out drafts, and close gaps.  While caulk is also a common sealant for windows, it can be tougher to use on plexiglass. Glazing compound is usually the better option for making your windows air-tight.

Keep reading, as we'll give you the steps, whether you're installing a new plexiglass pane or need to seal one already in place. We'll explain why caulk doesn't always work and cover caulk that does. And if you're not ready to replace your glass windows yet, we have suggestions for building plexiglass storm windows that work with existing glass windows. 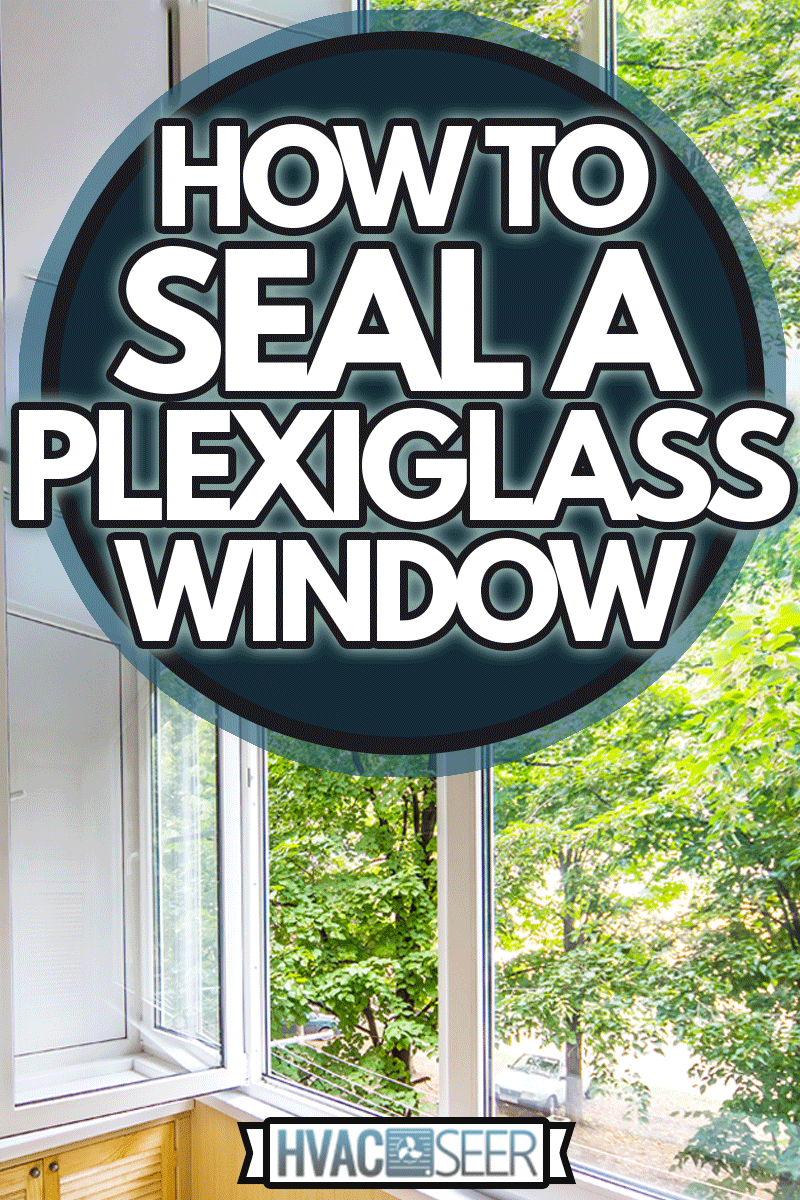 How To Seal A Plexiglass Window 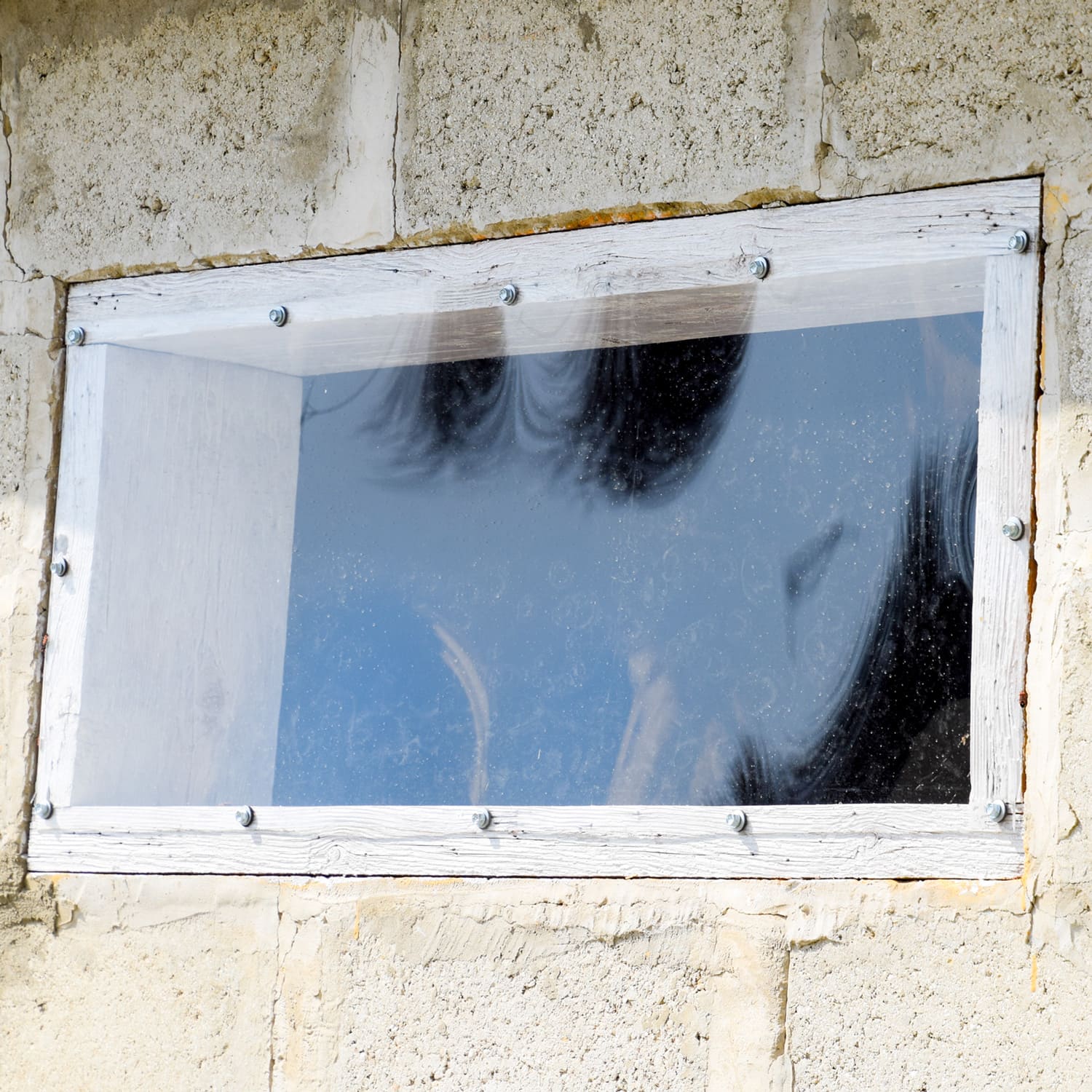 In most cases, window glazing putty is the best way to seal a plexiglass window.  To seal the window, first, use a putty knife to apply the glazing compound. Fill in the grooves with a thin coat of glazing putty the entire way around the window.

Click here to see these glazing points on Amazon.

Once all four corners have glazing points, add more points roughly every eight inches around the window. Doing this holds the plexiglass pane in place.

When the window is securely in place, add more glazing putty to completely fill the window's grooves. Use the putty knife to insert as much as needed, smoothing it out as you work. If you are trying to seal a window that is already installed, this is the only step necessary. Just fill in the grooves, skipping the above details for placing a new window.

Can I Use Caulk To Seal A Plexiglass Window? 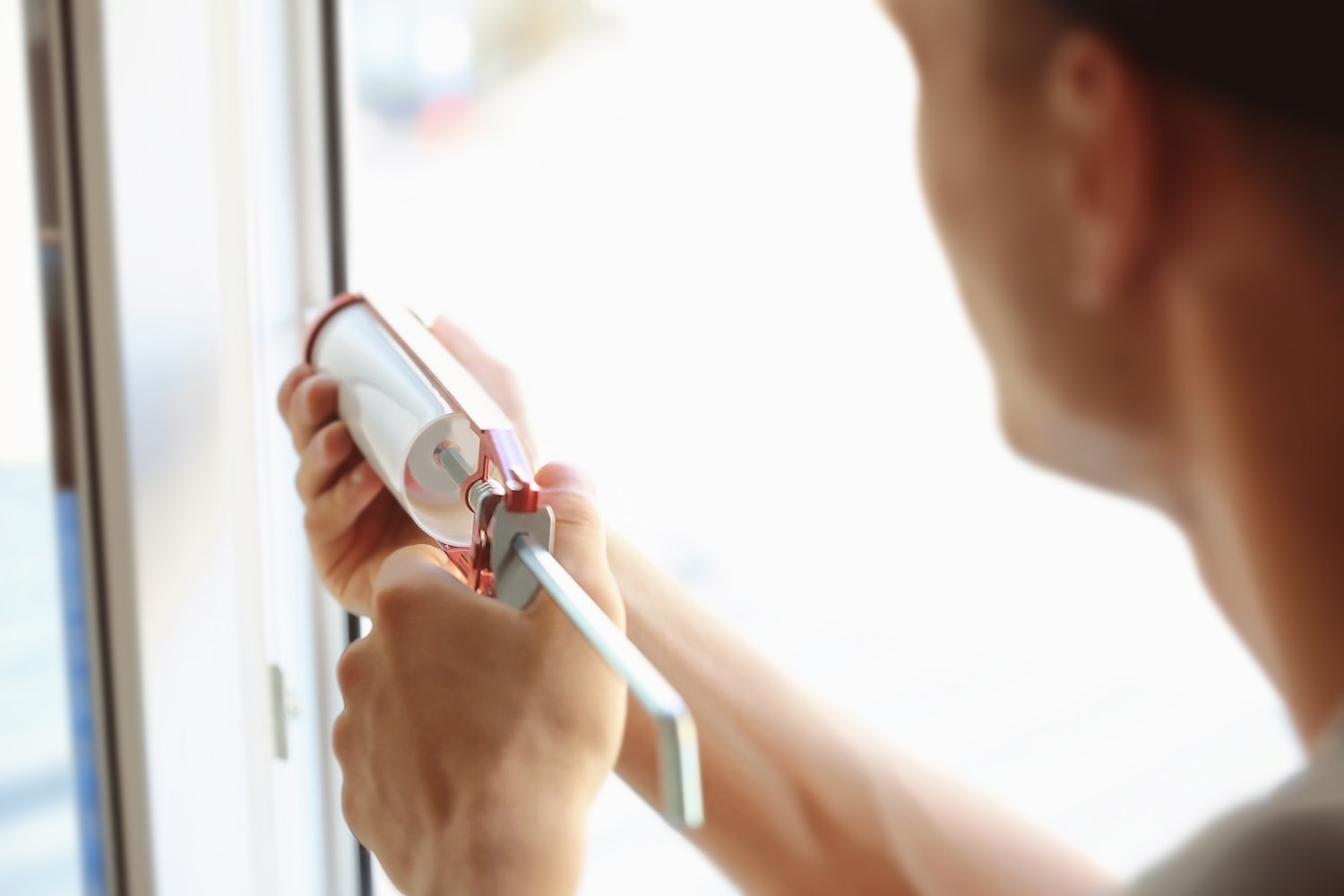 Caulk can be convenient, as it's fast to cure and easy to install. But it works best for gaps that are 1/4 inch or less. Window grooves are generally larger than this.

If your window is already installed and you only have small gaps to seal, it's possible to use caulk. However, the elastic nature of caulk and the texture do not always let it bond well to plexiglass.

Caulk comes in different formulas, using acrylic or latex. Some of these materials are not compatible with windows, and they won't seal properly.

If you absolutely want to use caulk for your plexiglass window, try using butyl rubber caulk. It's very adhesive and can stick to a variety of surfaces. Note this makes it a suitable choice for both plexiglass and the window frame.

However, butyl caulk probably won't stick well to a painted surface. In this case, silicone caulk is likely your best choice. Be sure to pick a true silicone, as many brands mix other chemicals such as xylene into their formula. These can act as a solvent that attacks the plexiglass or weakens it.

Is Plexiglass As Good As Glass?

Depending on what your goal is, plexiglass can be as good (or better) than glass. To compare some of the differences:

R Value Of Glass Vs. Plexiglass

Depending on who you ask, there's some debate about which material offers better insulation. It's partly because comparing glass and plexiglass requires considering several points.

If you compare two equal sheets of glass and plexiglass, both of the same thickness, the glass will be the better insulator. A sheet of plexiglass needs to be thicker to match the insulating property of a glass pane.

However, because plexiglass is much lighter, this may not be as difficult as it sounds. When comparing those two equal sheets of glass and plexiglass, the plexiglass weighs half as much as the glass.

So, you can double the thickness of the plexiglass before it weighs as much as the glass pane. At this point, you've exceeded the insulation value of the glass as well.

In addition, the specific insulation ability of glass varies. Not every sheet of glass is exactly the same. How it was treated, and things like double glazing affect how much insulation the glass provides. 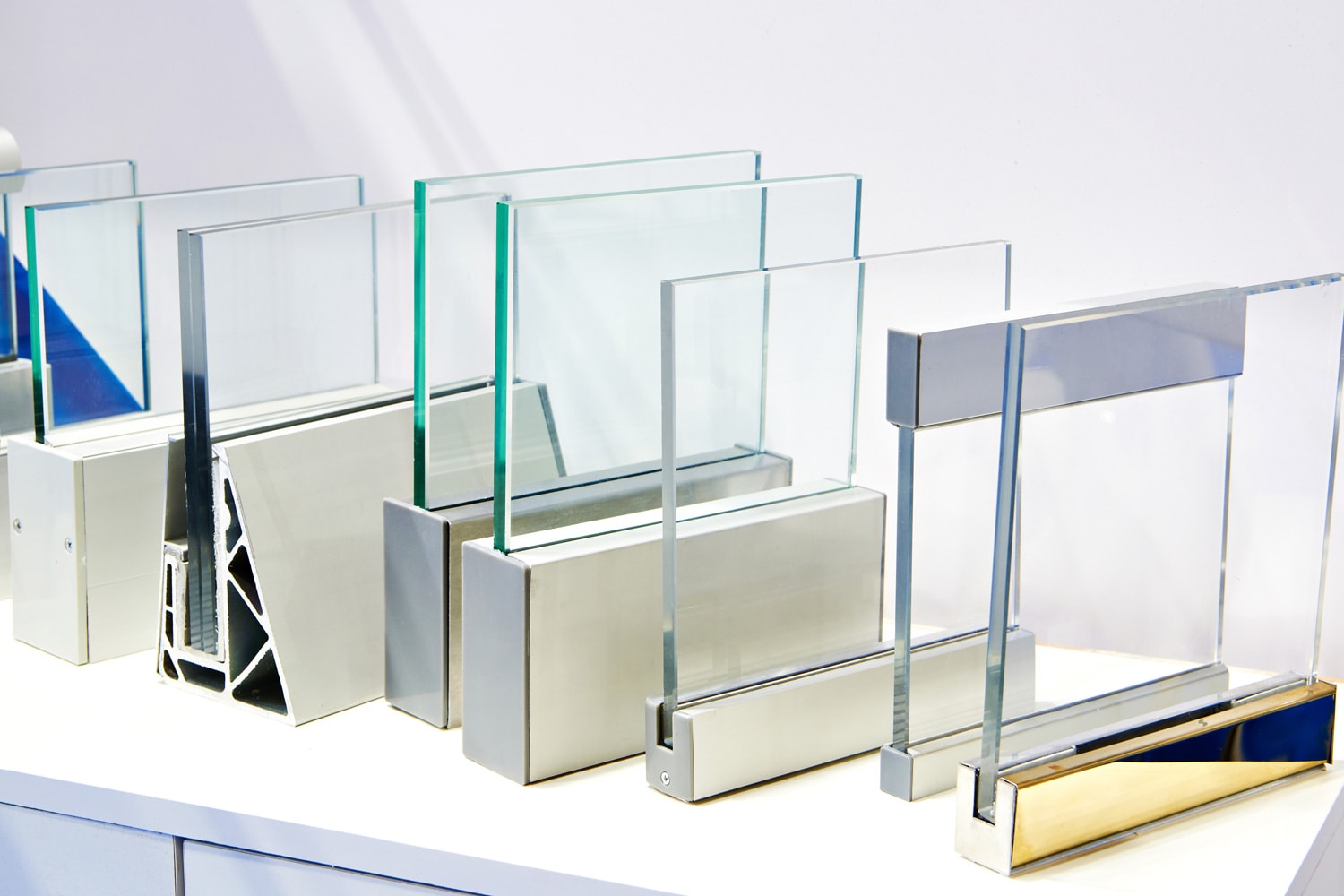 In short, you can find plexiglass that offers the same R-value (or better) than glass. But you'll need to check specifics for yourself and make sure you pick the right one. Plexiglass that has a sufficient thickness can be an excellent insulator. However, a piece matching your current glass is likely to give inferior results.

Is Plexiglass And Acrylic The Same Thing?

There is no real difference between plexiglass and acrylic, as they are essentially the same thing.

Acrylic is a short name for a type of plastic called polymethyl methacrylate. Plexiglas is a copyrighted brand name for this same plastic. Over time, the brand name simply became so well-known that plexiglass started being used to refer to all acrylic, whether it was technically Plexiglas or not.

The main notable difference between Plexiglas, the brand name, and generic acrylic is the manufacturing process. Acrylic is made through extrusion or cell casting. Cell casting is more time-consuming and labor-intensive but also more durable.

How To Make Plexiglass Window Inserts

What if you don't want to replace your glass windows entirely? Instead, you want to add a plexiglass window insert to the existing glass. Using both can provide more insulation to the glass and keep your home warm over the winter.

First, measure the window's interior to build a frame for the plexiglass. Cut four pieces that match the measurements to create a frame, piecing them together with wood putty.

Paint the frame as desired. Then, cut the plexiglass to match the frame. The plexiglass should be large enough to extend nearly the full length of the frame, but not more than that.

Screw the plexiglass sheet directly to the frame. Be sure to note which side of the frame you want facing out. The plexiglass should be attached so that the screws are hidden,on the side that will face inward. Use screws small enough that they do not go entirely through the wood frame.

This video shows the process. It also has the window frame simply slid into place. If you're concerned this isn't durable enough, use a foam tape instead.

Simply put the tape along the edges of the storm window, then secure it into the permanent frame. This will help grip the insert in place better. The tape generally can be peeled off later, though you may need to dissolve the adhesive with a remover.

Click here to see this foam weatherstripping tape on Amazon. 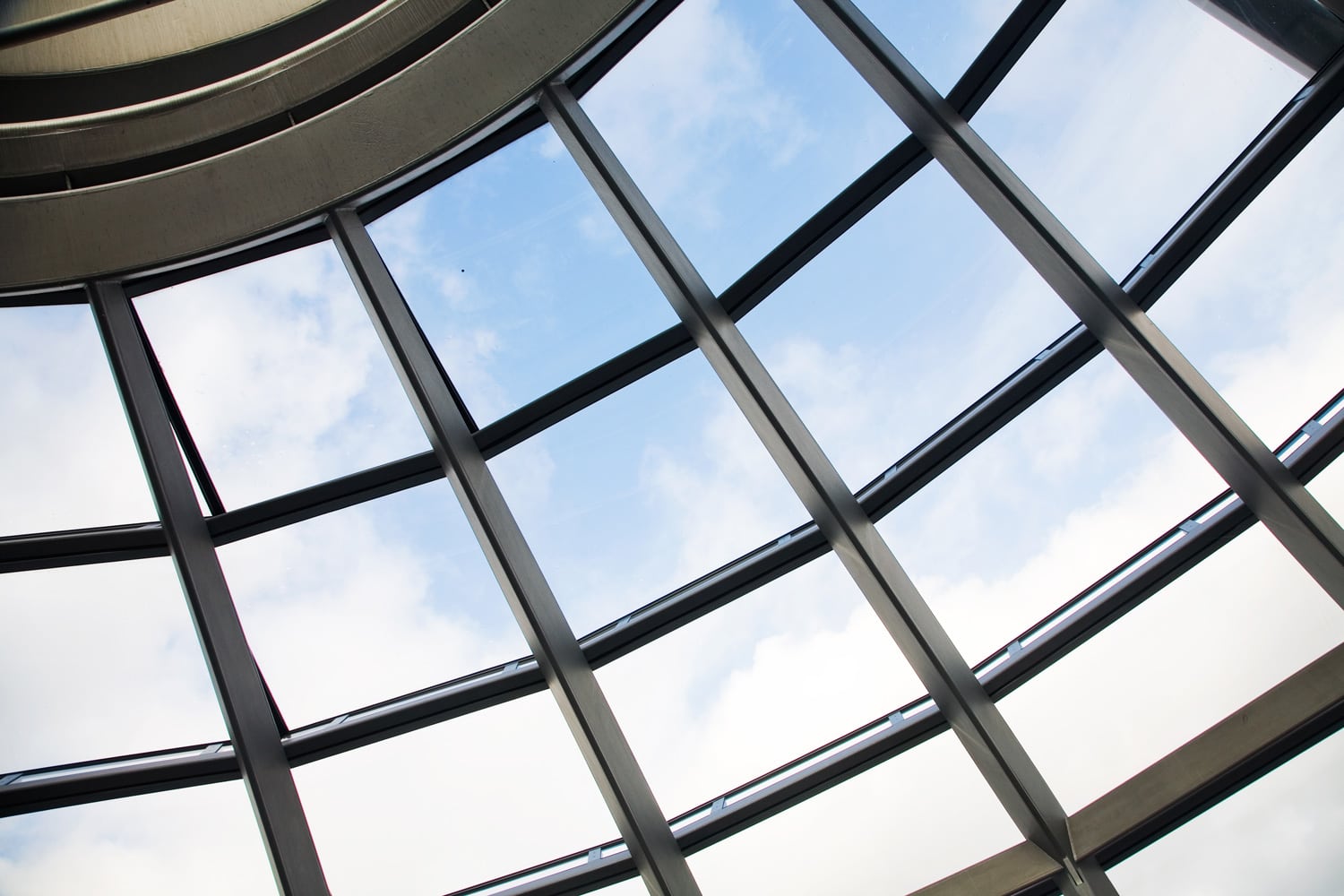 While glass is the more traditional material for windows, plexiglass is more durable, resistant to breaking, flexible, and lightweight. Because it's lighter than glass, it can also be used in thicker panes for better overall insulation. Plexiglass tends to be more expensive initially but costs less to maintenance and repair, saving money over the long haul.

The best way to seal plexiglass is with a window glazing compound. This long-lasting material seals the window, prevents drafts, and is better suited than caulk. If you use caulk, make sure to pick an appropriate type such as butyl. Not all caulk will be compatible with plexiglass, failing to get a proper seal.

If you enjoyed this article, you'll want to read these next:

How To Insulate Plexiglass Windows

How To Insulate Old Windows Without Replacing Them

How To Clean Central Air Conditioner Vents And Ducts

AC Vs DC Air Conditioner: Which To Choose?

How Thick Is R30 Insulation?

How Long To Run An Ozone Generator In A Bedroom?