When you are looking for an HVAC air conditioning system, a few keywords will appear everywhere. The terms SEER and EER are frequently used. But what do these terms actually imply, and what are their differences? We’re here to help you as we share what we researched from the experts.

In this article, we will explore SEER and EER in greater detail so that you will be knowledgeable when you begin the heat pump search So, keep on reading! 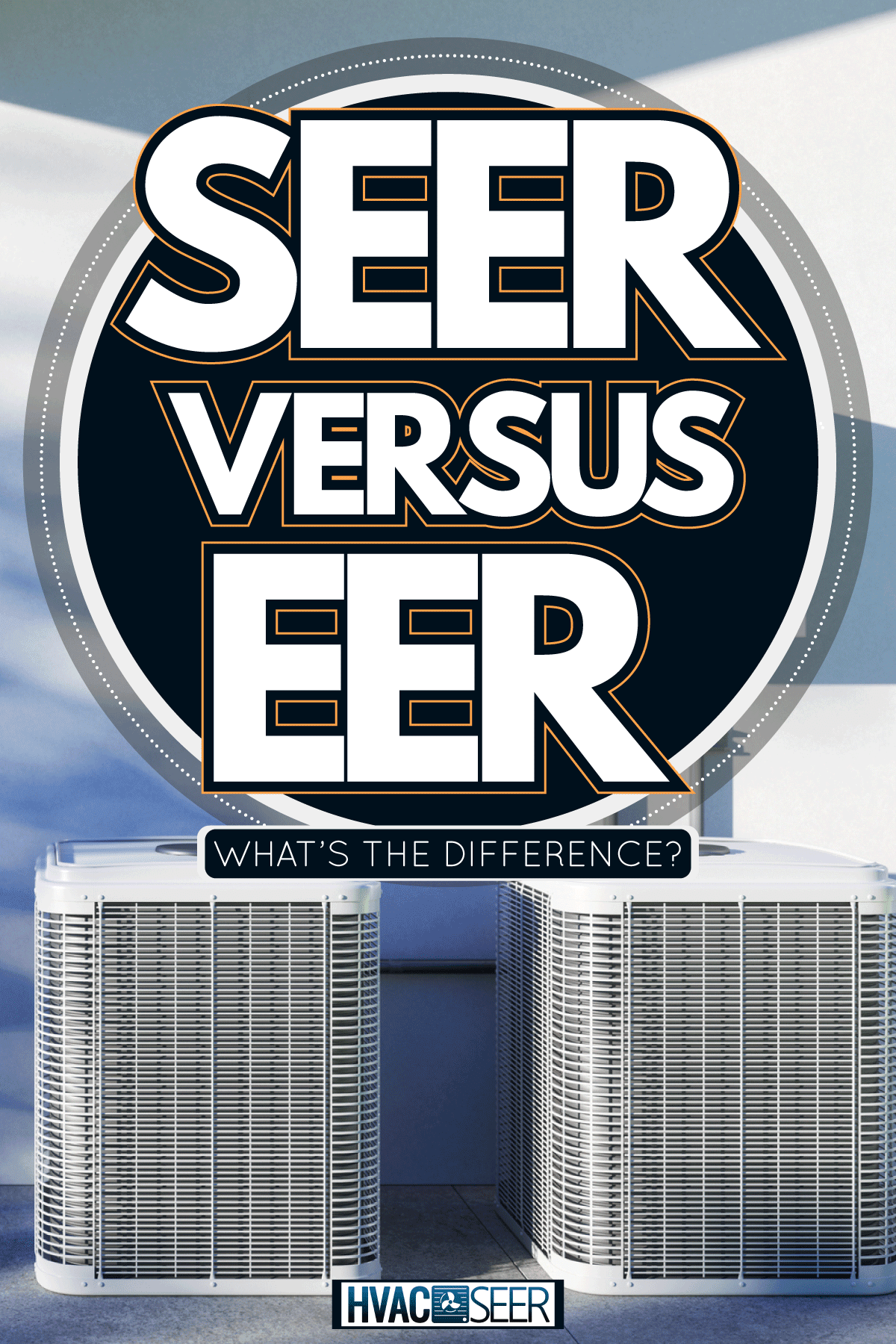 The energy efficiency of air conditioners is measured using both EER and SEER ratings. We'll examine how they vary since they measure the same thing. 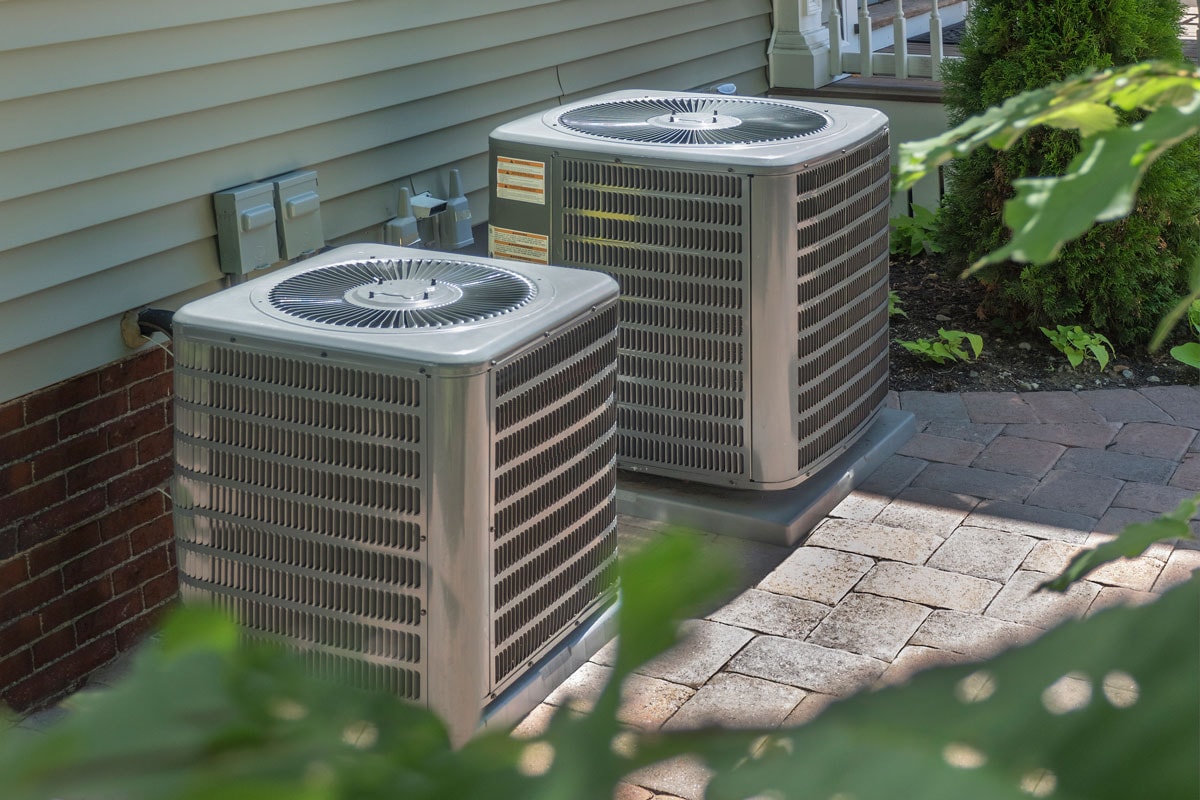 Let's quickly go through the meaning of each rating. We'll start by examining the EER rating and then contrast it with the SEER rating.

The easiest way to gauge an air conditioner's energy efficiency is by looking at its EER rating. In effect, the SEER rating is essentially an application of the EER rating. It's crucial to realize that Air Conditioning, Heating, and Refrigeration Institute (AHRI) measures EER under specified test settings:

Accordingly, the air conditioners operate the room at these temperatures and relative humidity levels. Only two metrics must be measured in order to determine the EER rating, namely:

We can now determine the EER rating using the formula mentioned above based on these two metrics. As for example, test conditions for the portable air conditioners are 95°F, 80°F, and 50% humidity.

The device may operate at a maximum power of 1,000W. Assuming that the air conditioner is running at 1,000W and the overall cooling output is 15,000 BTU/hr. Here is how to compute the EER rating: 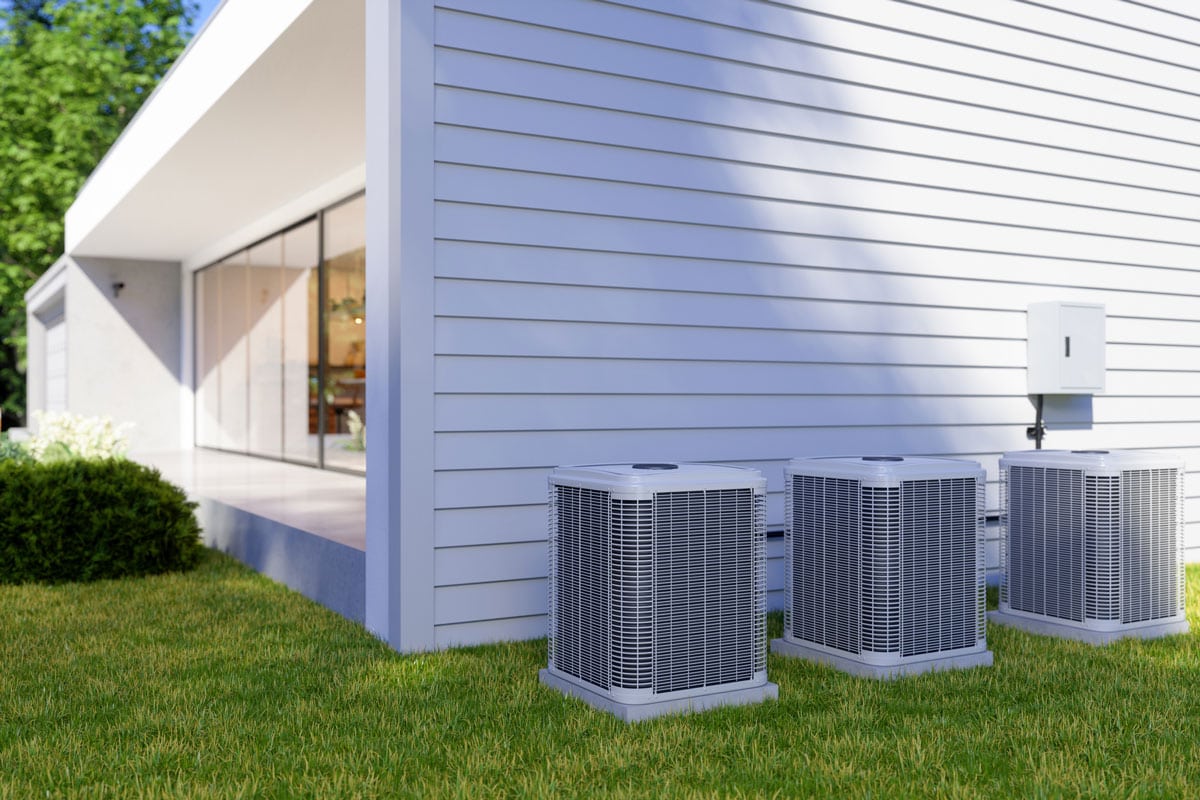 We don't usually experience outdoor temperatures of 95°F in the summer. We also don't always have 80°F indoors. Naturally, even the relative humidity values are not 50%.

This implies that the usual EER rating is not a very accurate indicator of how well the air conditioning unit would function under real-world circumstances, but the SEER rating is. The SEER rating's objective is to calculate cooling costs and energy efficiency more precisely than the EER rating.

Let's look at an example to see how SEER is computed using these four EER measurements. Considering the preceding example's 15,000 BTU air conditioner with a 15 EER rating.

So, the SEER rating is,

As may be seen, the EER is 15 and the SEER ratio is 16.8. The SEER rating is typically always greater than the EER rating at full load.

The greater the figure in SEER and EER, the more effectively the appliance uses electricity. The SEER rating correctly evaluates seasonal energy efficiency, allowing EnergyGuide to calculate predicted year operating expenses based on the rating.

In general, the efficiency of the unit improves with increasing SEER ratings. Modern units must have a rating of at least 13, and the majority fall between 13 and 21. However, some models may have ratings that are considerably higher.

On the other side, older and less expensive devices may have a lower rating. For comparison, the majority of HVAC systems made for builders have a SEER rating of 8 or 9. But bear in mind that the rating represents the HVAC system's highest practical efficiency. It might not always perform that well.

To make a comparison, SEER ratings work similarly to a car's fuel efficiency. A car may achieve up to 35 miles per gallon on the highway, but that doesn't mean it constantly runs at that efficiency. Your MPG is inevitably going to be significantly lower in city traffic.

Department of Energy (DOE) declared that the minimum EER ratings for air conditioners in the South can range from 11.7 to 12.2, depending on the power input.

However, these are only minimums, and if your appliance performs significantly better than required, it will be awarded an EER rating that has been validated by ENERGY STAR.

For homeowners, ENERGY STAR-rated units have many advantages. It shows that if the unit has a great EER rating, better materials were used in its construction, and its environmental impact was considerably reduced.

An air conditioner with a higher EER or SEER rating would normally cost more. Some homeowners may question whether the additional cost is actually justified.

However, if you intend to use your air conditioner for many years to come, utilizing more energy-efficient cooling for your home will save you money in the long term. The higher the rating, the more efficient and much quieter the systems are.

How Do the Two Ratings Differ? 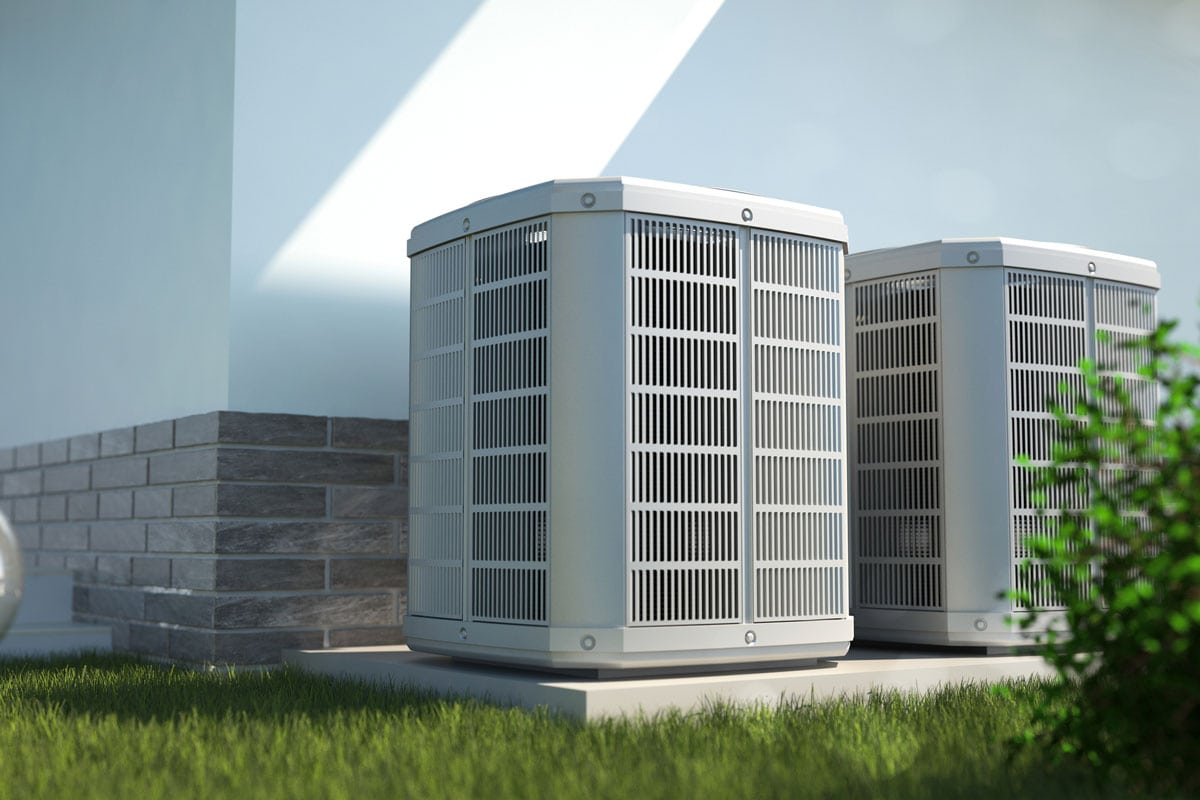 SEER typically applies to heat pumps and central air conditioners, whereas window and portable units are more likely to use EER.

Do These Ratings Matter?

For anyone looking to buy air conditioners, both of these ratings offer crucial information. On every new air conditioner, an Energy Guide sticker must be affixed in a prominent location. There are a few details on the label that you should pay attention to: 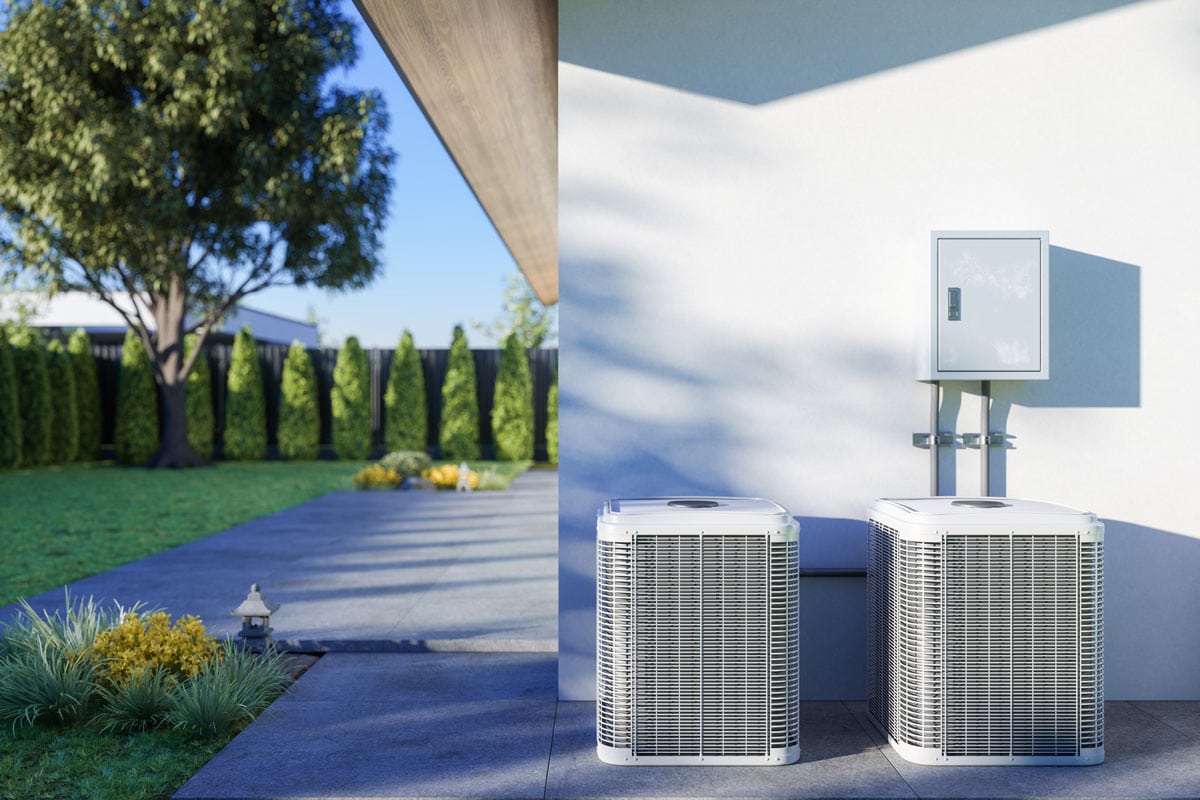 EER is a standardized measurement of an air conditioner's efficiency, whereas the SEER gauges how effectively an air conditioner runs over the course of a season. The unit is more efficient the greater either ratio is.

Before leaving, don’t hesitate to check some relevant topics below.

What Is A Good SEER Rating For A Heat Pump?

What Are The Types Of Loose-Fill Insulation?

Evaporator Coil Cased Vs Uncased – Which To Choose?

Tempstar Vs Trane: Which AC To Choose?

How To Seal A Crawl Space?

What Size And Type Of Wire For 200 Amp Service Underground?