Today we'll talk about how having a radon mitigation system affects buyers' decision to buy a house. Is it worth it to buy a house with such a system in place? What are the factors to consider before you push through with the purchase? We've done the research and here's what we discovered.

Although a radon mitigation system promises to bring the risk of radon exposure to a safe level, it is entirely up to you if you would buy a house that has one installed. Three important factors to consider are your trust in how the system works, resale value, and maintenance. If you trust that the mitigation system works, then it shouldn't be a dealbreaker, especially if most of the houses in the area have this system in place. Just make sure that it is properly maintained so that it can still be effective in doing its job.

Keep on reading to learn more about these considerations before you go ahead with your house purchase. We'll also tell you why radon should bother you and how you can make your home safe from this carcinogenic gas. Let's get started! 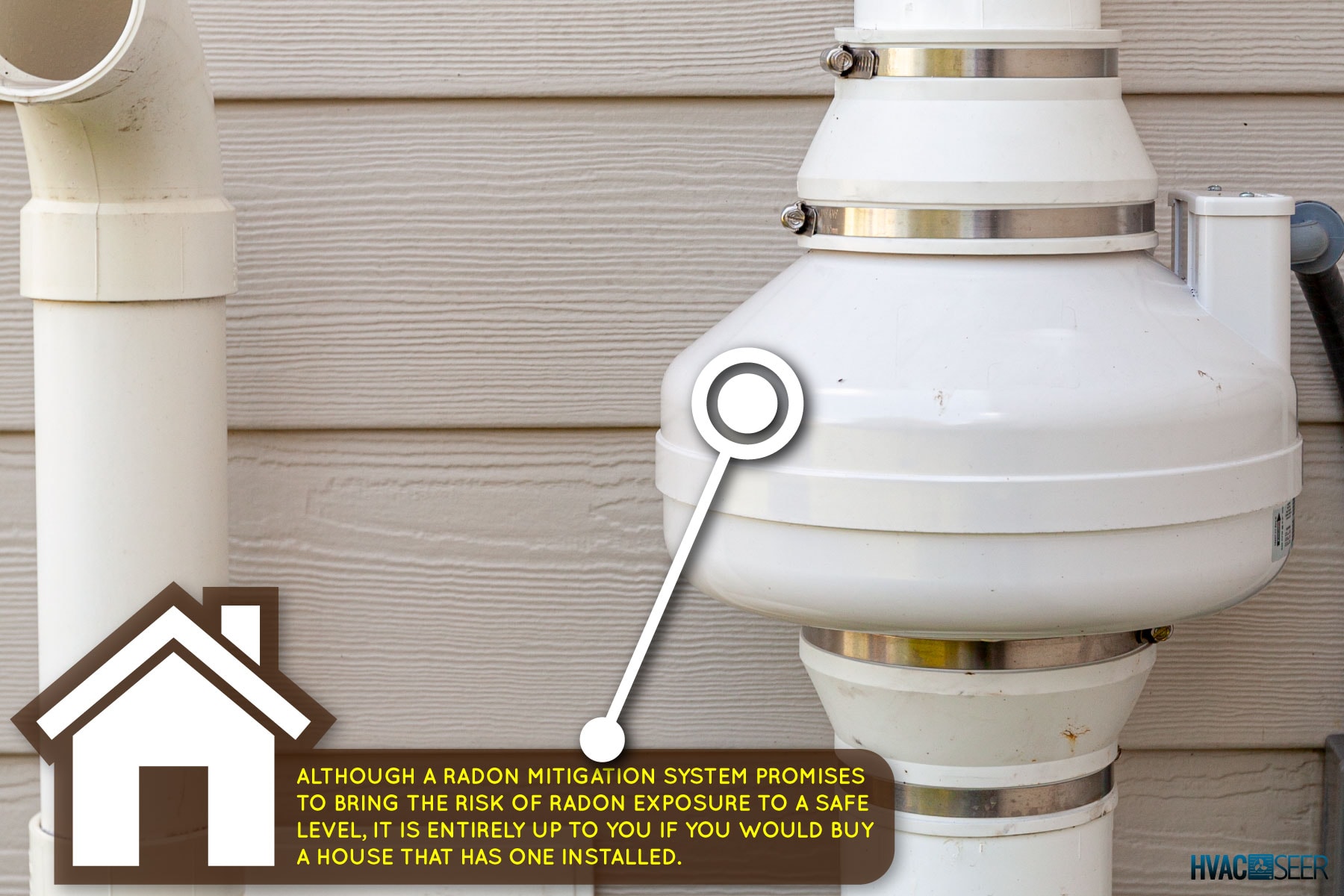 Buying A Home With Radon Mitigation System: What You Should Know

It is standard operating procedure to have a home inspection done before you buy a house. When you get the report and find out that the house has a radon mitigation system installed, how should this influence your decision? Is it a deal or no deal?

It is understandable for home buyers to react to this information in different ways, but before you make your decision, here are the factors you need to consider when there's a radon mitigation system in the house.

First of all, let's clarify what this system is. A radon mitigation system reduces the level of radon gas in a home within a safe level or below 4.0 pCi/L, as recommended by the Environmental Protection Agency. The system does this in two ways. It ensures that as much radon gas as possible is removed from the home and finds ways to prevent the entry of this potentially harmful gas into the home.

Experts say that this mitigation system works 99% of the time and assure buyers that it shouldn't be a dealbreaker it's installed in a house.

However, not all buyers are the same and each one has their own preferences. Here are the important considerations for home buyers when the house they want to buy has a radon mitigation system installed.

Trust In the System 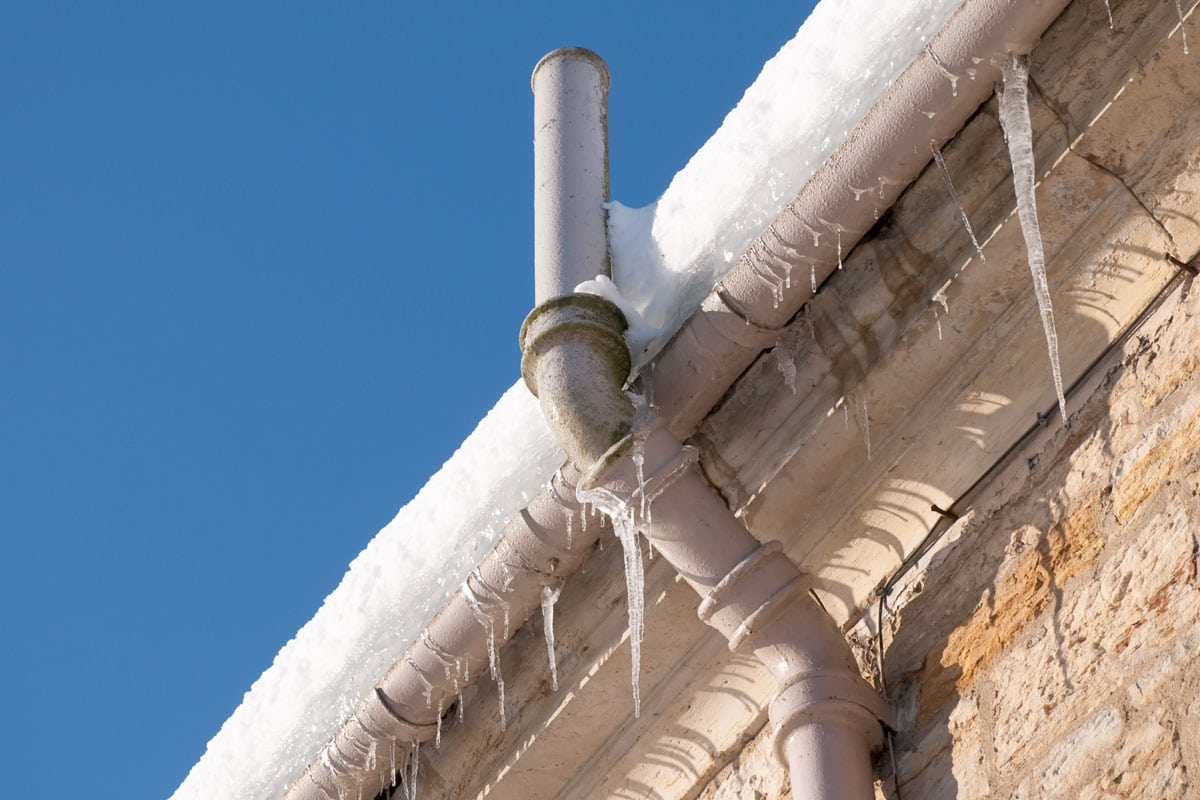 The fact that it's installed there means that the radon level in the area is particularly high. Some buyers aren't ok with this. They don't want to compromise their families' health since radon is a known carcinogenic gas.

Other buyers, however, aren't especially bothered because they trust that the radon mitigation system to work and make the house safe to live in.

For some, their minds can be at ease knowing that these measures are in place but for other home buyers, they may have worries that the system would fail, putting their entire household at risk of too much radon exposure.

In the end, you must weigh how you feel about the radon mitigation system. You want to live in a house where you can have peace of mind and feel safe and secure. If the system helps you achieve that, then it isn't a dealbreaker, but if you won't attain that inner peace, then it's not worth it, no matter what experts say. 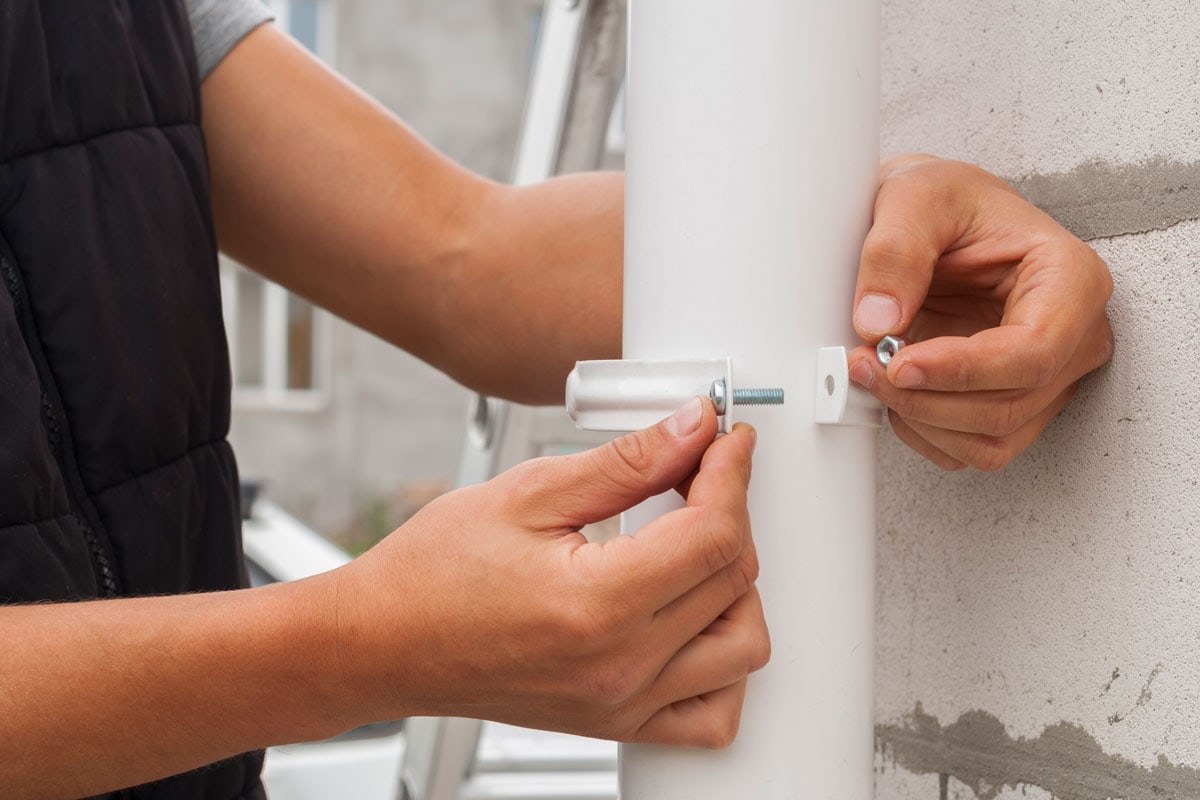 Some home buyers also think ahead to when they will be selling the house. Will having a radon mitigation system be a liability later on, causing them not to be able to sell the house for what it's truly worth?

Experts say that having a radon mitigation system doesn't necessarily affect a home's resale value, especially if most houses in the particular geographical location have it in place. This means it's common to have this system installed since the risk of radon exposure is often concentrated in large areas.

It is also seen as a positive that the risk for radon exposure has already been identified and something has been done to mitigate the issue.

Rarely does only one specific house in the neighborhood have a radon mitigation system. If ever you encounter this, then this would affect the resale value of that house as it becomes a liability since it isn't common in the area. If you still want to purchase the house, you can ask for a lower price or if you're the homeowner, you can expect to sell your house at a reduced value. 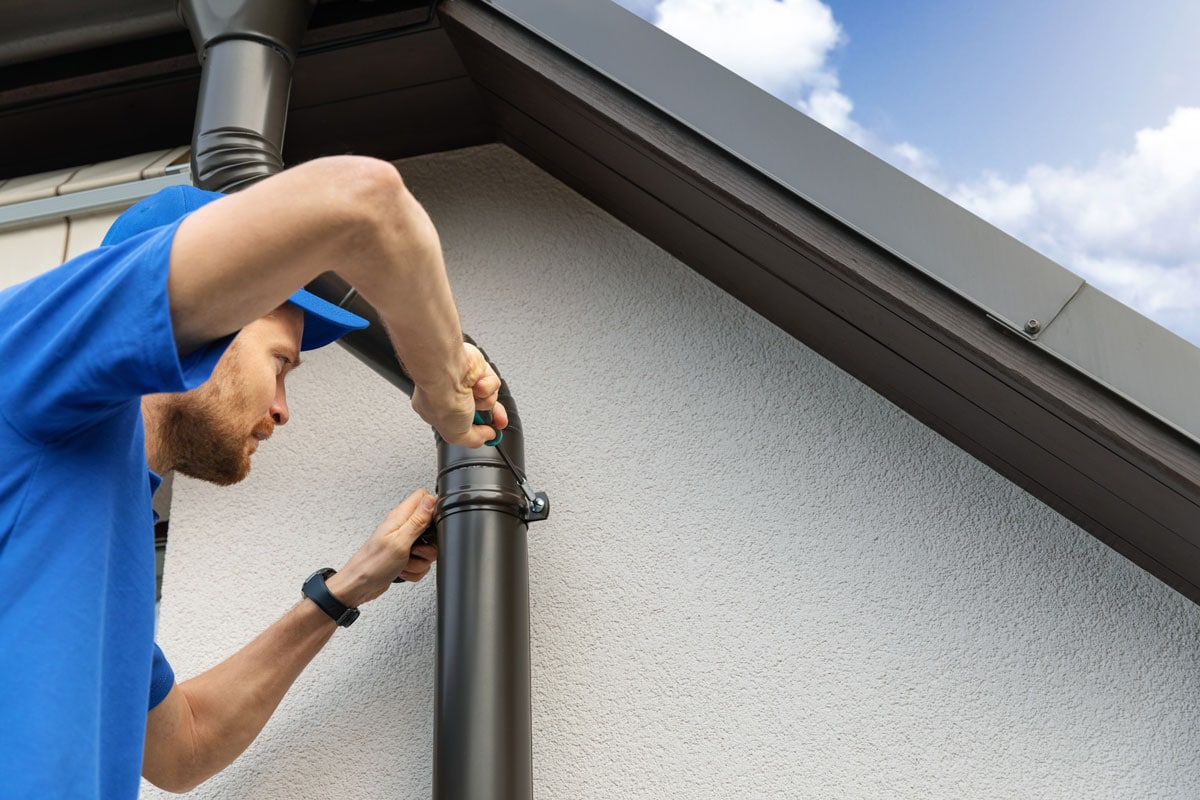 Radon mitigation systems require minimal maintenance, but it is still good to know if the home's mitigation system is properly maintained. This will give you the assurance that it is working effectively to keep the radon exposure level at bay and will continue to do so once you move in.

You can also confirm when the last radon inspection was done since it is recommended to have the house re-tested every two to three years. This will let you know if the radon mitigation system in place is up to the task or if other measures need to be done to reduce the level of radon gas inside the home. This will also allow you to further negotiate your terms with the homeowner.

Think about these factors carefully before you decide if you should purchase a house with a radon mitigation system or not.

Why should radon bother you?

Radon is a gas that is a byproduct of decaying radioactive elements such as radium, uranium, and thorium. These elements decompose in the soil, rocks, and underwater. Decaying is a natural process, which is why radon is naturally found in the air. It just happens that some areas have a higher level of this gas than others.

People are exposed to this gas as it rises and gets mixed with the air we breathe. It doesn't have any color or smell, making it undetectable by human senses. 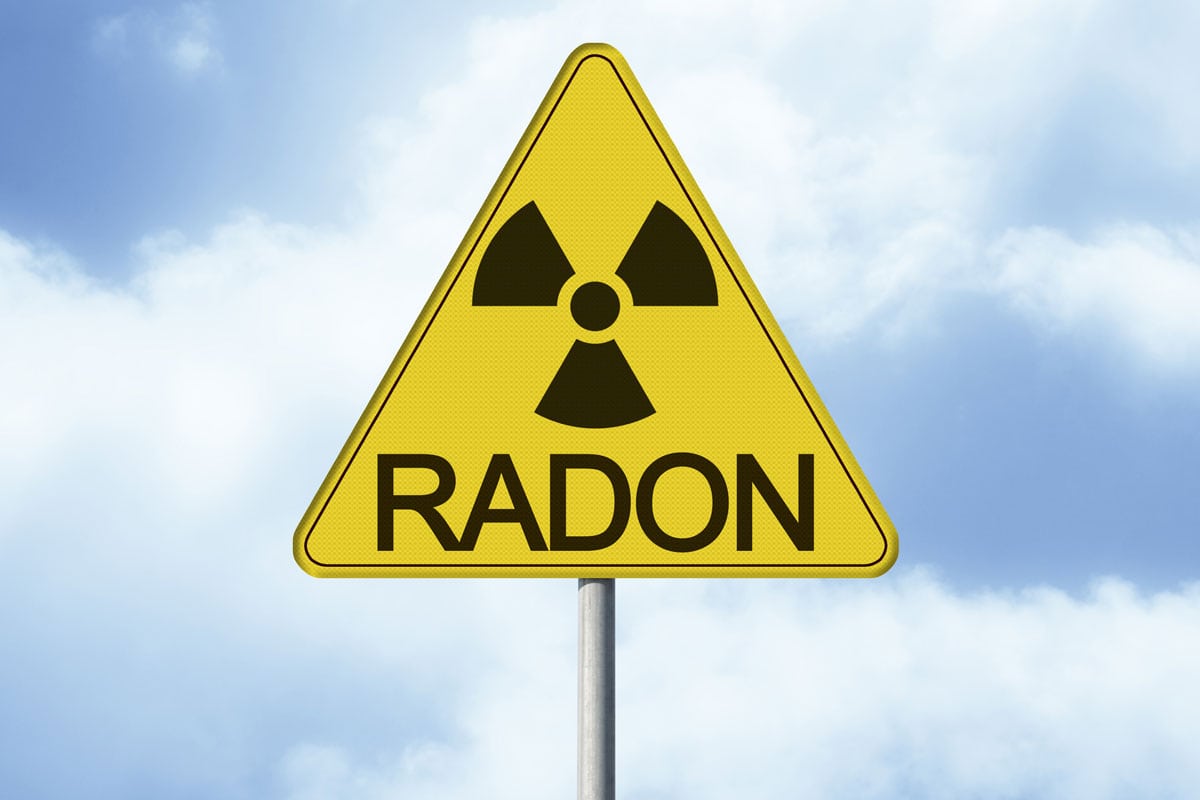 Outdoors, radon isn't much of a problem since it is easily dispersed in the air. However, radon gas can also permeate homes through cracks and gaps in the foundations, walls, floors, and pipes, where it becomes a serious issue.

Radon is  heavier than air, which is why much of it is usually concentrated in the lower portions of the house, especially the basement. If you have a basement and use it as a living space, the risk for radon exposure here is higher, but radon leaks can still reach other areas of the house through the HVAC system as it travels through its vents.

When the radon level reaches between 2.0 and 4.0 pCi/L, the EPA recommends that you take necessary measures to keep it within a safe level. Prolonged exposure can increase the chances of having lung cancer.

How do I make my house safe from radon?

Continuous exposure to high levels of radon gas can put you and your family at risk of lung cancer. In fact, it is one of the leading causes of lung cancer, which can be deadly.

This is why the EPA requires homes to have a radon level below 4.0 picocuries per liter or pCi/L to ensure that it is within a safe level. Homeowners should have their houses inspected by a professional to determine their risk of radon exposure. If the results show that the risk is high, a radon mitigation system should be put in place to reduce this risk.

This system usually involves a fan that pulls the radon gas out of your house and releases it into the pipes that lead outside your home. It also has a warning device that tells you when the system isn't working properly. 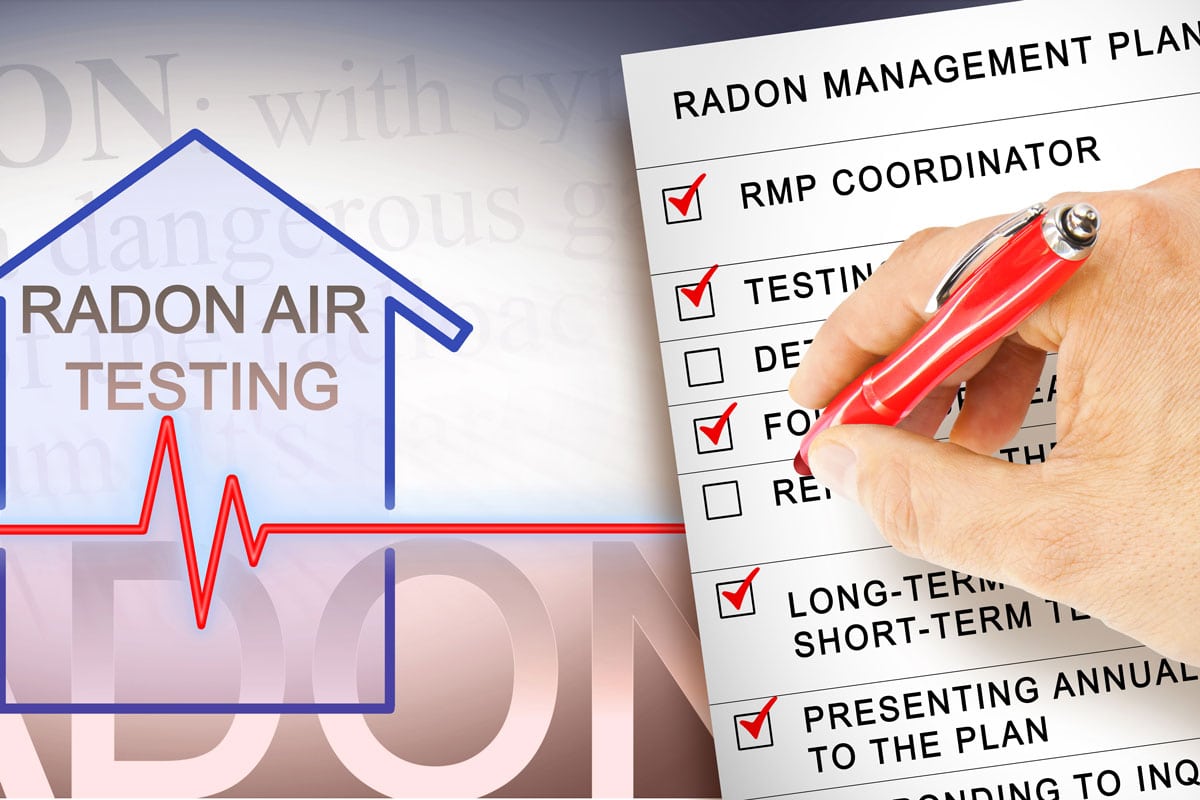 Cracks and gaps in the foundations, walls, and floors are sealed to prevent this gas from entering your home through these spaces. It should be done by a licensed radon mitigation contractor.

The radon mitigation system should be properly maintained and regularly inspected by a qualified professional every year. Have your home re-tested for radon exposure every two to three years to ensure that the exposure is kept at a safe level and your mitigation system is still doing its job properly. 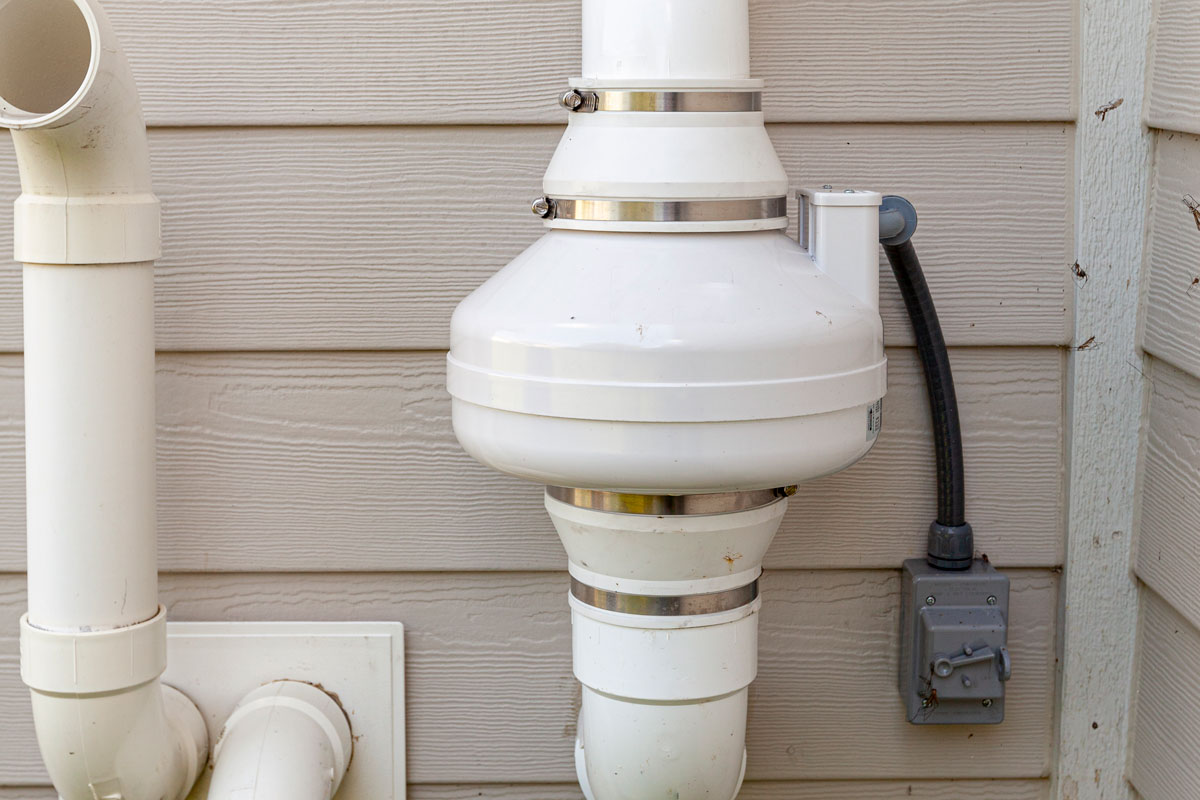 At the end of the day, it all boils down to how much trust you have in the radon mitigation system. It is installed there in the first place to ensure healthier radon levels at home so it should make the house safe to live in according to standards set by the authorities. Though if this thought won't give you peace of mind, perhaps it's best to find another house in a different location where there's minimal radon level in the air.

Feel free to click the following posts for related reading:

Is Radon Inspection Worth It?

What Are Safe Radon Levels In Your Home [Inc. In Your Basement]?

MrCool Vs. Mitsubishi Mini Split: Which To Choose?

Should My Furnace Leak Air?

How Long Should You Run A HEPA Filter?

How To Insulate A Crawl Space With Foam Board

Air Conditioner Only Works When Car Is Moving – What’s Wrong?