Tipping is a sensitive subject. When you go out, you're likely to tip a waiter for good service. Likewise, if a delivery is on time, you'll give them extra for it. However, should you do the same for furnace and HVAC installers? If you're curious to find out, let's see what others have to say!

It isn't necessary to tip furnace or HVAC installers. The reason is that they are paid by the hour by their employer. In some cases, people might tip around $20 if they've appreciated the work - sometimes even $100 on special occasions like work near the holidays. In most cases, they'll leave a cold beverage or lunch out for them. Tipping might also depend on company policy.

Now that you know tipping isn't necessary for furnace and HVAC installers, you might be inclined to learn more. What does it mean when tipping can depend on company policy? If you feel the need to tip, what's a good amount to give them? Additionally, do they make a good salary? If you'd like to learn more about their trade, keep reading ahead. 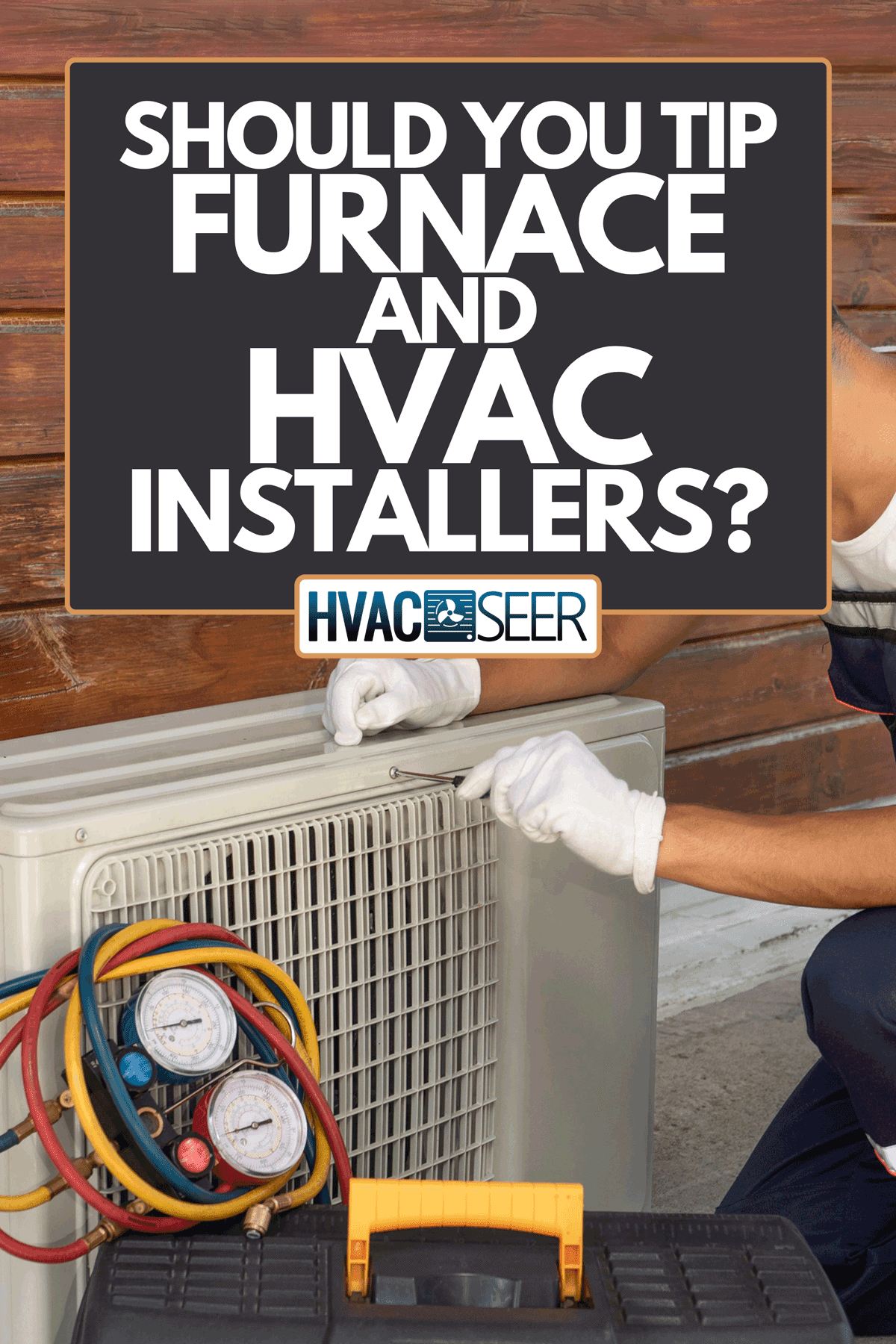 As we've mentioned, tipping furnace and HVAC installers isn't a requirement. The installers get paid an hourly wage. Thus, the workers themselves wouldn't expect it either. In general, it depends on the person.

Installing furnaces or HVAC systems can make a dent in your wallet. Chances are, after spending thousands of dollars, you might find yourself unwilling to leave a tip. Installation can cost up to the ten-thousands. So, it's understandable if you're hesitant to give them extra.

However, whether you're doing it because you appreciate their service or out of good gesture, it depends if the worker can receive it from you. In one news story, two HVAC contractors had unique takes on the idea of tipping a worker. Let's go over the two arguments the HVAC contractors had to make. 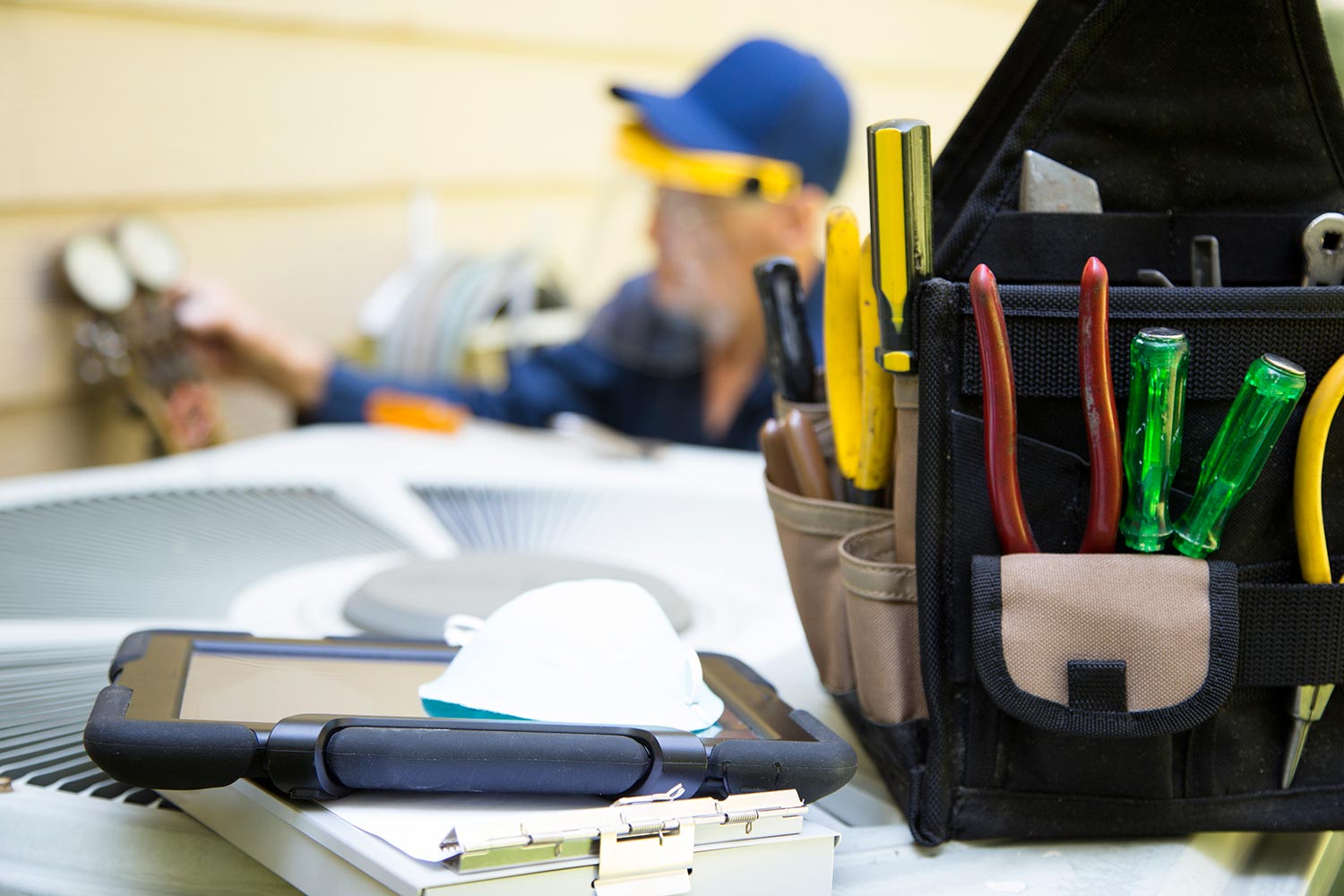 There was a suggestion that tipping a worker for installation would be unfair to the co-workers. The reason is that there are many people involved in a service call. Thus, they conclude that the technician should not be the only one rewarded for the service.

With this idea in mind, they've decided against allowing technicians to accept tips. So, if you've tried tipping an HVAC technician in the past, they may have rejected the offer because of company policy. In that respect, a good gesture - like leaving a cold beverage, allowing restroom usage, or leaving them lunch - would be the better offer.

Even though some contractors won't allow their technicians to receive a tip, that doesn't mean they're all the same. There's no policy set in stone for every HVAC contractor you might deal with. Some will be on the neutral side of things. They'll allow tipping because they can't see how they'll enforce a policy to prevent it.

Some even suggest it's a good thing. Leaving a tip signifies that the customer was thoroughly pleased with the job. If they're happy with how the installation went, it will lead to referrals.

Tipping the furnace or HVAC technician would depend on how you've felt they've performed. For people with previous installations, you might be familiar with the feeling of the process going wrong. You'd be ringing the phone - asking the technician to come back to make the appropriate fixes.

In some cases, customers had to go through headaches after an HVAC installer had ruined their ceiling.

Sometimes it's hard to find a good furnace or HVAC installer. So, if you're pleased with the work, you can tip them however you'd like. Still, it's not customary to tip them. If you'd like to play it safe, you can also offer to give them a cold drink or buy them breakfast. It's a courteous idea that won't have you second-guessing if it's against policy.

How Much Do You Tip for Air Conditioner Installation? 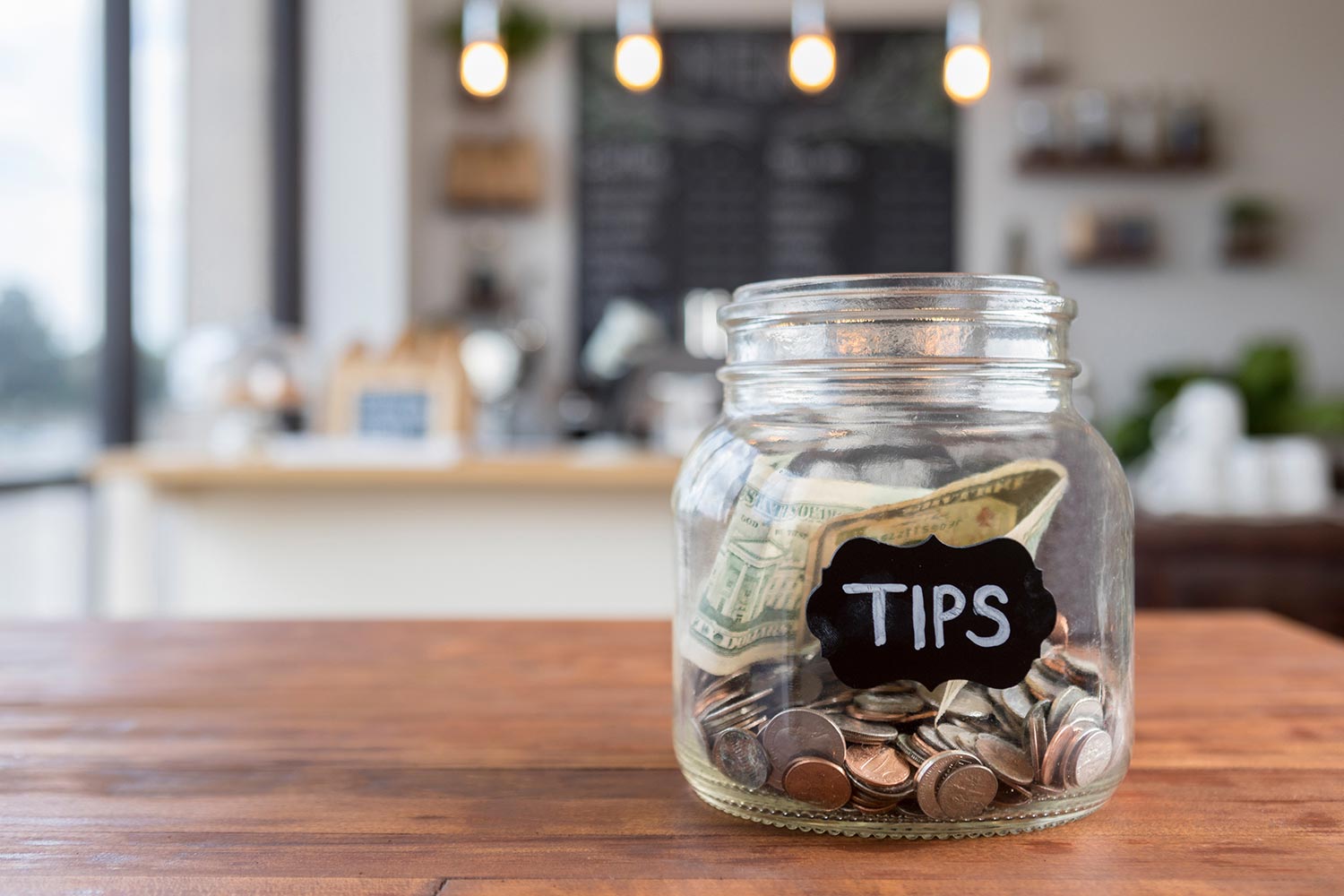 Now that we've established both sides of the tipping debate, you might be inclined to leave a tip to your furnace or HVAC technician. It begs the question, what's an acceptable amount? The answer to that question will depend on your decision.

Of course, this is a vague answer that doesn't give you a clear picture. So, let's see what others leave for the service. Some suggest that AC technicians will typically receive $20-$25 per person. Others may tip as low as $5.

It's worth noting that it is rare for someone to tip HVAC or furnace technicians. When they do, they'll leave the amount mentioned above. Otherwise, the usual tip is a drink, snack, lunch, dinner, or restroom breaks.

Do You Tip for Furnace Maintenance?

The same principle would apply here. It isn't necessary to tip a furnace cleaner. A furnace cleaner's job comes with lots of risks. For that reason, they get paid well to do it.

So, it all depends on personal choice. Are you happy with their service? Did they do the job quickly and without any damages? Chances are you won't interact with them much. But, if you do, you can tip them anything you'd like. In general, people tend to tip furnace cleaners around $5-$30.

Some of you might be feeling the need to tip. And, after careful consideration, you might feel like $5 is too low. Maybe even $20 is too low.

Installing a furnace or an HVAC system requires expert skills. It isn't an easy job to do. If you try to do it yourself, you'll notice that you might need a license. And, there's a lot to consider when installing the system - like balancing the existing ductwork and making the connections correctly.

For that reason, furnace and HVAC technicians get a reasonable wage. They'll make most of their money on the job. So, they don't have to rely on tips to make ends meet like a server would at a restaurant.

As a reminder, tipping is a rare case for them. In general, workers tend to receive it when working at odd hours - like the early morning or late at night. In other cases, customers tend to tip when the worker has to perform in extreme heat or cold. If they're working near the holidays, they tend to receive more than the usual tip. 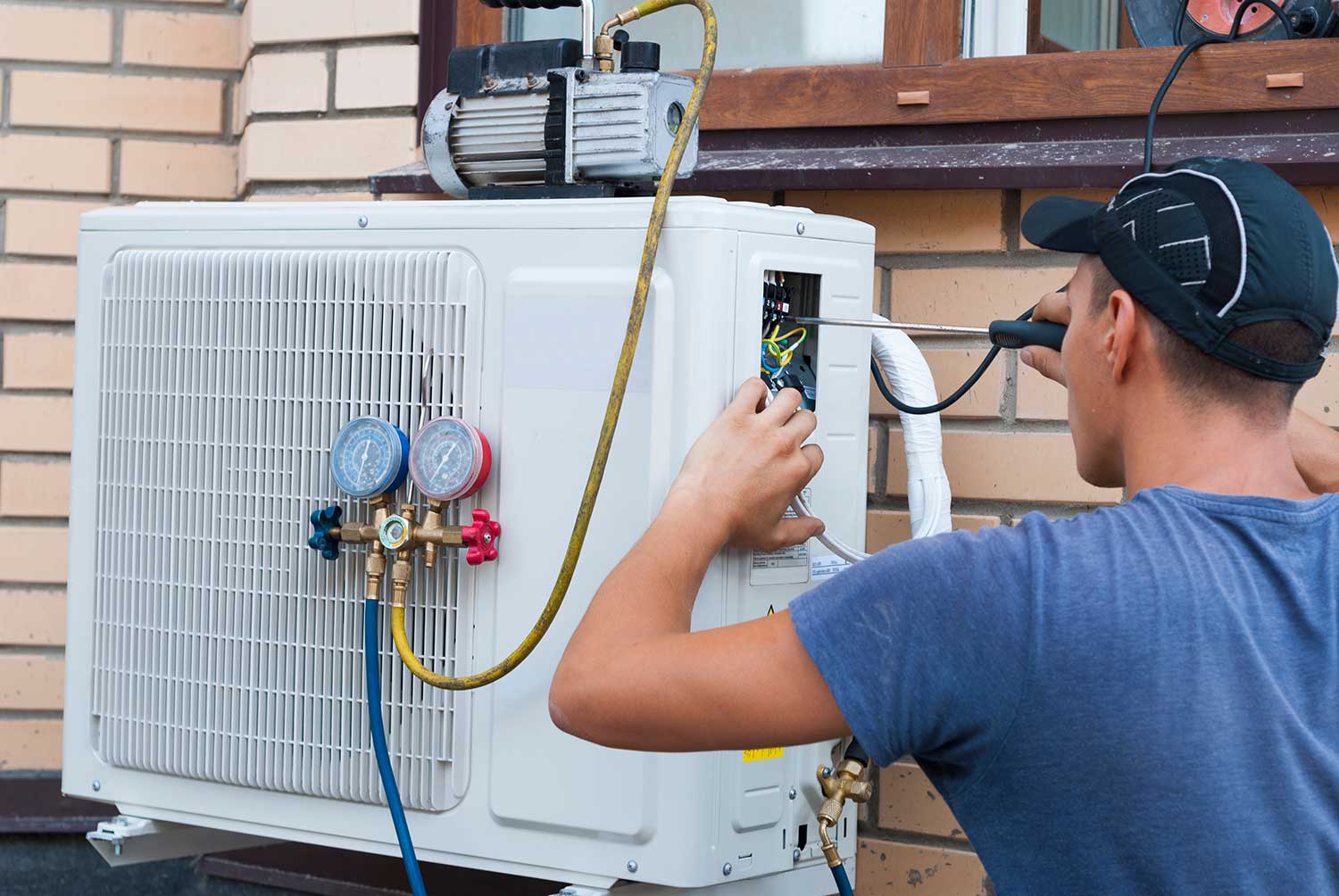 One statement that might have caught your attention is that HVAC and furnace technicians tend to get paid well. You might ask, do they make good money? Getting paid well is a vague statement. So, let's take a look at what HVAC workers typically make.

How Much Does a New HVAC System Cost?

With our minds clear, now we can focus on how much you will be spending on a new HVAC system. As mentioned, you might be hesitant to tip the technician when the system itself is making a dent in your wallet. The cost of an HVAC system depends on several factors. The factors are:

As some suggest, it will cost around $1,500-$12,500 for a new installation. If you're replacing an old system, the average seems to be $7,000. You might be wondering why there's such a wide disparity in cost.

Ductwork replacement can also add to the cost. It might cost cheaper if only specific areas need replacement. However, it's common to replace the entire thing with a new one. This way, installers can make sure all parts are in working condition.

As mentioned in the list, there are a lot of factors to consider for installation. If you're in a new area, you might opt to hire a well-known contractor for a guaranteed successful installation. It could mean you'll pay extra just for the reputation. Instead, some would suggest you ask around for a cheaper alternative.

If you want to save more money, you could also look for manufacturer rebates. Once you have a system in mind, you can go to the manufacturer and look for the specific listing. Look for any discounts they can give you.

So, what are you thinking? Will you leave a tip for the technicians once they've completed the job? It can be tricky to decide if you should. We hope we've helped soothe your doubts about tipping furnace and HVAC installers!

Before you go, do you want to learn more about HVAC systems before you make the purchase? You might want to know how long it can last. To learn more, check out our post - How Long Does An HVAC Unit Typically Last? [And How To Make It Last Longer]

Are you replacing an old furnace? If you don't know what type it is, we can give you some tips to find out. If you'd like to learn more, check out our post - Is My Furnace Gas Or Electric? Here's How To Tell

How Big Is A Lennox Air Conditioner?

How To Clean A Trane Air Handler

My Molekule Air Purifier Keeps Rebooting – Why? What To Do?

Short Cycling Furnace – What To Do?