Sump pump float switches are responsible for controlling the water level of sumps and sewages in your home. If this float switch gets stuck, flooding could occur in your basement. So, we researched what you should do if this happens, and here is what we gathered.

When your sump pump float switch gets stuck, you can do the following:

Keep reading as we discuss why your sump pump needs a float switch, why it gets stuck on, and the cost of repairing or replacing this component. Additionally, we'll also cover the types of sump pump float switches you can choose from. So, read on! 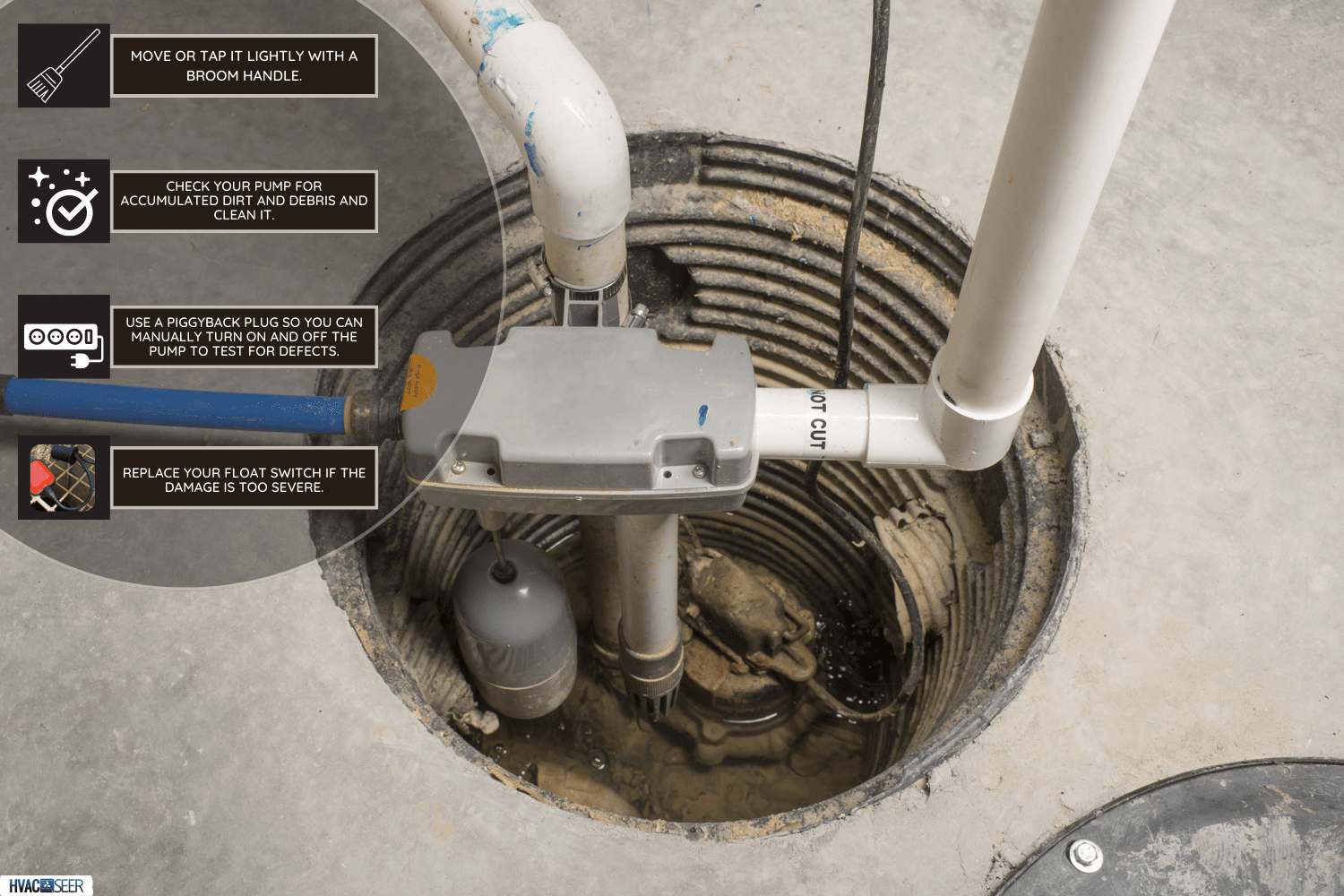 Why Do You Need A Float Switch For Your Sump Pump?

The float switch is the responsible mechanism in charge of turning a sump pump system on and off. It works with a tiny, floating attachment that moves up and down with the water level of the sump pit. 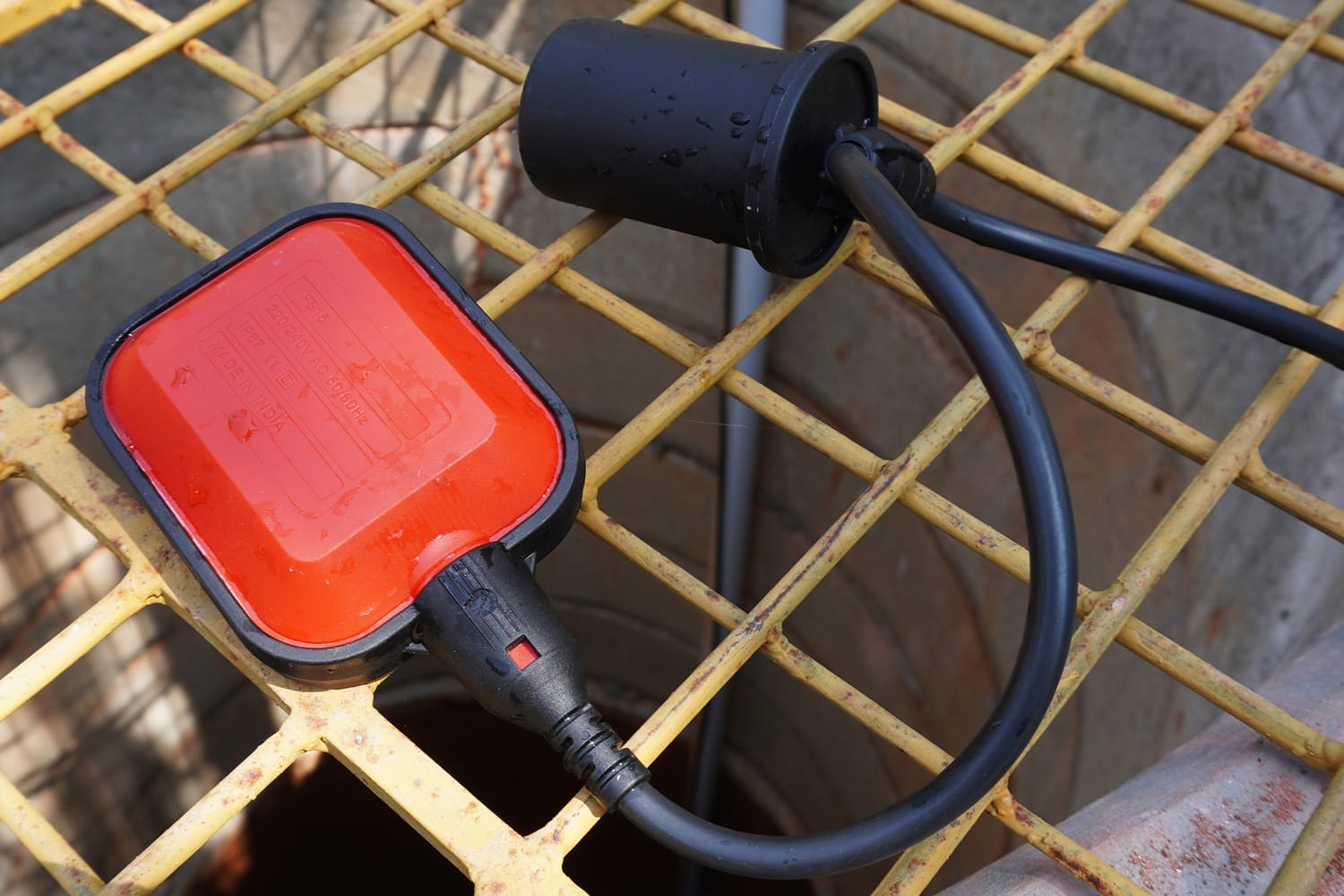 What Causes Your Sump Pump Float Switch To Get Stuck? 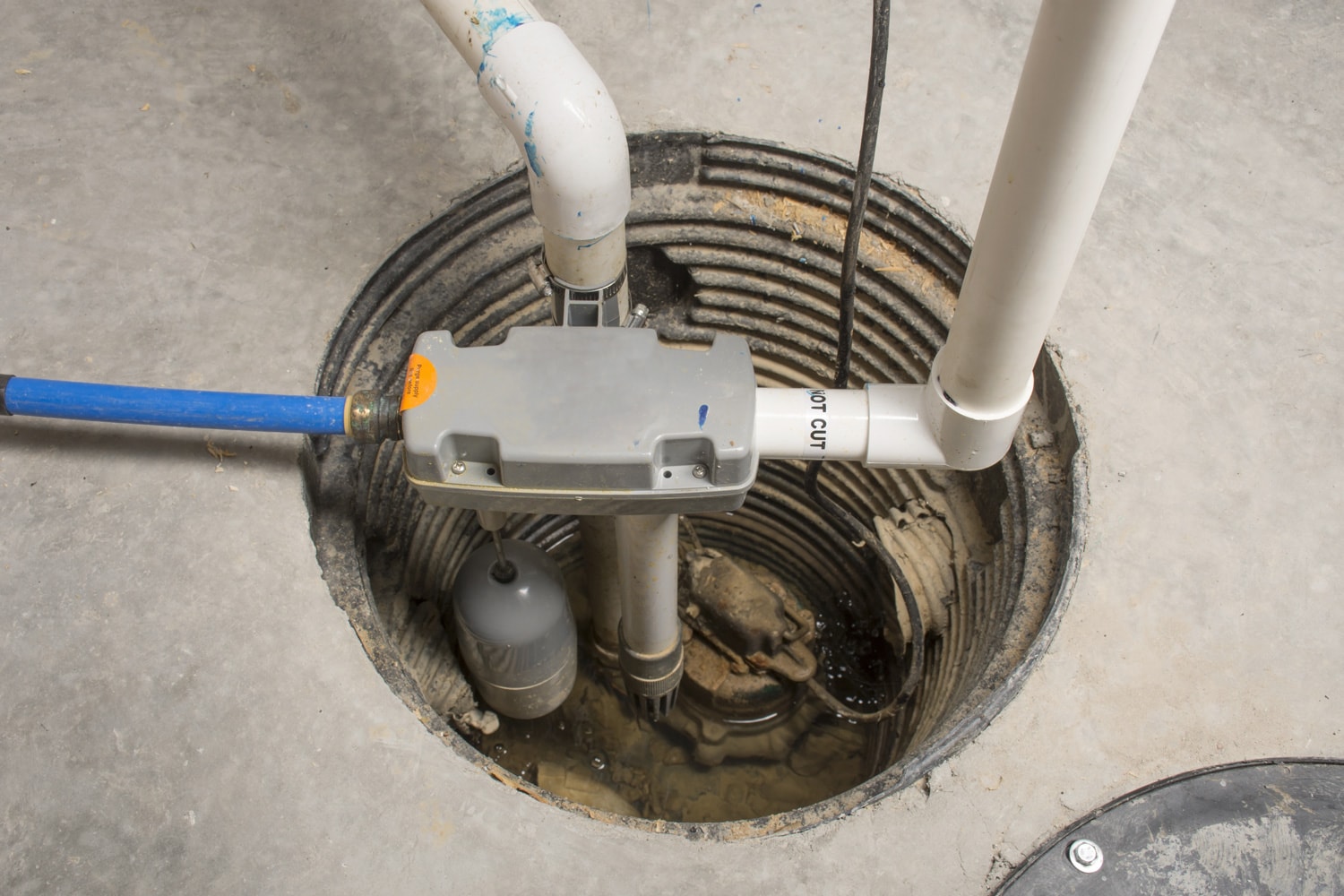 When you experience your sump pump float switch getting stuck on the "on" position, it could be that the system becomes clogged, or the float switch becomes tangled up.

The pump might occasionally tilt over the side of the pit due to vibrations, which prevents it from working.

What Happens When The Float Switch Of Your Sump Pump Stays On?

Continually running will eventually burn out the sump pump's motor. If the float switch is stuck "on," or permanently positioned up above the rising water line, the pump won't know when to stop working because the water level is not being accurately detected.

How Much Is The Cost Of Repairing A Stuck Sump Pump Float Switch?

Sump pumps with stuck floats cost homeowners between $100 and $175. As mentioned, there are a few potential problems if this happens. Either the switch is malfunctioning, or the float has become rusty or damaged.

You might also need to clean the system or need to change the float because dirt or debris may be interfering with it.

How To Replace A Malfunctioning Sump Pump Float Switch 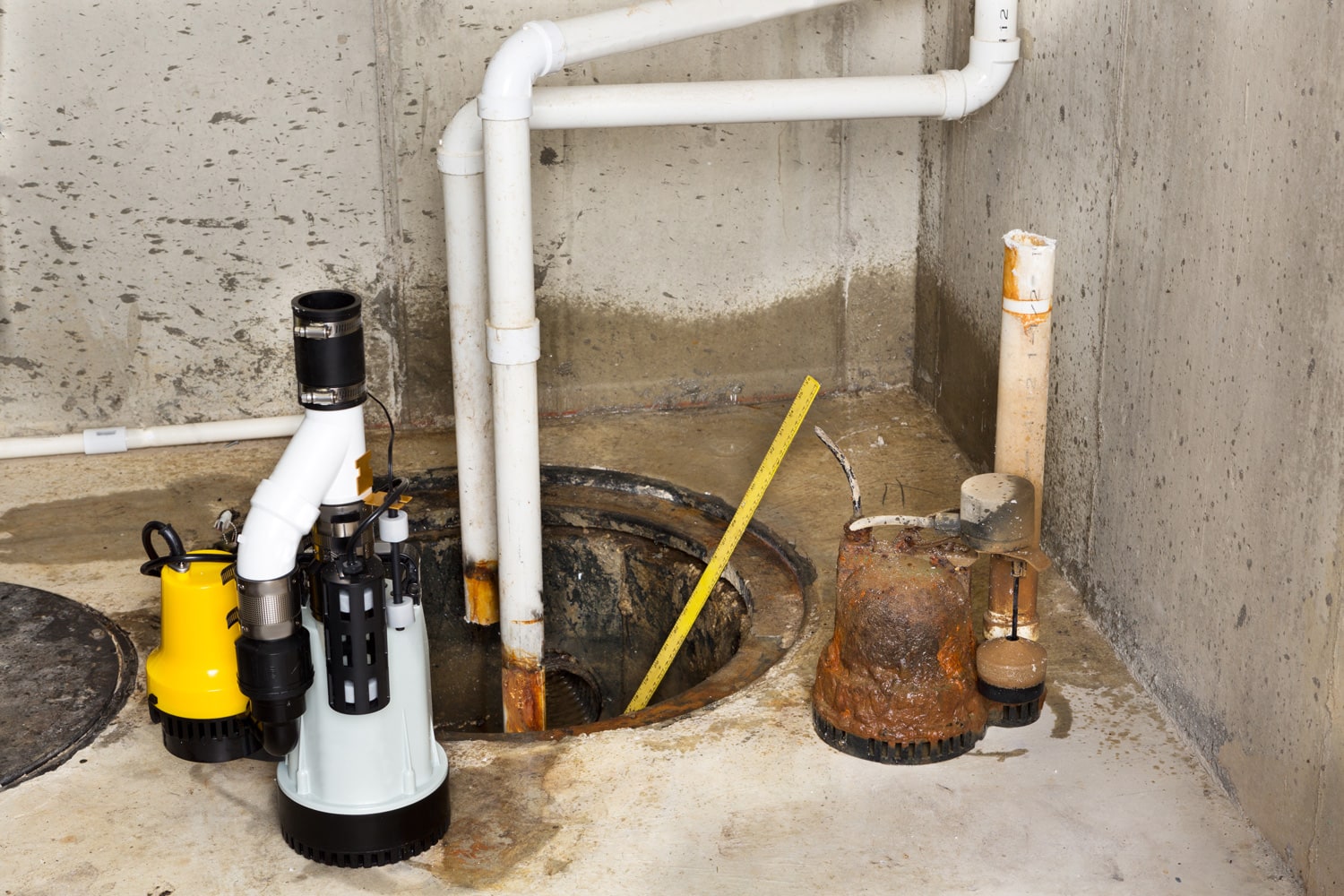 Following are some instructions for fixing a broken float switch.

Take Note Of The Wiring

Replace The Old With A New Float Switch

What Is The Price Of A New Sump Pump Float Switch?

Replacing a float switch on a sump pump typically costs between $100 and $150. If the pit is not draining properly and water is accumulating in it, you need to replace your faulty float switch.

Fortunately, replacing switches is a straightforward and affordable job because they are cheap and simple to install.

What Are The Types Of Sump Pump Float Switches?

There are four types of float switches you can use for your sump pump. These are:

The switch components (float, sensor rod, and switch) are enclosed in a tiny housing, attached to the sump pump's body or the discharge pipe.

Verticle switches have a predetermined depth, based on rod length, and are best suited for shallow basins. You would use a piggyback plug for this switch installation.

Get this product on Amazon!

This tethered float is equipped with either mercury or steel ball, that sinks as the float rises. When the weight sinks, the switch is initiated. You can adjust the detected water level by adjusting the cord between the float and switch -this gives a deeper or shallower range for the pump to trigger.

Tether float switches are best used in deep basins. Note that the cord can tangle on components inside the basin, so take care to troubleshoot the cord first if the switch is not initiating or staying "on."

This switch is a fairly distinctive model as it does not float. Instead, diaphragm switches are triggered by pressure ensued as water fills the basin. They are small, best used in tight-quarters, and can be installed via a piggyback plug.

Follow this link to get this product on Amazon!

Electronic float switches new to the line-up within the past five years. Choose between probe-style or encased floating sensor style models. You can pre-set run times on most electric switches, setting controls from outside of the pump and/or enclosed switch.

How Does A Piggyback Plug Work? 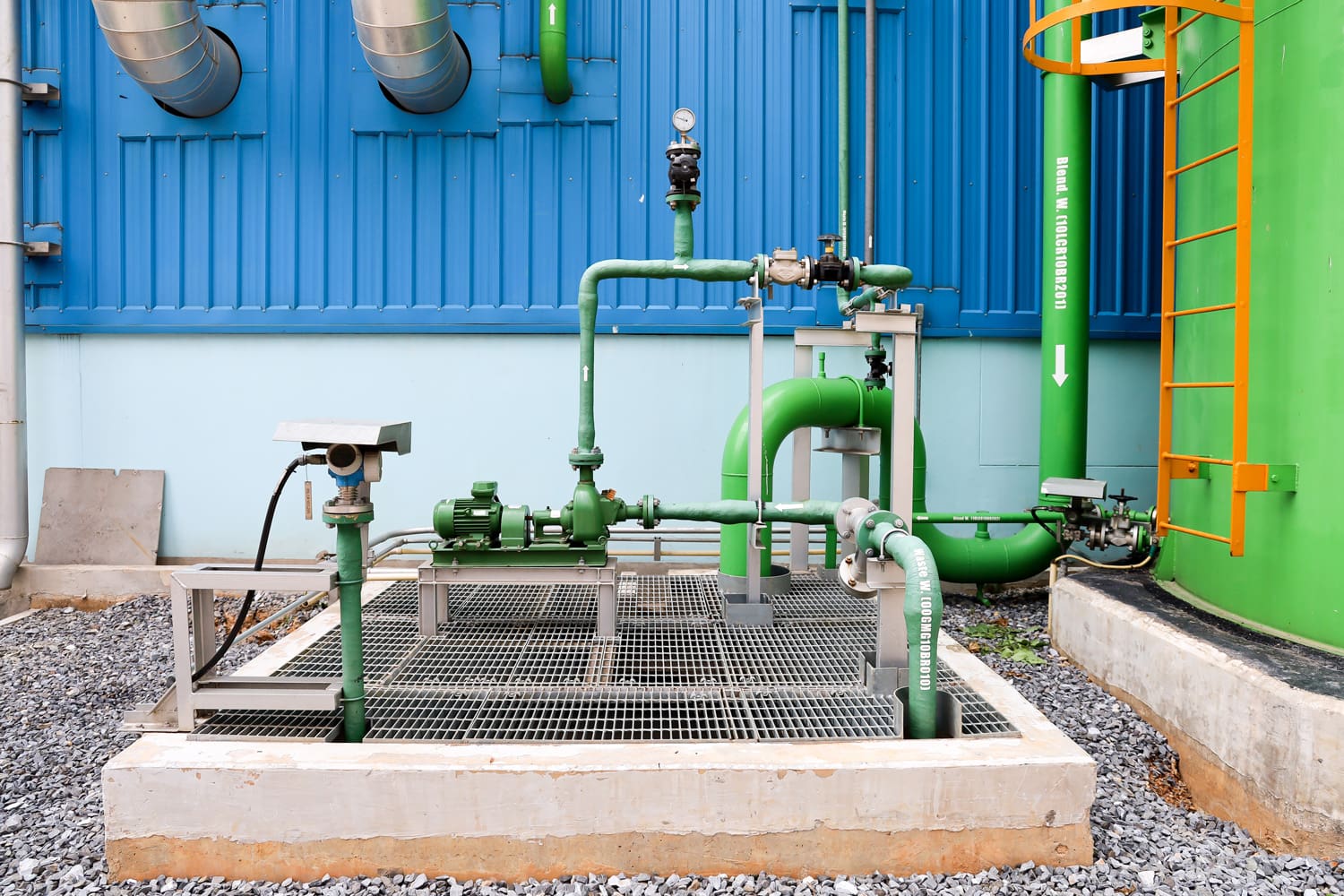 When your sump pump float switch gets stuck, you can first try to gently tap it. Or sometimes, your float switch just needs a little cleaning to keep it working effectively.

However, you can opt to replace your float switch if the damage can't be repaired.

If you enjoyed this post, you can check out our other posts:

How To Seal A Sump Pump For Radon

How To Install A Condensate Overflow Switch?

Should Your Furnace Filter Stick Out?

How Often Should I Use A Humidifier For My Plants?

How Many Square Feet Per Ton Of AC?

Is A Freon Leak In My House Dangerous?

How To Insulate Crawl Space Walls