Are you having AC issues on your Volkswagen? Do you suspect that the solenoid valve is the culprit, and want to know if the symptoms of a failing compressor solenoid valve match the symptoms that you’re having? You’ve come to the right place, for we have researched this question, and we have the answer for you.

Here are the symptoms of a failing compressor solenoid on your Volkswagen.

Let’s talk more about each of the symptoms of a failing AC compressor solenoid valve in the succeeding sections. 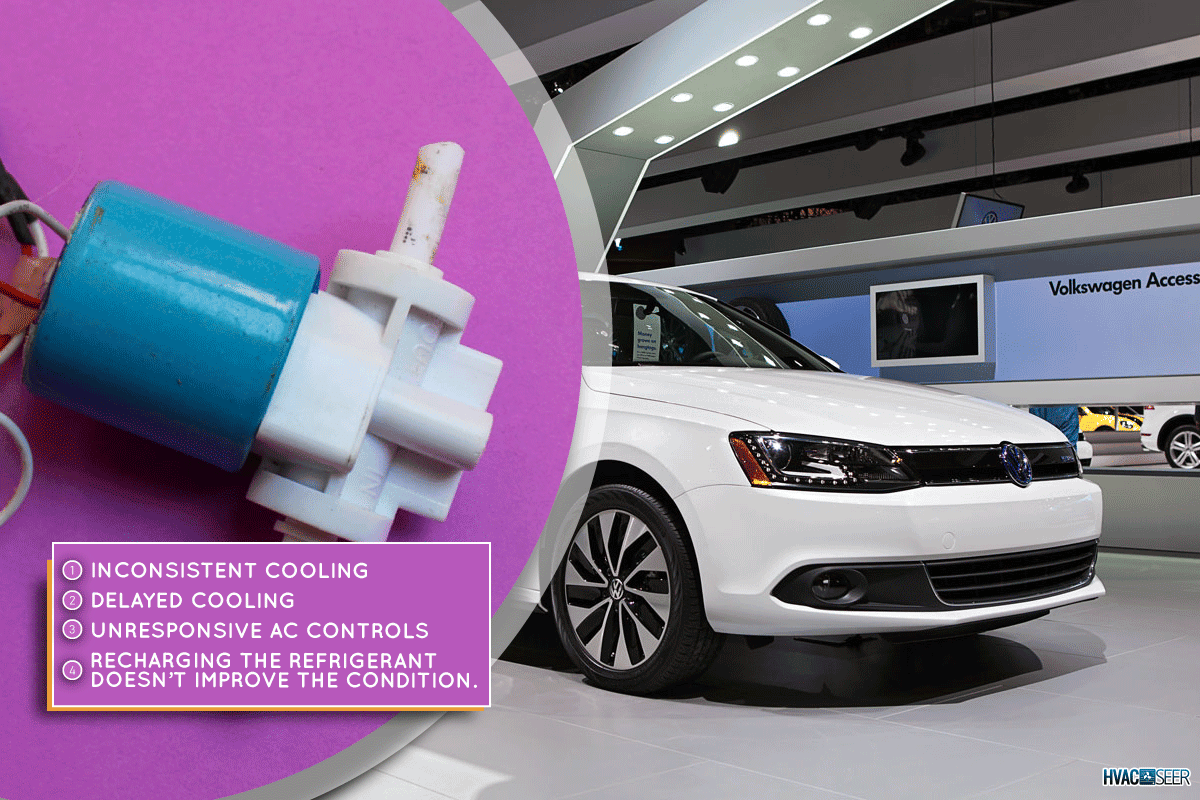 What is a Variable Displacement Compressor?

Traditional auto AC systems use a compressor clutch to engage and disengage the compressor.

The compressor’s pulley spins with the movement of the serpentine belt and the crankshaft.

The crankshaft is in constant rotation when the engine is running. The crankshaft is responsible for converting the reciprocating movement of the pistons of an engine into rotational movement.

This type of compressor is the FDC or the Fixed Displacement Compressor. 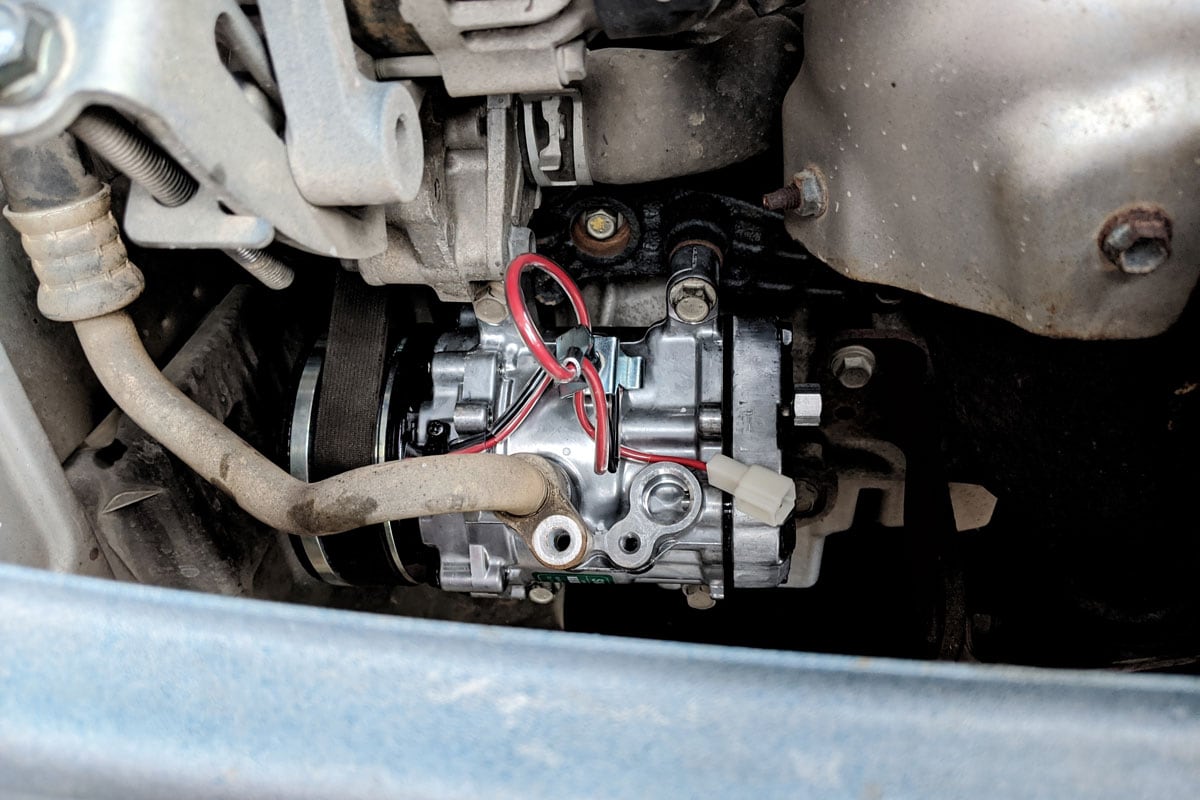 This type of VDC uses the refrigerant pressure at the compressor’s suction chamber through a special diaphragm.

When the cabin temperature is high, the need for refrigerant to cool the cabin air becomes high. The higher demand also increases the low-side pressure. The high pressure moves the diaphragm that pushes the wobble plate to its greatest angle.

A high plate angle will increase the capacity of the pistons to its maximum, displacing the most amount of refrigerant. The angle of the wobble plate drops as the demand for cooling drops because the pressure on the low side will also drop.

The diaphragm responds to the changes in pressure, pushing or pulling the wobble plate accordingly.

Instead of a diaphragm, the ECU (Engine Control Unit) controls the suction and discharge using a solenoid valve.

The ECU (also known as the ECM or Engine Control Module) is responsible for getting data from various sensors inside your Volkswagen vehicle. The ECU can make various decisions that affect the performance of your car depending on the data that it gets.

Temperature sensors inside the cabin of your Volkswagen influence the behavior of the solenoid valve.

An ECVDC has better control over the displacement of the piston because it is not dependent on the pressure of the low side of the AC system.

Moreover, since the system has more control in an ECVDC system, there is no need to use a compressor clutch to engage and disengage the compressor’s pulley. The ECU can modify the amount of refrigerant using the solenoid valve.

How does a solenoid valve work?

Solenoid valves are a combination of a solenoid on top and a valve below. Thus, a solenoid valve will look like a regular valve with electrical wiring coming out of its top part.

However, when the ECU activates the flow of electrical energy to the solenoid valve, the magnetic field also activates.

What are the symptoms of a failing solenoid valve? 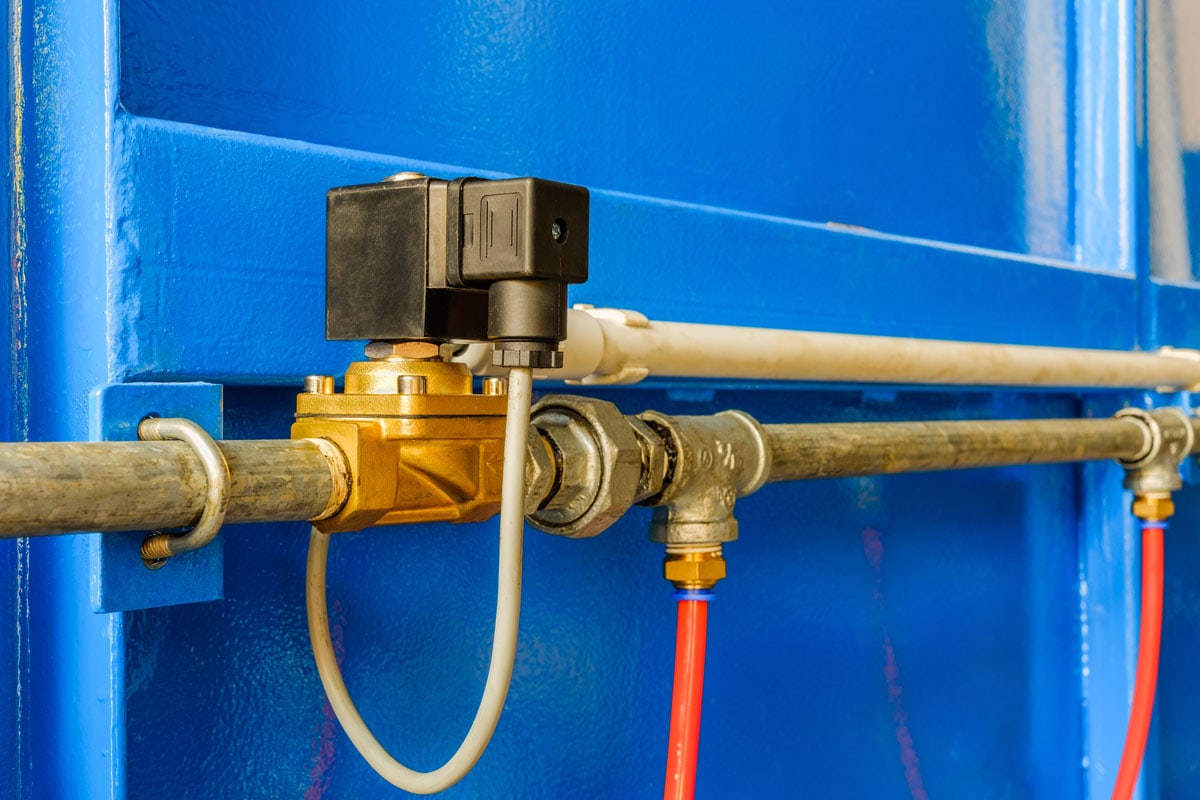 Even though the two types of Variable Displacement Compressors have different methods of controlling the performance of the compressor’s pistons, some of the symptoms will be the same across the two types.

However, even though there are similar symptoms, troubleshooting will be different. Some ICVDCs still use a clutch system, which can be a point of failure in the system. ECVDC systems do not have a clutch system.

Additionally, an ECVDC system uses feedback from the ECU and electrical energy to manipulate the position of the valve. A problem with either the ECU or the circuit can cause a problem with the ECVDC.

Keep in mind that recharging the refrigerant will not fix the problem. If the problem is persistent after recharging, one of the symptoms below will confirm that it is a problem with the solenoid valve.

Here are the common symptoms of a failing solenoid valve. 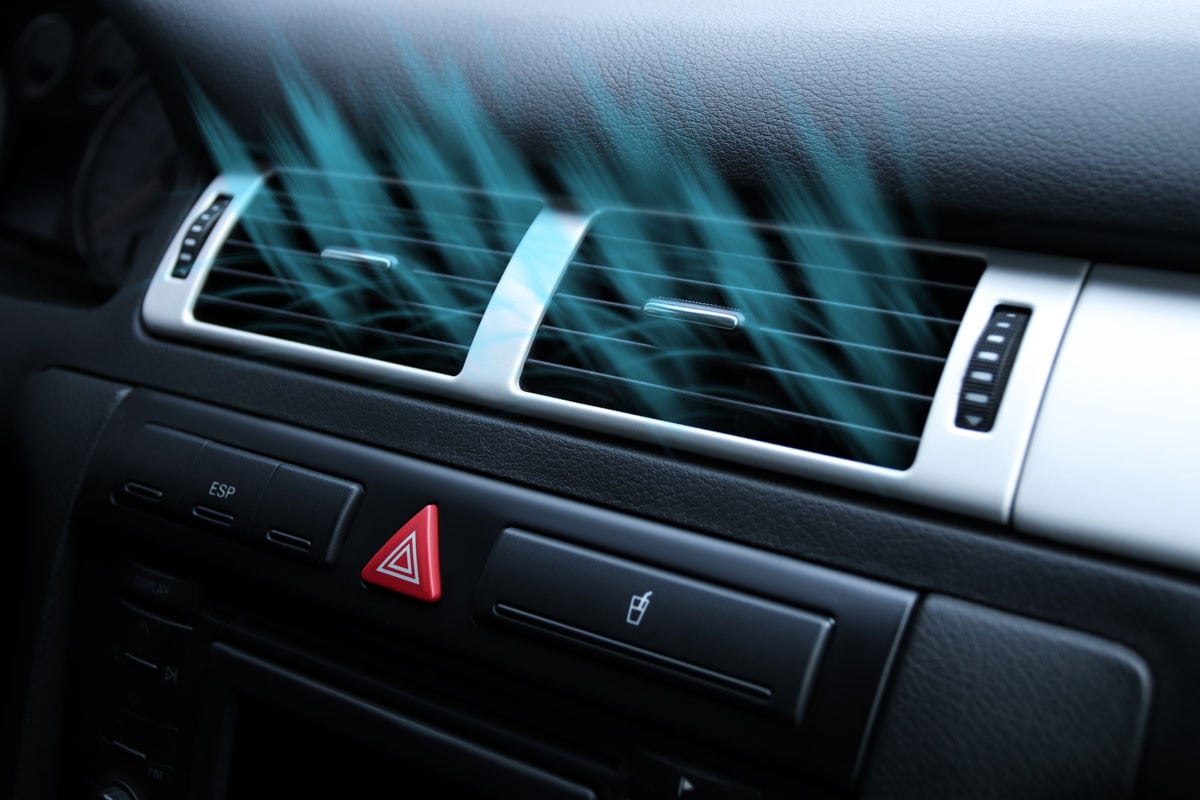 Opening the AC of your Volkswagen vehicle on a hot day, you might notice that the AC is not generating the right amount of cold air. In some situations, the AC might produce too much cold air when you turn it on for moderate cooling.

You might experience situations where there is no cold air coming out of the AC vents.

Contaminants in the refrigerant can create a blockage in the valve. This can lead to an incomplete opening (or closing) of the valve.

Another possible cause is metal shavings from inside the compressor that gets to the solenoid valve. The metal shavings can get between the valve and the valve wall and limit the movement of the valve.

When the valve doesn’t open or close as much as it needs to, the refrigerant will not be able to get into the compressor at the correct volume. This leads to inconsistent cooling.

A naturally open valve will generate too much cooling, while a system that uses a naturally closed valve will produce very little cooling. The exact symptom will depend on the type of ECVDC that your Volkswagen AC system uses.

To solve this problem, it is best to replace the compressor.

A delay in cooling makes it seem like your AC takes too long to produce cold air. If you experience a lag or delay before your AC starts to cool the air inside the cabin of your Volkswagen vehicle, then it could be a problem with the solenoid valve.

You can fix this issue by spraying the area with a contact cleaner.

You can clean the electrical contacts with a corrosion remover to get rid of tougher corrosion, then apply some contact cleaner.

Hosa D5S-6 CAIG DeoxIT Contact Cleaner is available on Amazon through this link.

When the AC system in your Volkswagen becomes unresponsive—it doesn’t cool the cabin no matter how long you wait for it to do so—then the problem could be, again, the solenoid valve.

If the corrosion is not that bad, you might get away with cleaning the solenoid valve if you can open the solenoid part and get to the plunger and spring.

In most cases, it would be easier to replace the solenoid valve. 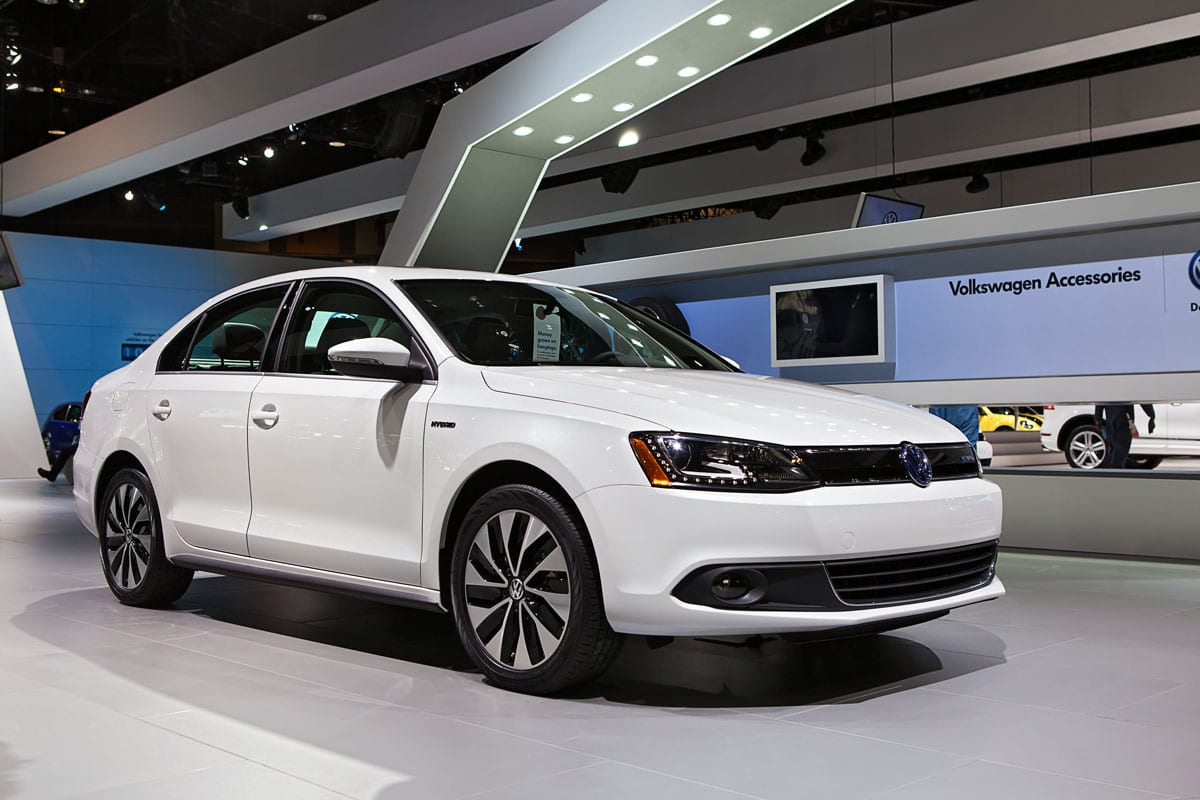 Even though the solenoid valve gives the compressor more control over the cooling of your Volkswagen vehicle, it can be tricky to troubleshoot without knowing the correct symptoms.

If you found this article interesting, why not check the two articles below too:

How To Insulate The Kitchen Floor

Honeywell Air Purifier Says Check Pre Filter – What To Do?

Should The Outside Cooling AC Fan Always Run?

How Much Data Does Ecobee Thermostat Use?

How Hot Does An Oil Furnace Get?

How To Insulate Jalousie Windows