Feeling cool air from the fan blow over you on a hot and sweaty day is refreshing. Because not all ceiling fans operate the same, you need to choose a fan with good airflow for the best results We have done proper research to assist you, and here's what we found.

Before buying a ceiling fan, airflow is one of the essential factors to consider. Keep reading to learn more about how a ceiling fan works and the features of an effective ceiling fan. 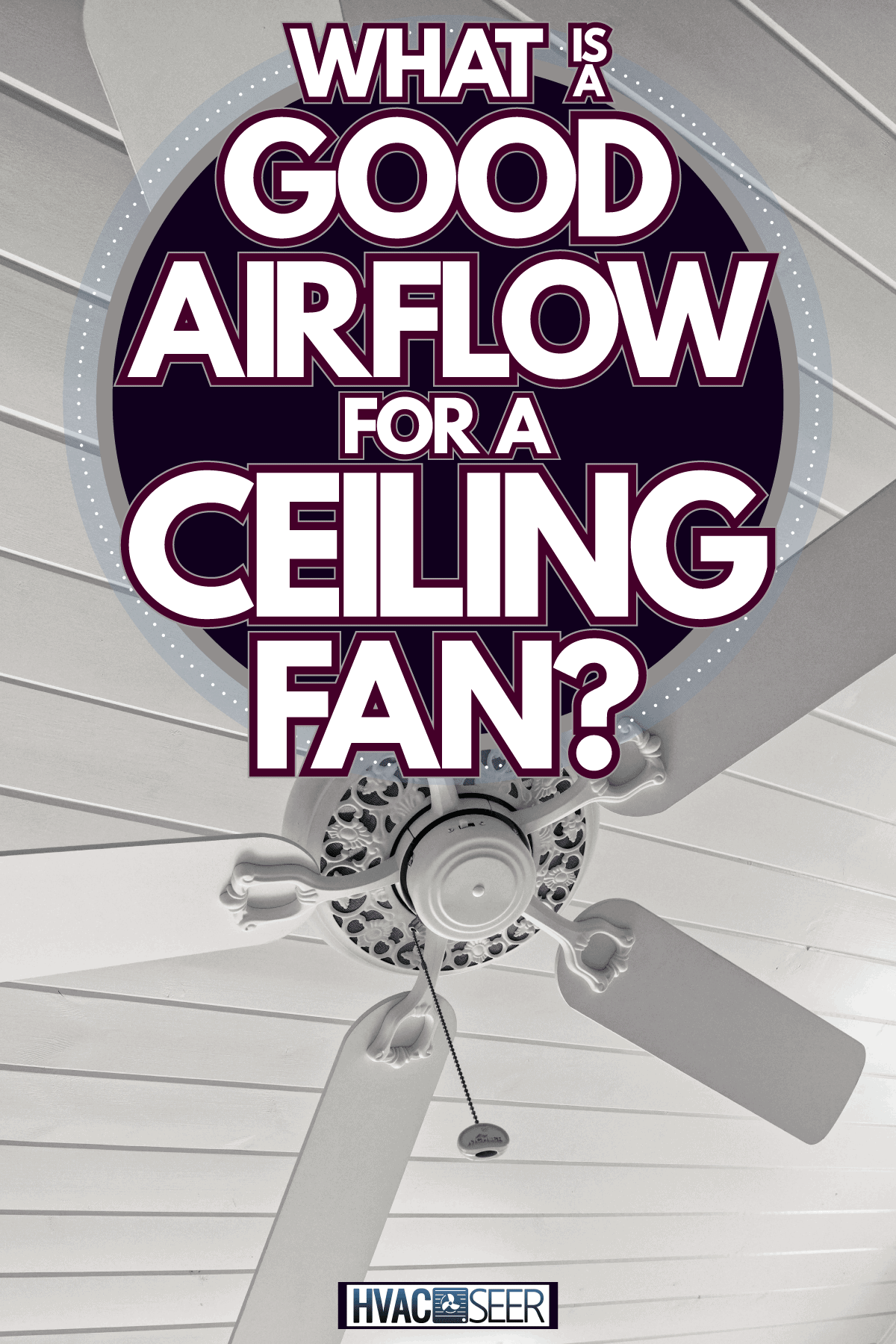 How Does A Ceiling Fan Work?

An electrical current flows to the motor wrapped in a wire when you switch on a fan. When the electric current hits that wire, it forms a magnetic charge. This charge is transferred to the blade and makes it turn clockwise. 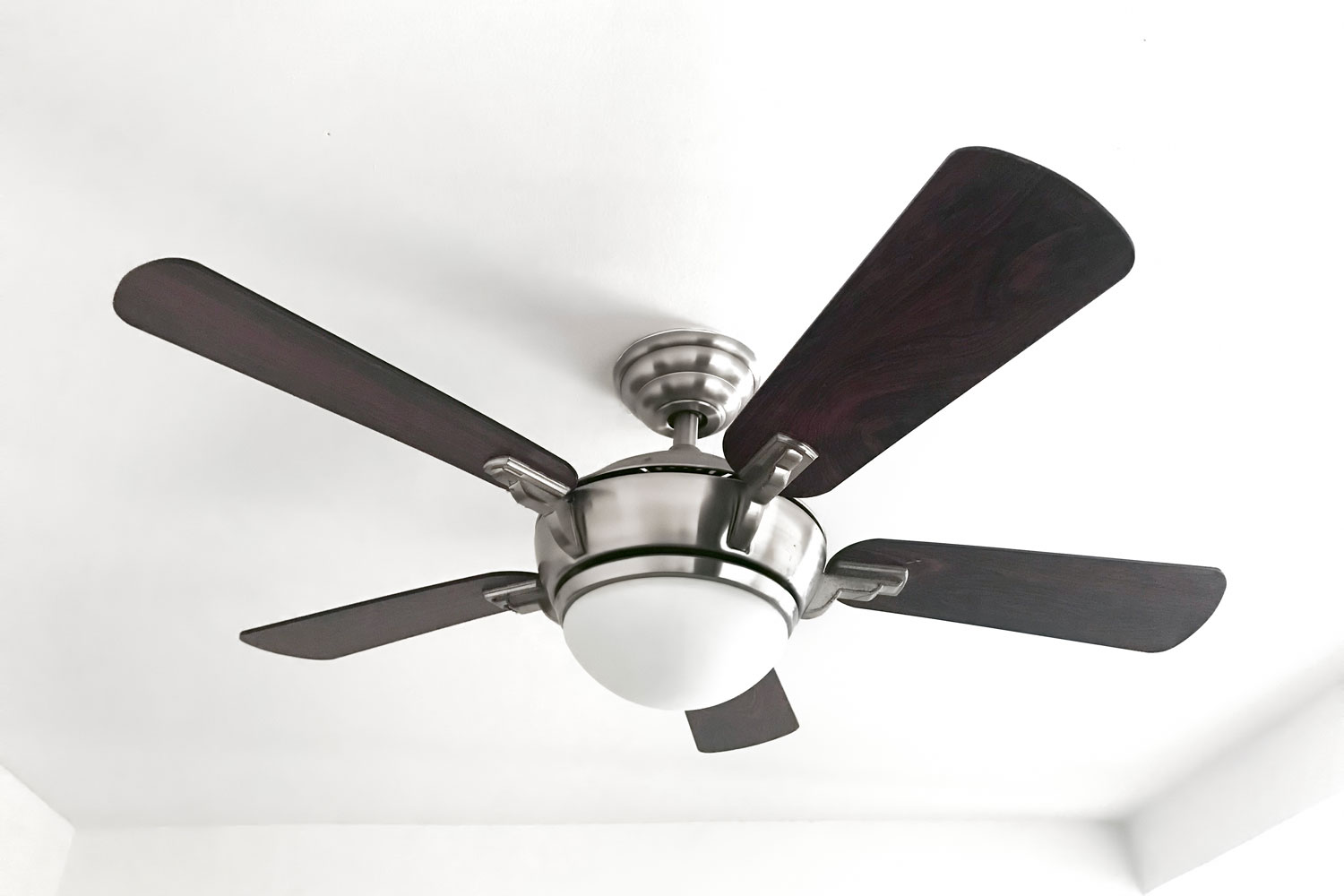 What Is CFM And Airflow In A Ceiling Fan?

CFM stands for cubic feet per minute. Without enough air, your cooling and heating system will not work. The volume of airflow a fan produces per foot is measured by CFM.

A typical fan needs air to work efficiently. When you have figured out the proper CFM amount your system needs, you will need to add 400 CFM for every ton of cooling. Let's say you have a three-ton system, you will need to multiply it by 400 to have a 1,200 CFM.

What Is Good Airflow For Ceiling Fan?

When buying a ceiling fan, it is essential you check the airflow. The easiest way to discover a good airflow for your fan is to check the CFM information on the fan. Higher numbers mean more air movement. A good CFM is from 4,000 upwards. CFM less than 4,000 would mean less airflow.

When getting a fan, you should also check for the style of the blade. A wider shaped blade may translate to slower airflow. The distance you hang your fan from your ceiling also determines how much air it can circulate. If your fan is too close to the ceiling, it can affect the airflow from the fan.

The motor of your fan can also be affected by the airflow. A weak motor may make the ceiling move slowly. On the other hand, a strong motor will make the fan last longer.

Types Of Ceiling Fan Blade [How To Choose One]

There are many factors to consider when selecting or buying a ceiling fan. Factors like size, energy, and type of motor. It is also important to consider the right blade as this affects airflow movement.

You need to note that the size, number of blades, and material used in making the blades, will determine how efficient your fan will be. If the weight of a ceiling fan blade is too light, it could circulate less air than a fan that has heavier blades.

Noise is also another factor to consider. As fans spin and produce air, they make noises. A fan with a heavy blade-like metal tends to make more noise than a fan blade made out of plastic. Below is a detailed description of the type of blade materials and how it affects air circulation.

Blades Made With Wood 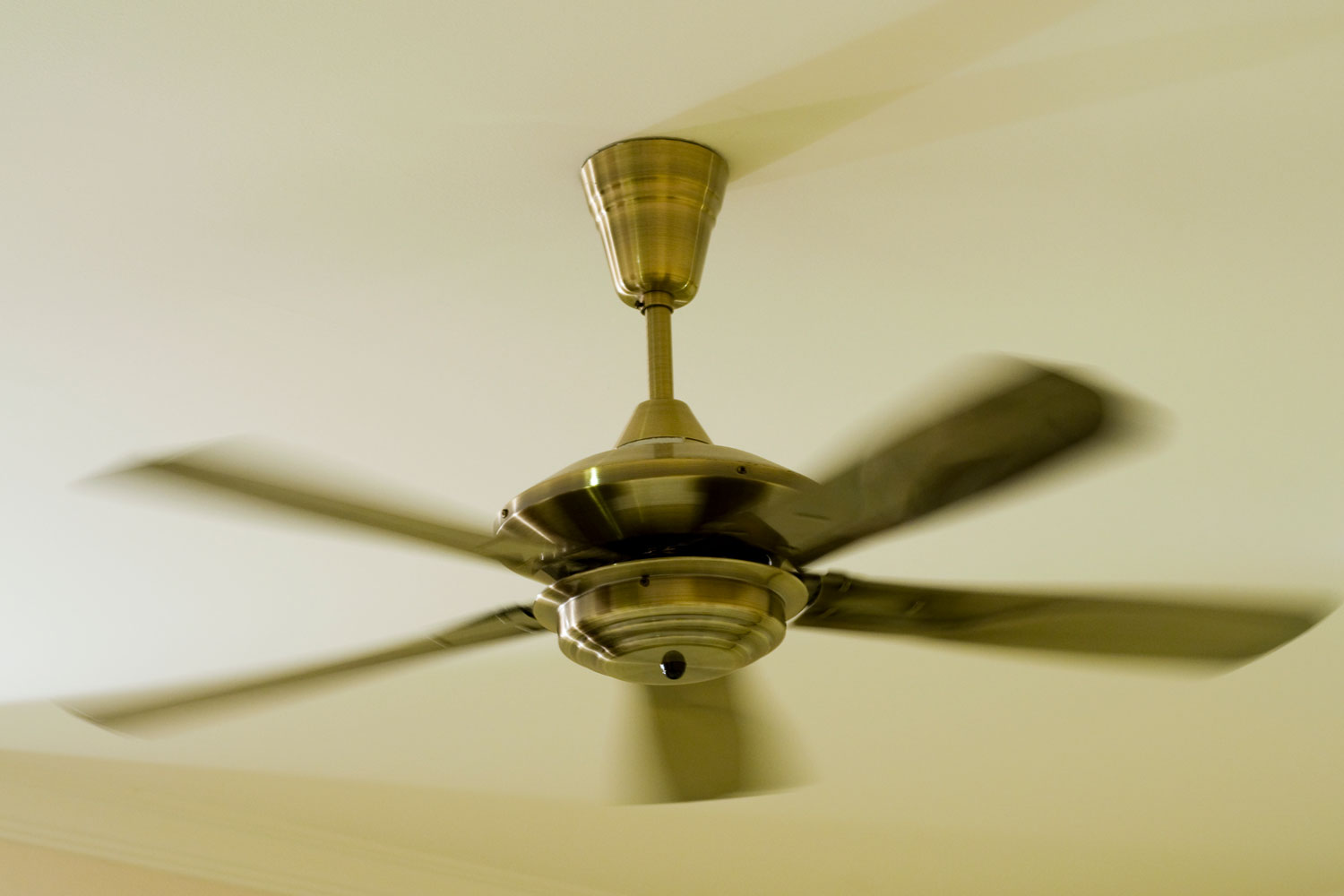 Wooden fans are made from oak, pine, and mahogany. Wood blades can last longer because of their rigidity. This type of blade is commonly used in the bedroom because they produce less noise.

If you are keen on a noiseless fan, wooden blade fans are your best option, but you should know that it does not produce more air like other types of blades.

Notwithstanding, to make them last longer and protect them from being affected by the moisture in the air, wood blades are now infused with plastics by manufacturers. However, this does not affect the noiselessness of wooden blade fans.

Blades Made From Metal 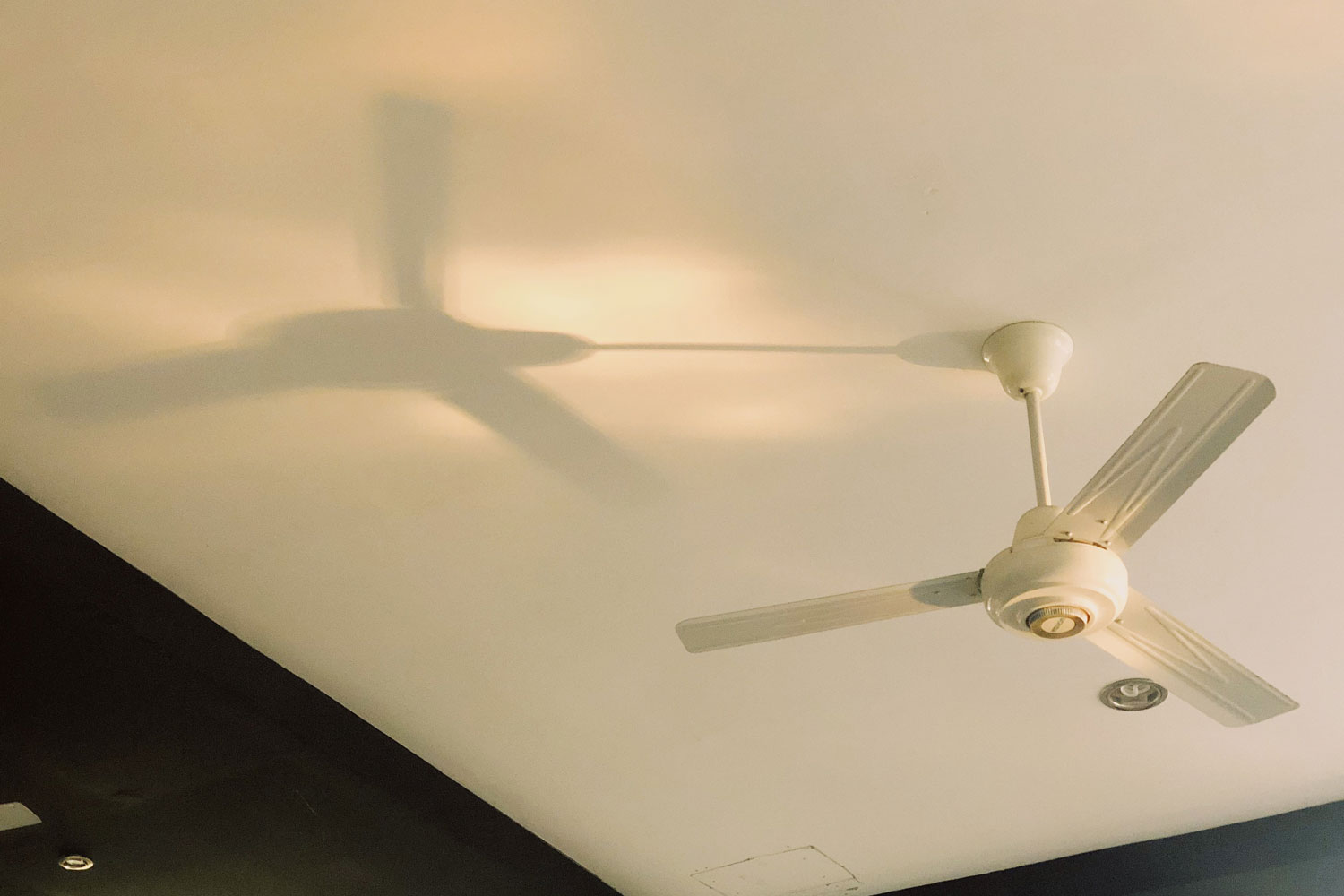 Metal blades are the most durable type of blades for all ceiling fans. They provide better airflow by spinning in the air effortlessly with no resistance.

You can use this fan blade type in a very high ceiling, and it will still circulate better airflow. They are primarily used in the living area rather than the room as they can produce a low humming sound.

Blades with metal materials are heavier than other blades, so they need a more potent motor to function properly. You should note that metal blades can easily get rusted when used outside or in damp areas.

Blades Made From Plastics 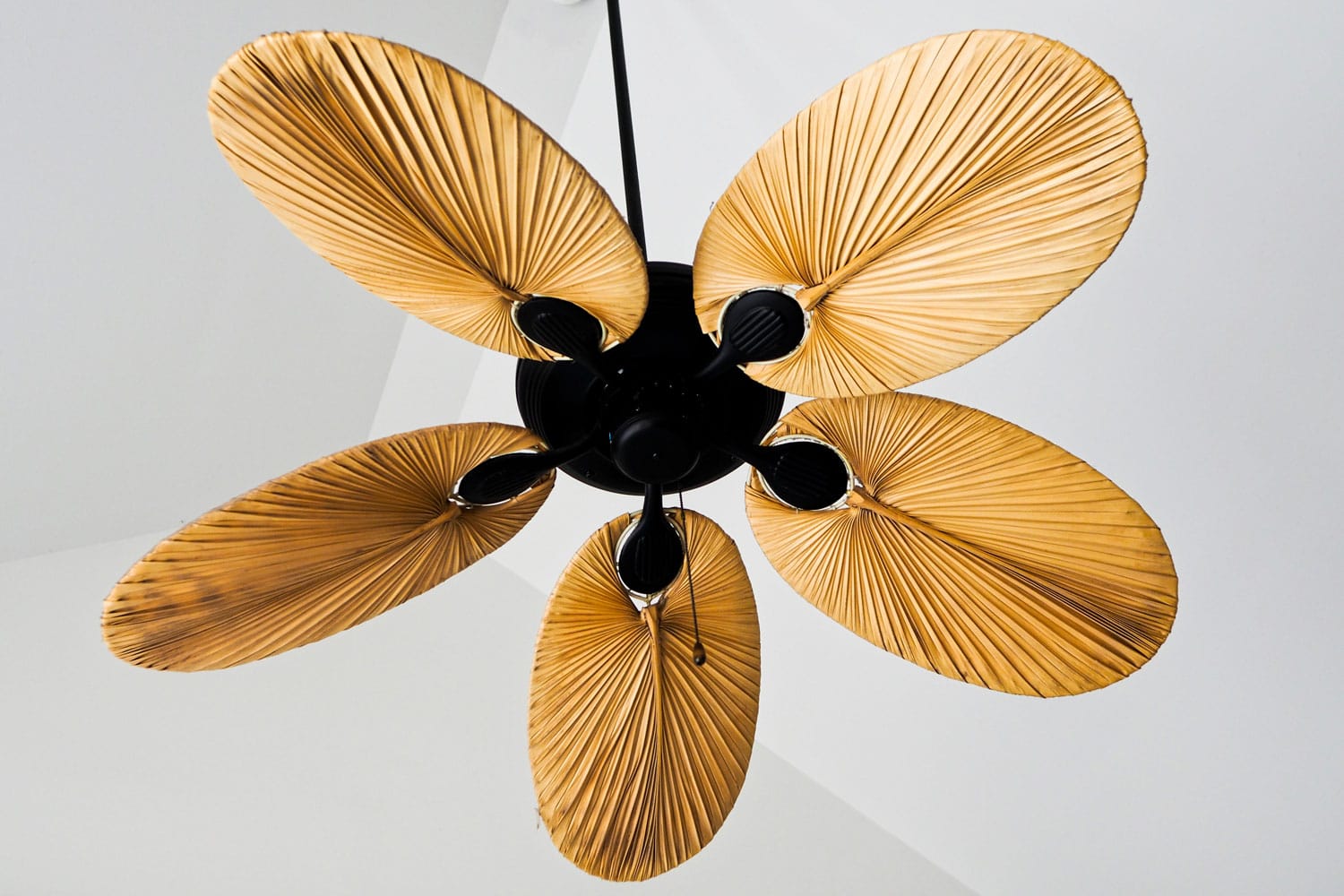 Plastic blades are made of polymer and are easy to clean and maintain. Unlike other blades, plastic blades are very easy and convenient to be molded in any shape or pattern. Therefore manufacturers can use them to form any shape.

Plastic blades can also be very convenient to install because they are very lightweight and need a lower motor capacity to function effectively. Unlike the previous blades mentioned above, plastic blades are not affected by moisture in the air.

Cloth fans are most commonly employed for decorative purposes, even though they have the same cooling power as the types of blades indicated above.

Cloth blade ceiling fans are excellent for small rooms because their blades are thinner than metal blade ceiling fans. Cloth fans are more challenging to clean than other blade types. However, surface dust can be removed with a moist cloth.

What Is A Good Blade Pitch For A Ceiling Fan? 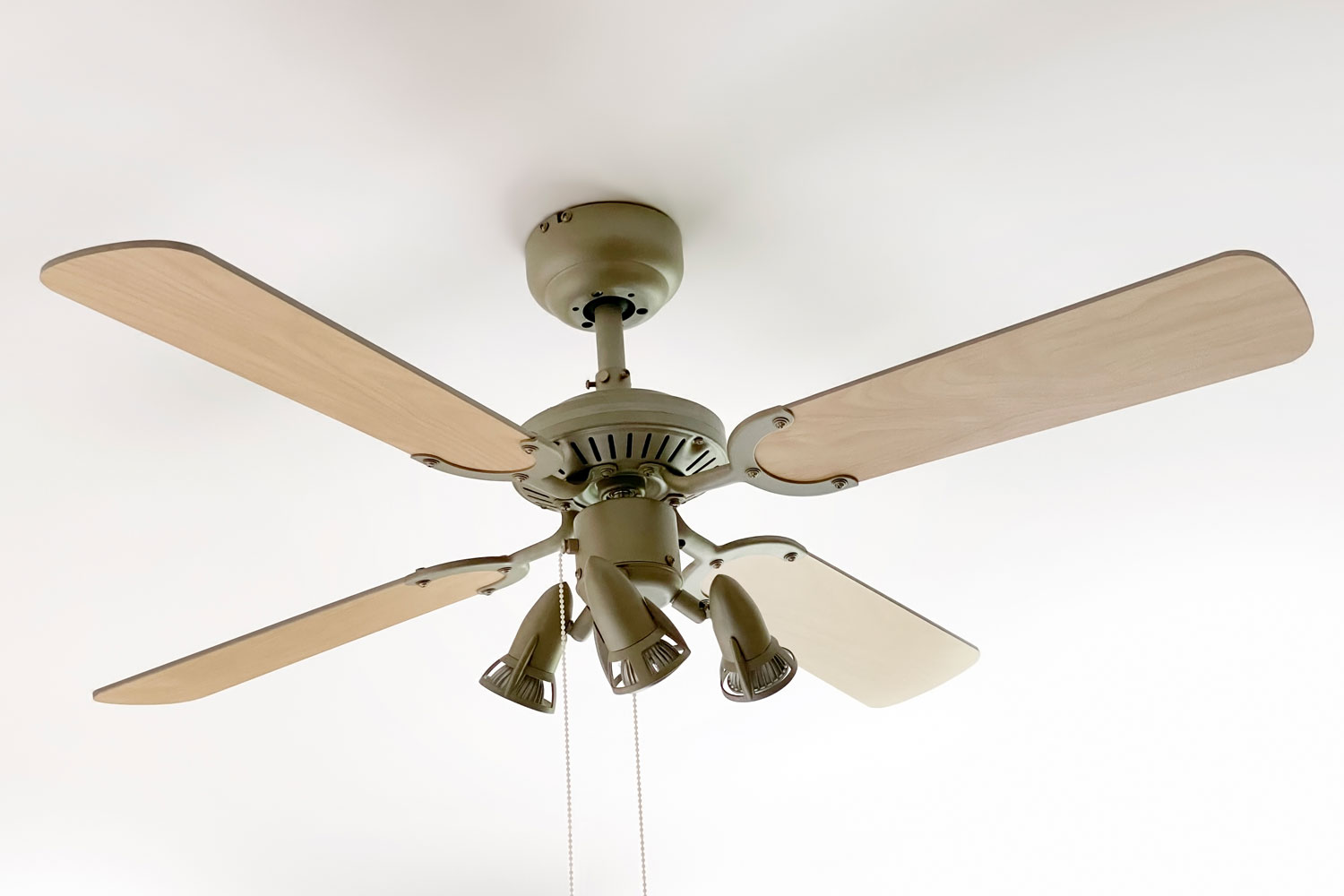 It is commonly stated that the steeper the blade pitch, the more air a fan will move. Blade pitch works effectively depending on how good a motor is. A  good fan will have a 10-15 degrees or more blade pitch.

Is Higher CFM On a Ceiling Fan Better?

A fan's CFM determines the amount of airflow from a ceiling fan at a good speed. If your room is large, you may need a higher CFM so your fan can circulate more air around the room.

CFM is a significant factor in determining how well your room will be cooled. The higher the CFM on a ceiling fan, the more efficiently it would function.

Are Five Blades Better Than Three? 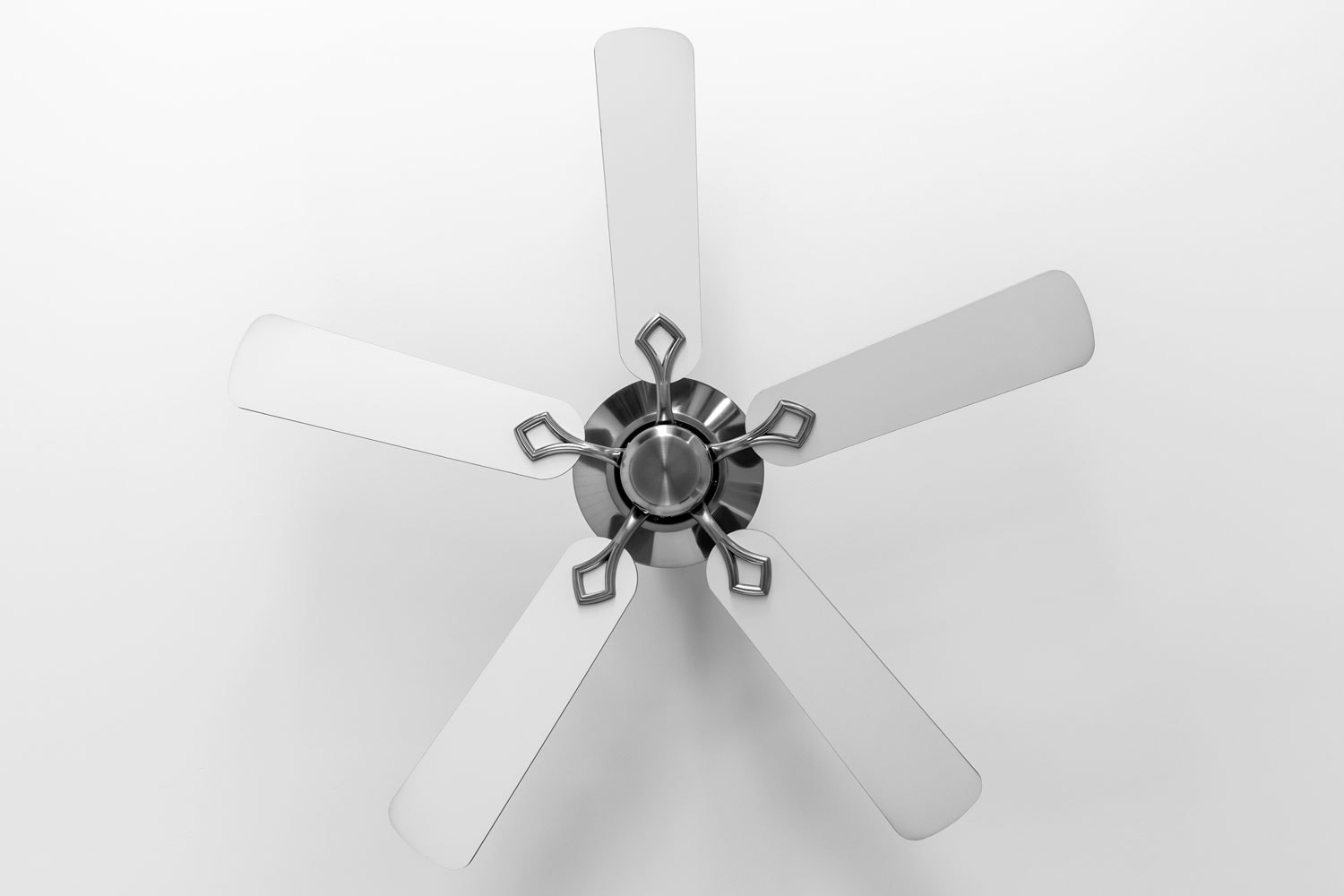 There is a difference in function between a fan with three blades and one with five blades. They both work efficiently, but it all depends on what you need and your preference.

A five-blade ceiling fan is more aesthetically pleasing than a three-blade ceiling fan. The five blades can generate more wind because the blade to blade distance is closer, resulting in more consistent wind generation.

Five-blade fans have been designed to be less noisy than three-blade fans when it comes to noise. Because of its design, a five-blade fan costs more than a three-blade fan. More blades on a ceiling fan can increase the motor's drag and impact its movement. Industrial fans only have two or three blades due to this. 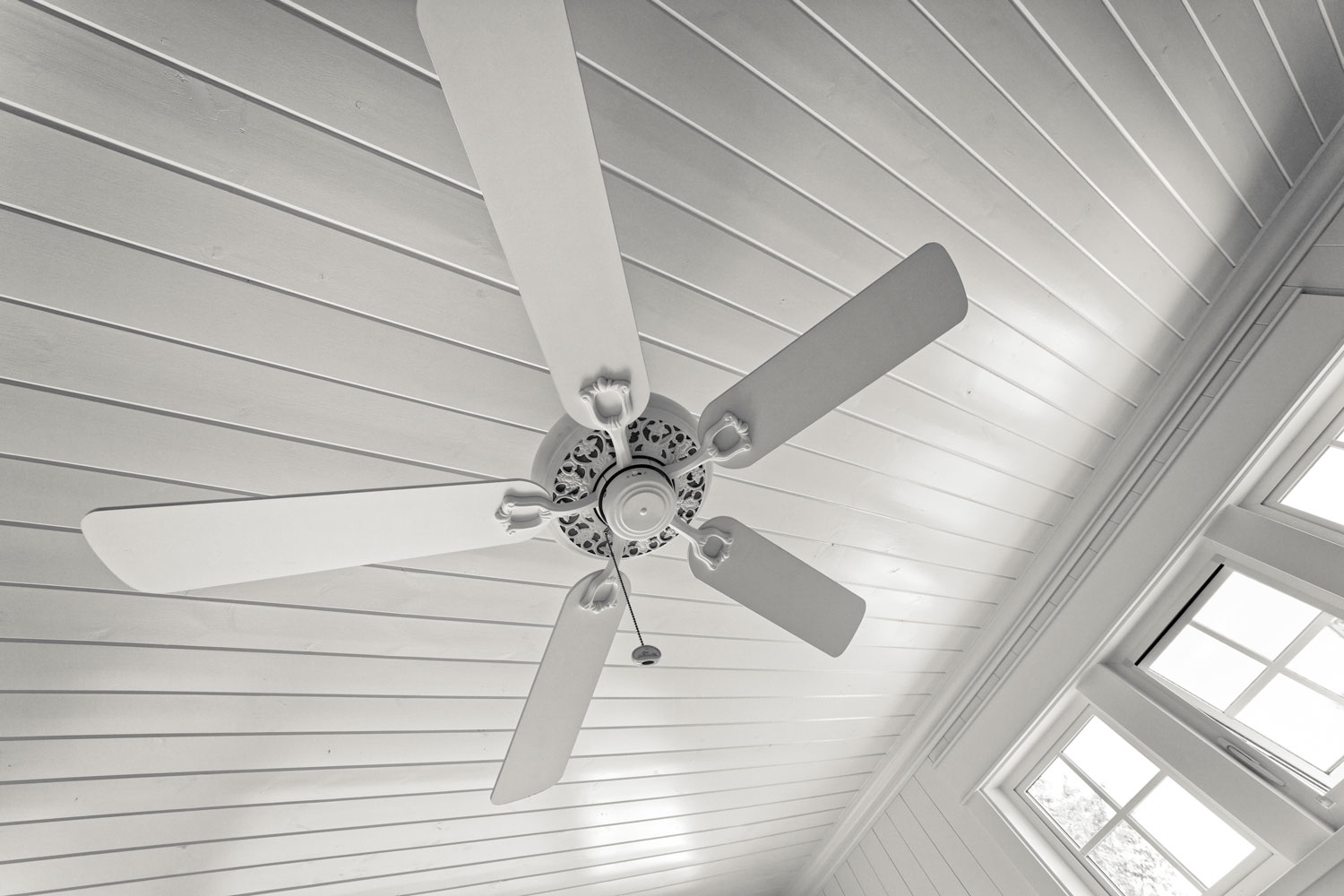 When buying a ceiling fan, it is vital to select one that fits your needs. It is also important that you consider the CFM of the fan and the type of blades used in making the fan.

This will go a long way to determine how efficient the fan serves you. For related posts, check out these engaging articles about ceiling fans.

How to Balance a Ceiling Fan

Should Vapor Barrier Be Taped? [And How]

AC Works During The Day But Not At Night – What Could Be Wrong?

Bryant AC Coil Leaks – Why And What To Do?

Should You Use Distilled Water In A Humidifier?

How To Keep Furnace Or HVAC Condensate Line From Freezing

How Do You Stop Condensation On Gutters?