A vapor barrier is a thin sheeted material used in addition to insulation to prevent moisture from accumulating on walls. As a homeowner living in a humid area, you might be unsure of when to use a vapor barrier. We asked HVAC experts for answers, and here is their reply.

Installing vapor barriers behind the drywall in your home depends on different factors. These include temperature and weather at that time. You should use a vapor barrier if you live in a more humid area. It should also be installed on the outer or inner part of the insulation, depending on what part of the building is more humid. 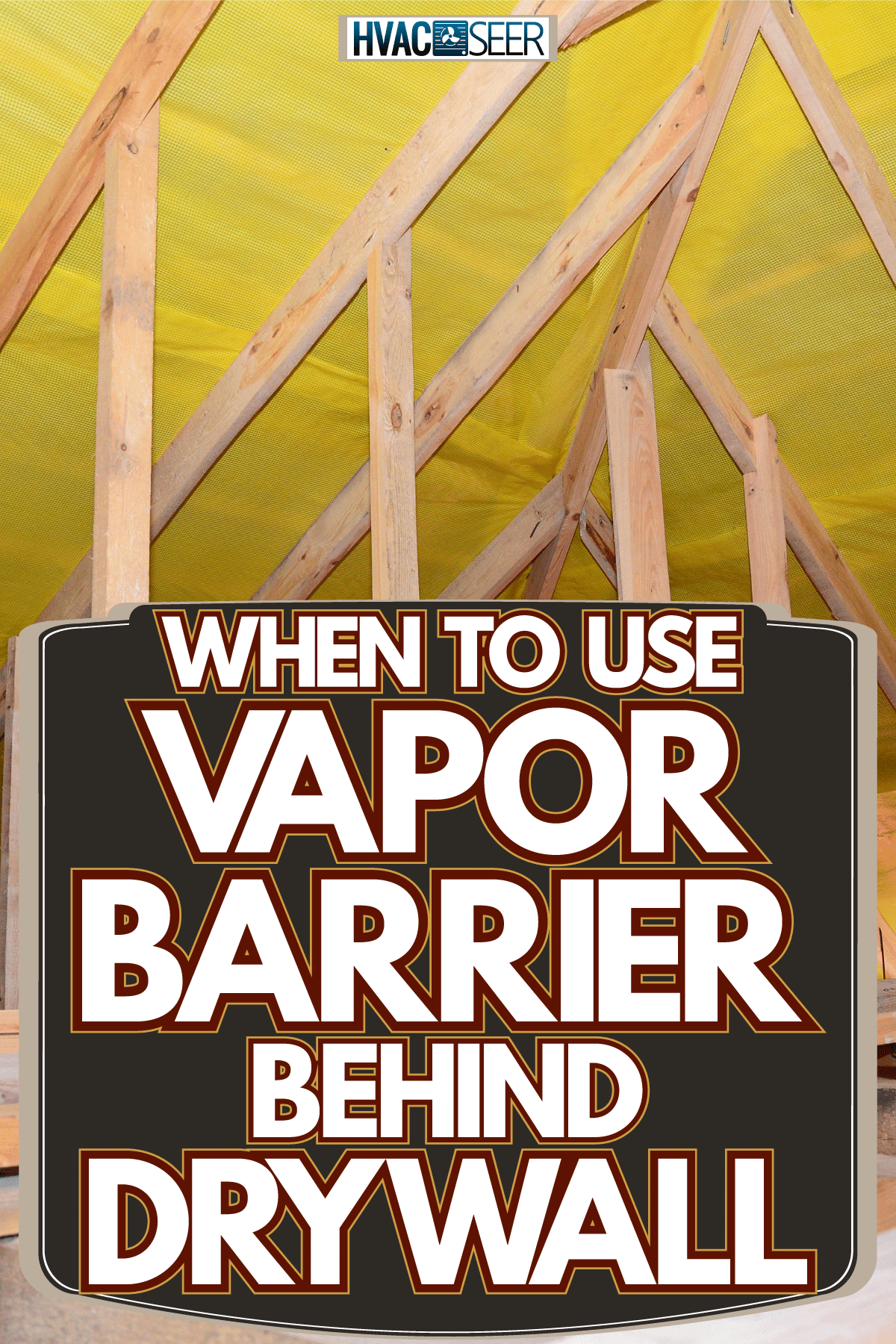 What is Vapor Barrier?

In a building, a vapor barrier is a material that can help reduce the negative effect of vapors accumulation created from the erratic temperatures on buildings and structures. According to experts, if you want to maintain a longer lifespan for your building, a vapor or moisture barrier should be installed.

Vapor barriers are usually semi-permeable membranes, allowing only a tiny amount of vapor to pass through the membrane at the right time. There are a lot of materials that can be used as vapor barriers in buildings. 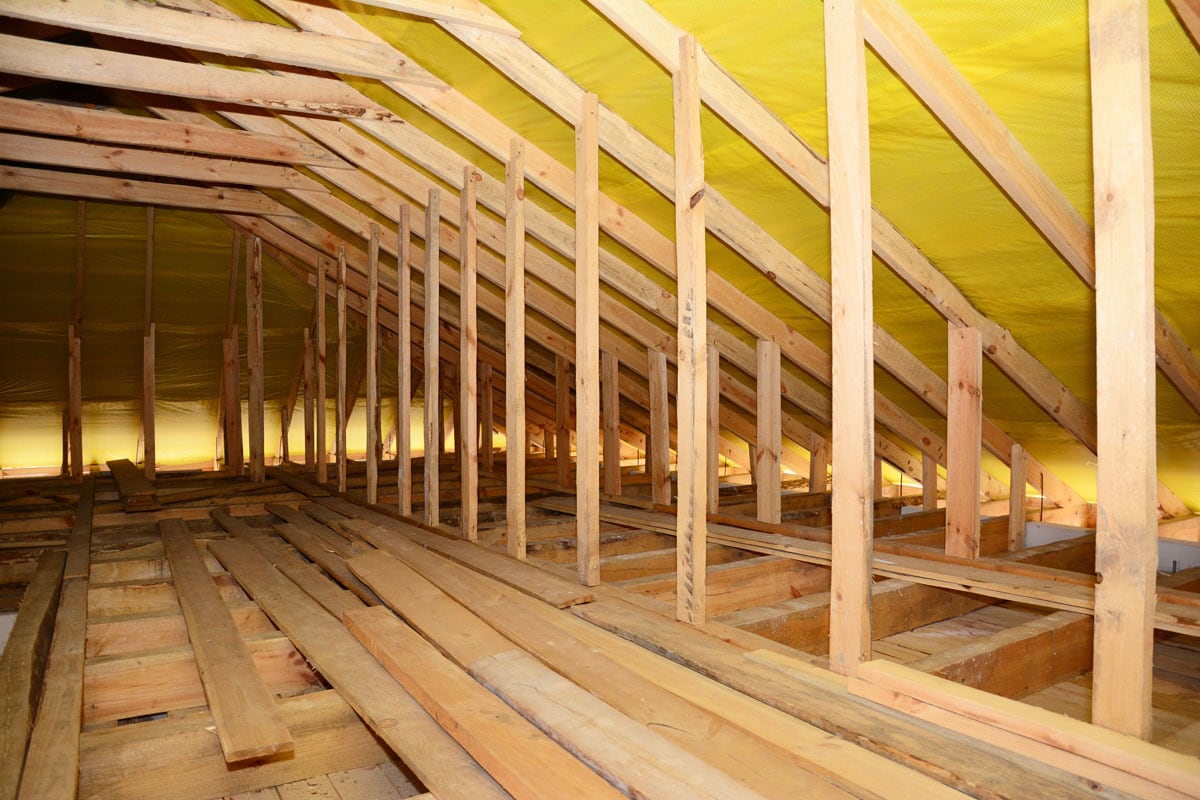 Plastic, aluminum sheets, polythene, and so on are the common materials used as vapor barriers. They all have properties restricting the amount of vapor coming in and going out over time.

Instead of vapor, now turned water, settling in the body buildings, a vapor barrier blocks the passage. It instead absorbs the moisture, and even if moisture still reaches the wall, it would be minimal.

Knowing when or even where to install vapor barriers can be a bit confusing. Before you invite any experts for a check, try and carry out an independent background inspection. The tips below will help you.

When Should You Use a Vapor Barrier Behind Drywall?

The installation of a vapor barrier is dependent on a lot of things. The main factors that play a role in this are the weather and area. The vapor barrier keeps away vapor from the building, but it is neither a membrane nor a coating such as paint. The primary purpose is to keep the wall structure from getting wet.

Even if you don't have control over the weather, temperature, or humidity, you should have an idea of the most regular weather conditions of your location.

Where Should You Install Vapor Barrier? 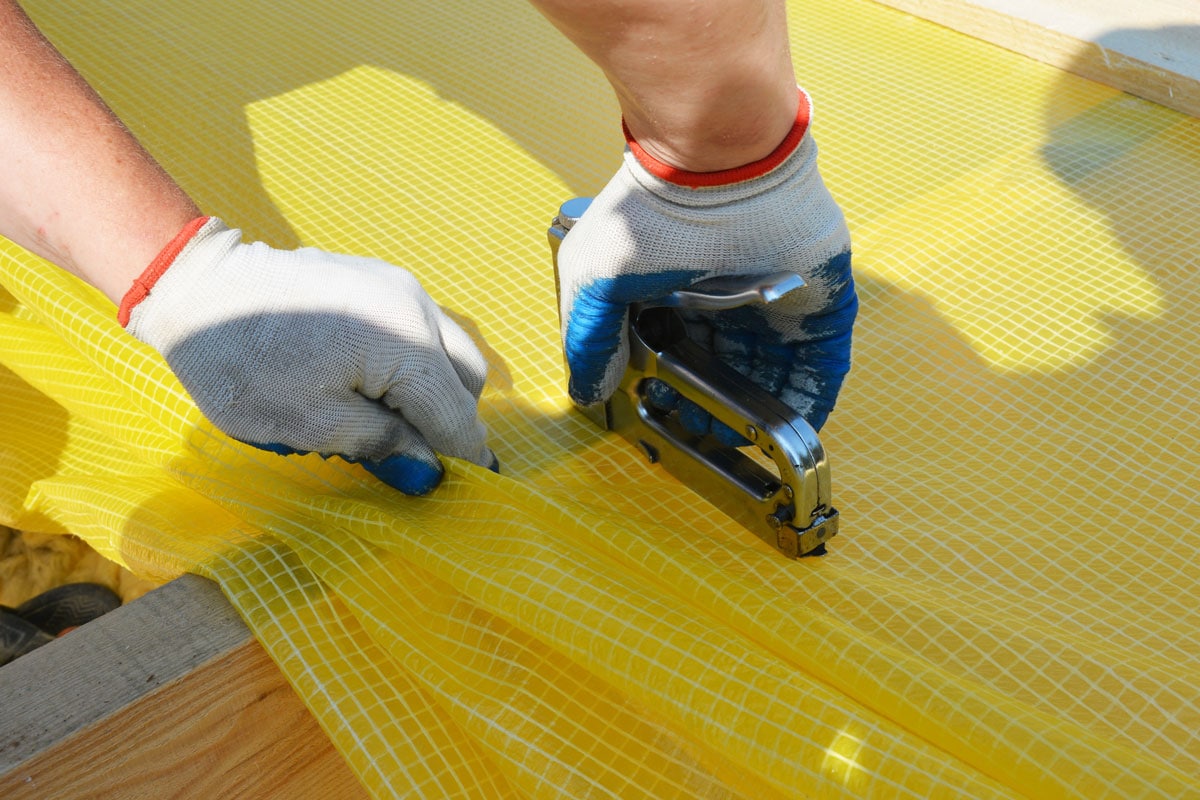 If your structure is located in a warm environment, it is ideal to install the vapor barrier behind your dry walls. This is because during cold weather, the humidity is always very low, and you probably expect vapor to rise at that time to supplement the water in the air.

Humidity can also come from the inside of the home. So, installing the vapor inside the building is also an option. Although it is better to install outside during cold weather, installing inside is better.

Most regions around the world alternate between summer and winter. You can set up vapor barriers on both sides of the walls. However, there should be enough breathing space for a little amount of vapor to pass through.

All the same, if you are looking to install vapor barriers behind the walls of a structure, it should instead be in hot weather.

Do I Need a Vapor Barrier Behind Drywall?

Drywall is like a slate that also looks like a membrane. However, it allows vapor to go through the panels; this might settle in the walls and weaken them over time.

Between the standard wall structure and the drywall, you can set up a tiny array of vapor barriers. This would restrict just any vapor that will pass through the drywall.

You can also use the vapor barrier below the drywall since most drywall does not touch the ground. If the moisture can not pass through the drywall and vapor barrier, it can just pass under.

Can You Put a Vapor Barrier Behind Sheetrock?

Do Vapor Barriers Cause Mold?

When vapors come from outside, they get settled on the exterior of the building and spread to both parts of the structure, and must be dried.

During this process, the exterior part might dry, while the inside part of the wall will still be wet since vapor barriers won't allow vapors to leave. Over time, molds might start to grow if this water remains in the building structure.

Does Paint Act as a Vapor Barrier?

However, this does not mean all paints can do this. Only oil and latex paints can act as a vapor barrier inside a wall.

Pros and Cons of Vapor Barriers

Here are the pros and cons of adding a vapor barrier behind drywall.

A vapor barrier protects your build and improves its resistance to moisture that could pass through it.   Here are more advantages:

As much as vapor barriers have their uses, they have disadvantages too. For example, if the walls don't dry, they would still be susceptible to mold formation.

Usually, vapor barriers are installed inside the building when the weather is warm. However, as the temperature gets colder, vapor barriers might not allow the walls to get dry.

The walls would absorb vapor from the environment. Even if the outer part is dry, it will take even more effort to dry the inner part since the vapor barriers would not allow vapor to pass through.

What Is The Difference Between a Vapor Barrier and Moisture Barrier? 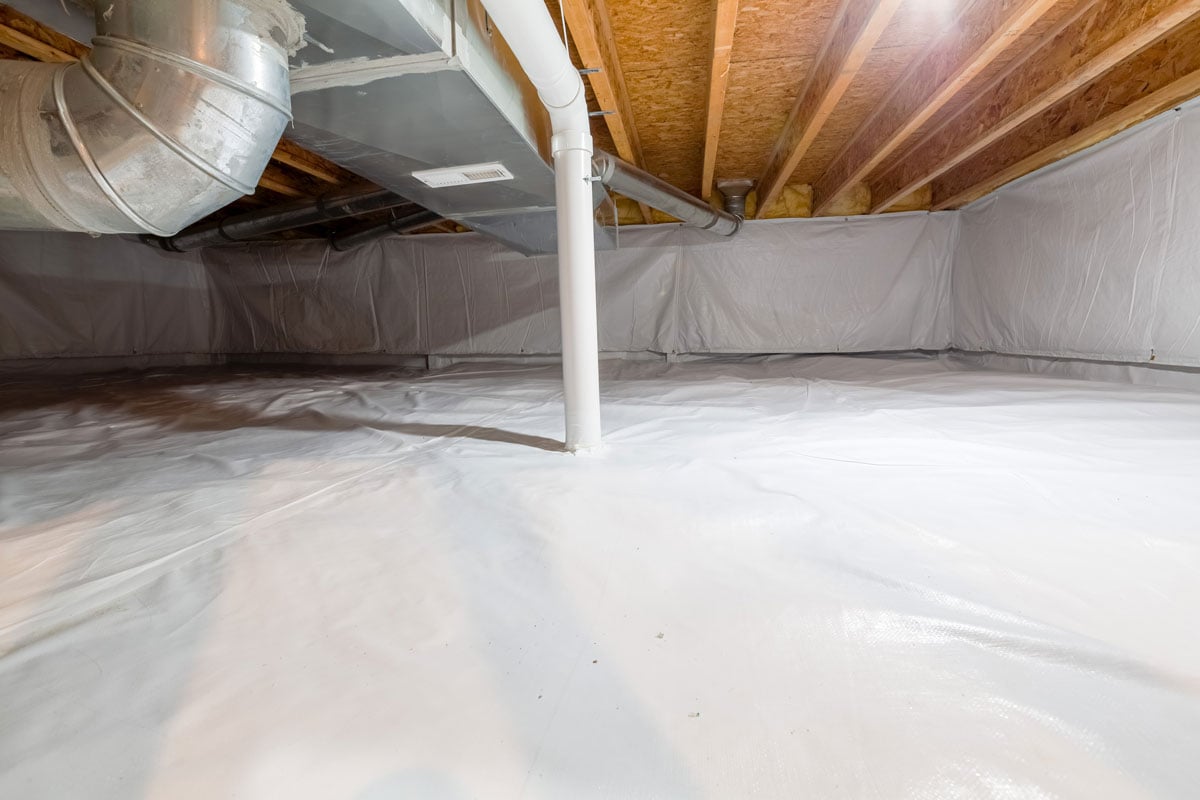 In construction, vapor barriers almost have the same function as moisture barriers. The two terms are used interchangeably, but they are slightly different.

On the other hand, vapor barriers still have the same function. Their main job is to cool any vapor that could have settled on the wall from the warm. However, even experts use them interchangeably.

Do I Need a Plastic Vapor Barrier If I Use Faced Insulator? 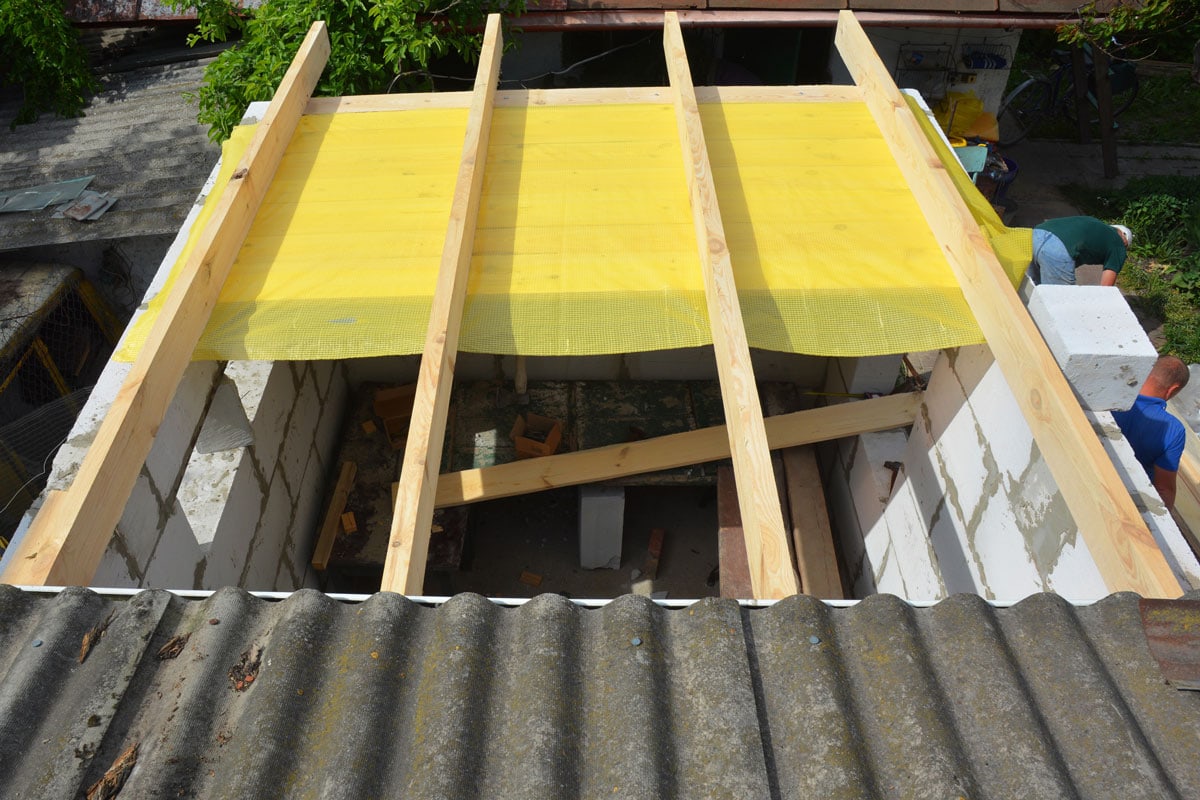 A vapor barrier as an insulation material itself is needed for the structural benefits of a building. Faced insulation is being used for almost the same primary reason, which is to absorb moisture that could have been taken in by the wall.

Using a plastic vapor barrier in addition to faced insulation is unnecessary. Most homeowners think it would improve protective quality, but the two insulation materials cannot work together.

You can't place one over another because they would both absorb the moisture. If this continues, at point, water would be trapped inside your walls. 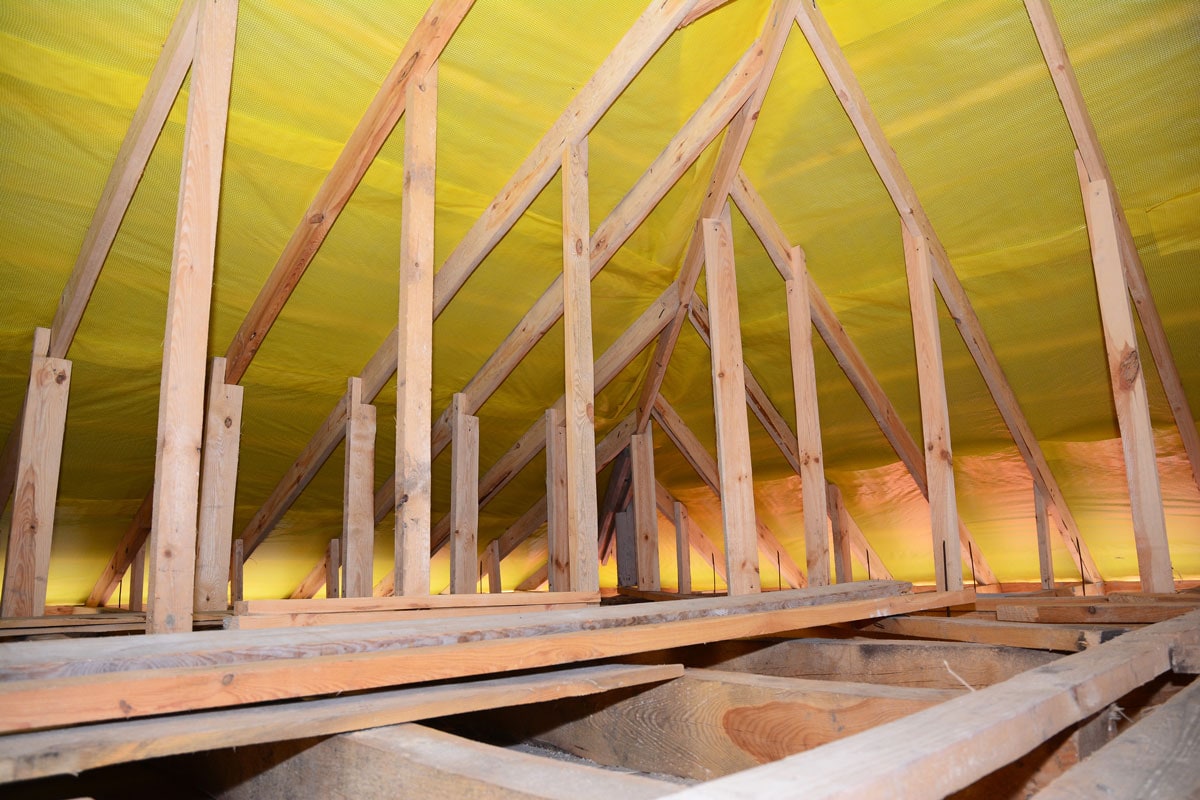 If you have been delaying using vapor barriers, there is no proper time to install one. Since you have read this article to this point, you already know that you should use the vapor barriers in the right area of the drywall. Vapor barriers are one of the essential construction tools you will need to cement a building structure and prolong its life span.

If you have read up till this point, check out similar articles about vapor barriers:

Should You Use Vapor Barrier on Basement Walls?

Can You Put A Humidifier On An Electric Furnace?

Does An Electric Fireplace Need A Chimney?

How To Clean A Pellet Stove’s Pipe

How To Seal Gap Between The Carpet And Wall

How Long For Flex Seal To Dry?