Gas fireplaces need a thermopile or thermocouple to generate electricity. These components are essential to start the pilot flame. You should know the location of these critical parts in case you need to fix any issues with the fireplace. We've done research so that you can learn about the thermopile and thermocouple in this post.

A thermopile or thermocouple is vital for gas fireplaces with a pilot system. If these do not work, you need to fix or replace them, if possible, before you continue using the fireplace. You should know when and what to replace so there will be no issues. Continue reading to understand more about thermopiles and thermocouples. 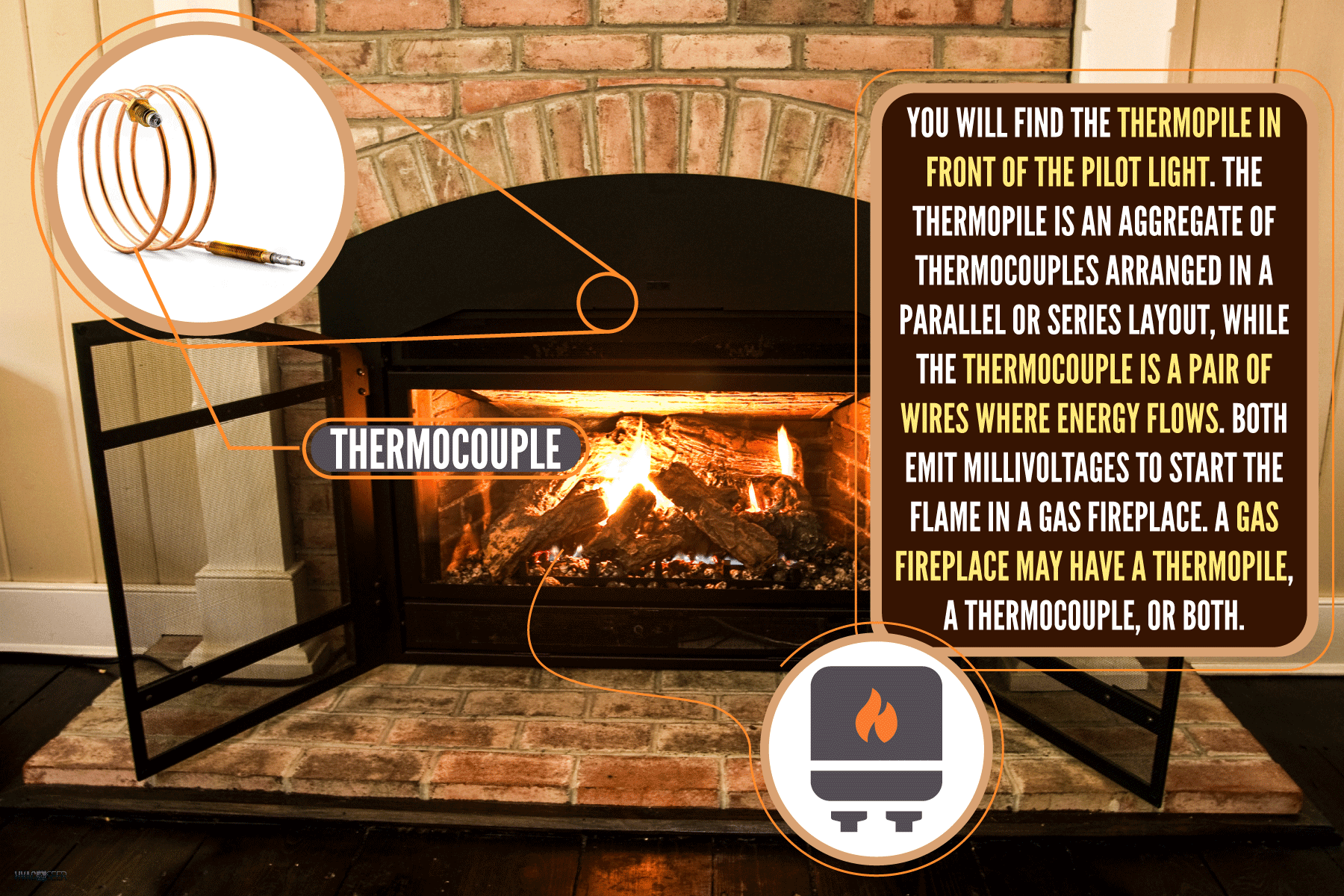 Where Is The Thermopile Or Thermocouple Located? 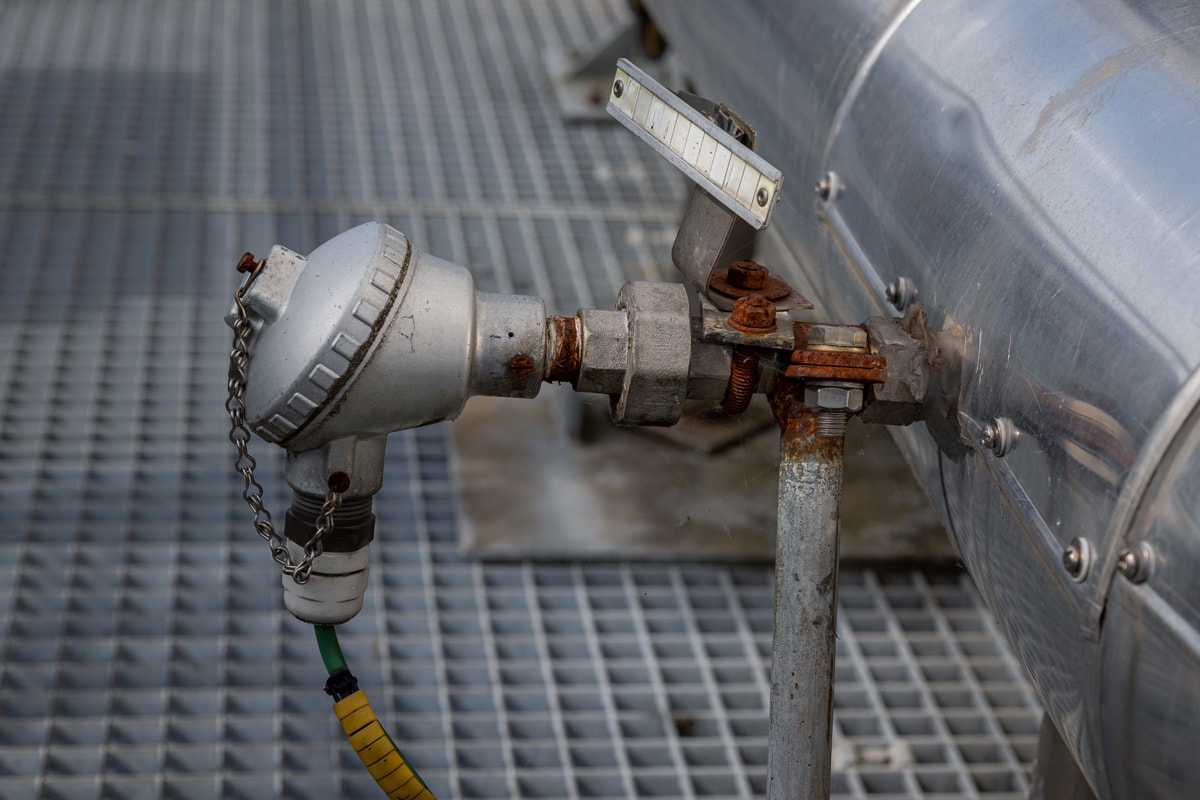 Thermopile refers to a combination of thermocouples. Its function is to open up the gas valve. You will see thermopiles in larger gas fireplace models because these have a greater electric power to ignite the pilot light.

A thermocouple is a combination of two wires that produces millivoltage. In terms of purpose, the thermocouple controls the gas flow to the pilot light passing through the gas valve. It is weak, with a low electric current.

These are contactless temperature sensors and generators for a fireplace. Both convert heat to generate electricity that will ignite the pilot flame. The pilot flame should have a continuous supply of electricity from the thermopile to keep the fireplace working.

Although they have the same goal for the gas fireplace, you should know their differences.

How Do I Know If I Have A Thermopile Or Thermocouple?

You can easily distinguish a thermopile from a thermocouple by appearance. If you plan to examine the components, always take precautions so there will be no injuries.

The thermopile is known as the power pile because it generates more millivoltage than the thermocouple. It can consist of 10 or more thermocouples arranged in series or parallel layouts. 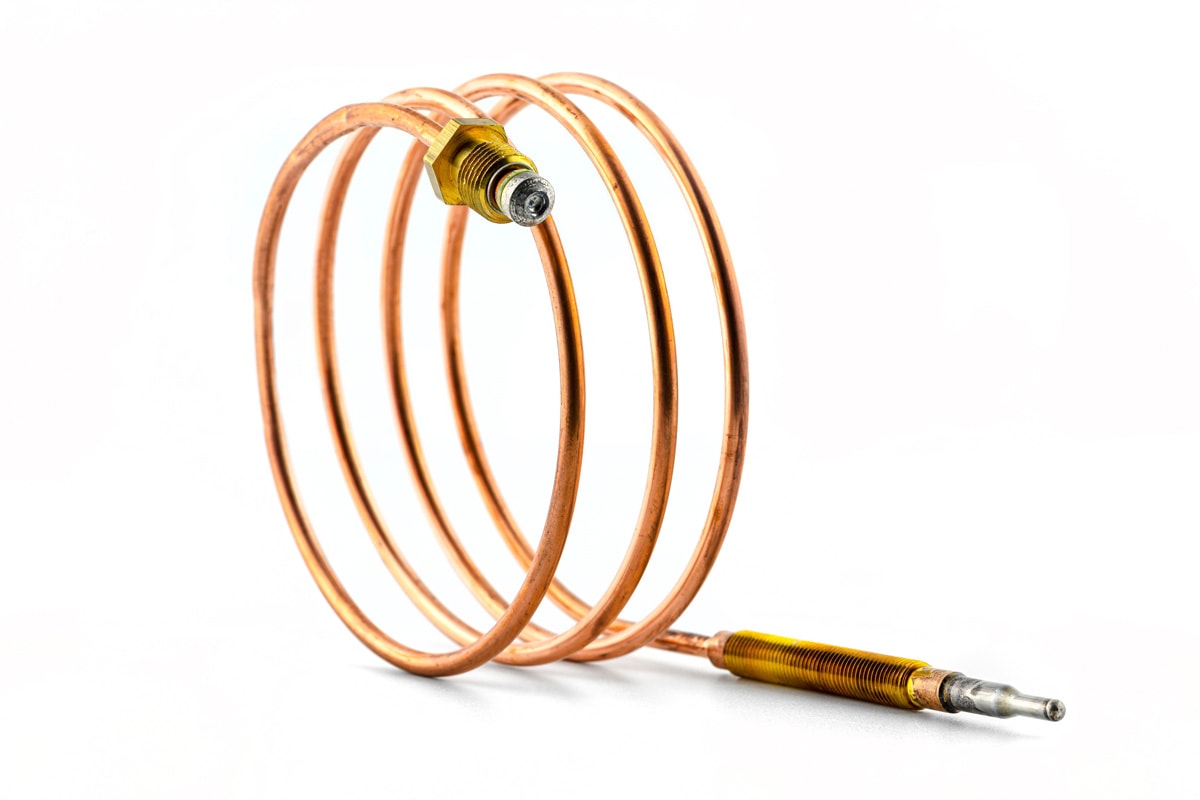 You can easily identify a thermocouple because it consists of two wires. The thermocouple arrangement can be series or parallel. The heat it generates comes from one section and flows to each wire. With many thermocouples, more voltage will be produced.

Do All Gas Fireplaces Have Thermopile Or Thermocouple?

All gas fireplaces, except those with electric ignition, have a pilot to start the flame. The pilot will not work without a thermopile or thermocouple. There would be no light that ignites the burner.

Modern and electric gas fireplaces do not use a pilot because it needs fuel to start. Without a pilot, energy is conserved because there is less work for the unit.

How Long Does A Thermocouple Last On A Gas Fireplace?

The thermocouple can last for a decade. Yet, a thermocouple is a very sensitive device that can fail. Its lifespan can shorten depending on the usage of the fireplace. 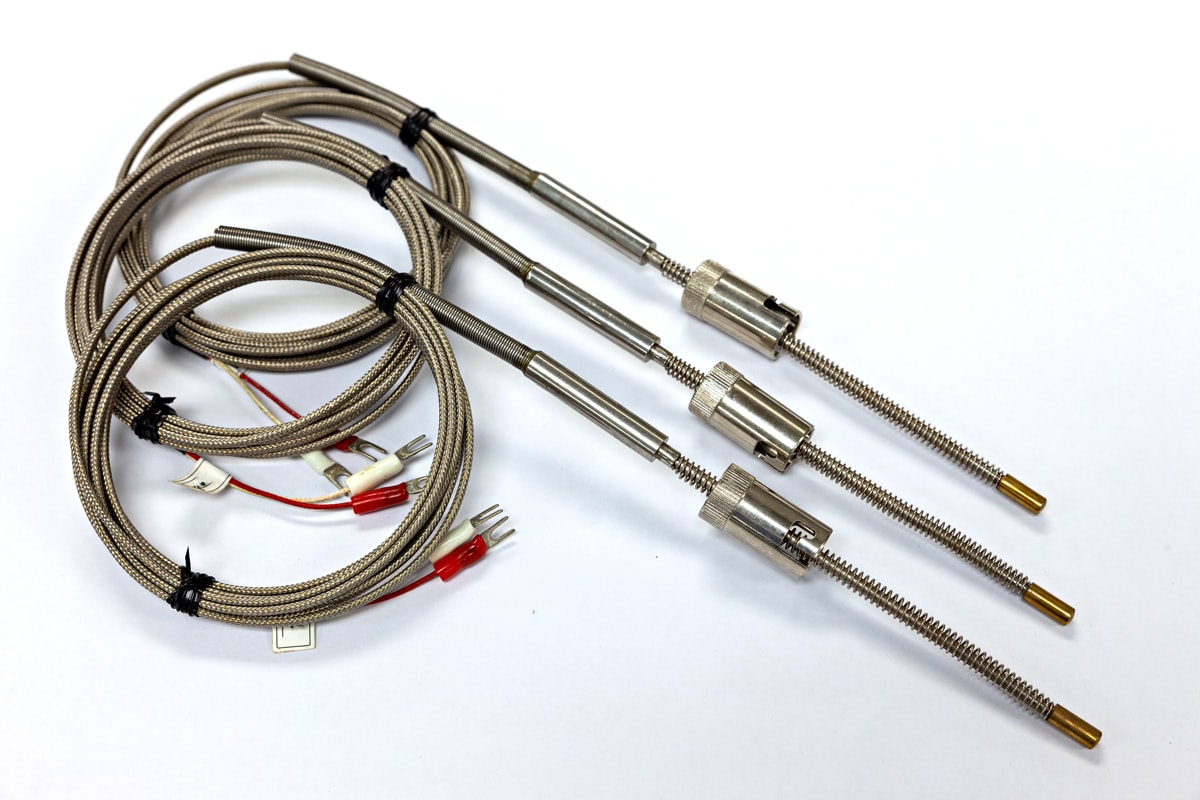 What Happens If The Thermopile Or Thermocouple Fails?

If the thermopile or thermocouple fails, the gas fireplace will not sustain the flame or will not light at all.

If the fireplace will not stay lit, but the pilot is still on, then the thermopile has a problem. The heat it produces may not be enough to create a spark and ignite the pilot flame.

In normal operations, the thermopile should allow the gas valve to stay open when the pilot is on. A drop in gas pressure will not keep the flame on. You should check if there are corrosion or loose connections that can hinder the flame of the fireplace unit. 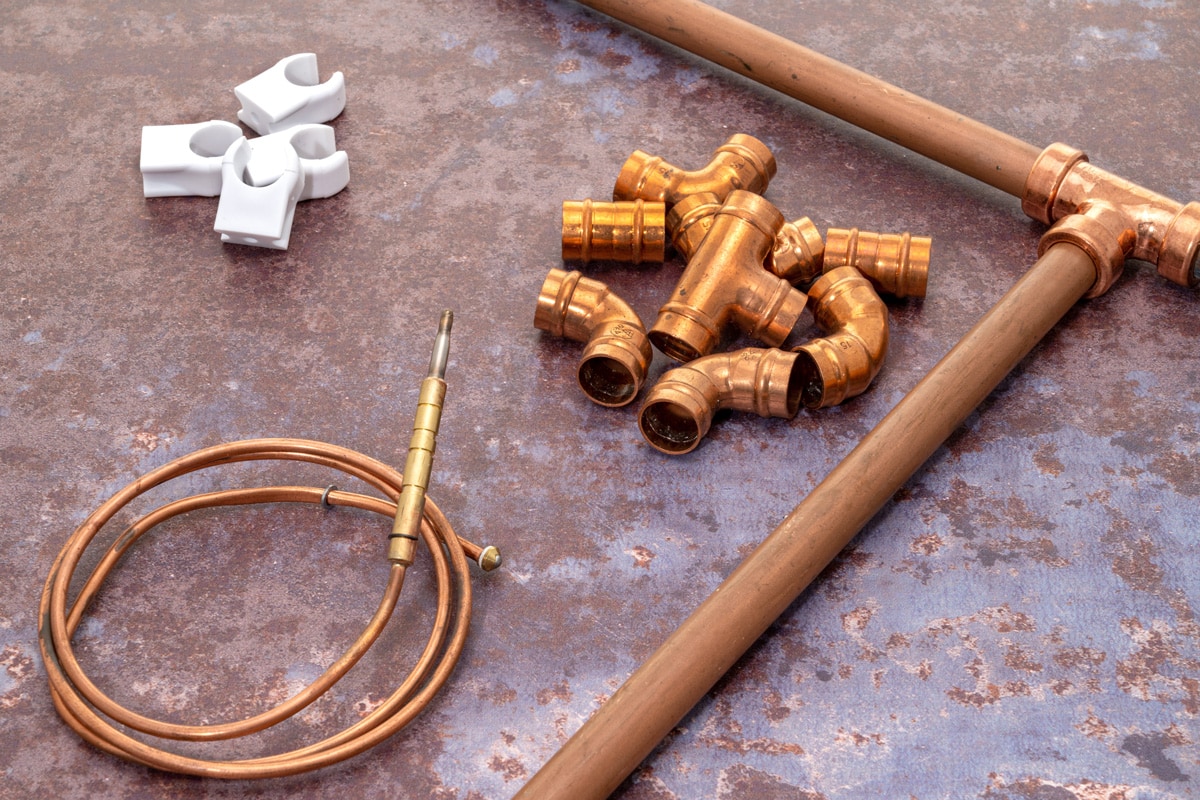 Moreover, the thermopile or thermocouple can accumulate carbon and deposit it in the wires over time. If there is a clogged pilot, it will not heat the thermopile to the required temperature.

The flame from the pilot should be blue, burn steadily, and be large enough to envelop the thermocouple. A yellow or orange flame can imply some clogging.

You should test the components to check their current electrical capacities.

How To Test A Thermopile?

If your gas fireplace fails to work, you should examine its parts to determine the problem. That is why it is important to be familiar with the location of the thermopile or thermocouple.

After you inspect other components, such as the switch, burner assembly, or the pilot, the problem might be the thermopile sensor.

Here are the steps to check the voltage:

You will see that the voltage reading will reduce to more than half of the reading before turning on the fireplace.

The normal range of voltage is as follows:

Testing your thermopile can help you identify the underlying problems. 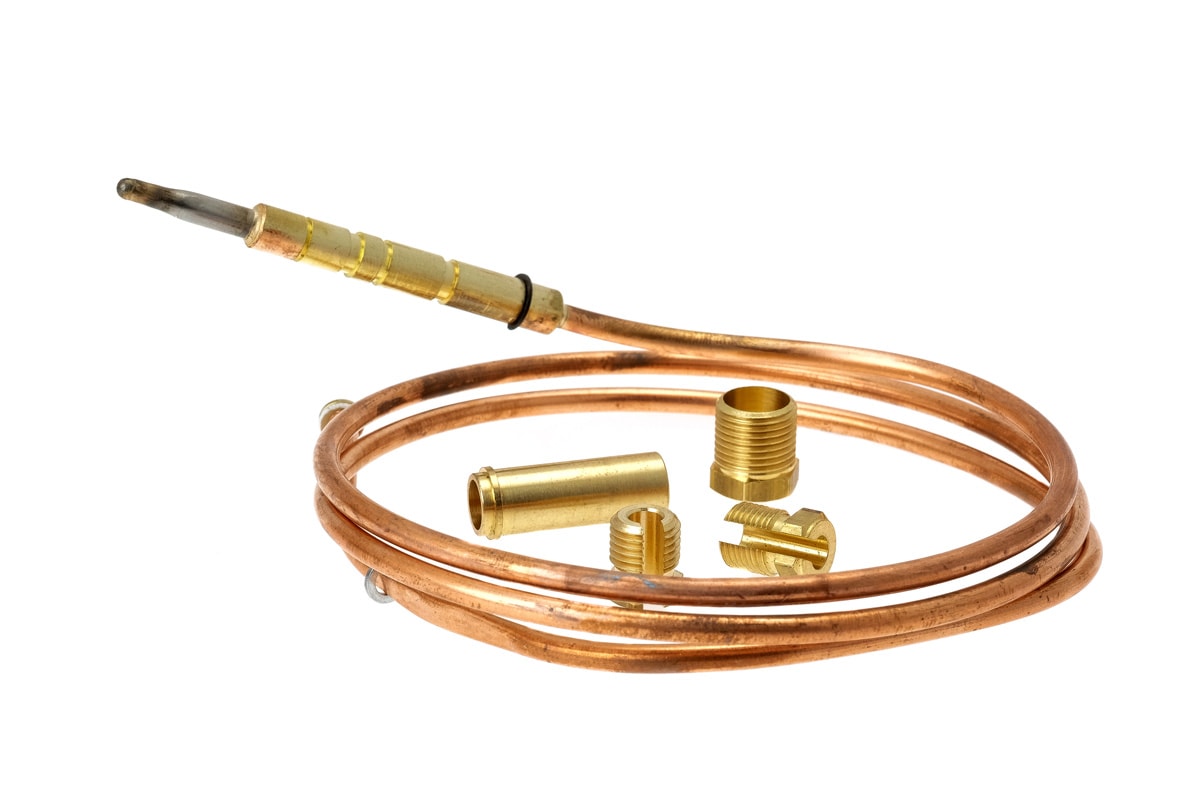 When To Replace The Thermopile

From the testing results, you will need to replace the thermopile if the voltage reading is zero. Another sign to observe is the pilot light. If it stays lit for some time but turns off after relighting, you should replace it.

Some gas fireplace models will beep to alert you that the flame sensors are not working.

How Much Does It Cost To Replace A Thermocouple?

If replacing is the solution, you can do it yourself or ask a certified electrician for the job. A thermocouple will cost around $20-50 depending on the quality and other specifications. You can also purchase the thermocouple with a pilot assembly. 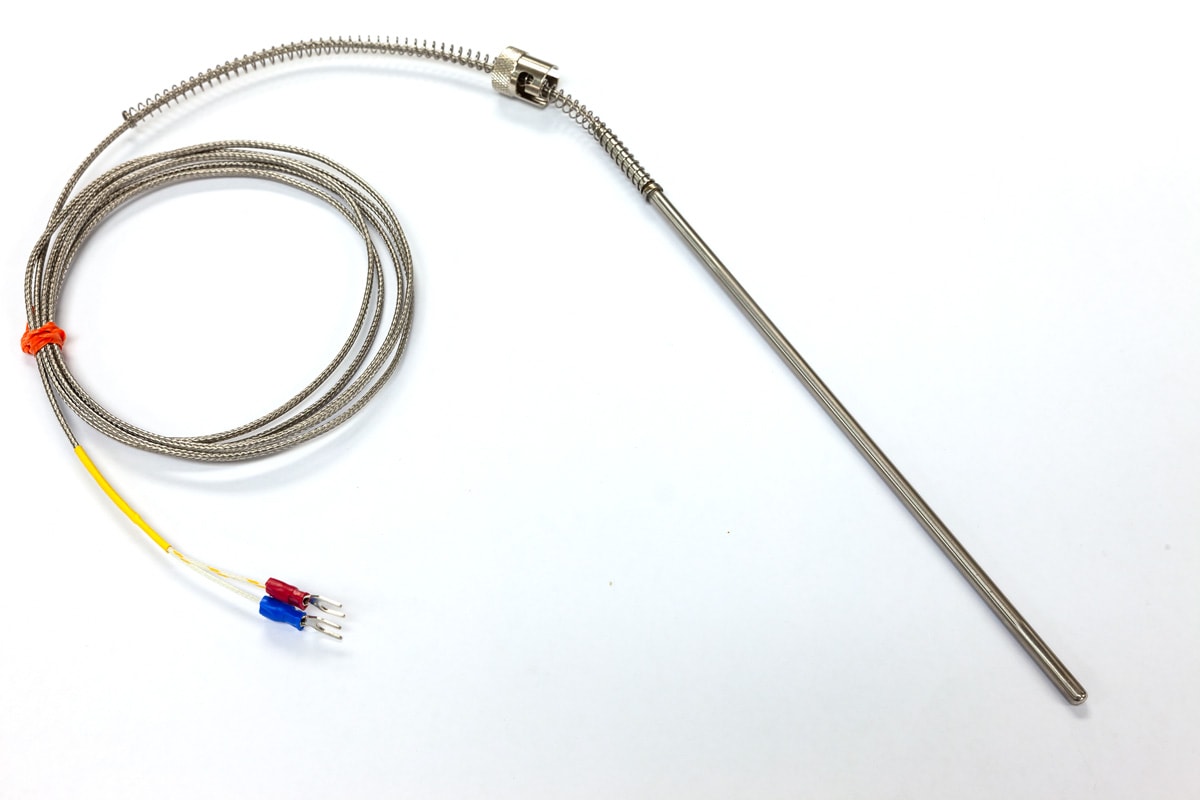 You should distinguish the thermopile from a thermocouple when purchasing the replacement. Each component has a different purpose, and you cannot interchange them.
Installing the part yourself is cost-friendly, but you should know the technicalities. If you ask for help from a technician, expect to spend around $150-250 on labor charges. 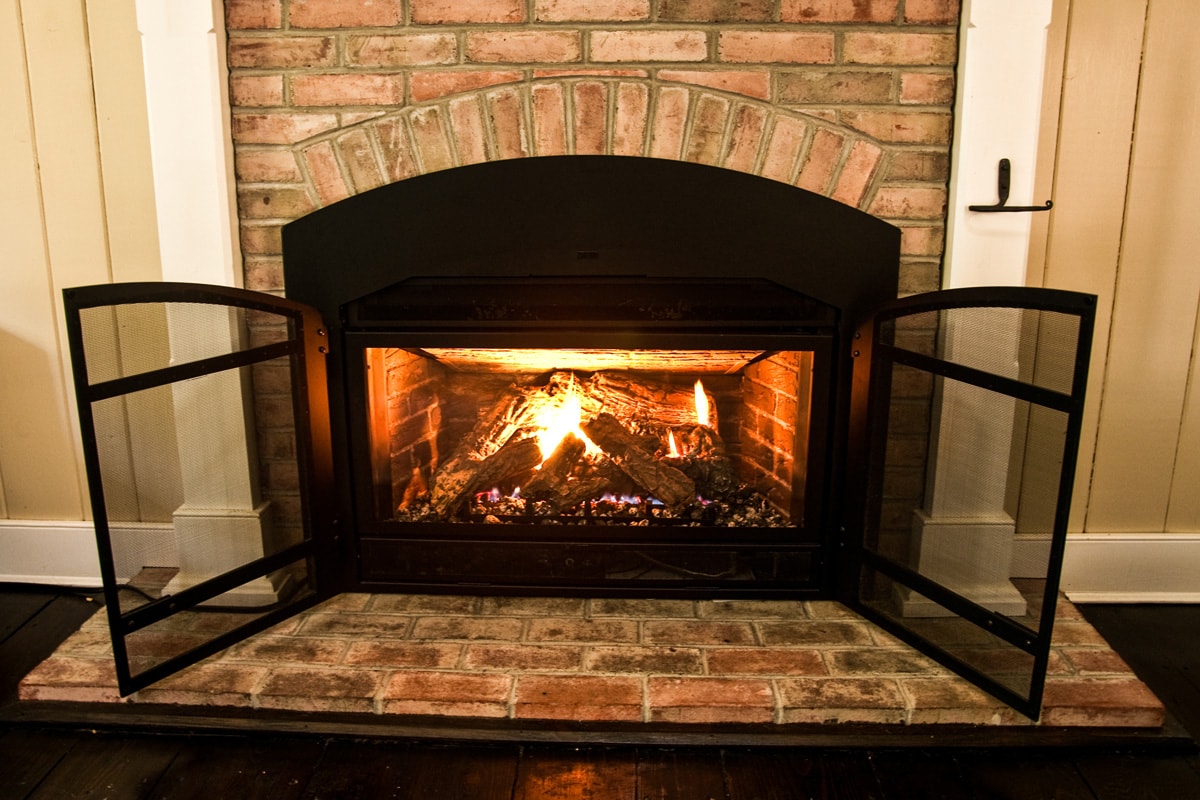 The thermocouple or thermopile is in front of the pilot light. Both are critical components of the ignition system. They function as heat sensors to generate small currents of electricity and light up the flame. Although they look similar, their purposes are distinct.

It will help if you know the location of these components in case there are issues, such as keeping the pilot flame lit. You can test the thermopile or thermocouple for the voltage  each one emits.

There may be other issues to fix, including corrosion and the accumulation of carbon deposits. If the thermopile fails, replacement is a remedy.

Discover more about fireplaces from these posts:

Gas Fireplace Switch Not Working – What To Do?

How Big Are Portable Air Conditioners?

What Gauge Wire For A Baseboard Heater?

Carrier Vs York: Which HVAC Brand To Choose?

How To Insulate A Vaulted Ceiling

How Much Does It Cost To Insulate A Garage