If you own a ceiling fan, you may have noticed that it starts to run faster over time, and you may have wondered why this happens. Fortunately, we have done the research for you, and here is what we found.

Some problems may cause a ceiling fan to run faster than usual. Before checking the internal component to know the source of the issue, you should examine the external factors first. The following can increase the speed of a ceiling fan:

It is known that some models are more advanced in terms of technology than others. But basically, ceiling fans are just blades that spin at high speed, circulating air in a space. Keep reading to get detailed information about ceiling fans and why they run too fast. 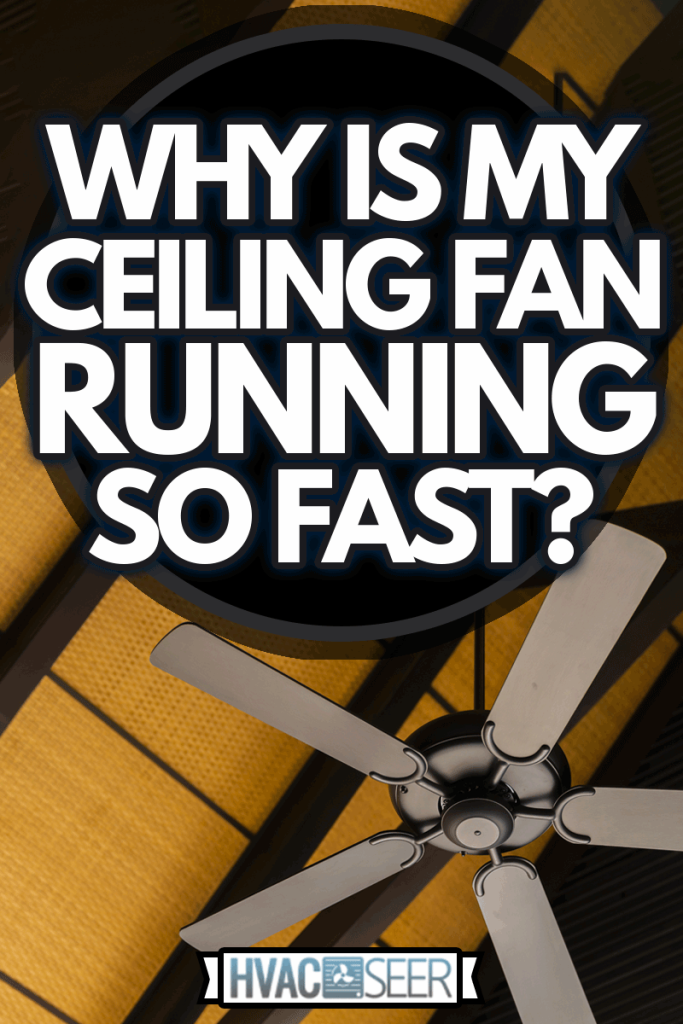 Why A Ceiling Fan Runs Fast 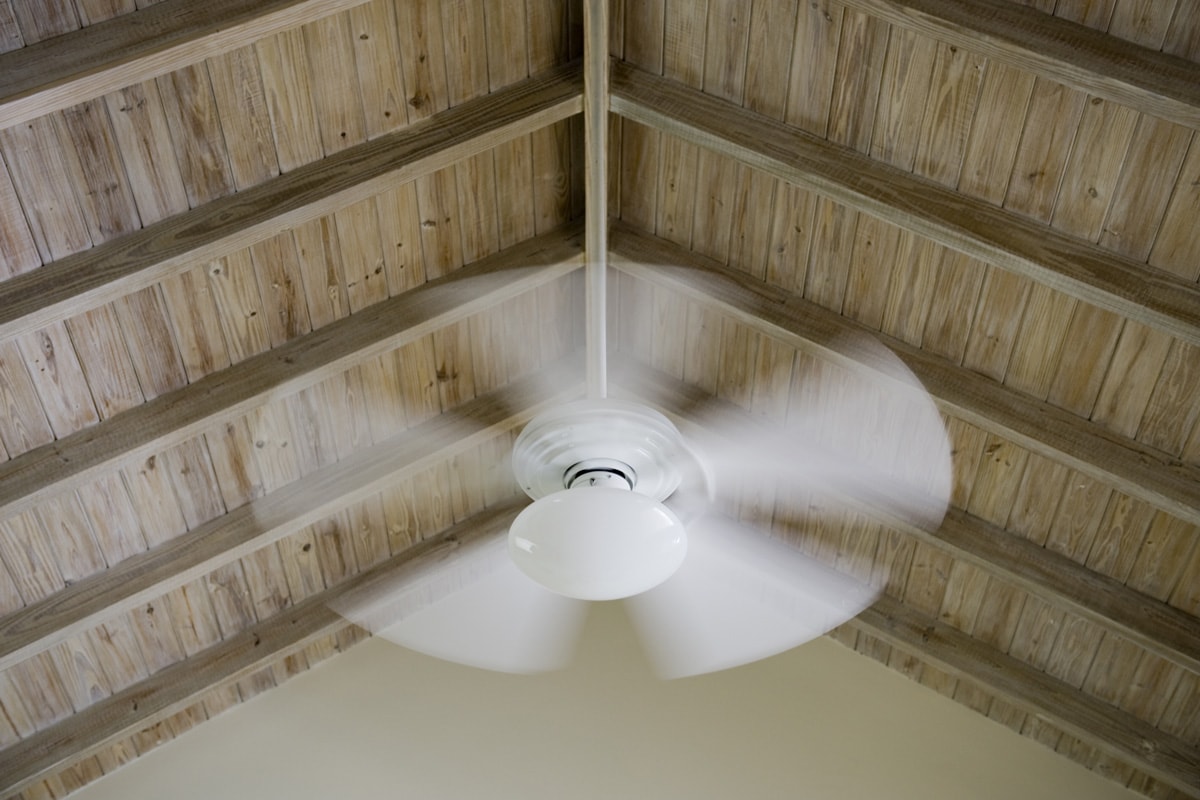 Just like all other appliances, your ceiling fan can also be affected by some issues causing it to run too fast. This problem might be from the capacitor, the blade, or the controller. A ceiling fan can also run faster than normal when the blade is not heavy. Generally, all new fans run at a normal speed depending on the number it is set to.

However, it would cost you time and money if you want to troubleshoot without considering the external factors that may contribute to this issue. If your ceiling fan is running so fast, you can tackle this problem without the help of a professional, which would save you money. The following can cause your ceiling fan to run faster:

When your ceiling fan starts running at high speed, there is a chance that the blades are imbalanced. You need to ensure that the fan blades are balanced because even a slight variation can affect the efficiency of your fan.

All fans are made to operate under specific conditions, so imbalanced blades could cause variation in the speed, thereby causing the fan to spin faster.

The solution to this is to balance the blades. This can be easily done by making sure that the base screw is tightened, or adding extra weight to the fan.

The capacitor is the lifeblood of your fan. The capacitor is designed to activate the motor that makes the fan blades spin. A bad capacitor may lead to an increased fan speed. When a fan's capacitor malfunctions, the best thing to do is to stop using the fan and replace the capacitor. This can be done by following the steps below:

If the above isn't why your ceiling fan is running at a high speed, then the problem could be from your controller. In such a situation, try making use of your manual control to set the ceiling fan to the lowest settings to see if it works. If it does, then your controller is faulty. You should contact your manufacturer for a new controller if you are still under coverage. 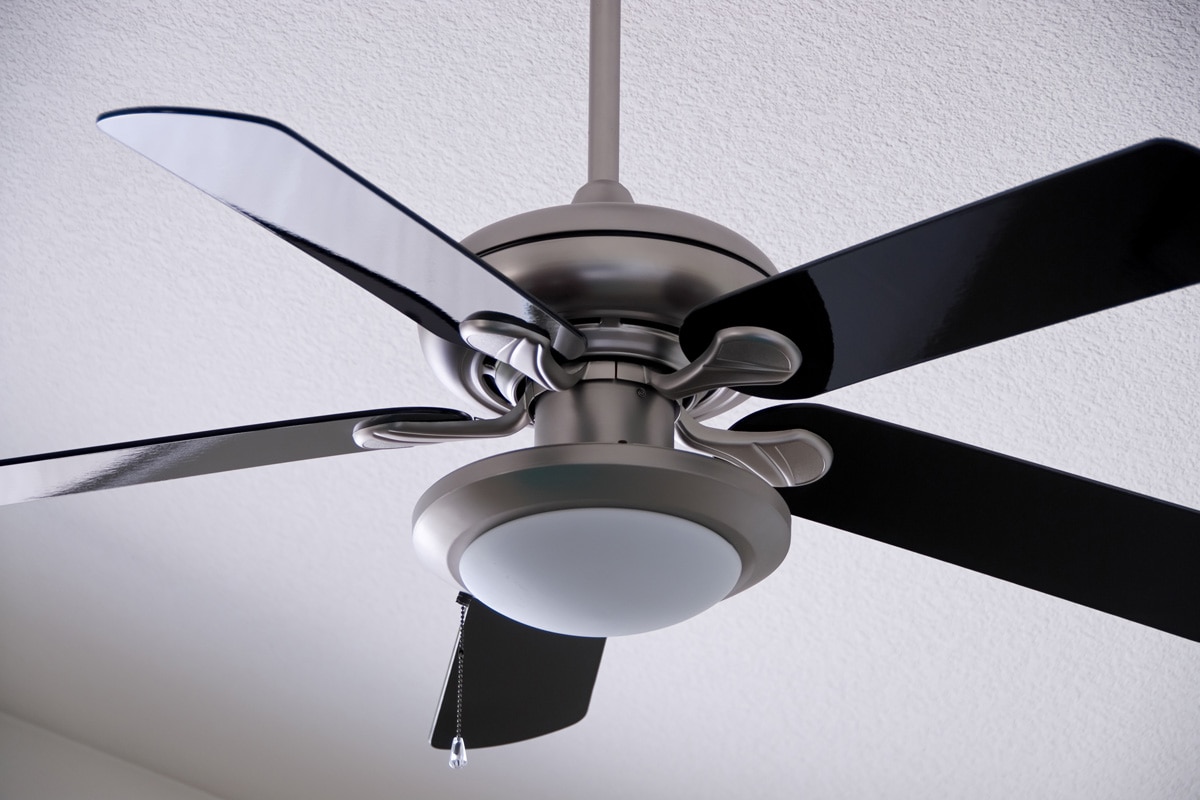 Can I Slow Down My Ceiling Fan?

You can slow down the speed of a ceiling fan. To do this, you can simply install larger blades. For optimal operation, it is essential to get the right-sized blades for your ceiling fan. You may notice that your fan is overheating if the blades are too large, and if too short, your fan may start running at high speed.

The motor is very sensitive and is designed to use a certain amount of force that can make the blades of the fan spin at different speeds. So if you have the user manual, it helps you in detecting the blade dimension and also finding out if a wrong blade dimension was installed.

Additionally, just as size is very important and essential to a ceiling fan, the same goes for weight. In the process of ensuring that the correct fan length is used, choosing a blade is also important. For optimal operation, ensure you don't install fan blades that are too heavy as this could cause stress to the motor, thereby reducing the lifespan of your appliance.

How Fast Is Too Fast For A Ceiling Fan?

How fast a ceiling fan works depends on different factors including the size and quality of the fan. But a ceiling fan spins about 50 to 100 RPM on average which is quite low. A ceiling fan of about 4.8 inches can spin at a high speed of 315 to 365 RPM, depending on the company.

A fan with higher RPM is slightly noisier than those with lower RPM. But higher RPM is best for a cool build and the 1000 RPM fan may be too low. Almost all ceiling fans have 1400 1600 RPM as standard and a 1000 RPM ceiling fan can be used for leisure computer work.

Do All Ceiling Fans Have 3 Speeds? 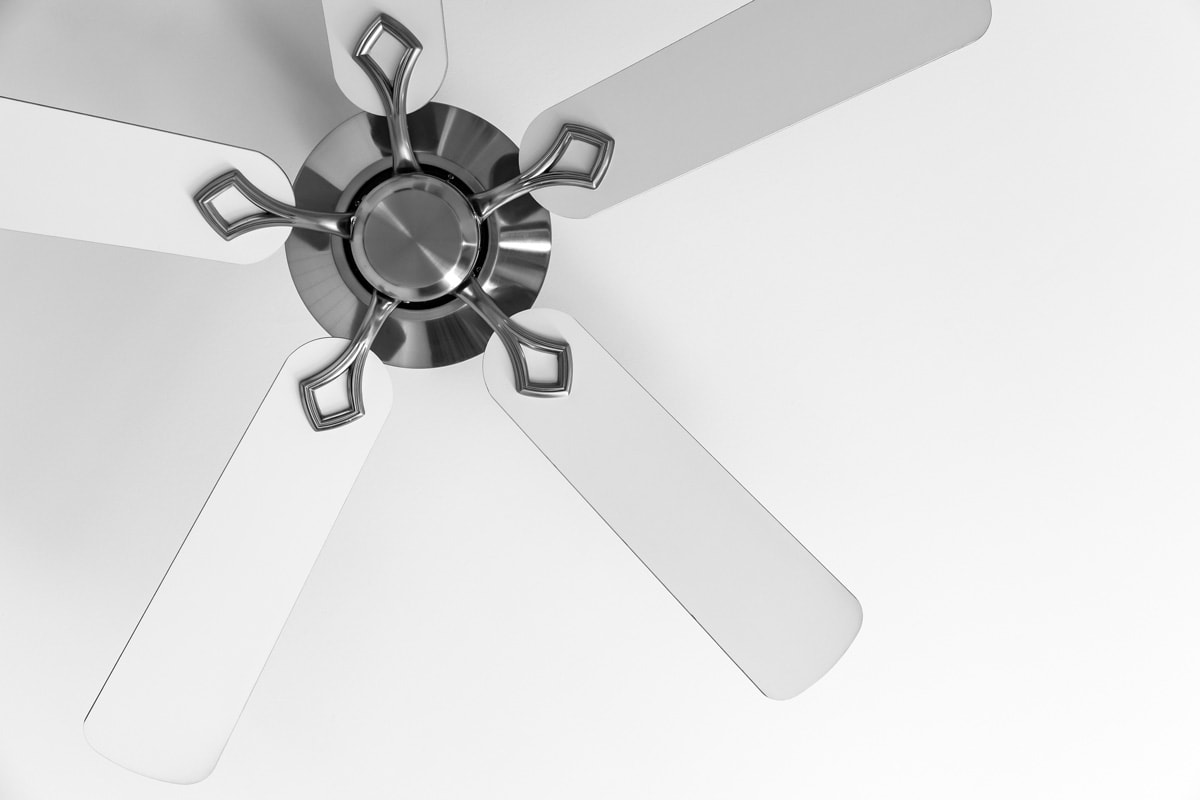 Most ceiling fans have three (3) speeds which are high, medium, and low. The fan comes with a pull chain that can be used to change it back and forth.

Ceiling fans that are designed with more blades appeared to be quieter than fans with fewer blades, and they tend to have better balance coupled with less ambient noise. Furthermore, a ceiling fan with more blades can generate more air because the distance between the blades is nearer which makes the wind more consistent.

However, if you are more concerned with the air that the fan circulates, a 5-bladed fan would be the best option for you. But if you need a fan with a small silhouette that can still provide enough airflow, you can go for a 3-bladed ceiling fan.

How Do I Test My Fan Speed?

To test the speed of a fan, you have to calculate the velocity of the fan blades, which is given by the length of the ceiling fan blade in meters from the middle multiplied by the RPM of the fan.

If you have gotten that, it means that the velocity of the tip of the blade has been found. Next, take the average from the beginning of the blade to the end of the blade.

All blades are designed with some curvings at one part to direct the flow of air. Therefore, calculate the angle from its horizontal. Alternatively, you can check out the website of the ceiling fan's manufacturer to get the data for the fan model.

The lifespan of appliances differs depending on the quality. Typically, ceiling fans are expected to last for up to 10 years. This depends on the quality of the fan and the frequency of usage. You can leave your ceiling fan spinning continuously for an average of 8 hours without having to worry about damage.

Homeowners who make use of their fans often, especially during summer should bear in mind that the fan may need a replacement or at least some maintenance before the decade ends. High-quality ceiling fan can last for up to 15-20 years before it starts to malfunction.

How long a fan last also depends on the quality of installation. A ceiling fan that is installed properly tends to last longer than the one that isn't well installed. 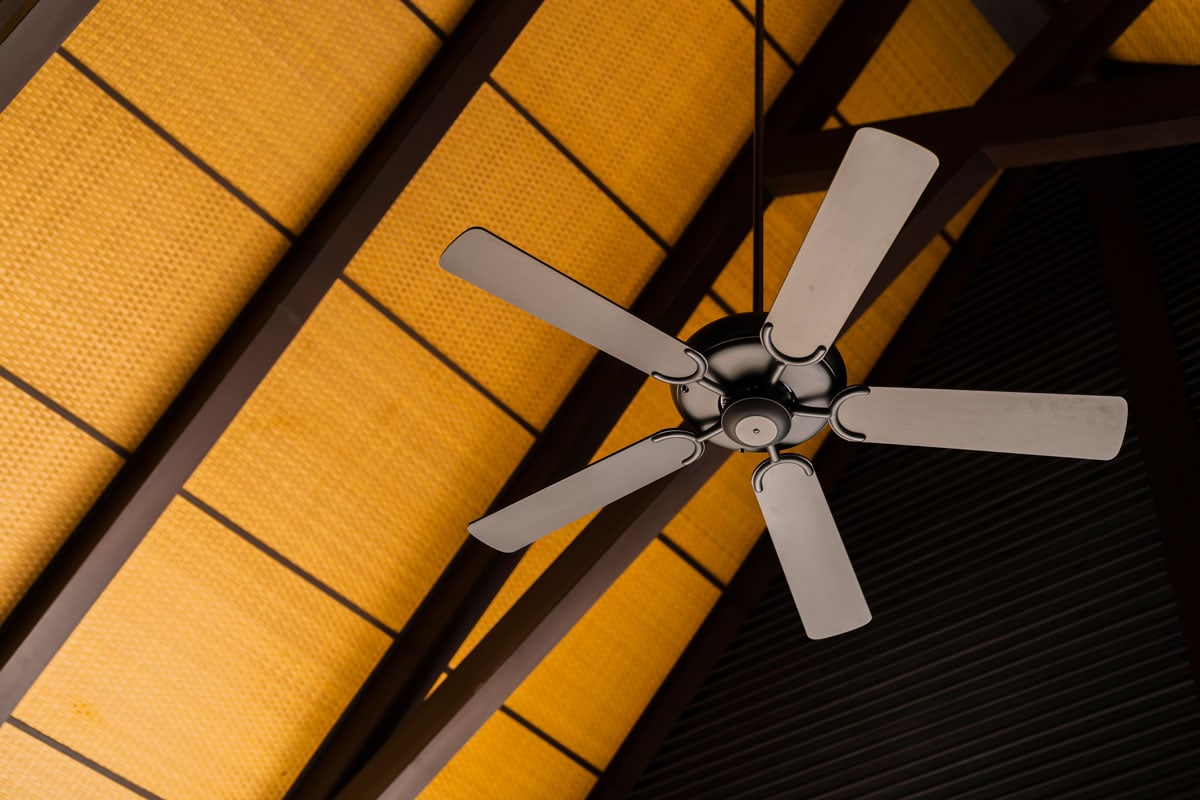 You should maintain your ceiling fan to keep it in working order. If you notice that your ceiling fan is running too fast, you should check for an imbalance blade, bad capacitor, and faulty remote controller. The issue can be a result of any. You can tackle this problem on your own but you can contact a professional if you need help.

How To Clean Ceiling Fan Without Ladder

What Size Ceiling Fan For A 20x20 Room? [Options Explored]

How To Discharge AC Capacitor [And Should You?]

How Old Is My Carrier Air Conditioner