Fuses help prevent overheating of the wires in your electrical outlet. When a fuse for a vital component blows, it can ruin your entire day. You can fix a damaged fuse in some creative ways. If you're unsure whether you can bypass a fuse, our investigation led us to these findings.

Bypassing a fuse is neither a recommended long-term fix nor a short-term remedy. Fuses are crucial safety components, and bypassing one could cause the electrical wire to heat up and catch fire, causing much more financial damage than a new fuse would.

Do not bypass a fuse under ANY circumstances.

Always swap out blown fuses for new ones with the same current rating, gauge, or smaller based on the maximum cable size permitted by law.

It's also important to note that you shouldn't immediately remove a fuse because the device it's protecting isn't functioning. Check out the necessary fixes and possible reasons for a burnt fuse in the post below.

Can A Blown Fuse Be Bypassed? 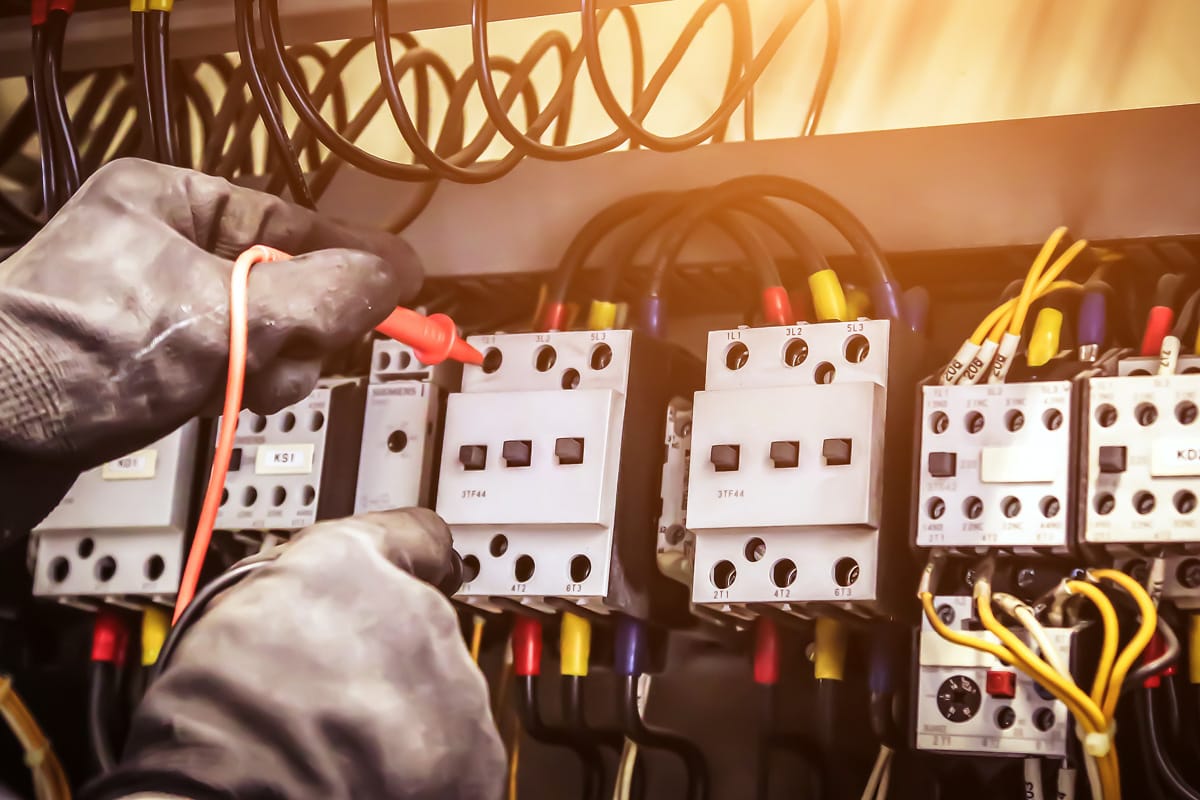 A fuse safeguards the fused load as well as the wiring from fires caused by overheating. You should avoid bypassing a fuse to prevent yourself from danger.

To remove your blown fuse, use the steps listed below.

Appliances in the area of your house without power should be unplugged. This method will prevent the replacement fuse from becoming overloaded.

Cut Off The Power

Switch off the primary power source. It will keep you safe by cutting off power to the fuse box.

In the fuse box, check for a broken or melted metal component or a fuse that is discolored or foggy. You can look at the labeling on the circuit box for further instructions.

Unscrew and remove the damaged fuse while the main power is still off. You can only replace a fuse with another of the same size, rating, amperage, and type.

Check out these 20-Amp standard blade fuses (20 pieces) for cars and trucks on Amazon.

What Causes A Fuse To Blow? 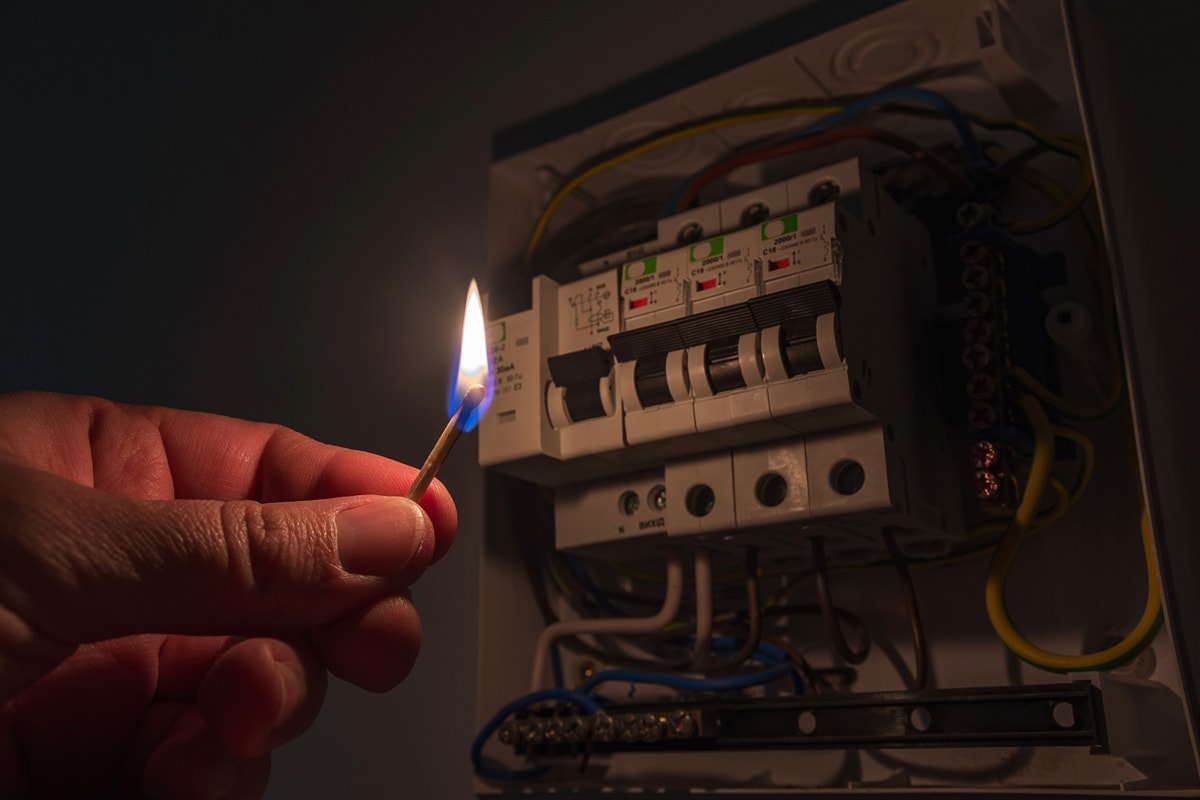 A fuse is an element of electrical safety found in the fuse box. When an electrical issue occurs, it instantly shuts off power to a circuit to stop additional harm. Listed below are a few causes of fuses blowing:

A circuit will be overloaded if it carries a heavier electrical load than its capacity. A connection becomes overloaded when using too many devices or turning on too many lights.

One appliance alone can blow the fuse box even if its wiring is flawed or connected loosely. Then, repair any broken appliances right away.

A short circuit occurs when electrical current-carrying wires or any other current-carrying component come into contact with one another. Faulty connection shows burn marks or melted metal on wires, burning scents, or flickering lights.

How Can You Replace A Blown Fuse? 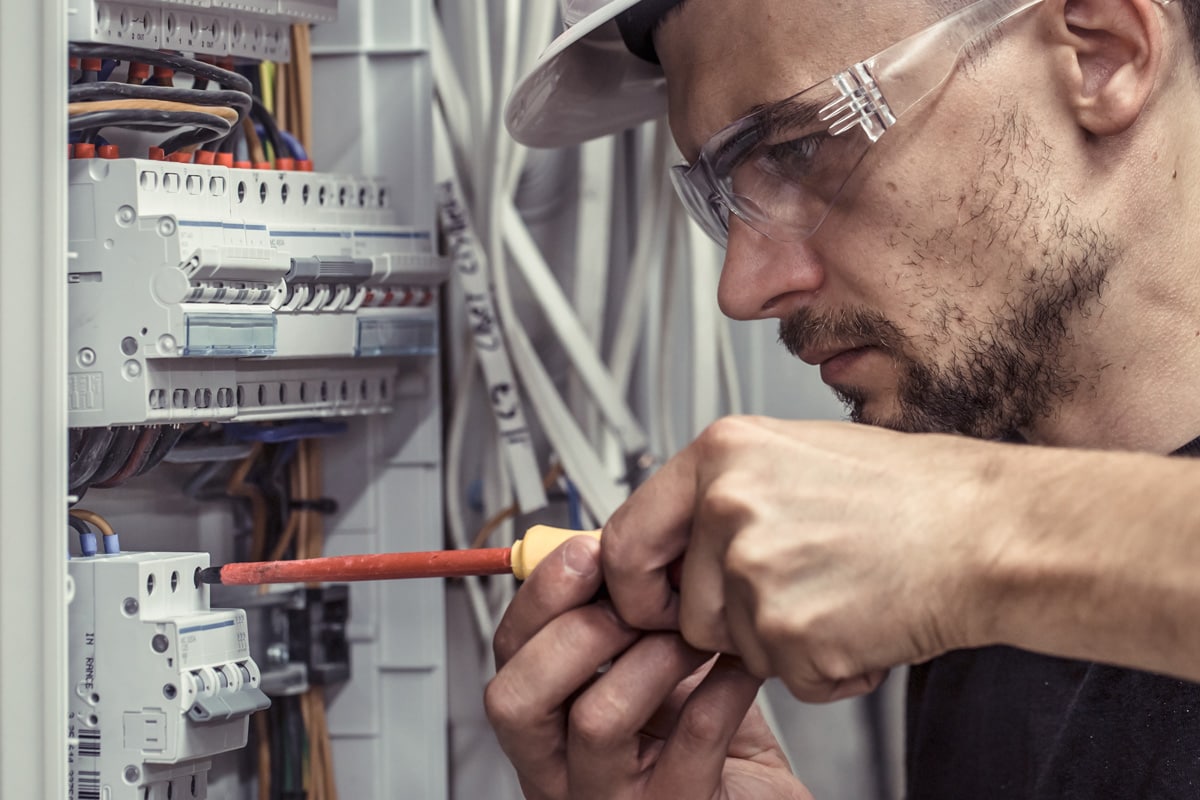 A blown fuse signals that a flaw has developed, urging you to find and fix it to prevent serious damage. Check and replace the externally accessible fuse that is found on much electrical equipment next to the power cord by following these instructions:

Know The Amperage And Voltage Rating

Never swap out a fuse for foil or another object; always replace it with one of the same types. Fires and electrocution may result from this.

Recognize The Type Of A Blown Fuse

In contrast to slow-blow fuses, which often have thicker, coiled wire, fast-blow fuses typically have a thin wire.

Before taking out a fuse, always turn off the electricity to the damaged equipment. When working with electrical connections, use caution because serious harm could occur.

Take The Fuse Out

Take the fuse out of the holder. Unscrew the fuse holder cap using a tiny screwdriver. Examine the fuse wire. Replace the fuse if there is a clear gap in the wire.

Check out this multi-purpose, 11-in-1 multi-bit screwdriver/nut driver on Amazon. 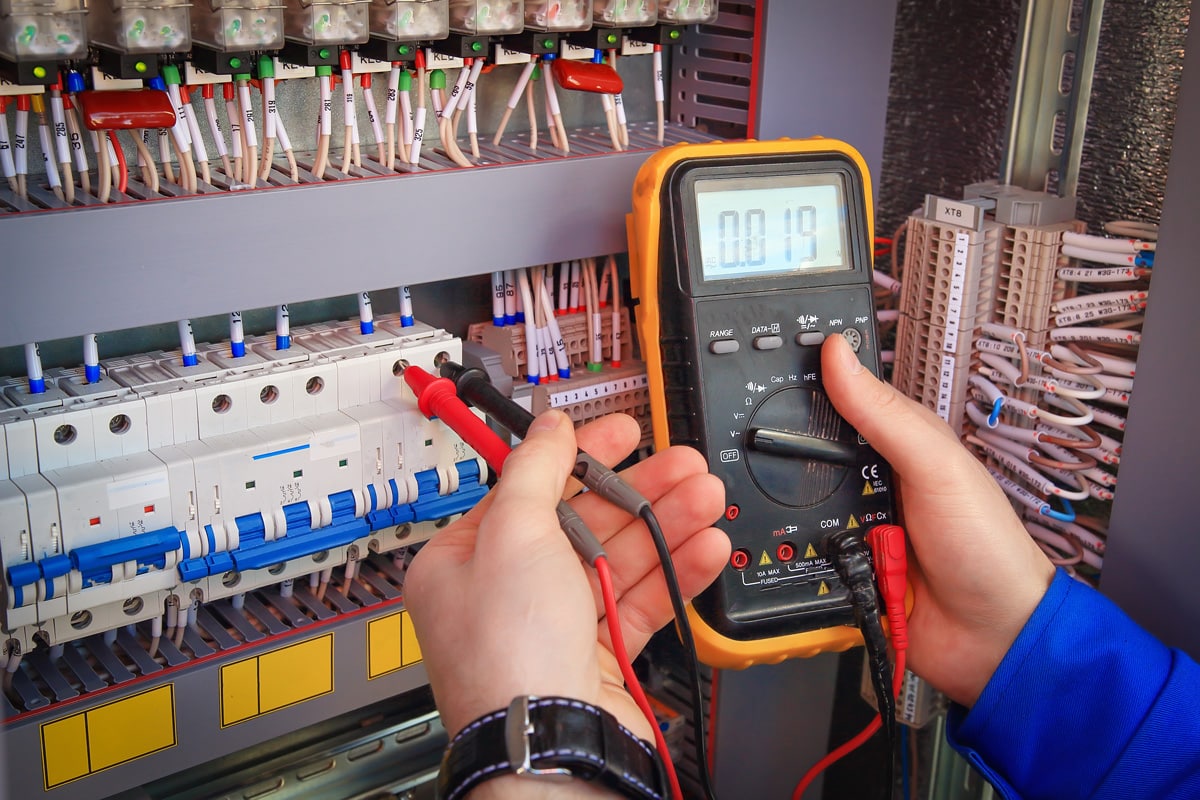 Set the resistance on a multimeter and place the lead on the fuse's end. A higher value denotes a fuse that has been damaged or degraded. An over-limit signal indicates a damaged fuse.

Check out this AC/DC voltage, resistance, continuity, and diode measurement digital multimeter with a case on Amazon.

Put a brand-new fuse in its place if the old one has blown. You should also take note of the fuse's size and if it blows quickly or slowly. You must refer to the device's instruction manual if the fuse or other equipment does not have markings.

What Benefits Can A Fuse Have In An Electrical Circuit?

Below are some advantages of utilizing a fuse:

What Are The Different Kinds Of Fuses?

Primarily, a fuse protects the circuit from an excessive current flow. However, fuse come in different designs and properties. To learn more about the various fuses, see below. 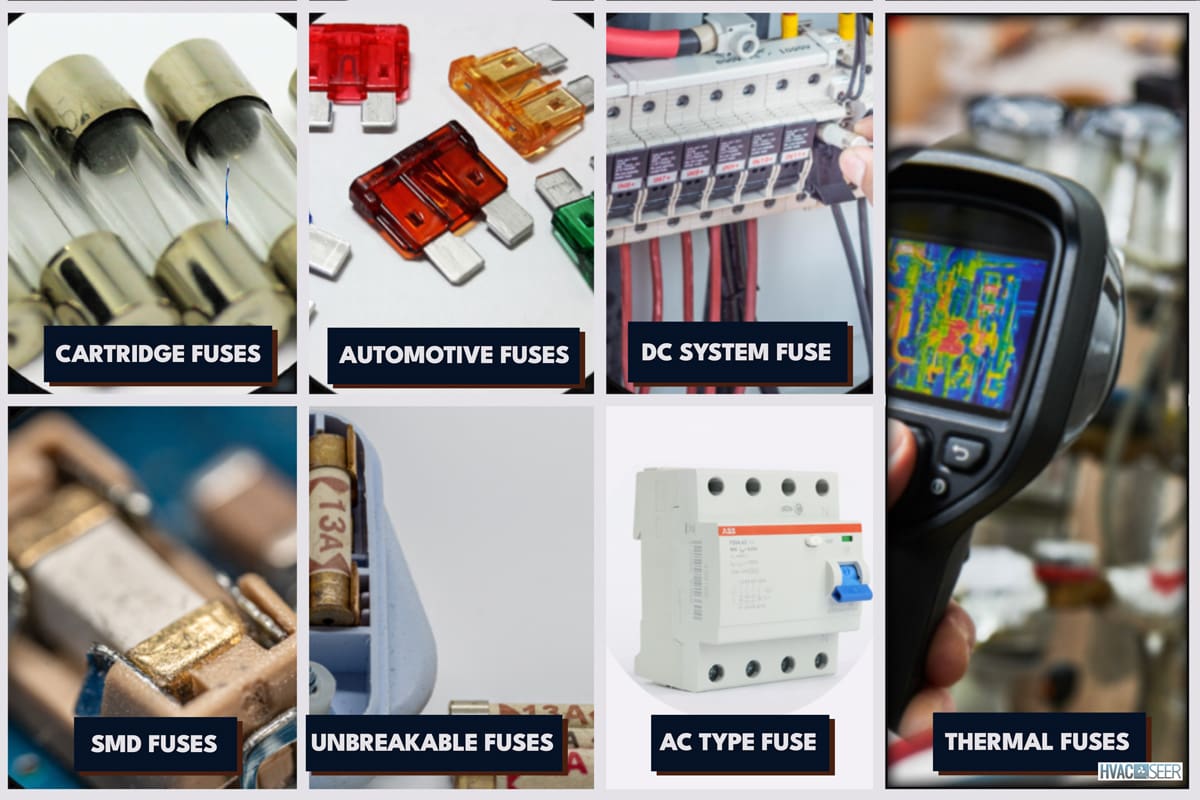 In a DC system, an arc forms when a metallic wire melts due to the heat created by an overcurrent, and because of the DC constant value, it is exceedingly challenging to put out the arc.

Therefore, DC fuses are slightly larger than AC fuses to increase the distance between the electrodes and reduce fuse arcing.

Check out these fuse blocks for ST blade ATO/ATC on Amazon.

In contrast to DC, an arc can readily be extinguished in an AC system since the voltage's amplitude fluctuates from zero to 60 times per second. AC fuses are a little bit smaller compared to DC fuses.

Chip-type fuses or electronic fuses are known as SMD [Surface Mount Devices]. Use SMD fuses in DC power applications like hard drives, DVD players, cameras, mobile phones, and other devices where space is at a premium because they are so tiny and challenging to replace.

Check out these 30-Amp cartridge fuses in 2-packs for pull-out fuse blocks on Amazon.

The automotive fuse protects automobile wiring and electrical equipment. Fuse boxes, also known as integrated power modules (IPMs), are frequently found under the dash or on one side of the engine compartment.

Check out this blade-type automotive fuses - standard and mini-size replacement fuses kit for cars on Amazon.

The positive temperature coefficient is where the name "PTC fuse" originates. A resettable fuse has material whose resistance increases with heating.

PTC fuses have low resistance when functioning normally, yet an overcurrent condition causes the temperature to rise above the trip threshold; the resistance increases to a level that will limit the current to safe levels.

Check out this replacement dryer thermal fuse for Whirlpool and Kenmore with precise fit DR grade parts on Amazon.

Bypassing a fuse is not advisable, either for long-term or emergency fixes. Because fuses are the safety components, using a haphazard device is discouraged.

Without the fuse, the electrical cable could catch fire, resulting in significantly higher monetary loss.

Replace blown fuses with new ones with the same current rating, gauge, or smaller based on the maximum cable size allowed by law.

To learn more about fuses, visit the following related posts:

Carrier Furnace Fuse Keeps Blowing – Why And What To Do?

Does Adding C Wire To Thermostat Blow The Fuse?

Honeywell Air Purifier Burning Smell – What Could Be Wrong?

Water Leaking Around Radon Pipe – Why And What To Do?

How To Vent A Mr. Buddy Heater

How Many Tons Is My Carrier AC Unit?

RadonSeal Vs Drylok: Which To Choose?