To properly install a vapor barrier into your basement's concrete floor, follow the steps below:

Installing a vapor barrier is a bit challenging and requires not the usual tools you can find at home. Attention to detail is key, so we'll take a closer look at each step. Along the way, we'll also discuss the frequently asked questions related to the topic. 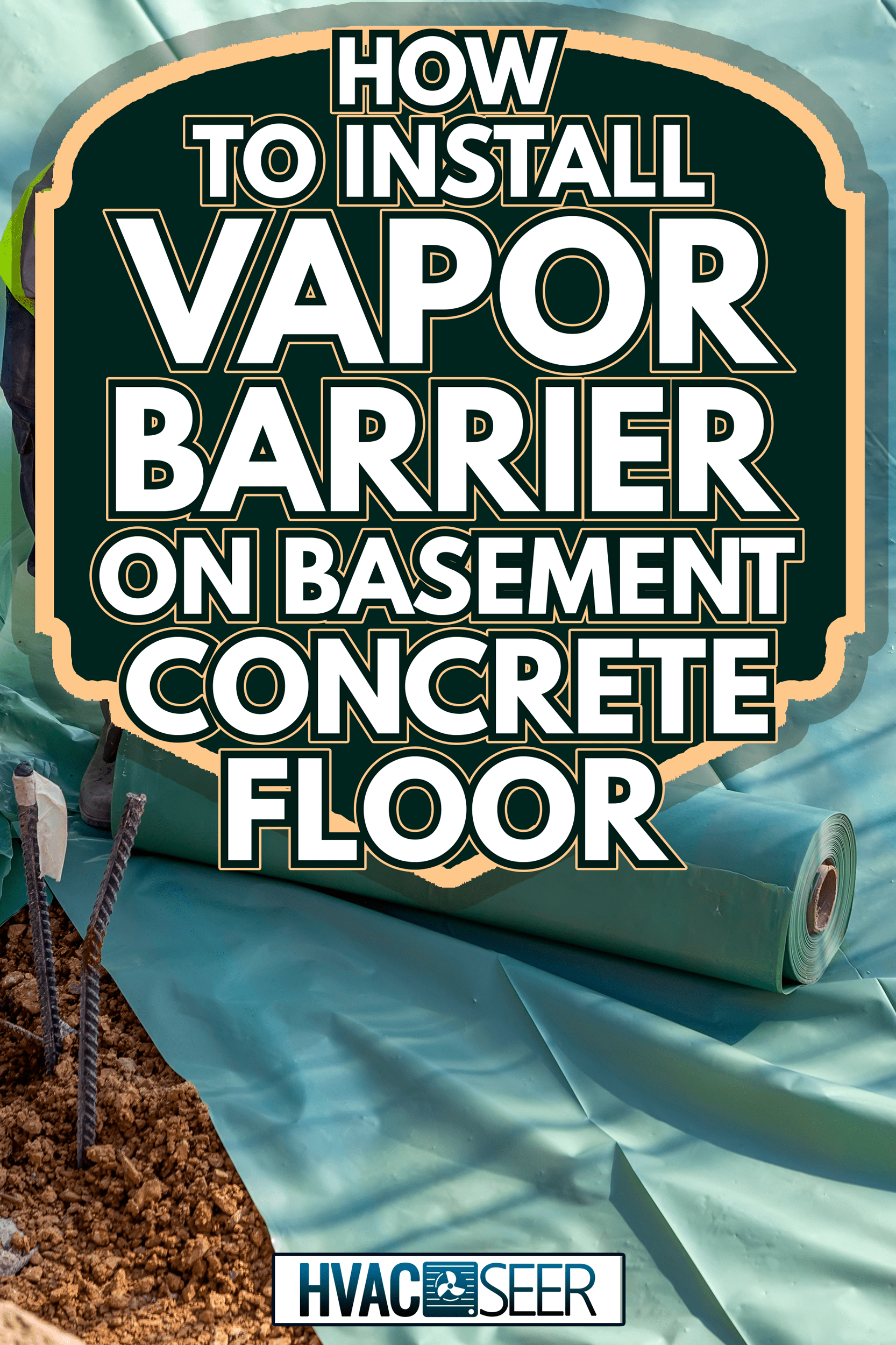 Steps to install a vapor barrier on basement concrete floor 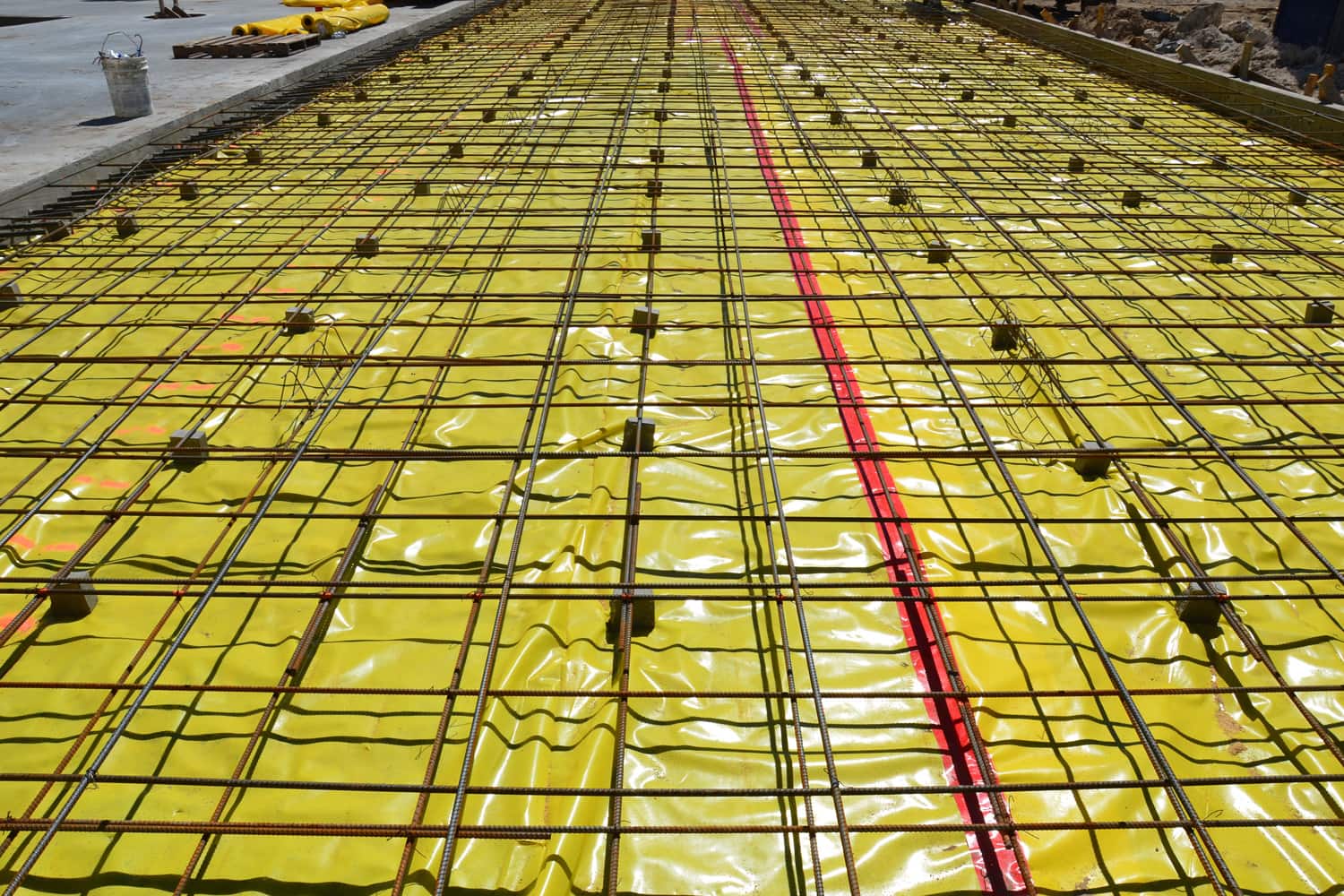 Given the different climates of the U.S., a well-installed vapor barrier—or the more accurate term—vapor retarder, is very important to protect your home.

These help ensure that your house will not experience structural problems from unwanted moister. At the same time, they also reduce the risk of potential health problems due to molds, mildew, and soil contaminants over time.

Efficient moisture control in your basement is one of the best ways of maintaining your house and preserving energy. So, in this article, we've provided a detailed procedure on how to properly install a vapor barrier to adequately retard moisture from seeping through your concrete floor.

The measuring unit used to gauge the ability of the material in slowing down the diffusion of water vapor is called permeability or "perms".

According to the International Residential Code (IRC), there are three classes of vapor retarders that have different permeability: Class I, Class II, and Class III.

Class I is considered the class with the very low permeability vapor retarders, with a perm rating of 0.1 or less. This doesn't allow any moisture to get through. This class includes polyethylene sheets, nonperforated aluminum foil, glass, sheet metal, and rubber membranes.

Class II has a low permeability rating which is greater than 0.1 and less than or equal to 1.0. This is considered semi-permeable since they allow some fluid to get through.

Class III has a permeability rating that is greater than 1.0 and less than or equal to 10.0. These offer the least protection against moisture.

As per IRC's requirement, a minimum of 6-mil or 0.06 perms vapor barrier must be placed between the base course/subgrade and the concrete floor slab. This means that only the Class I vapor barriers meet this requirement.

However, a higher perm rating will work for other projects. A minimum of 10-mil works well as a vapor barrier, especially for the basement.

Check out this Poly Sheet vapor barrier on Amazon

Step 2. Remove any debris and dirt

Take note that one way of ensuring a quality vapor barrier installation is to make sure that the floor and walls are free from any dirt and debris.

Remove any foreign debris and make sure to compact the base to help lessen any sharp or irregular components that could damage the vapor barrier material during the installation. 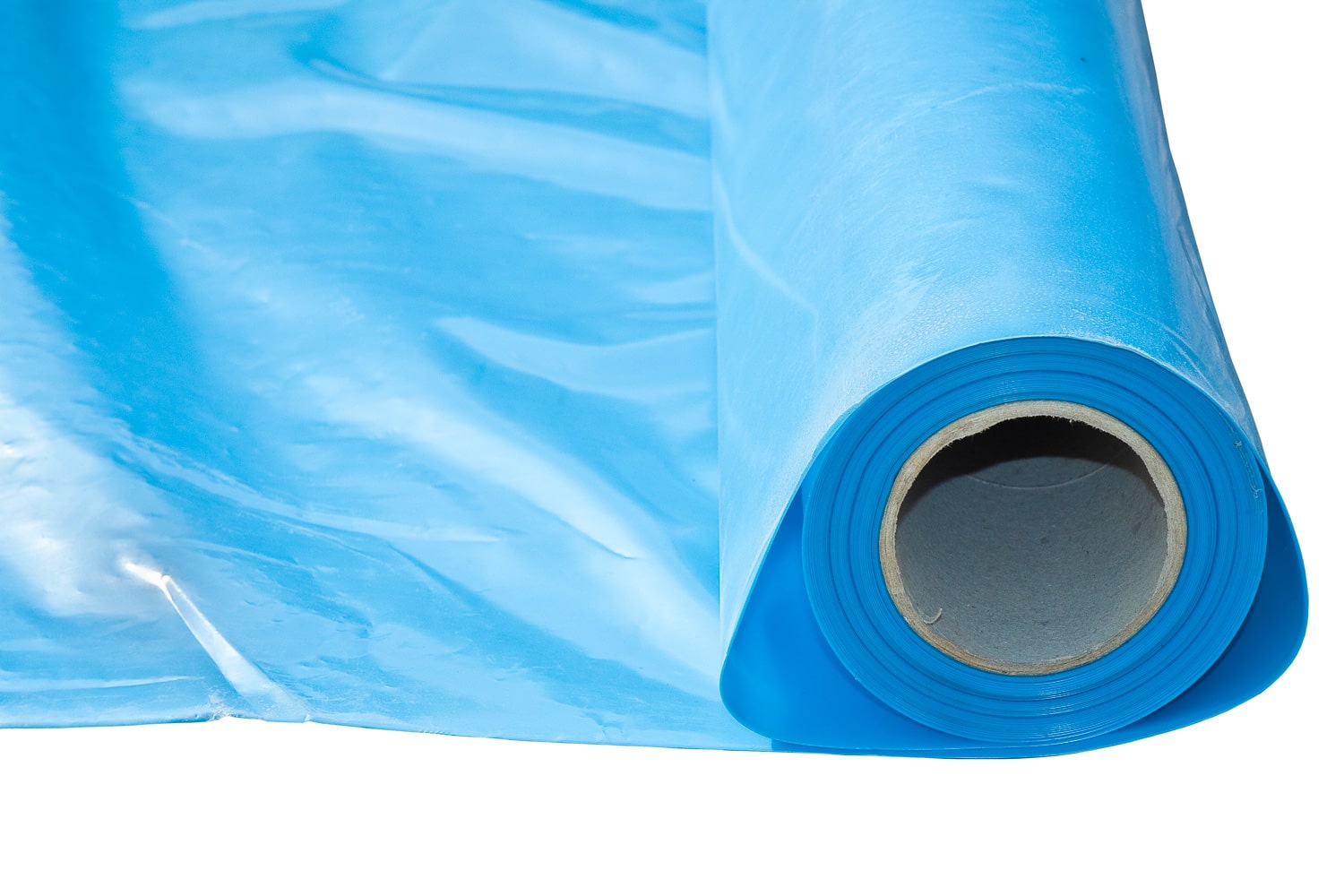 Once you've already chosen a vapor barrier material, carefully lay it over the area where the slab is to be placed. It should completely cover the placement area.

Make sure to follow the requirement set by the IRC that all joints and seams must overlap each other at least six inches.

To cut the vapor barrier according to your preferred size, simply use a cutter. Also, make sure to set an allowance for any possible pipe penetrations.

Step 4. Apply adhesives on the side edges

As some experts would suggest, it is always better to seal the vapor barrier at the perimeter edges first than on its seams using a smaller perimeter strip.

This is because it can reduce a lot of pressure and weight at the edges and can prevent gaps or spaces on the wall that can cause a "tenting" effect due to stretching/reaching after laying out hundreds of feet of material to cover the last few inches.

You can either use a mastic-type sealant or a double-sided construction tape as an adhesive. As much as possible, apply the adhesive as close to the terminating edge while, at the same time, keeping it entirely on the vapor barrier material.

Check out this mastic-type sealant on Amazon

Step 5. Seal the vapor barrier to the wall

Always remember to clean the area of adhesion first to ensure that it is free from any dust, dirt, moisture, and frost⁠—allowing maximum adhesion. Also, don't forget to seal around all blackouts and pipe penetrations using the vapor barrier seam tape.

The last step that you need to do is to go around and check for any damaged or missed areas.

If there are extra vapor barrier materials that could be used as patches to fix those spots, then you can use them to cover those areas and seal them using seam tape.

For reference, you may check the video below:

Where should vapor barriers be installed?

If you're in an area where the climate is cold during the winter season, vapor barriers should be installed on the internal side of the wall near the warm interior space, or in the warm part during winter.

In areas where air-conditioning units are extensively used, a vapor barrier, if required, should be installed on the outer side of the wall.

When should you not use a vapor barrier? 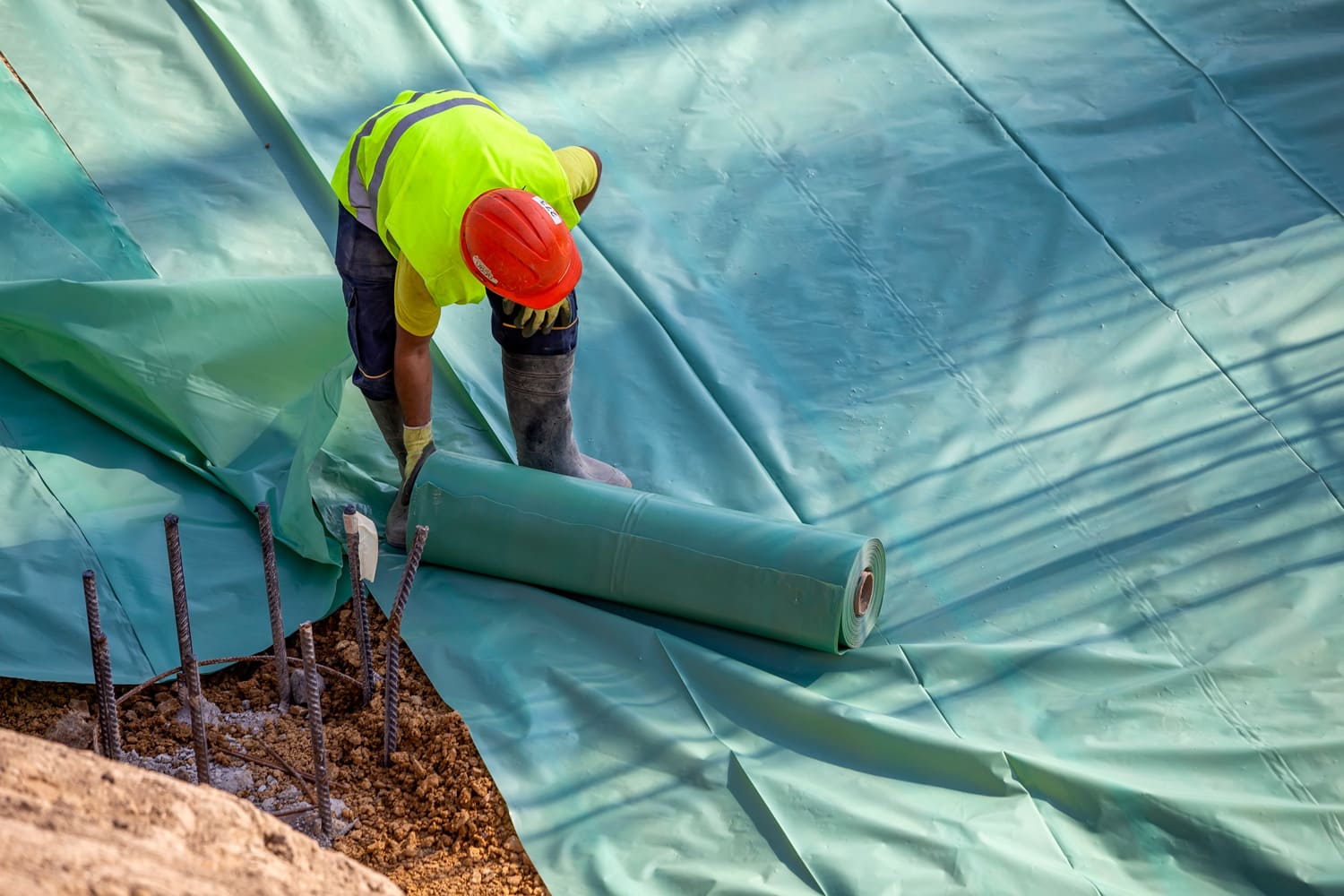 The International Residential Code (IRC) classified North America into eight climate areas. You can use these to determine when a vapor barrier might be needed when building a structure.

When should you not use a vapor barrier?

When building in hot, humid climates like zone one, two, three, and four, vapor barriers are neither required nor prohibited.

The North American Insulation Manufacturers Association (NAIMA) recommended the use of Class II or II vapor barriers in warmer climate zones if you choose to install one. 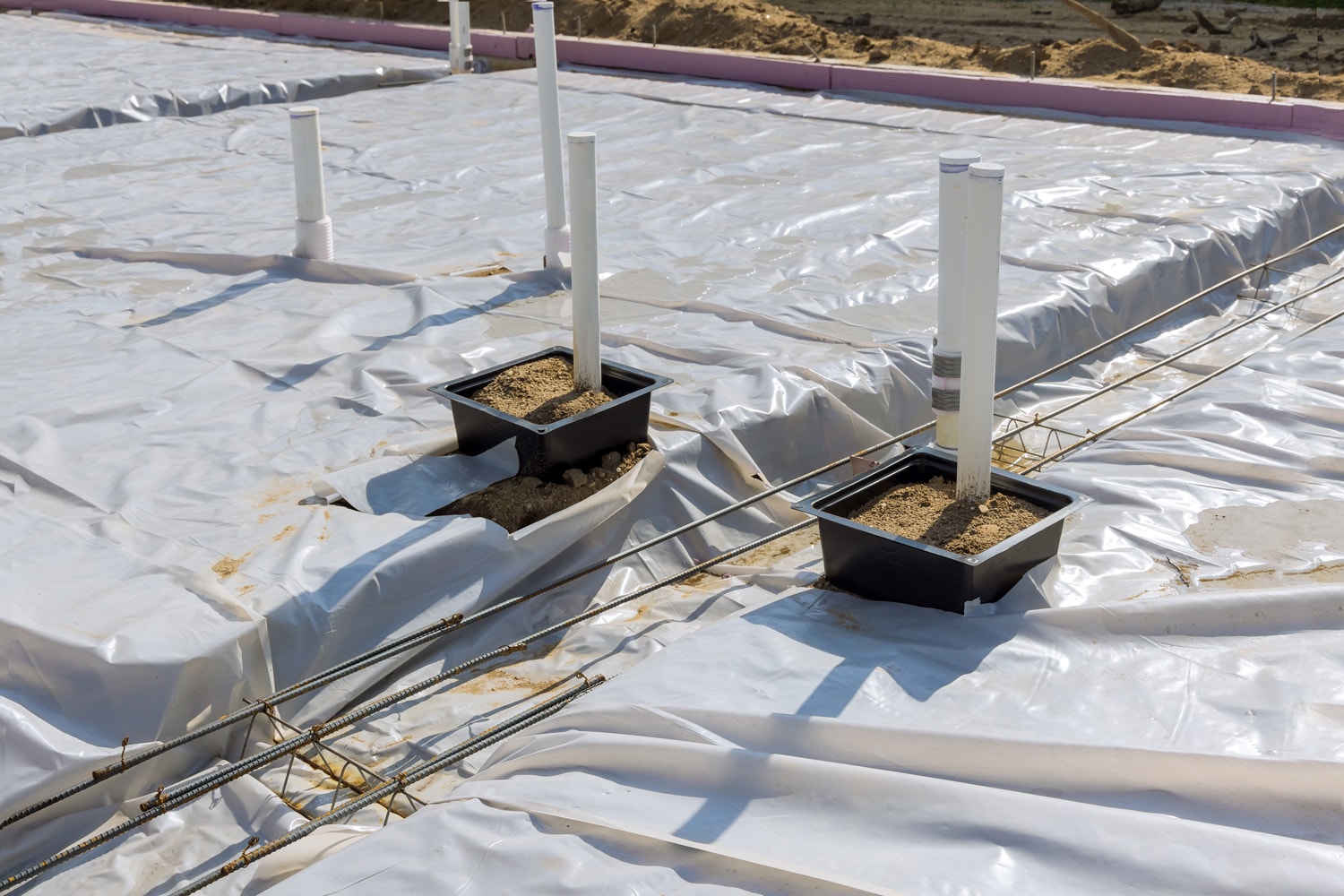 Installing a vapor barrier is a bit challenging but can still be possibly done if the steps are done correctly.

If you wish to know more about vapor barriers, you may check out these interesting posts before you go:

How to Check AC Temperature Differential

How To Insulate Finished Garage Walls

How Thick Should Foam Insulation Be In A Basement?

Do I Need A Regulator For My Propane Torch?

What Color Should A Kerosene Heater Flame Be? [& Troubleshooting If It Is Different Than It Should Be]