The compressor plays a large role and is considered one of the most important components of an HAVC system. And the most commonly known compressor types are the scroll type and the reciprocating type. So we researched what type best suits your needs, and here is what we discovered.

You should go for a scroll-type compressor if you want something that produces minimal noise and vibration, is energy efficient, and is less susceptible to mechanical failure. These types are also the most widely used in residential HVAC systems.

But if you want a compressor that produces high-pressure gas and is highly efficient, then you should go for the reciprocating type. This type is frequently used in chemical plants, gas pipelines, natural gas processing facilities, and oil refineries.

To help you decide which compressor type suits you best, we'll present the pros and cons of each. Additionally, to understand them better, we'll also discuss how these compressors work, their characteristics, and their types. So keep reading!

What Is A Scroll Compressor And How Does It Work?

Unlike other compressors that use a piston to move up and down, a scroll compressor is a specially made compressor that moves in a circular motion.

A scroll compressor has two scrolls: one fixed scroll that stays stationary and one rotating scroll that rotates through a swing link.

This causes the volume of the gas to decrease as the pockets of refrigerant between the two scrolls are gradually forced to the center of the two scrolls. After that, it is discharged to the condenser through the middle port. 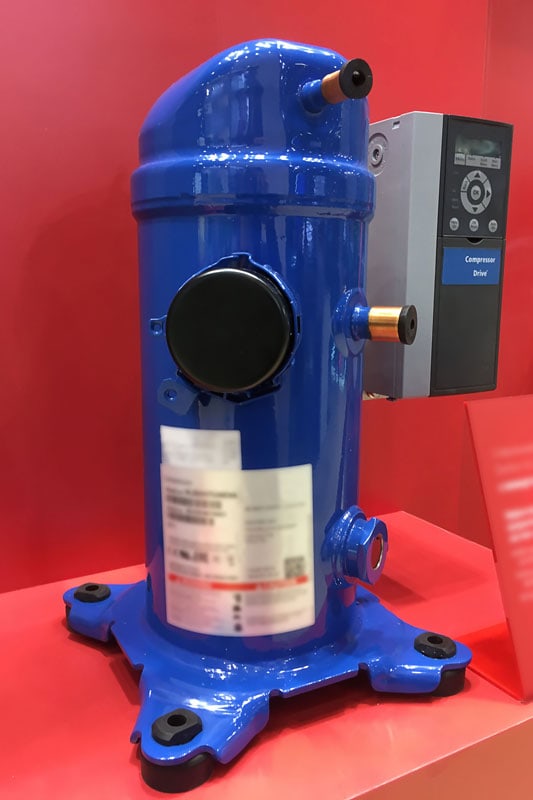 What's The Difference Between Dual-Stage, Single-Stage, And Variable-Speed Scroll Compressors?

In this section, we will talk about the difference between these three categories of scroll compressors.

Scroll compressors with two stages work at two different speeds (high and low). As a result, they can better tailor their cooling output to thermal demands.

A dual-stage compressor can operate at a reduced speed, which increases its ability to remove moisture. However, when necessary, the compressor can convert to full power, maintaining more constant temperatures while consuming less energy.

The simplest and most affordable forms of scroll compressors are single-stage models since they only have one speed.

In essence, a single-stage compressor always runs at full capacity. The compressor entirely shuts off when the temperature inside the refrigerator reaches the set point.

The effect is that the compressor frequently turns on and off throughout the day. Frequent on/off cycles cause uneven temperatures and more wear and tear on system components in addition to increasing energy usage.

These types run constantly and can adjust their operation up and down to accommodate varying thermal loads thanks to their various speed levels. Modern variable-speed compressors can alter speeds in steps as tiny as 1/10 of 1% and offer up to 750 different operating speeds.

A variable-speed compressor can also improve the effectiveness of the overall refrigeration system because it doesn't repeatedly turn on and off.

Continuous operation may result in significantly increased energy consumption in systems that use single- or dual-stage compressors. This is because variable-speed compressors have a higher part load efficiency than these two compression types.

What Are The Pros And Cons Of Scroll Compressors?

If you're curious about the advantages and disadvantages of these compressor types, here are some of them:

What Is A Reciprocating Compressor And How Does It Work?

This is one of the most used types of compressors, and it compresses gas through the reciprocating motion of a piston. It manages low-mass but high-pressure ratios of gases.

The process of reciprocating compression involves taking a significant amount of gas from the suction line, compressing it using the piston's reciprocating motion, which is powered by the crankshaft, and then releasing the compressed gas into the discharge line.

A piston, inlet-outlet valves, a cylinder with appropriate cooling, a connecting rod, and a crank make up this component. To prevent gas leakage, the pistons are equipped with piston rings.

Both valves are made to operate quickly and without leaks. Through the connecting rod, the piston is attached to the crankshaft. The crankshaft is driven by a prime mover, which is an engine or motor connected to a connecting road. This configuration converts the engine's spin into a piston's reciprocating action.

What Are The Pros And Cons Of Reciprocating Compressors? 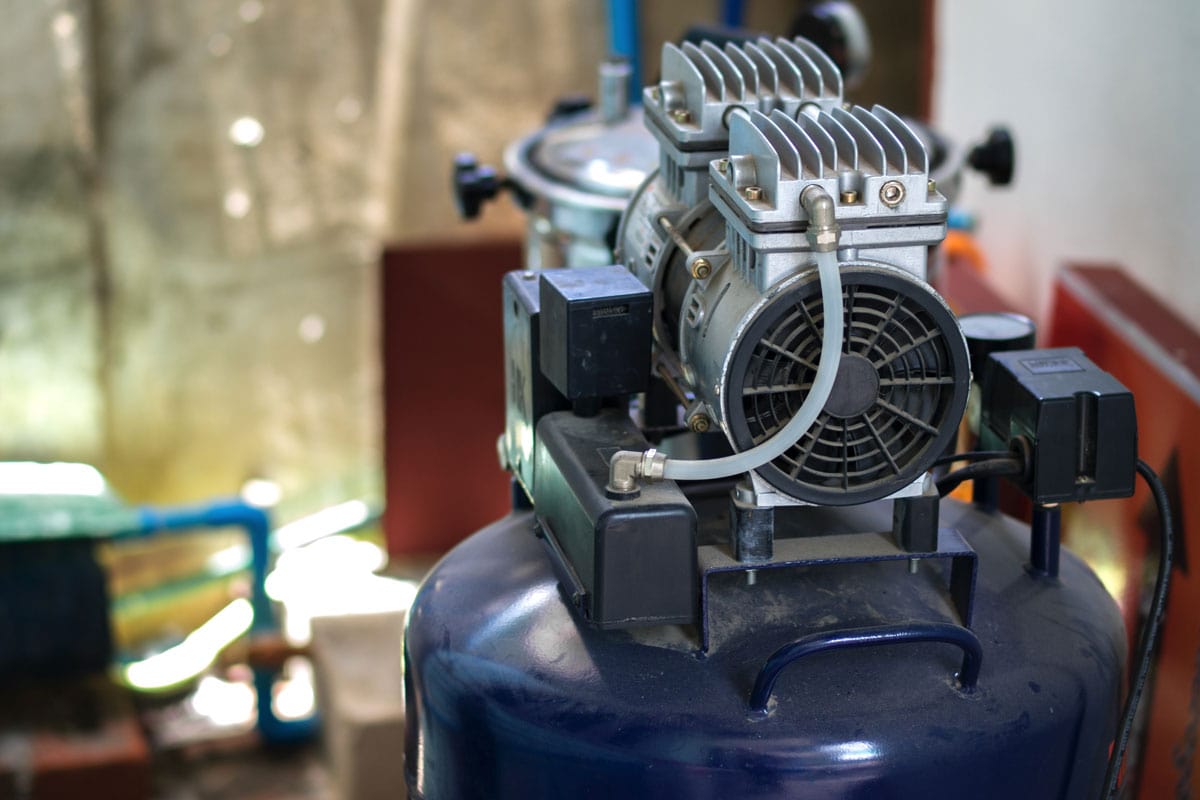 Here are some of the benefits and drawbacks of these types of compressors.

Scroll Vs. Reciprocating Compressors—Which Is Better?

The findings of a study conducted at Purdue University demonstrate that, in most cases, the cooling capacities and COPs of the scroll compressor are on par with or higher than those of the reciprocating compressor.

Additionally, several tests were run to examine how both compressor types performed at various charge levels. In terms of cooling capacity and COP in relation to system charge level, the reciprocating and scroll compressors exhibit similar characteristics.

The scroll's cooling capacity degrades less quickly after overcharging than the reciprocating does, but this is counterbalanced by the scroll's higher power consumption in an overcharged state, so the COP variance is comparable. 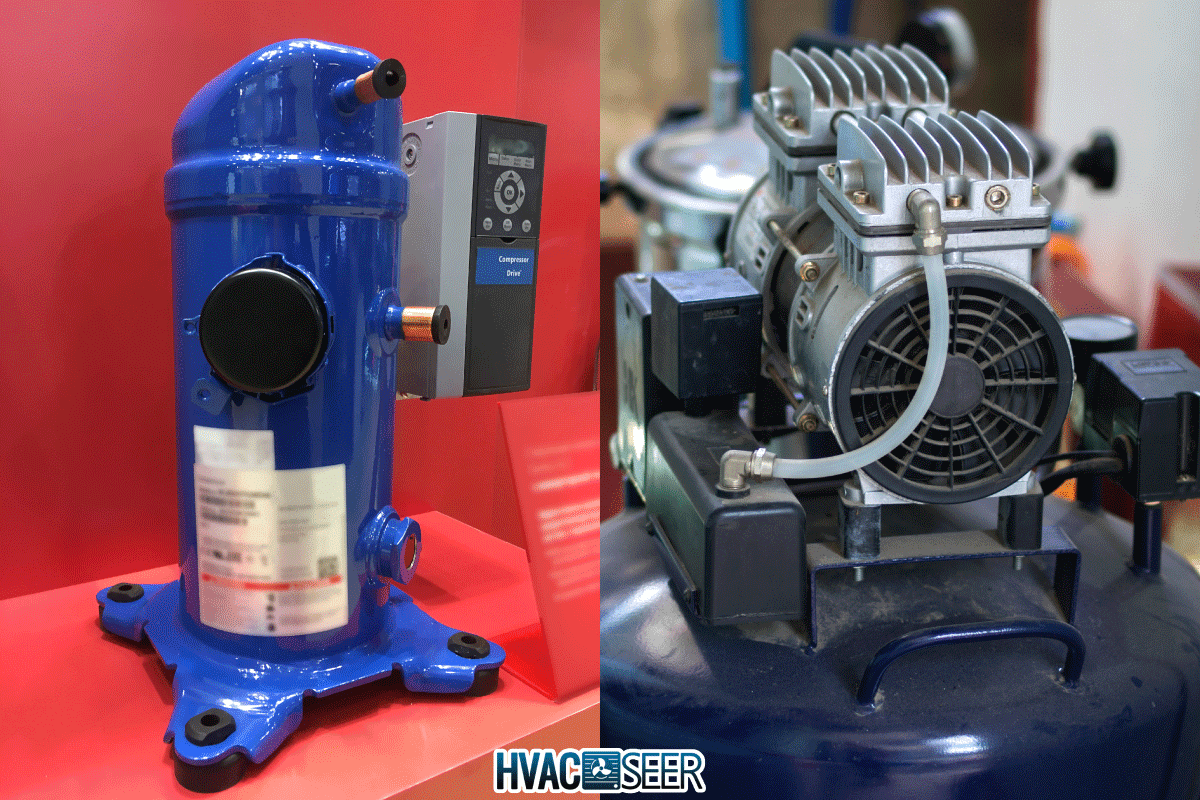 Before leaving, you can check out these other articles on this page:

Heat Pump Compressor Not Turning On - What To Do?

Coleman AC Compressor Won't Kick On - Why And What To Do?

9 Types Of Humidifiers And Dehumidifiers

AC Vs DC Air Conditioner: Which To Choose?

Best Insulation For Ceiling Under Roof

How To Insulate An Existing Flat Roof