Installing a ceiling fan is relatively undemanding. Whether the space above is accessible from the attic or not, it is still achievable. In this post, you will find out if you can mount a ceiling fan directly to a joist since we have already thoroughly researched the internet to find the answer for you.

Yes, you can mount your ceiling fan directly to a joist. We'll give you the process of installing it properly, and we will place it (for example) on the old light fixture attached directly to the joist. To start, you have to:

In this discussion, we will explain to you in detail the steps to properly mount your ceiling fan on the joist. And we will delve into some more information, so please keep reading until the end of this post. 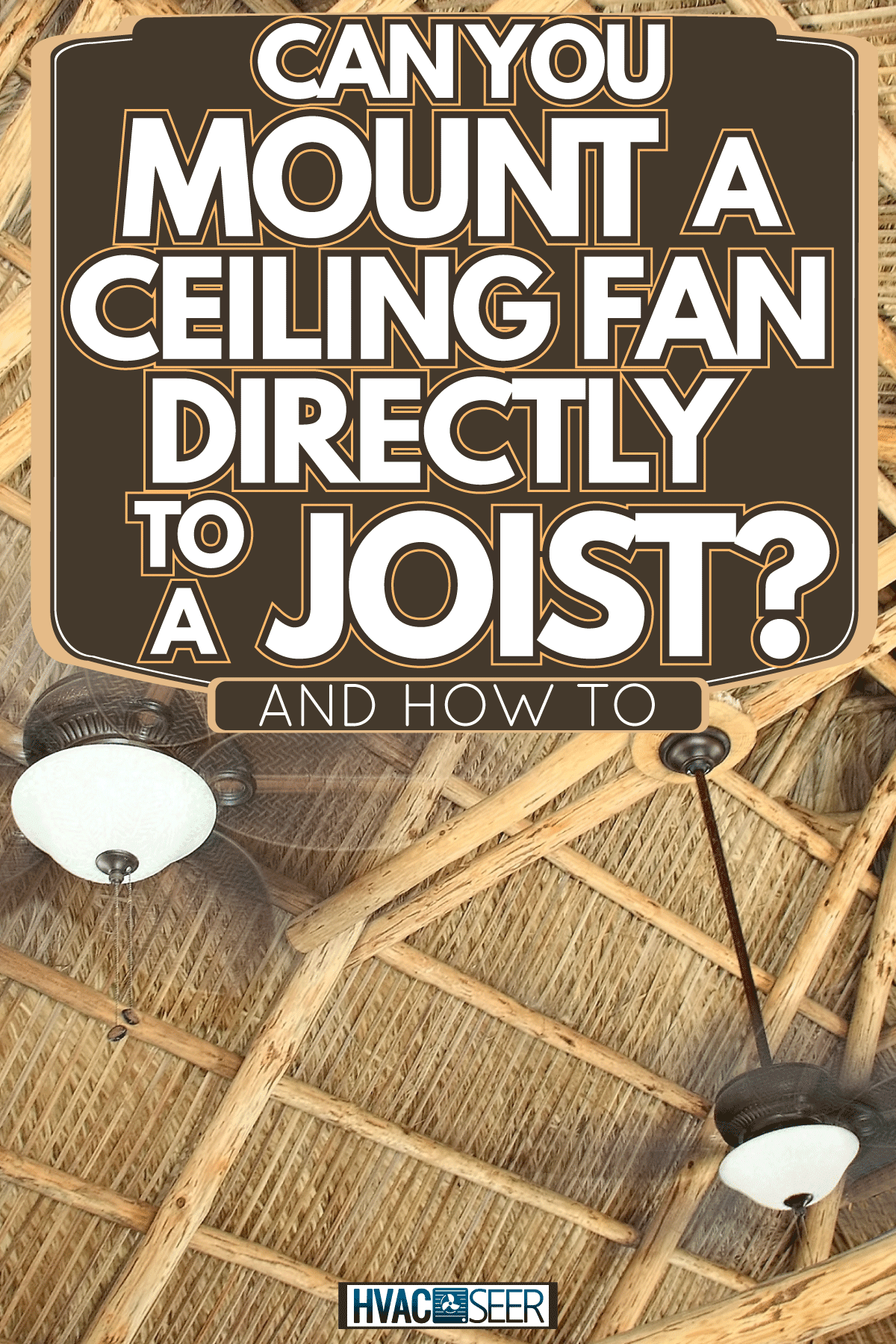 How To Mount A Fan Directly To A Joist?

A ceiling fan is straightforward to install, mainly if there is an available space above, accessible from an attic. Even if there isn't, though, it will still be achievable. In these guidelines, we'll teach you how to mount a ceiling fan by replacing the existing light fixture. 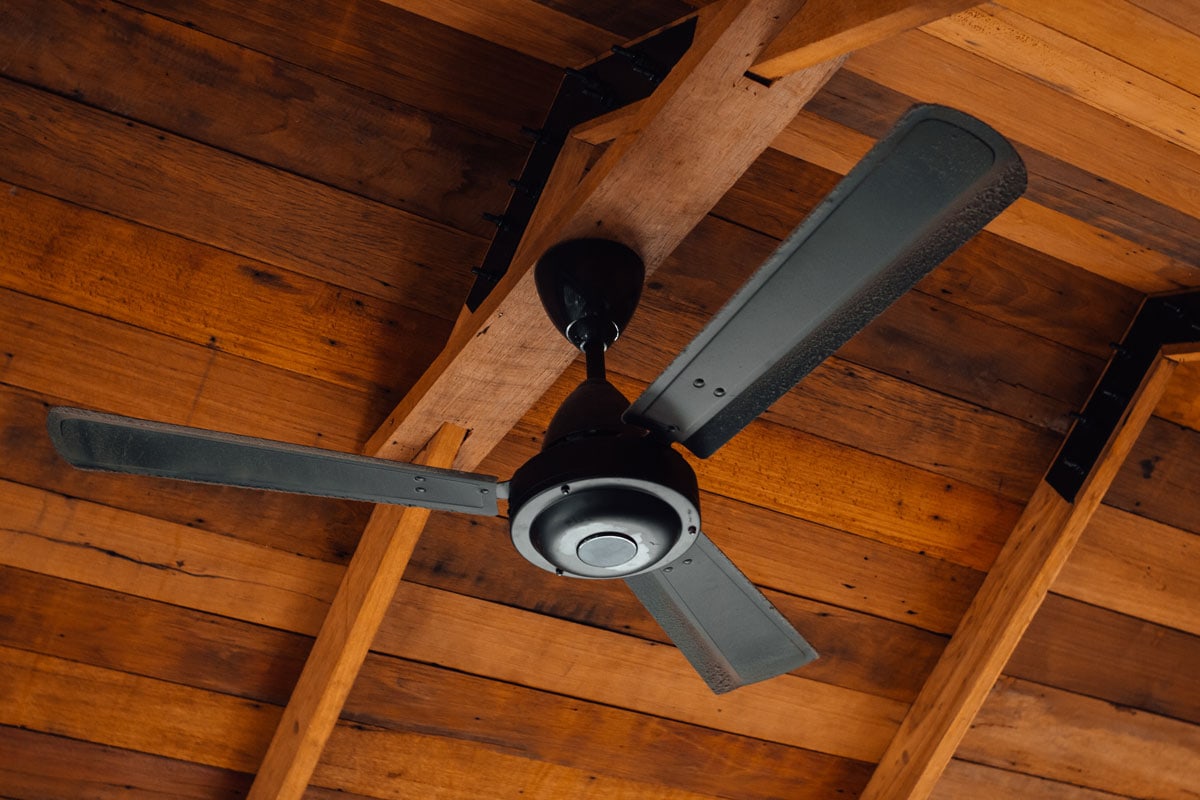 The benefit of this method is that it eliminates the need for new wiring. Because we will be connecting the ceiling fan wires to the current cables of the light fixture that we will remove. 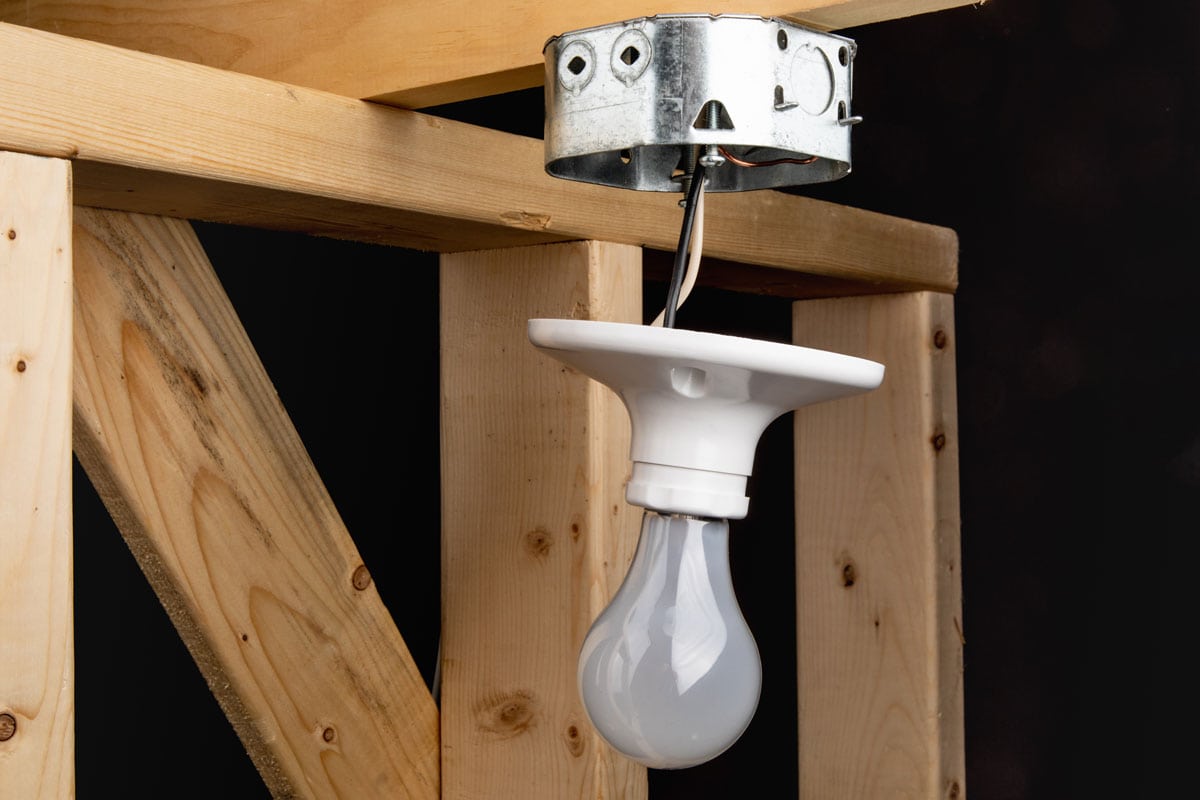 Read more about: "How To Install A Ceiling Fan Without Existing Wiring."

While the ceiling fan is easy to install, you must know that this project applies the following:

And before anything else, please prepare the following tools:

1. Unfasten the existing light fixture from the joist

2. Remove the electrical box and cut a hole

Check this drywall saw on Amazon. 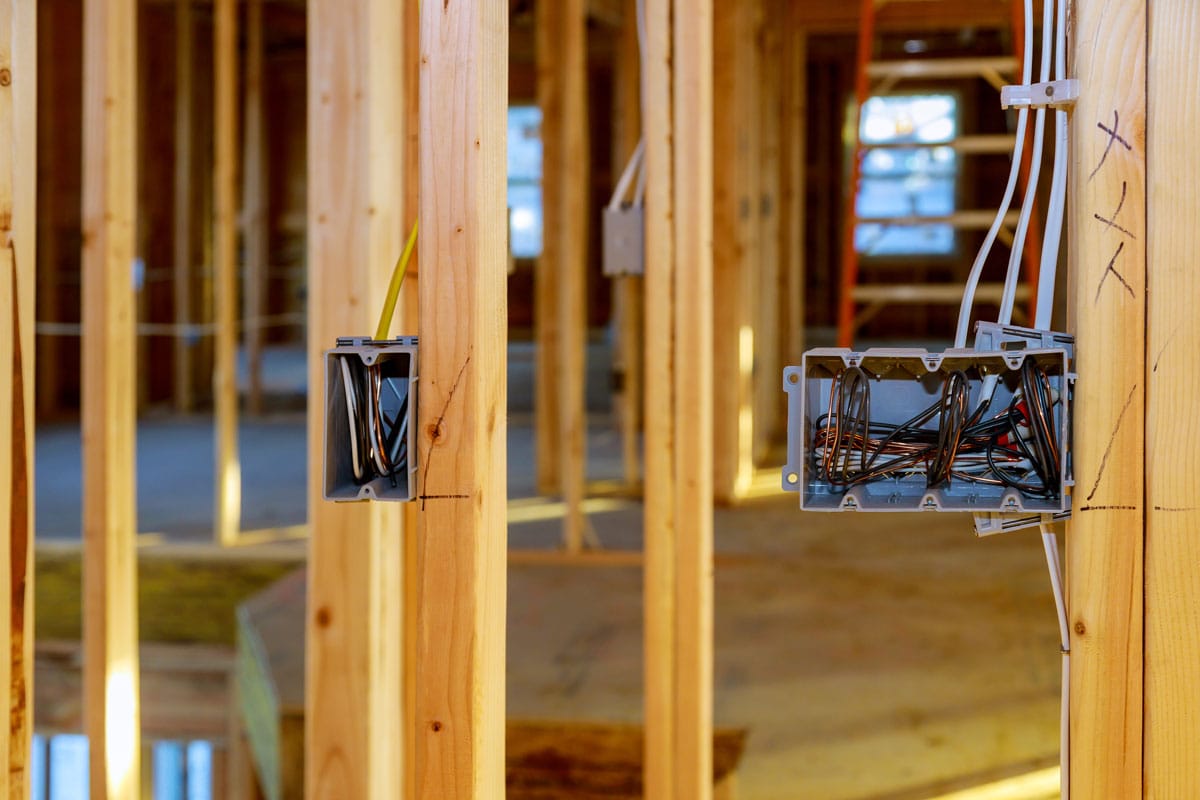 4. Glue the ceiling medallion in place

Check this polyurethane caulk on Amazon.

6. Assemble the parts of the fan

Check out this adjustable wrench on Amazon.

8. Assemble the lights and fan blades

How To Oil/Lubricate A Ceiling Fan? 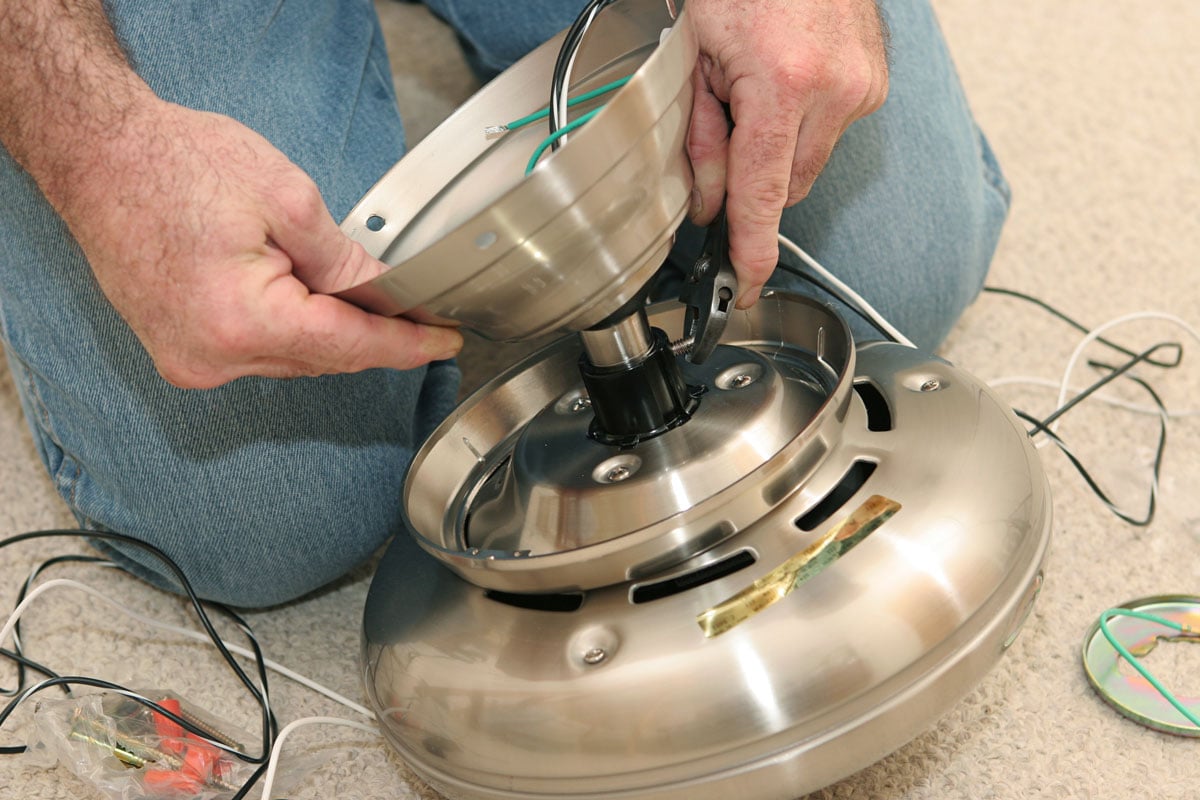 All appliances that have electric motors always require proper and adequate lubrication. The primary purpose of lubrication is to produce a noise-free and smooth motor function. And that is what the ceiling fans need.

When the bearings of the ceiling fan are rubbing against each other, the friction will fray them down. Some ceiling fans need lubrication at least once a year, and some don't, especially the newer models. And that is because they already hold sealed bearings that don't demand lubrication.

If you have the latter and you are noticing that it is already noisy or has unsatisfactory performance, you will still need to dismantle the fan motor to oil it well.

What Type Of Oil Should I Use For The Ceiling Fan?

To lubricate your ceiling fan, you should utilize 10, 15, or 20-weight non-detergent motor oil. We highly advise avoiding detergent motor oils as much as possible because they can clog the bearings of your fan.

Also, it would be best if you will not depend on 3-in-1 oils or any penetrating oils. They can loosen or unfasten the stuck screws but can't lubricate the motor well.

The very first step would be turning the electricity off from the breaker. Doing so can avoid accidents like others turning the fan on while you are currently working on it, especially if a remote controls it.

How To Lubricate A Sealed Motor

If you try to lubricate a ceiling fan with sealed bearings or motor, anticipate that it will not be that simple. We suggest you should perform it as much as possible. However, if your fan is already noisy, it may be essential to do it.

The procedure includes removing the blades, removing the fan from the ceiling, and dismantling the entire fan motor. And since it is not that easy, or if you are not knowledgeable enough doing a DIY process in lubricating a sealed motor, you may want to consider calling a professional or taking it to a repair shop. 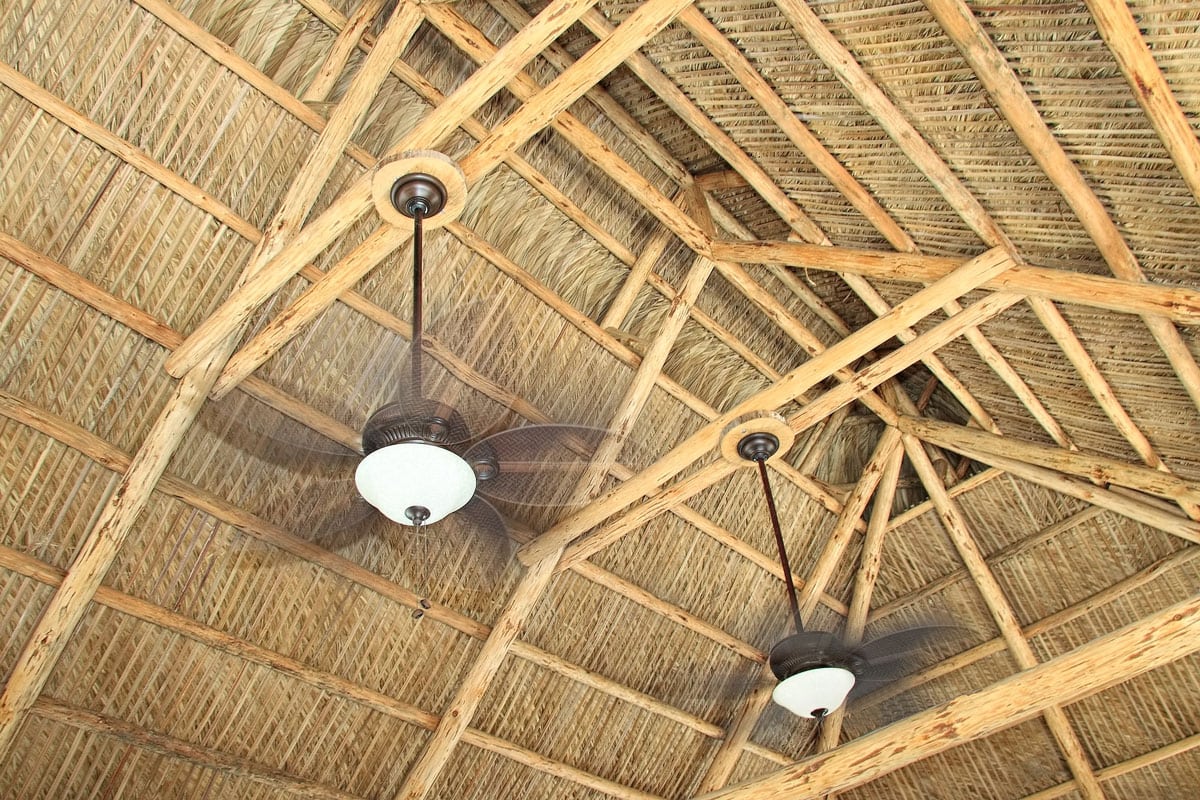 Performing a do-it-yourself project installing a ceiling fan to a joist is undemanding, especially if you have proper knowledge on how to execute it. But if you think you can't manage the installation process appropriately, it would be best to call for a repair professional.

You should know that improper installation may cause the fan to become unsafe due to unstable on the joist, possible falling, and faulty wires. So, if you let a professional do the installation, it gives a satisfactory result and, most importantly, peace of mind that it is a hundred percent safe.

For further reading about ceiling fans, check these out:

Should A Ceiling Fan Be Centered?

How Much Does A Ceiling Fan Weigh?

What Does Furnace Service Typically Include?

Furnace Pilot Light Won’t Stay Lit – What To Do?

How Much Does A HEPA Filter Cost?

Why Is My Air Conditioner Making Gurgling Noise?

Can You Use Mr Buddy Heater Indoors? [Inc. In A Camper]