Should you install a ceiling fan, or should you just turn up the air conditioning? What's the difference between a ceiling fan and a floor fan? If you're asking yourself these questions, then you've come to the right place. Installing a fan on your ceiling is no small decision, and you want to be informed before you make it. We've researched the benefits of ceiling fans for you.

Depending on the climate of where you are living, a ceiling fan may be the perfect solution to high temperatures and muggy air. Ceiling fans in bedrooms are useful because they:

While there are many benefits to having a ceiling fan, there are also some downfalls, including:

Are ceiling fans better than floor fans? Should ceiling fans be left on all the time? Does a ceiling fan use a lot of electricity? Keep reading to learn the answers to these questions and more. 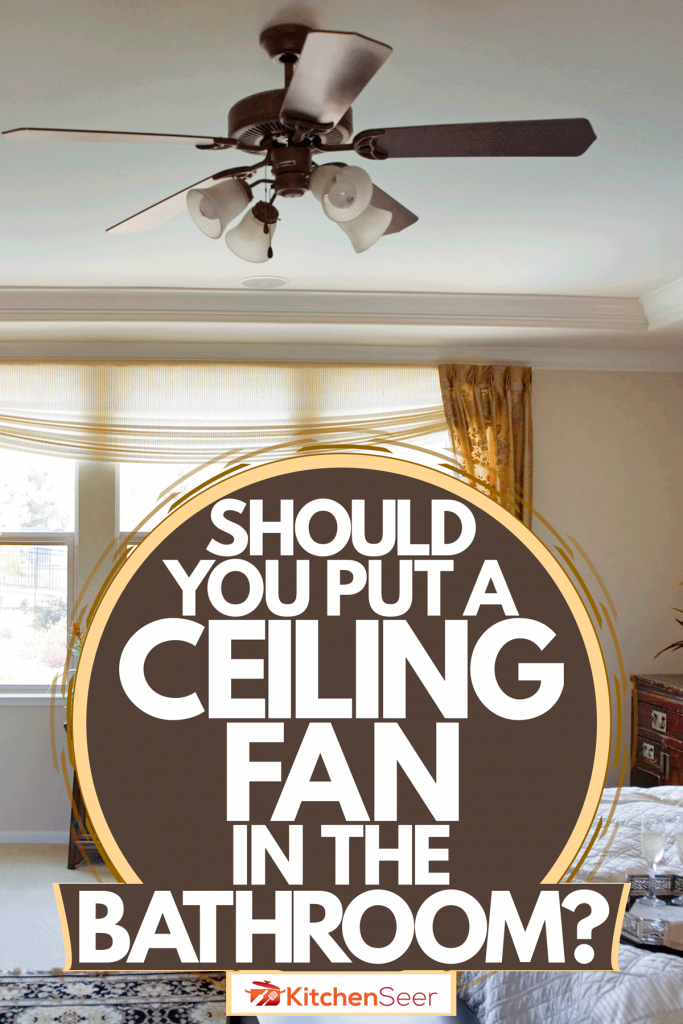 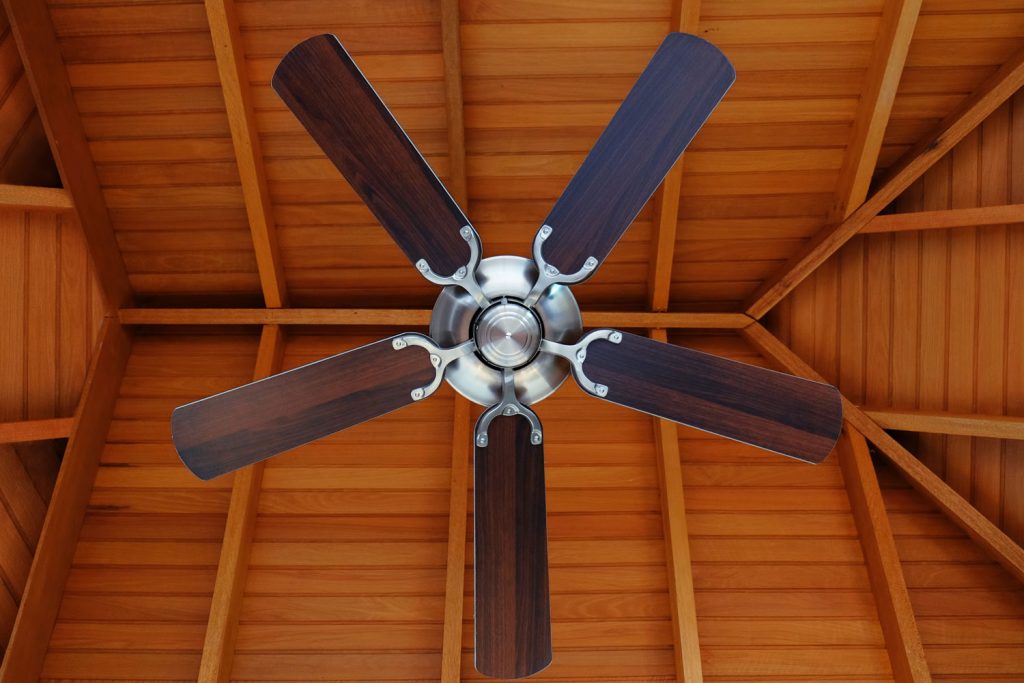 Out of the Way

Unlike floor fans with long cords and often get in the way, ceiling fans are fixed on the ceiling and never get in the way around the room. This keeps your room looking neat and tidy, and you'll never have to adjust the fan if you move to a different part of the room. 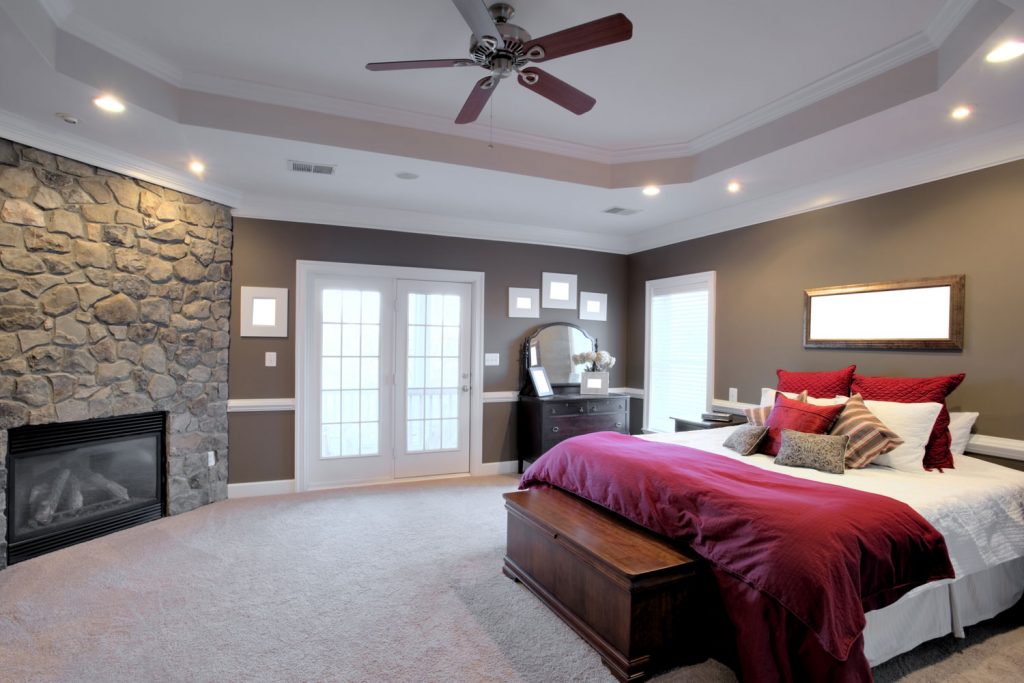 Did you know if you reverse the way your fan spins for the winter, it circulates warm air instead of cool air? If you run your fan clockwise in the winter, your fan will make you feel warmer. Remember to keep the fan on a low setting in winter to reduce airflow, which acts as a coolant when the soft breeze hits your skin.

Ceiling fans are often seen as ugly, especially by professional stagers and interior designers. It's very easy to install a ceiling fan that clashes with the room's design, which can lower the value of your home. Before installing a ceiling fan, make sure you compare designs to improve your room rather than detract from the decor. 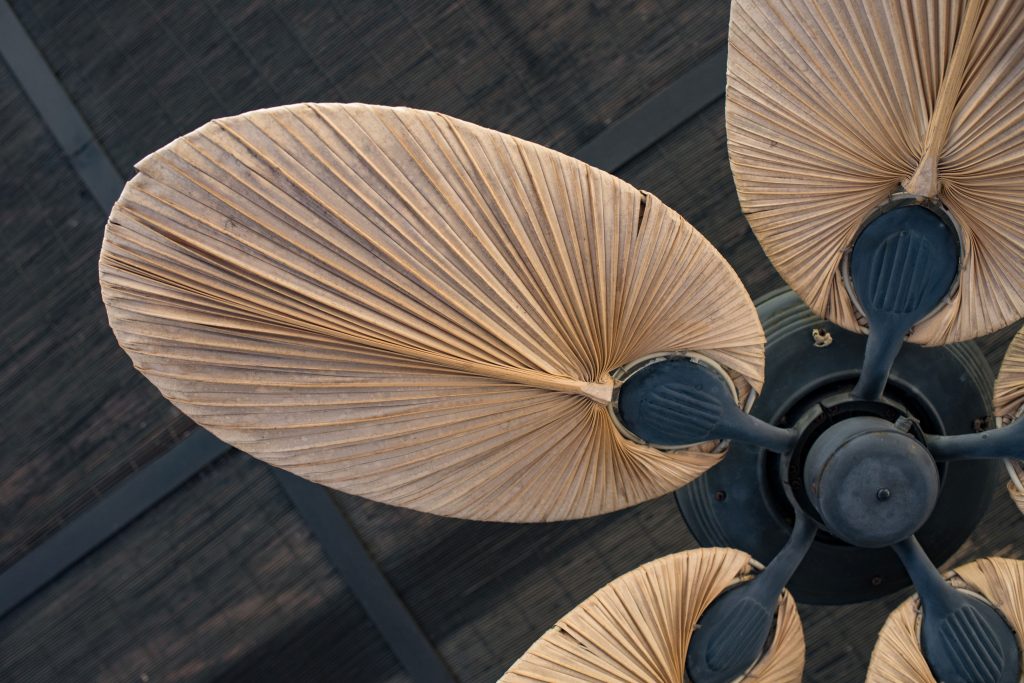 A Decrease in Head Space

Many ceiling fans make small clicks as they run. This can annoy some people, especially those with disorders such as misophonia or obsessive-compulsive disorder. However, these clicks are usually quiet and repetitive and constitute white noise that is easy to ignore for most people.

If you don't install your ceiling fan correctly, it might fall, and the spinning blades have the potential to injure anyone around. However, this isn't a common occurrence, and the risk of being injured by a flying fan blade is relatively low. When you install a ceiling fan, make sure you use the proper equipment and secure it flat against the ceiling. 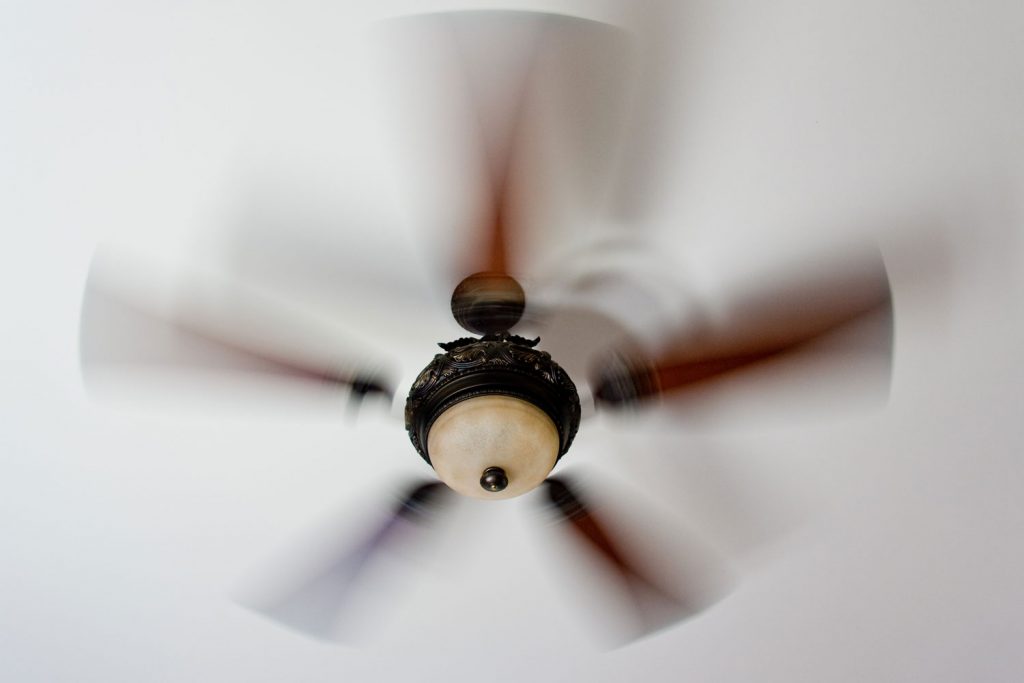 Fans fall into two main categories: ceiling and floor fans. There are many differences between the two, and you have to determine what would work best for you.

Floor fans are easy to move around. This means you can move them around the room and adjust the angle of the fan to hit you more directly while you're working or sleeping. While ceiling fans focus on circulating air throughout the entire room, floor fans focus on a single area, and that area gets cooler than with a ceiling fan.

Floor fans come with long cords that often get in the way and pose a tripping hazard. Especially in small rooms, floor fans can disrupt the flow of the room and make the space crowded. On the other hand, Ceiling fans are always out of the way, and you don't have to worry about moving them according to where you're going to be.

Ceiling fans are better overall for most people because they aren't a hazard and don't get in the way, but depending on what you're using your fan for, you may opt for a floor fan instead.

Where Should A Ceiling Fan Be Placed In A Bedroom?

Ceiling fans are almost always placed in the center of the bedroom for optimal airflow and to preserve the decorum. Here are some general rules to follow when installing your ceiling fan:

Does A Ceiling Fan Use A Lot Of Electricity?

Ceiling fans don't use a lot of electricity, especially relative to their air conditioning or tower fan counterparts. On average, ceiling fans run between 15 and 90 watts. Over the course of a day, this isn't much electricity, but if you're running your fan 24/7 all summer, your ceiling fan will consume a lot of energy.

Overall, it's best to be conscious of how much energy your ceiling fan is consuming and remember to turn it off when you leave the room.

Ceiling fans are useful in bedrooms because they provide circulation to help keep you cool on those warm summer months when you can't afford to turn up the air conditioning any higher. In the winter months, you can reverse the spin of your ceiling fan to circulate warm air. Remember to turn your fans off when you're not in the room because they can't actually cool down the air; they only circulate air and provide a gentle breeze that makes you feel cooler.

Whether or not you decide to install a ceiling fan depends on what will work best for your situation, but we hope you've learned more about ceiling fans and can make an educated decision.

Do Solar Tubes Add Heat To Your Home?

Where Is Radon Found In Homes [Where Is It Most Likely Found In The Home]?

Can You Vacuum Fireplace Ashes?